Today we’d like to introduce you to Linh Le.

Hi Linh, please kick things off for us with an introduction to yourself and your story.
Well, I’m a bass player and a singer based in Long Beach, CA (originally from Rochester, NY/Philadelphia). In 2012, I joined a band with some badass ladies called Bad Cop/Bad Cop (from San Pedro, CA). Ever since we got signed to Fat Wreck Chords in 2014, we have been touring pretty heavily worldwide (https://www.badcopbadcopband.com/).

Of course, then the world stopped in 2020 and we weren’t able to tour for the past couple of years. In the summer of 2020, the marches and movements against systemic racism were gaining a lot of momentum. My partner and I had participated in one of the marches, but this was prior to the accessibility of the vaccine, so being in a crowd was still really sketchy.

During that time, I wanted to do something to help and thought of the idea of a limited t-shirt that people can pre-order and at the end of each month, the proceeds can be sent to organizations like Black Lives Matter, and Stop AAPI Hate, etc. That’s when I thought of a monthly campaign called “Bassists Against Racists,” in which I would recruit a bass player that wants to be featured for the month, have an artist draw up the graphic, and launch a pre-order campaign for the month with the orders shipping the next month.

I was able to get some amazing people to work within making this happen. Paul Smith, of Zombieteeth clothing, is our super talented artist based out of the UK. Gaby Kaos, of Kaos Merch, is our merchandiser for all US orders, plus she’s also an amazing bass queen for Phoenix-based punk band, The Venomous Pinks. Ines Bartl, of Tom Merch based in Germany, is our merchandiser for all International Orders, who focuses on using sustainable materials.

Since starting this campaign, we’ve been able to raise over $30k for organizations like BLM, Stop AAPI Hate, and the National Bail Out and over 5K Euros for numerous NGOs in Europe, like Mission Lifelife, Doctors without Borders, and Keinbach Auf Nazis. And we’ve been able to feature bass players like Eloise of The Linda Lindas, Seye Adelekan of The Gorillaz, Georgia South of The Nova Twins, Chris 2 of Anti Flag, and many more.

You can check it out at https://www.bassistagainstracist.com/.

We all face challenges, but looking back would you describe it as a relatively smooth road?
Thankfully, the Bassists Against Racists campaign has been pretty smooth sailing.

I mean, of course, when we don’t raise a lot of money in a month, that can be disappointing but honestly, it’s not a huge concern. We’re just trying to do our best and help organizations where we can.

Thanks for sharing that. So, maybe next you can tell us a bit more about your work?
Well, for Bassists Against Racists, I’m the founder and project manager of the campaign. I’m the point of contact that reaches out to the bass players to see if they’re interested in being a part of the campaign.

Once the month that we would like to feature them comes up (generally speaking a few weeks prior), then I coordinate with them and my team to get the mock-up going and approved, establish with organizations the proceeds will go to for the US and International orders and then schedule the launch.

I’m so proud of what this campaign and my team/friends/colleagues and the bass players we’ve featured have accomplished in the past year and a half since we started this. Not only are we raising money for all these important organizations, but we’re also supporting 2 female-owned businesses, one of which is a POC.

Can you tell us more about what you were like growing up?
Growing up in Rochester, NY, I was always a pretty outgoing and happy kid. I definitely always had a passion for performing in one way, shape, or form. I remember being a kid and playing dress-up, pretending I was a pop star and would perform in front of a massive (invisible) crowd.

I used to take dance classes, was a gymnast, and played soccer. and participated in my school’s choir. If I found a way for me to perform, I would always make it a point to try and get involved. I always enjoyed listening to music and feel that it’s one of those art forms that, to me, touches all the senses. Eventually, I learned to play guitar and bass and started playing in bands.

Jump to 2012, 2 years after, I moved to Southern CA from Philadelphia and I met a group of amazingly talented women and became a part of the most incredible band, called Bad Cop/Bad Cop. I live to entertain and perform and am forever grateful that this dream has come to fruition because of these incredible women. 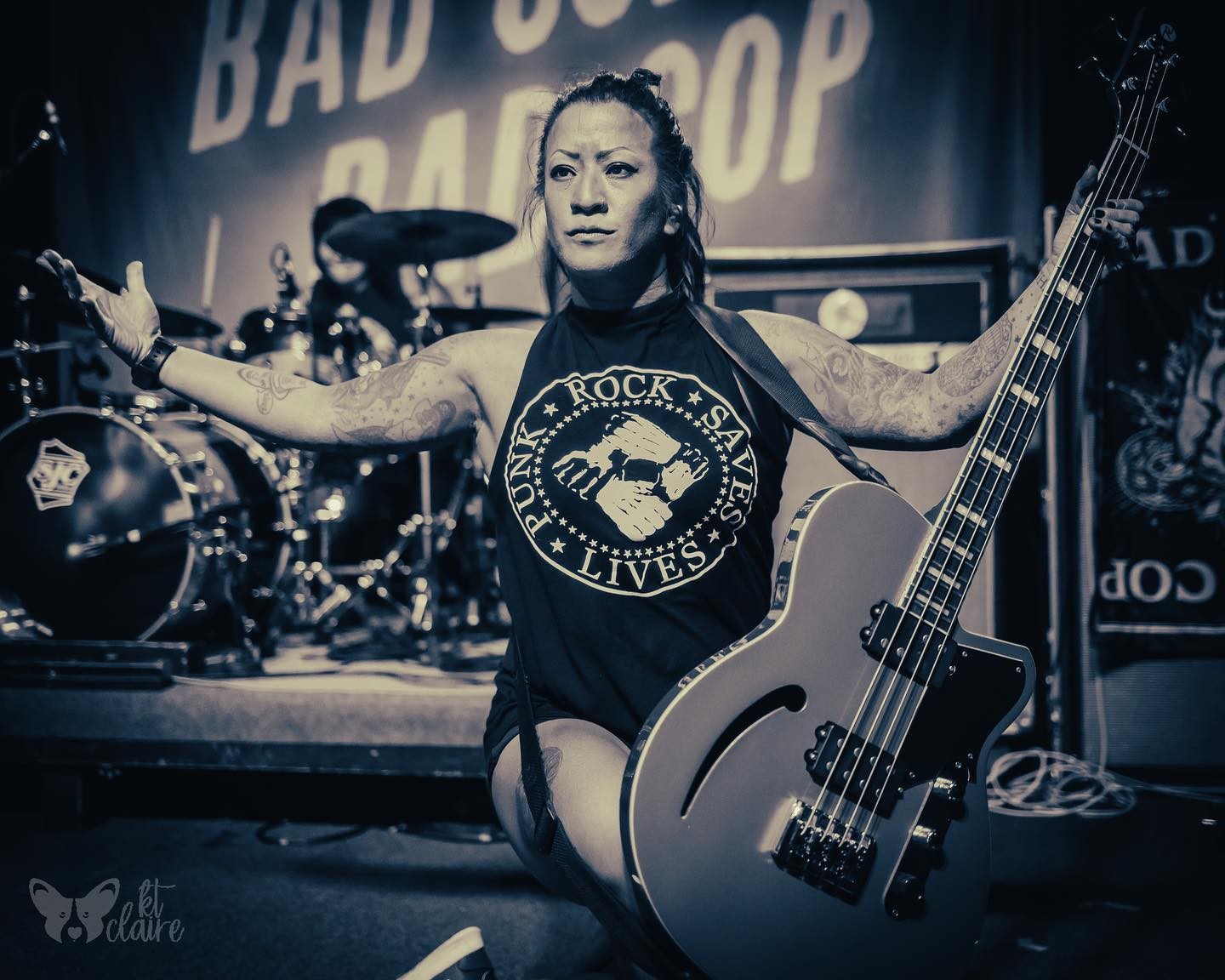 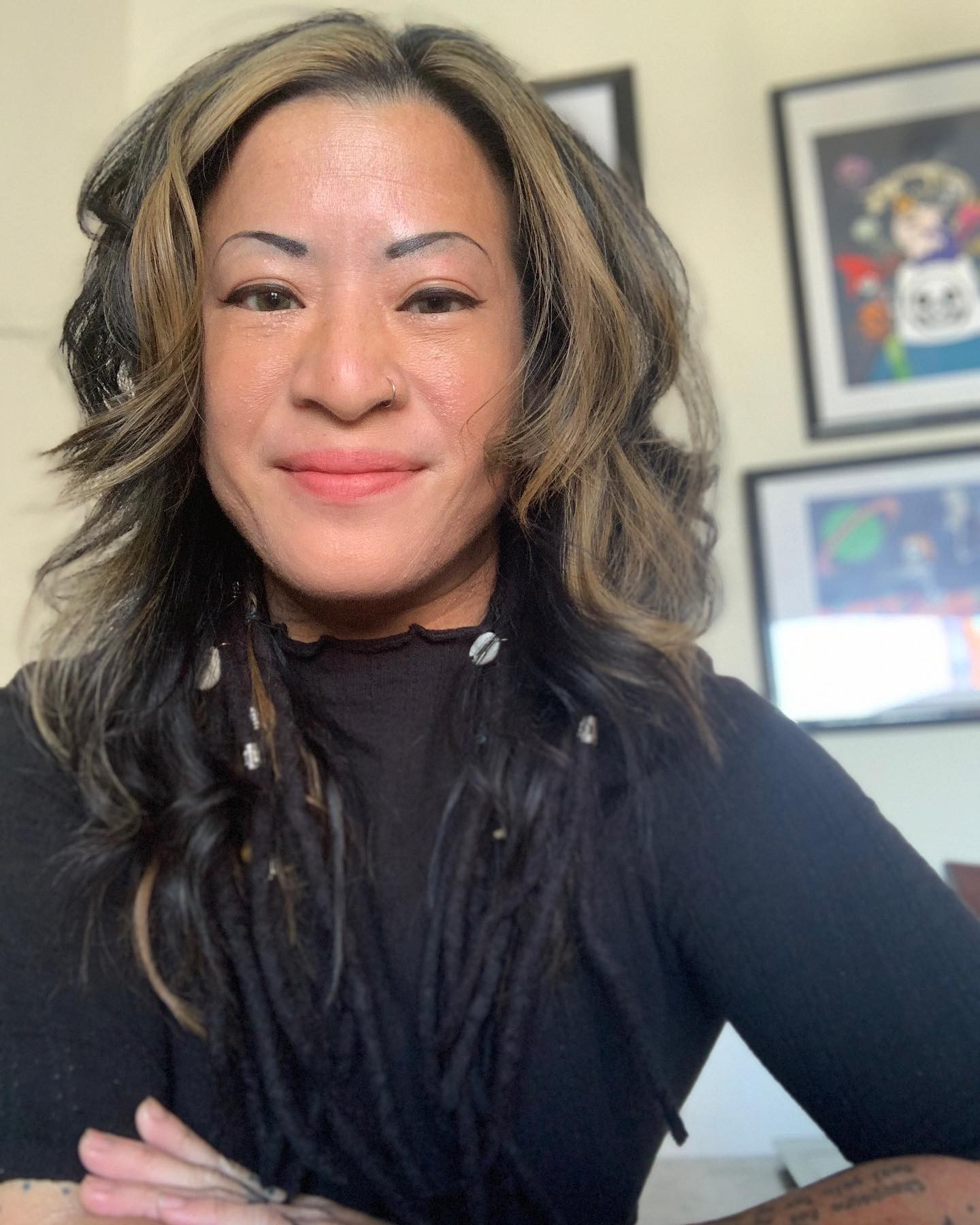