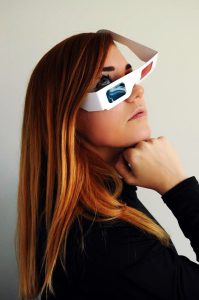 Today we’d like to introduce you to Lindsay Lemez.

Lindsay, can you briefly walk us through your story – how you started and how you got to where you are today.
I was born and raised in Windsor, Ontario Canada. I played a lot of sports so studying Kinesiology and specializing in Sports Business at University was a natural progression. I worked many, many part-time jobs in all industries but my favorite of them all was Blockbuster (4 years). There wasn’t much to do growing up in my hometown except go to the movies or the mall… so my social life was often revolved around film.

I worked for the Detroit Red Wings out of University in the Corporate Partnership Department. This is where I was first introduced to Hollywood and the industry, outside of watching tons and tons of movies.

Detroit, Michigan had just passed a tax break and productions like Ides of March and Transformers were flying in, and the stars of those films would come through the arena to watch hockey games (our partnerships department would aid in these visits). I would meet assistants and ask them how they got to be an assistant for that major actor. I would hear about film festival volunteering, making coffee runs, working in mailrooms. This was the first time I considered film a career path. Toronto was only a four-hour drive from my hometown, I started to look into it.

I found a talent agent in my hometown that worked half the week in Toronto and volunteered my services to do anything she needed. Photocopies? Yep. Dinner reservations? Of course! Meeting casting directors and dropping off Christmas gifts? You bet!

This spurred me to try acting, producing short films and working in PR for a local filmmaker. I ruled them all out, they weren’t my passion.

ESPN offered me a position in New York City in their Marketing Department. I lived in New York for close to four years. I started PAing on short film sets on weekends and volunteering to work red carpets at film festivals in the city. I created a niche market helping improv groups make their comedy pilots for under $500. I learned how to stretch a dollar in production. I took a feature film screenwriting course at Gotham’s Screenwriting school after work and started writing a pilot about LARPers with a friend back home in Canada.

I quit ESPN and moved to LA to pursue film and entertainment, while I was climbing the corporate ladder, I wasn’t feeling creatively fulfilled. Again, I moved somewhere where I didn’t know anyone. I couch-surfed through acquaintances and new friends for a few months while I got set up. I interviewed with all the major studio’s marketing departments in the city.

Meanwhile, I began day-playing as a PA on sets my new friends were regular PA’s on. I was starting to see more jobs on set, and continuing crossing more off the list in finding my passion and path. It wasn’t until my new best friend Thomas (a new actor to LA) mentioned he wrote a script for an LGBTQ web series called ‘Boyfriend Material’ he wanted to make that I jumped at the opportunity to embrace what I’ve been having a hard time to admit…. I wanted to direct it.

For me, the hardest thing about realizing I wanted to be a director, was getting over the fact that I am one of the thousands and viewed as an LA cliche. I was afraid of the follow-up question of “what film school did you go to?” because I didn’t go to film school. I was afraid of them asking what I’ve directed because I hadn’t yet. I just knew that I could do it, and I would love to do it.

We did. From there I was still writing feature screenplays, pilots, and had written a short film entitled Gothic Springs. This was going to be my next piece.

I started to build a team of producers and put a date out into the world for production, and a financing opportunity fell into my lap. I was hoping to build a team of creative collaborators. I was going to pull all my contacts I had made on the shows I’ve worked on so far and work with them to create this foundational piece to demonstrate my vision and quality as a director.

We hired a casting team and brought Peyton List and Judy Kain on-board to star. We filmed August of 2018 over three days in Palm Springs, Pasadena and at a golf course in Van Nuys.

Since the film finished in post-production, it is making its rounds on the festival circuit.

So far it has appeared in:

It is scheduled to screen at:

And we are still waiting back to hear from more!

In the next couple of months, I have a couple of music videos planned to shoot and am in pre-production for my next short film to finish in 2019. At the same time, I am paying bills by working in Post Production on season 6 of Silicon Valley for HBO.

I would like to shoot my first feature next fall.

We’re always bombarded by how great it is to pursue your passion, etc – but we’ve spoken with enough people to know that it’s not always easy. Overall, would you say things have been easy for you?
Moving from one country to another, and now knowing anyone is a major struggle. Building networks and social structures in an industry that is 99% who you know, isn’t easy.

I’ve had to learn to really put myself out there to as many strangers as possible. Chasing down names I see in scrolling credits and asking questions has been my strategy to build a network of professionals who are doing what I want to do, or at least learn more about.

I’ve also found it’s easier said than done finding people who actually want to follow-through with a long process like making a film and putting it into festivals. A lot of people have great intentions and initially want to be involved, but sticking with it through the peaks and valleys is a marathon. I really hope to continue to build my creative tribe and push through together, no matter what the budget or restraint.

So let’s switch gears a bit and go into the Crooked Pine, Motion Picture Company story. Tell us more about your work.
As a person, I had very close relationships with my grandmothers. That really reflects in the characters I write and cast. Gothic Springs cast was over 70% women and over 70% over 50 years old. I want to continue to write characters for minority groups, and that includes age and gender, not just race.

I think there are a lot of directors out there that can hire a great team and create a strong, quality film. But I work very hard to hire a team that not only does that but cultivates a highly creative and open environment. Well-planned shorter production days, and positive leaders that encourage their teams to speak up contribute and feel invested in what we are all creating together.

You won’t see my name taking a glamour credit (“A Lindsay Lemez Film”), because it really does take a village to put a project together.

Has luck played a meaningful role in your life and business?
Finding a $50K budget for a short film with a small window for return on investment isn’t an easy thing to do.

However, many people put a lot of effort into making the project valuable for the investor.

Luck may have introduced me to the right person, looking for the right project at the right time. But hard work in building visual proposals and festival submission strategies were also a part of that.

I would also say luck of working on great shows like Ozark and Arrested Development with Netflix (Post Production), allowed me to meet a lot of people who helped me get my first big project off the ground. 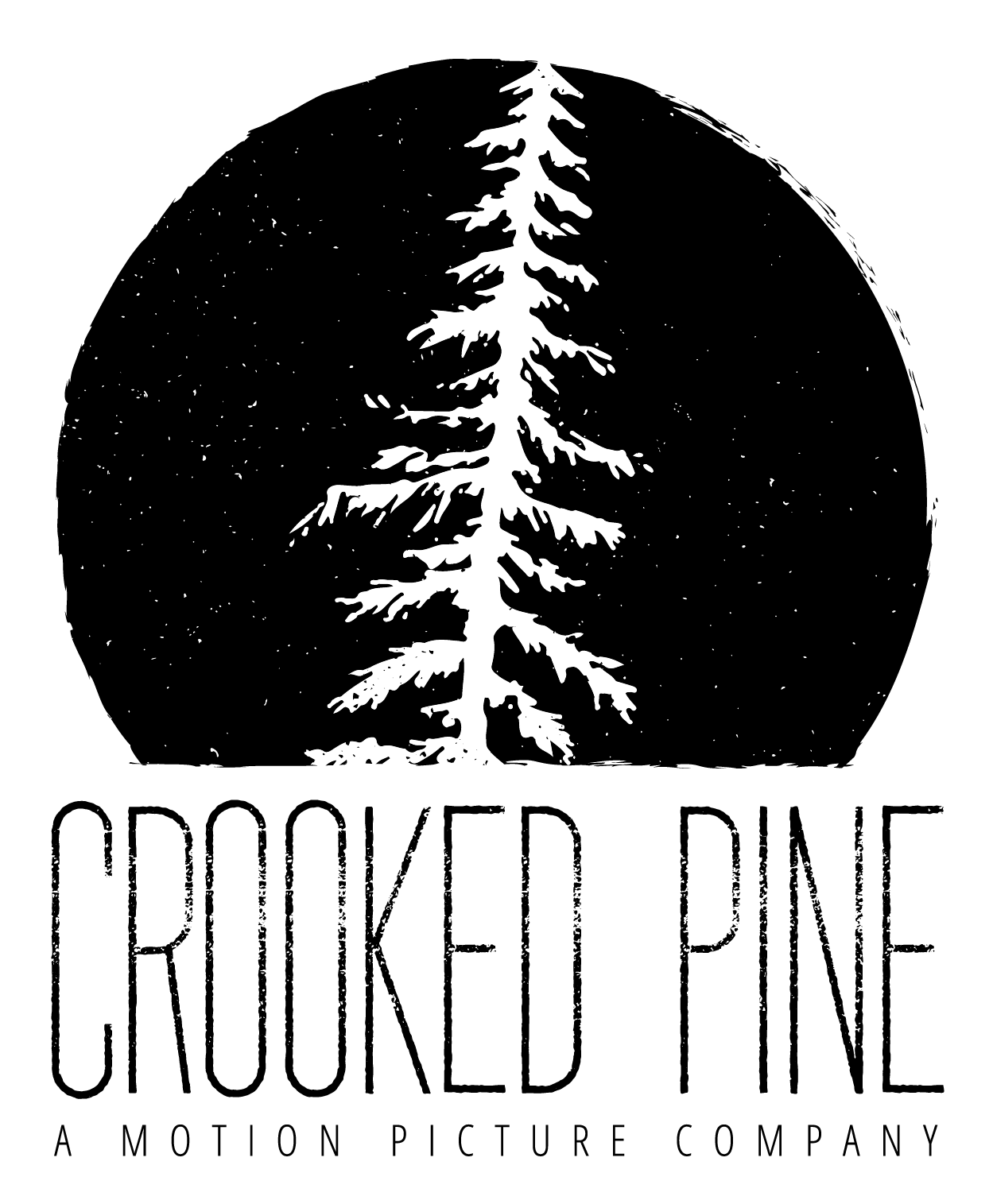 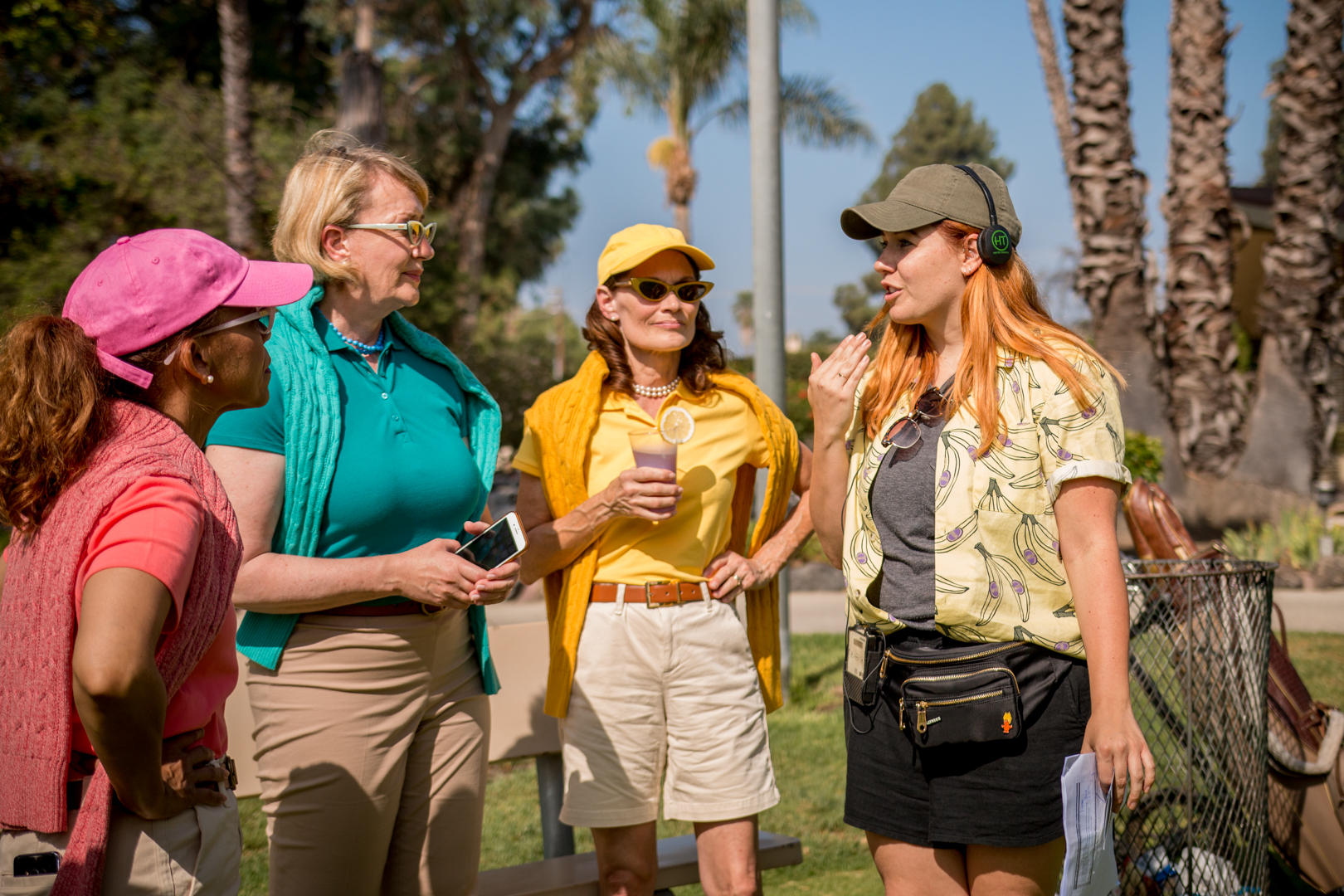 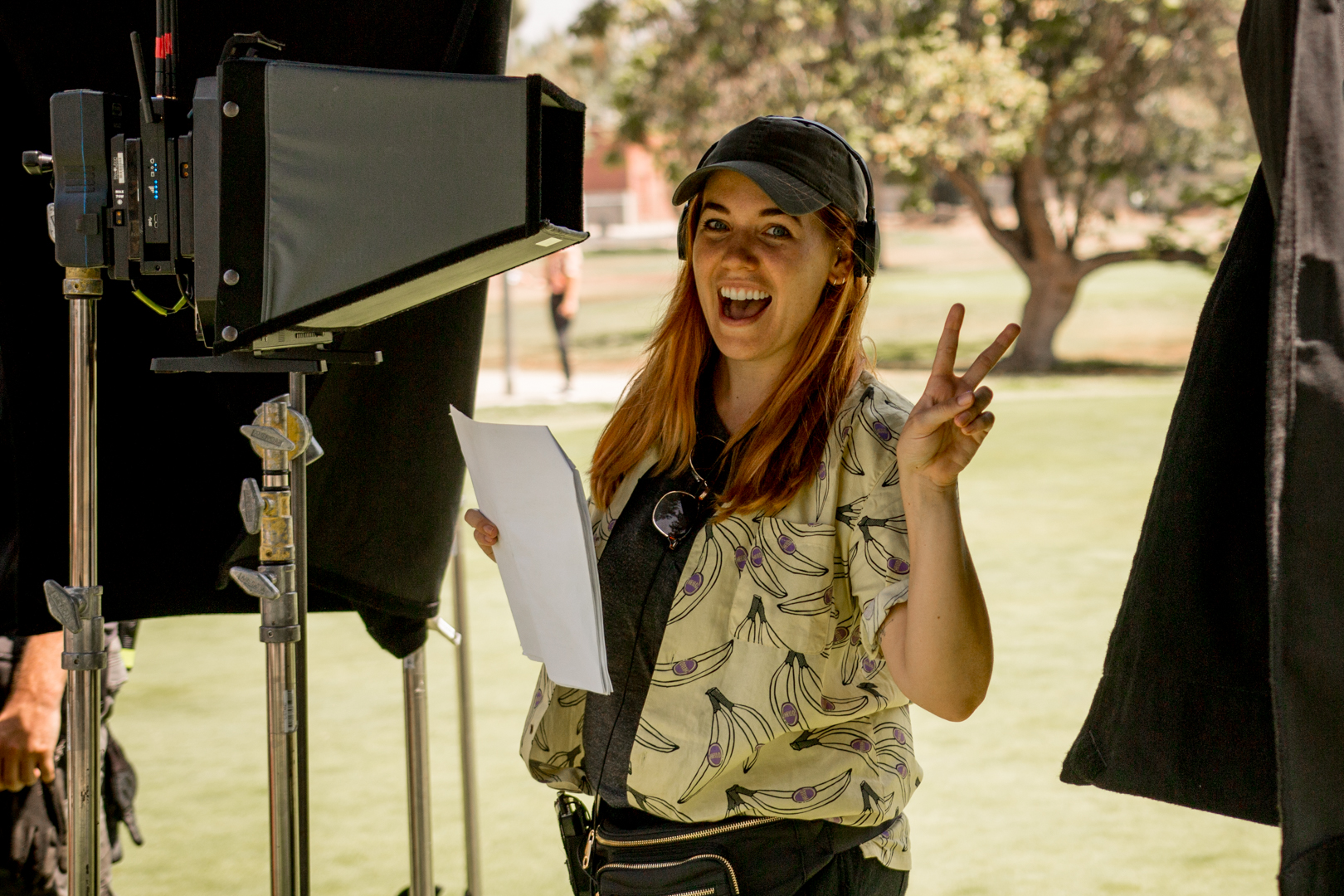 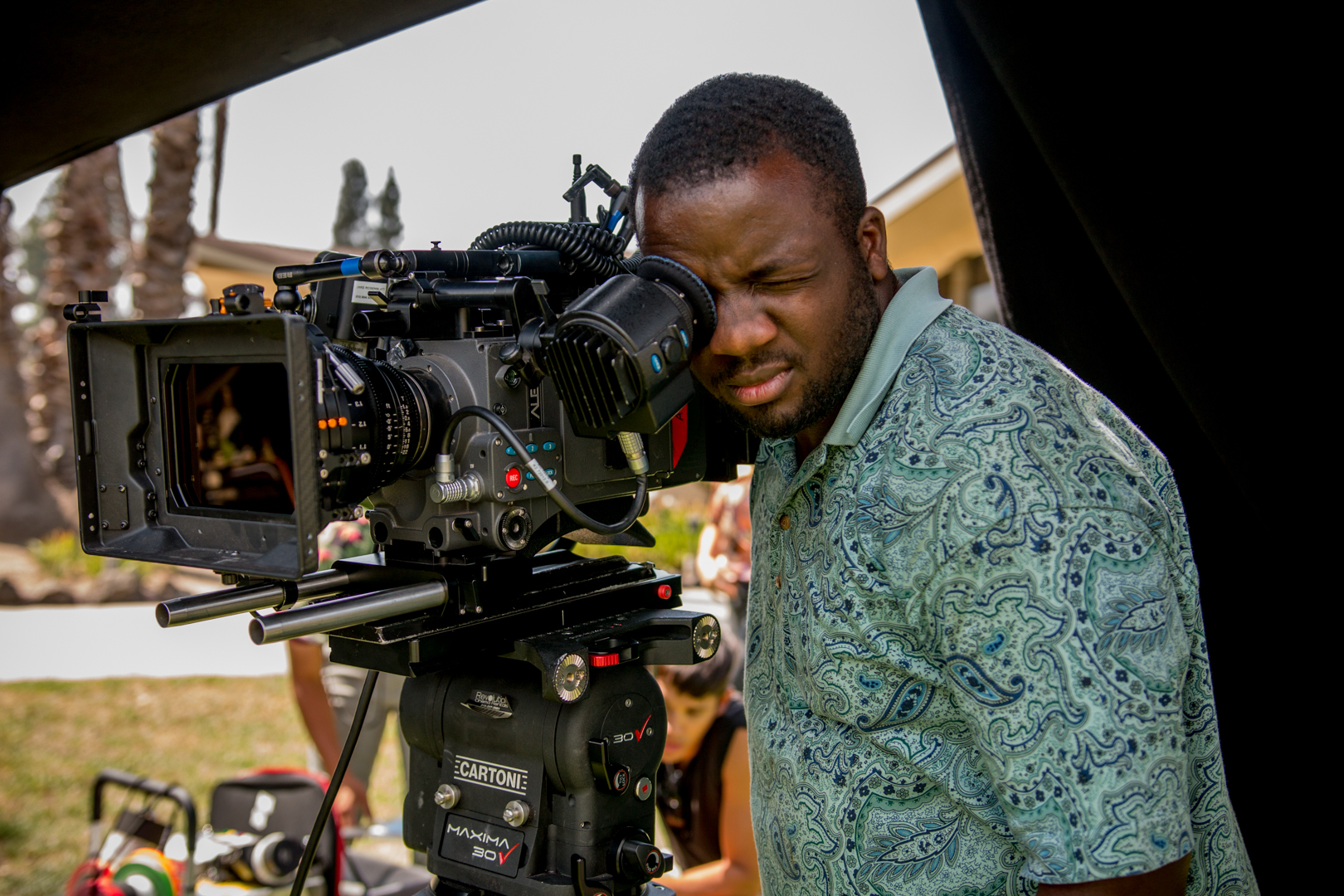 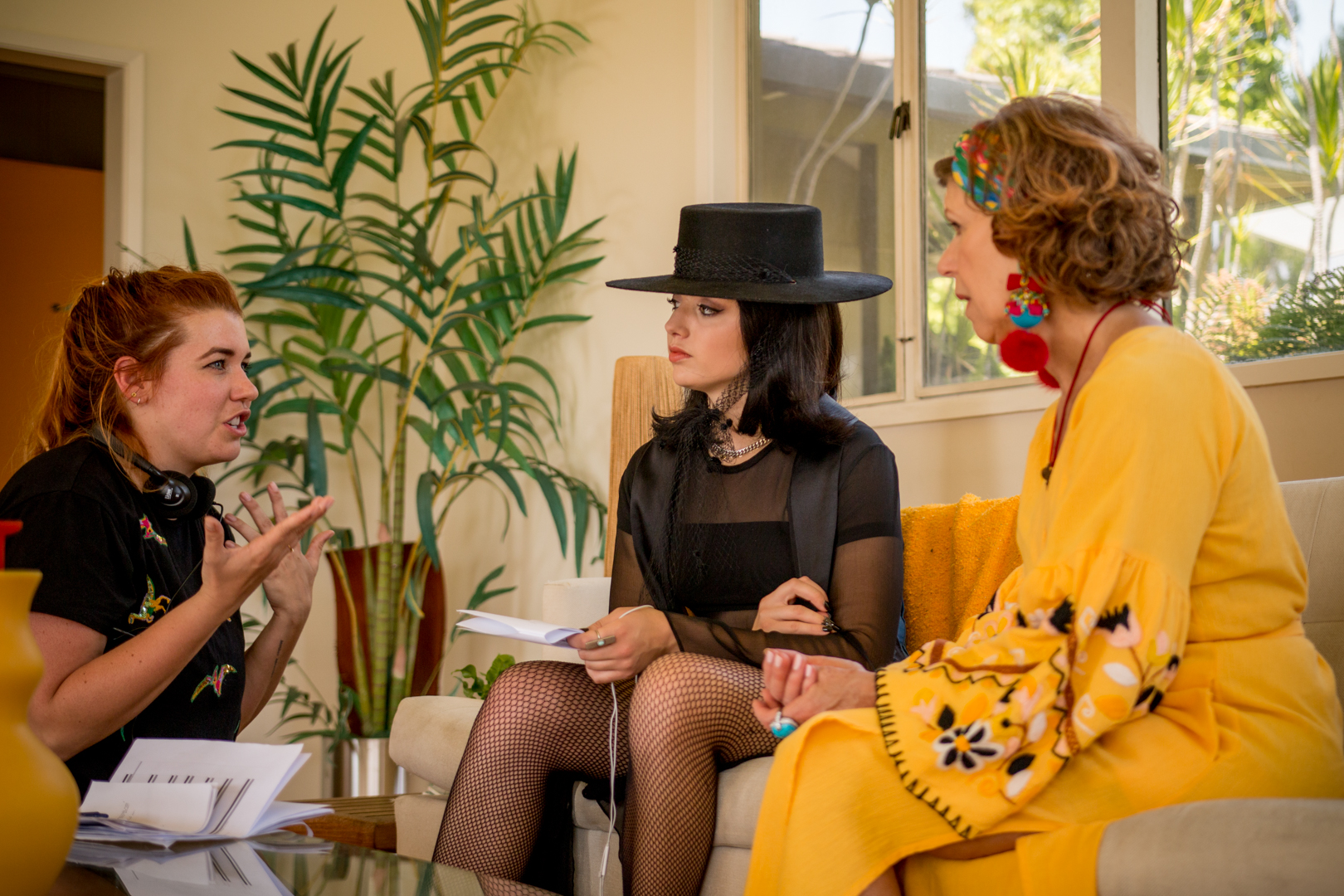 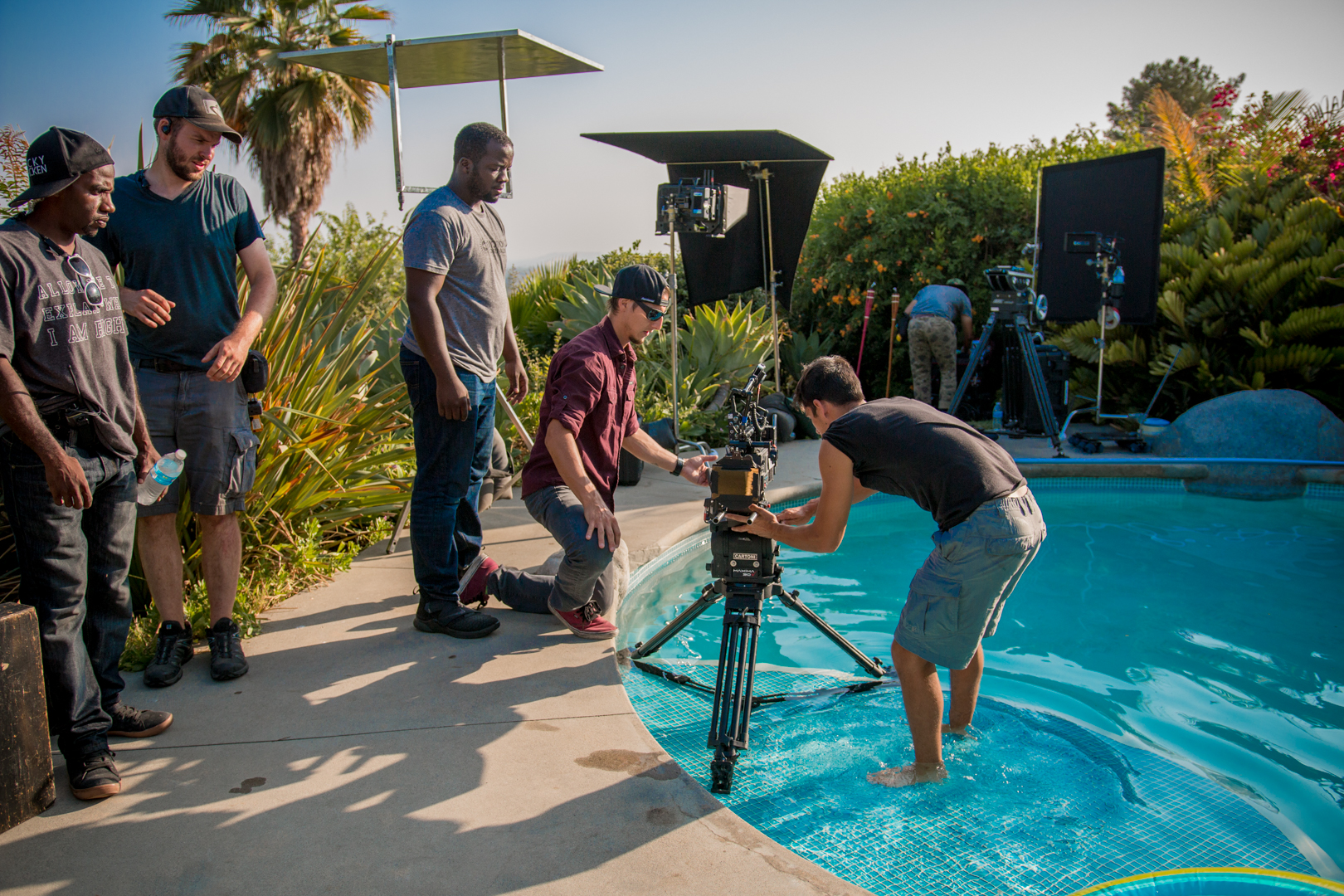 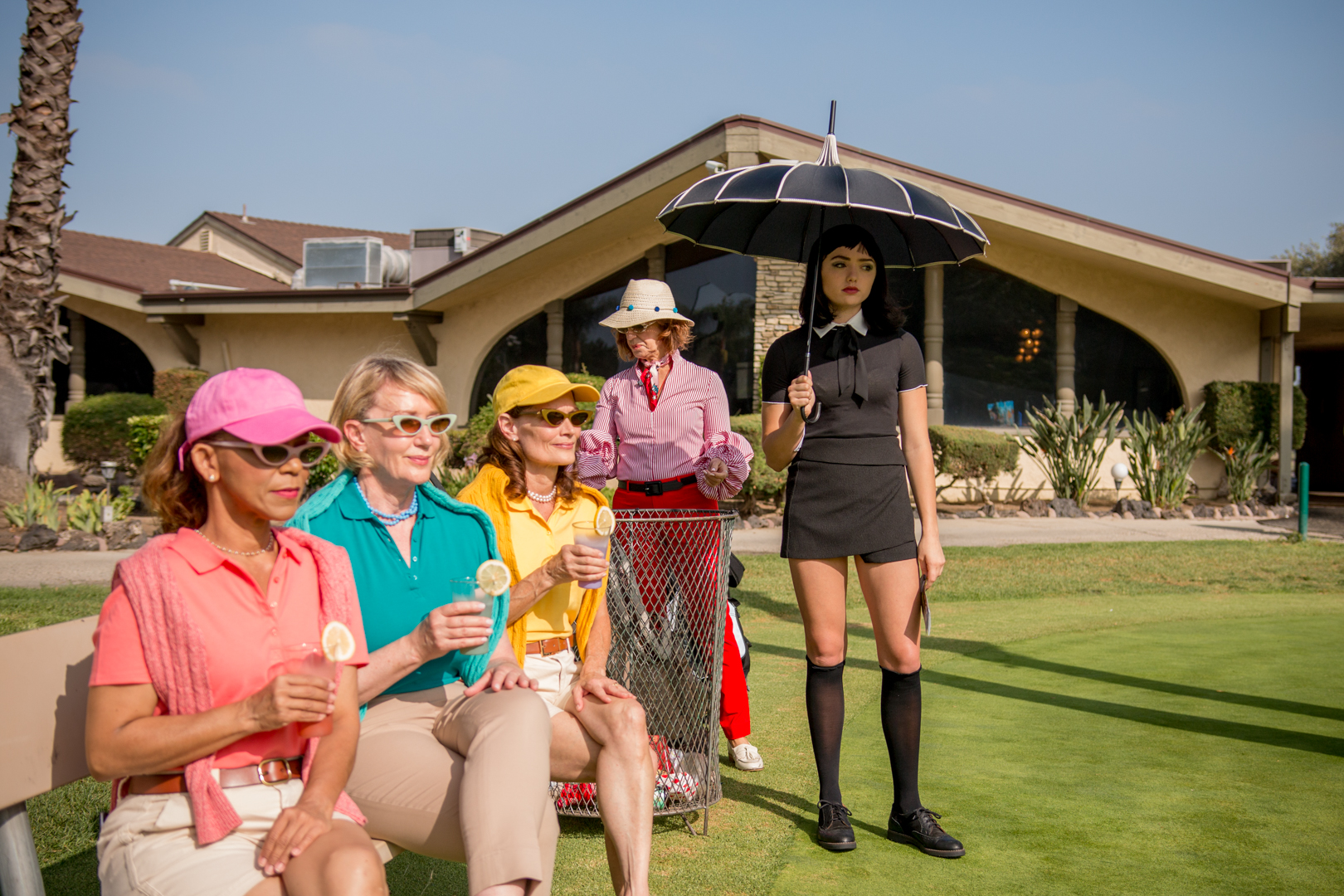 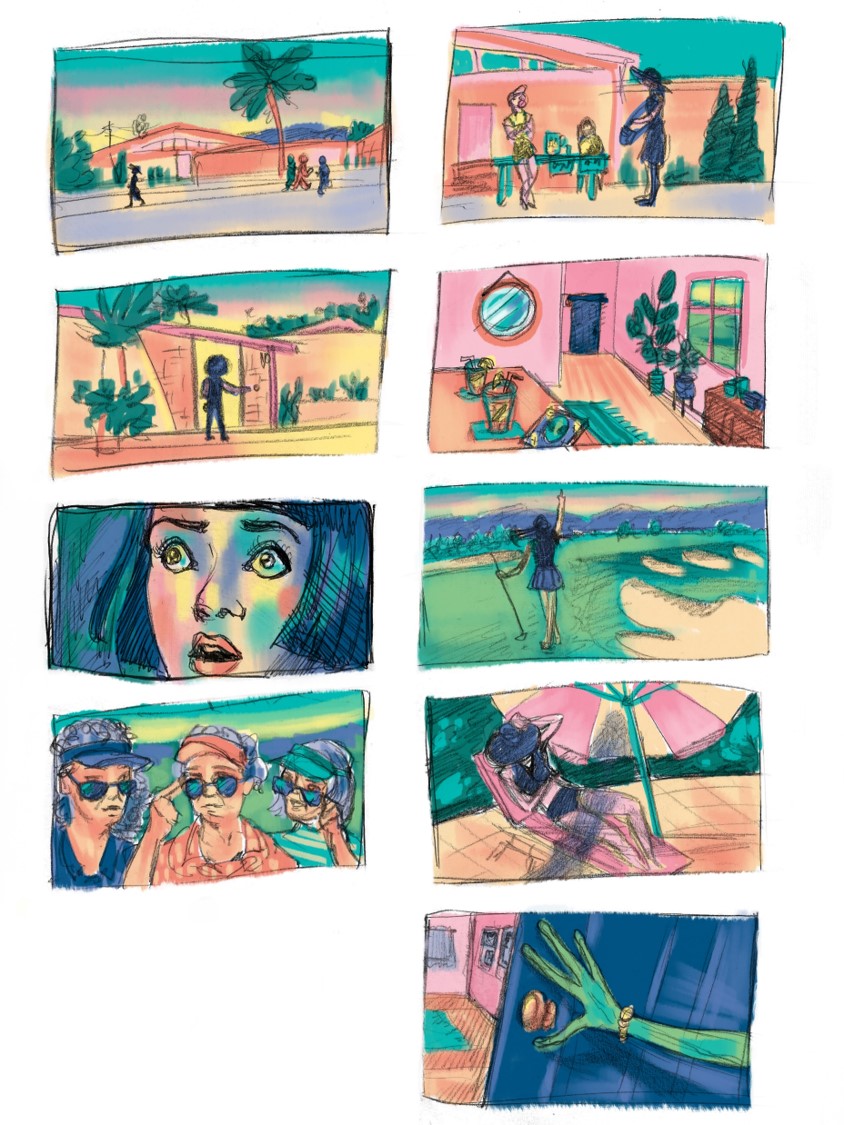 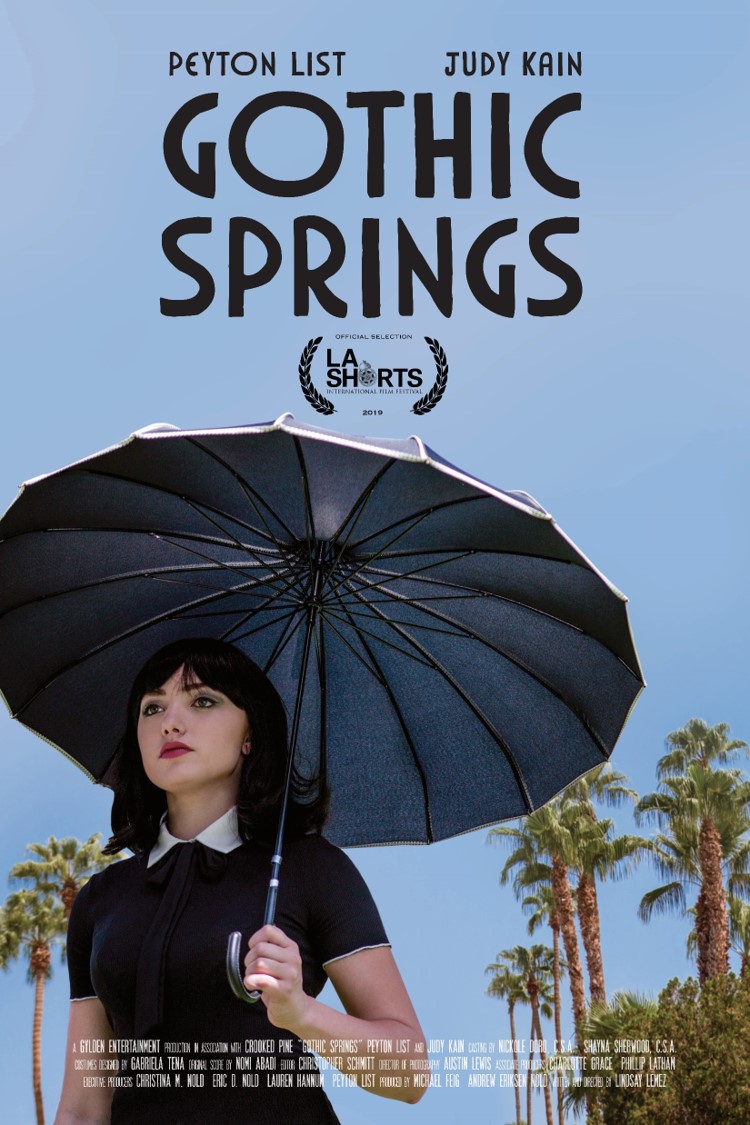 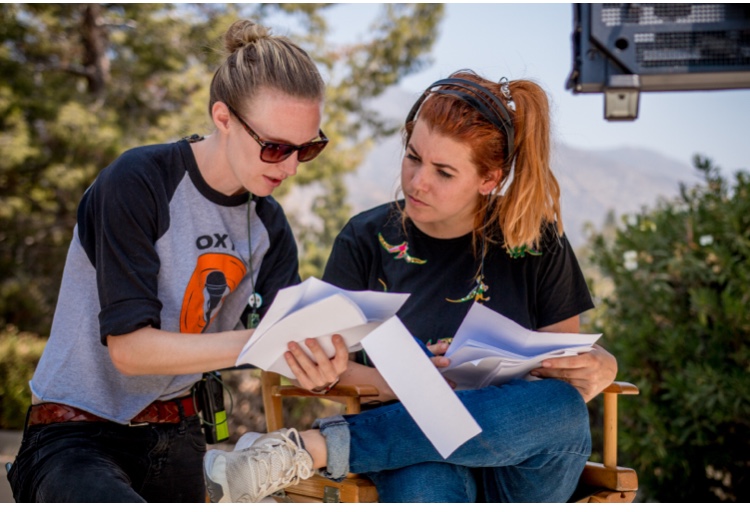 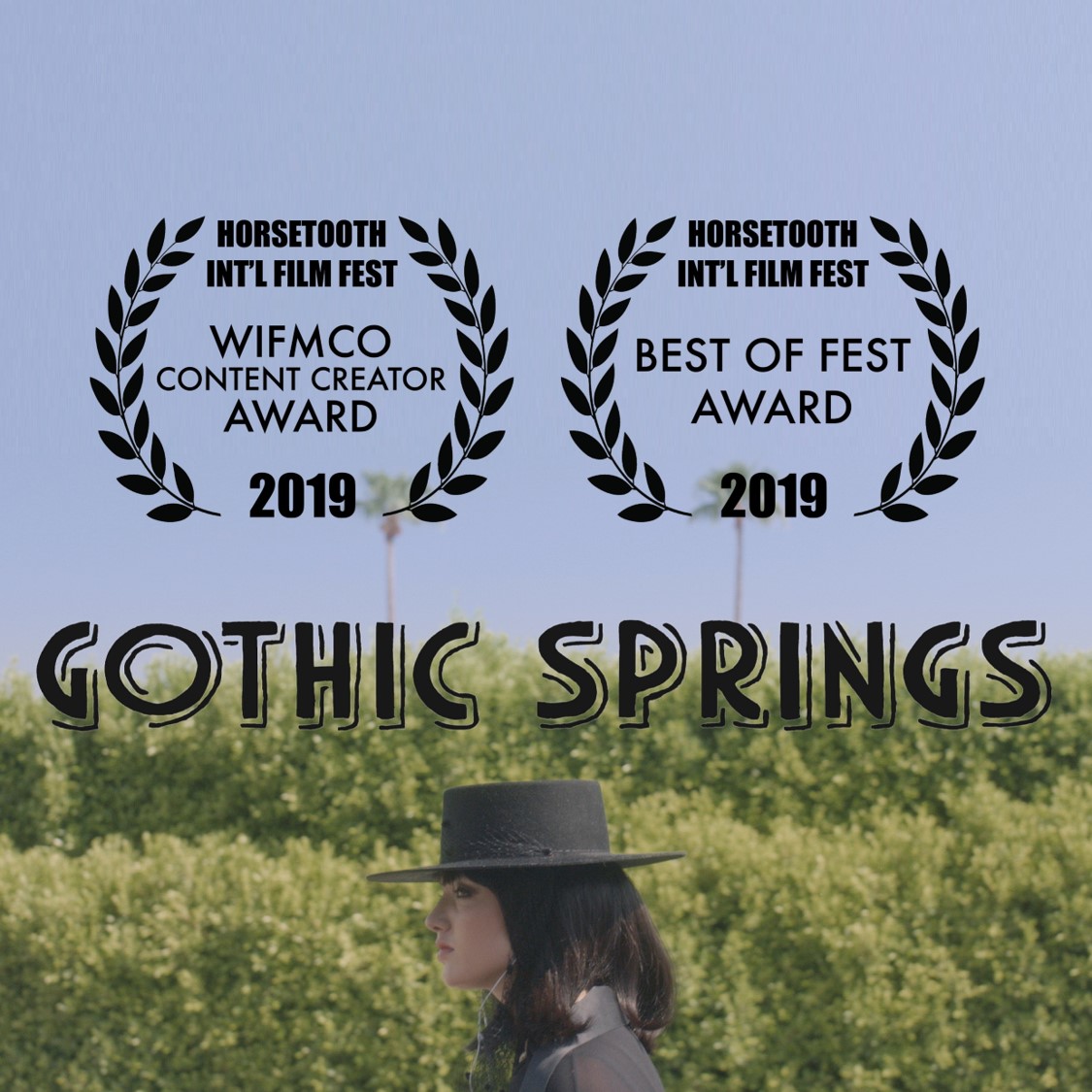