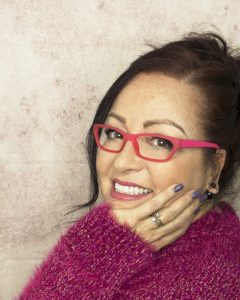 Today we’d like to introduce you to Linda Nile.

Linda, let’s start with your story. We’d love to hear how you got started and how the journey has been so far.
I am originally from New Jersey lived in Boston after High School, then moved to NYC where I worked in the music industry working behind the scenes for Capitol/EMI Records in Promotions and Marketing. I worked on albums with such artists as Natalie Cole, the Red Hot Chili Peppers, Roxette, Queen, David Bowie and more.

Being an artist myself I was totally immersed in how the music biz was run…much to my dismay after about six years I decided to stay in front of the camera instead of behind the scenes although it was necessary training ground. At the time, I was also studying with world-famous vocal coach Maestro Carlo Menotti. He took me under his wing and I studied opera. Carlo told me if you train and sing opera you will never ruin your voice and you can sing anything…My first day at his studio on the Upper West Side, I met Laura Branigan as she was rehearsing “Gloria” in the studio before it was a hit! I went on and performed at Lincoln Center Alice Tulley Hall and soon I had my own show with pianist Barry Levitt playing all the cabaret rooms in NYC. I had quite the following for a few years, then realized I wanted to sing in a rock band…I joined a punk rock band and a country band and eventually ended up on stage at CBGB’s which was on my bucket list! Carlo and Barry were my mentors, I was in my 20s and they looked out for me…It was the 90-s and NYC was the best place for me at that time…In early 2004, I ended up packing my bags, subletting my East Village apartment and drove cross country with my best friend. She ended up in Sedona, Arizona and I went on to Hollywood. As a young gal growing up in Middlesex, New Jersey I would dream of living in Hollywood, Ca. and working as an artist.

Not long after I landed here, I booked a small role on Grey’s Anatomy which then followed with bit parts on tv and film. After a while, I really missed doing theatre in front of a live audience so I joined several theatre companies and found a home at the Whitefire Theatre in Sherman Oaks. I stayed for five years. I was the lead in a Jewish play called “Meshugeneh” which was SOLD OUT and ran for several weeks and went on to be a regular in the Whitefire Comedy Shorts. I wrote my hit 10-minute short “Needless Markup” a spoof on the retail industry. I got the idea from the day job I had working in high-end skincare and makeup at Neiman Marcus, Saks and Nordstrom. Everything I wrote was so outrageous but this was the stuff that was really happening while I was working at these stores as an Independent Contractor. These stories had to be told…I searched high and low for a writing partner and luckily, I found Laura Rosas who fit right in. We are presently looking for a production company or Literary Agent to pitch for a TV series.

I continued doing theatre at night and working in the high-end department stores during the day and ended up playing one of the leads, the mom, Angela Pinnunziato in another great show “My Big Gay Italian Wedding”. We SOLD OUT every performance. This led to other roles at other theatres in and around the LA area. While at the Whitefire Theatre, I met another talented writer Tom Misuraca and actor Aaron Stall. Tom had written a brilliant piece which I knew about and wanted to enter it into the Short and Sweet Festival sponsored by NBC. Out of thousands of entries from all over the globe, our piece “The Diary” made it to the semi-finals and audience favorite. We didn’t take the Grand Prize but you can view “The Diary” on Youtube.

I landed roles on Star Trek “Picard” and several independent films including “Blood Tulips” which won 2 Horror awards as best pictures at the Horror by the Sea Festival in England and the Hollywood Horrorfest. After wrapping that film, I booked a role in the film “Vampire Dad”, directed by Kathryn Moseley… The trailer has over a million hits on YouTube, and you can view it and purchase on all platforms. Both screenings have to be postponed because of Covid-19.

With these uncertain times we are living in, I have also decided to get my real estate license and will be working at Keller Williams Beverly Hills in the Fall. Although I love sales, being an artist makes my heart sing. I am lucky to work with Salome Jens, who is now in her 80s and has had an amazing career as an actress. She still teaches privately at the Actor’s Studio. I have been studying privately with her for over 15 years.

I live a positive lifestyle and enjoy cooking, being by the ocean, hanging out with my friends, theatre, comedy and so much more…Life is enjoyed most when one lives in the moment and enjoy the ride, not a certain place you have to get to. As I get older, I really enjoy my life, still single and living with my two kitties, Rocky and Zoey.

I love the quote, some people want it to happen, some wish it would happen, and others make it happen. For up to date info on my projects, you can visit my website www.lindanile.com, or my podcast on I-tunes and Spotify “Bringing Up Beauty” w/Linda Nile and my Instagram account linda_nile. I try to inspire people to be their authentic selves and reach for the stars…

We’re always bombarded by how great it is to pursue your passion, etc – but we’ve spoken with enough people to know that it’s not always easy. Overall, would you say things have been easy for you?
I left home at 16 years old and have been on my own ever since…

I had days where I had very little money, no place to sleep, but luckily I always found a way to survive. I always had a job or several, worked my butt off in the restaurant industry for years till I was in my mid-20s.

When I arrived in Hollywood, I found out both my parents were ill, and still living on the east coast retired in Florida…My dad had Parkinson’s disease and my mom had Alzheimer’s. I was on a plane back and forth every month trying to help best I could being the only child. I eventually moved them both out here, mom in a nursing home and dad in assisted living…for the next ten years, I also became their Caregiver and as it nearly killed me, I made it through with them till their last breaths. I had to work two jobs seven days/week to pay for a nurse and my career was limited. When my father passed away eight years ago, I got back on the horse and back to my acting…It was so hard taking care of both of them, but luckily I met some wonderful people who helped me and are like family to me to this day.

We’d love to hear more about your business.
I have started a production company with my Business Partner Laura Rosas called Dragon Sky Productions. We are producing shorts and commercials for the moment, but want to grow as an independent film facility.

It is brand new and we are excited to start shooting some content soon!

I have had other businesses in the past on my own but found a very creative person who gets me, my artisitic creativity and humor.

What sets me apart from others is I am a great listener, business person, always dependable, committed and honest.

What were you like growing up?
I grew up in a small town in New Jersey called Middlesex about 35 miles outside of NYC. I was an only child who was raised with amazing values. My dad was retired Military and my mom, the suburban loving housewife.

I was already tap dancing and singing at three years old, my mom tells me. I have always been outgoing and a people person. I guess that’s the Aquarian in me.

I was always in sports, tennis, swimming, the drama club and the choir. 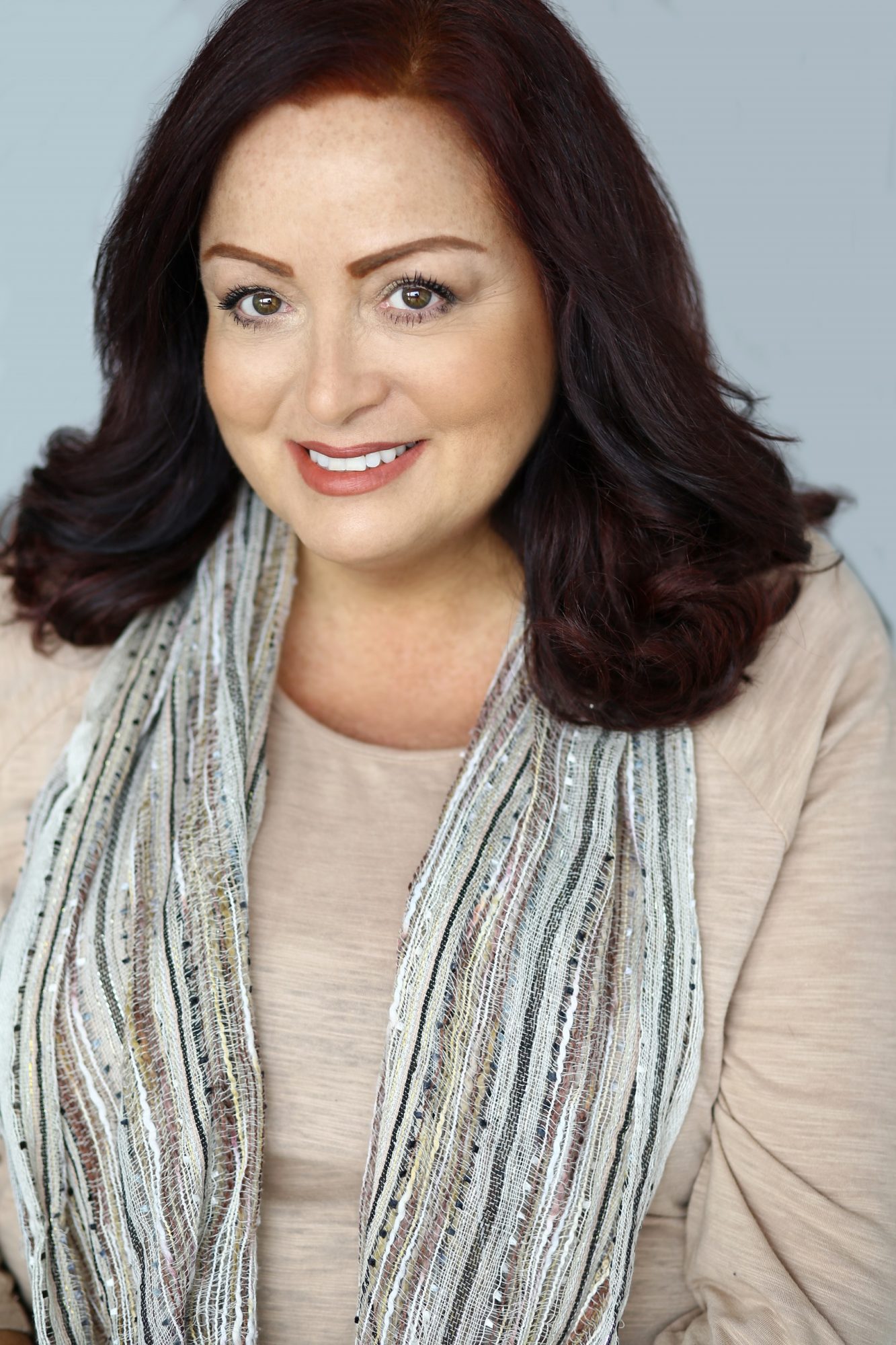 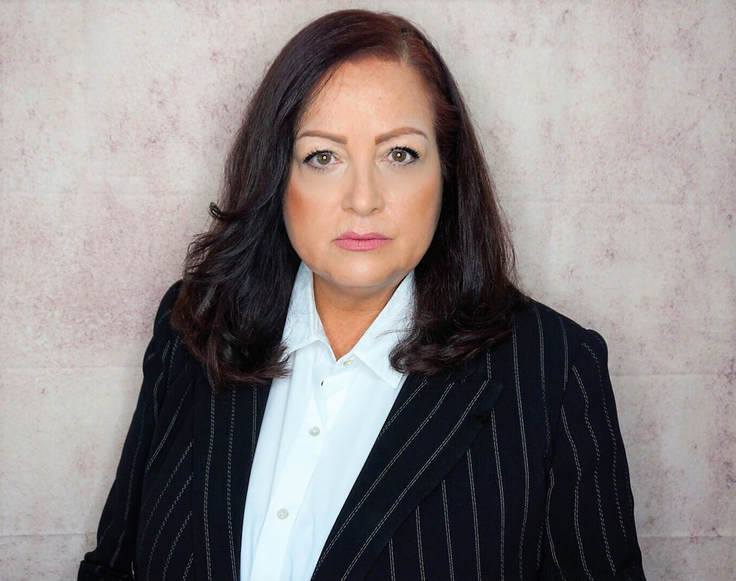 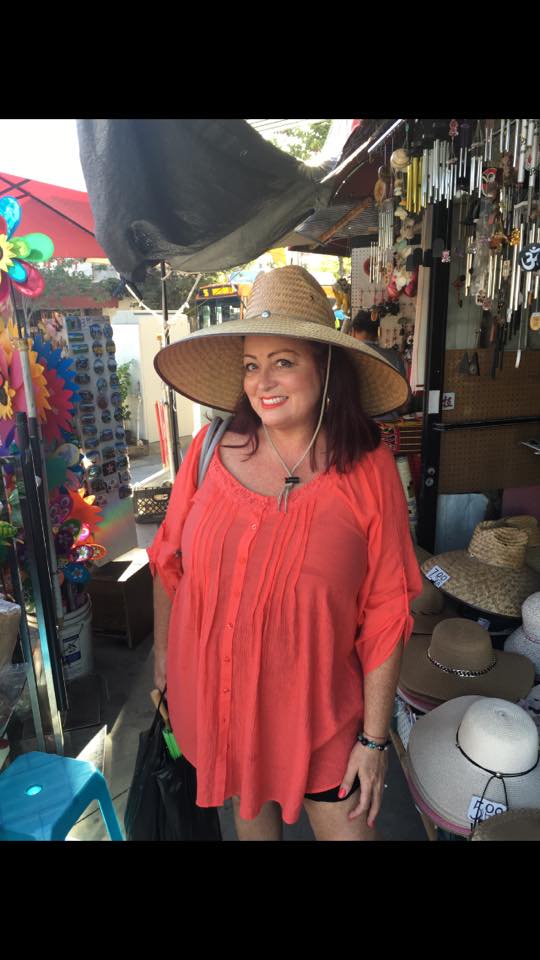 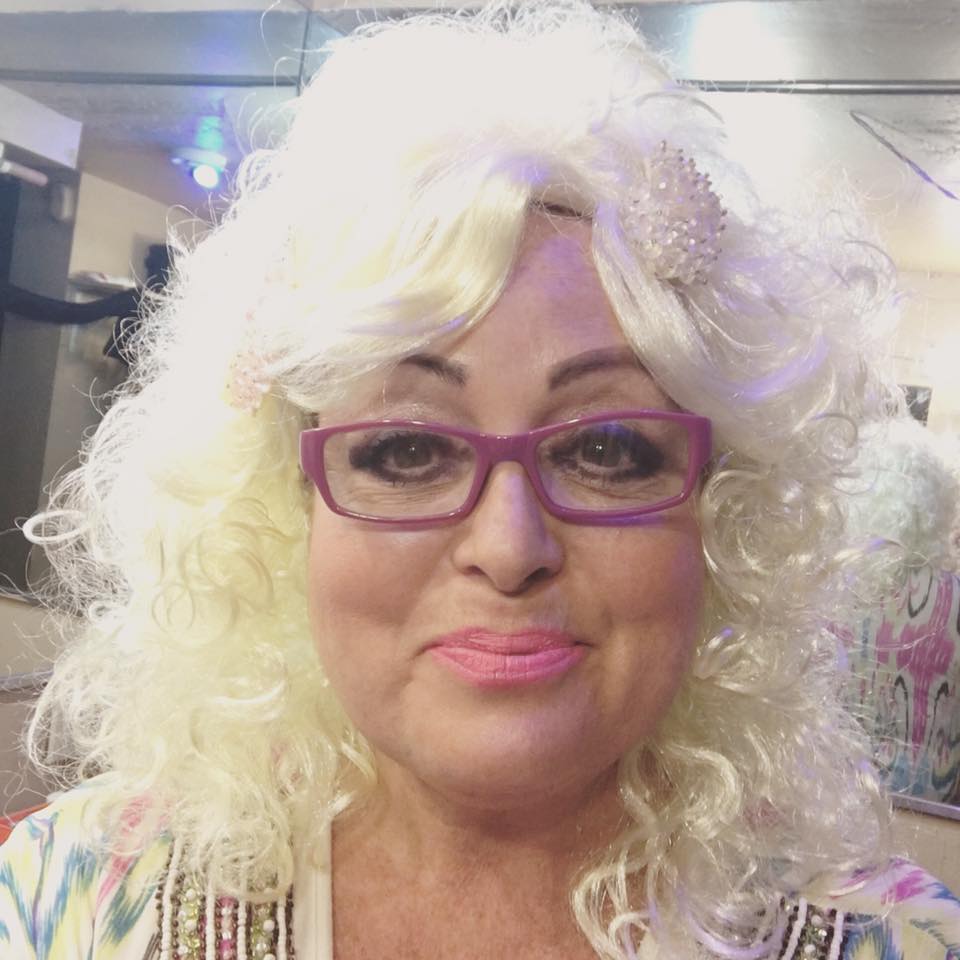 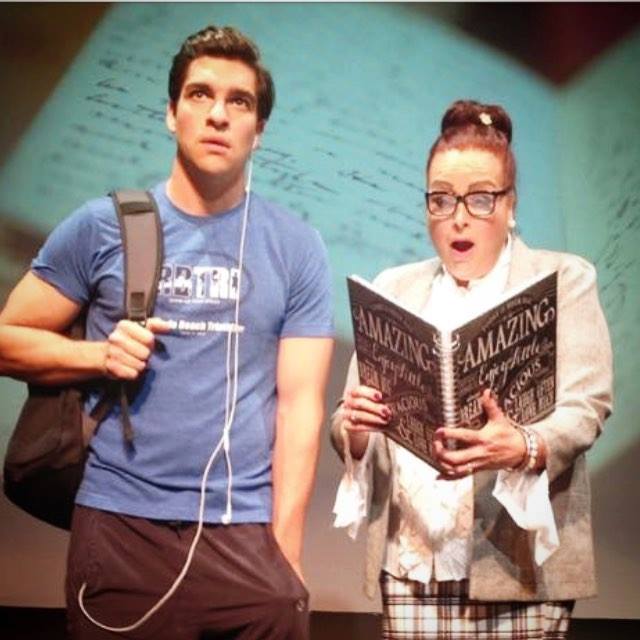 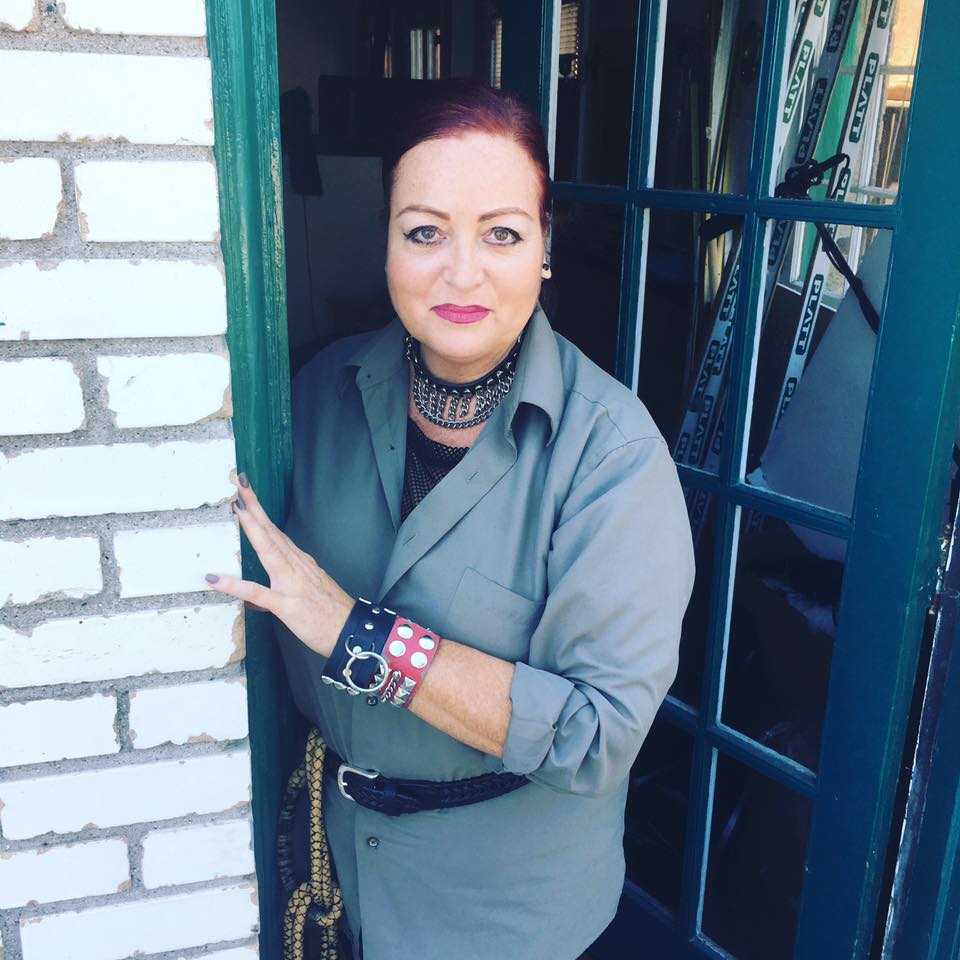