Meet Linda Bailey of Frame A Memory in Woodland Hills 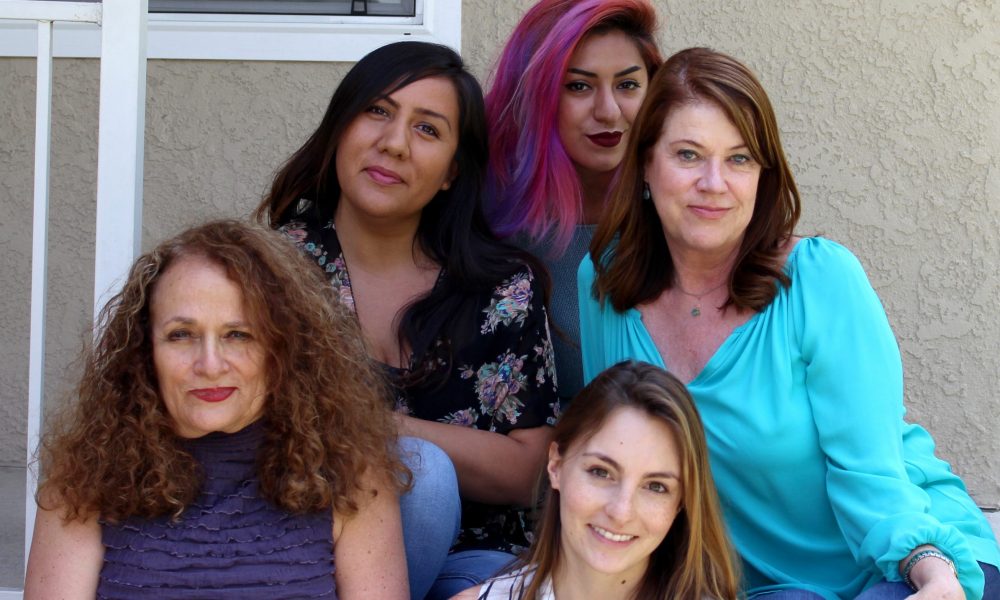 Today we’d like to introduce you to Linda Bailey.

So, before we jump into specific questions about the business, why don’t you give us some details about you and your story.
I was never very fond of school, but I couldn’t wait for art class. I always got an easy A in that subject! I loved to express myself creatively. When I was 17 I went to the Netherlands for the summer as an exchange student. Thus, began my wanderlust for travel. I have traveled all over world and have many more destinations on my bucket list.

I followed my family into a career in the movie industry at 18 years old. My dad was a union leader and they needed a woman in the sound department at Warner Brothers. I started in post-production and spent 9 years learning what editors, directors, and producers needed from the sound mixer on set. It was a male dominated industry at that time. While many men were brought in and being promoted to sound mixers I was only promoted to a position as a recordist. When I asked my boss why I wasn’t invited to sound mixing classes, he told me that I should be happy with my position as a recordist and he would never promote a woman to be a sound mixer. I had always wanted to work on production so I quit my job. I called my brother who was working on the lot at the time and he said I was insane to quit my job because I would never make it. Two weeks later my brother hired me as a cable person on his new mini-series. I started as second boom on the sound crew. I worked myself up to boom operator on commercials and movies. In between jobs I had to do some sound mixing work for free to get experience and build my resume. After a lot of hard work, I found myself as a sound mixer on set! I was one of the few and only female sound mixers at the time. I was honored to receive a Cinema Audio Society nomination for my work in sound!

After a successful 20-year career, I quit my job to fulfill my dream of getting married and starting a family. Following the heartbreak of multiple miscarriages, I was lucky enough to be chosen by a young mother to adopt her unborn child. I was ecstatic when my daughter was born. Six months later another young girl chose me to adopt her baby boy! When my son was born four months later, I was in heaven. My dream of a family was complete!

As my children grew, I began putting our memories into photo albums, scrapbooks, and photo frames. I needed a better way to display the photos. Putting photos in a standard frame was a huge hassle and changing the photos was nearly impossible. After cracking the glass, chipping a nail, and scratching another good kitchen knife trying to bend the prongs of the picture frame back into place, Frame A Memory came out of necessity. After many attempts, I was able to create a frame that was not only beautiful but unique.

When my friends and family saw the frames being displayed in my house, they wanted to purchase them and they thought the frames would make perfect gifts. I was encouraged to sell my frames to the public. Frame a Memory was in business!

We’re always bombarded by how great it is to pursue your passion, etc. – but we’ve spoken with enough people to know that it’s not always easy. Overall, would you say things have been easy for you?
While running my business and establishing my first online Etsy store, I was also raising two children which is a full-time job on its own. I loved that I could be creative and pursue my passion at the same time. However, a few years later my dream family life was shattered and I found myself a divorced single mom of two kids. I had to rely on my business more than ever. I was entirely on my own.

We’d love to hear more about your business.
Frame A Memory has come a long way since 2011. I personally design each and every frame and all my frames are handmade. Each frame comes with an attached ribbon for hanging, as well as an easel back for free standing. The frames come in over one hundred themes and hundreds of designs, making them the perfect gift and way to display your memories for any occasion. We do customization and special orders.

I started selling my frames at holiday boutiques at schools and craft fairs. I opened my online shop by joining Etsy in 2011. At that point, my sales started increasing. I had to expand my business by hiring employees to help me.

Veronica is my office manager, support, and right-hand woman. She has done everything from making the frames to shipping and handling the inventory. My main creative assistants Ava and Anilu make the frames and oversee the seasonal employees. Their artistic backgrounds and precise work ensure that the frames are high quality. Rachel is my marketing, graphic designer, social media and branding wizard. We’re confident that there are no other frames just like mine on the market.

I was honored when Handmade at Amazon launched in 2015 and they selected me to become one of their first vendors.

I have participated as a vendor in hundreds of charity functions and boutiques all over California. In the last two years our online sales have tripled. In April of 2017, we nearly quadrupled our sales in comparison to the previous year. Our social media following has increased drastically in the last couple of years. Our Instagram, Pinterest, and Facebook audience has tripled in the last six months. I’m launching my own website this summer.