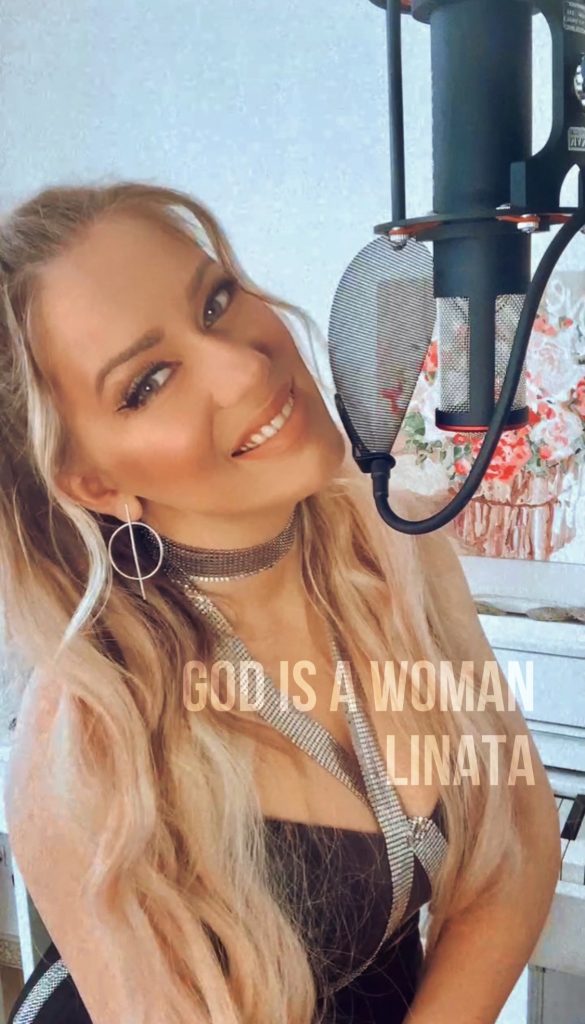 Hi Linata, please kick things off for us with an introduction to yourself and your story.

I fell in love with music and the English language in childhood and that brought me to the stage when I was 9. After that, I attended lots of voice and music lessons and got to jazz vocal school when I was around 16.

As long as musician was not serious profession in post soviet countries, I decided to learn copyright law – which is the most close to the music. During university time, I was still writing songs and singing. After I got my master’s degree and a bit of a practice in law firms and government structures, I gathered my own music band «4Secrets» and started doing live shows.

It was so successful that I left my job and continued singing full-time. Only four months after releasing a video, we got a huge gig in Stereoplaza on New Years Eve 2014. That night we did an opening show for huge pop stars in Ukraine – Loboda and The Hardkiss. So that was a sign for me to go forward and keep pushing. With my band 4Secrets we did more than 100 shows in five years in Ukraine, Dubai, Bali, Maldives and other countries.

In 2016 I connected with Taylor Graves and went to Los Angeles to learn and write music with him. During that trip, he introduced me to Leon Ware, TY Dolla Sign, Kamasi Washington and many other celebrities who he was working with.

Next year we released a duet song with Taylor called «Find you» that we wrote together being in different continents before we met in 2016.

In 2019, I received an invitation to go to a songwriting camp in Costa Rica where I wrote lots of new songs with other songwriters and got great tips from people in the industry who were also there. I met Mama Jan who is one of the best vocal coaches in the US, Nick Furlong, Adam Mcinnis, Andrew Gould and many others.

So in 2020 I went back to LA to keep writing and learning. During that time, I finished «How to love» , my first track released as a solo artist. That song brought me lots of friends and connections. I also met Stevie Mackey who helped to write music for the bridge for this song.

At the end of 2020, I got an award “Discover of the year” as a singer by Touch Magazine in Ukraine. In 2021, I released a video for «How to love» which gained over 30k views on Youtube just in a few days.

In summer of 2021, we released a new single “Roll tonight” that I co-wrote with Jay Dayton (founder of Endure Studios). We managed to finish and record the whole song within one session in LA before I left in summer 2020.

In October 2021 I arrived in LA again to write more songs and learn new skills production-wise. I started learning production at the beginning of 2021 and fell in love with it.

Since that time, I’ve got plenty of new songs and collaborations that I’m going to release this year.

In March 2022, I released the English version of ”Anthem of Ukraine” so anyone can understand the lyrics and the super powerful will of Ukrainians.

Nowadays, I’m working on my debut EP as well.

As with any profession, it was pretty tough until I started doing it professionally and constantly! Of course, it’s still kind of a tough road but I understand that it’s tough everywhere! And the attitude changes everything!

When I started learning how to sing and taking vocal lessons, it wasn’t easy as well! Singing is kind of a muscle so you need to practice very often. It’s also a long road and motivation is very important as well.

Being an artist is a pretty brave profession. Likewise, you need to be ready to show your real emotions and accept any reaction. It’s a mindset that works as well. As a singer we use our body as instruments so we need to keep our instrument healthy and ready to sing anytime! It takes a lot of work as well. That’s why I like yoga and meditation a lot! It helps with keeping the body in fit and the mind in calm and accepting mode.

Even though the road of being an artist is tough, it’s still the most loved thing that makes me wake up every morning.

We need to be brave to create from the heart and do not expect any kind of reaction from the world. That is what helps me to move forward. With that attitude, I started receiving more compliments and messages that my voice/song/performance helped someone with their own issues, healed some situations, or just brought them back to their own path and made them see something clearly! Few months ago, I also got a message that it saved one of my friends from a suicide! It became the most important thing to be able to create from the heart and not to expect any kind of reaction to it. It’s the same with singing on the stage. When you’re able to just give it to the audience – you will find your people who will feel connected. Just because you’re real and honest in what you do.

I started out as a singer. I have been singing since childhood and then I went to a creative studio in Kiev where we had singing classes, choir and music theory, and dancing classes as well. After that, I went to music school to learn jazz vocal and improvisation. That’s where my songwriting got the roots from. Jazz improvisation gives you freedom to do whatever you want in music! And that brought me a desire to write songs. Even when I did a summer school in King’s college London learning copyright law, I was always in the piano room after classes playing around with chords and melodies. That summer, I recorded a few songs in London as well. After graduating from the university and receiving my master degree in copyright law, I gathered my own band and started performing in the evenings while in the morning, I did legal documents and papers for the copyright. I was also managing my band doing social media and concerts organization staff. It was a great time when I learned to perform live with a band and communicate with different audiences.

When songwriting got back to my life in 2016 a new chapter began. Before that just performing covers was sort of enough and pleasing for me. And songwriting healed me as an artist. It opens all your insecurities and issues from within. It’s better than any therapy or psychology. It’s either you’re ready to tell your story or not. But it’s completely ok if you’re not ready. It takes time to process the situation and be ready to talk about it.

Few years before, I also started doing music production that helped me to get the right idea of the song and put out the music structure from my head to computer tracks. So now when I collaborate on the song with someone, it’s so much easier to complete the demo the same day or make a recorded idea and give it to the producer. Before that, I used to just play the piano and record voice memos and mess around with the drum kit and other instruments in Logic as well.

Likewise a few years ago, I decided to give vocal lessons because so many people were asking to share my knowledge and my experience. So as long as all of that time I was still learning and perfecting my knowledge I felt finally ready. And it changed my life as well. It changed my attitude to music and the creative process. It’s all about being able to share your talent with others with no expectations. I always give this example to my students: singing/songwriting/performing is like giving oranges (anything else) to your friends or random people, you just sharing something that you have without expecting anything back. That changes the whole perspective of being creative.

And that gives me power to feel free in what I do to be able to express myself without any expectation as well!

In terms of your work and the industry, what are some of the changes you are expecting to see over the next five to ten years?

It’s pretty hard to predict what may happen with the music industry in 5-10 years. But I feel like we are all going to be more honest and sincere. I think that’s where music is going now. It doesn’t really matter what genre of music or style you do, it’s all about being honest with the audience. That’s why more artists are getting into songwriting and collaborations, to be able to share their own stories and experiences. That’s what touches people’s hearts I believe – true stories and real conversations. 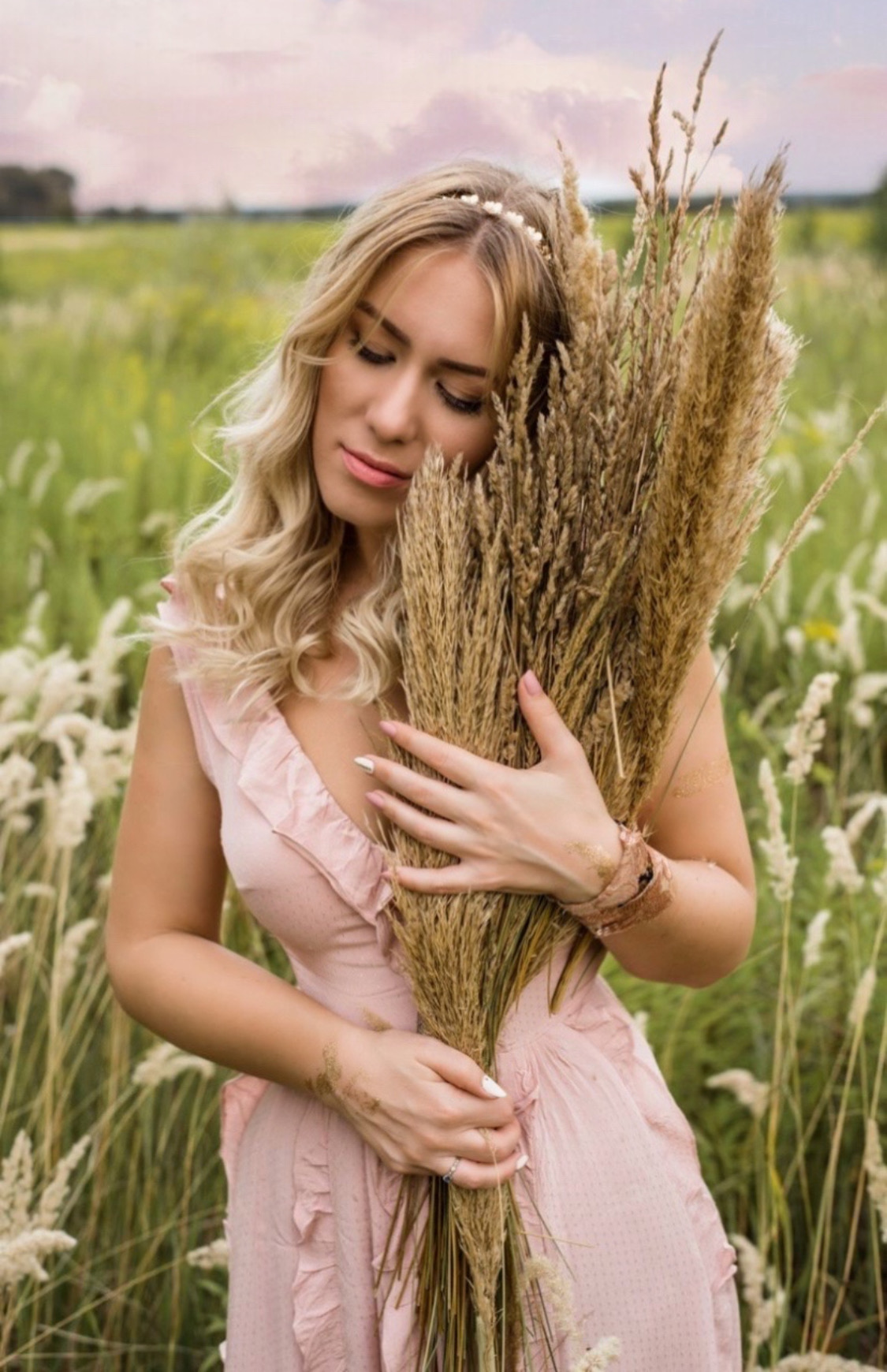 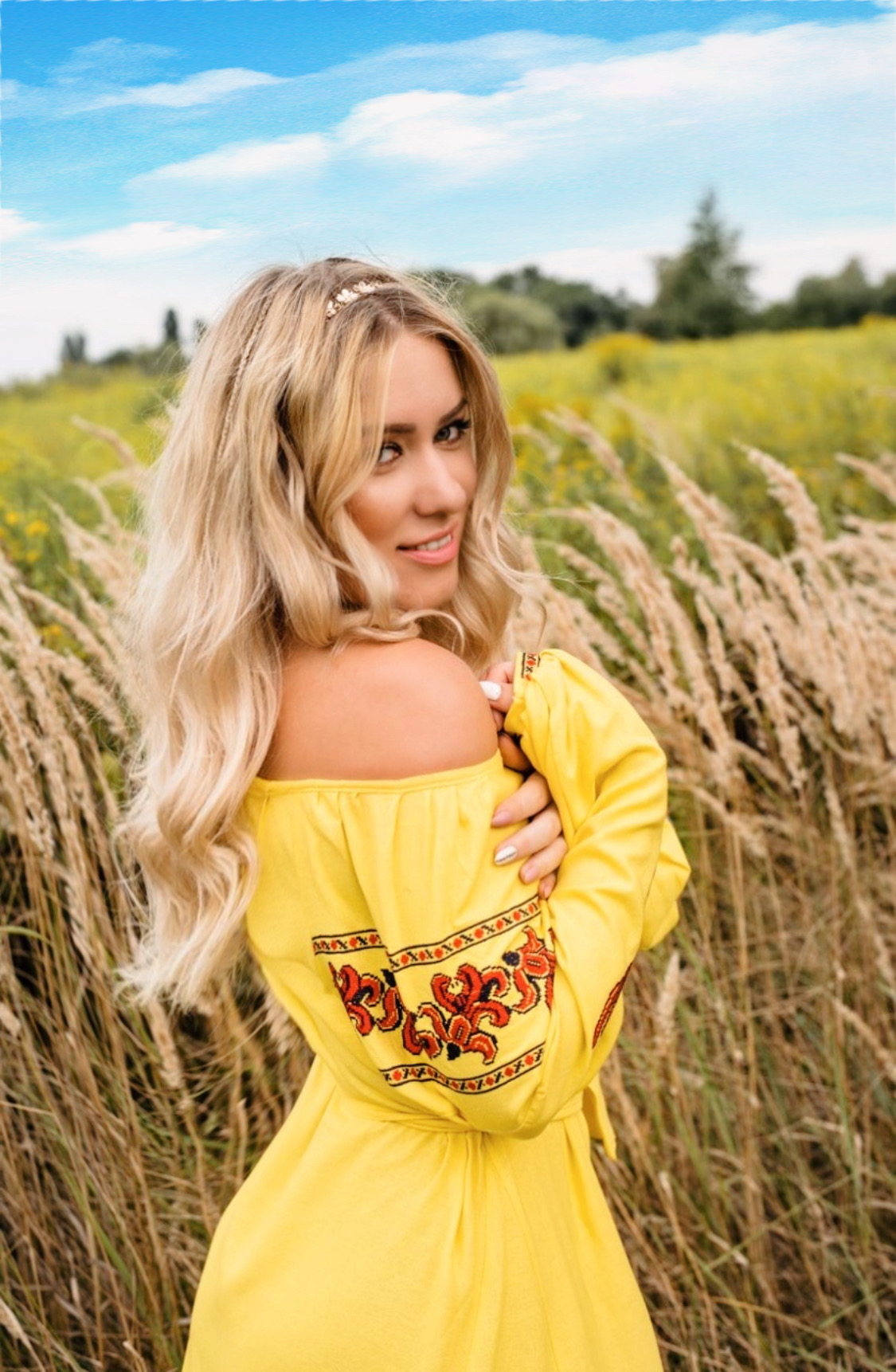 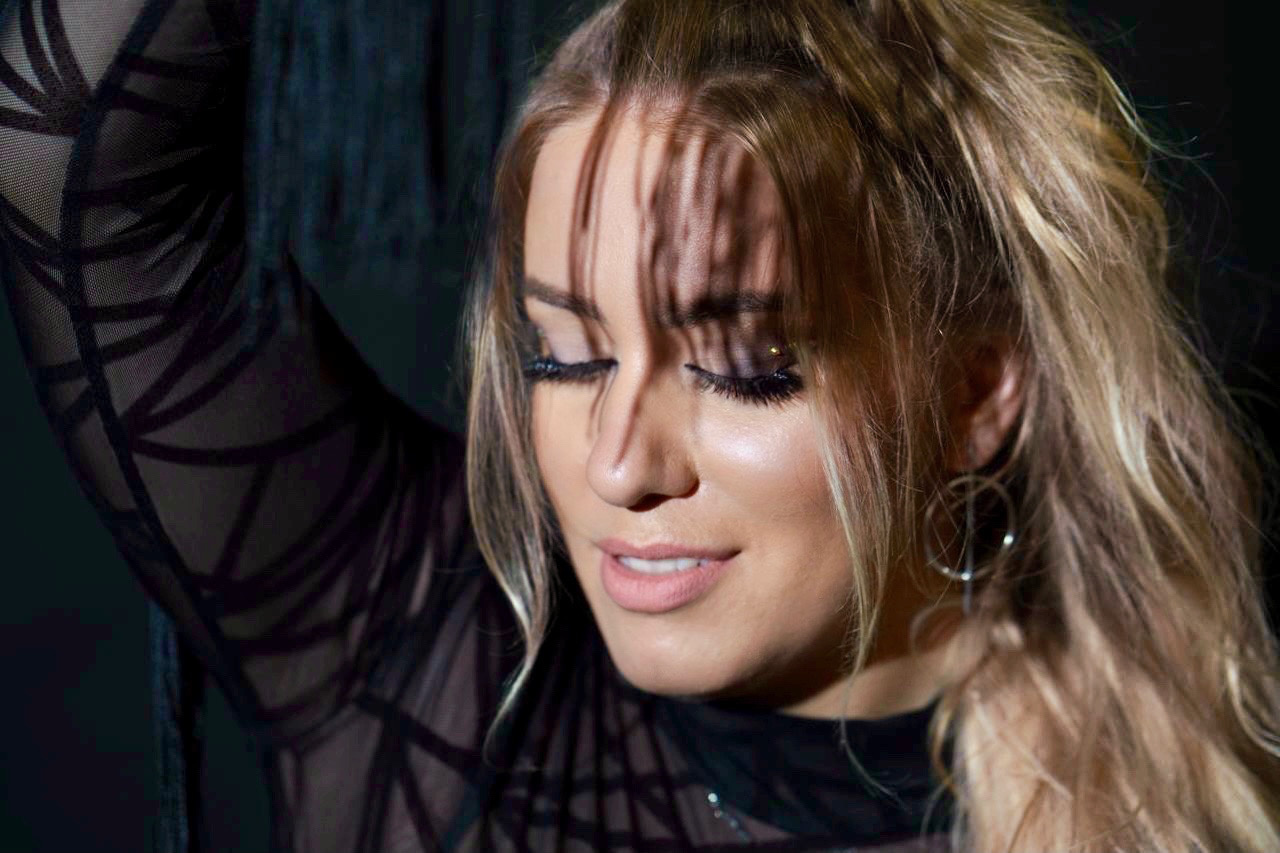 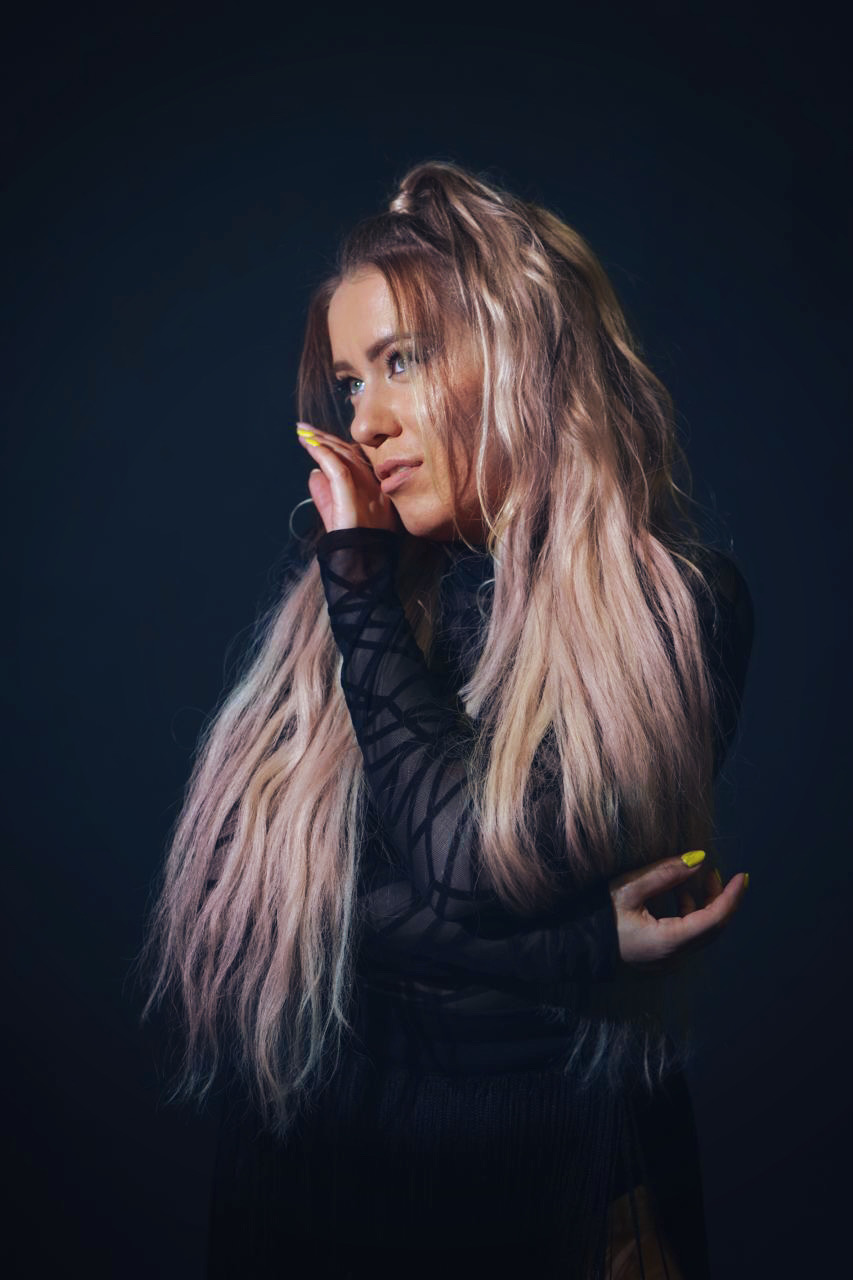 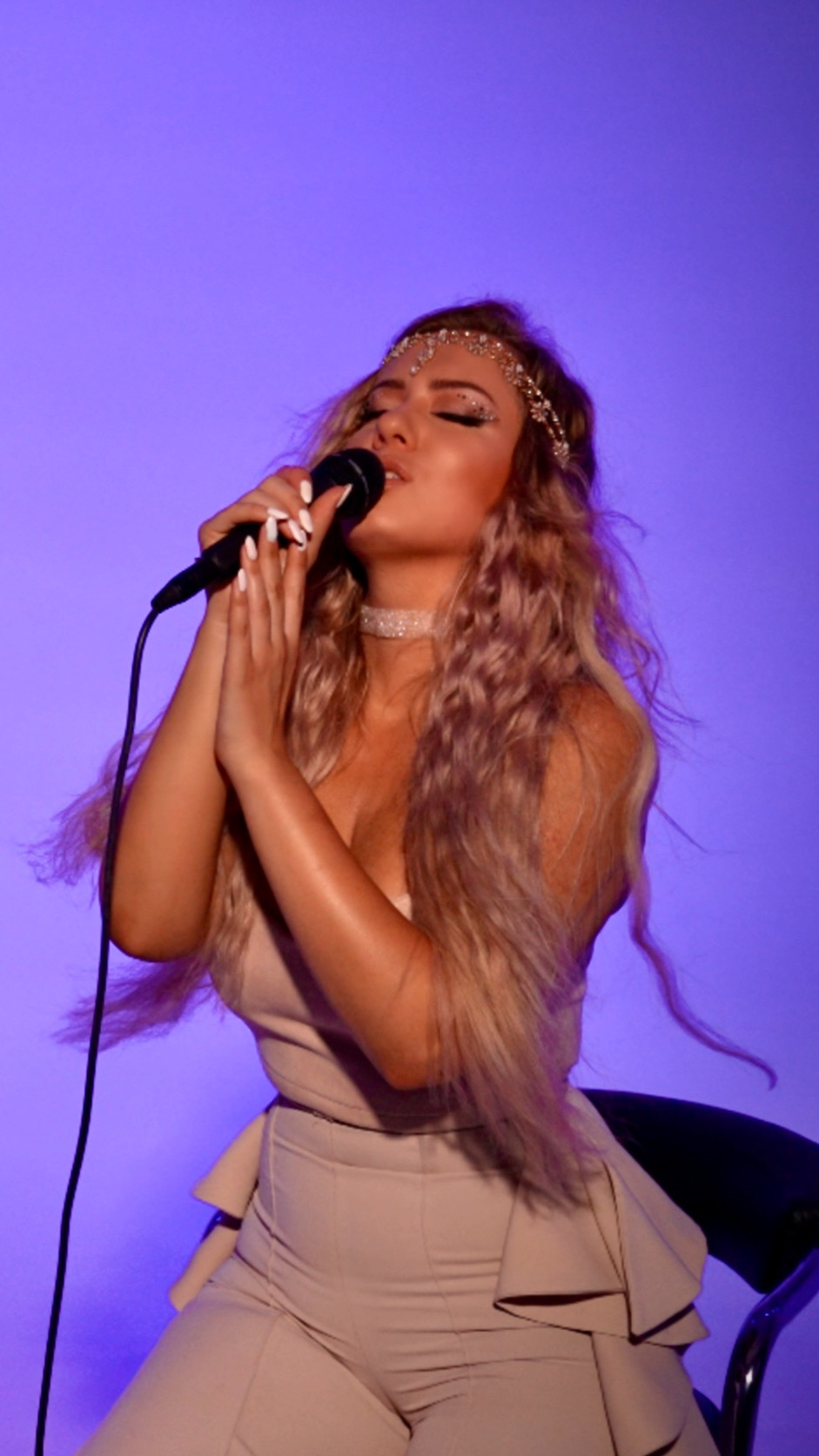 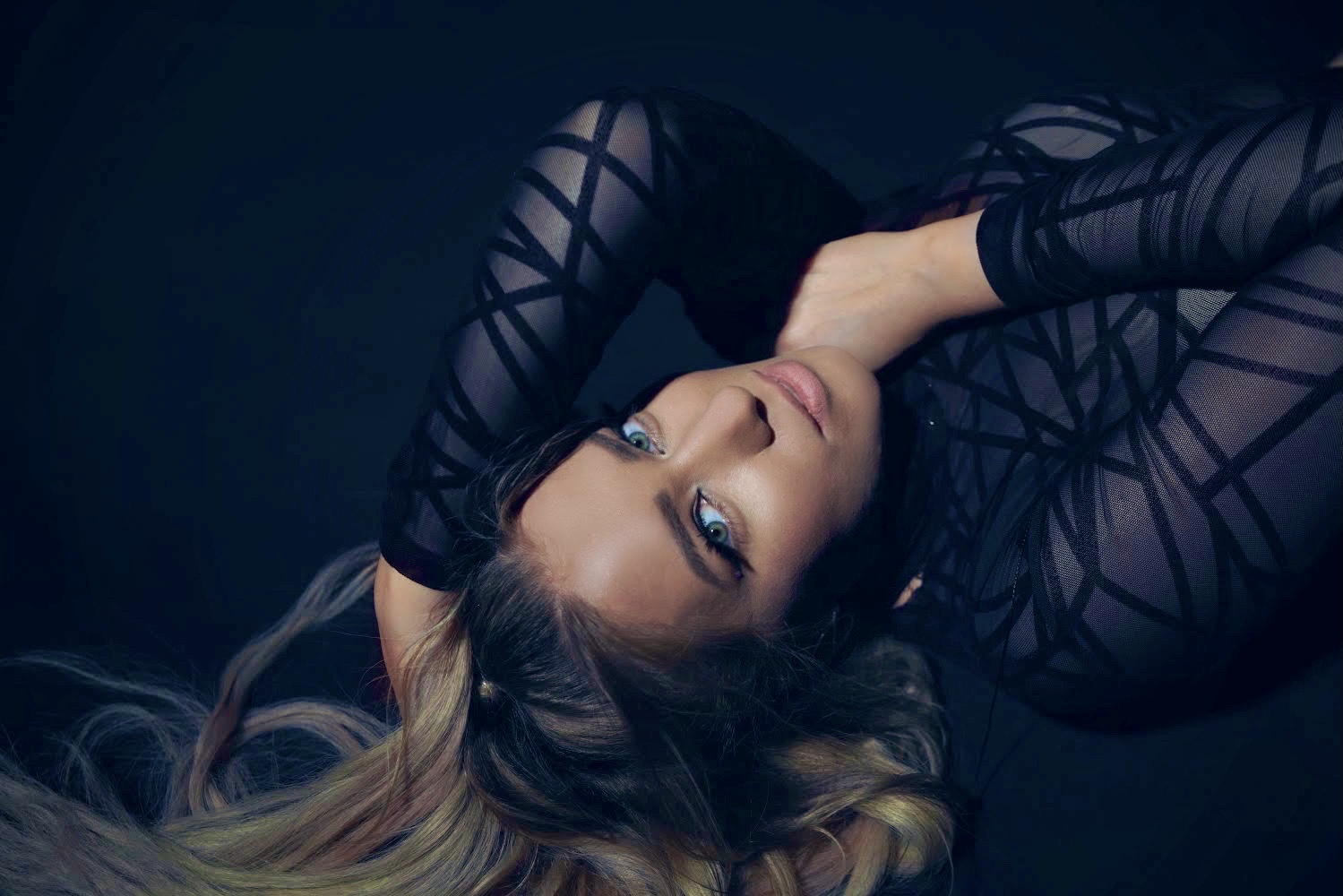 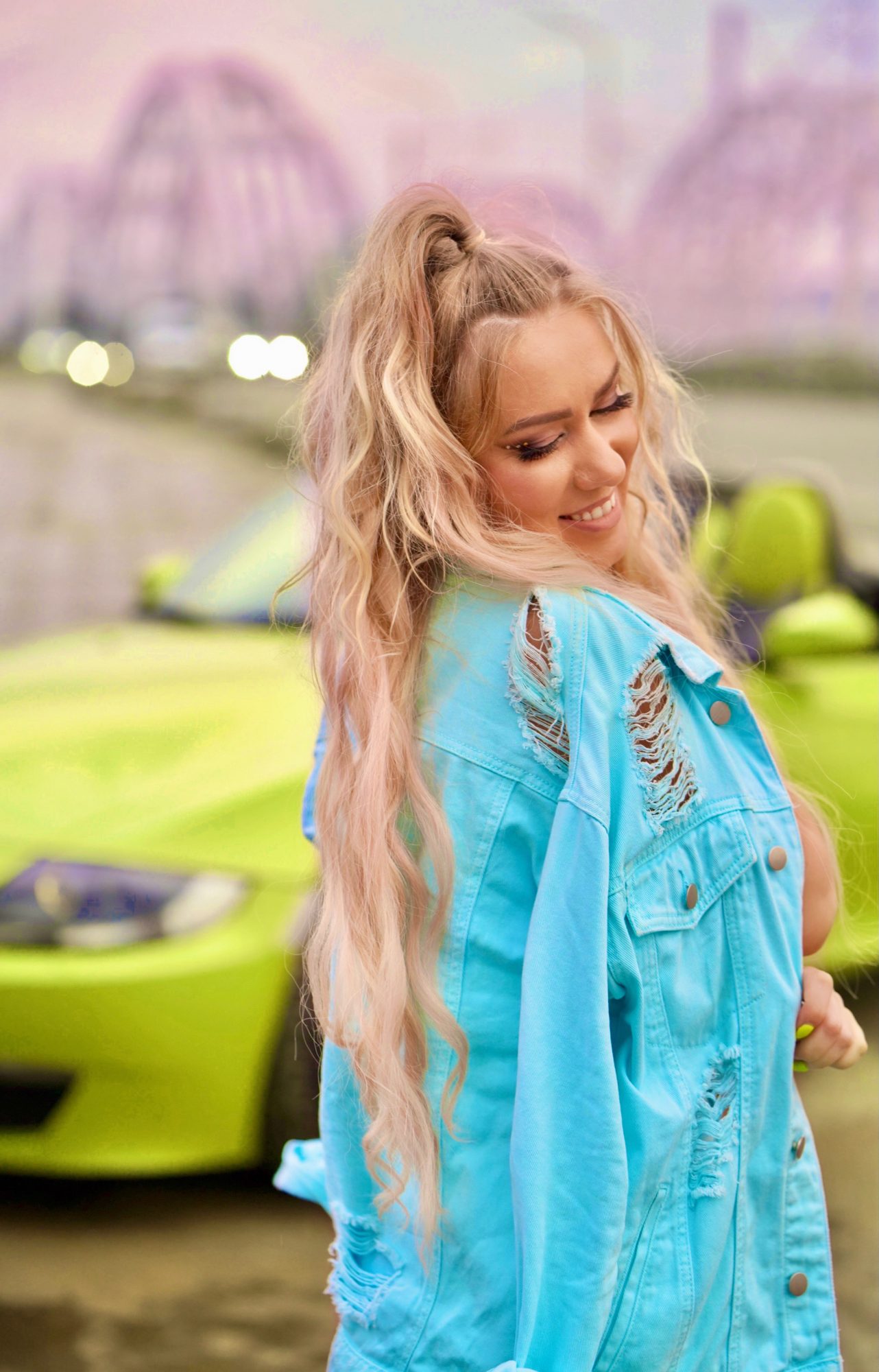