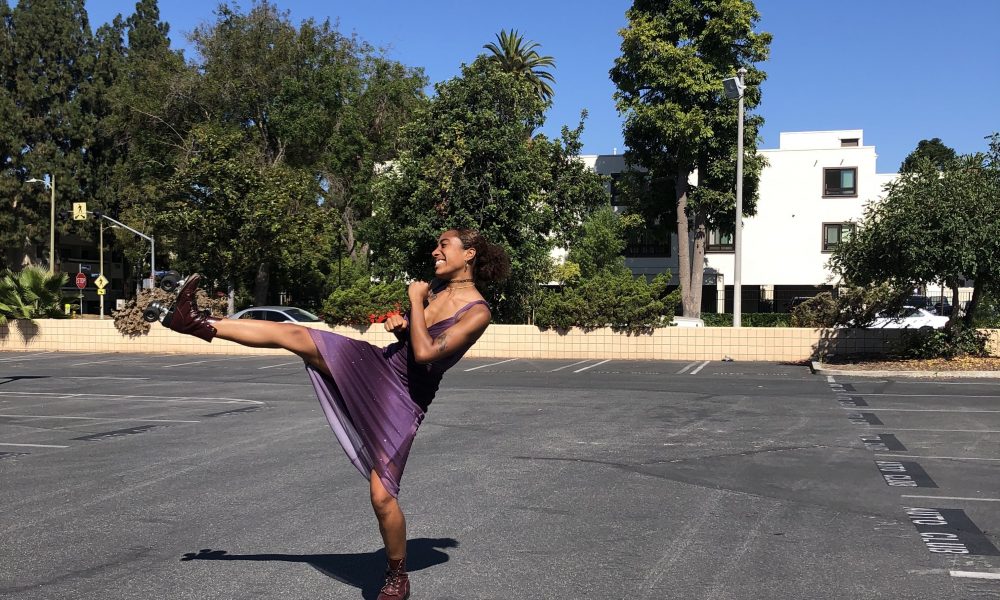 Today we’d like to introduce you to Liliana Ruiz.

Thanks for sharing your story with us Liliana. So, let’s start at the beginning and we can move on from there.
Accurate representation in media and entertainment is a powerful force that still receives a lot of pushback from mainstream culture. However, nowadays with tools like social media, you can more easily search for your communities—exposure to your place in the world. Growing up as a mixed Black Mexicana, I often never saw myself in television shows or film. Statistically speaking, white men are granted the most screen and speaking time in film and in television series. In addition, white women receive the most speaking and screen time out of all women. So, for a very long time growing up, I was almost forced to relate myself to people who almost never looked like me. It always stood out to me that these characters and I could share the same heart, passion, humor, sensitivity but never the same skin color or background.

Now, I make it a point to search for these types of films, television shows and media—with strong Black leads or characters because I know now that most of these media creators do not search for me. Now more than ever, I am noticing underrepresented and misrepresented people creating spaces of their own. One of my favorite space makers is Issa Rae. She launched her YouTube series Awkward Black Girl and now has become an icon with her HBO Series Insecure. She inspires me. Her quote, “I’m rooting for everybody Black.” has stuck with me and continues to remind me that it is okay and vital to empower and support Black artists and creators, even if that means having to create your own lane.

I graduated this spring 2020 from Mount Saint Mary’s University with a BS degree in Film, Media & Social Justice along with a BS degree in Journalism & New Media. If I developed anything aside from debt, it is a strong desire to give the mic to people who don’t get the opportunity to speak enough.

I am a rollerskater. I have been rollerskating for a good majority of my life. I was introduced to it by my biological father who has been skating since before he was my age now. He did not raise me, but he definitely passed down the skate itch (lol). Although I mostly grew up in small-town Yuma, Arizona where there are no rinks and partly grew up in sunny San Diego, California where the closest rink was about 30 minutes from me—-I wasn’t immediately aware of the impact Black culture has had on rollerskating in the United States and in the world. When I moved to Los Angeles for college in 2016, I realized there was a lot more to rollerskating than I had previously thought. I made connections with people I now call friends and did a lot of observation. I visited some of the rinks out here often, especially when I worked at World on Wheels, a popular Los Angeles rollerskating rink. However, more of the time you could find me skating at Venice Beach with the skaters there at the skate plaza. But really really really most of the time, you can find me skating anywhere outside—-grocery shopping, the skate park, doing laundry, at a skate function, running errands, protesting, cruising or just vibing out.

I respect LA rink skate culture because it is so unique and it is so fully intertwined with the Black community. There are many different types of rollerskating but skate jamming or rhythm skating is what I am referring to here. Generations of families with an overflow of happy memories rollerskating at the rink. The most recent films that have highlighted the connection between the Black community and the rollerskating scene are “United Skates” and “Roller Dreams.” Here is a helpful YouTube video I created that summarizes them both! (insert link here).

With the health pandemic calling for everyone to stay home, some of my friends and fellow skaters I know on TikTok and Instagram accidentally popularized rollerskates and rollerskating on social media, at least. I noticed quickly that a great majority of the folks receiving millions of views and credit for this “revival” or “bringing back” of rollerskating are white or white-passing females. Respecting my knowledge of how social media works, I know that with all these viewers comes amazing sponsorships and collaboration opportunities— automatic financial opportunities. Influencer+Rollerskater?? I found this to be concerning because I felt like Black people’s print on the world was once again being washed away and replaced with a more “acceptable” version. I thought, “What about all of these amazing talented Black skaters I know? Where are they? Why are they not receiving these same opportunities and exposure? Do they not deserve an article too for the craft they’ve been mastering for decades!?”

I was moved to create Casting Black Skaters. @CastingBlackSkaters is an Instagram account I founded to showcase talented Black skaters and connect them to paid opportunities in the media and entertainment industry. CBS was established in 2020 with the intention of sticking around after the #BLM trend. CBS’ overall mission is to connect talented Black skaters to paid opportunities in the entertainment and media industry. In addition, the page makes it a point to publicize talented Black skaters of all backgrounds and appearances. It serves as a space of inspiration, connection, and visibility for the Black community. What makes CBS unique in my opinion, is the educational aspect. CBS collaborates with other Black filmmakers, artists, and content creators and plans to continue to educate the public through intentional storytelling. So far, everyone hired and who has contributed to the content creation for Casting Black Skaters has been Black! We value respect for others, leadership, open-mindedness, continuous learning, integrity, accountability, self-ownership, diversity, equality and most of all the progression and advancement of Black people everywhere. We hope that with our page, we can continue to create genuine community and ecosystem of opportunities for Black skaters and content creators.

In addition to successfully completing our first production as a team, Casting Black Skaters has just opened up a COVID-19 Financial Relief Fund for Black families and children who may benefit from some financial help in the skate community and beyond. There is so much happening now that is so troubling for us, including the ongoing murdering of Black people at the hands of police with no conviction and the disproportionate effect COVID-19 is statistically having on Black people’s health and financial well-being. Right now, we are currently taking direct donations along with hosting a sticker fundraiser where 75% of the proceeds go to the COVID-19 Financial Relief Fund. Our stickers say “Black Skaters Matter” and feature “fibers” a style of skates inspired by the one and only Pete Russell and his Black-owned company Sk8 Fanatics. I talk a little bit about it on our Instagram page! For Casting Black Skaters every decision of ours is intentional and we want to be as transparent about that as possible, for there is power in authenticity. This is not a trend, this is a movement.

Overall, has it been relatively smooth? If not, what were some of the struggles along the way?
I struggle with a mood disorder and PTSD from protesting for Black lives. I really have to take many moments to march and peacefully protest the racial injustices in our country. For me the fight for equality and liberation of Black people is everyday but even though my strategies for this fight are peaceful and uncomfortable for some, I’ve still been met with violence by the police on multiple occasions. I’ve been tear-gassed, pushed to the ground, shot at with rubber bullets and other unknown ammunition, smoke bombed and arrested. Given these very real and in my opinion unavoidable and unjust circumstances, my role as the founder for Casting Black Skaters is constantly transforming. I find relief from some teammates and people who collaborate with me on things for the page!

On the flip side, our page has been WELL received. We have received so many submissions since we first started. People are interested. Black skaters are interested. Our ecosystem is coming together.

Please tell us about Casting Black Skaters.
Casting Black Skaters is an Instagram webpage that showcases talented Black skaters in hopes to expose them to the public and potential paid opportunities in rollerskating, acting, modeling, influencing, performing and more.

I am most proud at the fact that Casting Black Skaters hires Black and aims to feature talented Black skaters of all backgrounds and appearances. We strive to be different and always present a new narrative which is why we make it a point to showcase weight and height, or tattoos for example. The energy is definitely, “You’re taking us as we are.”

Another really cool thing about CBS is that we partner with Black freelance editors, cinematographers, photographers, graphic designers and other creative folks. We really do make it a point to pay people who work with us whatever their rate is if not more. Our work is from the inside out.

Any shoutouts? Who else deserves credit in this story – who has played a meaningful role?
Shoutout to my good friend Taija. She has helped me along the way by simply being herself. She is a very intuitive person and lent some well-needed advice to help the page grow better. Some other rollerskater friends as well, including the skaters who have submitted forms. I believe it takes a village to make something happen so without everyone taking a risk on my newly founded page, it would not be where it is today and will be in the future. Joy Donnell author of “Beyond Brand” has also contributed to my success with not only CBS but my personal Instagram account @lilyskatesalot Her book has helped guide me on my path. My professor Dr. Haggard & Professor Fritschi at Mount Saint Mary’s University has also contributed greatly to my radical approach to the intersecting worlds of social justice, media and rollerskating. 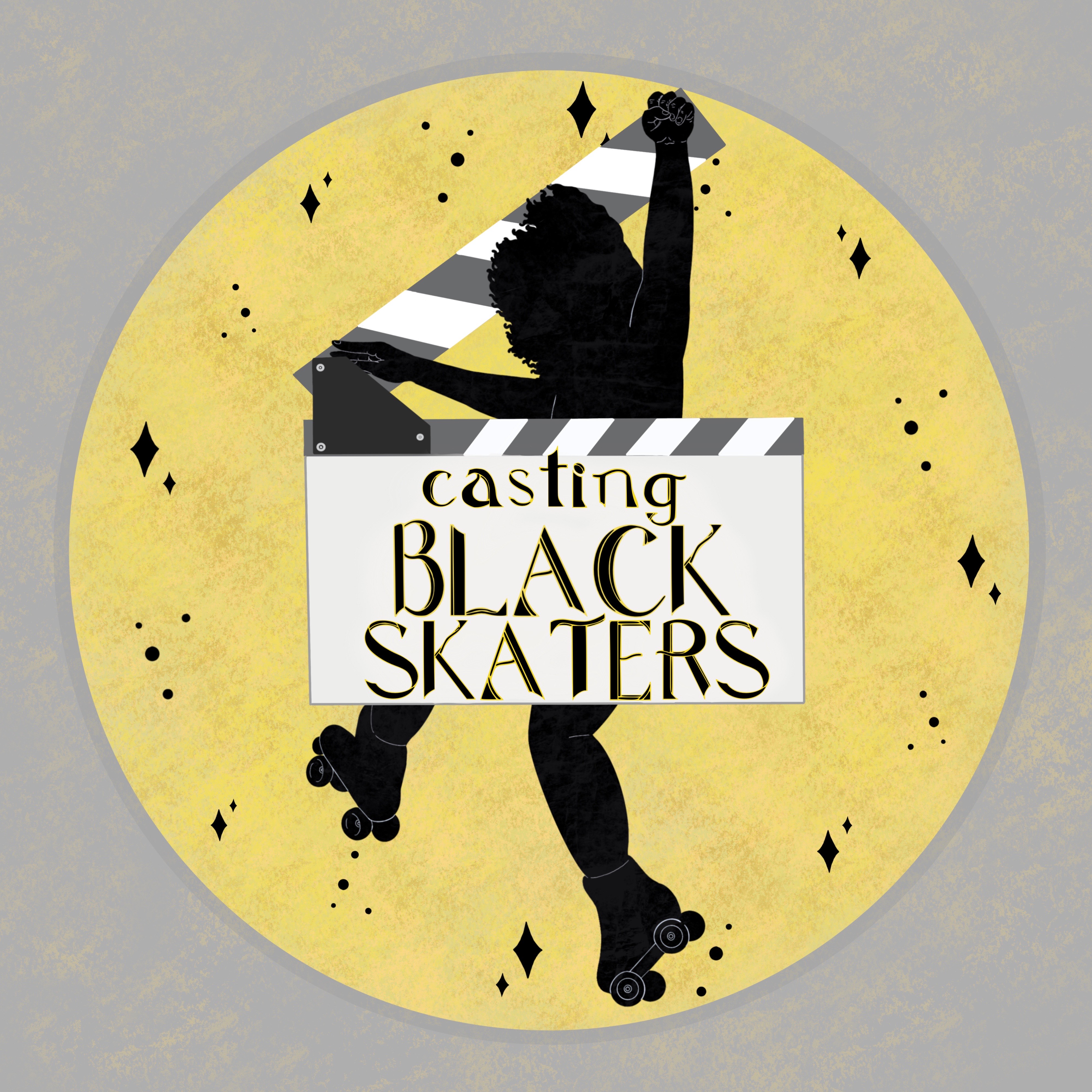 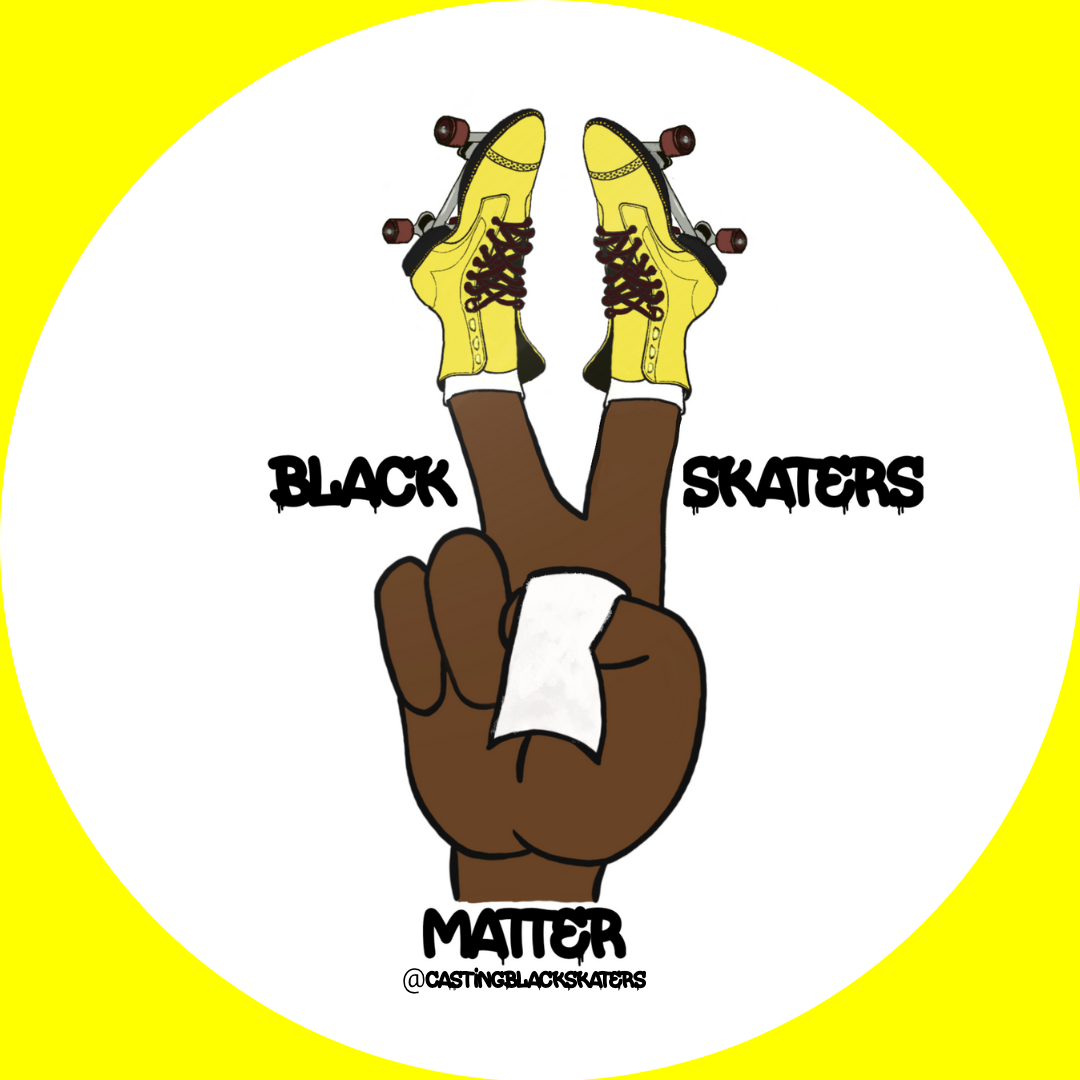