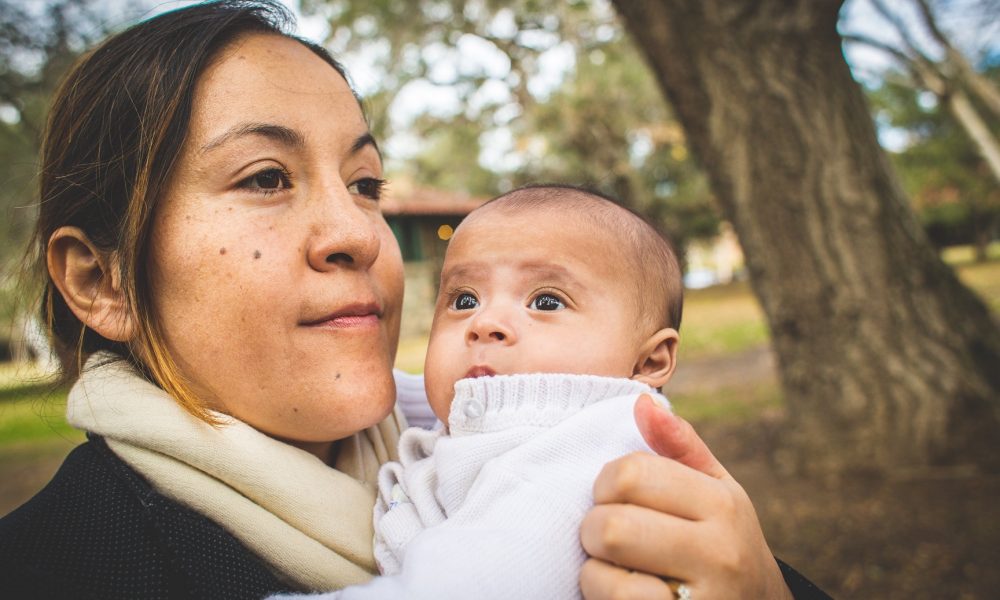 Today we’d like to introduce you to Ligia Maria Storrs Rojas.

So, before we jump into specific questions, why don’t you give us some details about you and your story.
I began dreaming about being a filmmaker when I was a teenager living in Colombia, but at the time, I might as well have been living on another planet. To my family, this was not only a foreign but a dangerous environment, and none of my friends and family could relate to it. Also, I was always a very spiritual person, so my other love was God. When I was 16, I announced to my parents, “I will become a hermit.” Luckily, my parents said, “you know you should try film school instead.” At that time, only less than one percent of the applicants were allowed to enter the only professional film school in Colombia, and I was lucky to be one of them. There, I started my career producing and writing my first short film with Ciro Guerra, who went on to be nominated for an Oscar.

After getting my Film degree at age 19, I felt that I could not be a real artist and storyteller without having something meaningful to tell. So, I continued my research for truth by leaving filmmaking and becoming a missionary, mainly in Slovakia and Italy. I had the opportunity to live with people from all over the world and experience life in many different countries and cultures. Despite this enriching experience, those were very painful years for personal reasons. But I am a firm believer that an artist is a visionary who can see hidden truths, and it is difficult to be one without passing through fire. After eight years as a missionary, I felt it was time to reembrace my dream of becoming a filmmaker.

Literally, two weeks after making this decision, I received a scholarship for a master’s in writing and production of Film and TV at the Catholic University of Milan. There I met one of my mentors, Armando Fumagalli, and one of my best collaborators, the filmmaker Roberto Zazzara who helped me to plug into the reality of the film industry. Finishing my masters, I was trained at the recognized Italian production company Lux Vide.

I arrived in the US with the only intention to learn English, planning to return to Colombia because I believe it is a country with many stories to be told. However, I discovered that not only do I love cinema, but cinema loves me back and trapped me here. Since my first week in LA, I have met many key players in the family and values media scene. Each time I try to leave, a bigger door opens to keep me here writing, directing, or producing, not only films but TV.

A few months after my arrival, I met my husband and creative partner, Justin Storrs. Together we began to create independent films and founded our company Storrs Productions. He became involved in the film industry through me. We produced, and I directed the short film “Our Rose Garden,” which racked up awards on the festival circuit. Our films have achieved worldwide distribution, and “Our Rose Garden” is available in many countries and on multiple platforms, including Amazon Prime.

I also work as Associate Producer for Family Theater Productions, working currently on a series directed to the Latino audience, and I am the happy mother of two beautiful children.

We’re always bombarded by how great it is to pursue your passion, etc – but we’ve spoken with enough people to know that it’s not always easy. Overall, would you say things have been easy for you?
Fifteen years ago, it was very challenging to become a filmmaker in a country like Colombia with a very small movie industry and an ongoing civil war. Only fifteen people per semester of 5,000 applicants were allowed to enter the only professional film school in the country, and I was lucky to be one of them at 16-years-old.

After getting my Film degree at age 19, I felt that I could not be a real artist and storyteller without having something meaningful to tell. So, I continued my research for truth, becoming a missionary, which led me to be part of a Community in Slovakia and Italy. Those were very painful years because of the lack of understanding of my spiritual and artistic path. The spiritual and psychological pain was such that it could only kill me or transform me. I am a firm believer that an artist is also a visionary in the true sense, someone that can see hidden truths, and it is difficult to be one without passing through fire. I am grateful for the challenges that made me stronger and taught me the value of true freedom and the happiness of embracing who I really am, a storyteller.

Sadly, another difficulty in my career has been being a Latino filmmaker that speaks English as a second language. Some people still assume from your accent or your ethnicity that you are not qualified for the job. However, high-quality work has broken many of these barriers, even if it is challenging to prove yourself so often against false assumptions.

So, as you know, we’re impressed with Storrs Productions – tell our readers more, for example what you’re most proud of as a company and what sets you apart from others.
Storrs Production is a media production company that produces faith-inspired meaningful entertainment for everyone to enjoy. We pursue the creation of film and media content made in God’s image that inspires, enlightens, and encourages human beings in their journey in this world through drama, creativity, and beauty. The project we are most proud of is the film “Our Rose Garden,” not only has it been a hit on the festival circuit, but it has been incredibly gratifying to see people tear up while watching the film and tell us how beautiful the film is.

So, what’s next? Any big plans?
We are currently working on a film that follows a pregnant woman whose career is taking off when she discovers her unborn child tests positive for Down Syndrome. The film is tentatively titled “Down is up,” and we already have distributors interested in it. We are also developing a TV series bible that focuses on two refugee sisters from El Salvador who become victims of human trafficking, and we believe there has never been a better time for a series like this, which addresses critical and current issues. 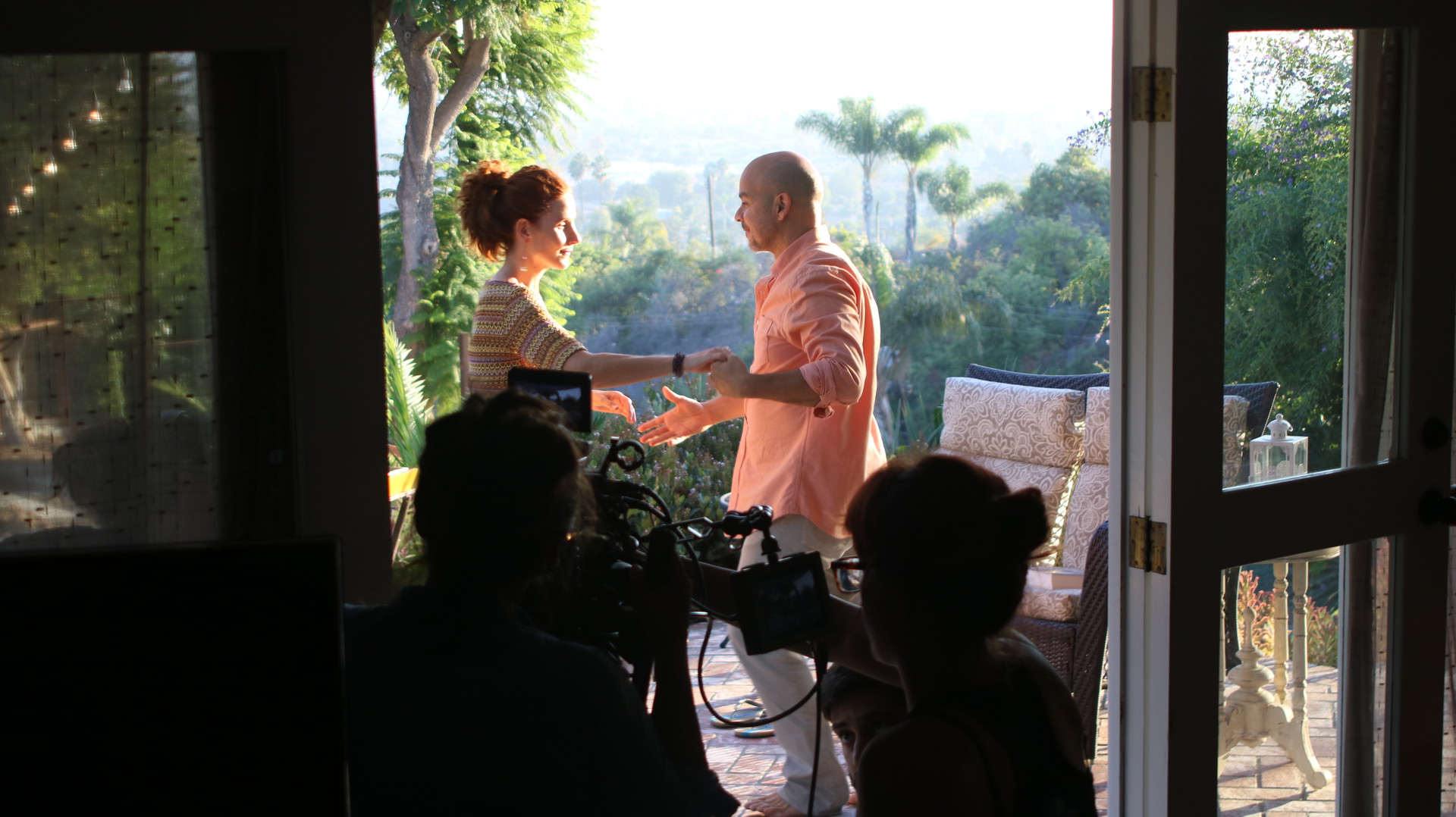 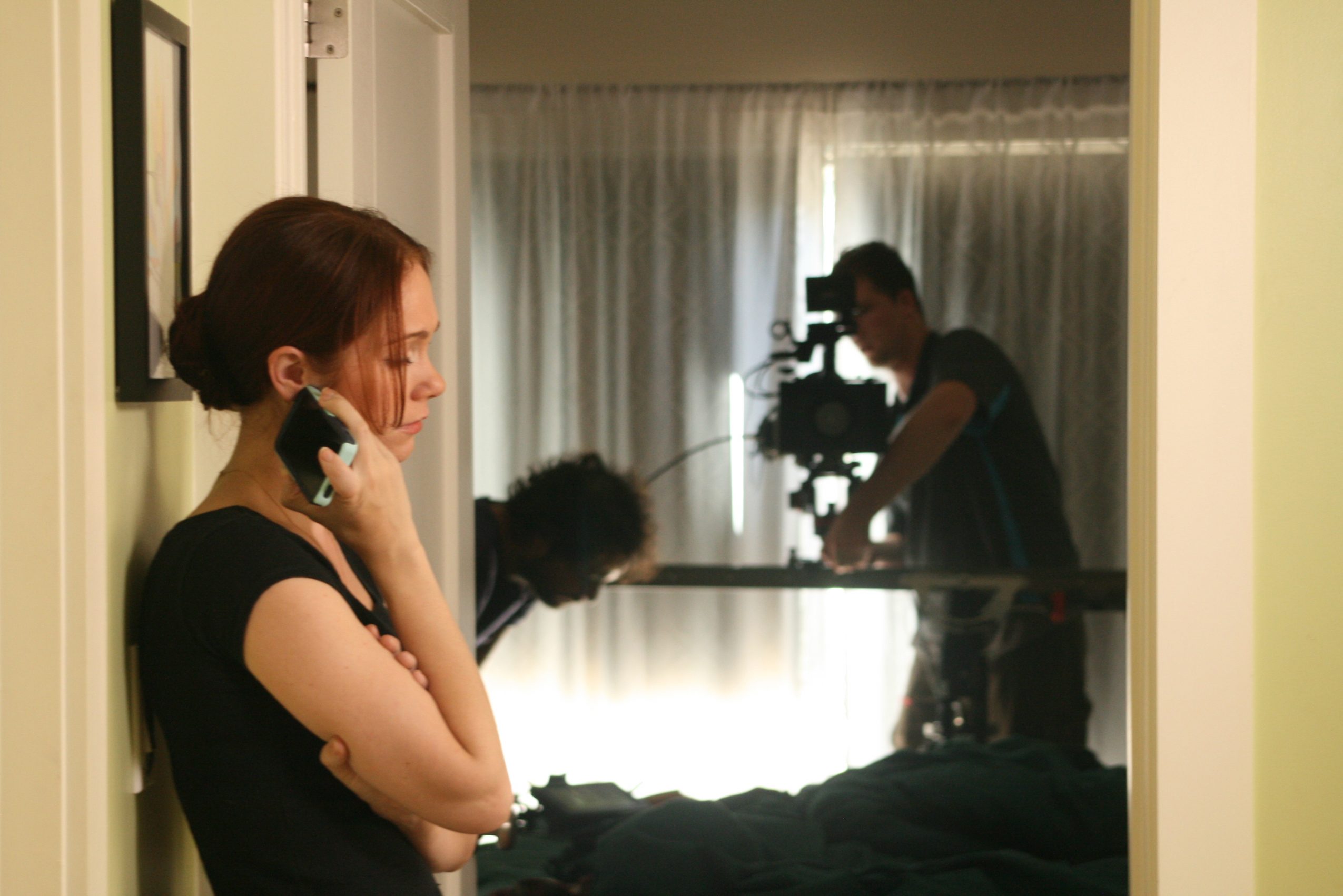 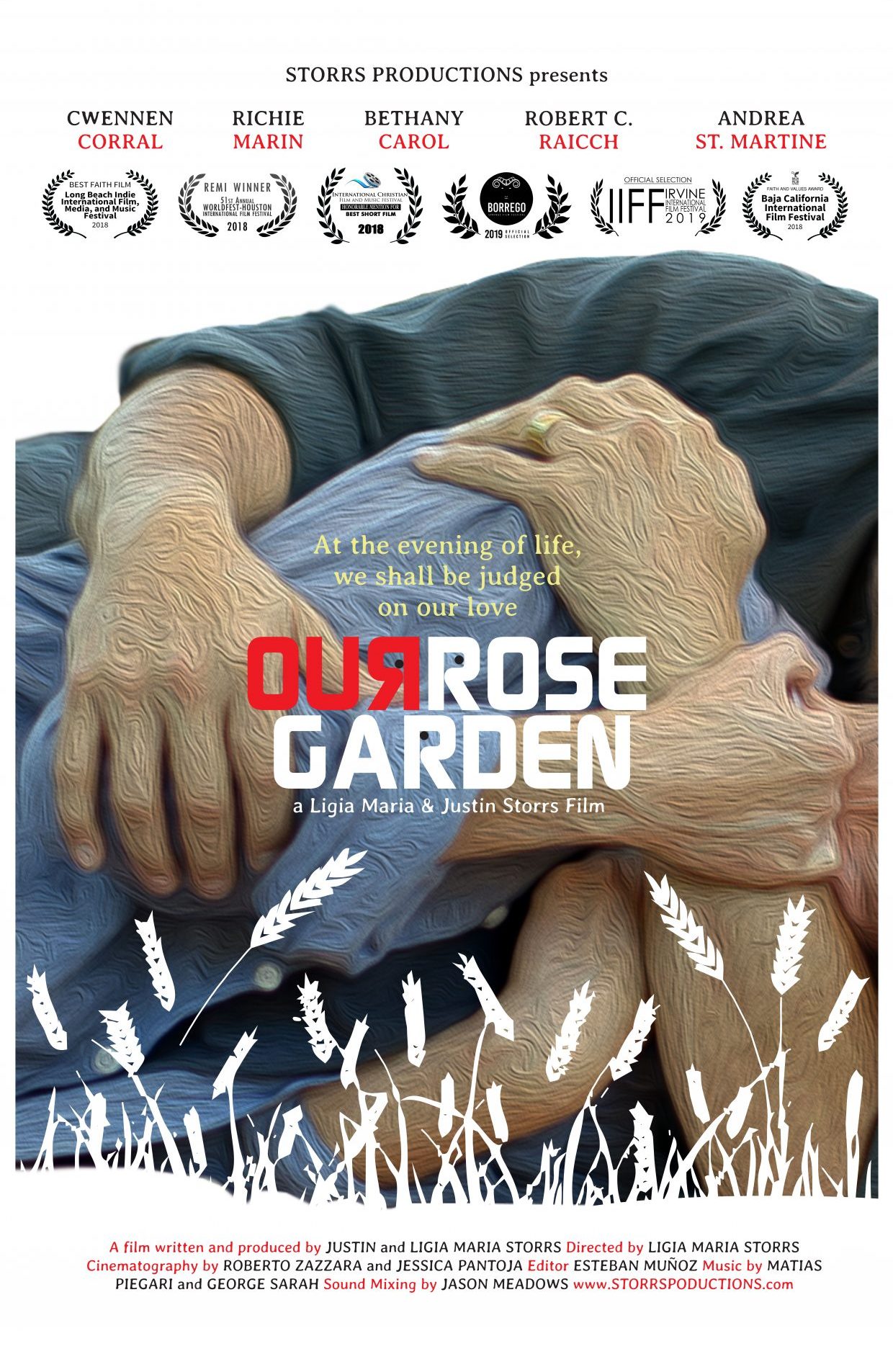 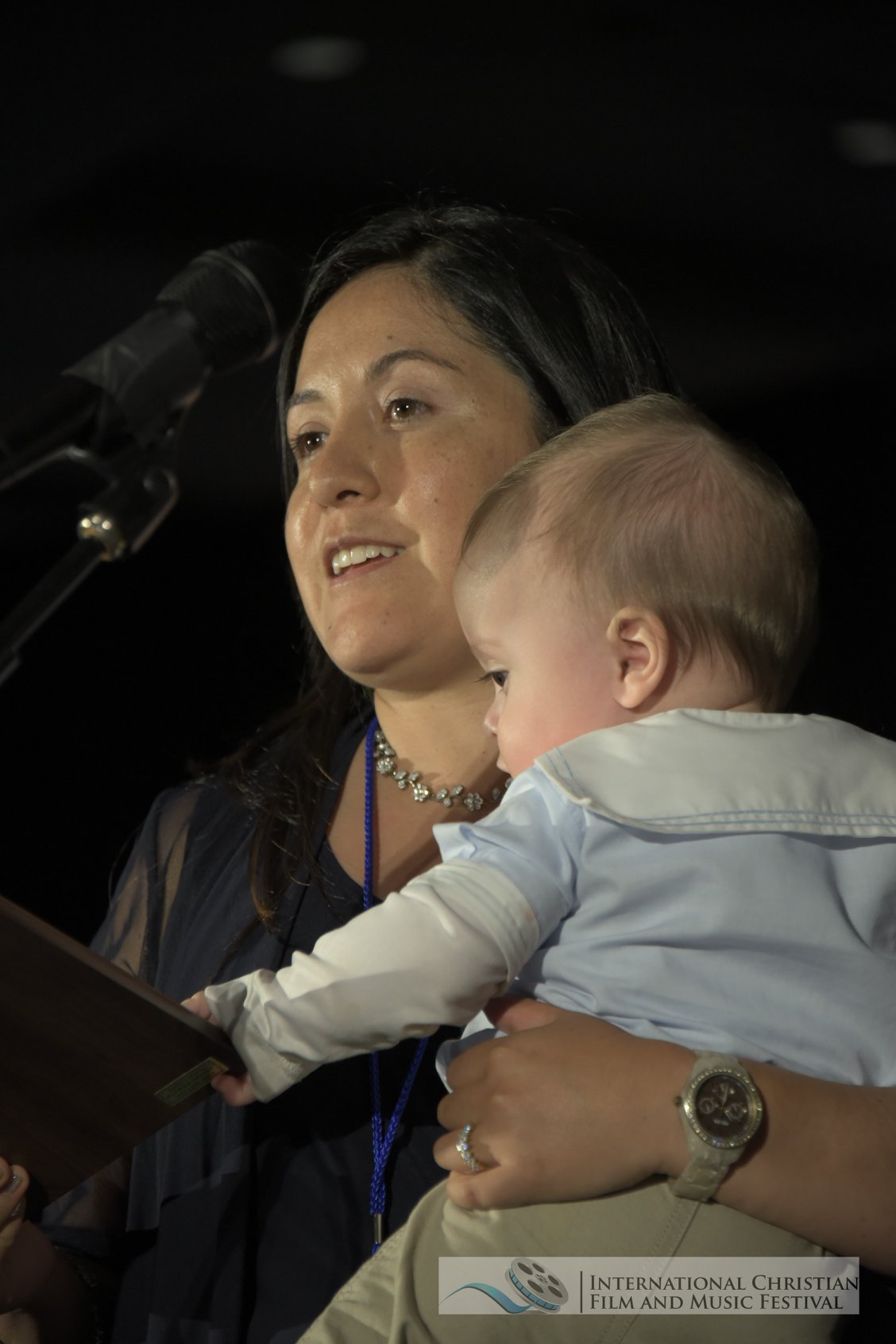 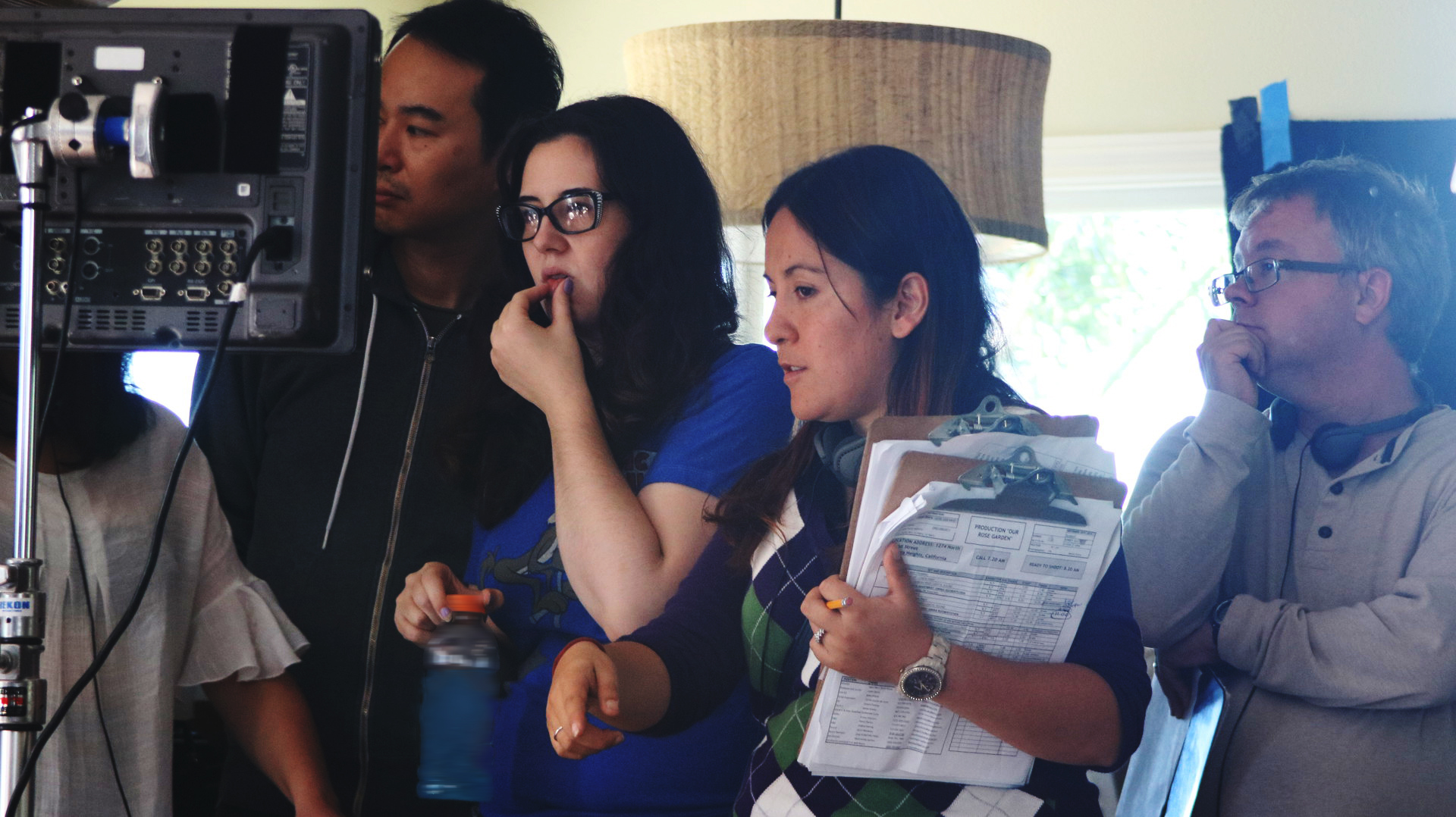