Meet Lexie Tiongson of Made Daze in Koreatown 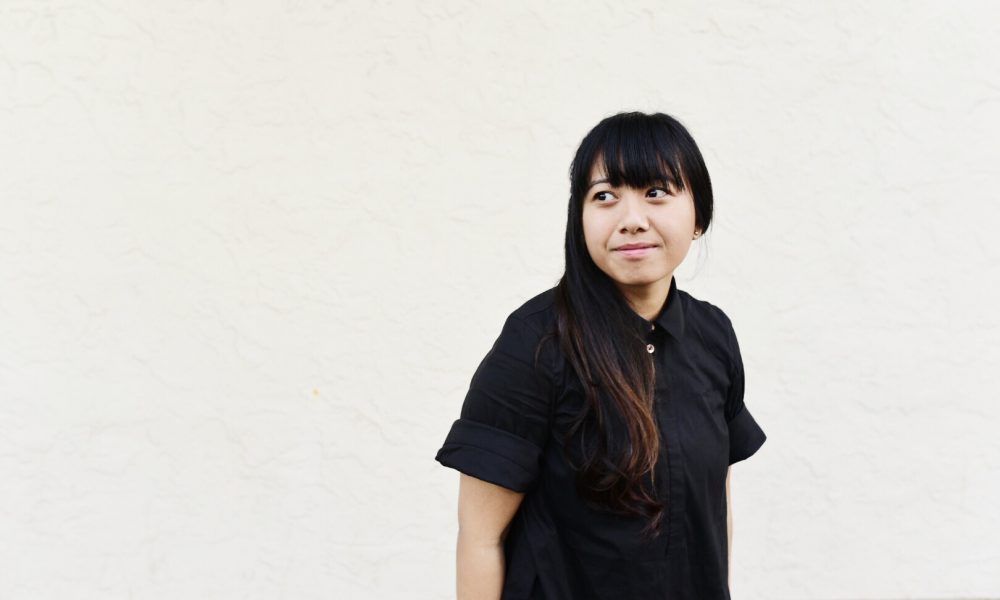 Today we’d like to introduce you to Lexie Tiongson.

Lexie, please share your story with us. How did you get to where you are today?
I was born and raised in Sacramento. I guess you could say my first love was writing. I even wrote for my hometown newspaper, The Sacramento Bee, all throughout high school, covering “Teen Beat” topics and was rumored to have asked my ex-boyfriend to prom through an article I wrote. I can neither confirm, nor deny.

Sacramento was the first chapter, but most of my story is tied to San Francisco. I moved there at 17 for college and studied journalism. For ten years, it was my home and a place where I transitioned from my late teens to my early 20s. San Francisco felt like a place where I could be close to home, but also experience the city life. Being immersed in a culture of music and art really inspired me. So, I remember packing my bags in 2008 and being dropped off by parents at my dorm. All of it was a blur, but there were a lot of distractions during those first three years. I almost lost my love for writing in the process but was too close to finishing to change what I wanted to do.

After my junior year of college, I decided not only to stick with journalism but also to have an emphasis in fashion. I interned at several places, one of which was SOMA Magazine. I got to write about fashion and, bonus, interview musicians as well. After graduating with my BFA in Fashion Journalism, I decided to stay in San Francisco, working for various start-up companies that all eventually folded. I really had no job title at this point in my life. Whether it was “Studio Assistant” or “Art Associate,” the jobs I had were generally creative and moving in the right direction.

While working as a “Studio Assistant,” I had to learn graphic design. In the start-up culture, they had to hire one person who was not only a copywriter but also a designer. It was a way for them to save money by having one person on the team known as the “Jill of all trades.” I remember staying up late learning the programs and getting obsessed with the design industry.

At the same time, I’d attend shows at the Fox Theater, Bill Graham Civic Auditorium, and the Rickshaw Stop. What I remember most about San Francisco is the indie music scene I fell in love with. When I was 22, my roommate was a death metal drummer and I remember the “Dead Kennedys” poster hanging up in our living room. I remember how embarrassed I was when he’d catch me blasting Taylor Swift in my room when I didn’t think he was home. My music taste was all over the place, but live shows were a huge part of my life in San Francisco. It’s where I met some musician friends and got introduced to dozens of new bands.

The first poster I ever designed was for one of these musician friends. It was something I had illustrated and then brought into Photoshop. I’m not proud of it now, but it was a stepping stone. That was when I started seeing how I could bring in three aspects of my life, music, writing, and design, into one career.

To gain experience, my first design job was as a Design Associate for Minted, creating wedding invites and greeting cards. From there, I transitioned to working for lululemon, engaging in retail, design, social media and community event planning.

At that time, I kept trying to find “that job” where I could design for a publication just so I could keep writing. It wasn’t until I was 26 that I decided to apply to grad school and really find a way to combine my interests in a more formal way… I took advice from a friend, who told me that LA was where I needed to be. I applied to all of the relevant schools in LA, and even some on the East Coast as back-ups. Otis College of Art + Design offered me a scholarship, so I packed my bags in 2017 and left San Francisco for good.

Going to grad school helped me channel my thinking and fine-tune my style. Completing a project titled “1000 Album Covers” and creating a record label called “A-Side.” I was able to combine writing, music, and design all in one. I almost started a band in grad school that was going to be called “Made Daze,” but I decided that focusing on design would be best. Made Daze was a play on words that reflected the life I had at the time. Our grad school professors always emphasized “process” and “making,” but to me it all felt like a “blur” and state of “bewilderment.” So, that’s where the name comes from and how Made Daze started as a studio.

Great, so let’s dig a little deeper into the story – has it been an easy path overall and if not, what were the challenges you’ve had to overcome?
Whew. It’s been tough. I think because I transitioned a lot, I had to learn to be flexible. What I struggled with the most, and probably still do, is that I want to do a lot of things at once. Though there’s nothing wrong with having 3 or 5 jobs all at once, especially here in LA, the part that took me a long time to realize is what I wanted to focus on most and what I really want the Made Daze brand to be. Currently, it’s a studio that runs with fun and bright colors but is not limited by a certain style or field. Clients range from music promoters to health and wellness companies. With each project, I not only bring my own style and taste but also ask a lot of questions to arrive at a solution(s) that works for the client.

Please tell us about Made Daze.
Made Daze is a design studio best known for branding work and creative assets. That said, I like to think of it as part graphic design, part arts collective and part music hub. I’m 75% a graphic designer, 15% a fine artist, 5% a writer and the other 5% a “playlist” curator. Find me on Spotify!

One thing I like to do is work on art via “series.” It’s a way for me to occupy the space within the digital world. All of this of course, lives on Instagram, but it’s my outlet. My “Playlist Daze” series is a continuation of the project I started at Otis. I curate playlists and create corresponding artwork depicting a mood or a feeling. The “Stretch & Pose” series honors the yoga practice I started in San Francisco and continue on in Los Angeles. And the “Court & Field” series is the relationship I have with sports, and the dreamy world I wish it lived in.

I’m most proud of my work being in art galleries as that’s not something I thought I’d do as a graphic designer.

Do you look back particularly fondly on any memories from childhood?
There are several. I’d have to say one that I remember the most is sitting in the backseat of my parent’s 1987 Mercedes driving down the I-5 from Sacramento to visit Southern California. I think I was about nine years old. My dad had brought ONE CD to the road trip. Just one. And it was “Let’s Put It All Together” by The Stylistics. This moment was when I realized how much my dad loved music but only liked listening to albums from start to finish, just how vinyl was, back when he grew up. I’m an only child so moments in the car with my parents are precious ones I won’t ever forget. 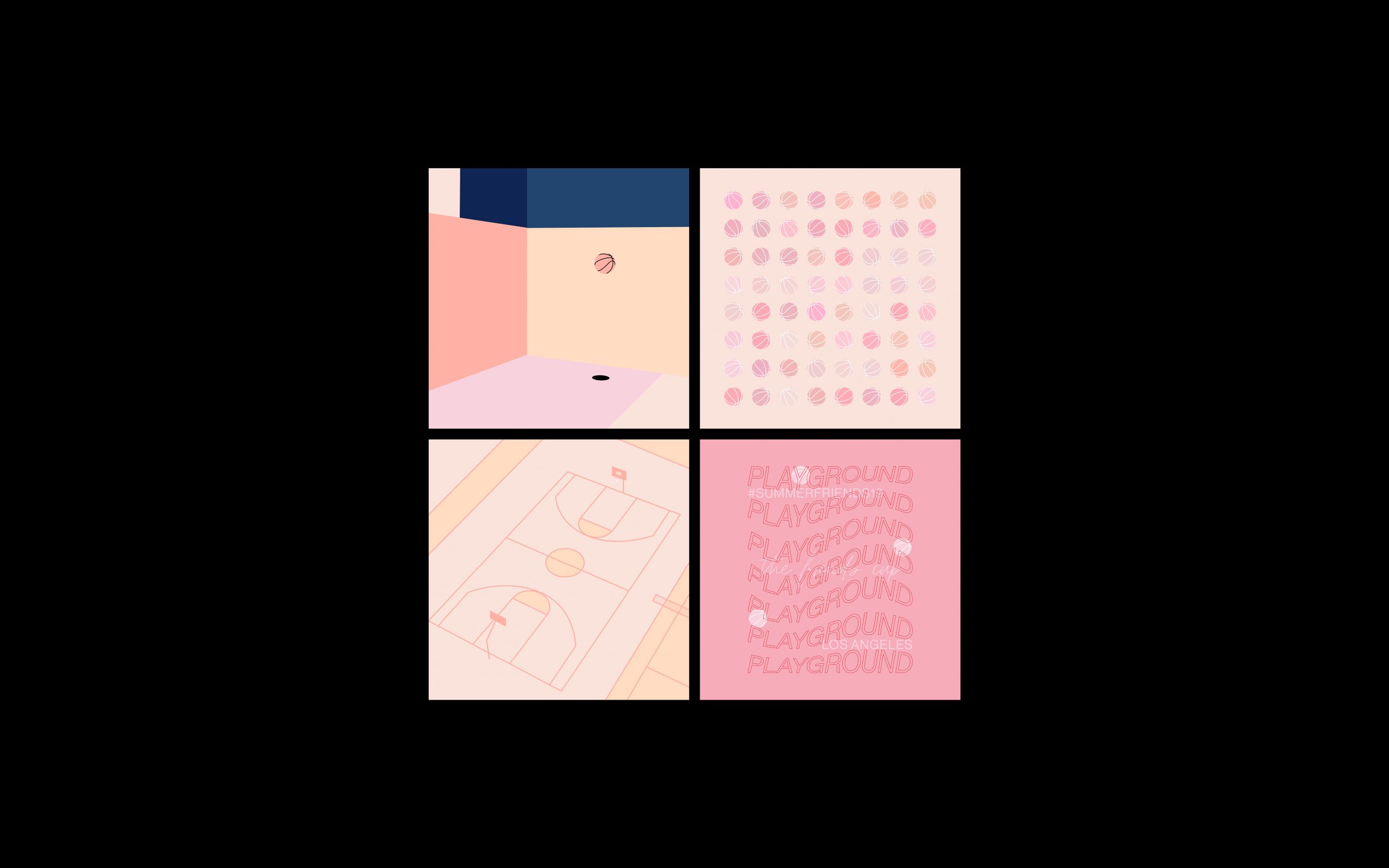 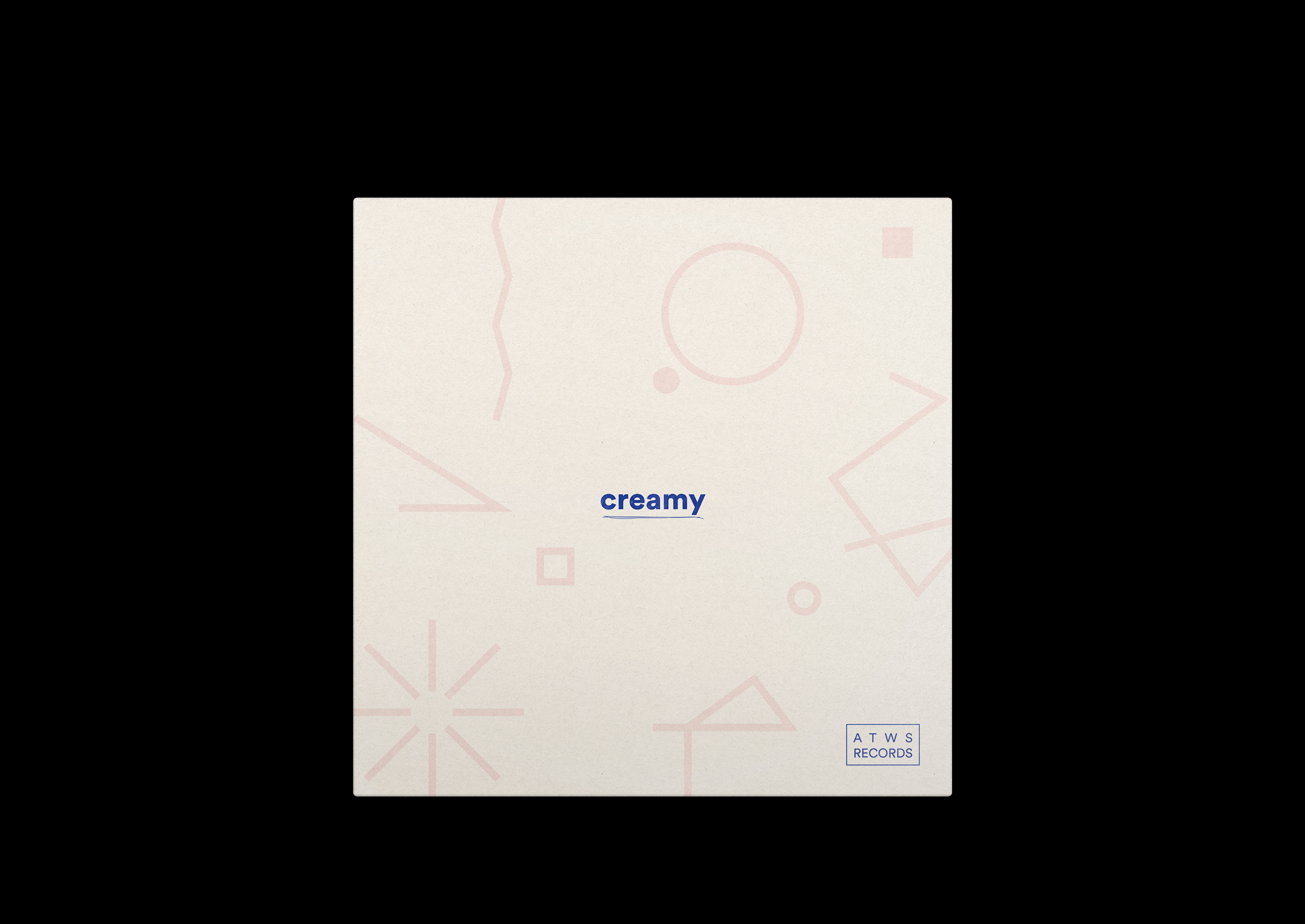 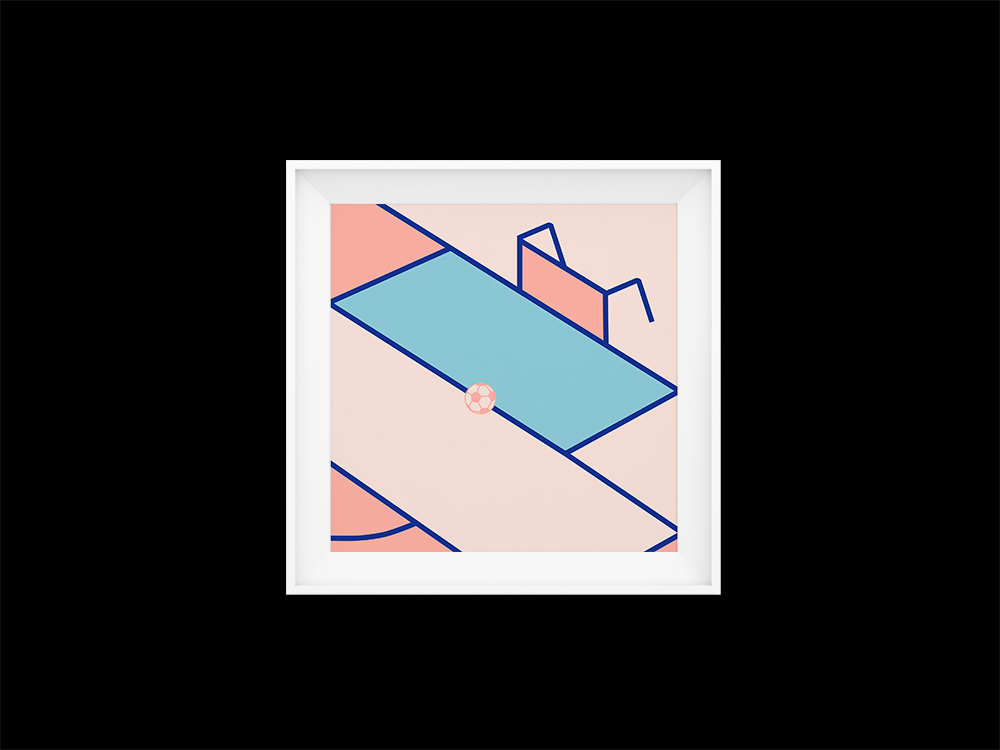 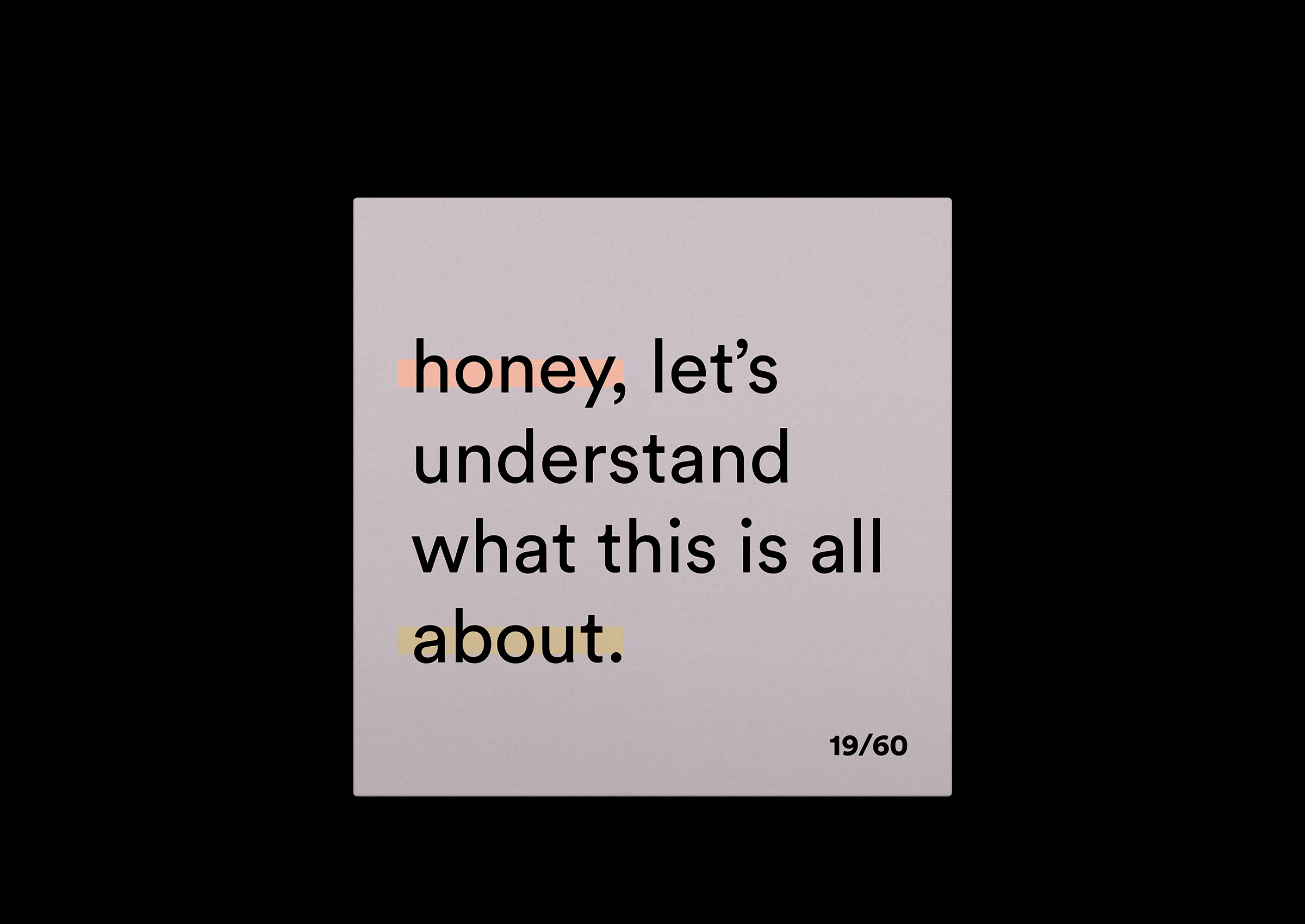 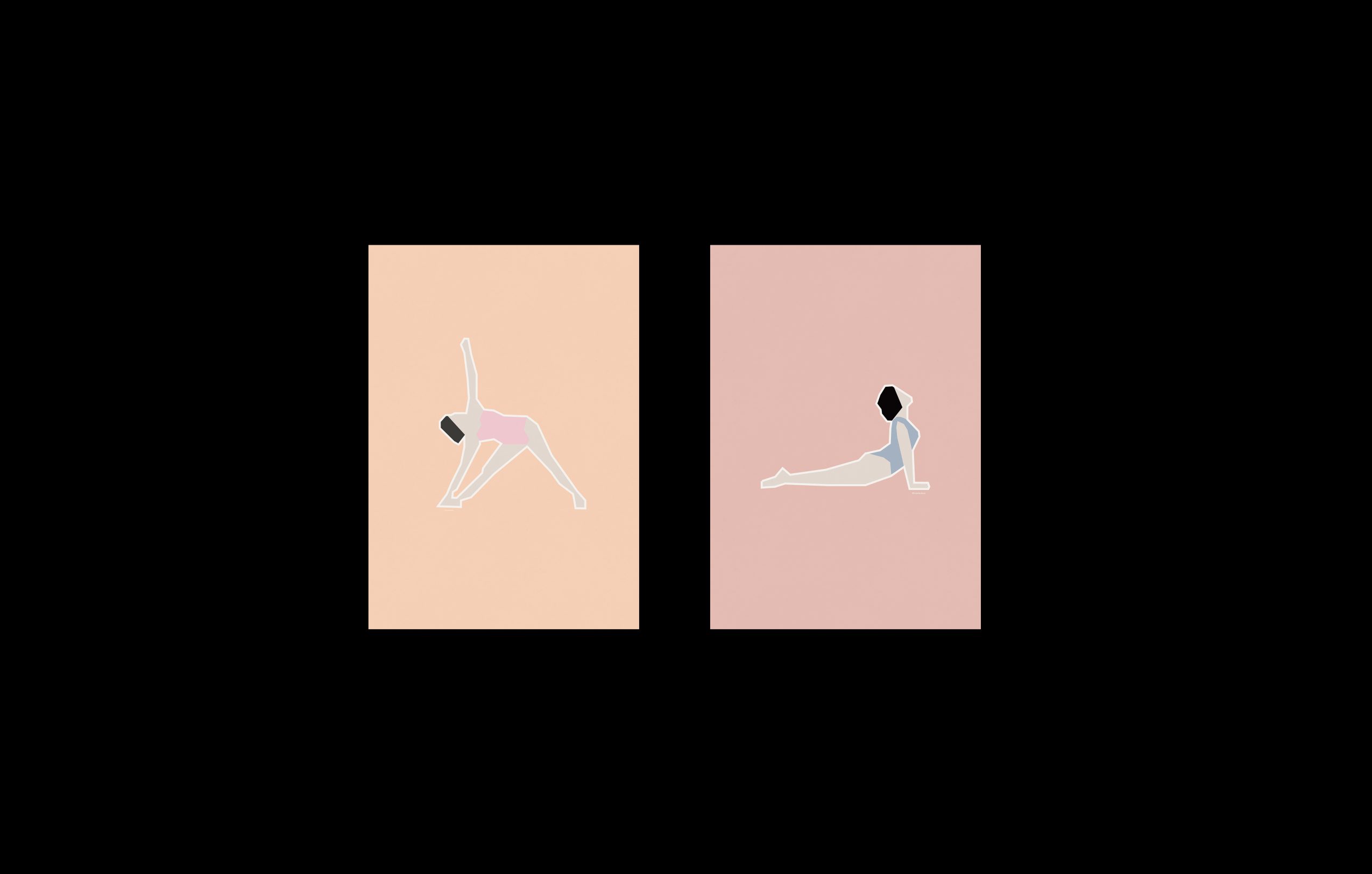