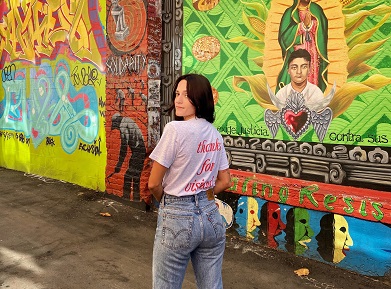 Today we’d like to introduce you to Lex Casciato.

Lex, we appreciate you taking the time to share your story with us today. Where does your story begin?
The birth of Visitor Records happened in 2020. I had just released my self-produced debut album “Flight Risk” (under the artist name Little Warrior) and performed two of my original songs on screen as a lounge singer in the movie “The Debt Collector 2.”

But when I released “Flight Risk,” the world shut down and we shut ourselves inside due to the pandemic. We weren’t playing or listening to music as frequently as we used to because bars, restaurants, & stores had closed and we were driving less. Tours were canceled and live shows stopped. Easiest way to put it – my freshman album was not performing the way I had hoped or planned…

What felt like such a disappointment resulted in the start of Visitor Records. During a phone call with my then label Blue Dot Studios, I expressed frustration with the industry and my desire to create music & a genuine music community. It was at that time that Blue Dot Studios gave me the keys to start my own independent, woman-run & artist-driven music label.

With the mission to amplify artists & help them get heard in a loud world, Visitor Records is led by musicians & performers who know the struggle of the music industry first-hand. We operate on the belief that when one of us succeeds, it benefits us all. This eliminates the need to compete and instead fosters more authentic expression (vs the need to try to sound like someone else) as well as edifying and encouraging each other. This industry is hard enough as it is – we believe in making life easier for one another, and we hope that resonates with our fans.

I’m sure you wouldn’t say it’s been obstacle free, but so far would you say the journey have been a fairly smooth road?
Like almost anything, there have been smooth times and some harder times – the good, ol’ ebb & flow of this adventure we call life. When it comes to our industry, a major challenge has been what feels like a catch 22 of the music business in which: emerging artists are searching for their fan base and using social media as a large part of self-promotion. But with algorithms, pay-to-play services, and the like, artists are somehow expected to have an immediate, massive presence in order for fans, music sites, and other industry folks to take them seriously or even hear their music release. There are so many incredibly talents artists in the world, but if you don’t have thousands to gamble on promotion and play-to-play services, it can be incredibly hard to get established.

Conversations with my peers about new their new music projects turned into frustrated discussions about feeling objectified by the industry – with their personality, image, and content being bought, sold, consumed, and discarded – all the while still feeling like they were never doing enough to keep their heads above water. After a release, you can get this vulnerability hangover because you just put your heart and soul on a platter for the world to experience, analyze, and judge. It feels good when the positive feedback and love flow in, and it feels like heartache when unproductive criticism or even just lack of a response or acknowledgment occurs. Then you see your earnings come in quarterly, and after several entities take a piece of your pie along the way, what once was a beautiful outpouring of your creativity can end up feeling like major a loss leaving artists confused and frustrated.

I wanted Visitor Records to be different – to make our artists *feel* different. I determined that through genuine community, stunning visuals, & creative promotion, Visitor Records would be a family in which we encourage & develop each other rather than exploit & deplete.

Thanks – so what else should our readers know about your work and what you’re currently focused on?
At Visitor Records, we’re so fortunate to offer Orchard Distribution and artist management services to our artists, but we’re not just any other label… We’re proud to be a family of artists committed to fostering community, creativity, transparency, and authenticity. When an artist joins Visitor Records, they become part of a family that collaborates, edifies each other in the creative process, volunteers to give back to our individual communities, and cares about the holistic health & wellness of one another.

While others in this industry have advised me to only sign artists who are already established and can afford to pay thousands towards their promotion, at Visitor, we value our artists over money. We are willing to take a chance on unestablished artists so long as their music feels genuine. We seek artists who feel a deep inner aching – and almost inner war with themselves – if they don’t create. It is a passionate need to create – a motivation much deeper than fame or fortune.

We believe that through that need to create, incredibly profound and moving music comes into being. We hope that by pouring ourselves into our music, we can help others feel seen and remind them that they aren’t alone in this wild world. After all, the origins of our label name comes from the idea that we’re all just visiting this planet for a short period of time, and when we leave, our music & art will remain behind as a record that we once existed.

Can you talk to us about how you think about risk?
I titled my most recent album “Flight Risk” because my lyrics started to breathe themes of running away, hiding, wanting to be found, and searching for a home. I think when one faces risk, it’s an opportunity to be innovative and grow one’s resilience. When I realized my album wasn’t doing as well as I had hoped, it forced me to choose between continued grief or growth. [Side note: that album that didn’t do so well initially was pressed as an LP and accepted at Amoeba Records – a lifelong goal of mine… something that wouldn’t have happened if I had just sunk totally into my disappointment]

Now with Visitor, I hope to build a home and foundation for artists to feel free to take risks and evolve with their music. At Visitor Records, we take risks by thinking outside of traditional, mainstream pop-culture. There are many things we can borrow from pop culture that can be incredibly helpful, but we also like to learn the rules in order to break them and evolve beyond what’s already been done and what’s expected.

I love that we take risks on unconventional and experimental artists in addition to our pop & rock artists. We aren’t one-genre heavy at Visitor. Instead, it’s all about the artists and the passion and emotion they evoke through their music. We’re proud to be an international label with artists from around the world and to feature multiple genres from lo-fi & hip-hop to world & folk to electronica & pop. That said, a common denominator with our artists is that you can imagine hearing their music in a movie or on your favorite, new binge-worthy TV show. Because of the heartbeat of our artists runs through their songs, you’re going to find that the music on Visitor will move you and get you thinking and feeling. And yes, sync licensing is a major part of our game plan for our artists because what’s better than one art medium than the collaboration of multiple art forms?

To summarize my thoughts on risk, a fellow artist would help me through my existential crises by asking me one question:

“Do you need to REST or RISK?”

As someone who can overthink and overanalyze almost anything, I’ve found that this simple question can reveal our deepest hopes and the best decisions, and this remains a question I ask when thinking of the next steps for the Visitor Records family. We hope you love what you hear, and thanks for visiting! 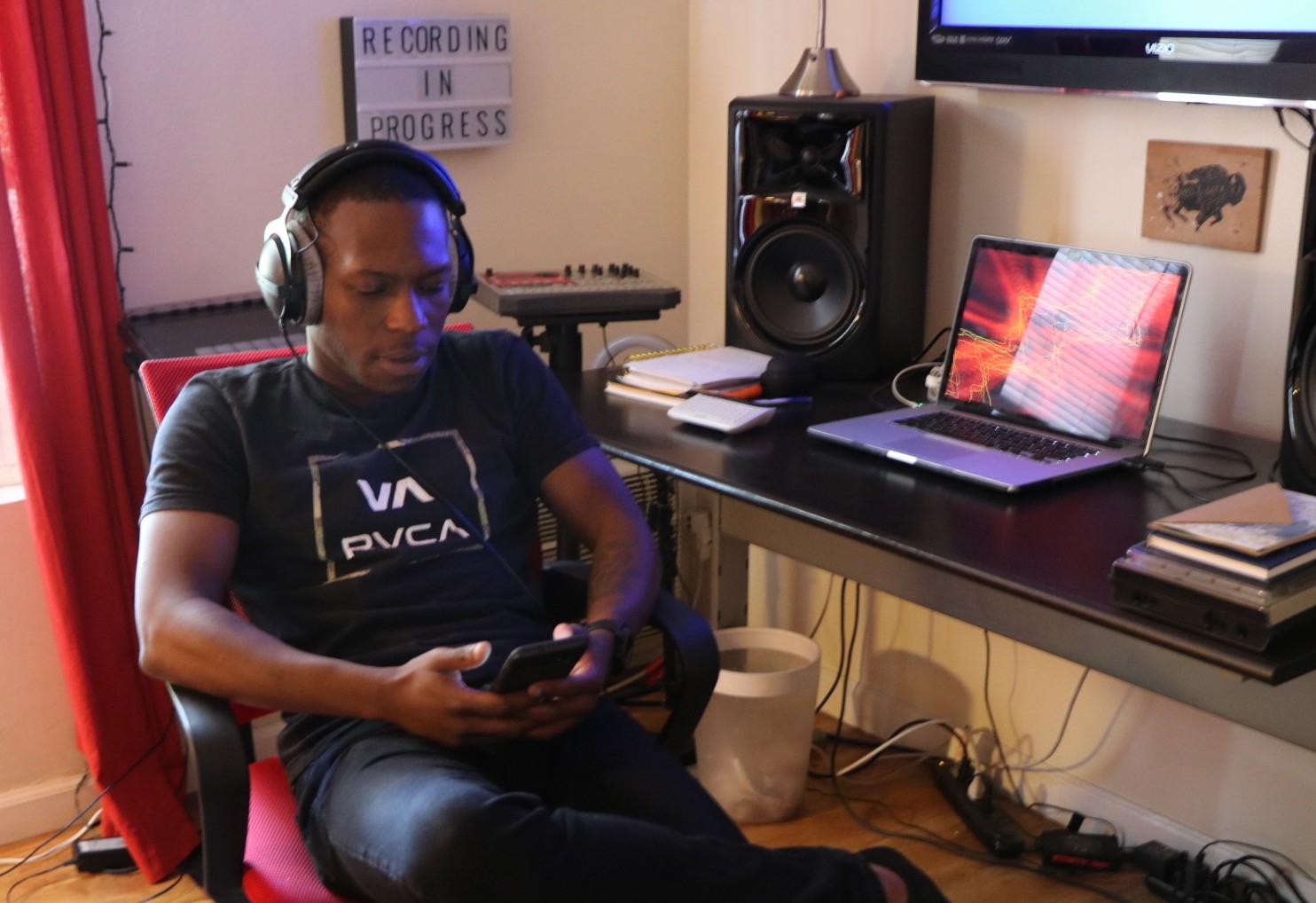 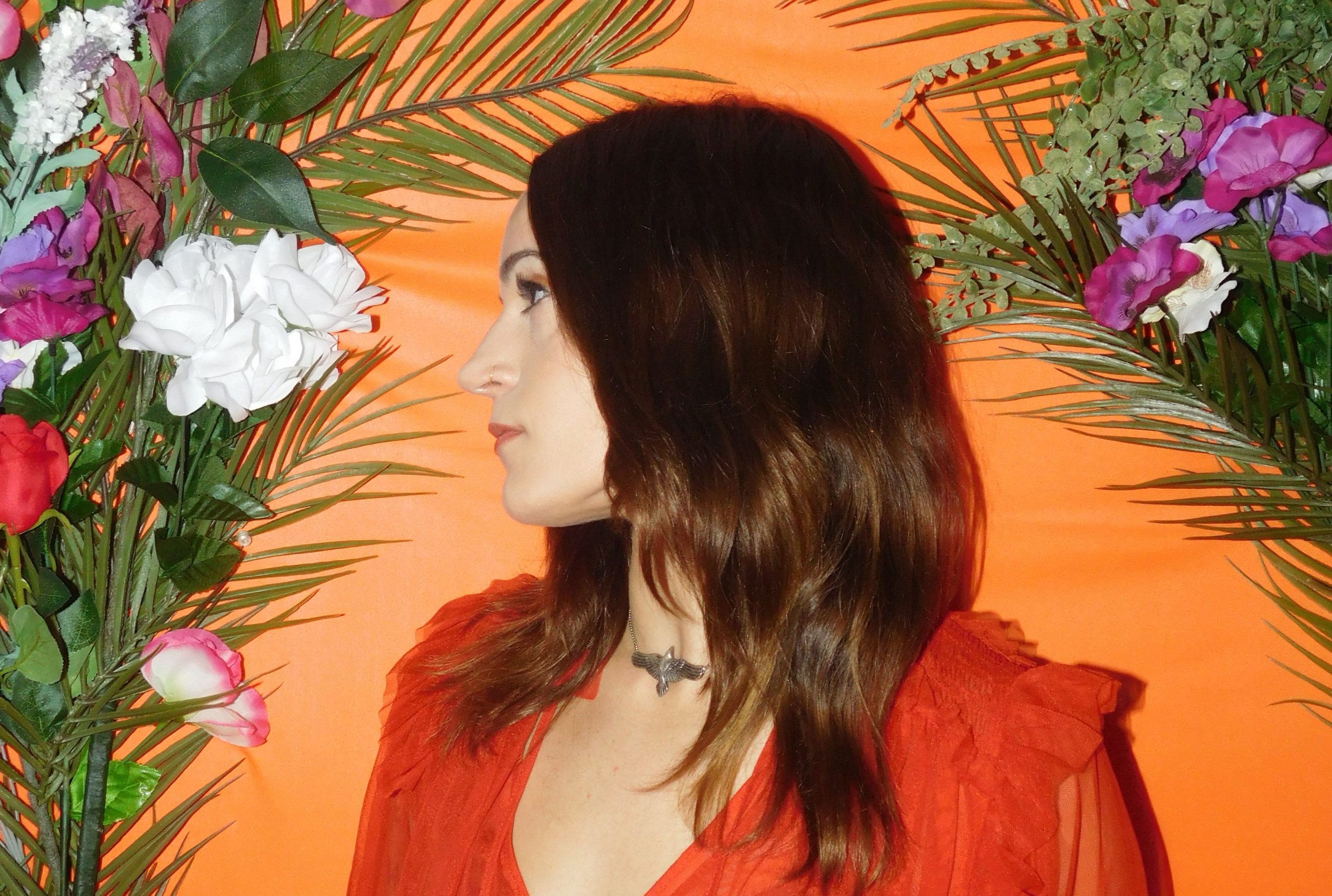 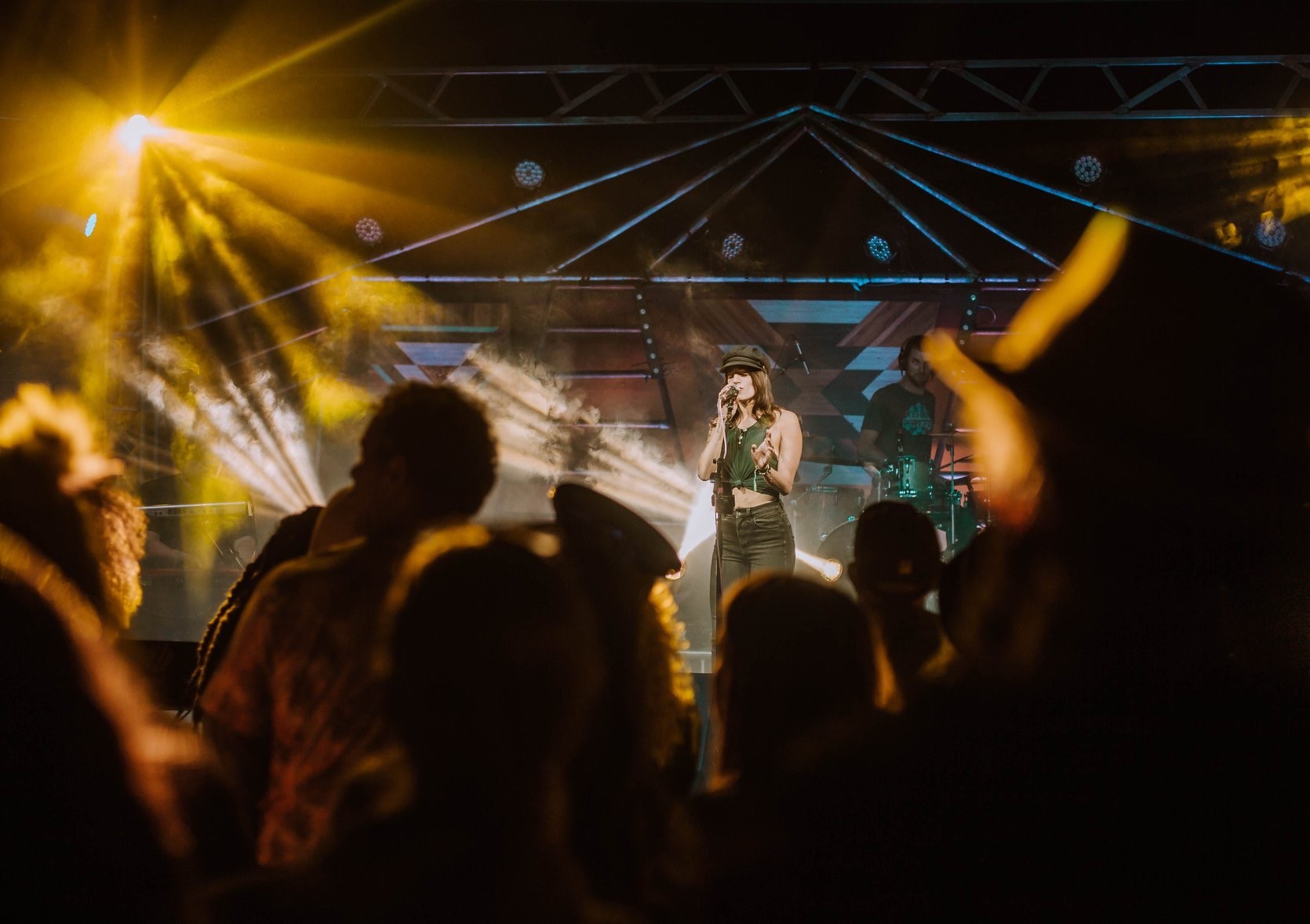 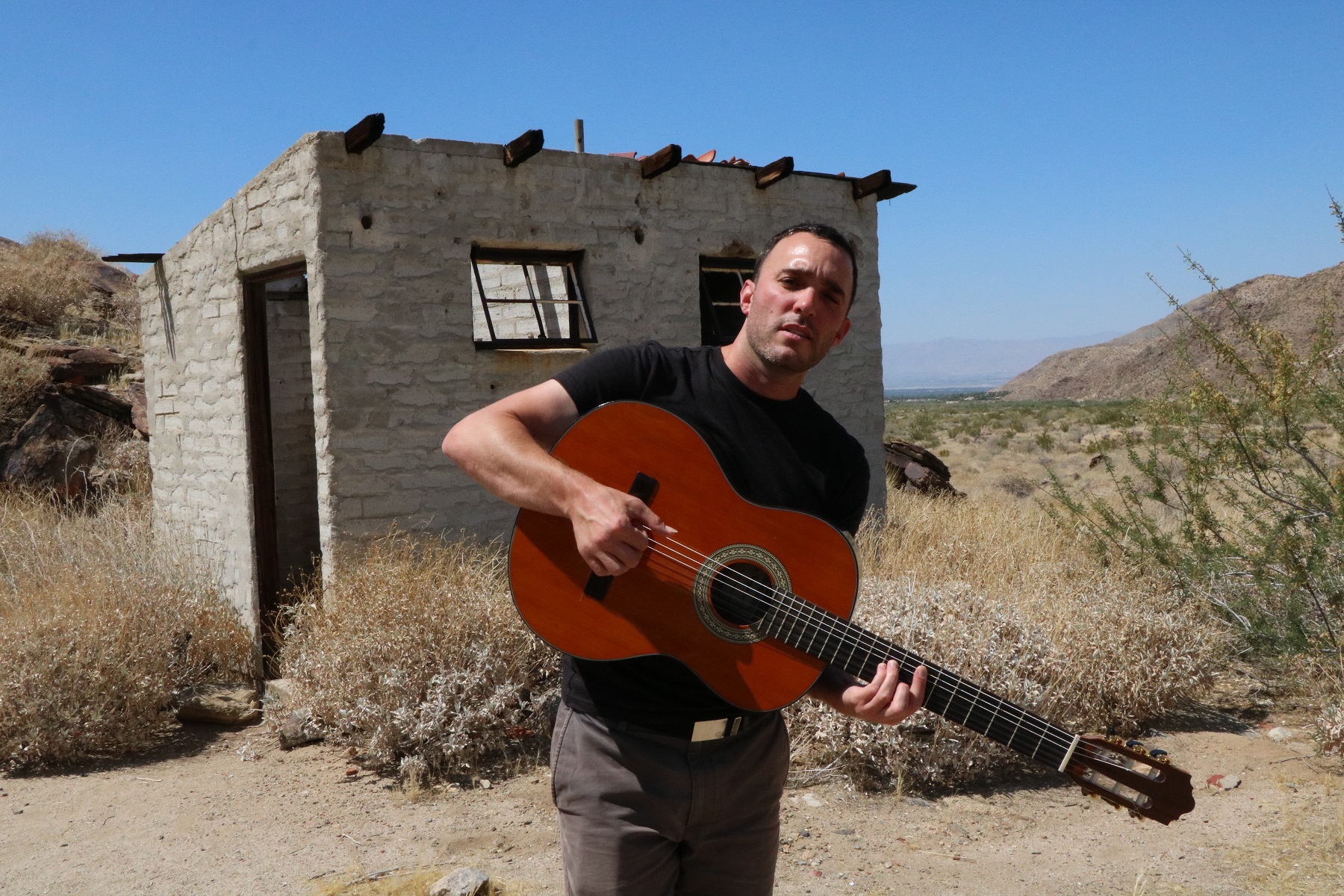