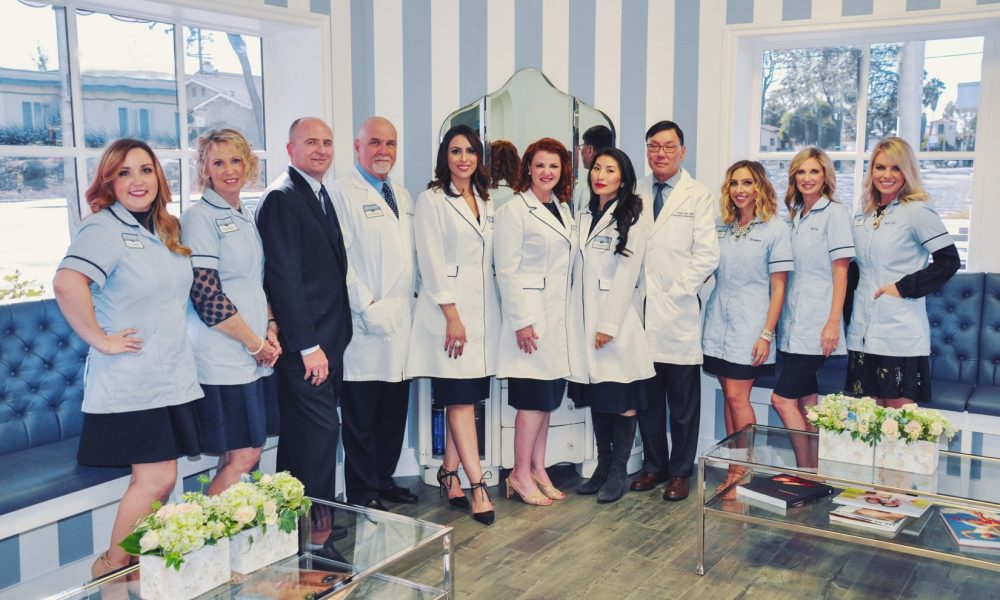 Today we’d like to introduce you to Leslie Fetcher. We asked her awesome staff to share her story with us.

Leslie Fletcher, RN. MEP-C began her career in Medical Aesthetics early in 2001. Since then she has worked alongside plastic surgeons as well as a celebrity dermatologist for 9 years before branching out in 2010 into her own well-recognized brand, InjectAbility®. Having a background as a seamstress and designer, she had the artistic ability to make the eye for aesthetics become something she didn’t even have to look for, it was just there for her taking. The construction side of her background taught her the most important phrase for an entrepreneur, “Where there is a will, there is a way”. This phrase was the genesis to the idea for her now patented ArqueDerma® Artistic Restoration Lift® technique.

As an injector who wanted to make every one of her patient’s happy she wanted to provide for them what they were asking for which was “a non-surgical facelift, that looked natural and didn’t make them look any fuller”. This option did not exist before ArqueDerma as the majority of injectors were stuffing the face in order to jsu ‘prop up’ the wrinkles.

Ten years later and now ArqueDerma® Artistic Restoration Lift® is the only medical patent ever to be issued in the world for a non-surgical face-lift and through The InjectAbility® Institute is exclusively licensed out to almost a thousand practitioners worldwide. Leslie Fletcher, RN, MEP-C is seen as the authority in the medical aesthetic industry. She has spoken at numerous international as well as national aesthetic conferences. She serves as an editor for the UK’s premiere medical journal, “The Journal of Aesthetic Nursing”. She is the number one utilized trainer for Allergan, the company which manufacturers Botox®, and trains all of their top practitioners around the country. In 2010 she also founded The InjectAbility® Clinic in Los Angeles, CA where she employs 3 physicians and one PA-C to help take care of her ever-expanding patient list.

Great, so let’s dig a little deeper into the story – has it been an easy path overall and if not, what were the challenges you’ve had to overcome?
Leslie Fletcher, RN’s biggest asset, being a nurse, has proven to also be her biggest challenge. In an industry controlled by physicians, she is fighting her way to the top as a nurse. Although in the US there are reports as high as 75% that aesthetic injectors are non-physicians, the media will only highlight core specialty physicians such as dermatologist and plastic surgeons. Every news segment, commercial, magazine, or print advertisement will only quote physicians. The irony of this type of skewed publicity is that Leslie has trained the majority of these physicians as well as their non-physician staff that they never speak of publicly.

Leslie quickly learned, however, how to gain respect in the scientific industry, despite the fact that she did not have an MD after her name. She immersed herself in research, education, and publishing. She began teaching the craft of aesthetics in 2006 and made a reputation as the “go-to” person with the most experience, as well as answers to the various questions that came up in the industry. She became the most utilized educator for the world’s largest aesthetic based pharmaceutical company, Allergan. During this national educator role, she began to surround herself with physician supporters that encouraged her to branch out and create her own brand. She eventually pursued the first ever method patent application for an injection technique she developed through years of research, which is now patented under the name ArqueDerma® Artistic Restoration Lift®. Despite her non-physician status, she was able to credential herself wherever she trained, nationally or internationally, as a published author with over 20 peer-reviewed articles, a medical patent holder, a holder of 7 international trademarks and multiple copyrights.

Due to her notoriety, and respect in the scientific community, multiple physicians expressed an interest working for her in some way. To date, she contracts with 7 physicians, both nationally and internationally that work with her companies as consultants, advisors, educators, and injectors at her clinic. Having Board Certified Plastic Surgeons and Dermatologists who work for her elevate her nursing status to an even higher medical level.

InjectAbility Clinic – what should we know? What do you guys do best? What sets you apart from the competition?
InjectAbility® Clinic offers the latest and most effective non-invasive aesthetic treatments known in the beauty world today, and executes them with a high degree of scientific excellence. Many treatments are exclusive techniques patented and created by their highly experienced practitioners. With a more natural approach to Botox®, and dermal enhancers such as Voluma® and Restylane®. With almost two decades of experience, patients can be assured that their safety and superior outcomes are InjectAbility’s first priority. They are known for their Decade Dosing® formula of full-spectrum, innovative beauty treatments that accomplishes that “10 year younger” look, without looking like a different person. They also focus on the canvas that the skin holds, bringing you the most effective medical skin care in the world. They offer a comprehensive consultation included in your first visit. Highly trained and experienced medical professionals make your experience a positive and personalized one.