Meet Leonora Francesca Flores of “i.n.b.e.a.t.film” – Inclusion Narrative in Business, Education, the Arts and in Film 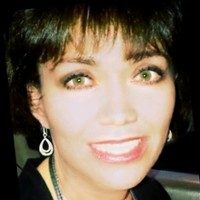 Leonora, can you briefly walk us through your story – how you started and how you got to where you are today.
My father’s mother, Lenora Boyd Willette, was an African American newspaper editor, playwright and social activist who was also an erstwhile aide to Eleanor Roosevelt on migrant labor issues. She was an important early muse and taught me and her youngest child, my dad, to question the status quo.

Dad had told her he wanted to follow in the footsteps of Richard Wright and James Baldwin and emigrate to Paris, to become a writer because he was sick of the “status quo” of racism in the U.S., She sent him. He lived in Paris for 10 years, was an amazing writer and met my mother there. Mom was an artist from a famous family of Slovenian and Austrian artists. Discussions among their artist friends centered around the recent European holocaust, global effects of the Second World War, on-going civil rights battles in the U.S. and how to expose all of that through art. literature and film.

When my parents decided to move to the States after I was born – racism was still a fire-breathing dragon pretending to be a pet lizard – and my early years were defined by my parents’ struggle to raise me without getting singed by it. I knew as a very young kid first-hand that people can get herded into cultural bias-structures before they know it and that people’s fear of “otherness” can be manipulated and fanned by powerbrokers with a stake in the chaos that a hungry “dragon” creates. Every Black, Latino, immigrant or refugee child in this country knows that as well.

My parents knew I wanted to grow up to change that.

So when I was 11, they felt I might enjoy moving to Europe to stay with my mother’s people and see my blackness from another perspective. I wasn’t enthusiastic about it, being such a shy kid, I rarely spoke. However, I could read at a college level, at 10 because reading and writing in the English language was my only pleasure, It was how I could make sense of the world. Now no one would speak English in my presence for what would become 3 years? How to define my otherness to the famous grandfather with whom I moved to Vienna, Austria to live?

I had heard he was an erudite, famous theater director, multi-linguist and star/director of the most popular TV show in Austria ever until then, But when I met him, he certainly was not too warm and fuzzy. Not at all. He still had provincial ideas about bi-racial or any “racial” kids from America that shocked me. Didn’t German speakers read, I thought? I didn’t want him to think I was “all of America.” Yet I thought he was all German speakers.

He didn’t speak English either but I stayed for 3 years and came back for 4 months a year for the next 15 years, anyway, because eventually my grandfather, Franz Stoss, became the second muse/mentor/big love of my life, besides my parents. I was determined, as an immigrant in Austria even with family there, to prove my worthiness to him. In homogenous cultures, standing up for one’s otherness is no joke. It wasn’t at that time for me, either.

On the upside, my grandfather’s home and professional worlds were amazing, imaginal playgrounds. There were actors, directors, choreographers, dialect and acting coaches constantly helping me think of life as a performance to direct. By age 12, I’d written lots of fairytales about this new culture in my new language (German), forced my Austrian friends to act in them, refused to speak English, read everything I could get my hands on, listened to every TV show, and kept notebooks on how Austrian mythology goosed German idioms and behavior. Of course, I got a huge boost in this effort by getting to go to my grandfather’s TV sets and theater, I was grateful and I loved it.

Most impactful about this period in my life was the way “Gramps” taught me every culture loves storytelling about human growth and family dynamics – you can sell that kind of story anywhere, he would say. (His record success as a theater producer and director was a testament to this theory.) “We have storytelling tropes in common with other cultures but we still learn more about ourselves through someone else’s culturally specific storytelling than we do through conflated cultural stereotypes we create of ourselves.” Joseph Campbell would agree.

When I returned to the States, I wanted to act and did, throughout high school and college. I had had an awful lot of world-class theatrical training in Vienna and I was observant like most shy kids, so I wasn’t bad. But my burning passion was to write and teach about the many ways human beings waste their lives, hating what they fear about themselves, in others. After college, I married, worked as a national television producer and learned that race and culture are only constructs to be manipulated for profit by network producing entities. That was a huge lesson.

So I studied screenwriting, birthed the mythologies that are my own amazing children and pursued doctoral level training in Mythological Studies and Depth Psychology. The latter is roughly the study of what cultures demand from the individual and what individuals learn from their unconscious to demand from culture. Couldn’t be more perfect of an educational focus for someone who cares about fostering inclusion in culture.

I am currently an adjunct Joseph Campbell English Research and Writing college professor on a film studio lot in a BFA program for actors, filmmakers, musicians, dancers, visual artists and dreamers whom I teach about the importance of “curating one’s own worldview and art before someone else does it for us.”

My greatest passion is and always has been providing structural, cultural, historical and psychological analysis and support for filmmakers, screenwriters, playwrights, professionals, and writers. In addition, my Slovenian family are largely visual artists who were also giant muses for me. From them, especially from my sculptor uncle Drago Trsar, painter aunt Vida Fakin and novelist Uncle Igor Torkar – I learned to write artist bios that define the lens an artist can create for a viewer into the culture at large. When the images artists and screenwriters create linger in viewers’ minds, they alter the subsequent dialogue viewers have with themselves and with their culture. That is why it is important for artists, screenwriters, and filmmakers to take advantage of their impact on the public psyche with generative tropes of cultural inclusion and empathy.

In the art world, we talk about how museums – and children’s history textbooks for that matter – insidiously curate a colonial entitlement perspective into museum shows that sadly also curate our view of ourselves before we can even learn to spell prejudice or intersectionality. Museums and history books almost always do this, pure and simple, unless we’re talking about the Hammer Museum’s art-world God-send Ann Philbin or in film, about the historically insightful Jordan Peele, among a few others. It seems to cost too much for many museum boards to pick up a good history book and see how little of world culture they actually represent – conveyed through authentic voices.

A demand for inclusion in all aspects of culture including the art world isn’t about the culturally excluded bravely requesting cultural sustenance and representation, a la Oliver Twist. It’s about all of our muscular, equally important voices – holding a mirror to our cultural institutions and demanding those institutions accommodate what they see – which is all of us.

Or about museums following the wisdom of Camillo Sitte, in creating a sense of access to art in public spaces for the developing sense of art in all of our psyches. Or about incorporating more exhibits for kids about how to see the planet as art, as in Friedensreich Hundertwasser’s buildings as a canvas for beauty and sustainability, The most recent excavations of Pompeii show that while life can be extinguished in a moment. the humanity of a culture can live on longer in its graffiti than in its artifacts, an inconvenient truth for deniers of the value of Street Art. (“Don’t eat at that restaurant, you’ll get sick. That Roman general is corrupt, beware. Hire this baker for the best parties in Pompeii, ” etc.- tells us more than ‘Gee. I wonder what this bowl was used for…?”) Art lives in all of our psyches. It is always political, as life always is.

For all the above reasons, I love helping artists and writers honor their powerful, authentic, unconscious and often political voices, to give those voices structure and to question their messaging about other cultural or psychological worldviews. What our art, literature, and films tell future generations about who we are and what we might have been – should be important to us. We shouldn’t want our wannabe puppet masters or any political blowhards to be the only ones to define us, for the record.

Overall, has it been relatively smooth? If not, what were some of the struggles along the way?
Life is never as smooth as we want it to be but one of my own biggest obstacles early on was not believing that what I love to do had enough value to pursue as a career direction. Fortunately, that has changed. Another obstacle was the recession of 2008, which gave me even more empathy for economically disenfranchised peoples around the world and an interest in creating content that sheds dramatic light on a few of the societal and economic ways people can survive such disenfranchisement.

Leonora Francesca Flores (CEO, “i.n.b.e.a.t.film” – Inclusion Narrative in Business, Education, the Arts and in Film) – what should we know? What do you guys do best? What sets you apart from the competition?
I am an Arts, Film and Culture writer and a College Professor in English and Screenwriting. But I am most proud of being a screenwriting structural analyst/consultant who is good at authenticating Cultural/Historical/Psychological narrative elements and good at propagating inclusion in all cultural narrative.

I am very good at this, being a hybrid cultural and bi-racial soul who grew up in the theater, in television producing and with too much education and real-life experience of intolerance to mention, myself.

One of my imminent goals is to complete a filmmaking textbook that teaches culturally inclusive screenwriting/filmmaking and cultural al wisdom sharing. In spite of a few amazingly insightful recent films about culture and race, we still need more ethnic, cultural and gender-varied representation among film crews, DP’s, editors, television showrunners, film critics and definitely among screenwriters. Inclusiveness education is the opposite of entitlement education and crucial if we want to move on as a culture.

Another passion is developing (and helping clients develop) web-series in which cultural analysis is a character.

What is “success” or “successful” for you?
It is rewarding to contribute something generative to the culture as a whole, to be respected by one’s peers, to be able to help other artists, to be able to support myself doing what I love. Enthusiastic “Word-of-Mouth” is one marker for success which I appreciate greatly (not enough of us recommend each other), but it can be very subjective.

Usually, once I have constructively analyzed a screenplay or film for structural, psychological, historical or cultural elements, I have made a fan of that screenwriter. You can either do it or you can’t. 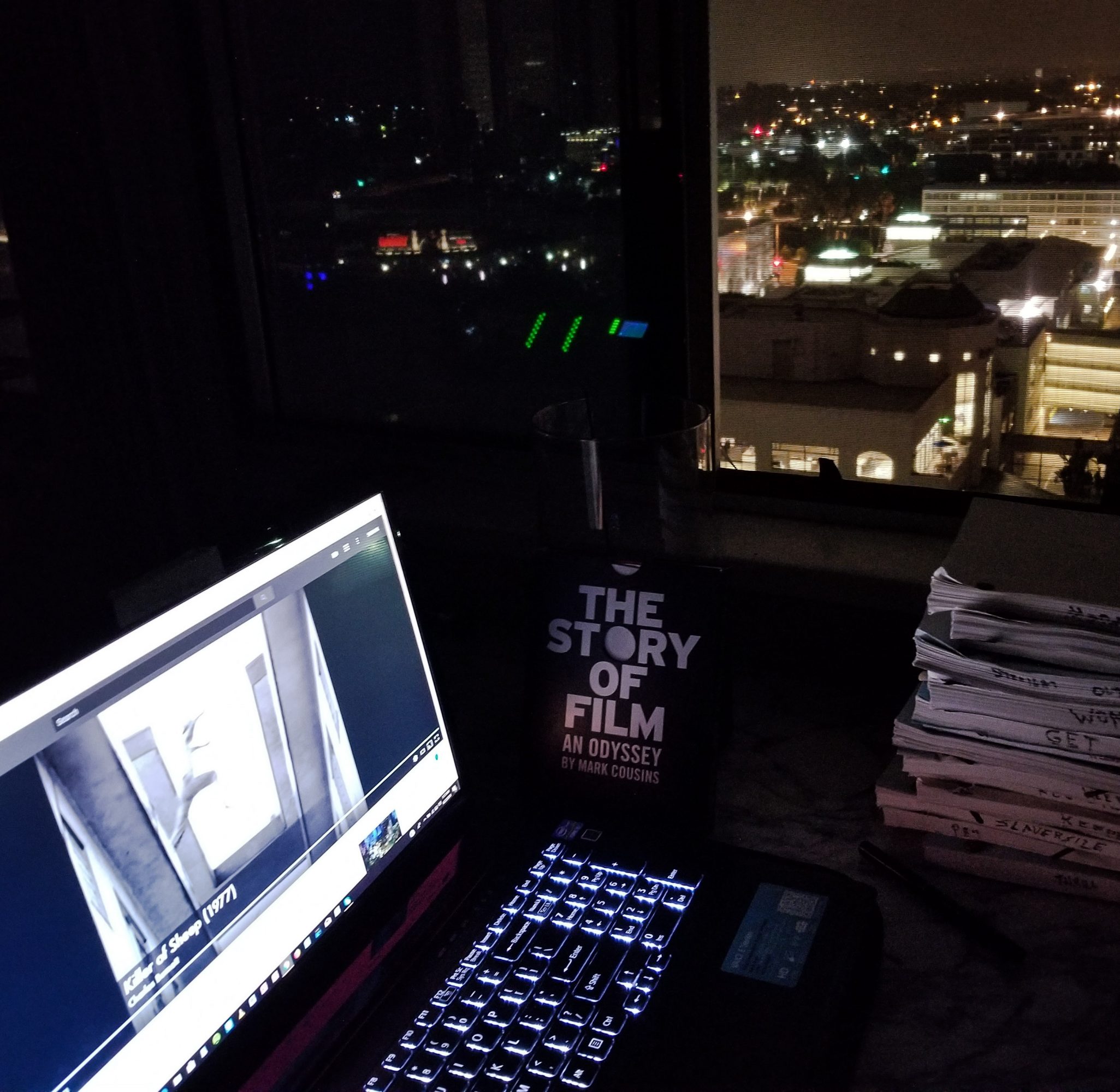 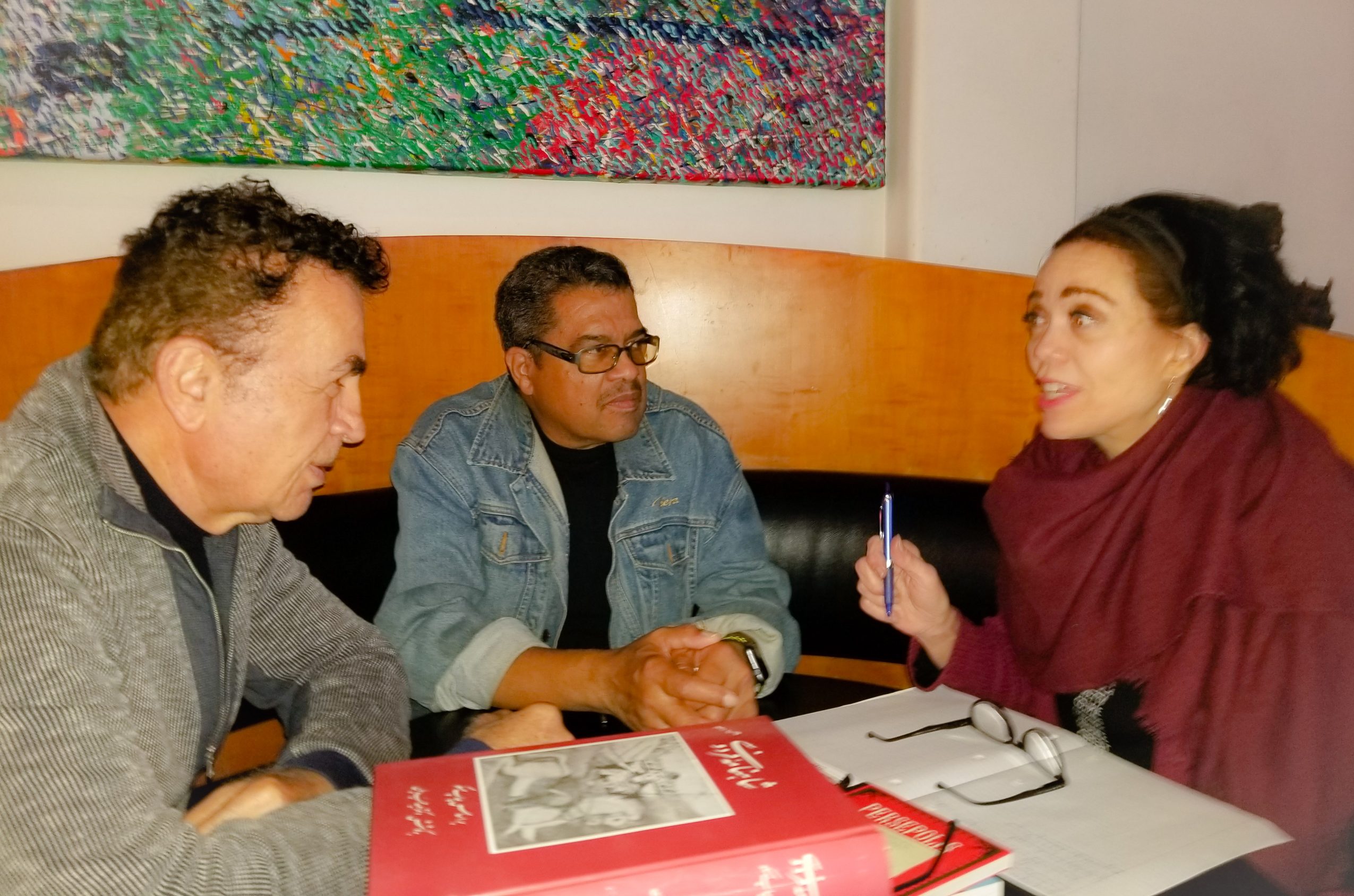 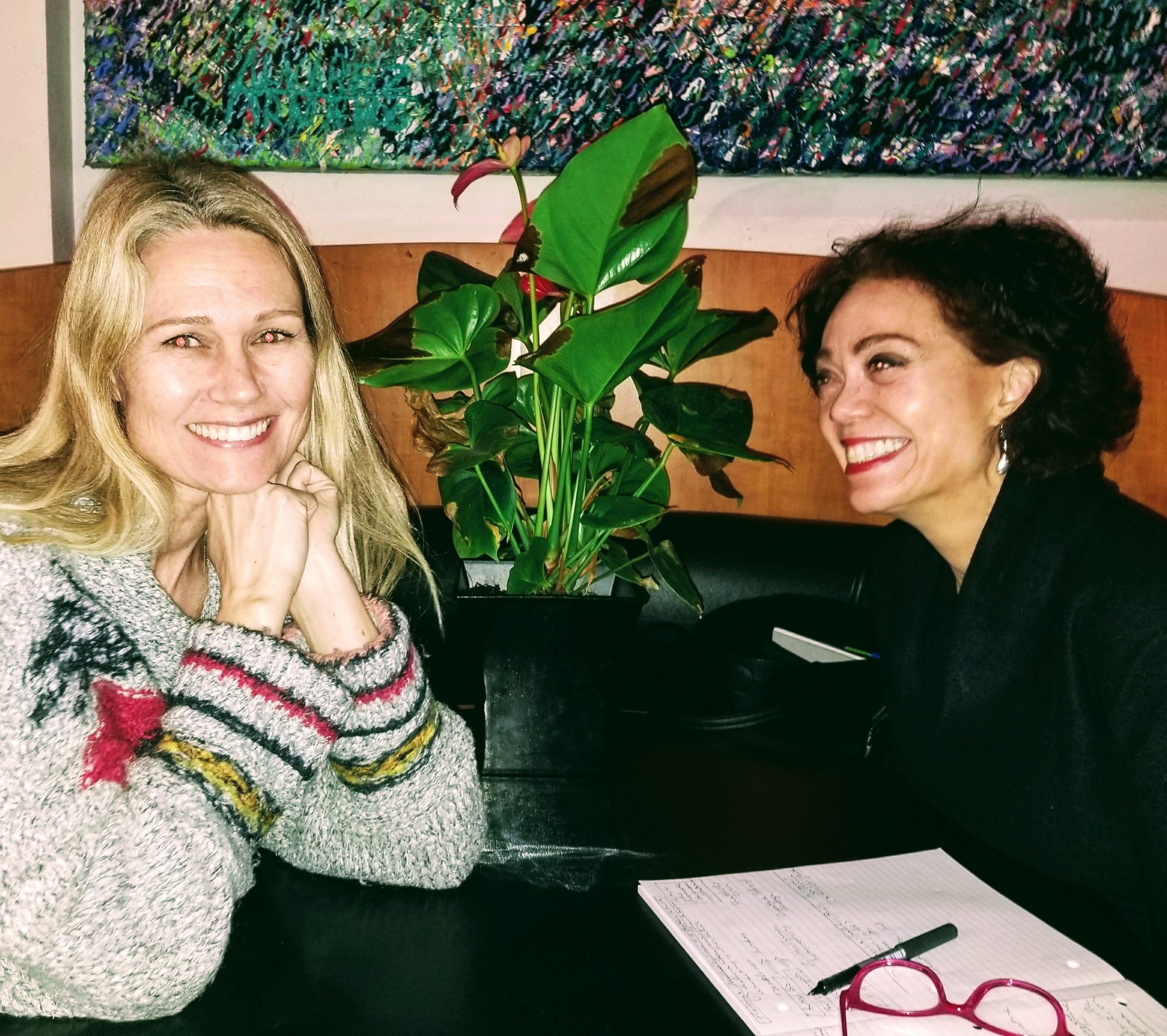 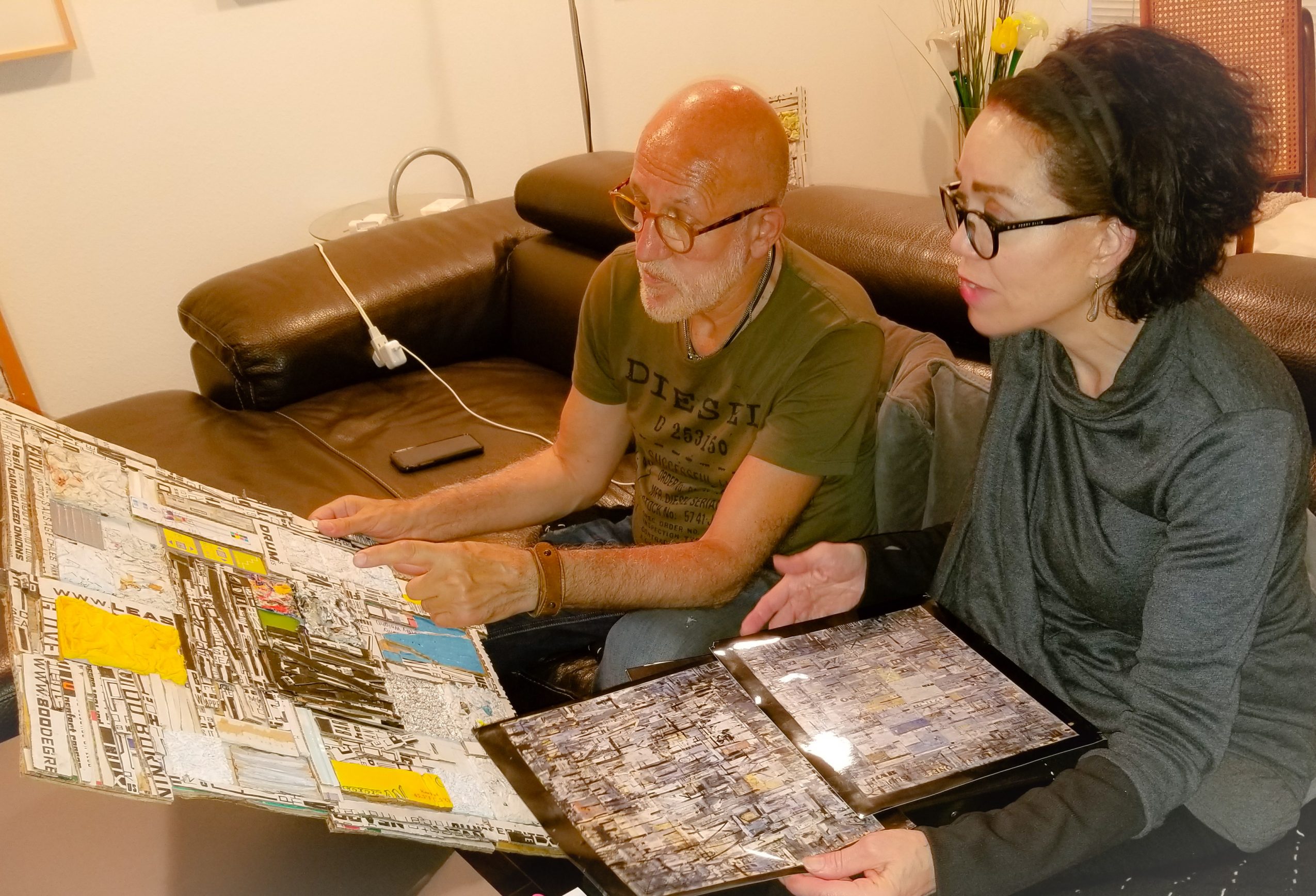 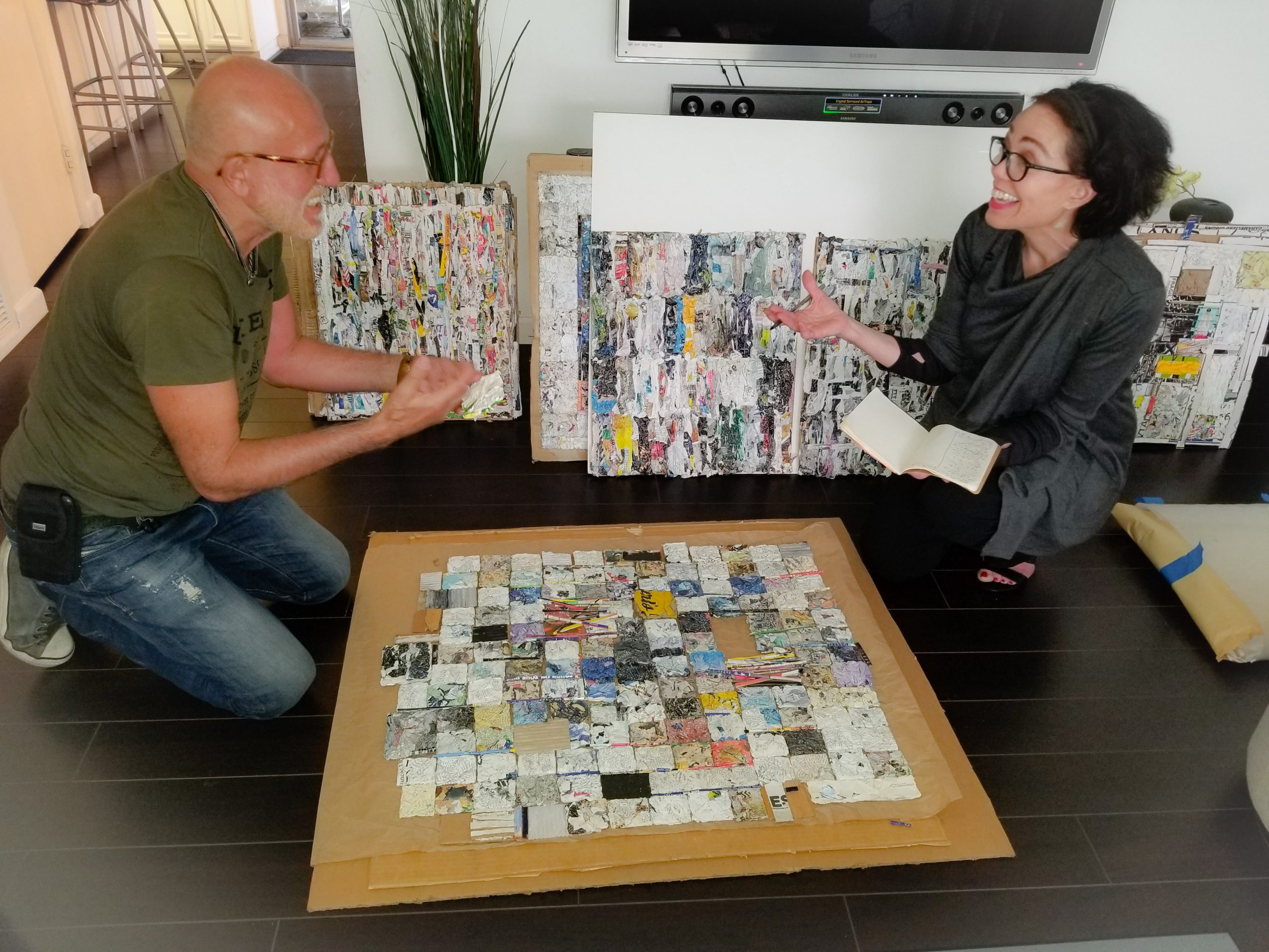 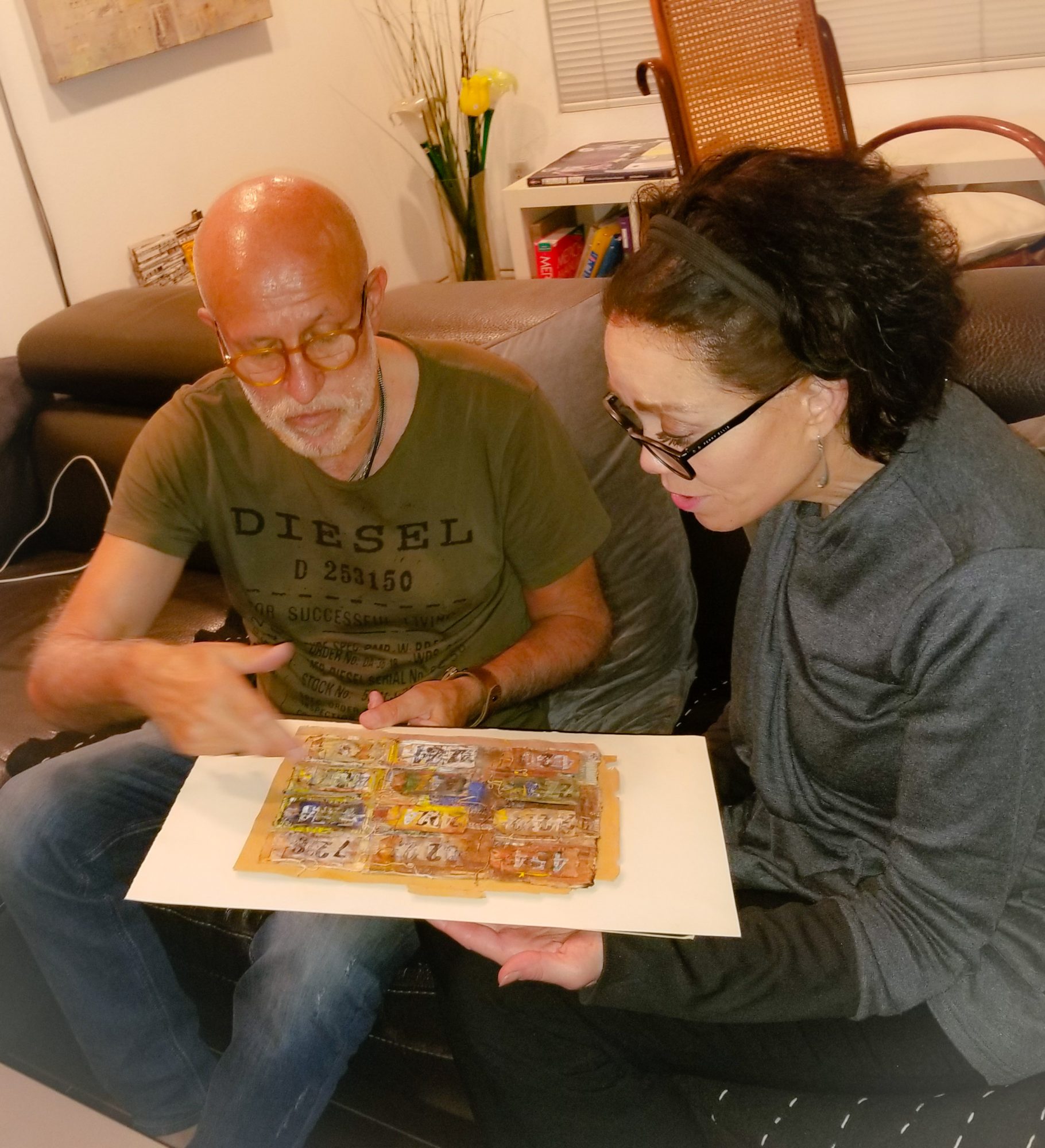