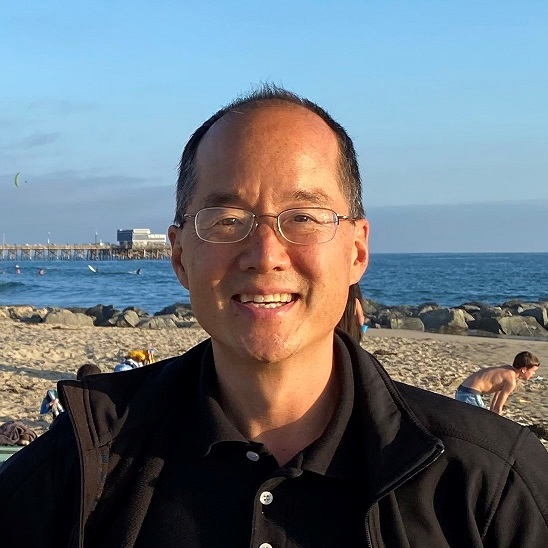 Today we’d like to introduce you to Leonard Shen.

Hi Leonard, so excited to have you with us today. What can you tell us about your story?
I feel like the walking example of “When Worlds Collide”! On the one hand, I’ve spent most of my life on the conventional straight-and-narrow: environmental lawyer, US EPA official, then 25 years as a corporate lawyer and Chief Compliance and Ethics Officer for GE, American Express, PayPal and Visa.

Yet at the same time, starting over 35 years ago I began learning Tai Chi, moving on to Yoga, Meditation, Reiki (Level 1 and 2 certified), and finally Qi Gong. These energy practices and mystical aspects of my life have become my passion, as I have in recent years become an ordained Priest of Christian Mystical Arts, an avid online teacher of Qi Gong to students around the world, and am now in training to become a Daoist Priest and Doctor of Chinese Energetic Medicine.

I think the people who know me in either my Corporate Legal world or my Energy and Spiritual world look at me and say, “where the heck did that come from?!” But I delight in being able to develop ALL aspects of my being and not be pigeonholed into one type of person. And by pursuing these two seemingly incompatible paths, I become able to bridge and share skills and perspectives in both directions—and maybe encourage other people to blaze their own unconventional paths as well..

What a fascinating contrast! What exactly is Qi Gong?

Qi Gong is a 3,000 years old tradition, practiced by millions of people primarily in Asia, which allows you to extract life force energy from the environment, purge toxic energy or “chi” accumulated in your body over the course of your life, and then concentrate and manipulate clean new chi for purposes of well-being, healing, martial arts and spiritual growth.

I first was exposed to the power of chi in 1984 when I saw my tai chi master in Seattle, John Leong, bend six-eight foot long steel reinforcing rods whose tips were suddenly thrust against the soft part of his throat. Rather than piercing his throat and killing him, he was able to make his throat like stone and all six steel rods bent like they were hitting a wall. I later learned that advanced martial artists are able to similarly focus their energy to perform seemingly superhuman feats, such as throwing an opponent twenty feet against a wall with a slight nudge of their shoulder.

More importantly, I learned that there is a whole science of how energy flows in the body, underlying a sophisticated healing system in acupuncture and qi gong

which has been well established in Chinese hospitals for centuries but only recently understood in the United States.

Through a combination of gentle movement, breath and intention, and a knowledge of the energy channels and centers in the body, Qi Gong practitioners can achieve mental clarity, calm, greater levels of vitality and resilience, and connection to nature and the environment in a way which is very natural, but usually obstructed by the stresses of our Western lifestyle

On the conventional legal career path, I had to deal with the usual challenges, such as toxic bosses and organizational culture, and the stresses of high-pressure jobs facing intensive media, management, and/or governmental scrutiny.

On the energy and spiritual path, one of the main struggles continues to be convincing my family and friends that I have not gone off the deep end, given the mystical and spiritual aspects which are totally foreign to our atheistic, technical and classically Western upbringing. Being a mystical priest is very different from being a corporate lawyer!

I’ve also been challenged by the difficulties of starting and building a small business, even though my online Qi Gong classes are offered as a non-profit (all net proceeds donated to Ukraine charities). After decades of being swaddled by large corporate organizations and infrastructure, having to build my own brand, attract and retain students, and nurture a growing marketing presence and practice on a shoestring have all been challenging opportunities to learn. Even setting up my own website and Google location was new!

The Chinese say that everyone has two lives, matching the cycle of forces in the universe: your first 60 years, then an opportunity for a second life after that. And indeed at age 60, I retired from the corporate legal path and focused in earnest on training and teaching Qi Gong.

So in recent years, I’ve brought together decades of practicing various energy arts to teach Qi Gong online, twice a week, in the direct lineage of one of the world’s most renowned Qi Gong Grandmasters, Dr. Jerry Johnson. I feel incredibly privileged since Dr. Johnson, who brought the most advanced Qi Gong practices to the U.S. after studying them in China 25 years ago, has broken the centuries-old taboo against teaching these arcane but extremely powerful skills of manipulating and concentrating energy and passed on these secret techniques before retiring next year.

There is a growing number of qi gong teachers now in the U.S., but very few who have developed their skills into a meticulous scientific system, as captured

in the several thousand pages of treatises on Chinese energetic medicine published by Dr. Johnson.

I see Qi Gong in the US as at the same stage of where Yoga was 20 years ago. Qi Gong is catching on because of its inherent utility in self-healing, healing of others, and the clarity of mind and well-being and boosted energy levels which practitioners can readily achieve. Many are finding that ailments which are not resolvable by Western medicine are susceptible to relief from Qi Gong practice.

I like to think that I bring to Qi Gong the concise, clear, and accessible communication and training skills which I honed after 35 years as a lawyer and leader. To both know and be able to teach clearly these arcane skills is not a common intersection of talents.

What do you like and dislike about the city?

I love the diversity of LA, the openness of the culture, the stunning variety of ethnic cuisines and neighborhoods, and of course its ready access to the ocean and mountains and spectacular weather.

I love least the traffic, the unpredictability it imposes on daily life, and the air pollution and congestion in certain parts of LA. 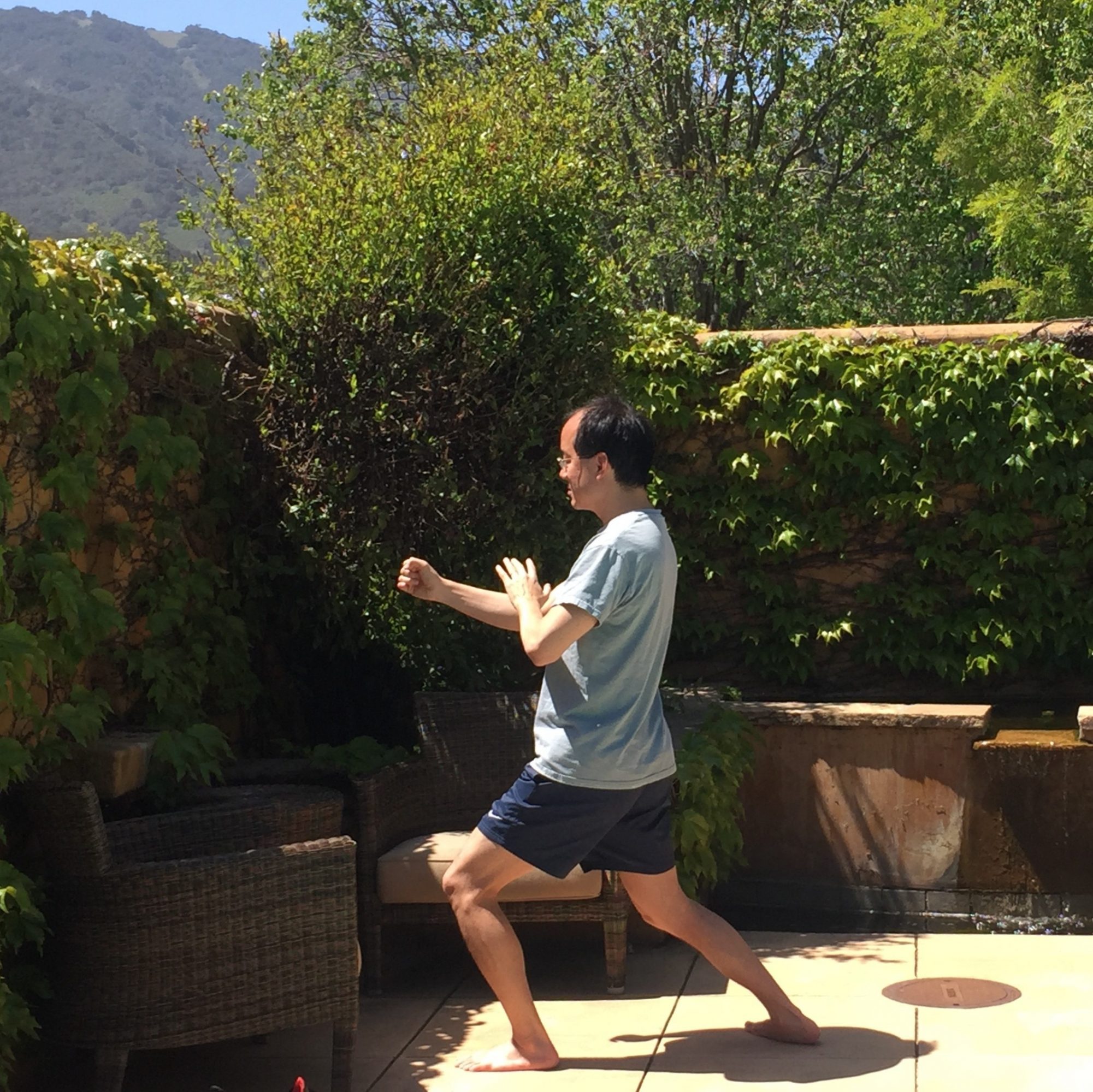 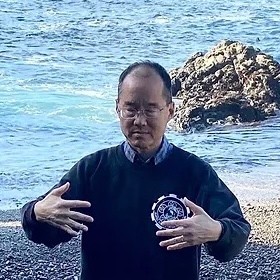 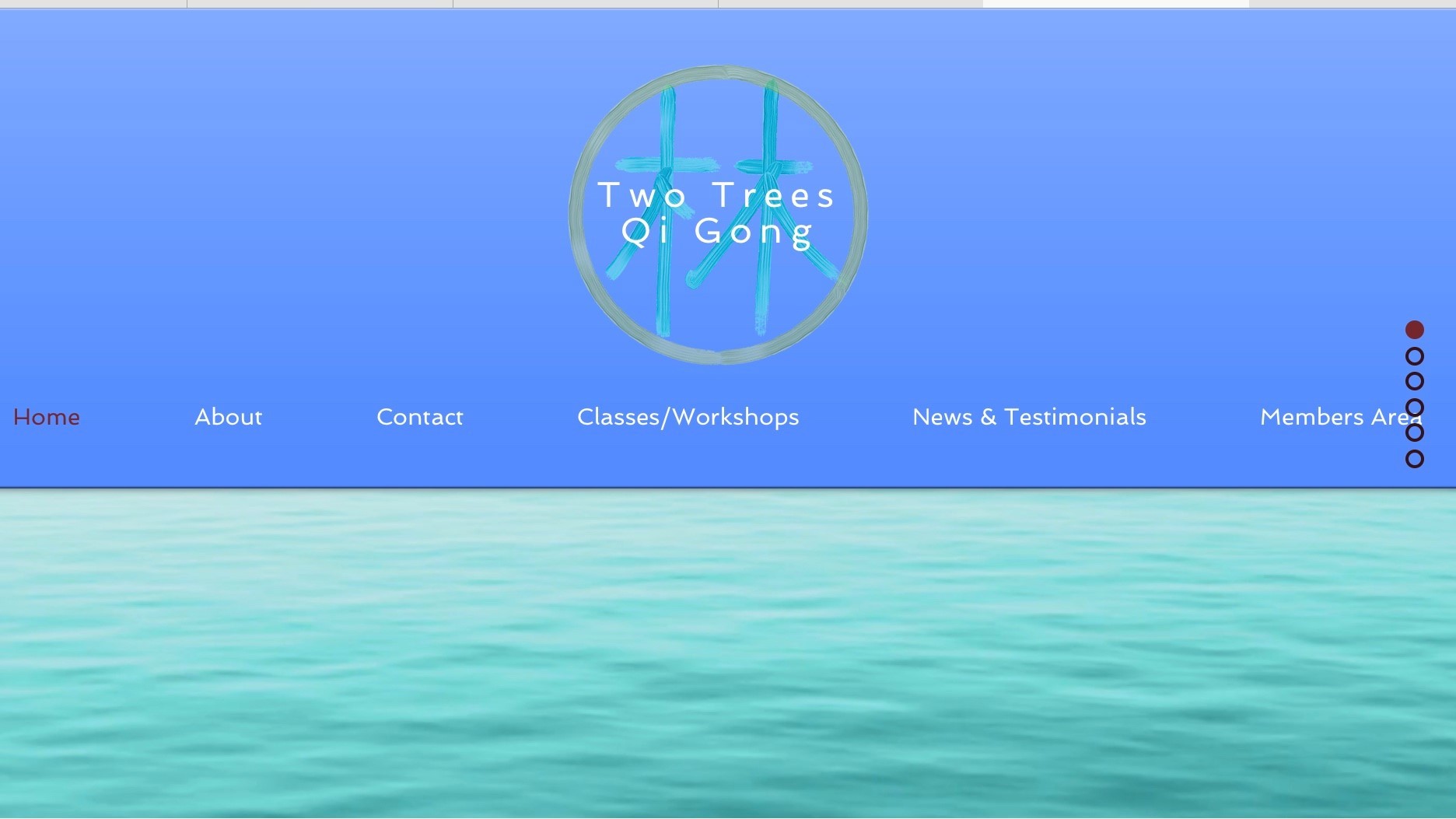 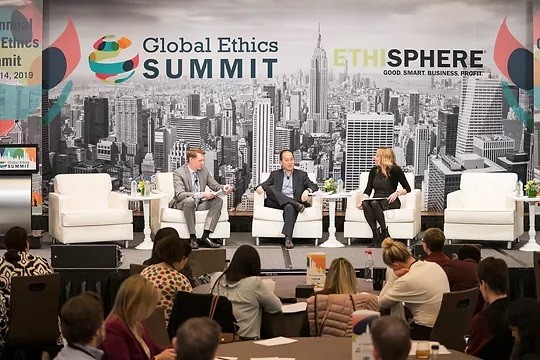 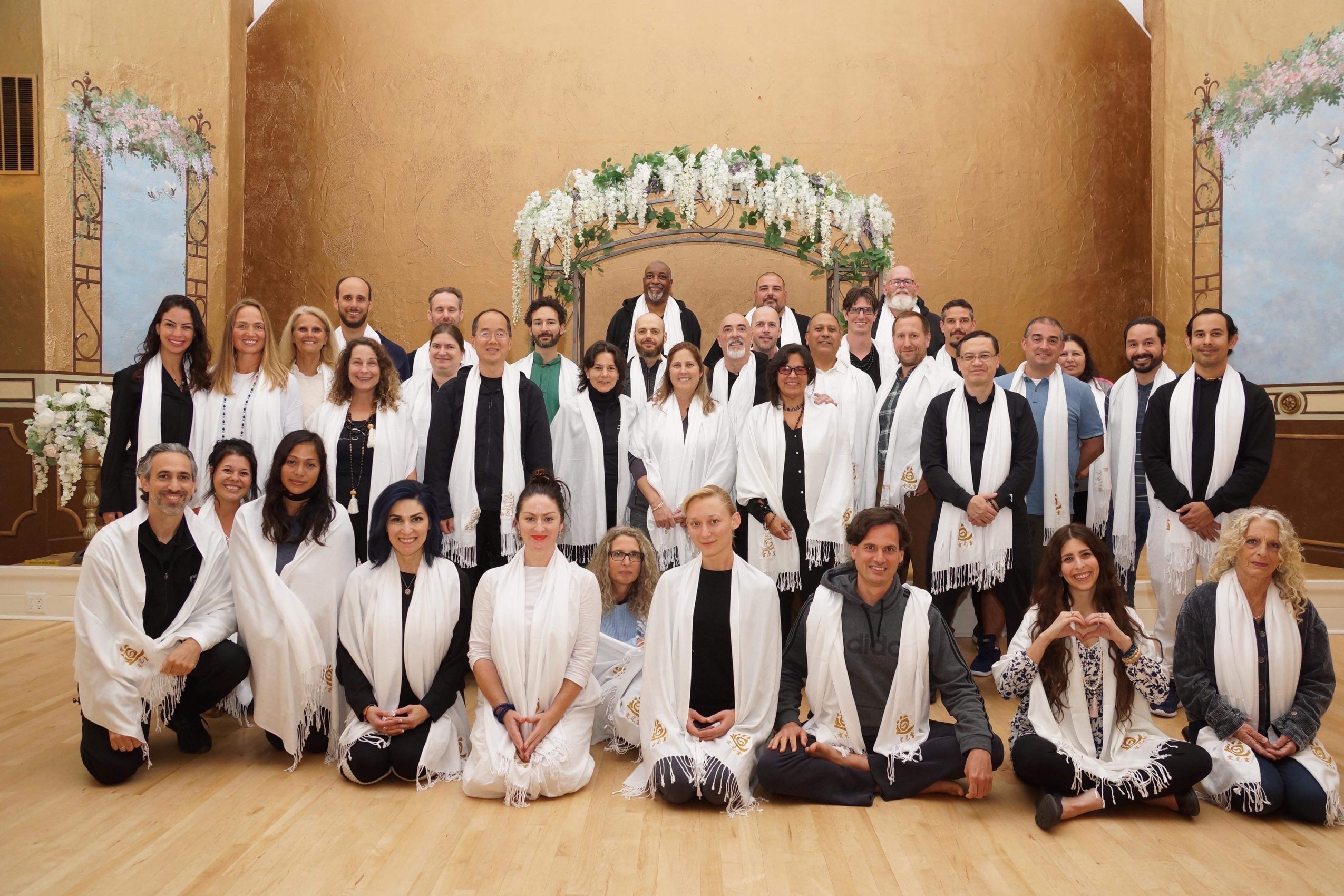 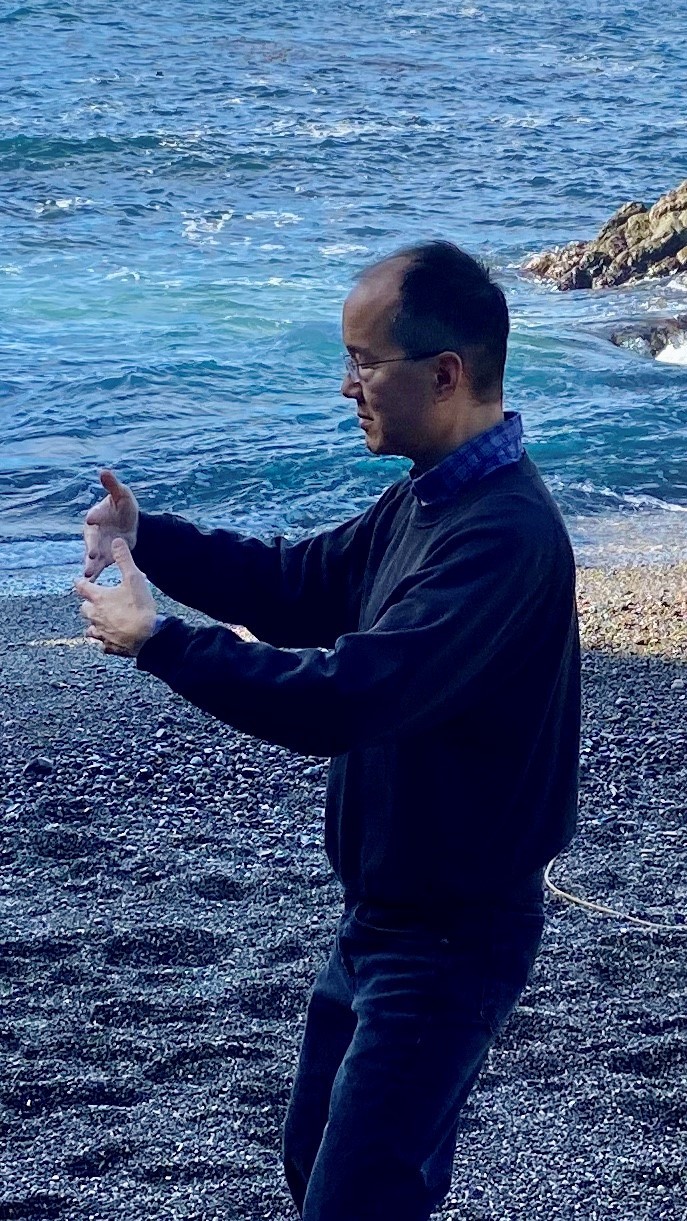