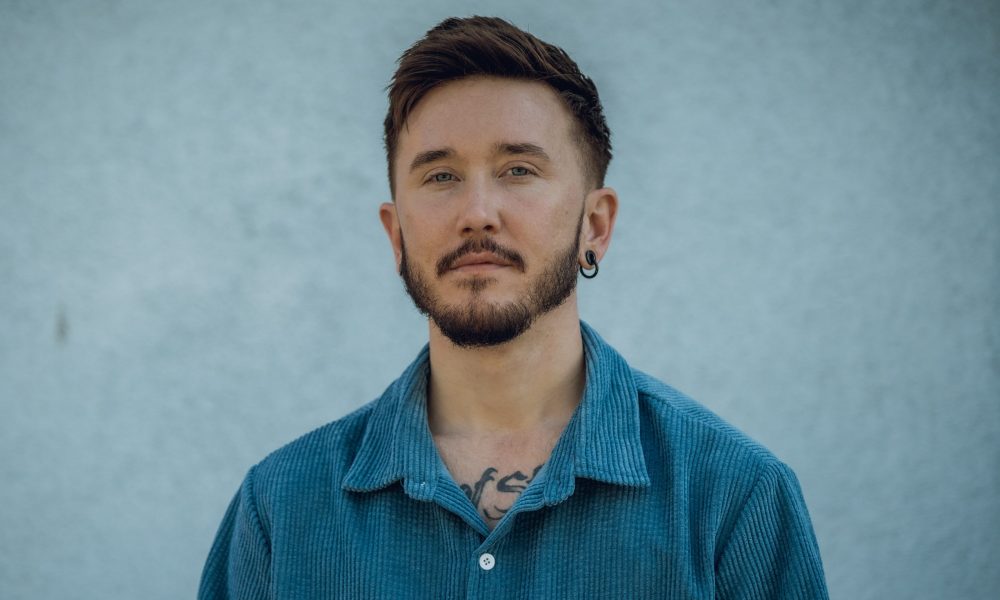 Today we’d like to introduce you to Leo Behrens.

Hi Leo, we’re thrilled to have a chance to learn your story today. So, before we get into specifics, maybe you can briefly walk us through how you got to where you are today?
Although I am an introvert, I have always been very expressive. Throughout my childhood, I spent most of my time exploring roleplaying, painting, drawing, singing, playing instruments, dancing, and photography. I never did good in school, except for arts, so I knew there was something in that direction for me, I just didn’t know exactly what. After some years at acting schools, I discovered the power of visual storytelling. In 2003, I bought a small Handycam and started editing small short films I made myself. People around me told me that I had skills and would fit the role of a Film Director. Shortly after, I started looking up film schools in my home country, Norway. Before I applied to anything, I knew that the film industry was tough, so I decided to join the military to learn discipline and persistence. A few years later, I applied to Westerdals Film School in Norway and I got in. The two years at Westerdals confirmed that I was on the right path. Right before graduating, a co-student and I won the student academy awards in Norway, among other festival awards in 2010 for a Documentary we made together.

It was hard to get into the industry after graduation, but after multiple applications, I was fortunate and got a job as a “junior” camera operator. They loved my work and hired me for the next job. From there, the ball kept rolling, and I was hired as a Camera Operator at many different production companies. Although I have always had a huge passion for photography, I never really imagined myself wanting to pursue Cinematography. I was so confident that I would become a film Director that I saw the camera operating jobs as a temporary part of the path toward my Directing dream. However, the more the camera was on my shoulder, the deeper I fell in love with it. So I decided to keep working as a Camera Operator and bulling on my skills. After 6-7 years, I started getting jobs as a Director of Photography. Since I started my career in 2012, I have worked on everything from reality TV, music videos, TV shows, short films, and documentaries.

I moved to Los Angeles summer of 2021, after being admitted to American Film Institute. I heard about AFI in 2010, but I knew I wasn’t ready at that time. It was not until a few years back, that I felt that my life and my jobs started to go on repeat. I needed to push myself further, I wanted to evolve as a Cinematographer and reach new heights. AFI was always in the back of my mind, and as soon as I felt the urge to move on, I applied to AFI. I got in on the first attempt. I felt honored, especially as AFI’s acceptance rate is less than 0,1%. I am now a current Cinematographer fellow at the American Film Institute.

I’m sure you wouldn’t say it’s been obstacle free, but so far would you say the journey have been a fairly smooth road?
Nothing in my life has ever been smooth, but all the obstacles I have encountered have helped me grow and expand as a person and professionally. The one big obstacle that turned my life upside down was the sudden loss of my mother while I was in my first year at Westerdals Film School. I was going through a deep depression, and filmmaking was the only thing that helped me feel alive and passionate. I decided to finish my studies regardless, and I graduated. However, that painful incident led me in new directions. I needed to take a few years off to sort things out. After a while, the need to create grew stronger in me every day, and I found my way back by applying for jobs in the film and TV industry. My mother’s passing led me to change my whole direction in life. Instead of working towards becoming a Film Director, Cinematography quickly became my passion and my path in life, through a series of “random” events.

Simultaneously, the sorrow of my loss led me to new places within myself. As a child, I always felt different, and my relationship with my gender was distant. I felt more like a boy than a girl, which is how I expressed myself throughout my childhood. Later, when my body started to change into a female body, I gave myself over and tried to live as a woman for some years, until after my mother passed. The suppressed notion of feeling different rose to the surface once again. I had to go deep within myself and ask many questions about myself and my identity. A few years later, I started transitioning from female to male, at the same time as I started working in the industry. That was hard because I felt there were certain exceptions to being a man. At that time, I didn’t want my colleagues to know that I had been a woman before, so I spent so much time and energy trying to hide my story. Until I eventually realized that I have to own my story and choices. Being a trans man was my biggest strength but also my biggest weakness.

Today, I am proud of myself for going through all that, and I still feel highly ambitious about what I am doing, if not more. It made me stronger, and more resilient. I have finally concluded that this whole journey, including my transition, makes me and my work unique.

Can you tell our readers more about what you do and what you think sets you apart from others?
I have always felt like an outsider, observing myself and life from a distance. Working as a Cinematographer requires some of that skill set. You have to be able to see life through your own pair of lenses: your eyes, and actually analyze and process that information and then apply it to your work and art. It’s about being able to process experiences and externalize something very internal, which I believe is a strong trait that I have. My journey, self-reflections, and desire to explore myself and life have only strengthened my work. Being different and being trans has given me a larger toolbox and a considerable variation of perspectives on what it means to be human. I have lived as both genders, and I have kept some of the female qualities I had with me in the new version of myself.

The combination of being a hard worker, determined but also sensitive and emphatic has led me to many jobs in the last 12 years. In addition, to winning the student academy award in Norway, I’ve also worked on a documentary series about gender transitioning that won Norway’s version of the “Emmy awards”, I was actually also one of the participants in the first season. I recently worked on a short film called “Groomsperson,” where 90% of the crew was within the LGBTQ+ community, and the film itself was about a person who just came out as non-binary. It was a one-take wonder, which was challenging, but I believe we created something unique and beautiful. We need more trans/queer stories/filmmakers, and I hope to be a part of that movement and change within the industry. Although I have a huge interest in LGBTQ stories, I am also deeply in love with genres such as sci-fi, thrillers, and drama, which is mostly what represents my past work. I also love working on music videos because it is so abstract, and there are very few limits to what you can do as an artist. It gives you room to explore.

Let’s talk about our city – what do you love? What do you not love?
I love everything about this city. It has so much to offer, and it is so beautiful. What I like the most are the nature and the climate. However, I’m very sad to see all the homeless people scattered around the city. That is what brings LA down for me personally. Aside from that; I’m totally in love! 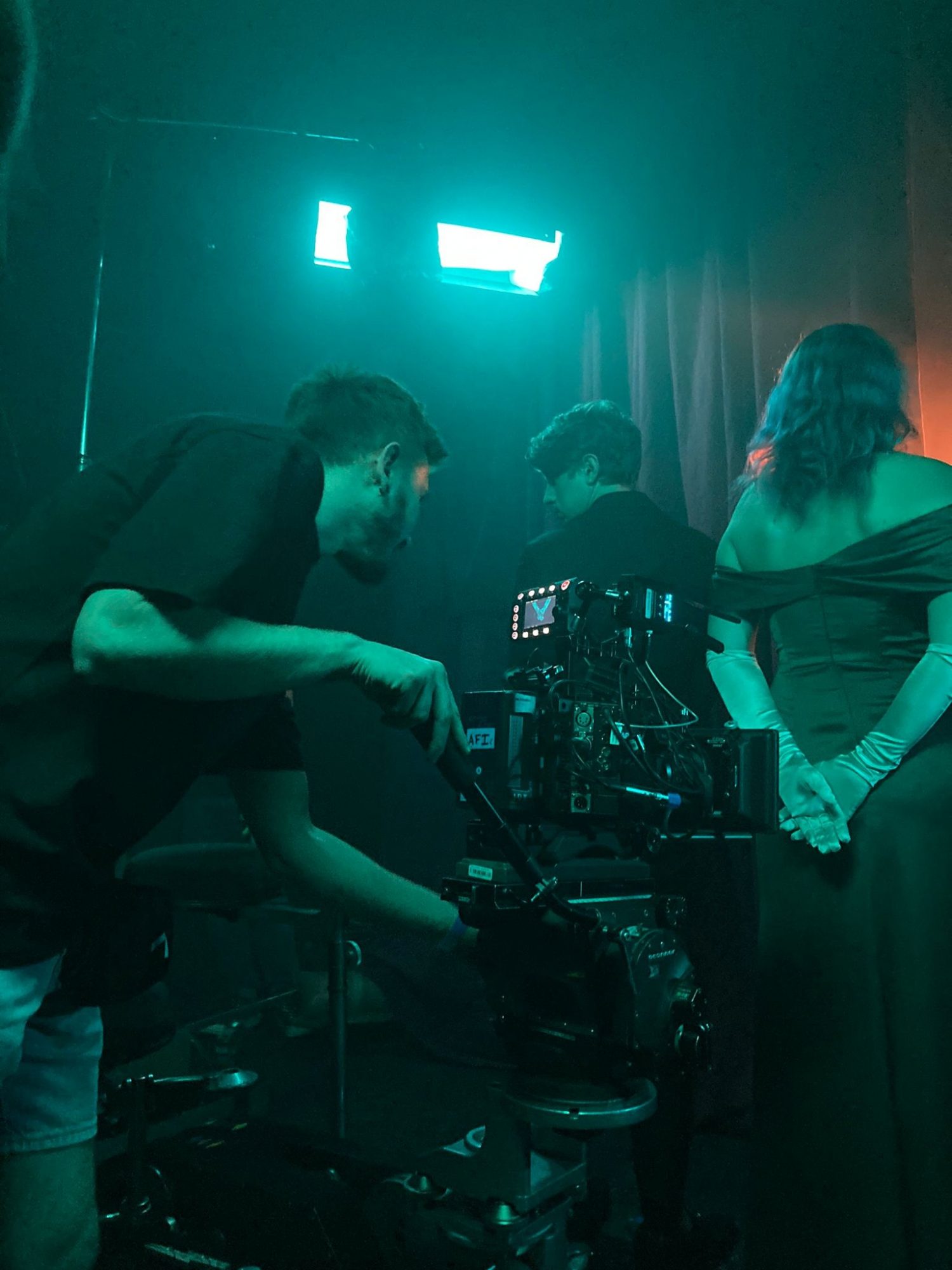 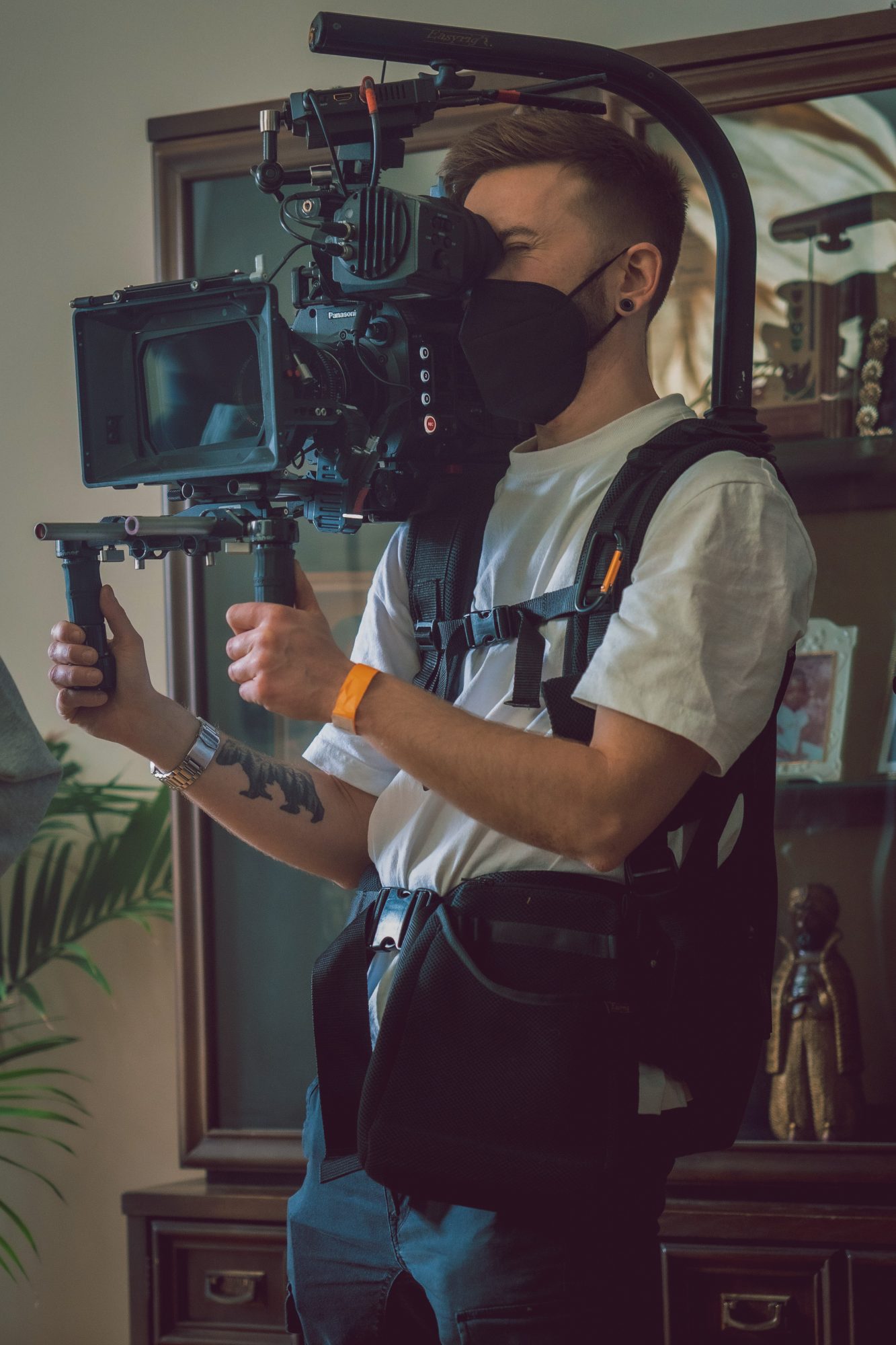 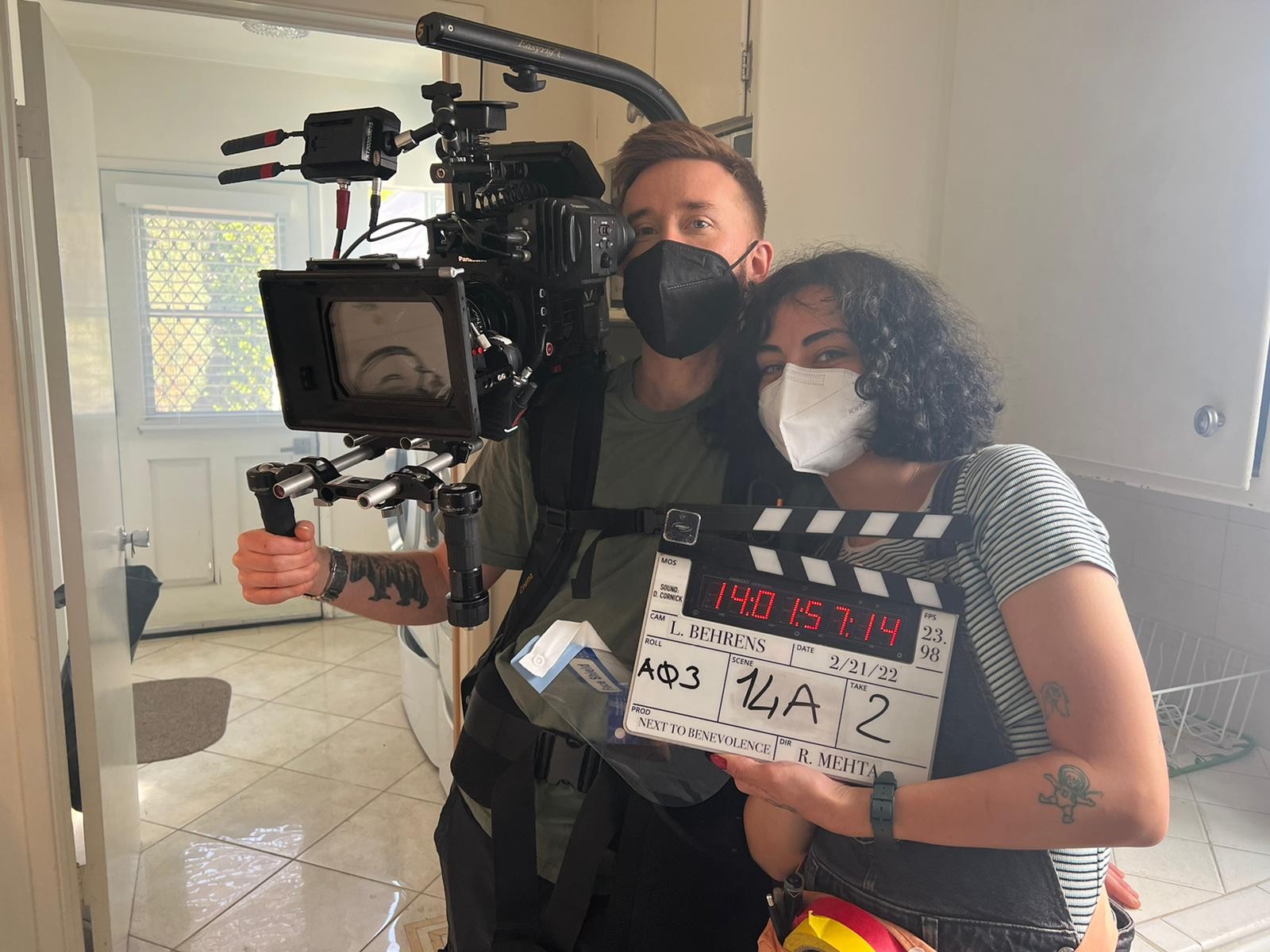 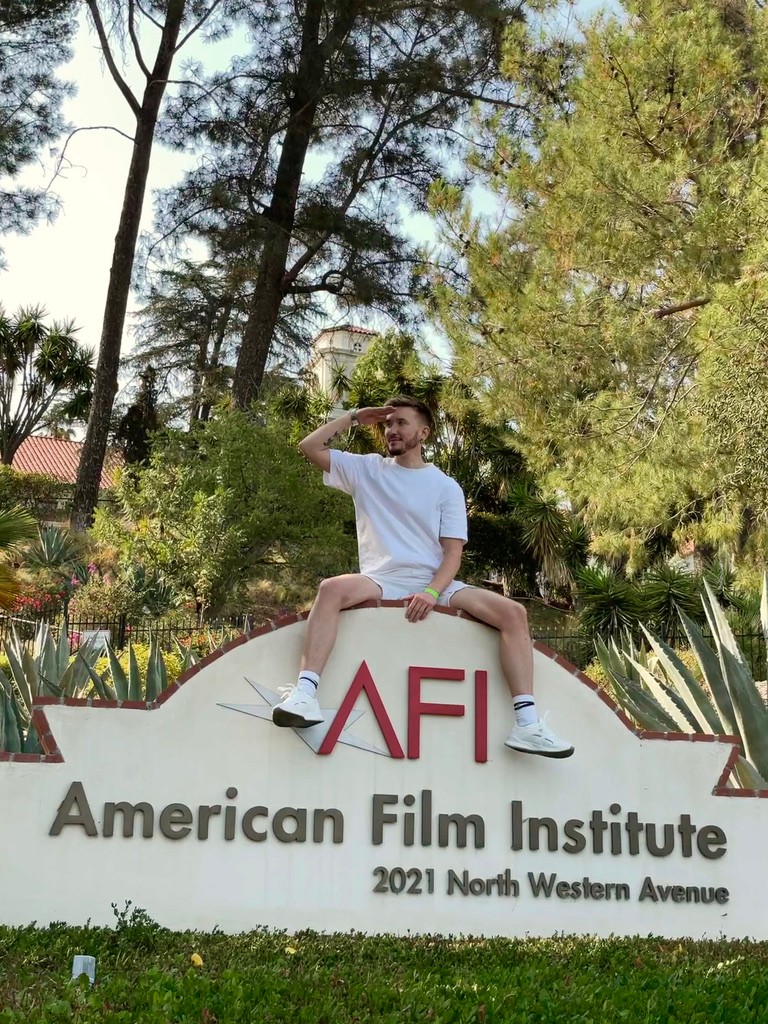 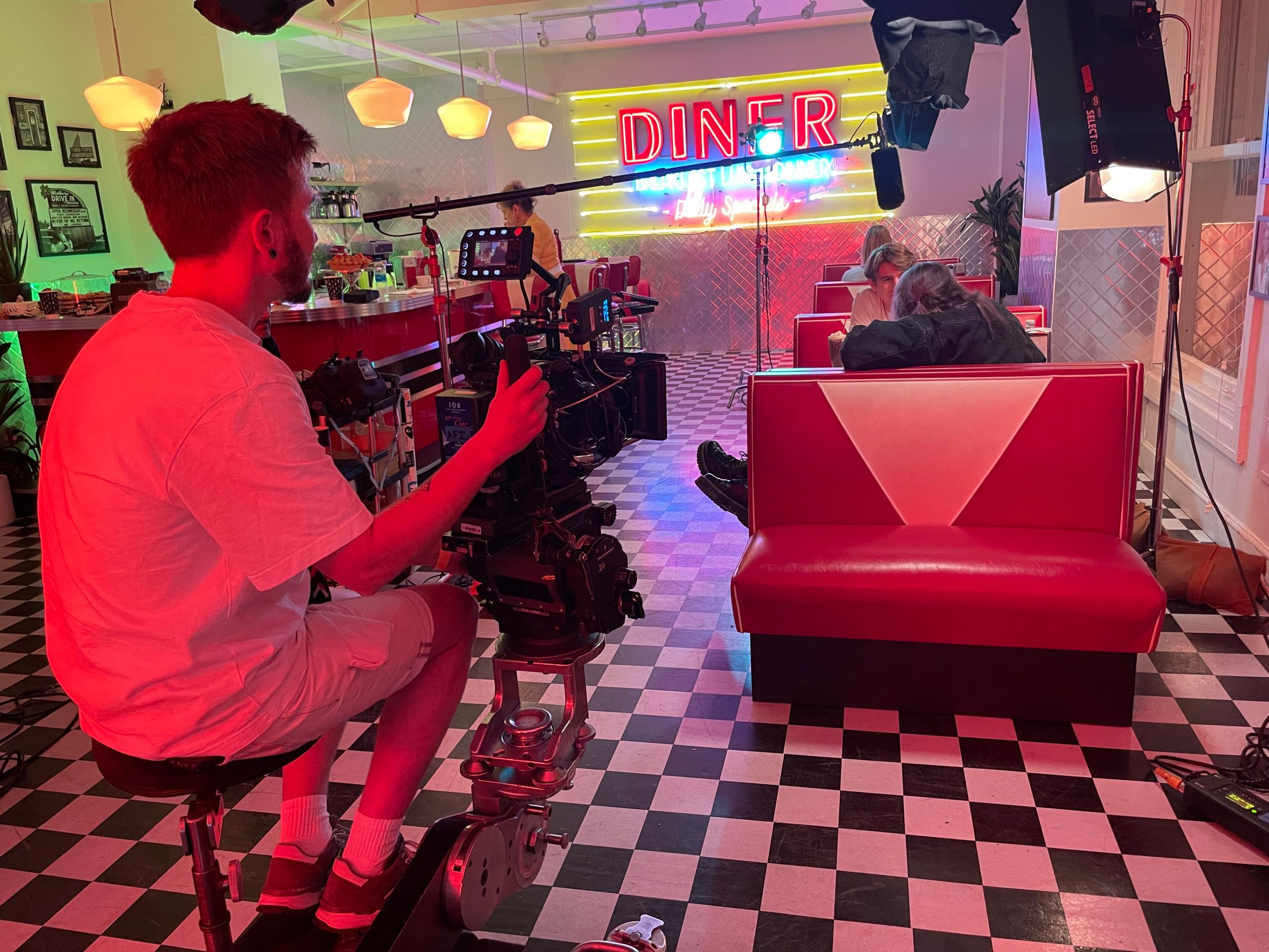