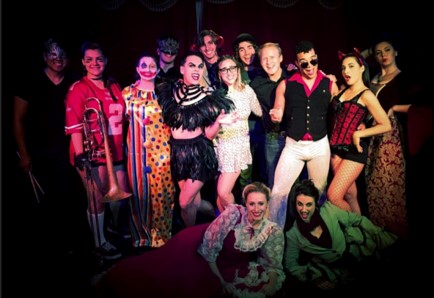 Today we’d like to introduce you to Leland Frankel.

Leland, please share your story with us. How did you get to where you are today?
My co-founder Jonny Perl and I met as students at UCLA, where I was a playwright in the School of Theater, Film, and Television. We were both heavily involved with independent student theatre – Jonny is an incredible singer, dancer, and pianist who starred in a ton of different productions, while I focused more on writing and directing. This was a super tight-knit community, but he and I fell out of contact when I graduated early and moved to the East Coast to get my master’s at the American Repertory Theater Institute at Harvard University. A few months before I graduated, I had the idea to produce a double-bill of short horror-comedies that I had written as part of the Hollywood Fringe Festival. Jonny and I reconnected when I cast him as a goody two-shoes, ultra-religious serial killer, which speaks to our particularly demented dynamic.

I had already been producing shows independently while I was living in Boston, starting in 2016 with an immersive cabaret of Shakespeare’s bloodiest and sexiest scenes, called “Bardcore.” This was a 360-degree performance in OBERON, a nightclub/theatre modeled after Studio 54, and really acted as my introduction to creating theatre in unconventional spaces. Inspired by that show’s sold-out success, I wanted to genuinely start my own dedicated company, which Jonny and I officially did together in the wake of our first Hollywood Fringe.

Though we consider those earlier shows I created to fall under the Shinbone label, our first true collaboration was “Macabaret,” an immersive cabaret experience set in Hell’s most exclusive cocktail lounge. Every act was a different evil dead person, from Leopold & Loeb performing a slapstick vaudeville routine to Lizzy Borden as an ax-wielding lounge singer – all with a swinging live band, of course. Audience members were encouraged to write down “The worst thing they ever did” for audiences to anonymously vote on, then receive public redemption at the hands of a cackling, horn-wearing host.

While reaching out to venues around Los Angeles, we were introduced to The Three Clubs, a legendary old-school bar/theatre, and discovered that they needed a show for Halloween night. “Macabaret” was the perfect fit, and even before we premiered to another sold-out run, The Three Clubs offered us a monthly residency.

That became our focus for the next half a year; it was our trial by fire, crafting an entirely new performance with a brand new cast every month. We opted to end our residency early to focus on creating different productions: First, an original “one-queen drag musical” starred the inimitable Lorelei, and then an immersive theatre/virtual reality hybrid called “What Went Wrong.” Each show was getting bigger and bigger, culminating in our most recent production: “Welcome Back, Woodchucks,” an immersive high school reunion featuring some of LA’s top immersive performers and designers, from hit shows like “Creep” and “One Flew Over The Cuckoo’s Nest.” We knew that we were finally doing something right when we spotted Leona Lewis in the audience one night.

Shinbone keeps getting better, attracting more audiences, and hopefully one day soon, we’ll find a dedicated space to work with – though we also value the freedom of adapting to unconventional locations across Los Angeles.

Overall, has it been relatively smooth? If not, what were some of the struggles along the way?
Theatre is never never never a smooth road, even for the most well-funded and professionally-supported productions – which we were decidedly not. Even now, everything that we create is out of pocket, and all profit is divided up as fairly as possible; we pride ourselves on paying performers more-per-show than productions with over ten times our budget!

The great challenge is always getting butts in the seats. Without tens of thousands of dollars to spend, reaching audiences is an eternal struggle. LA is an enormous city, but one without a dedicated theatre presence or community – at least not in the same way as New York City and Chicago. Even with hundreds, if not thousands of productions every year, getting folks to spend a night at the theatre is a hard sell. Those that do go to shows, however, are an adventurous bunch that love taking risks on wildly new ideas and unusual ways of audience interaction, so we have that in our favor.

For our first run of “Macabaret,” we were creating new shows from scratch every month – albeit with a similar format. We frequently had less than four weeks to come up with all-new acts, cast each show, get a band together, rehearse, promote, and perform. Fortunately, the skills we learned at The Three Clubs have helped us learn to run more smoothly and efficiently, and accomplish more with less.

Other challenges include actors dropping out at the last second, arranging rehearsals with 15 performers with different work schedules spread out across every corner of the city, organizing insurance and permitting, and a billion other technical details – and that’s before we get into the legitimate difficulty of trying to create a piece of art that isn’t terrible!

Please tell us about Shinbone Theatre Company.
Shinbone Theatre Company is an immersive arts collective based in Los Angeles, crafting offbeat theatre projects that balance biting social critique with laugh-out-loud comedy and a party atmosphere. All shows that we work on contain elements of immersion, unexpectedness, and entertainment – our goal, above all, is to never bore or abuse the trust of our audience. From a cabaret in Hell to a one-queen drag musical to a virtual reality dystopia, Shinbone continues to proudly introduce audiences to some of the most outrageous and unique experiences in Los Angeles.

We are most proud of our recent production “Welcome Back, Woodchucks,” which marked a major leap forward in terms of scale and artistry. Our previous immersive show focussed on crafting a 25-minute experience for an audience of six. “Woodchucks” was over an hour long, with audiences of upwards of 50 people. Our team transformed venue Thymele Arts into a corny, but also oddly-beautiful reunion party, complete with an interactive photo booth, custom cocktail bar, and dance floor. This was a fully-immersive production: From the moment that audience members entered, they were given a name tag and treated like old friends by the cast, immediately becoming a part of the fictional West Hollywood High School’s decades-long history. Their every decision and conversation drove the story – sometimes in extremely unexpected directions!

We crafted over a dozen intersecting plot lines for guests to interact with, including a late night taco run out on the streets of Hollywood, a stolen cocaine meltdown, and an ultra-violent brawl. We even persuaded guests to sneakily try on the “Wally the Woodchuck” mascot costume and spend the night in his furry shoes! There was dancing, singing, fighting, naked dance floor make-out sessions, and–on one occasion–unsimulated vomiting when an audience member mistakenly followed a performer into the bathroom and they refused to break character. The genuine atmosphere of a raucous party was merged with sometimes-hilarious, sometimes-heartbreaking storytelling, that touched on themes of depression, suicide, and sexual assault amidst the grotesque hijinks.

What sets us apart is our diversity of influences and performance styles. Shinbone can tackle immersive parties one moment, and develop original musicals the next. We do cabarets, Shakespeare, original drama, and every manner of theatre in between. And yet certain thematic threads run through all of it, linking our work through its powerful energy, pitch-black sense of humor, and dedication to diverse storytelling. You may not always know what to expect from each Shinbone production, but you know it’s going to be a good time.

If you had to go back in time and start over, would you have done anything differently?
If we had to start over, we would definitely spend more time studying with other LA theatre companies. We were scrappy bootstrappers, with experiences in radically different theatre environments, and taking the time to learn more about this specific scene from those in it would have helped us deal with some initial challenges that we hadn’t counted on. Also, in another world, we would have spent more time building connections before leaping into things headfirst and expecting good things to just come to us – but we were excitable recent graduates (many of our collaborators were still in school) and waiting wasn’t what we wanted to do. Now, we approach all of our projects with much greater foresight, patience, and rigorous planning. 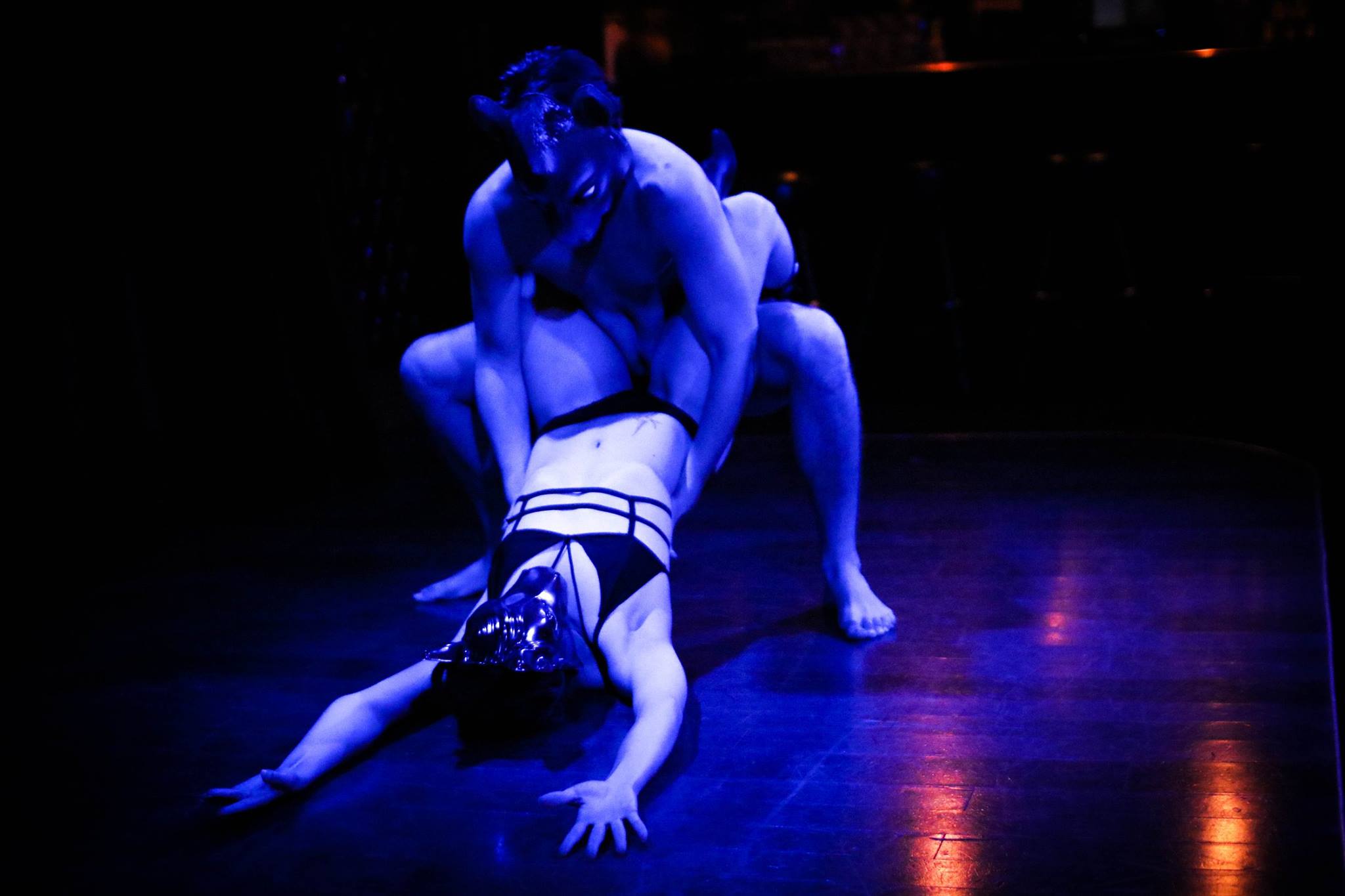 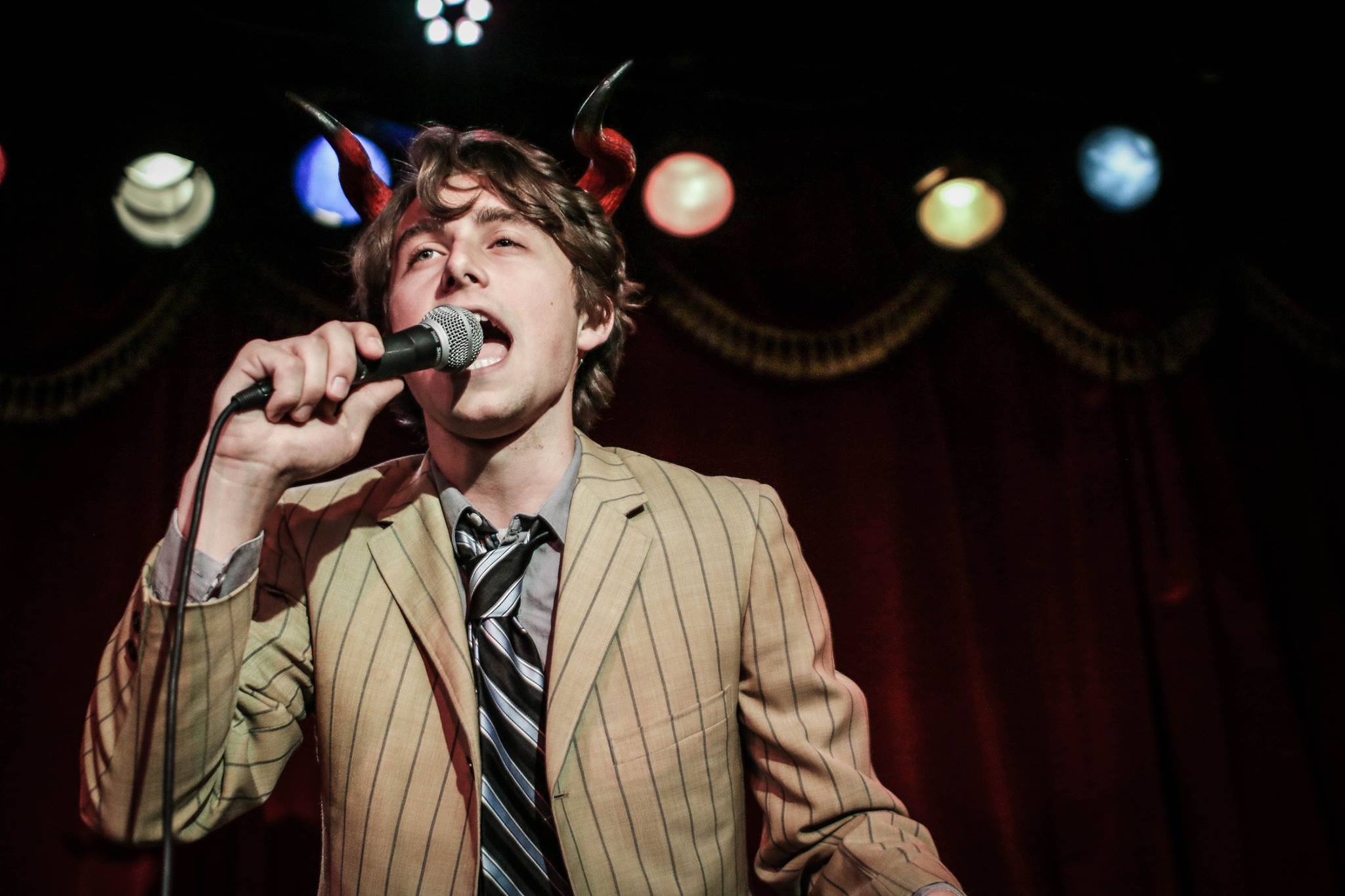 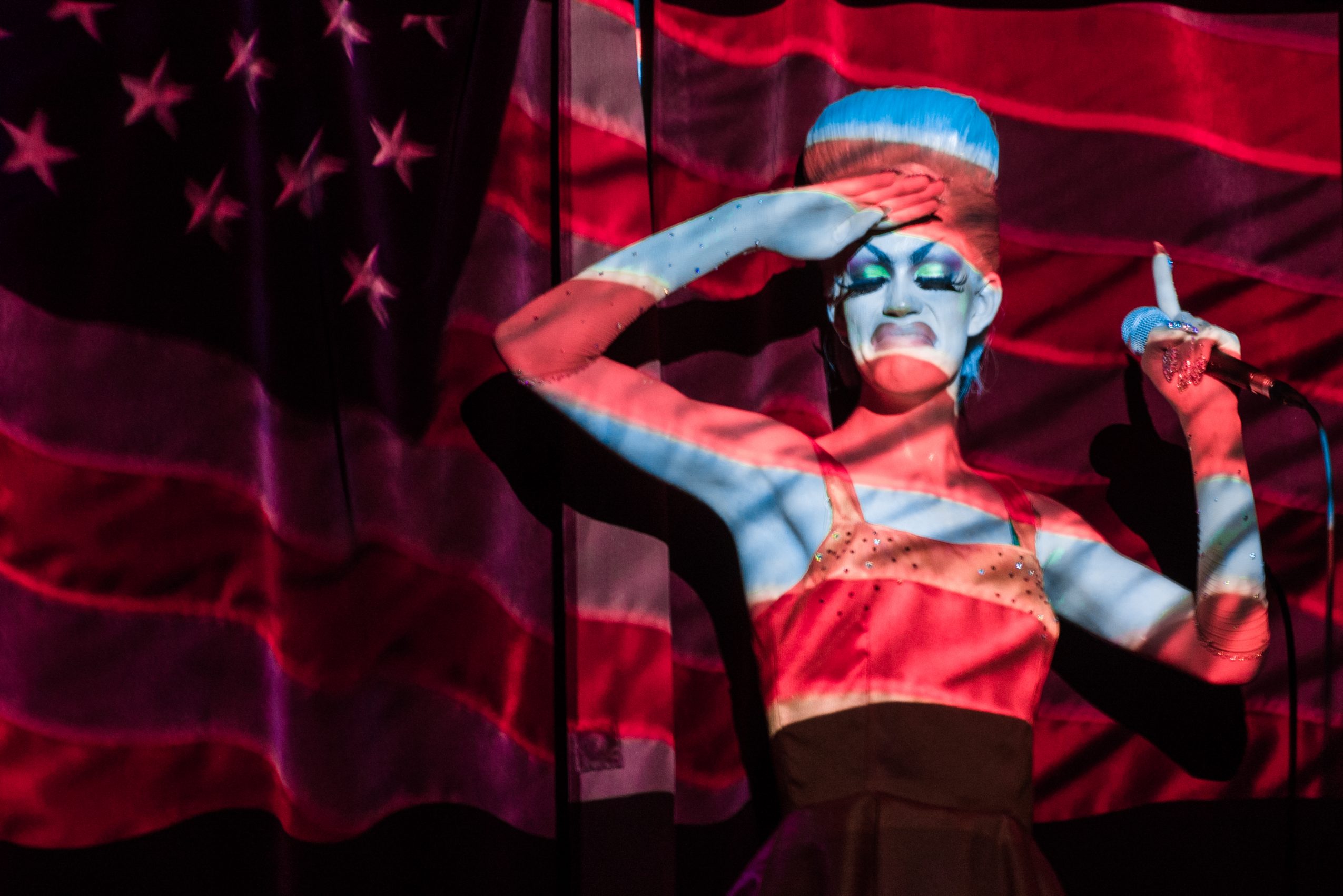 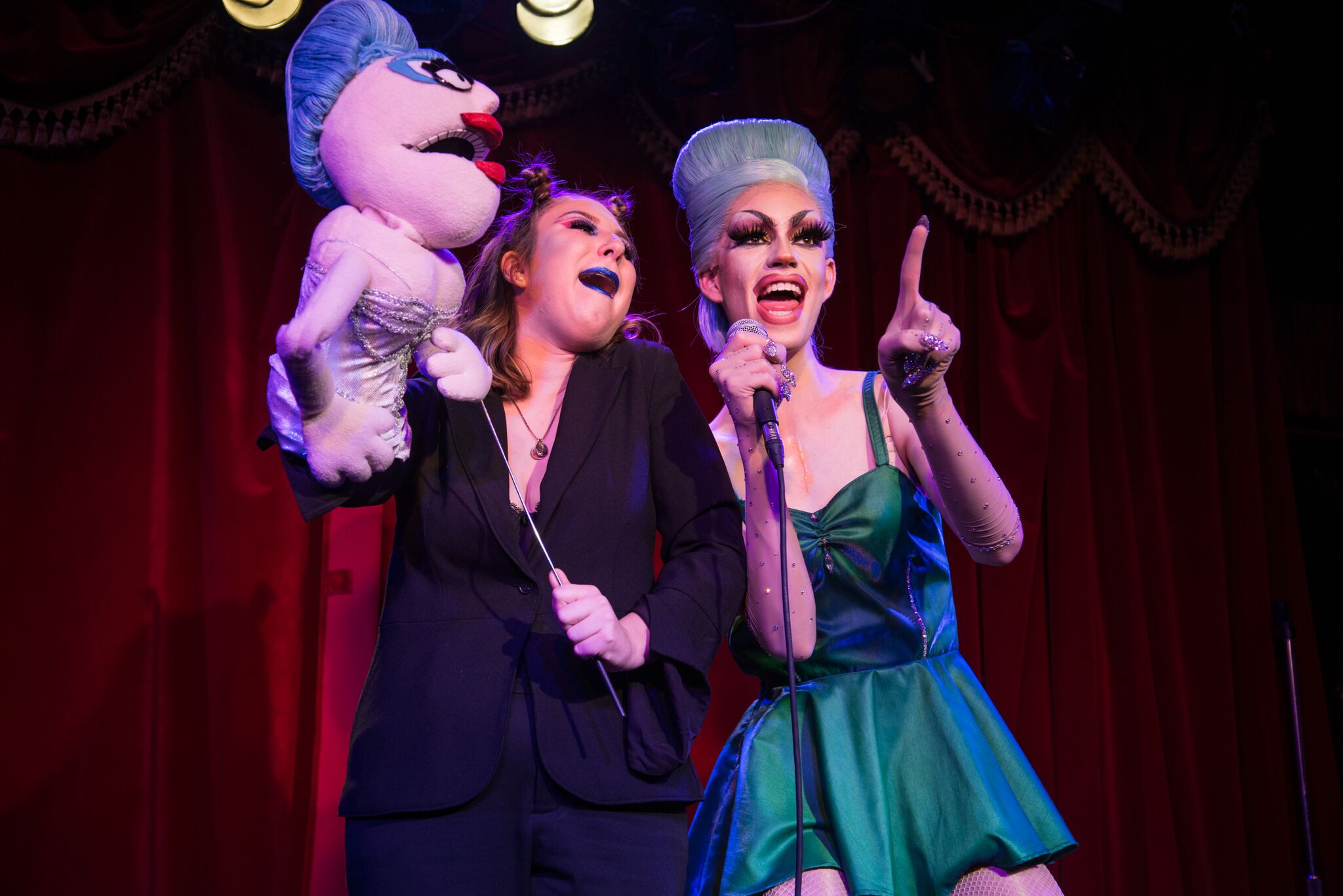 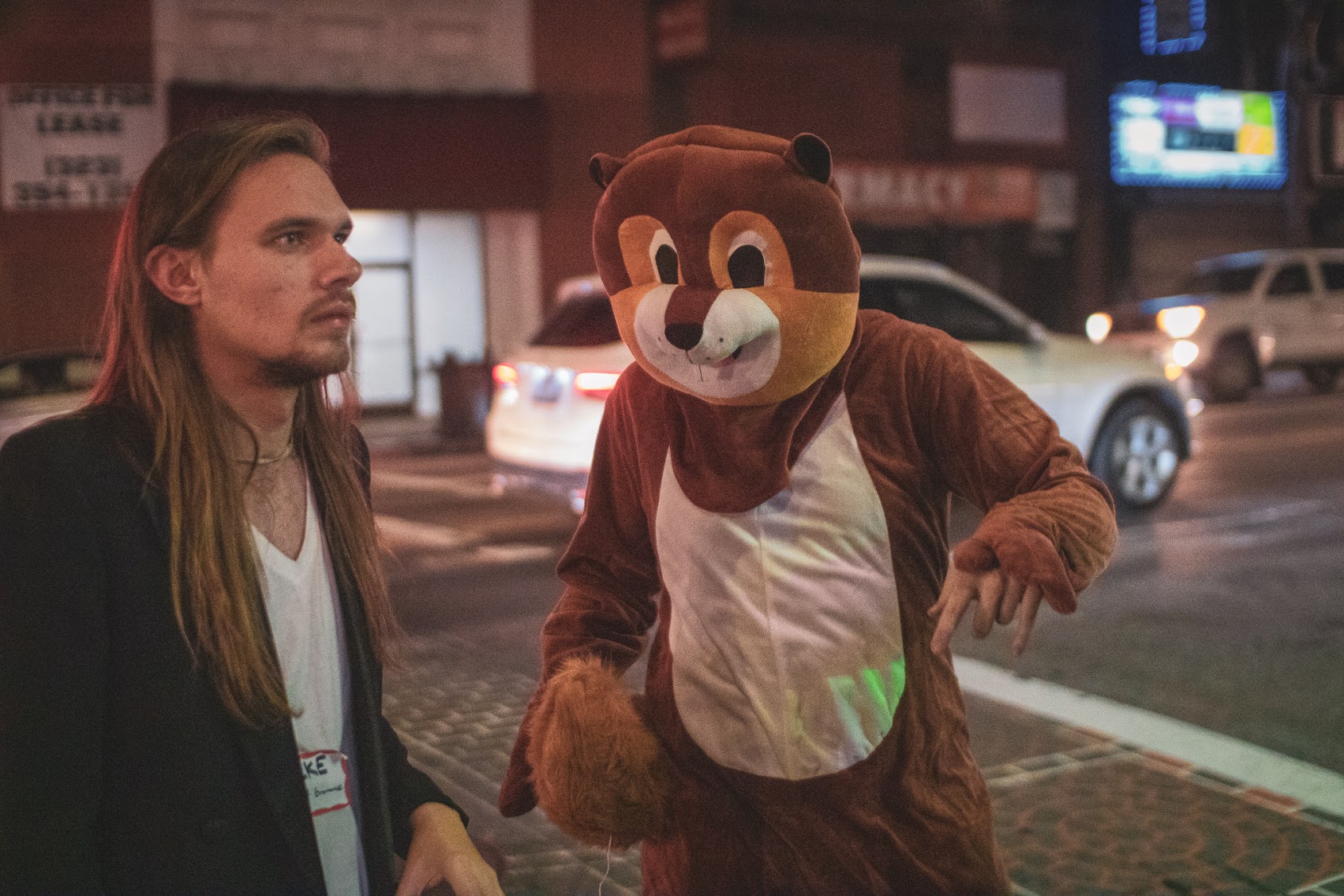 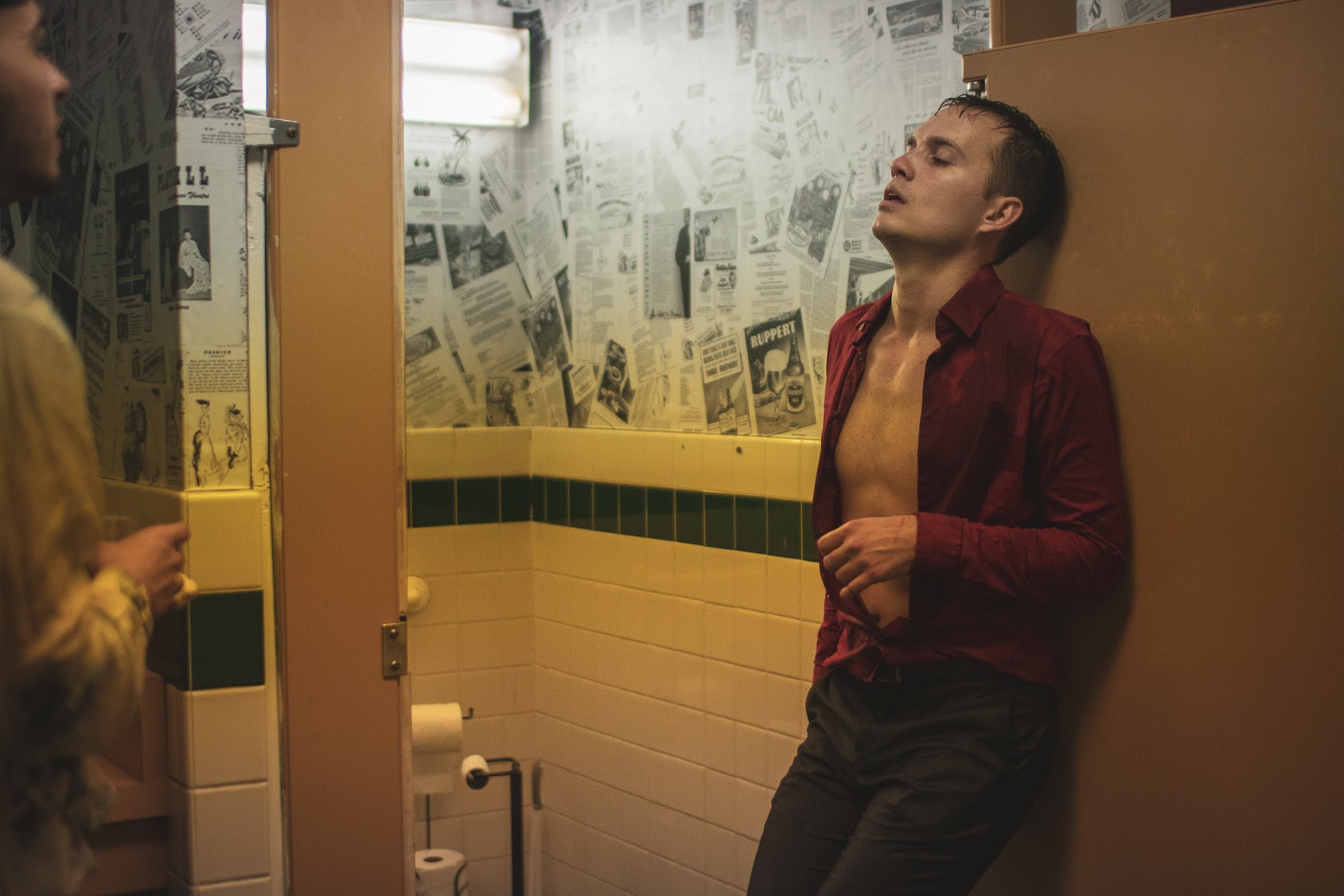 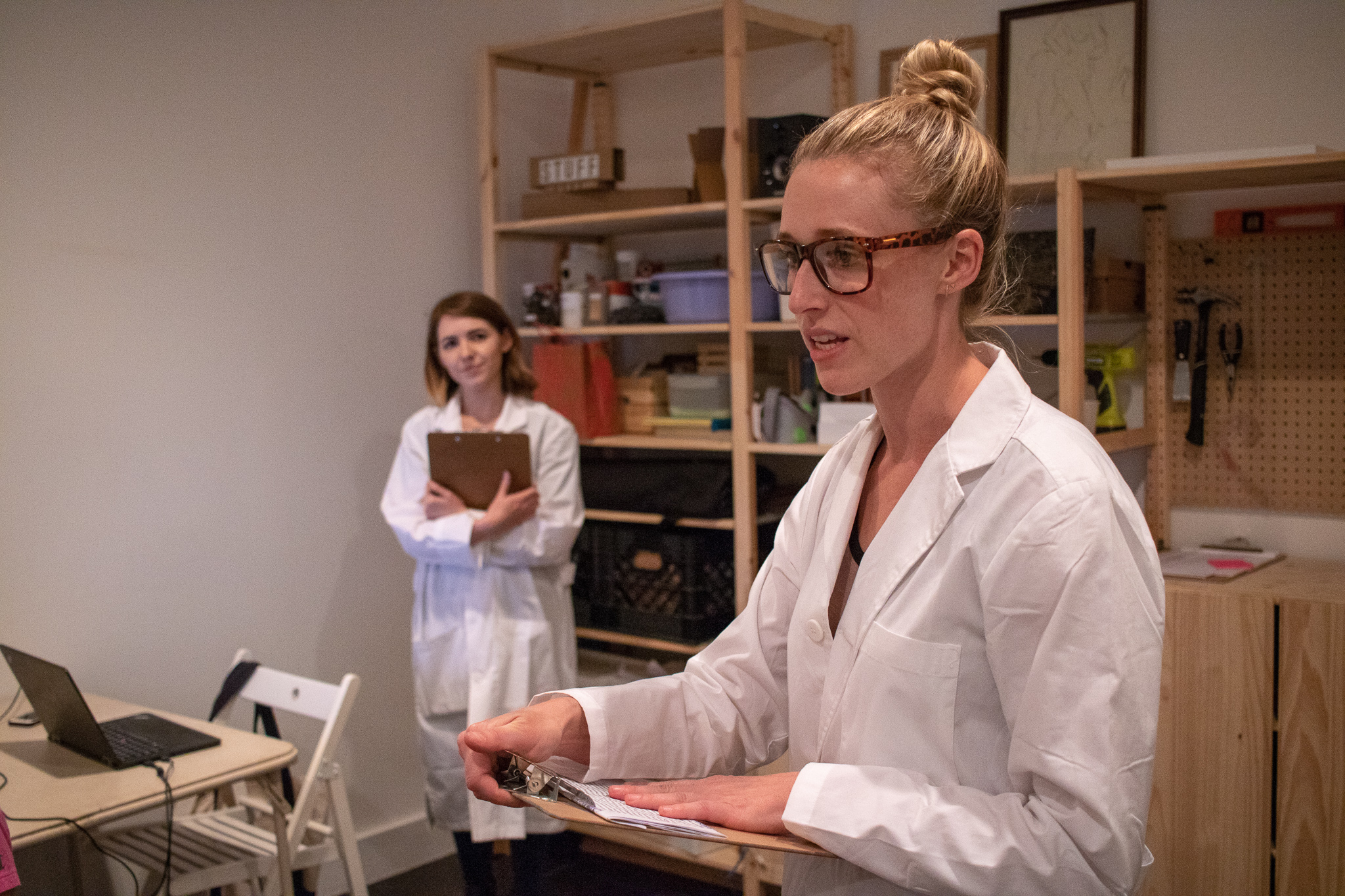 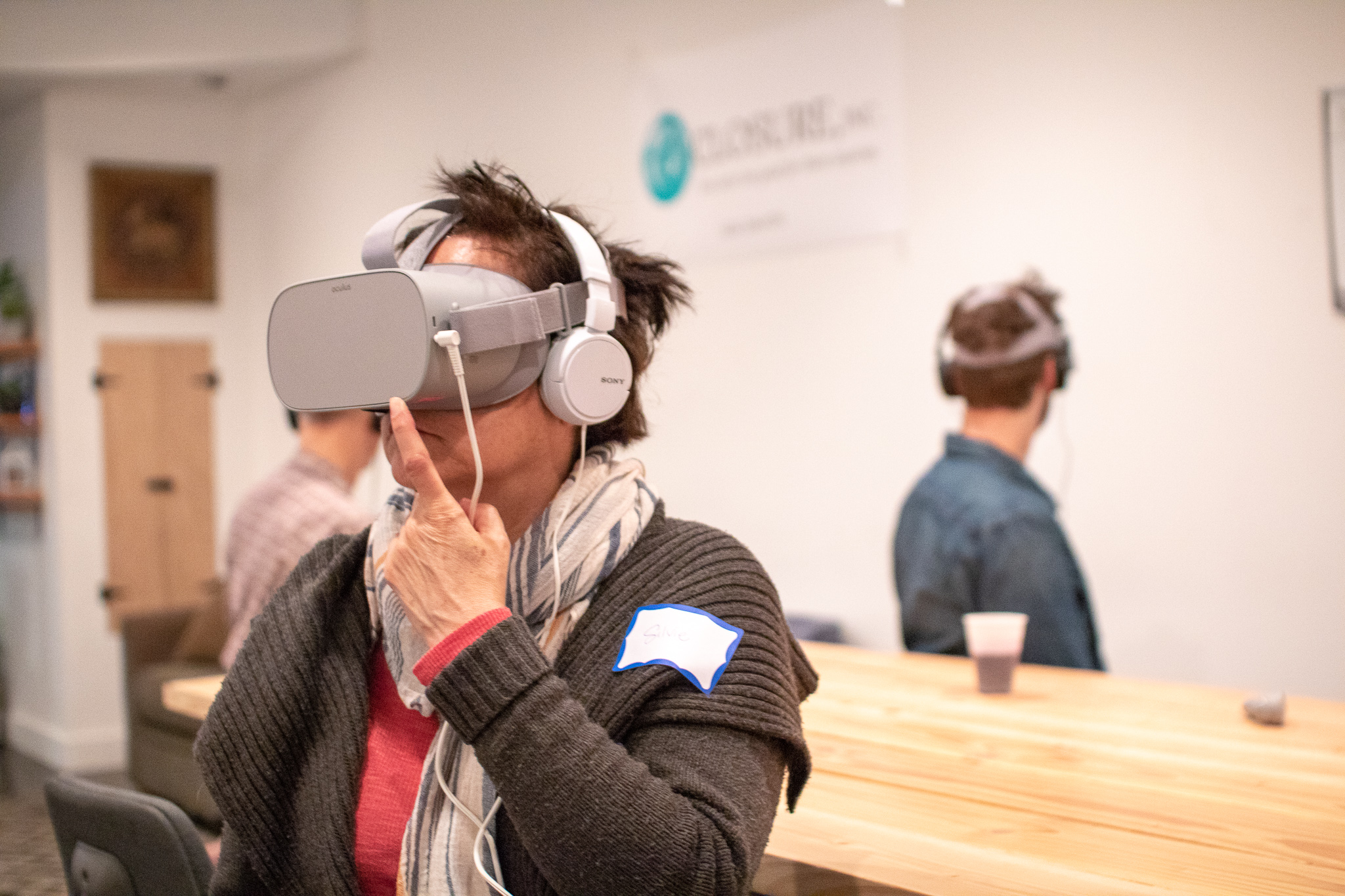