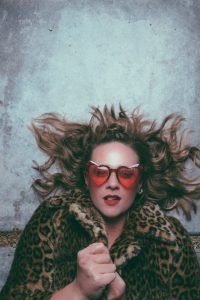 So, before we jump into specific questions, why don’t you give us some details about you and your story.
I moved to LA from New York in May of 2018. My best friend and manager lived here for a few months and ultimately said, “You have to get out here.” I met more musicians on my first night out watching my now friend Joaquina Mertz play at The Mint than I had in six years in New York.

My life changed from intense month-long preparations to go into a very expensive and important studio session only to leave with a watery version of what I hoped to achieve to suddenly being in the studio, casually, every day, working with incredibly talented musicians and producers, learning how to engineer and produce on my own, and leaving each session with a different version of the same, “I’m in the right place” magic feeling. I’d been performing and writing my entire life, on much larger stages even, but it took this move and these people and this energy to finally have a sound. An actionable direction.

We’re always bombarded by how great it is to pursue your passion, etc – but we’ve spoken with enough people to know that it’s not always easy. Overall, would you say things have been easy for you?
I was in a corporate job for years. I went into college determined for people not to worry about me being a struggling musician—comically I studied political science and philosophy which is hardly anymore stable, but there was something I needed to prove or maybe I was just misreading the room. Years later, my friends and family would remark “we always wondered why you weren’t doing music.” When my best friend died my junior year, I enrolled in an internship class without actually having an internship yet. Two weeks into the semester, I thankfully got the call from MTV and two weeks later, I was at the Viacom offices in Times Square finding out that I could excel at corporate life. I wanted to stay in New York so badly after my internship was over, I sent my resume far and wide. I ended up temping, some days at Gap and JCrew headquarters, I even spent a couple of days as the receptionist at The Weinstein Company. Time was running up, however, and I had booked a flight back home to finish my senior year on campus. Those last two weeks I hustled like mad. One particularly stormy, gumption-fueled day I waltzed into Don’t Tell Mama (a famous broadway haunt with a singing waitstaff) and was told to come back at open with two songs to audition. I ran in the pouring rain down to FedEx Office on Broadway and chose my songs not only by what I wanted to sing but by which sheet music I could afford to buy and print—I think I spent all but my last 30 cents on it—and made it back for the audition.

Turns out there was a skilled pianist there and books and books of sheet music to choose from. I picked new ones, including a Whitney Houston song and Blue Skies. I was nervous and intimidated and a little worse for wear but I was there and by the time I got over the questioning glances from the staff, I had a hard time getting out the door for all the patrons stopping me to say how much they enjoyed it. I did end up getting a job the next week, but not at Don’t Tell Mama. I didn’t have enough serving experience to qualify for a job doing something I had the most experience in (performing), but I DID apparently have enough experience or at least had left enough of an impression temping at Simon & Schuster to warrant position. My flight was booked for a Friday, got the call about the position on the Monday before, and worked there for the next five years. The point of this story is I was excelling, but I wasn’t doing music. I was tackling something else I didn’t think I could possibly or didn’t have the right to try tackle. And I enjoyed it. But I somehow found myself on plan C or D without ever trying plan A.

We’d love to hear more about your work and what you are currently focused on. What else should we know?
I’m now currently a full-time recording artist and songwriter. My own project is what I like to call soulful pop and the other projects I write for are mainly pop, neo-soul, and a little bit of whatever we’re calling this awesome Billie Eilish-esque, bass-heavy, vocal stacks-forward, genre-less music. I focus on melody, lyrics, and beat and love to collaborate with people who either fill in the gaps or are better at those than I am. I’m usually writing a song or hook or two a day and picking the ones that rattle around in my head the most persistently to pull out for a session. I’m not sure if this necessarily sets me apart but the most important component to recording and writing for me is to be excited about what you’re making. I don’t care about what you’re “supposed to do” or what pop is doing now—I’m fully okay with saying I don’t know much about convention or music theory because at the end of the day what I bring to the table or a session or a performance is feeling. Music for me is about that rush. It’s about that je ne sais quoi component to a song that unites strangers over a melody. I’ve felt happier and more alive singing a song with a complete stranger on a dance floor than I ever have listening to a technically perfect recording. So I try to keep that front of mind every time we walk into the studio.

Has luck played a meaningful role in your life and business?
I both feel really lucky and also that luck doesn’t exist. If you want things for the right reasons and you’re working hard for it, open, and patient, you see life through a more positive lens and, either by perception or the law of attraction, more opportunities come your way. The more positive I am the more luck I’ve had. 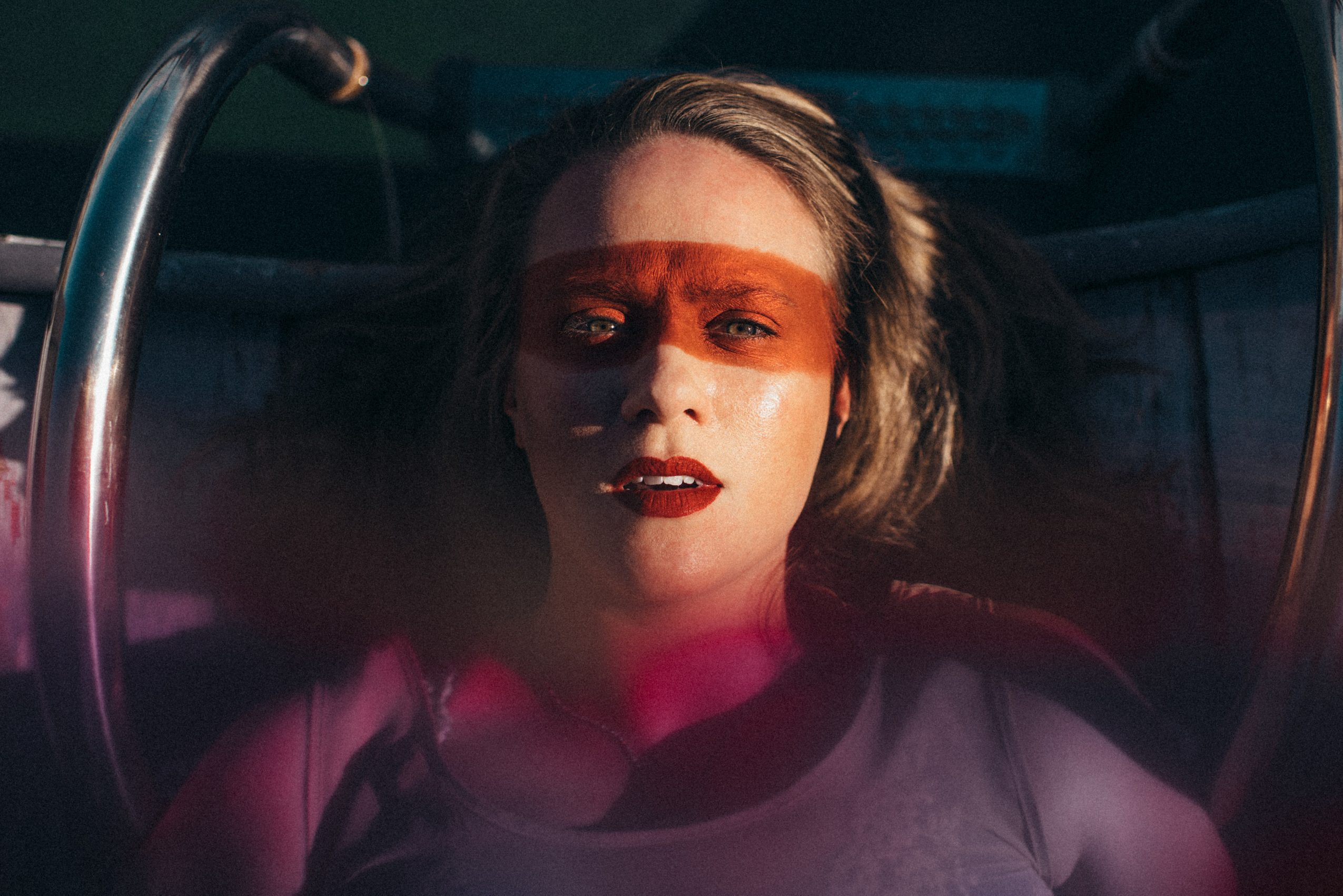 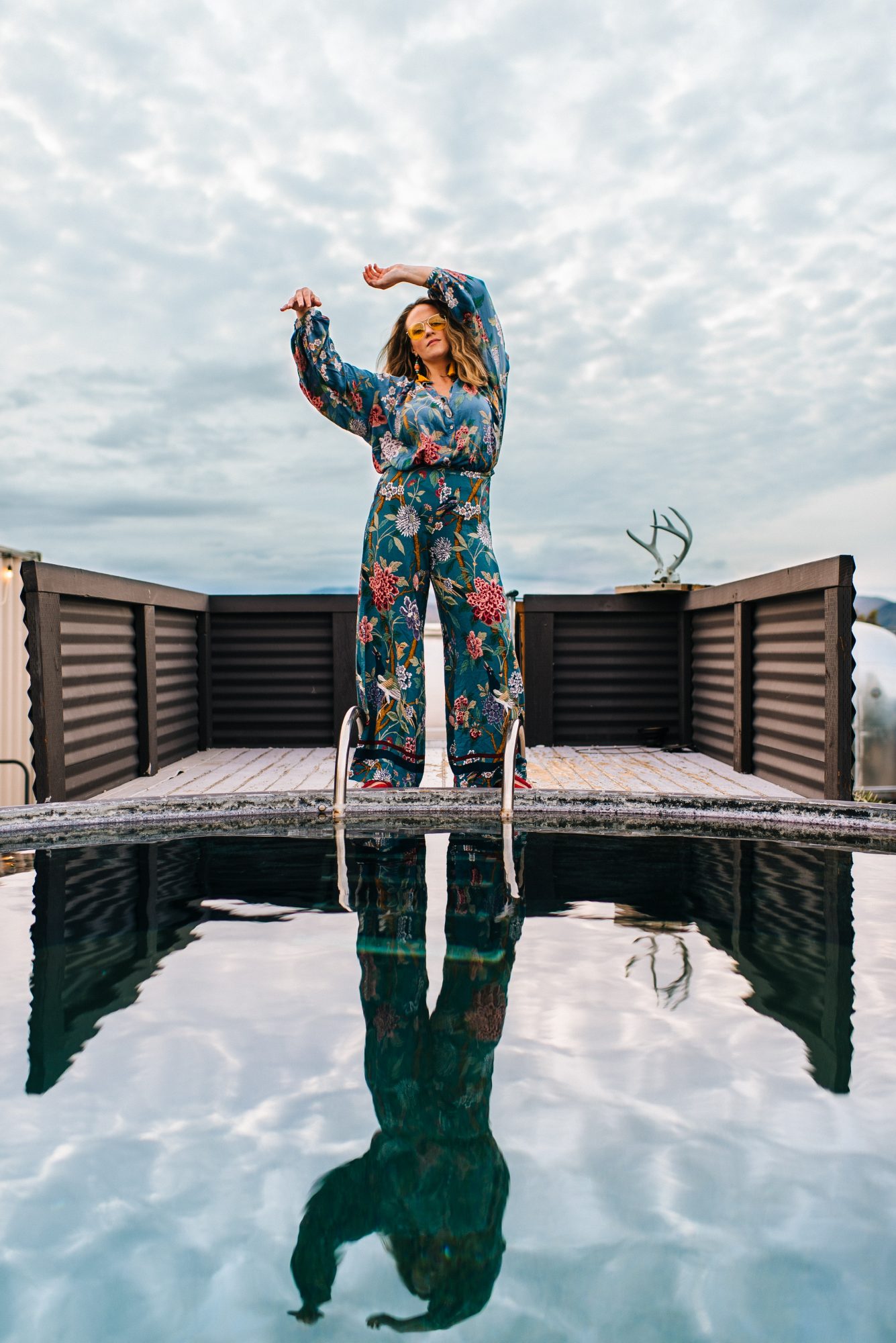 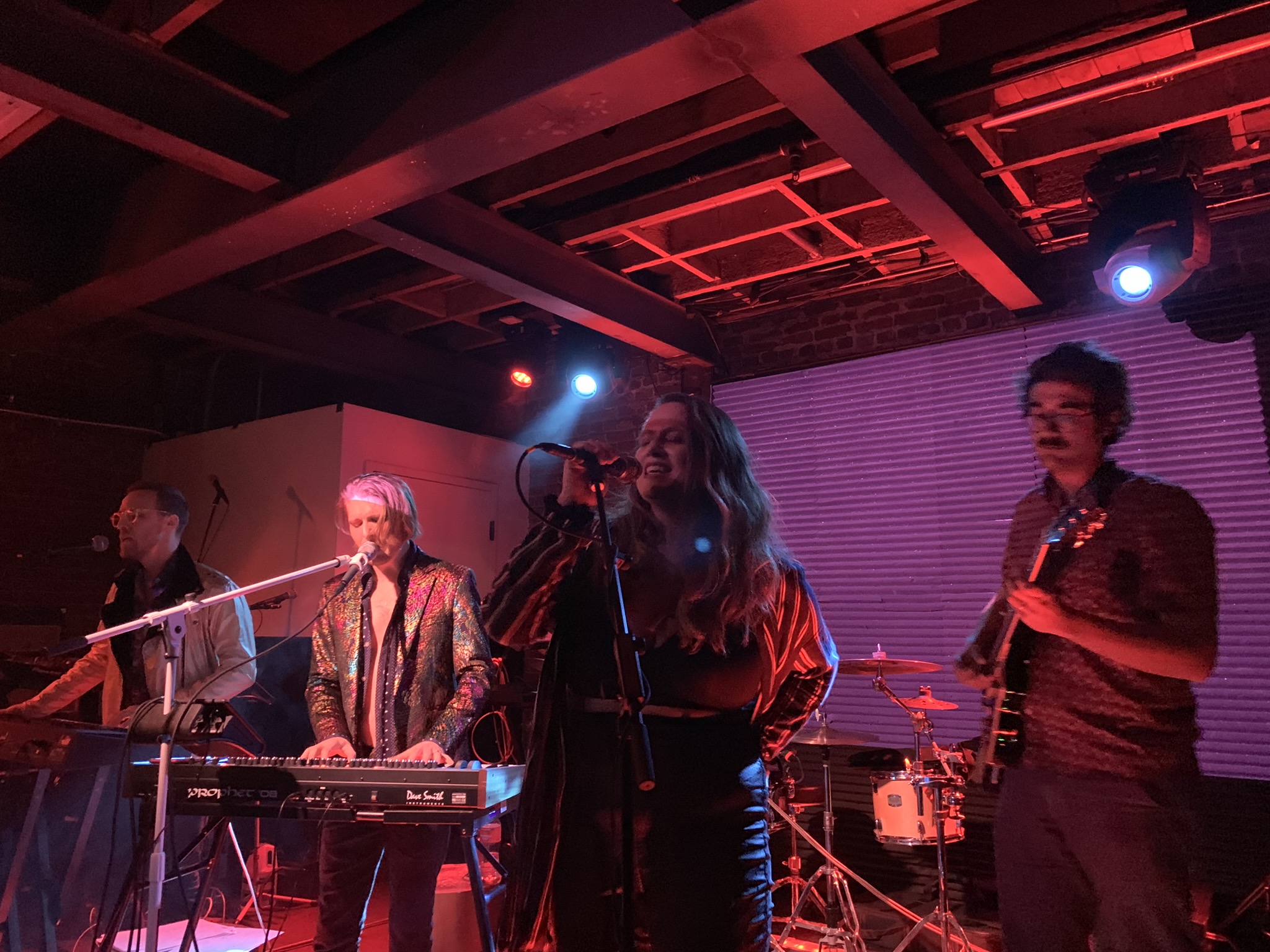 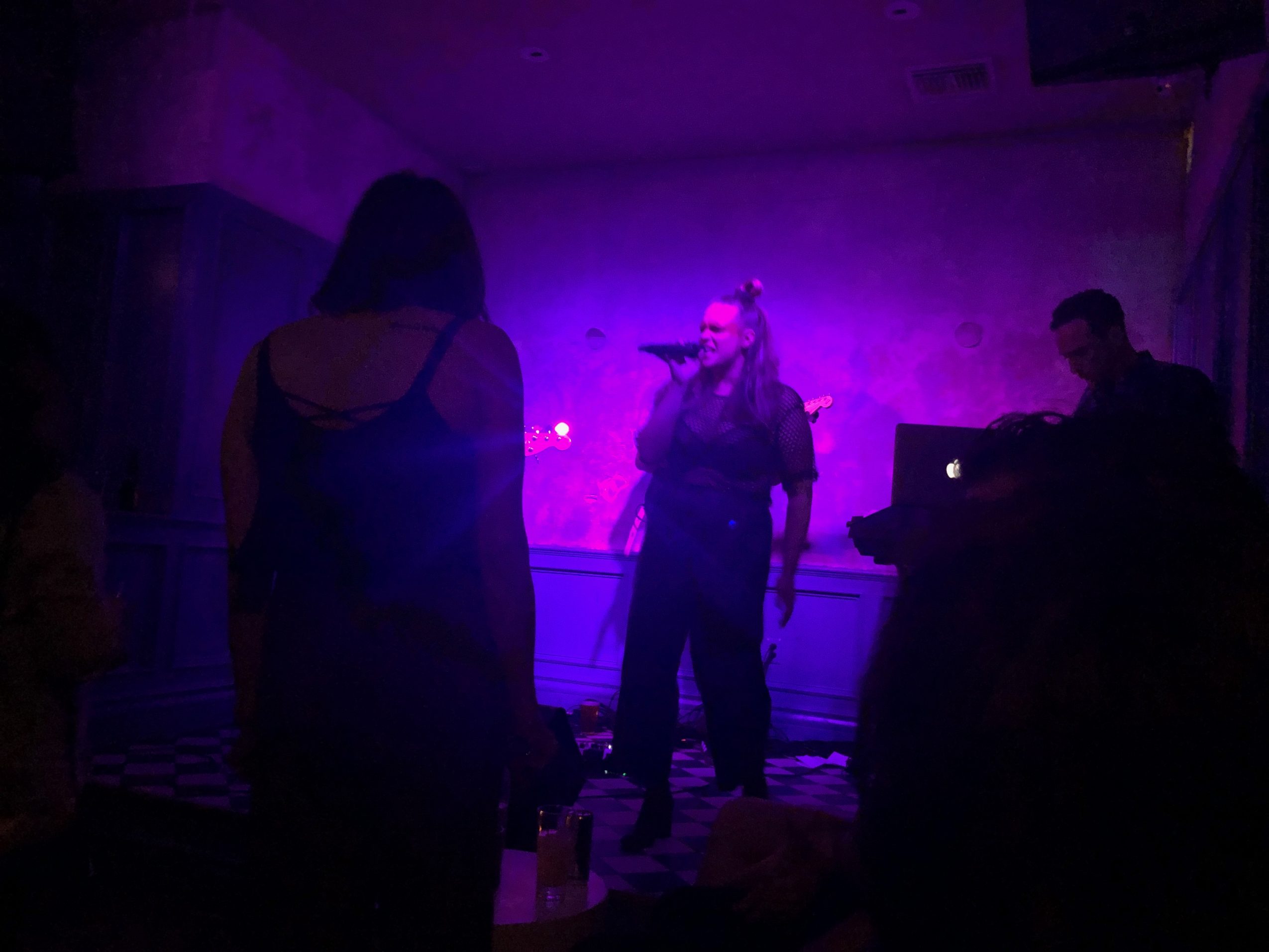 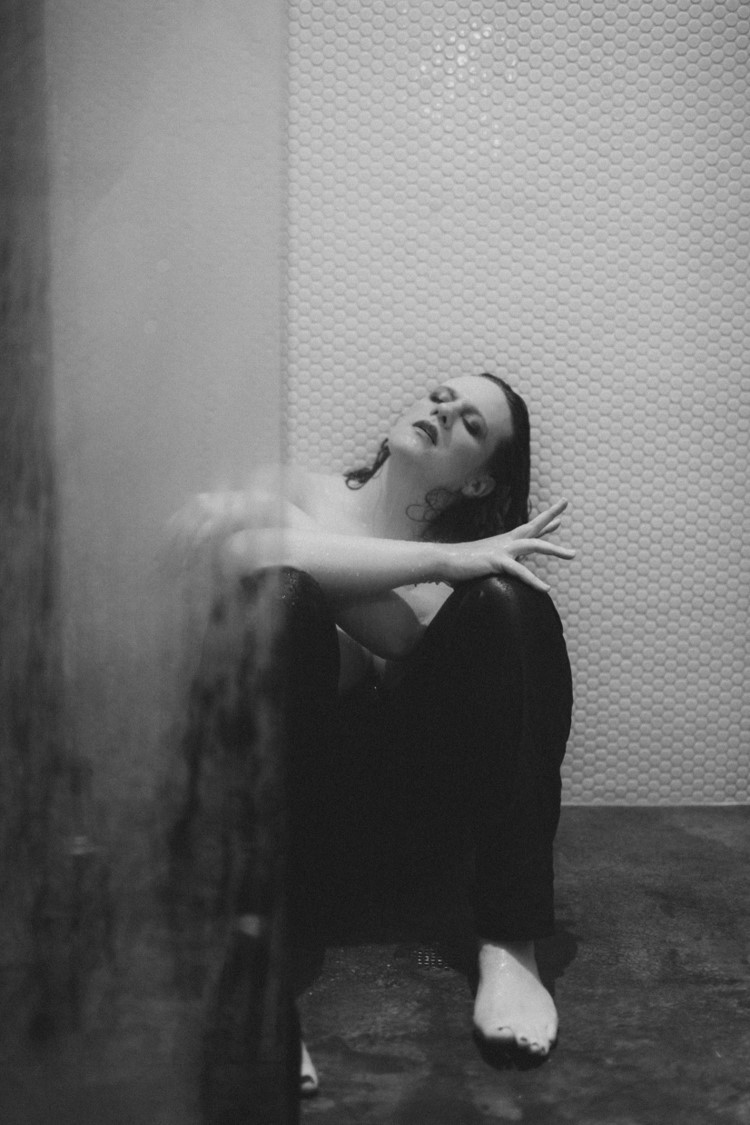