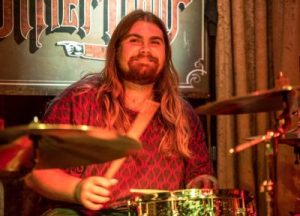 Today we’d like to introduce you to Lee Piatelli.

Thanks for sharing your story with us Lee. So, let’s start at the beginning and we can move on from there.
I grew up surrounded by music at every turn, my dad’s side of the family are all musicians and every year we would spend Thanksgiving on Martha’s Vineyard and record our annual family Christmas album together up until 2003. Of course, I was only a child at the time but I was enthralled with every minute of it. I remember vividly sitting in the control room one year, watching everybody gather around a microphone singing silent night and seeing the soundboard light up, I was so excited I could barely contain myself, to this day it’s one of my favorite memories of my childhood. From then on I was never denied any kind of support for my passion.

My parents were always playing music around the house particularly Gene Pitney, The Beatles and Roy Orbison. All three artists played a significant role in my early development as a musician. My Nana on my mother side gave me my first real taste of live music outside the family by giving me a VHS copy of Roy Orbison’s a Black and White Night which to this day remains one of my favorite albums and in my opinion is seriously overlooked and underrated in terms of being a breathtaking performance with an all-star band. I’ve been taking the drum and vocal lessons since I’ve been six years old, I would go to Discenso’s Drum Shop a few times a week after school for lessons and I loved every minute of it.

I took lessons there all the way until college, studying with a drummer named John Kerr who really gave me valuable insight on what a drummers duty is which is to lay the foundation for the band or artist. Discenso’s was a steeple not only for myself and my musical development but for the greater Boston area music and education community as well. I’ve seen countless informative and simply amazing drums clinics through the years at Discenso’s including Steve Gadd, Kenny Aronoff, Terri Bozzio, Todd Sucherman and Steve Smith just to name a few. Dick Discenso the owner and Andy Keesan the shop manager treated me like family which made Discenso’s my home away from home.

Throughout grade school, I continued to study music and once I hit middle school I joined the school band all the way through college, I would have joined back in elementary but the program was cut due to lack of funds. Unfortunately, that seems to all to common for the arts in schools. Another major support system in my early career was my high school band instructor Rich Kennelly. He would always push me to strive for excellence but made sure I enjoyed myself in the process. He even put together a house rock ‘n’ roll band for the school which I fronted.

We played all the pep rally’s, dances and school events. Outside of confines of public education towards the end of eighth grade all the way through high school my dearest friend to this day Mike Fitzgerald and I started a band called park street under (later to be changed to the audio effect), Mike’s father Jimmy has also been monumental in supporting my ambitions and encouraging me to achieve my goals.

He built us a soundproof studio in the basement of his house where we would practice every weekend and even host “gatherings” junior and senior year where we would showcase our band and music. Another wonderful experience for me in my teen years was playing my first paid gig at a club in Boston at age 15. It was a real thrill being as young as I was playing a legit club till two in the morning having college girls flirt with you and people half in the bag dancing the night away, it definitely wasn’t my last time getting an early start on what I considered to be the big leagues. Plus whenever I could swing it I would go out to Lucky’s Lounge in South Boston and watch my cousin Steven Memmolo perform with his band the classic yellow. I’ve always looked up to Steven musically for not only for being a top-notch performer but for understanding the business aspect of the industry and how to do business right.

I’ve learned a lot from him and he’s been a guiding as I got older on how to handle business and command the show. When I started my freshman year at Umass Dartmouth I majored in music performance and was excited to embrace my passion at the next level. Through my personal diligence and the dedication of my primary instructors Jamie Eckert and Chris Poudreir, I started heavily studying jazz, Latin and world music. For a while, I was really taken out of my comfort zone musically and rhythmically. I realized once I started diving into everything how little I really knew, but in the long run, the experience significantly changed my adaptability, improvisation and understanding of music and rhythm outside the mainstream all for the better. It wasn’t until 2014 that I decided to make the move to Los Angeles to build my career amongst other factors.

One of my first priorities in LA was to finish school, so I did by achieving my Associate’s degree in music performance. I do plan on going back for my bachelors in the future once I pay off my first round of student loans haha. I can honestly say leaving Massachusetts for California was one of the best decisions I’ve ever made, considering my career since then has taken so many leaps and bounds. I’ve had incredible opportunities to perform with some of the best players on the scene, meet some of the most incredible people the majority of which have become good friends and have amazing once in a lifetime experiences along the way. They say life is about the journey, not the destination, I couldn’t agree more because without all good and bad experiences throughout my life until now I wouldn’t be who I am today.

Overall, has it been relatively smooth? If not, what were some of the struggles along the way?
No, it certainly hasn’t been a smooth road to now. Growing up especially in my younger years through elementary school I was bullied a fair amount. Verbal abuse and being picked on was semi-normal for me. It definitely didn’t help my self-esteem and confidence in the long run, however it’s one of the pivotal reasons a why I dedicated myself to music, Aside from music being my passion it became an escape for me and for a long time music was the only force holding me together so to speak before and after my sobriety. If you didn’t guess based on my last statement I’m in recovery and just celebrated 4 years this past July.

My battle with addiction is an essential part of my later years and unfortunately robbed me of myself and my true potential for years to come. My addiction really started to take shape around the time I reached high school towards my junior year, I smoked weed and had a beer or two for the first time with some buddies before our high school band’s end of the year function. Needless to say, I will never forget the way I felt after the concoction of weed and beer settled into my system, I had this relieving feeling of euphoria coupled with a completely free state of mind and somehow it seemed that nothing in the world mattered anymore. It was the first time I felt any kind of real confidence, respect or love for myself in years.

All I knew was I never wanted to not feel this way ever again, only to be blinded by the fact that in the end I never truly needed alcohol or drugs to be comfortable in my own skin, but that’s one of the many illusions of addiction that traps you in its vortex. Ever since that day for nearly 5 years I was constantly chasing that feeling, only pushing myself further and further into the arms of my addiction. By my sophomore year of college my addiction fully blossomed and consumed me entirely, By then I have become completely dependent on liquor and weed to even consider functioning on a daily basis.

For those 5 years, I can’t think of any instance where I was sober for any length of time because I wasn’t. By the last month or so of the spring semester in May of 2014, I officially hit rock bottom. I was skipping class, in extremely poor health, not bathing, owing money to dealers who wanted a piece of me but most of all I wasn’t Lee anymore. At the end that’s what the addiction does, it bleeds you dry until you’re a shell of the person you once were. It literally morphs your soul into a black hole and leaves you empty and hollow. Then one day on finals week I woke up and was heading to the bathroom, as soon as I entered the first thing I did was turn to the mirror for whatever reason.

The second I caught a glimpse of myself I started to stare, it lasted a hot minute because I couldn’t stop staring even though I wanted to. Then all of a sudden it hit me that I was looking into the eyes of someone who felt lost, scared and alone. Once I realized that’s I was looking at myself I started to cry uncontrollably, I broke down almost unable to fathom who I had become. I immediately called my mom once I got a grip and surrendered myself to the fact that I had a serious problem and needed help. Within a week I was off to start my new clean and healthy life that I was meant to live, starting with rehab in Arizona up until now.

Today I have a college degree, an amazing girlfriend, a budding music career, the best group of friends and I have my life back. Overall the evil that is addiction despite having me in its grips for half a decade in a way helped to define who I am today, because of my struggle with addiction I am a much stronger and more passionate person than I ever was.

My recovery has allowed me to grow and mature and become the person I was meant to be. With all of this being said my journey through today wasn’t always easy, but no real triumph comes without struggle, and persistence

leegrooves.com – what should we know? What do you guys do best? What sets you apart from the competition?
My website leegrooves.com, if you haven’t been there already, is the central hub of my music career. There you can check out my Bio, see some photos, watch the amazing footage, and even sign up for lessons. I proudly teach private lessons throughout Los Angeles and Orange County, I also teach in-house through Sunset Learning Studios in Redondo Beach

What is “success” or “successful” for you?
I would define success as being comfortable with yourself whether it be the arts, science, politics etc. as long as your authentic, allow yourself to make mistakes, and challenge yourself at a healthy pace you will be poised for success 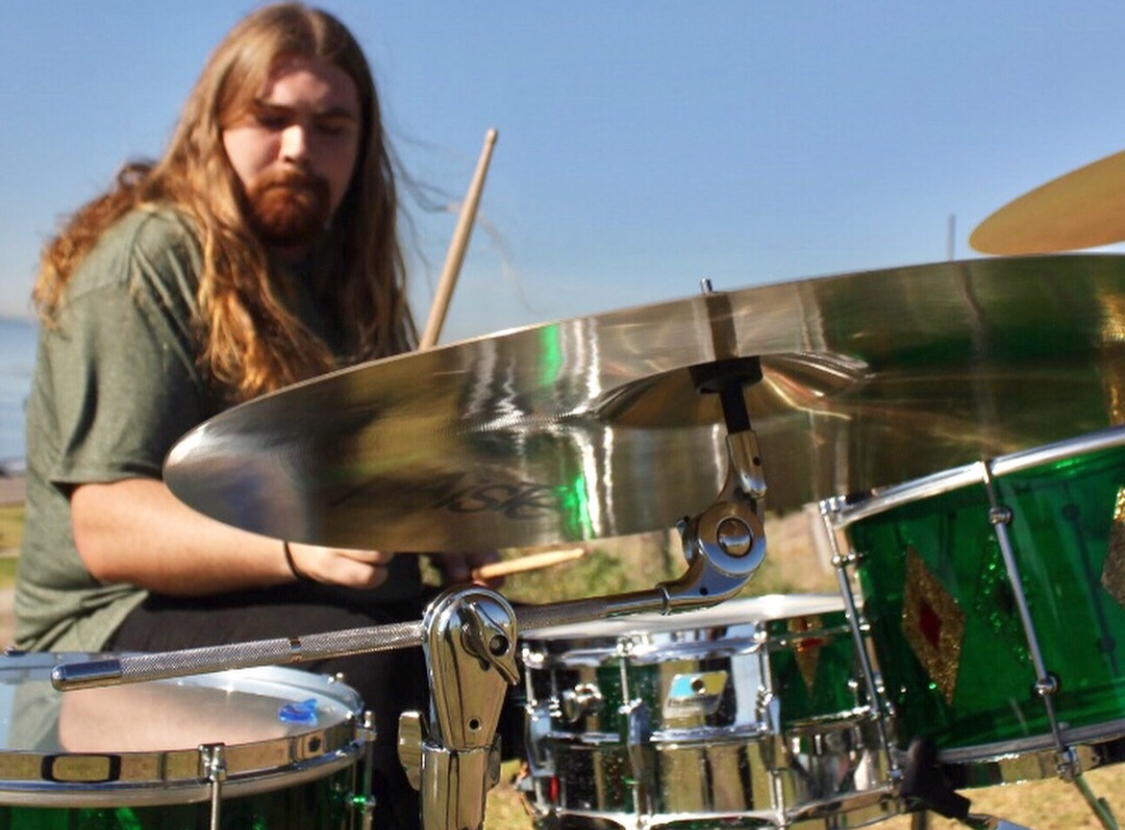 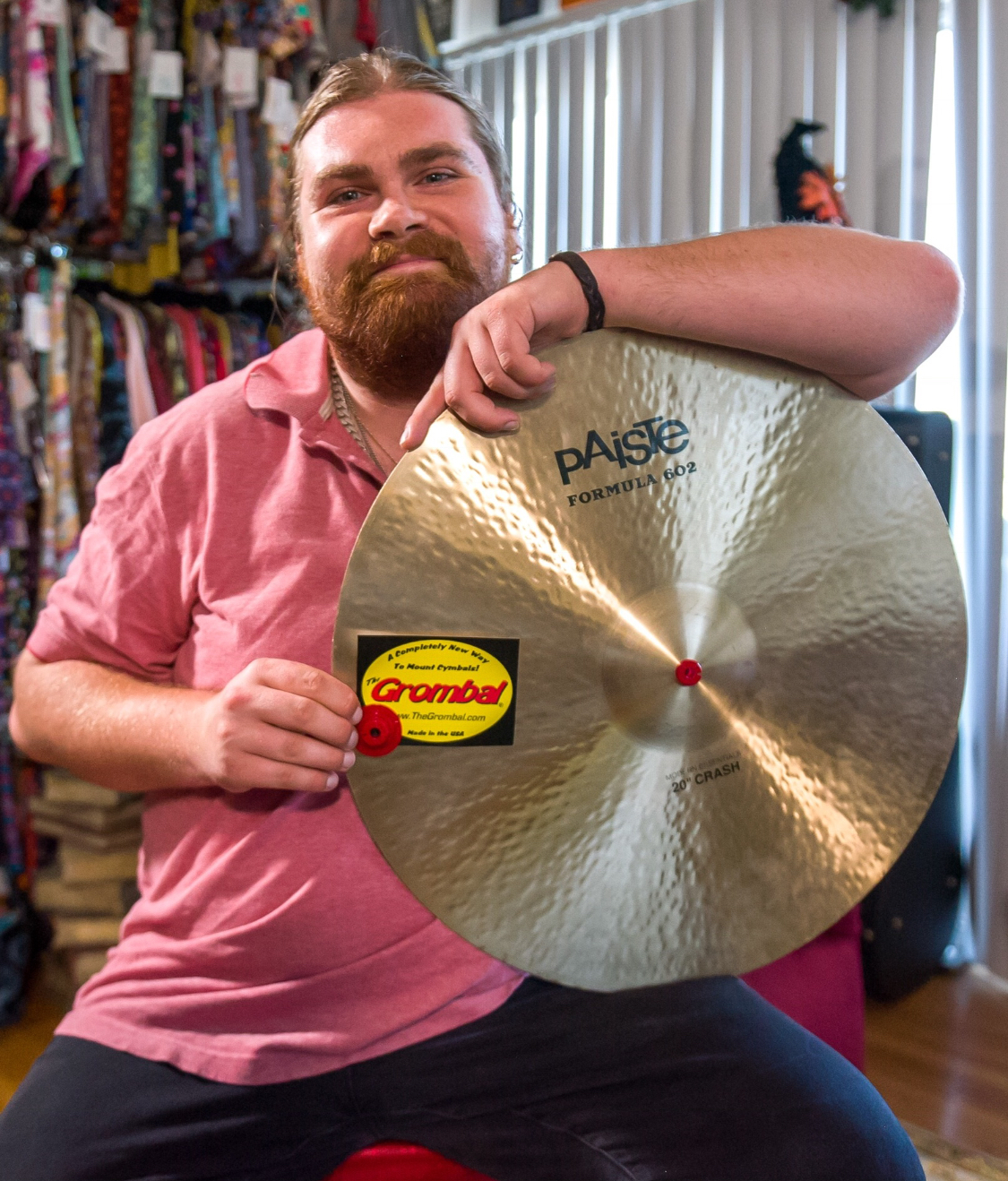 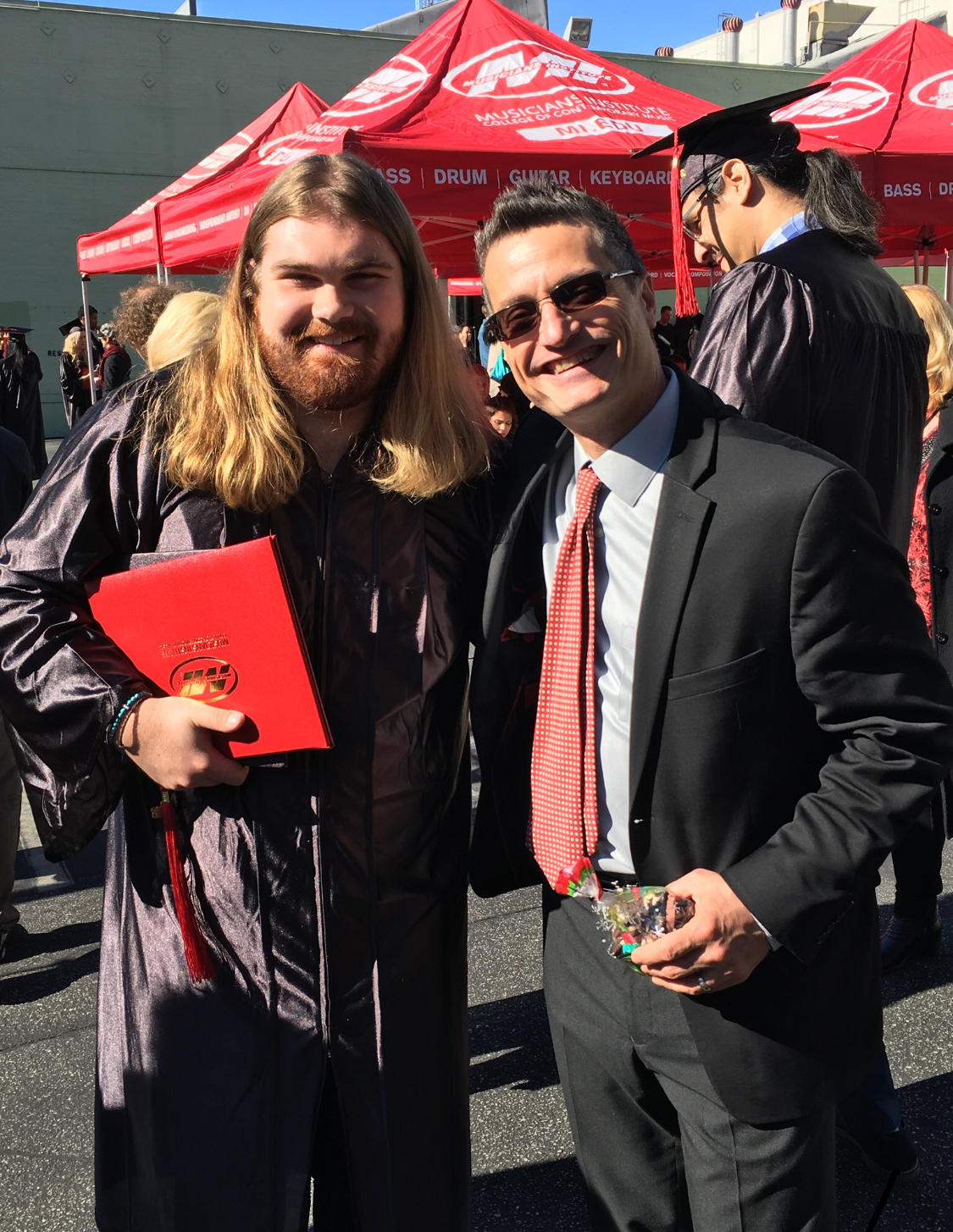 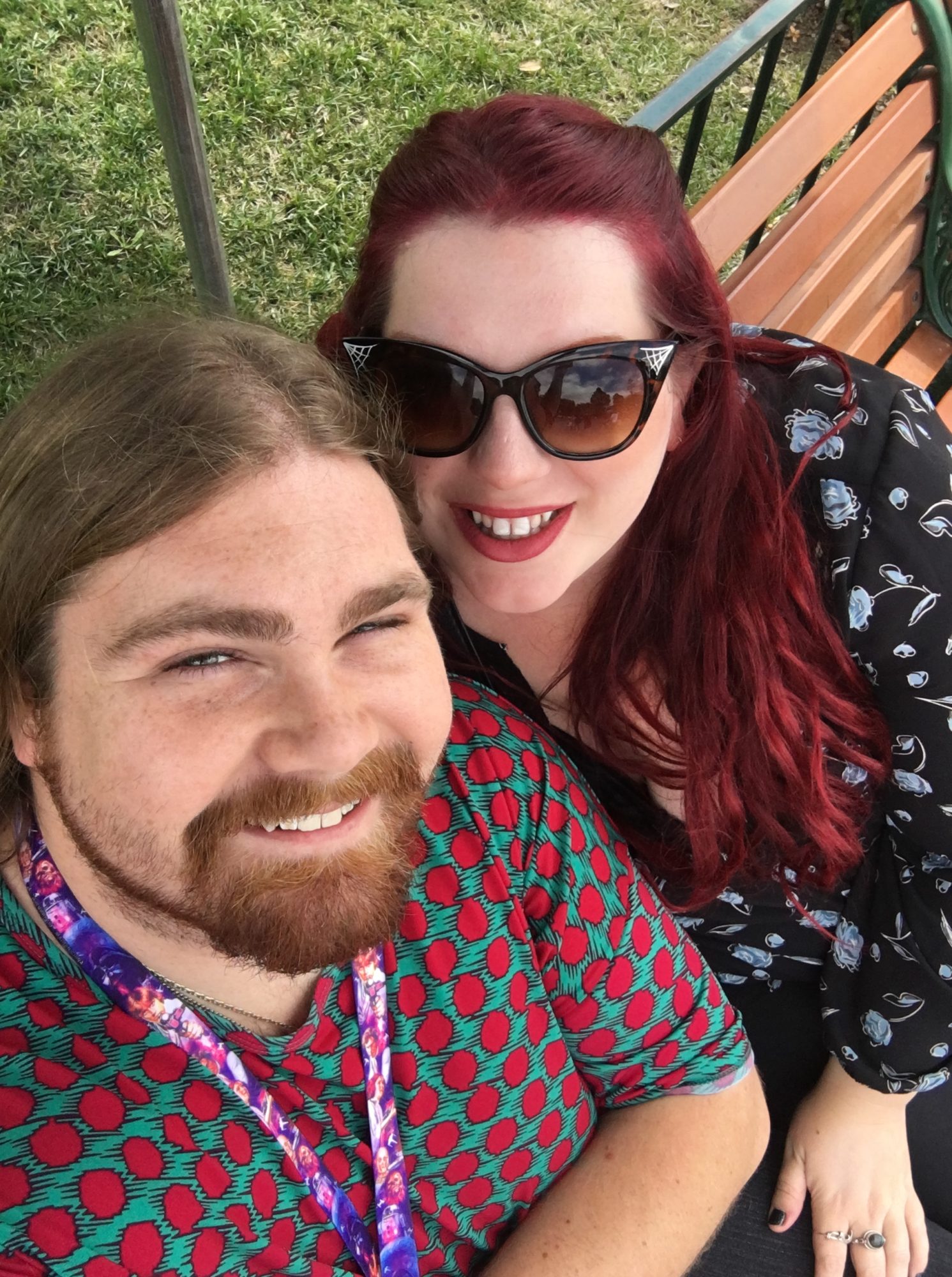 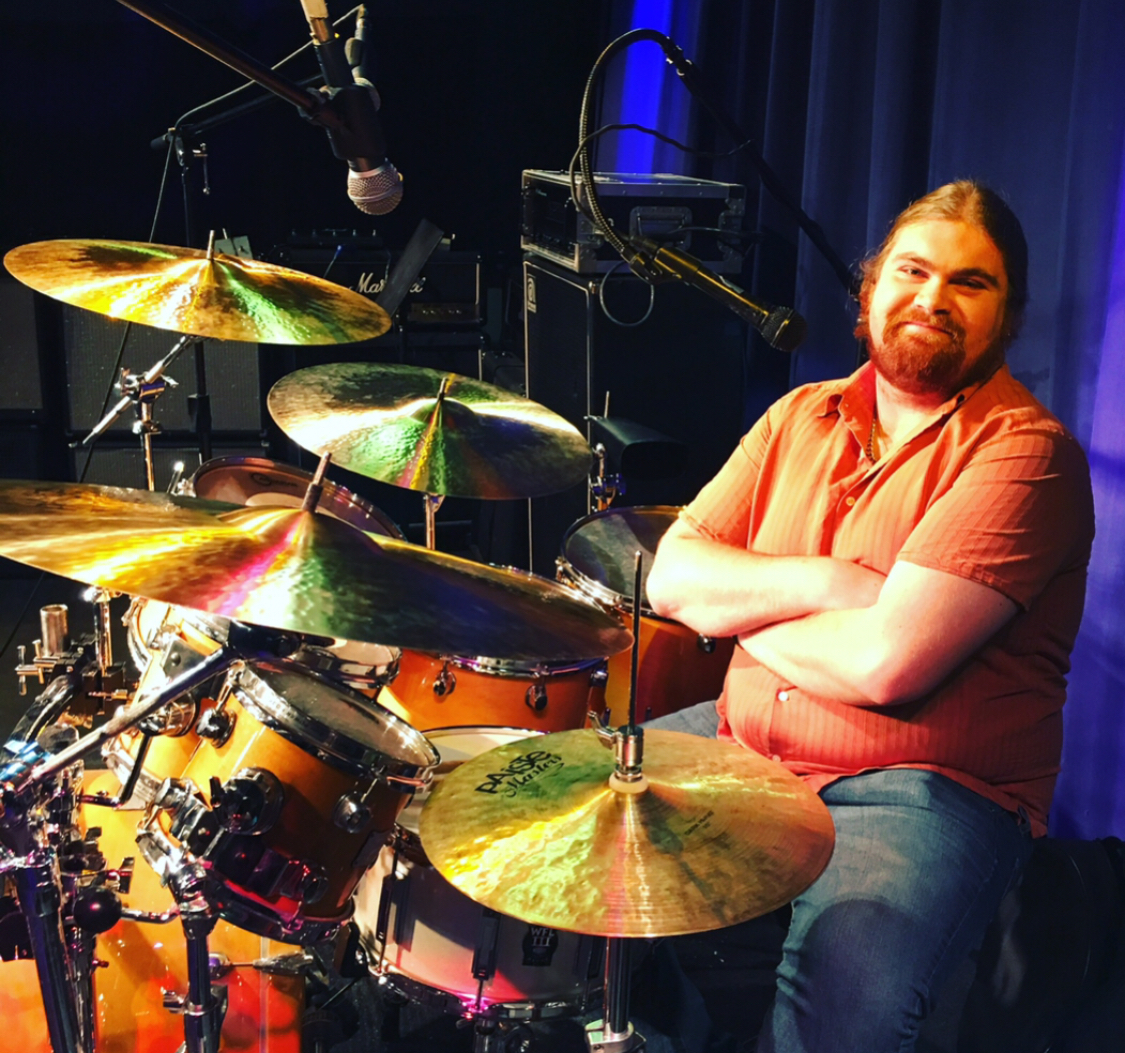 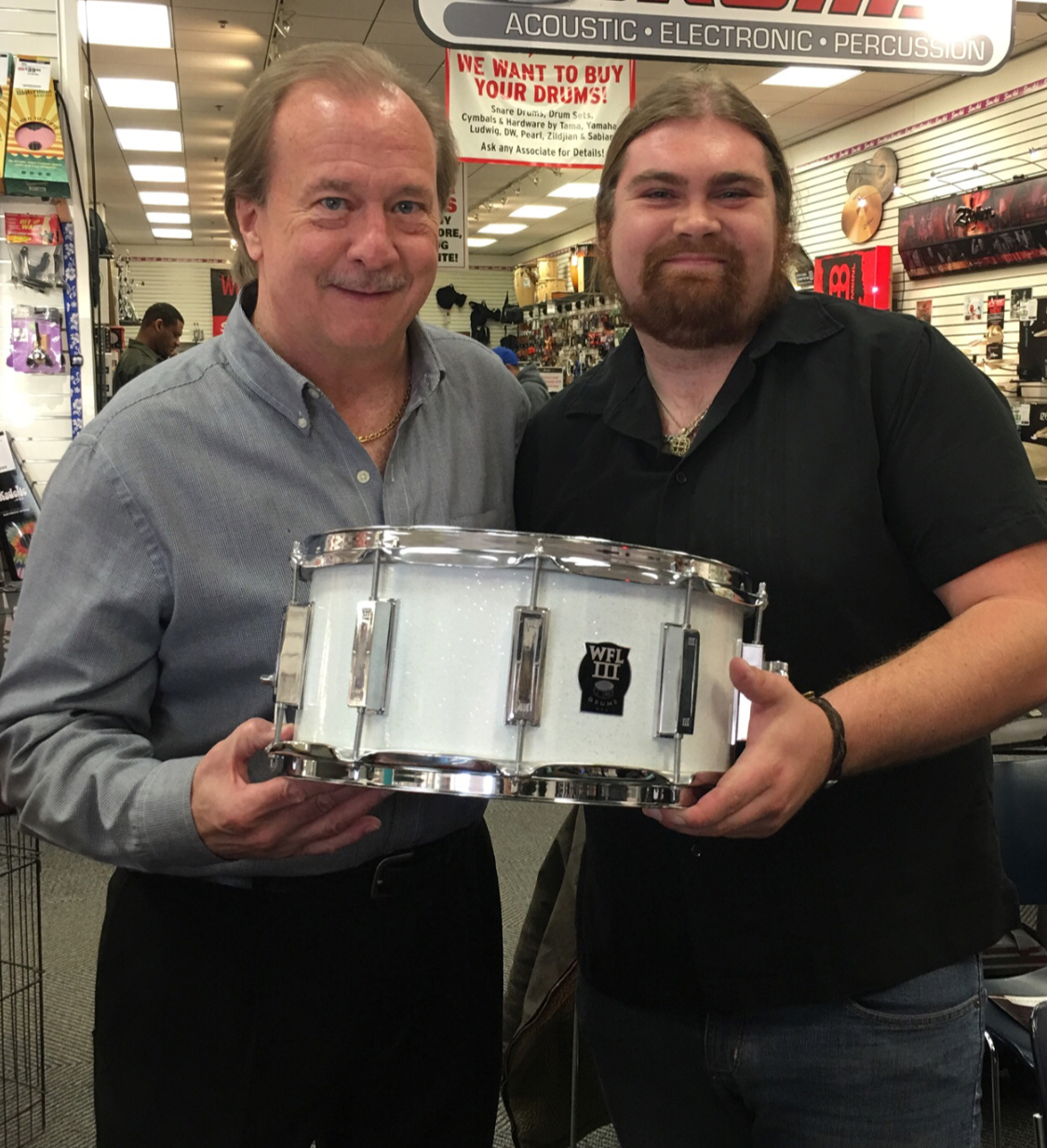 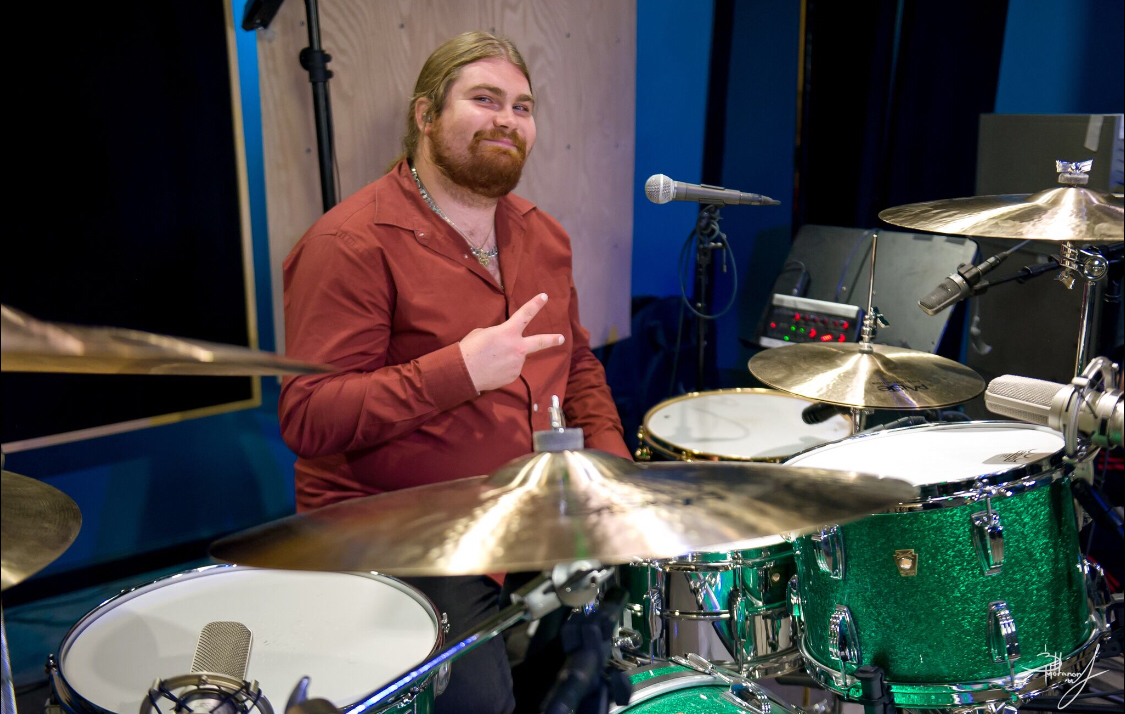 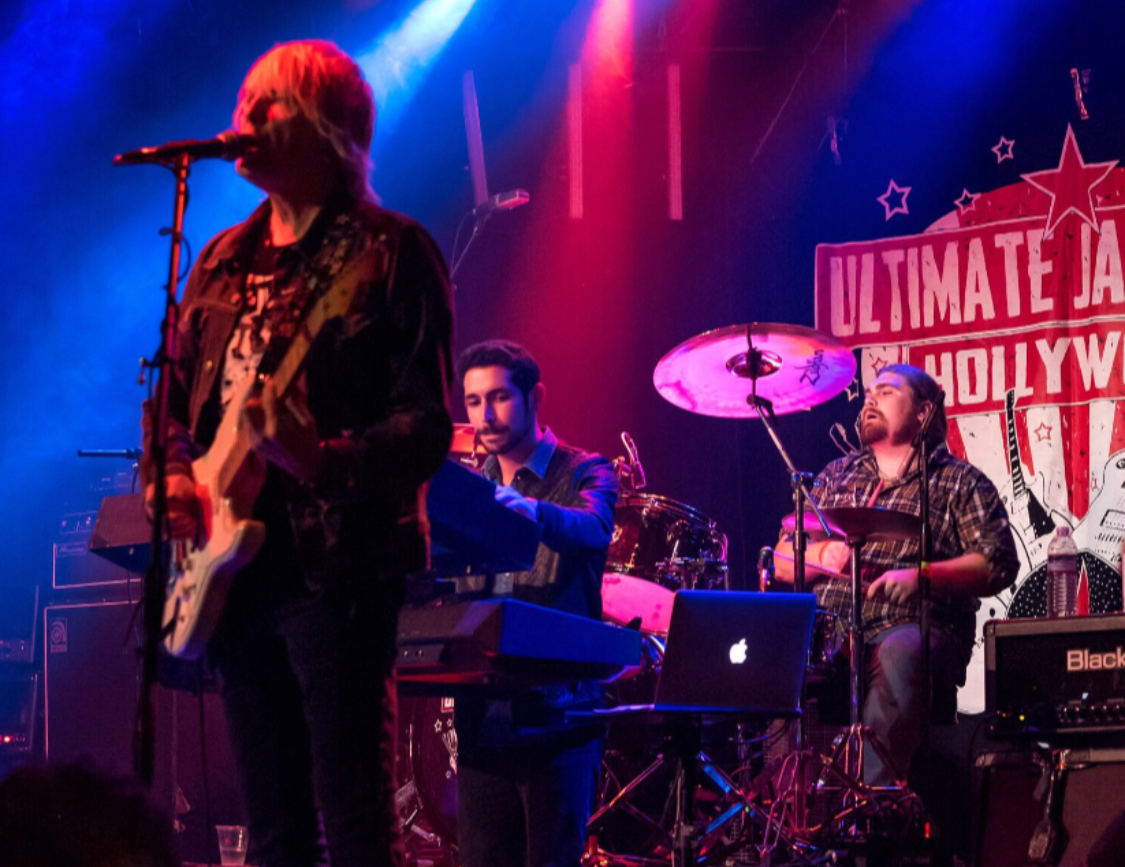