Today we’d like to introduce you to Stacey Broadwell.

Stacey, can you briefly walk us through your story – how you started and how you got to where you are today.
I grew up in Southern California. I was very active and a pro snowboarder. I was the first person in my family to go to college and graduated from San Diego State University with a degree in Business Administration and emphasis in Finance. After a short stint in San Francisco working at Mellon Capital as an Index Fund Analyst.

I moved to Santa Monica and accepted a Staffing Manager role at Robert Half International. I worked there for two and a half years and was quickly promoted to the technology division where I placed more than two hundred technology professionals for hard-to-fill roles throughout Los Angeles. Due to the effects of the recession in 2009, many of my clients called requesting services to help their hundreds of laid-off employees find work.

I launched a weekend mixer for software engineers and invited Chief Technology Officers to talk on panels about the technologies they built and managed. I would later call these CTO Roundtables. It was at one of my mixers I met Daniel Egan, a Microsoft Evangelist, who asked me, “Why don’t you launch your own agency? You’re great at this.”

At first, I laughed and took his comment as merely a compliment. But, by the second quarter of 2009, the Westwood branch of RHI that I worked at was the last of 500 branches that closed across the U.S. I met with Daniel Egan at a coffee shop on the Promenade in Santa Monica where we wrote out a business plan for my own staffing agency, IT Talent Search.

I launched my first two companies, www.ITTalentSearch.com, and www.CTORoundTable.com at 32 years old. Collectively they were a 70+hr per week commitment. Microsoft sponsored my CTO Roundtable events, and after three years, I hired internal staff and opened a new office in Manhattan Beach.

Business was good, and so was life! I met and married the man of my dreams, and we began planning a family. The night before moderating one of my CTO Roundtables at Stanford University, I found out my husband, and I were pregnant! It was the last public speaking engagement I’d have for the next four years.

I was on bed rest most my pregnancy and my husband, and I made the decision to put my agency on hold until after kids. Fast forward four years and two sweet boys later and I am ready to return to the Stacey I once knew – ambitious and connected!

I wrote on a piece of paper, “What do I need to know” and then began a list; Best ATS, Recruitment Marketing Tools, Employment Laws and Regulations, Data Analytics trends, etc.. I knew all these topics would take months to re-skill on, and I didn’t have time or patience for sales demos so I began researching conferences so I could learn it all in one day.

Surprisingly, there was no Recruitment or Talent Acquisition conference or community available in one of the worlds largest employment hubs – Los Angeles. In addition, the time and money to attend other industry conferences ($1700 + flight + 3-night stay in Vegas + meals) was out of the question with home needing my attention. That was my ah-ha moment.

I spoke with several peers in my industry and launched www.LAXTechRecruit.com. We had 120 attendees at our first event at CTRL Collective in Playa Vista. After that “massive success”- per IBM, I launched a second conference in Orange County with twice the sponsors and attendees. It’s incredibly gratifying creating positive community experiences through live events.

After the conference, attendees line up to thank me. Some have said, “I learned more today then I have ever learned at those multi-day conferences.” Others have said, “You are so inspiring. I look at you and think, I want to be her.”

Overall, has it been relatively smooth? If not, what were some of the struggles along the way?
When I first launched, I had to convince my ivy league, corporate 9-5 lifestyle husband that LAXTechRecruit would at least cover the cost of daycare. I won him over with ticket sales, and he actually moderated the Recruitment Marketing panel at our first Playa Vista conference.

Second, I needed to open some doors. What I have found is that if you are passionate about what you are doing, people are more than willing to help you get there! I have made so many amazing friends who have done just that – open doors and help lead the way.

Amazing influencers like Lou Adler, Jim Stroud, Ben Gotlin, Sarah Brennan, Craig Fisher, Dean DaCosta, Todd Raphael, David Nicola, Derek Zeller, and so many more not mentioned who will be speaking at LAXTechRecruit 2019. Lastly, we are growing and will be looking to hire staff in editorial, sales and operations.

LAXTechRecruit – what should we know? What do you guys do best? What sets you apart from the competition?
www.TechRecruit.io is a media company. Our goal is to educate talent acquisition, recruitment and HR professionals on innovation, strategies, and tactics to attract talent in today’s market. We do this through live events, podcasts, editorial articles, surveys, and industry-specific data reports. 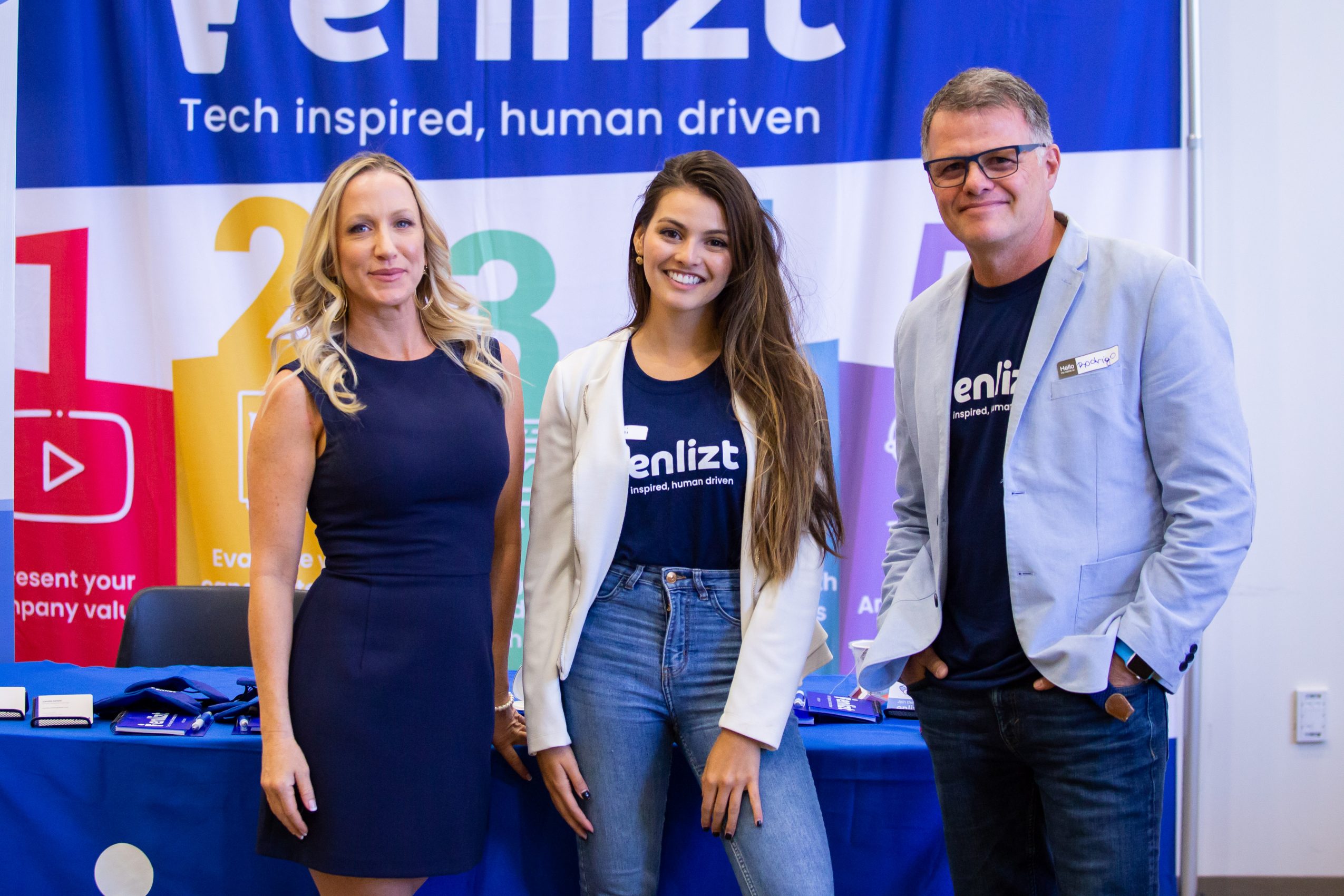 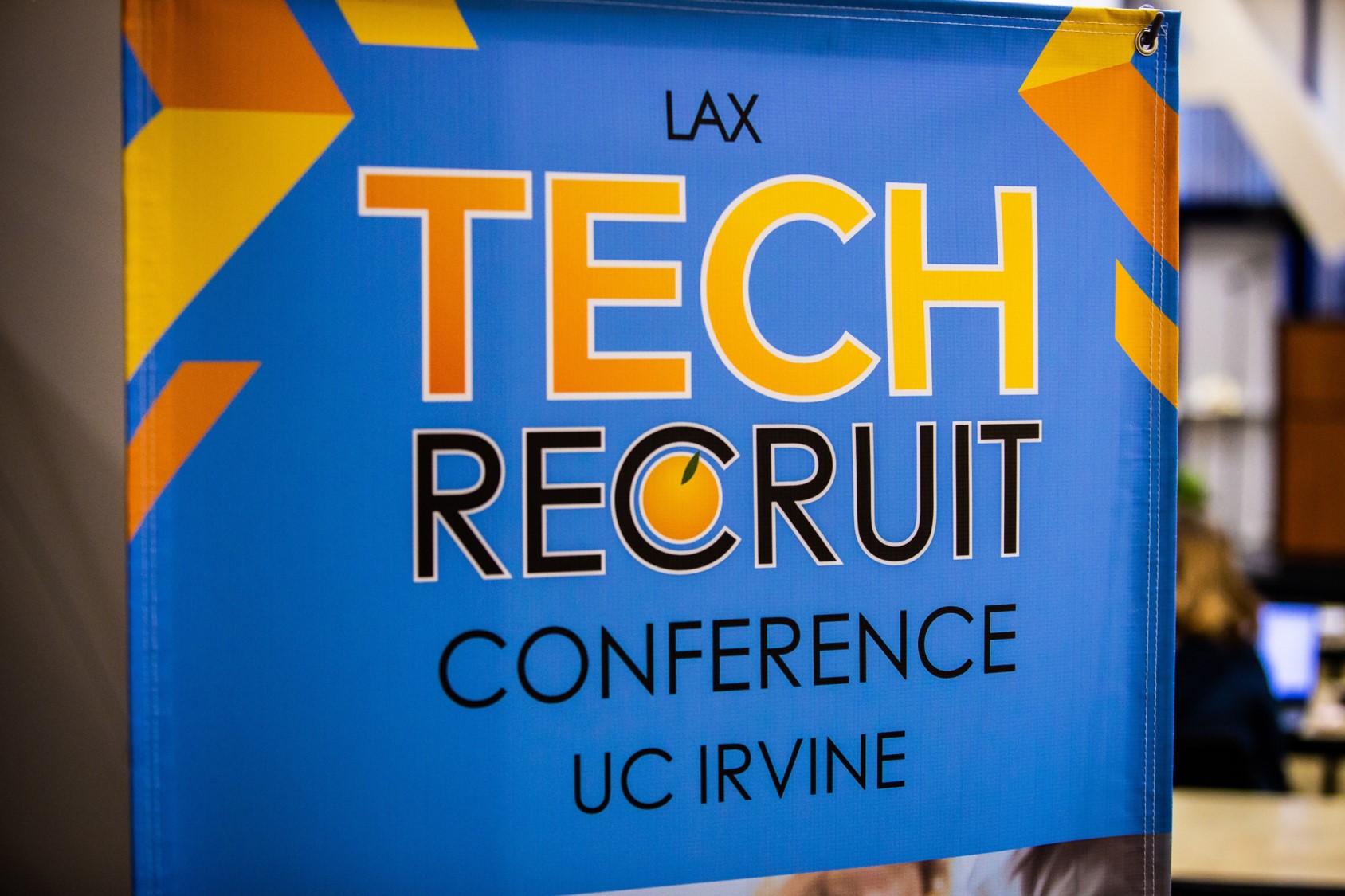 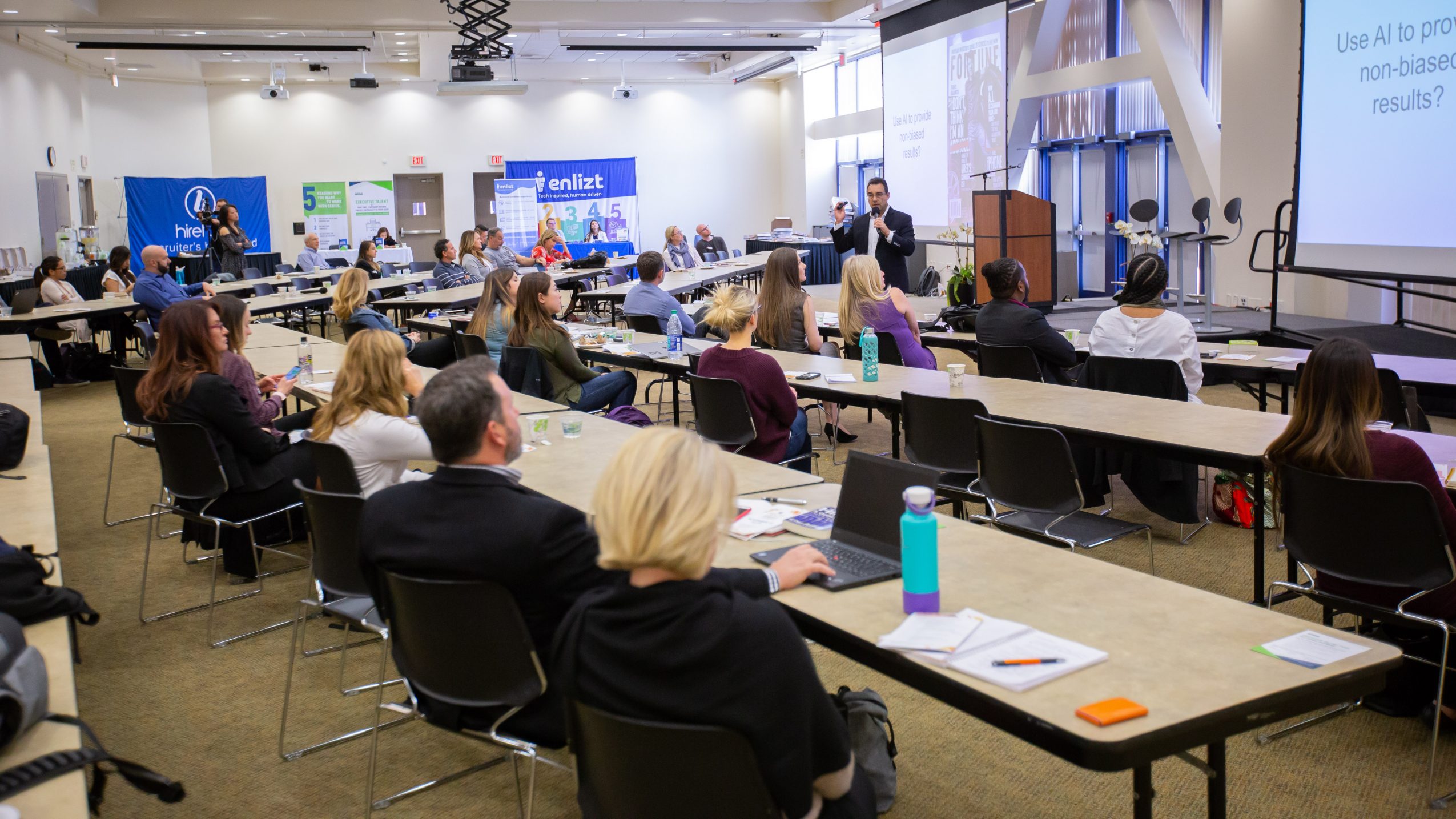 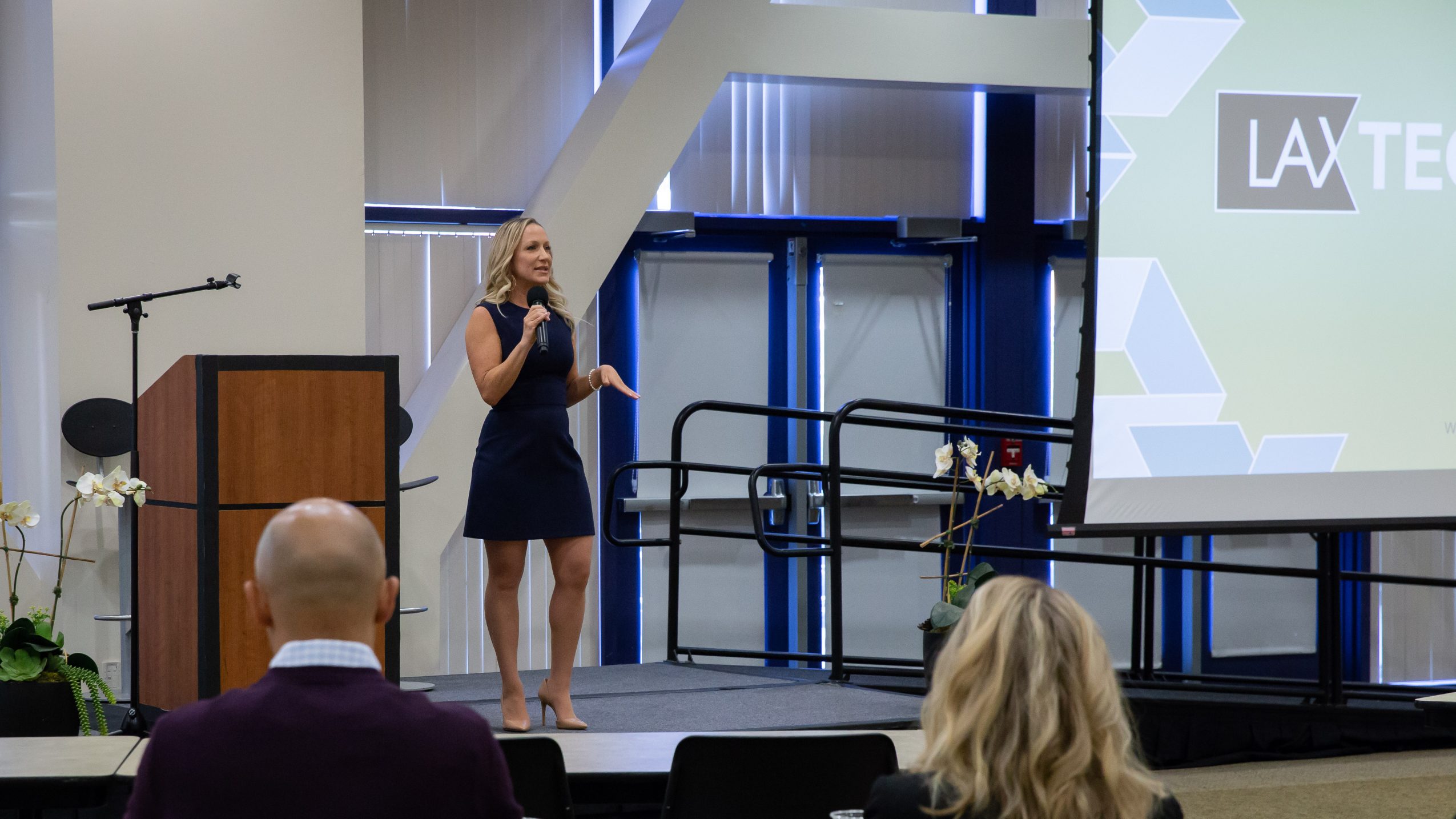 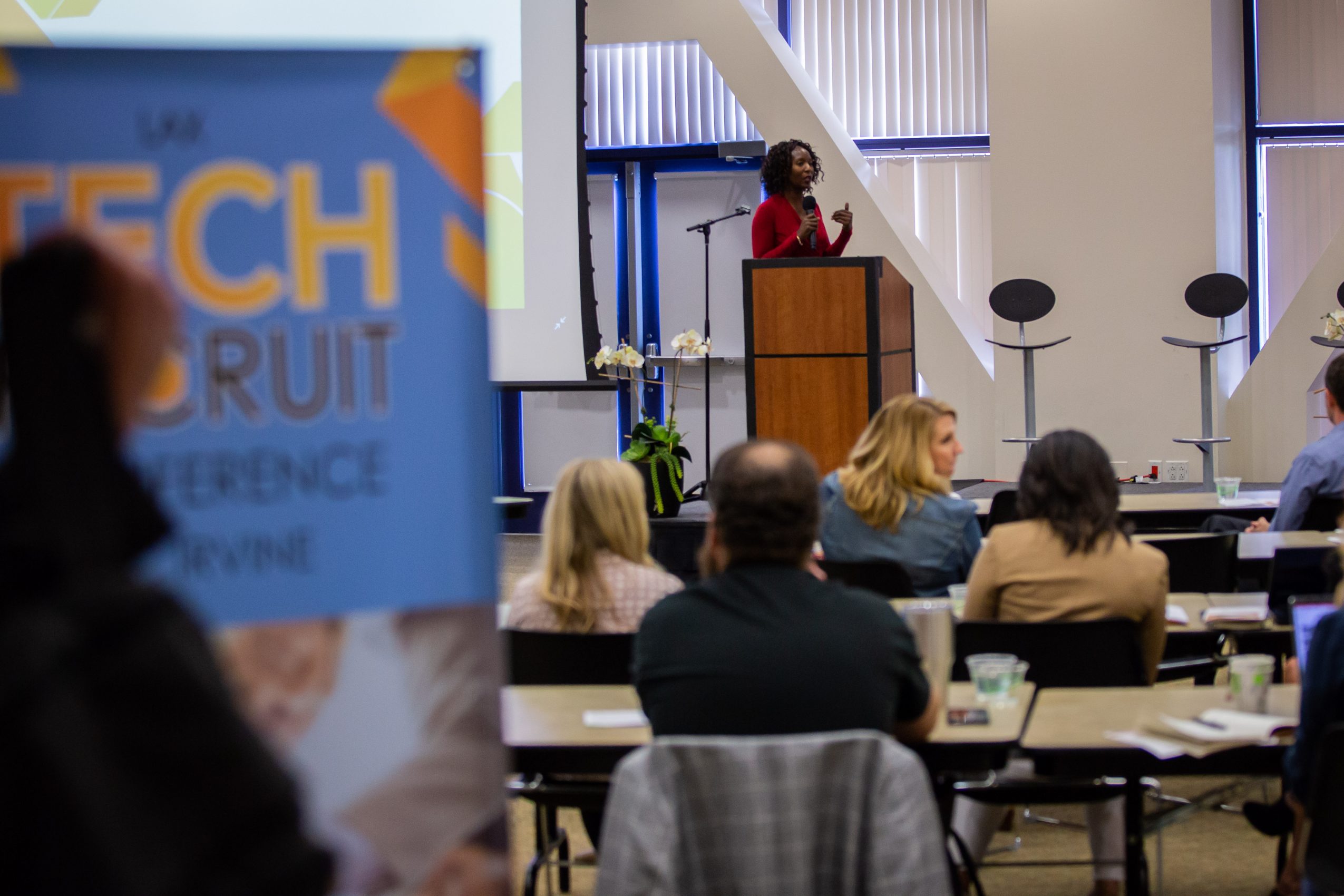