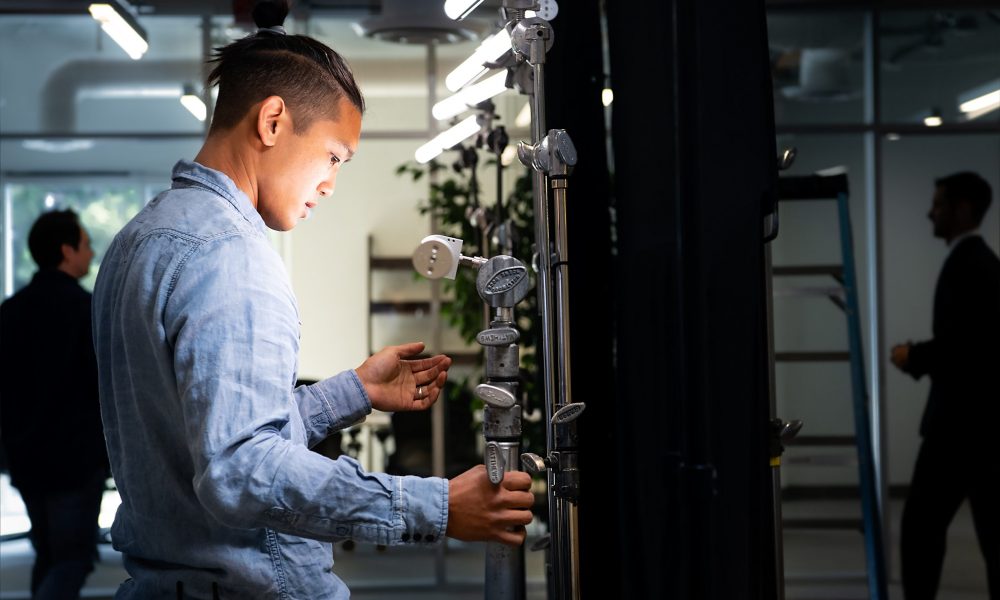 Today we’d like to introduce you to Lawrence Le.

Lawrence, can you briefly walk us through your story – how you started and how you got to where you are today.
In college, I majored in Biomedical Engineering. Just for fun, I took an intro level filmmaking class since I had loved making videos in high school over writing essays, and as a young boy, my dad always made me hold the camcorder at family functions. At the end of the semester, I changed majors and signed up for any and all film production classes. My parents were not thrilled, but I had found my true calling.

As a Cinematographer or Director of Photography, I’ve filmed for Humana, MassMutual, Cartier, GUESS, Jack in the Box, and many others. I’ve also lit sets as the Gaffer for brands like Google, Merrell, and Easton. Besides commercial spots, I’ve enjoyed working on music videos, short films, web-series, and even a feature film (which I would love to do more). I own a RED Epic Dragon camera package along with a 2-Ton Sprinter Van lighting package.

Overall, has it been relatively smooth? If not, what were some of the struggles along the way?
Growing up, I never imagined I would make a living as a creative. I thought I was destined for a career in medical research. Choosing to pursue film was scary at first, but through skill and a little luck, I’ve been fortunate enough to live my life’s passion.

Before I moved here, I knew practically no one in LA. I was told I’d have to “network”. The thought of serially approaching strangers at a cocktail hour terrified an INTP such as myself, but through sheer repetition, I’ve become much less awkward. Still, my favorite place to meet collaborators will always be while working together on set. I once worked a freebie for a DP whose career really took off a couple of years later. Unbeknownst to me, he had recommended me to a few contacts who eventually hired me to gaff on some really cool spots that led to more great work. On my journey, I’ve met some great people, had mentors, and watched my friends succeed in their goals and dreams.

Since I didn’t attend a technical film school, I had to find a way to learn the specifics of working on a set. I started out working on any and every project I could and absorbed the information and skills from more experienced crew members. I try to use every learning resource available; one of the great things about being in LA is being able to get together with other creatives and talk directly to the companies that service our industry. I’ve attended workshops in LED Colorimetry, hands-on showcases for new cameras and lenses, and numerous other events. If there’s a roundtable discussion or Q&A with members of the ASC, you will find me there!

Perhaps the most constant challenge in my career has been to stay inspired while handling the ups and downs of freelance work. Freelancing allows the flexibility to meet new people and gain new experiences on every job, but it also comes with periods of drought that follow the ebb and flow of the industry and economy at large. Keeping my original love for filmmaking close at heart, I always have a personal project at hand so that I’m never “not working”. I also take the opportunity to research and invest in new skills, such as recent techniques in utilizing Unreal Engine to generate Real-Time Rendered VFX on set.

We’d love to hear more about your work.
As a cinematographer, I love light. Lighting is what takes an image from iPhone photo to visual masterpiece. Of course, the lens, camera, and camera movement all play a role in creating the visual mood, but if you change the f-stop of a lens, you affect the depth of field, and if you increase the ISO of the camera, you add sensor noise. Proper lighting is the uncompromising approach to crafting a beautiful image.

A couple of years ago, we were filming a commercial for a company called DealDash. It was a 30-sec spot that took place in various rooms in and around a house, all during the day. We were on location with a skeleton crew, and several uncontrollable factors put us behind schedule. By the time the sun had gone down, we had only filmed half of what we needed.

Not wanting to add an additional shoot day (the budget did not allow for it), the director and I formed a plan to fake sunlight in the remaining scenes. Fortunately, we had completed the exterior shots, so we only had interiors remaining.

In each scene, I bounced LED or fluorescent fixtures to bring up the ambiance or overall brightness. An HMI through the window with a warming gel created streaks of “sunlight” across the room. If a window was visible, we covered it with shears or diffusion and blasted light onto that material. In the end, watching the spot, you’d never suspect a thing; we had recreated the sun with our tiny crew and modest gear package. The commercial is on my website at www.lawrence-le.com/commercial – all the shots inside the house beside the first scene were filmed at night.

Since then, I’ve continued to hone my craft in lighting and other areas. Having the knowledge and confidence to achieve professional results under difficult restrictions has allowed me to be more creative and do better work all-around.

If you had to go back in time and start over, would you have done anything differently?
When I first started freelancing, I really wanted to hold the camera and shoot. At one point early on, I met a gaffer who was working on some really great TV shows. He invited me to set and said I could come back at a later time, but I never followed up. I had just bought my first RED camera, and my goal was to shoot. I still wonder what shows I might’ve worked on if I had understood the opportunity at the time.

I’ve learned to take every new opportunity as it comes and to get out of my own way. Great gigs and collaborations have come from unexpected places, and I’ve learned to cherish that. 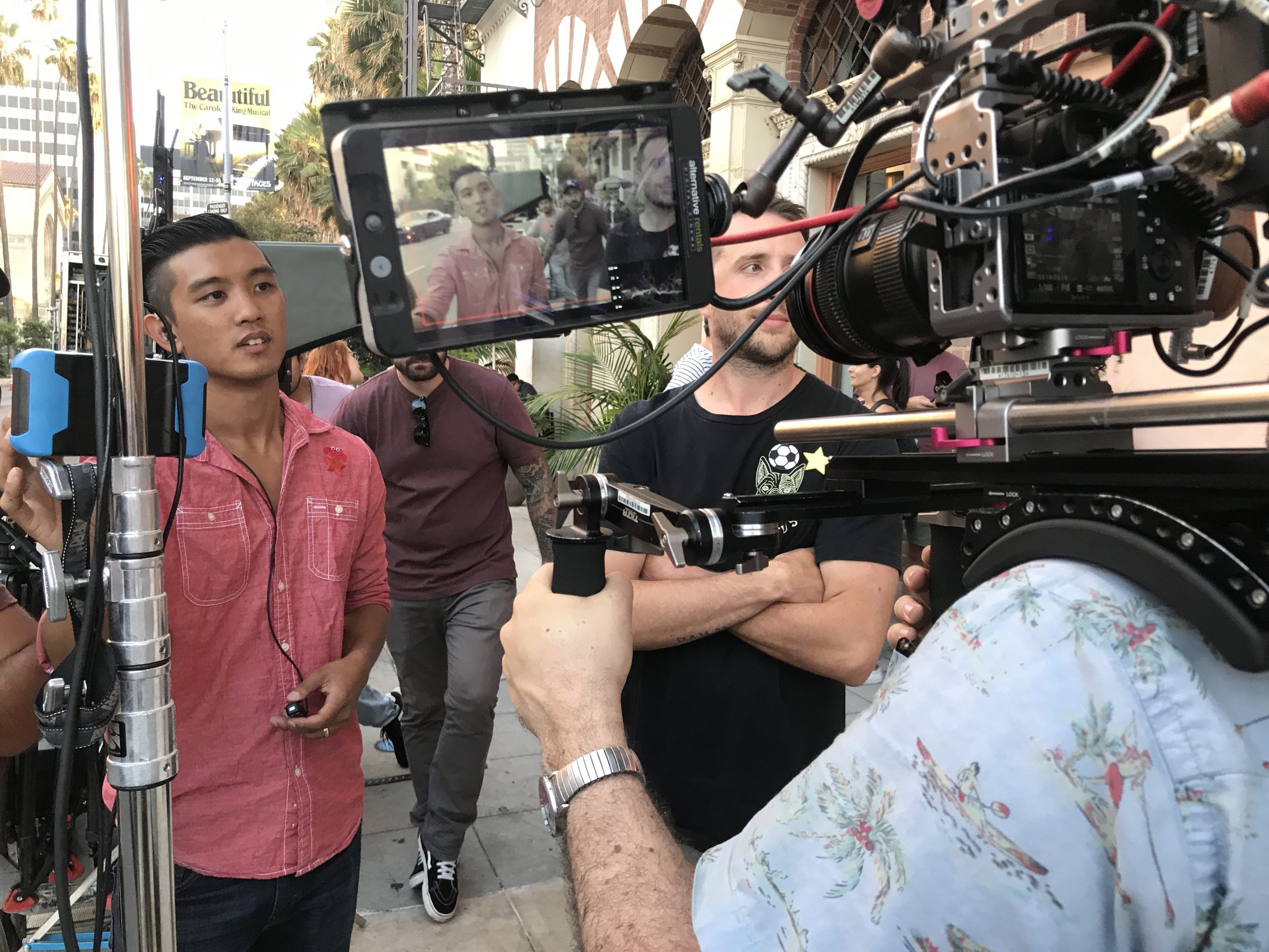 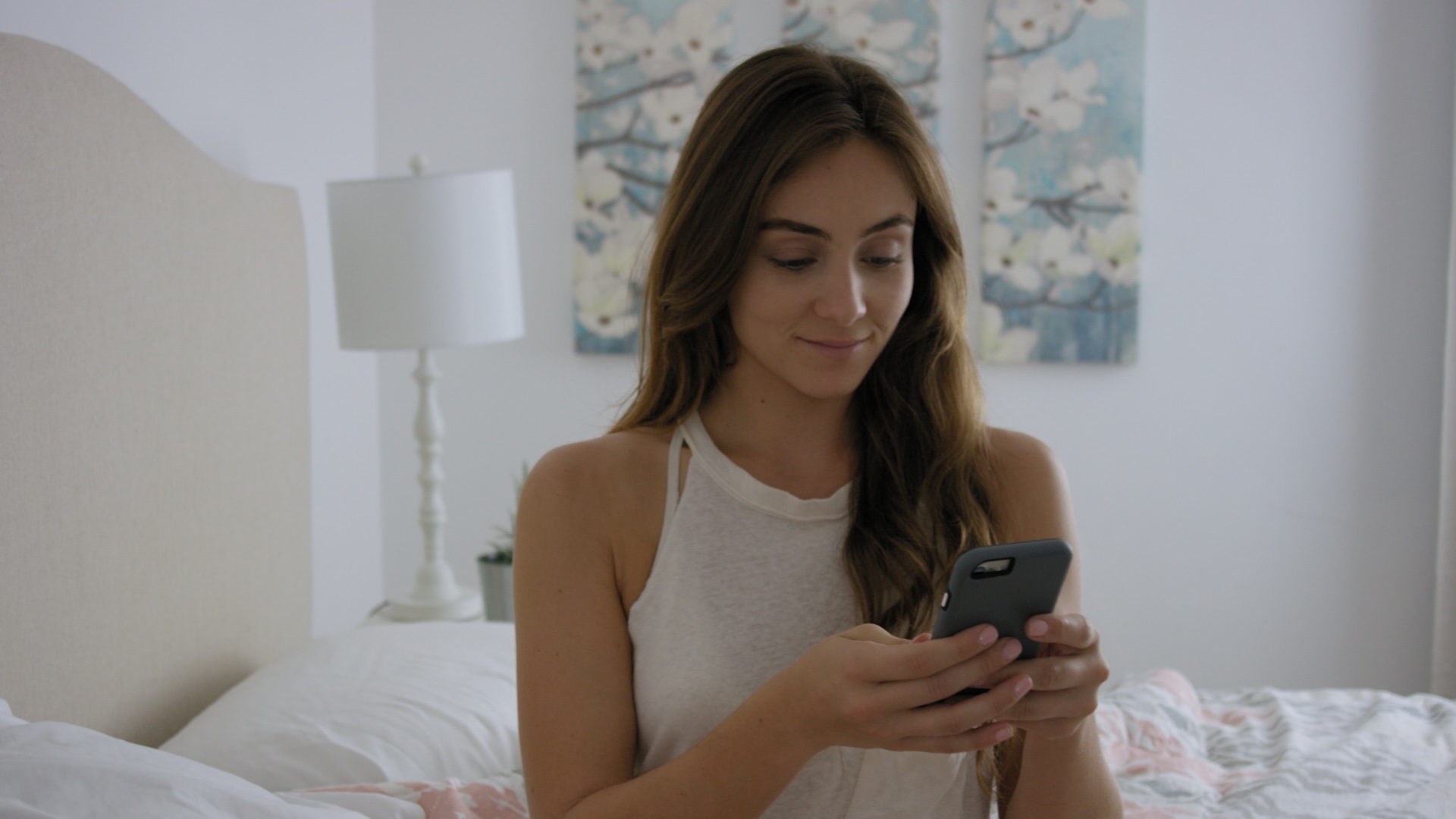 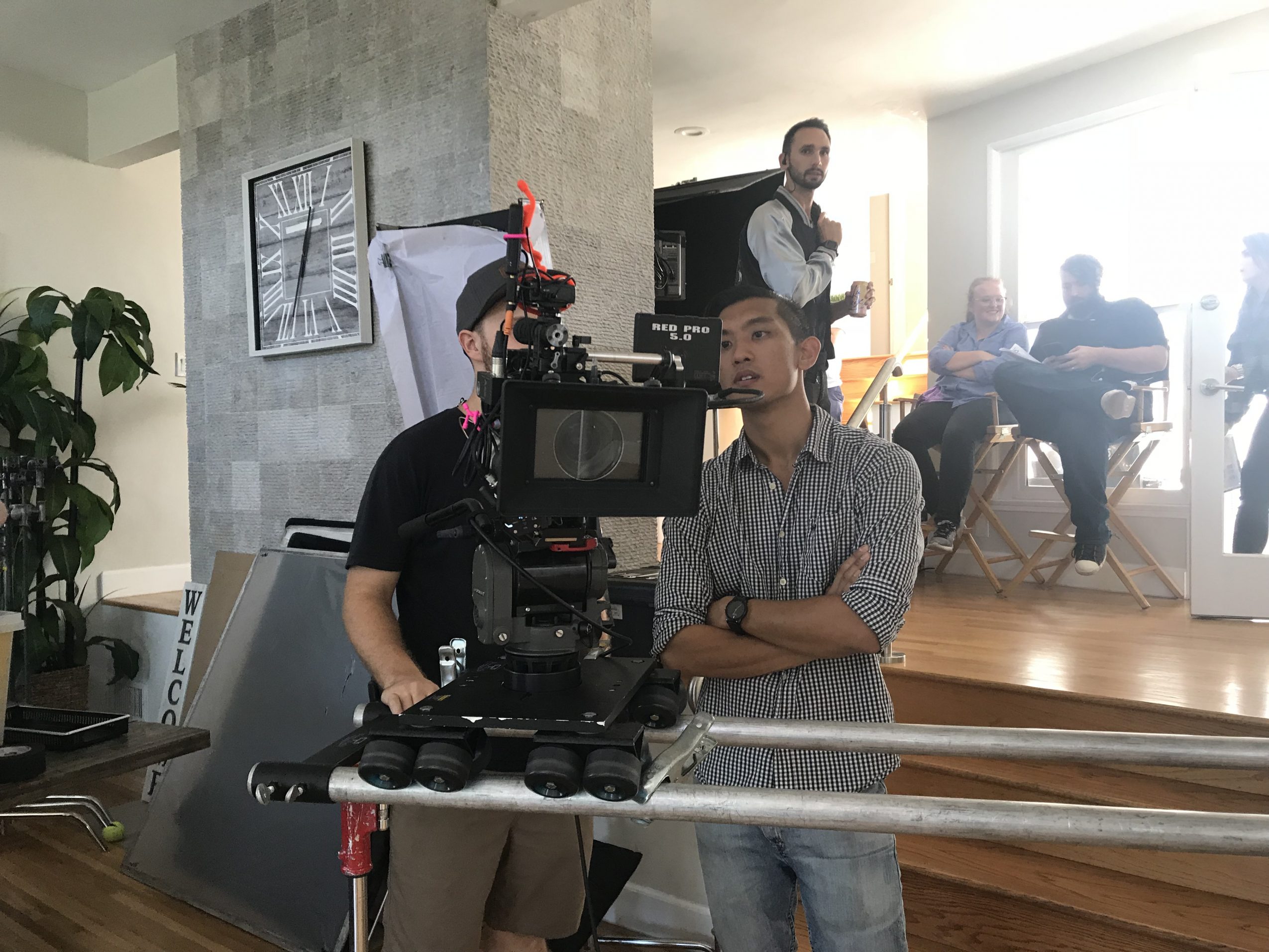 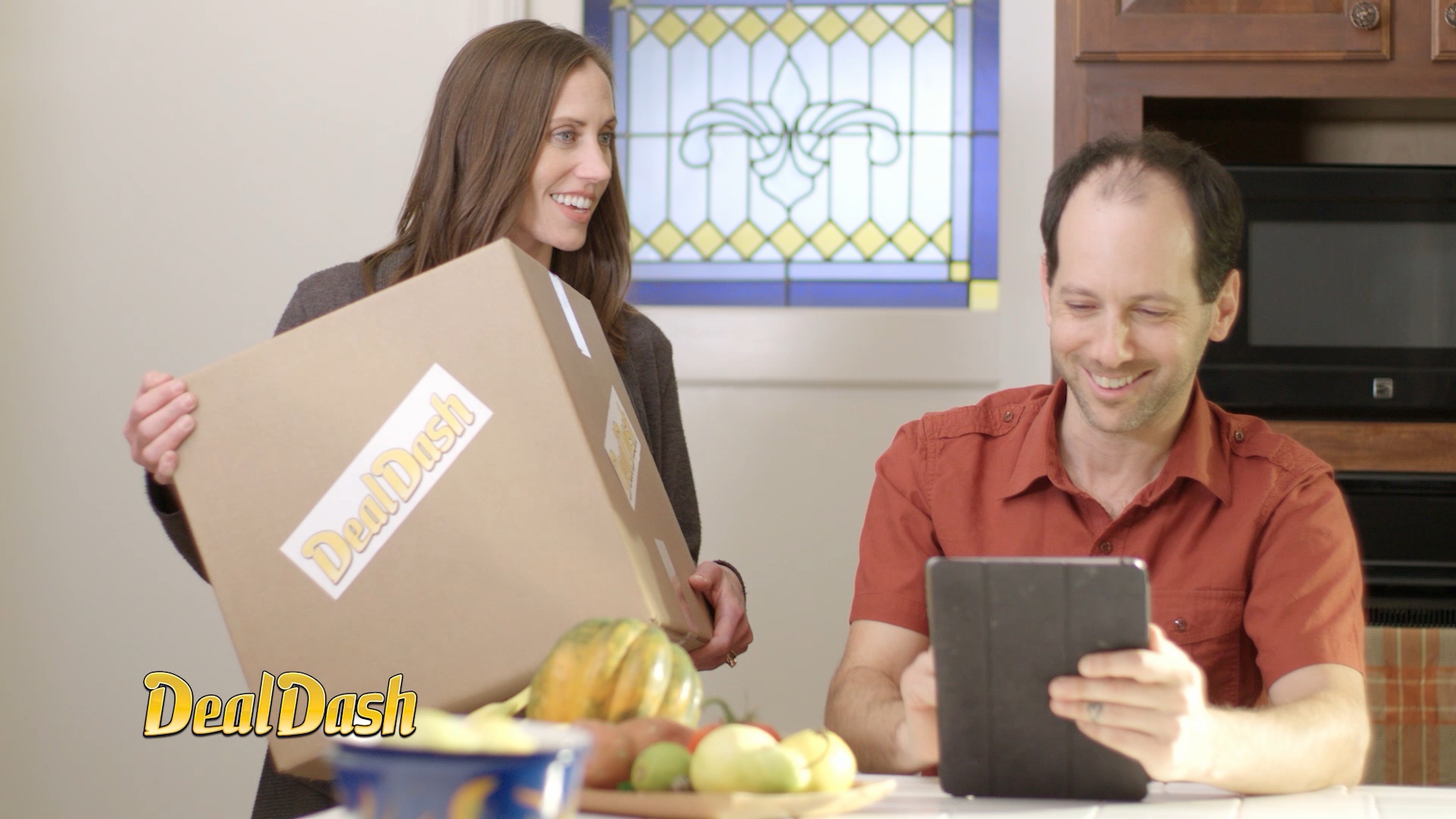 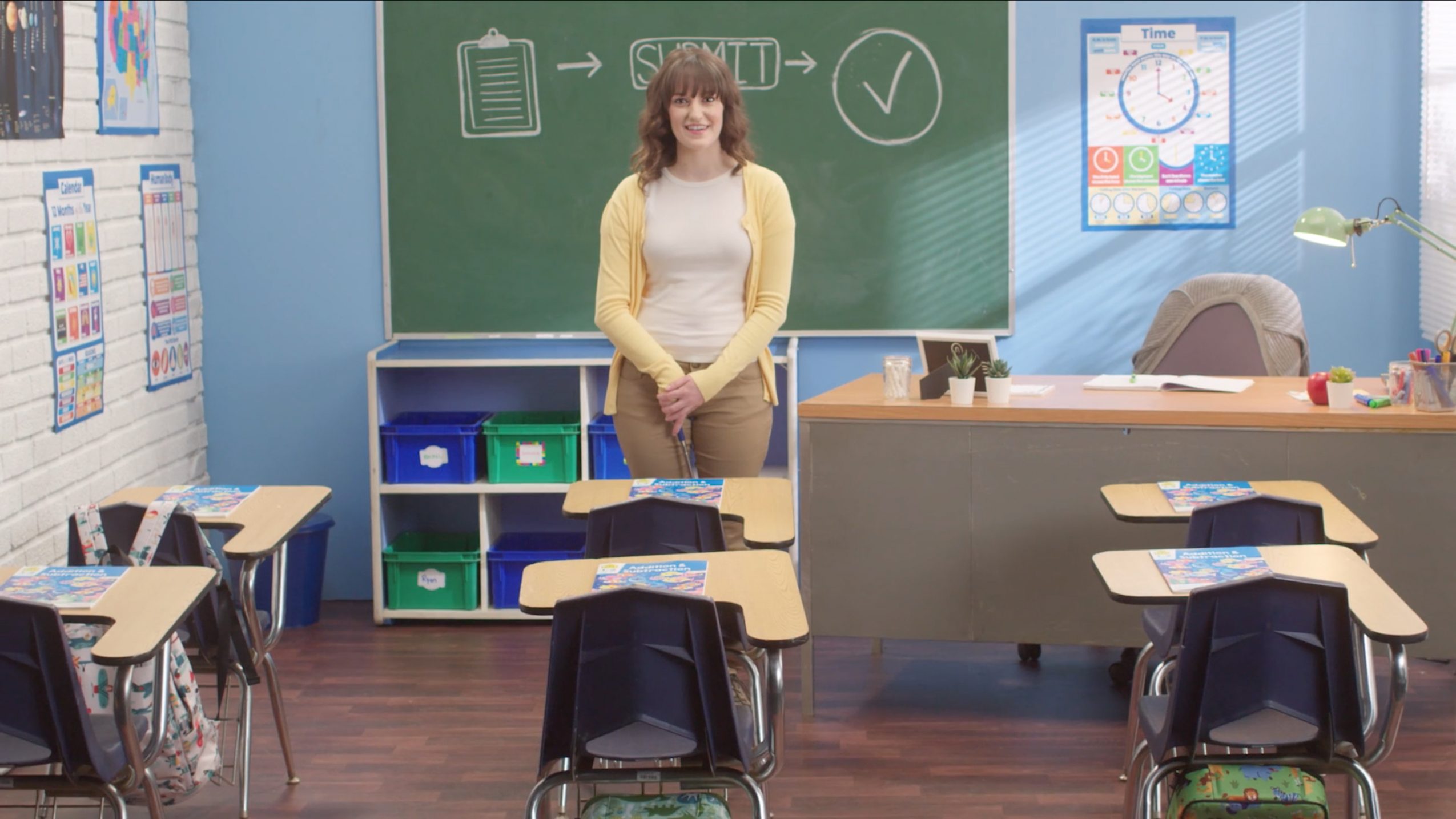