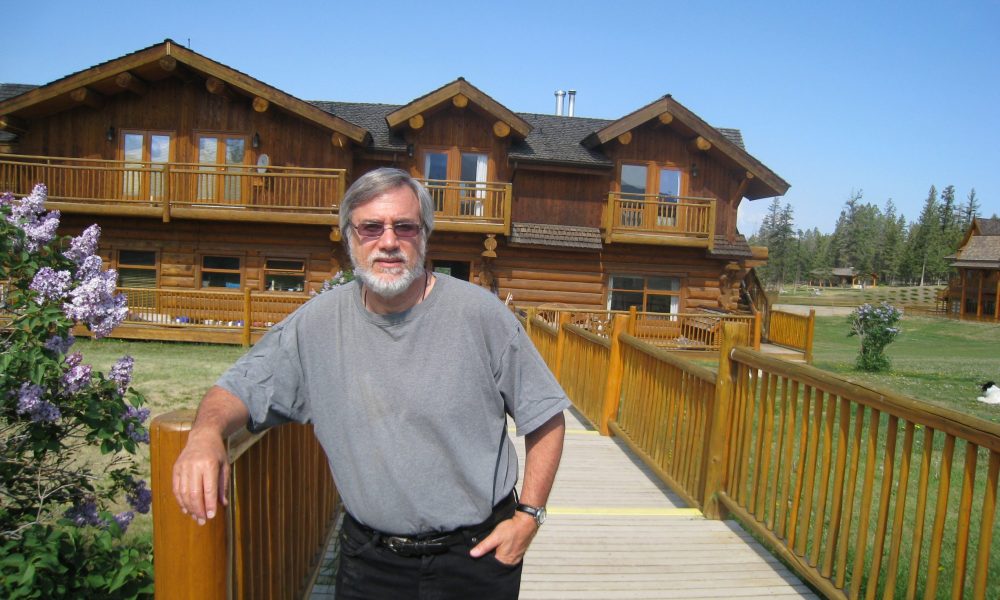 Today we’d like to introduce you to Lawrence Grobel.

Lawrence, can you briefly walk us through your story – how you started and how you got to where you are today.
With the success of your published interview books, you’ve earned the epithet “The Mozart of Interviewers,” yet two of these books are fiction, and one is a memoir. Why the change?

I’ve been writing fiction since college, but after receiving such success with the interview genre, I put fiction on the back burner. But when my Polish publisher asked if she could read one of my novels, I sent her Catch a Fallen Star, about a once-famous actor who has fallen on hard times. She asked if she could publish it, and I thought, ‘Why not?’ It was my first published novel, in a language I can’t read. The next one, Begin Again Finnegan, reflected the dangers of getting close to a major star. Both novels deal with “What Ifs”: In Fallen Star, it’s: What If your ex-wife attempts to kill your best friend? And What If your failing career could be turned around by an act of violence? With Finnegan, it’s: What If your movie star best friend commits a terrible act and asks you to be his alibi?

Both of them have main characters who are actors. Is Hollywood your Muse?
It’s really what I know, having interviewed actors for most of my professional life for magazines like Playboy, Rolling Stone, Details, Premiere, The Saturday Evening Post, etc. I know how screwed up they can be, how funny, how scared, how insecure, and how unique. Since I’ve thought about actors and acting quite a bit, I framed my stories around that profession.

What about the memoir, You Show Me Yours? Is it about you or about the stars you’ve interviewed?
Well, I felt the only way I could write about the stars I’ve known was to present it from my point-of-view. In other words, I had to tell my story first, how I got from Brooklyn to Brando. So I wrote about growing up as a street kid, my fights with my sister, my sexual awakening with older women, meeting Bobby Kennedy when I was 15 and he was the Attorney General, marching with Martin Luther King in Mississippi, serving three years in the Peace Corps in Ghana, then traveling throughout Europe and Asia to see the world, then getting involved in the New Journalism of the ‘60s, interviewing Mae West, Linus Pauling, Ray Bradbury, Warren Beatty, Lucille Ball, Jane Fonda and finally, for Playboy, Barbra Streisand.

My year with Streisand became a full chapter in the book and I’m sure she will not be happy about it– the late night phone calls, the arguments, the compromises. That’s all chronicled in the book. And that led to my doing Dolly Parton, where I got to travel around West Virginia on her bus, and then to Marlon Brando on his island in Tahiti.

You published a book of conversations with Al Pacino with Simon & Schuster. Now you’ve written “I Want You In My Movie!” a book about Pacino’s five-year obsession making his small film about Oscar Wilde and Salome. Yes, it’s done in journal form, so you really get to see what happened on an almost day-to-day basis for the first few years when he was so involved with trying to figure out what the movie was about. I traveled with him to Europe—to London, Dublin and Paris. We went to the desert together and to Las Vegas. I took notes and photographs. I wanted to write a book that really shows the creative process of someone like Pacino, who was the actor, director, co-producer and primary cheerleader of the project.

You’ve published two previous collections of your magazine pieces (Above the Line and Endangered Species). Now you’re putting out ICONS—15 profiles of some very famous people. Were these previously published?
Yes, in a Polish magazine called Trendy. I got to meet the publisher and editor when I was in Poland and he offered me a free hand to write from a personal POV with no word restrictions. So I took advantage of that freedom and wrote about my time with Robert De Niro, who called me a Judas after our interview in Playboy appeared; with Angelina Jolie, Nicole Kidman, Halle Berry, Cameron Diaz, Sharon Stone, and Kim Basinger—all of whom came to my house to talk; with Jodie Foster and Anthony Hopkins—The Silence of the Lamb’s Clarice Starling and Hannibal Lecter; with Red Hot Chili Pepper Anthony Kiedis, whom I’ve known since he was 2 years old.

With Penelope Cruz, who takes amazing photos, especially the one Trendy used on the cover; with Jack Nicholson, who had shredded money in his ashtray; and with Tom Waits, who was an interesting challenge because I hadn’t met him, but I listen to him religiously. I wrote them all in the last year-and-a-half, and just decided to put them all in one book—along with the magazine’s covers–and offer them to anyone interested in reading about them—in English!

Madonna Paints a Mustache is a collection of short poems about celebrities. These going to get you in trouble? I hope not. They’re all in good fun. I’ve been writing them for years, since my first celebrity interview with Mae West. There’s about 150 now, so why not release them?

And then, there’s your satire on yoga, Yoga? No, Shmoga! Why Shmoga? Because that’s what my Jewish uncle would say if you asked him about yoga. “Yoga, Shmoga.” And having a wife who has been doing yoga all her life, and two daughters who are into it, I thought it only fitting that I write about my unfitness, my anti-yoga manifesto. I laughed writing every chapter. My agent refused to even look at it. He said I was a serious writer and shouldn’t be writing something like this, so he’s no longer my agent.

Is that why you decided to put out these new books yourself, without going to major publishers first?
Yes, that’s part of it. Why should I let agents or publishers determine what I should or should not write? I’d rather write what I want and put it out in the world. Also, I feel strongly about the quality of my work, and I wanted to retain complete artistic control over it; I don’t want to have to alter anything to please a publisher’s whims. Amazon gives me that autonomy. I also feel that the future has arrived with e-books, and Amazon is the leader in that field.

And as I look back on my experience with my eleven previously published books with Scribners, NAL, Random House, Hyperion, Da Capo, Simon and Schuster, and the University of Mississippi Press, I found that most of them came about through my own hustle, and the publishers and agents did little but handle the details. So, I just took a deep breath and went for what I wanted to write, and decided to eliminate the middlemen. I’m following a noble tradition of writers who have self-published, among them James Joyce, Marcel Proust, Gertrude Stein, Ezra Pound, Mark Twain, Virginia Woolf, Walt Whitman, Edgar Allen Poe, John Grisham, and Beatrix Potter. Pretty good examples of people who believed in themselves. Now we’ll see how it works out.

What can you tell us about the four books that have been previously published?
I wrote Conversations with Capote 33 years ago, and it’s never been out of print; I still get royalties from the German, Italian, French and Japanese editions. For Conversations with Michener, I saw him over a period of 17 years, in Florida, New York, Maine, Texas and California. In the last years, I was a guest in his home and we’d sometimes talk through the night. I was amazed at how prescient he was about so many things, from politics to Islam, from terrorism to racism, from education to sports. His take on the Supreme Court, Hillary Clinton, Mexico and China hold up very well. The Hustons covers the entire family, from patriarch Walter in Vaudeville to director John in early Hollywood, and Angelica, Tony and Danny today.

There are some great gambling stories; hilarious and sometimes vicious pranks; major falling-outs. It’s a story filled with much drama and tension. I had an insider’s access to everyone who worked or knew John Huston because he told them all to talk to me.

Conversations with Brando reflects the ten days I spent on his Tahitian Island, finally getting him to break his usual code of silence. He hadn’t done an in-depth interview since Truman Capote saw him during Sayonara, 25 years before. It’s kind of fascinating making connections between these four subjects: Capote interviewed Brando, worked with Huston on Beat the Devil, and had the same publisher as Michener. Brando worked with Huston on Reflections in a Golden Eye, starred in Michener’s Sayonara, and knew Capote.

Michener wrote the introduction to my Capote book, gave the galleys of my Huston book away as a prize to his top student, and called my Brando book “frightening” and “scary” because it showed Marlon to be “more fearless than the rest of us dare to be.”

I’m very proud of all of these books, and welcome readers’ feedback. I take their comments to heart and always respond personally.

Has it been a smooth road?
I started freelancing after I returned from the Peace Corps in the early 1970s. I managed to write articles for a wide variety of newspapers and magazines, including the New York Times and Newsday, and Playboy and Rolling Stone.

But it’s never been easy. I once figured out that of all the queries I sent out to editors, only about 10% of them led to assignments. But that’s always been the challenge: to come up with good ideas, and then to execute them. It’s not easy to freelance, but if you can somehow make a living from it, it’s the best job in the world, because you’re your own boss.

So, as you know, we’re impressed with writer – tell our readers more, for example what you’re most proud of as a company and what sets you apart from others.
I hope you can read all that I put in two boxes ago because that should answer this. I’m probably best known for my in-depth interviews with some of the most difficult and reclusive people in the world. Having spent ten days alone with Marlon Brando on his Tahitian island, and 9 months interviewing Barbra Streisand, and some intense times with Gov. Jesse Ventura, Patty Hearst after her release from jail, and Coach Bob Knight after he got fired from coaching Indiana basketball, I earned a reputation as someone who never gave up until the story was done.

Hard to know what sets me apart from others, but it must be something about my easy-going nature that allows people who normally don’t talk to open up.

Let’s touch on your thoughts about our city – what do you like the most and least?
I went to UCLA in the 60s and returned after some years away. I’ve always liked L.A. for the weather, the proximity to the ocean and the mountains, to the golf courses and the freeways that take me often to northern California where one of my daughters lives.

I live in the Hollywood Hills, and there is still some wildlife, which is good. But what I don’t like is the traffic and the constant building. It’s more and more time consuming to go anywhere. 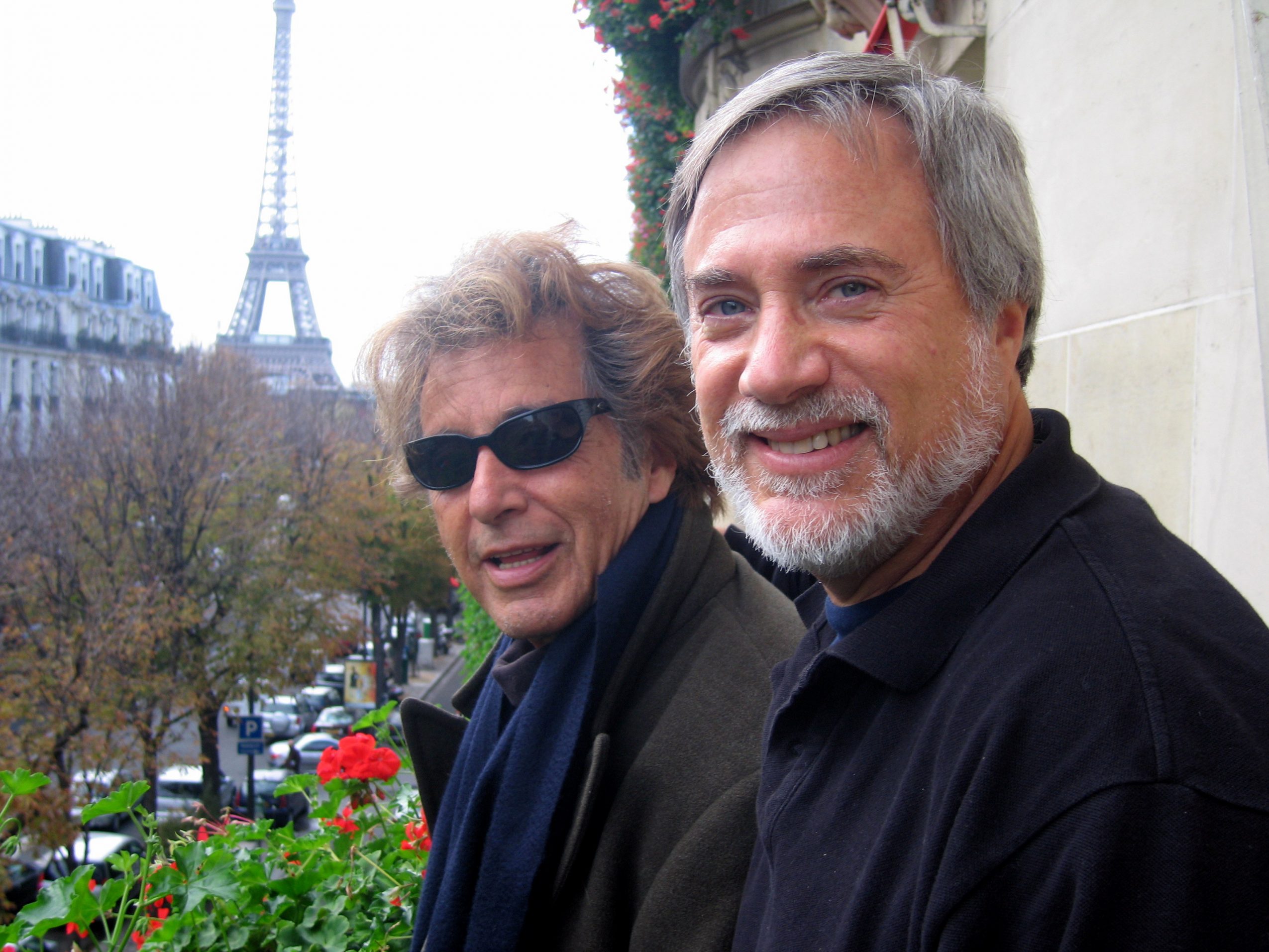 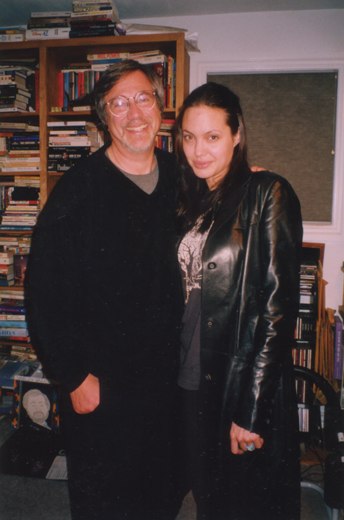 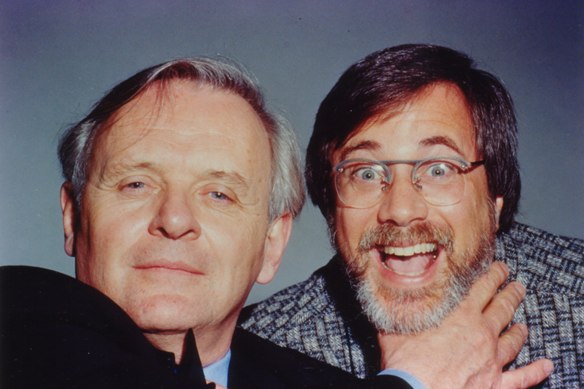 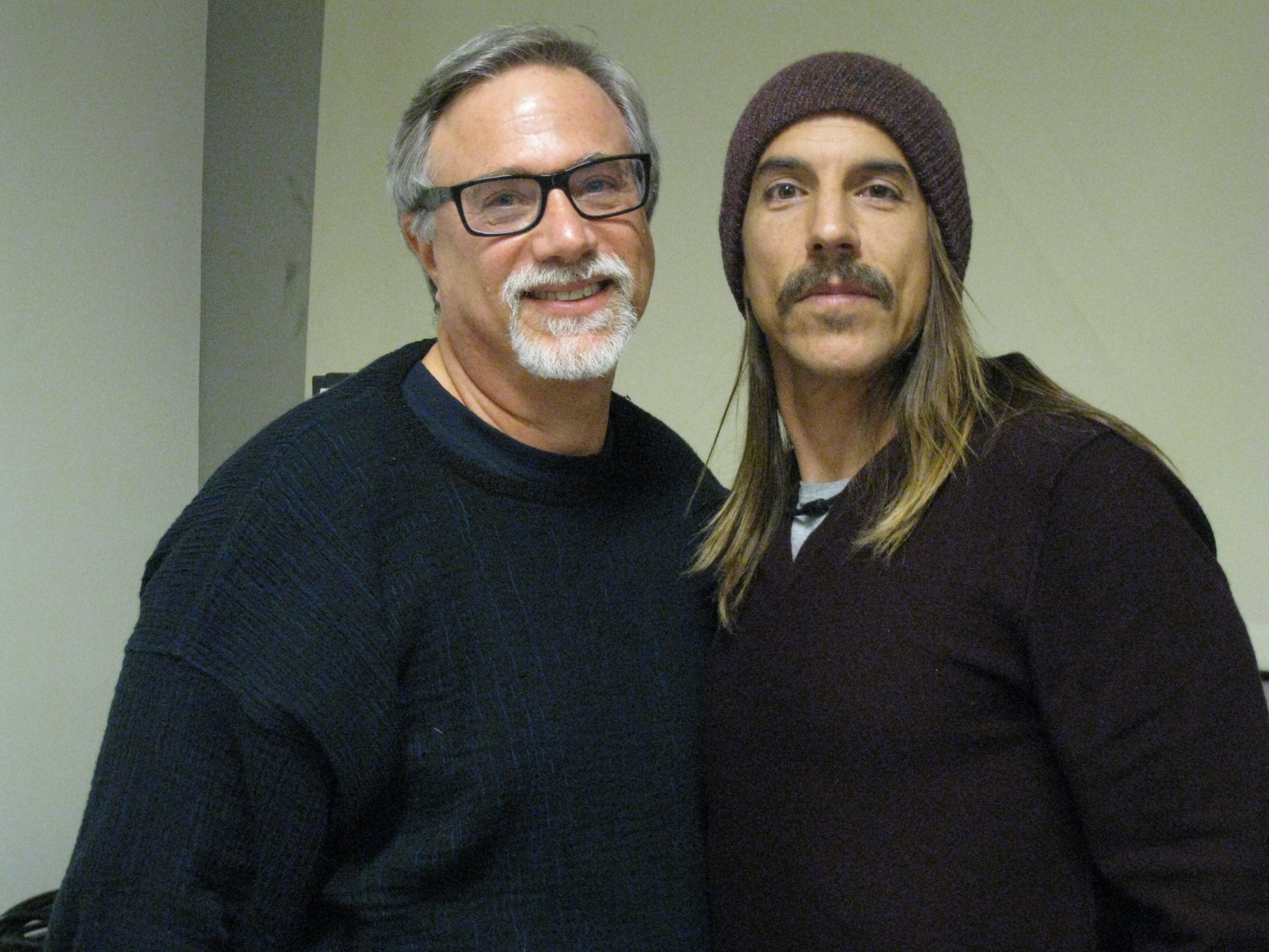 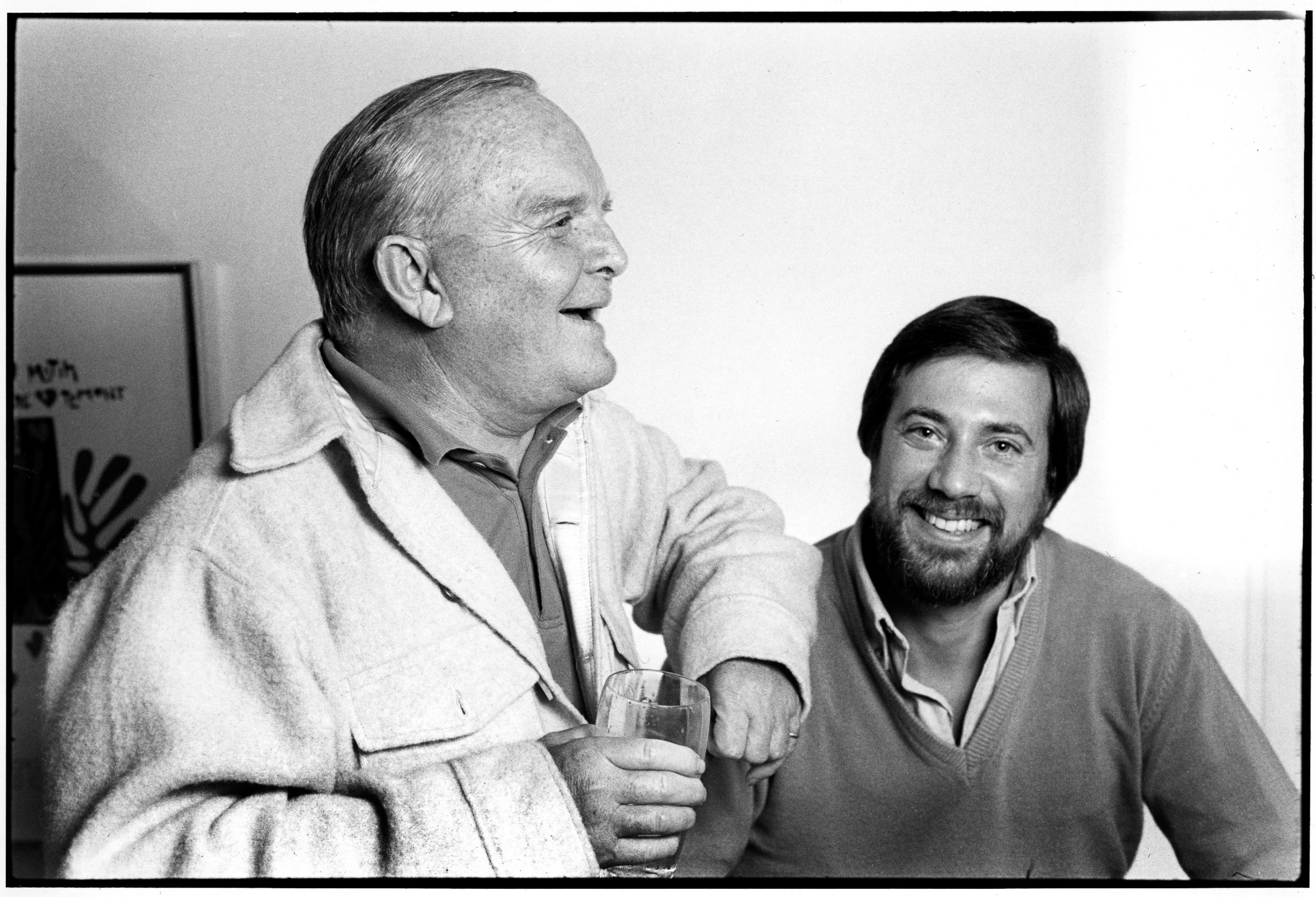 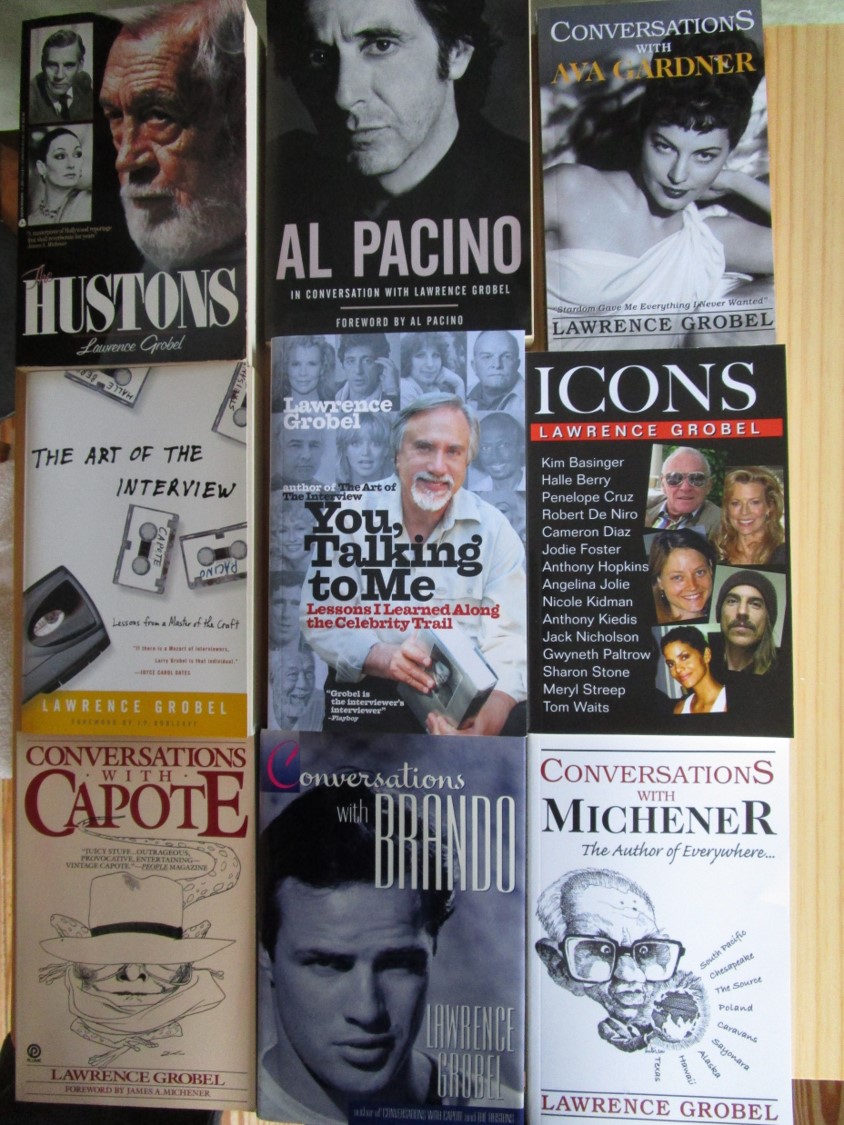 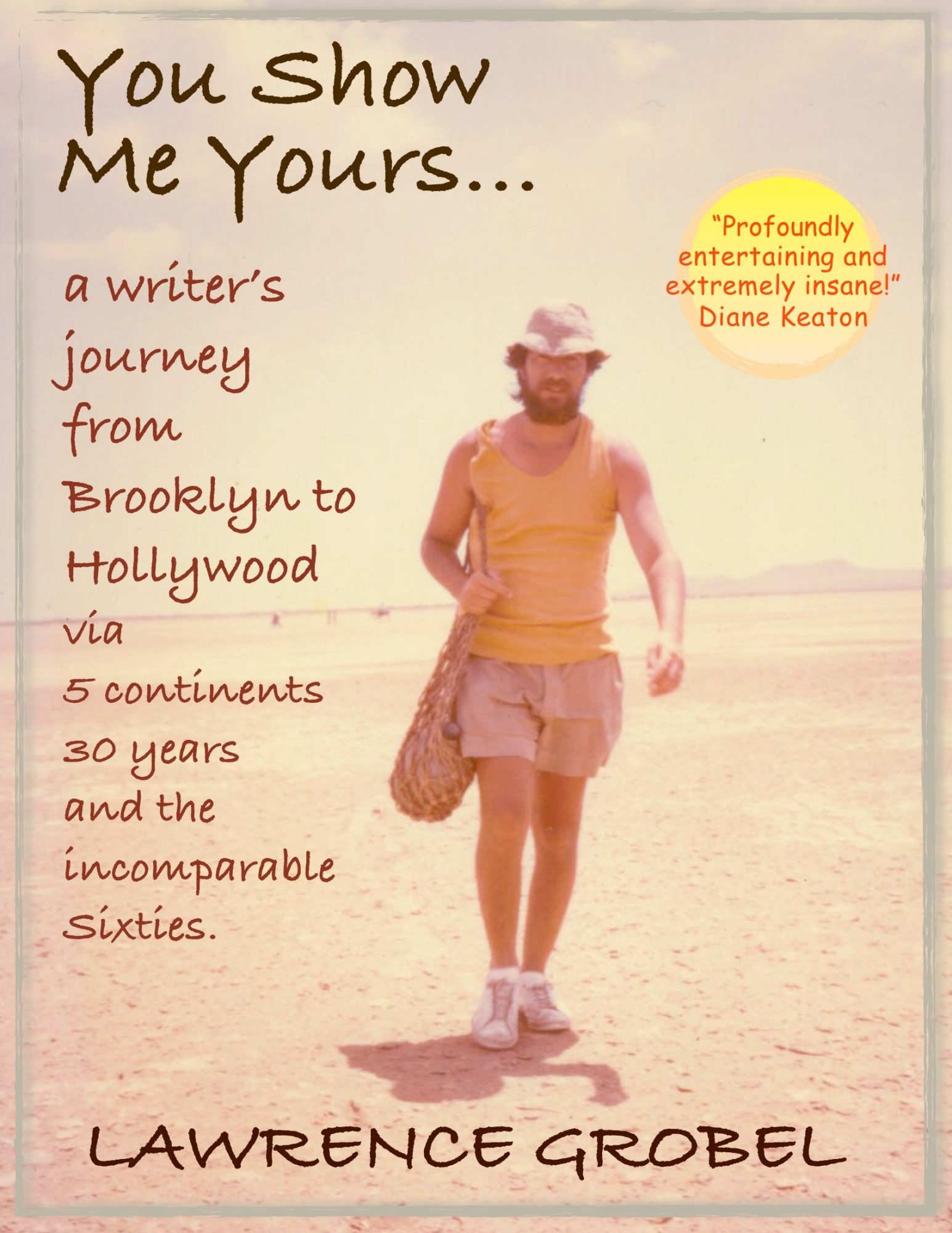 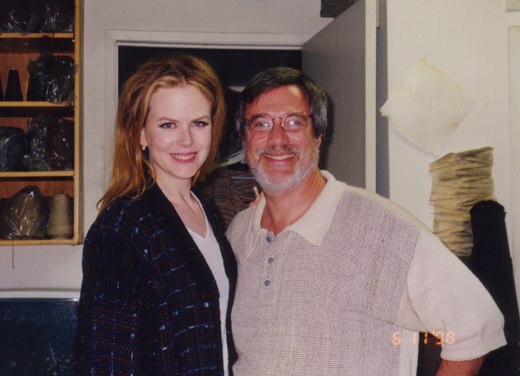