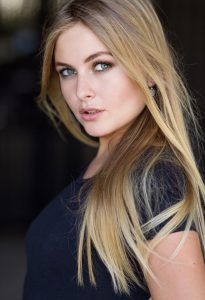 Today we’d like to introduce you to Laurine Lambert.

Laurine, can you briefly walk us through your story – how you started and how you got to where you are today.
I am from a small beach town near Amsterdam The Netherlands but have always wanted to study in the USA, so I left my country at age 18 to become an international student at Santa Barbara City College for three years. I come from a family of immigrants, therefore moving across the globe by myself wasn’t such a big deal to me. Being an immigrant child of French and South African parents, I always felt like I didn’t really fit in the country where I was born.

My parents both spoke different languages, and I went to an international school hearing about ten different languages at the playground. We traveled a lot as well, so the decision to study abroad took no one by surprise. It took me a year to plan and organize my further education in California. Last year, I graduated from SBCC with a degree in Film and Television. During those three years, I learned about every process of film: screenwriting, narrative in film, cinematography, acting, sound, directing, editing and producing. The three years that I lived in the Californian coastal village Santa Barbara I had always wanted to move to the big city of LA. The city excited me because there were so many more things to do. Just passing by on my way to SB and seeing all the city lights and billboards reminded me I wanted to be there..eat donuts at 3AM, discover an Ethiopian restaurant, and stumble across strangers with different life stories.

After graduation, I moved to Mid-Wilshire. I rented my first apartment in a vintage 1920’s building close to LACMA. The neighborhood around Mid-Wilshire reminded me a bit of Europe because everything was walkable and easily accessible by taking the 50 cent DASH bus. Many days I would spend my free time just strolling around the neighborhoods around The Grove. I would stumble around bakeries on Fairfax and end up at the local library. Having just arrived in LA, my first job was, typical for a beginning actor, in a Deli/Diner while spending my free days going on auditions.

Great, so let’s dig a little deeper into the story – has it been an easy path overall and if not, what were the challenges you’ve had to overcome?
Leaving my family and country behind was definitely a hard choice. When I mentioned to people in my home country that I was studying in America, without a doubt the first thing they would say that I was living the American dream. If I added that I was working in film, their answer was that I had aimed for the ultimate Hollywood dream. This opinion annoys me because this was my personal dream, and not some glamorous intention of mine. It was an extremely difficult choice and turned out to be very hard work. Being on a budget, I don’t have a car so it takes a lot of planning how to get to auditions, interviews and jobs. On my 2nd day in LA, I had already been booked in a music video playing the girlfriend in a boyband. It took me two buses (at 6am) to arrive on time on set in a big mansion in Malibu. It took me three hours instead of 20 minutes by car! To many auditions, I took many buses or even walked. The classic Space Station LA, where most auditions were held, I usually walked an hour through Hancock park and then took the bus to Hollywood. Of course, it was very exhausting. I always came to the audition room not sweating from nerves but from walking hours.

We’d love to hear more about your work and what you are currently focused on. What else should we know?
I’ve always been passionate about film. Theatre was one of my subjects at high school. From a young age, I would work in Dutch tv shows to gain some experience. My parents both studied and worked in the Arts. My mom was a theatre graduate and my dad is an art director. I grew up being surrounded by art, being dragged along museums and art galleries with my dad and watching, discussing and analyzing a lot of films. Being surrounded by them made me also pursue a dream that involved working in art. That’s why I studied film production. I didn’t quite know what I exactly wanted in film therefore I loved having such a broad major. In my first semester, I was working in the Arlington Theatre for Santa Barbara Opera: Carmen. I was working there as a supernumerary actor. Before that, I didn’t even know what a supernumerary was.

For months we were rehearsing in this big beautiful art deco theatre. It was such a cool experience. Moving to LA gave me a lot of opportunities. I worked on commercials, music videos, film and television, and documentaries. Some weeks I got booked a lot, other months were quiet. Overall I had a lot of opportunities. I got booked two weeks for Fast & Furious 9 as a car model that was a very fun experience. I also played in a Charles Manson’s documentary which was something completely new to me. I remember we were shooting in an old vintage Hollywood mansion on the hills. The neighbors next to us had a big Christmas party and outside you could hear Mariah Carey ‘All I want for Christmas is you’. While we were shooting, we kept hearing the song.

Do you look back particularly fondly on any memories from childhood?
My favorite childhood memory was during a holiday in Santorini, Greece. We stayed in a bed & breakfast in the countryside. At night we walked through the fields passing donkeys to go to an outdoor cinema underneath the olives trees. We were watching a family movie, surrounded by wild kittens that would sit on our laps. 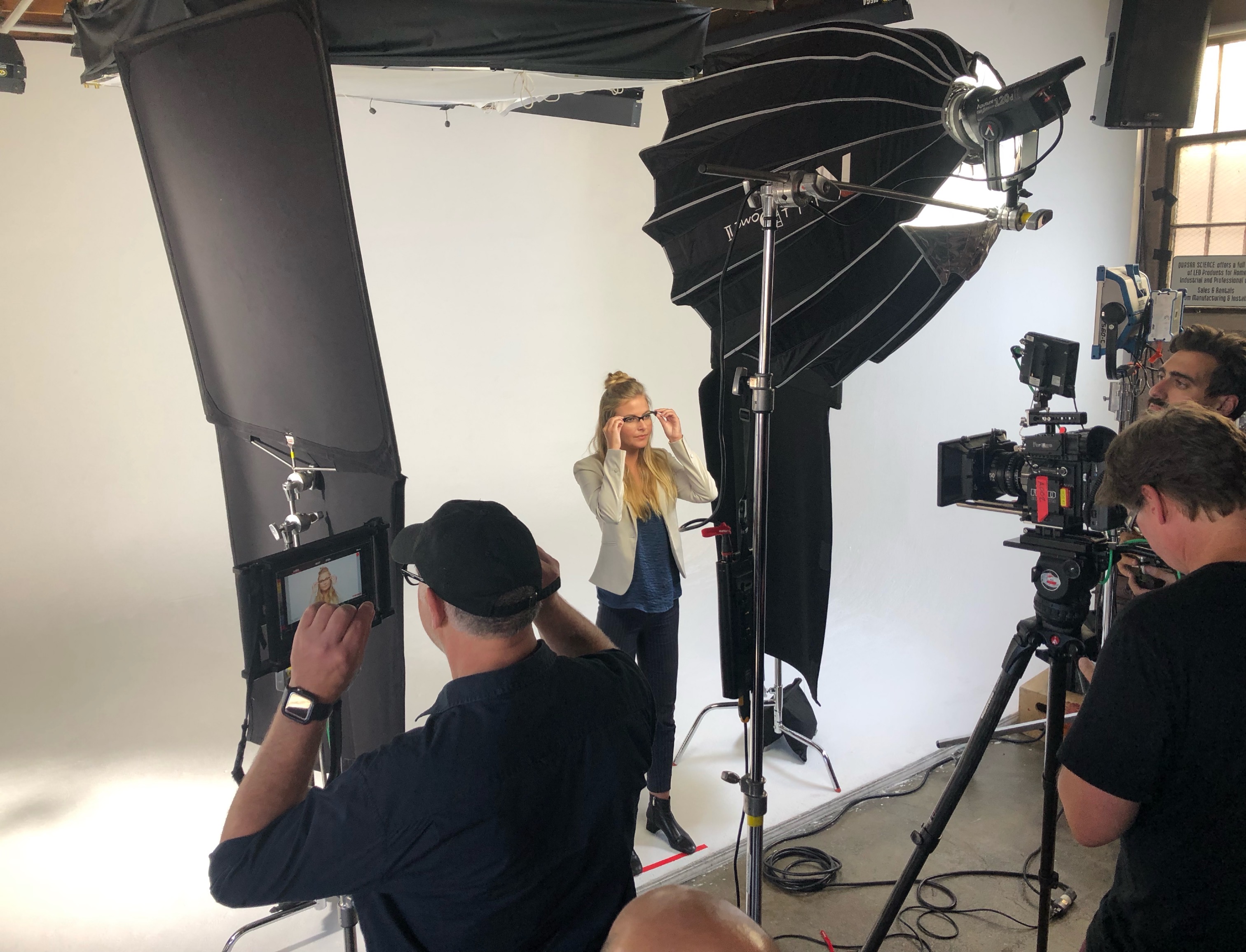 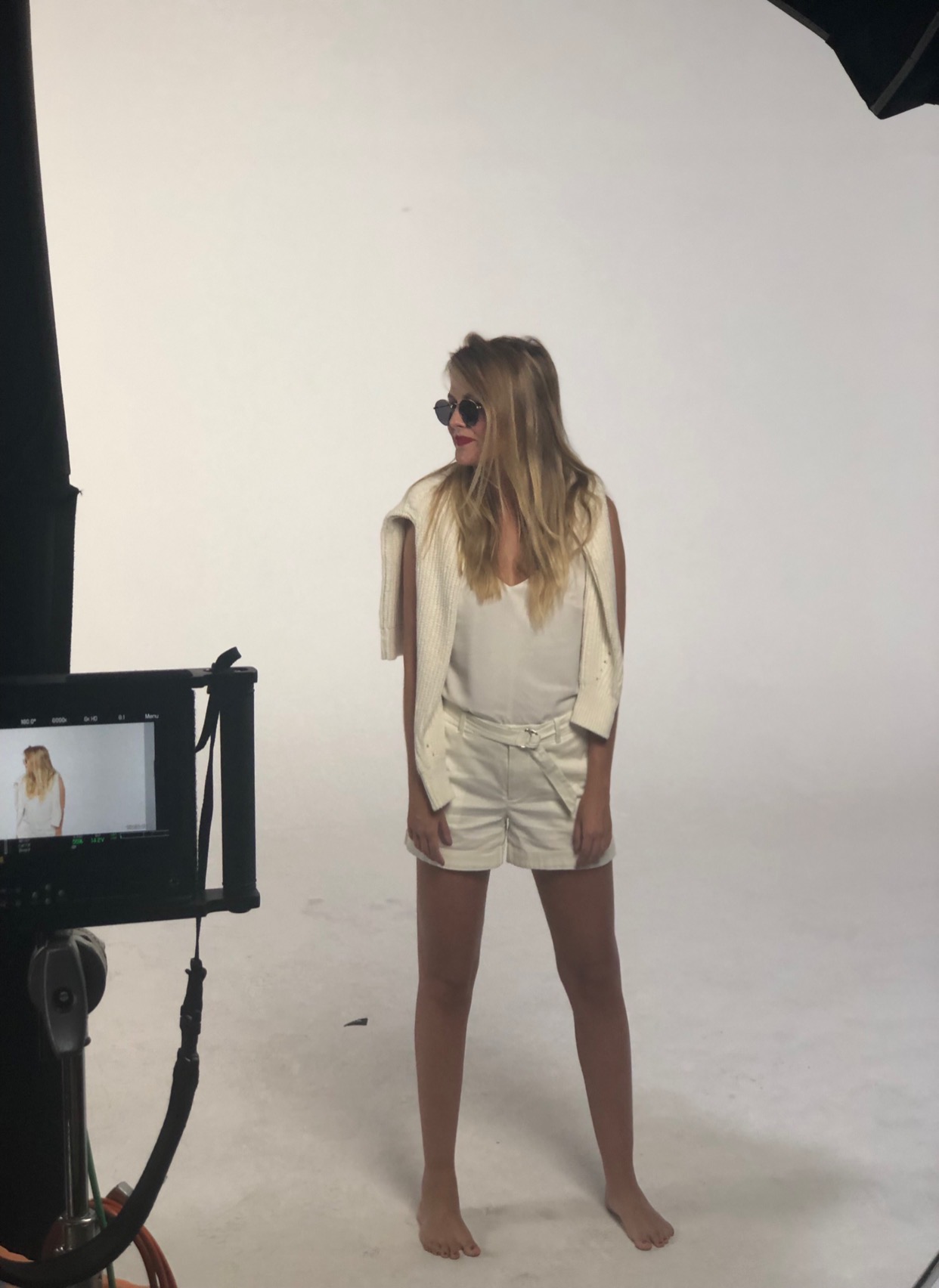 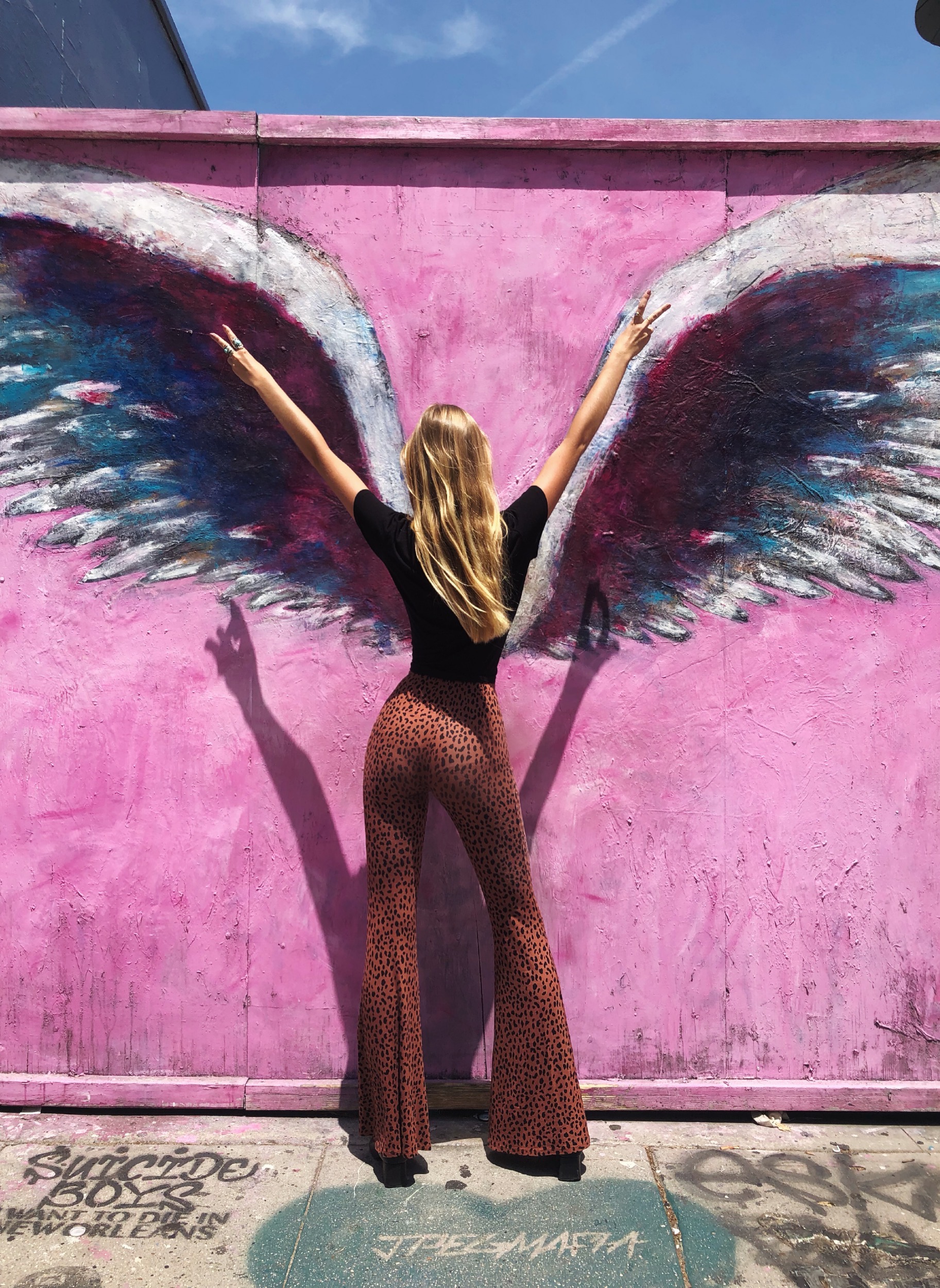 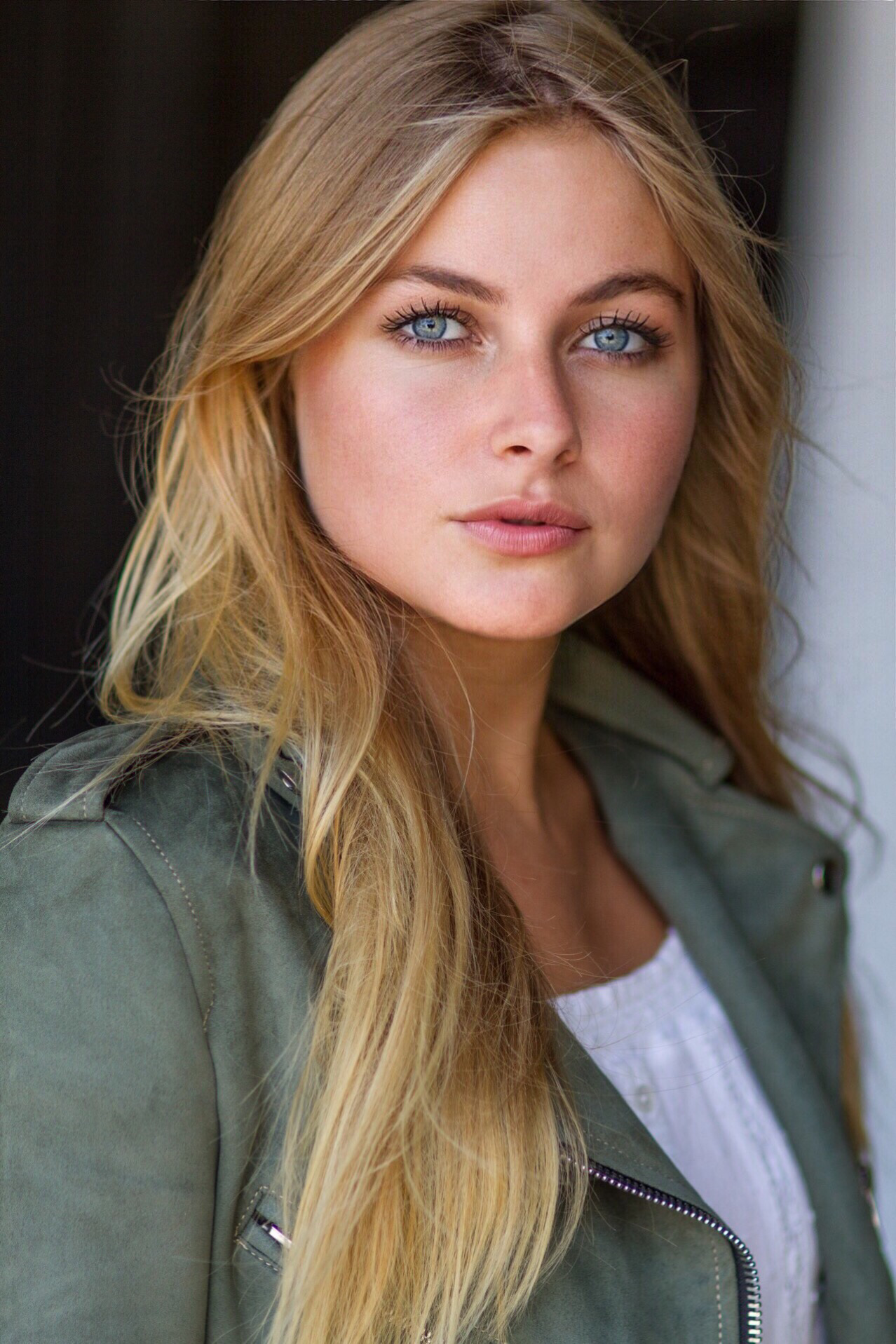 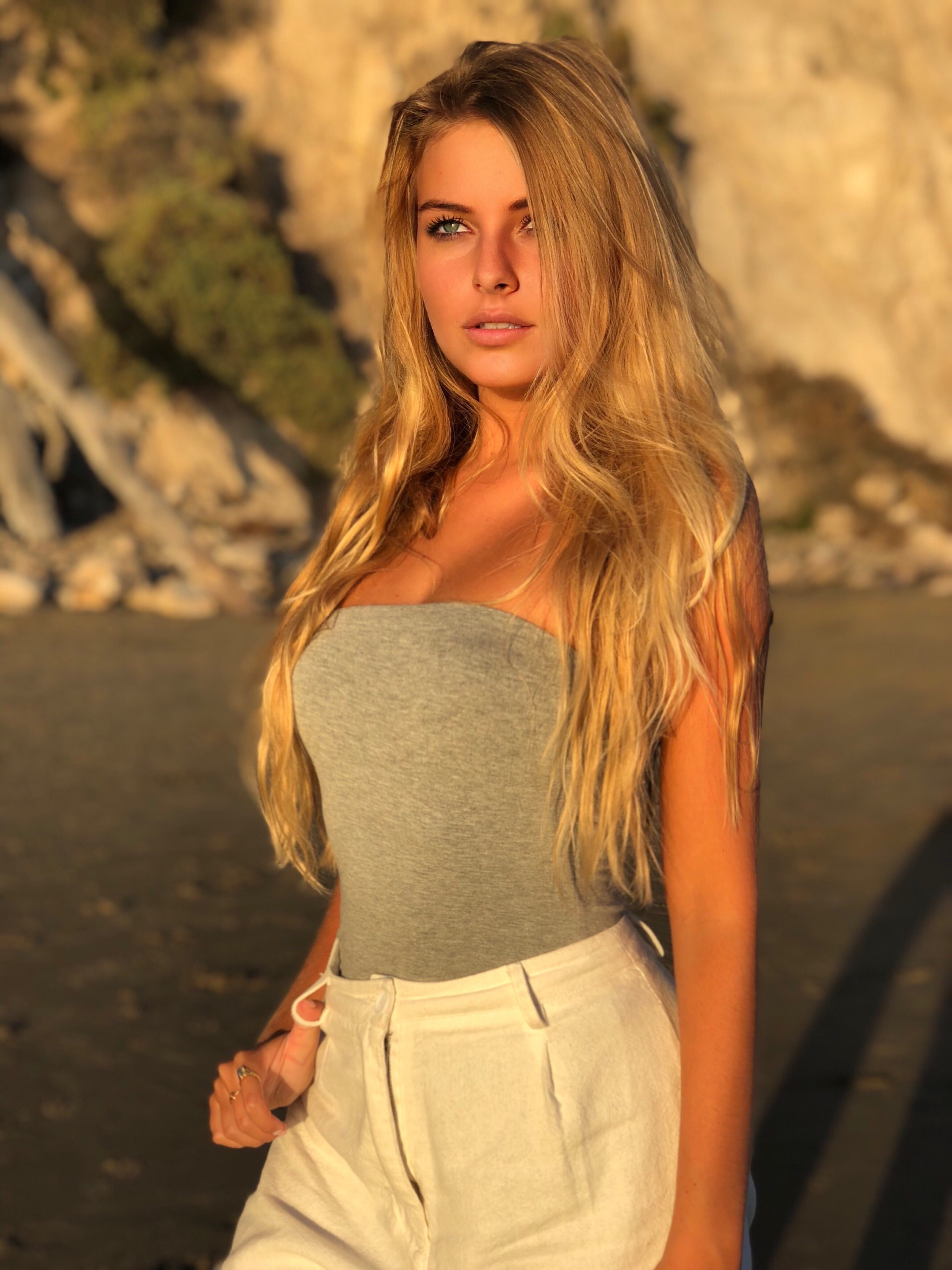 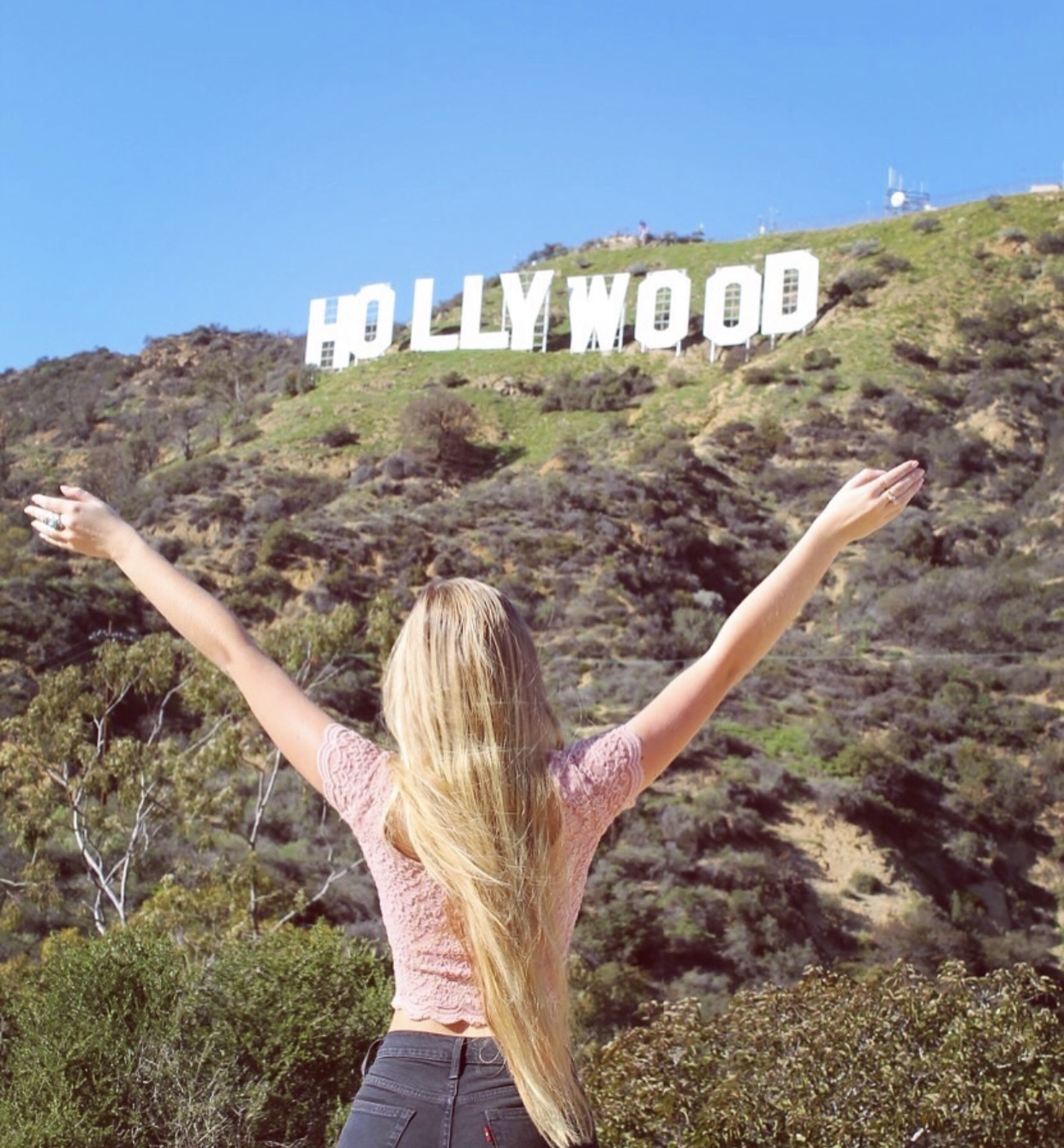