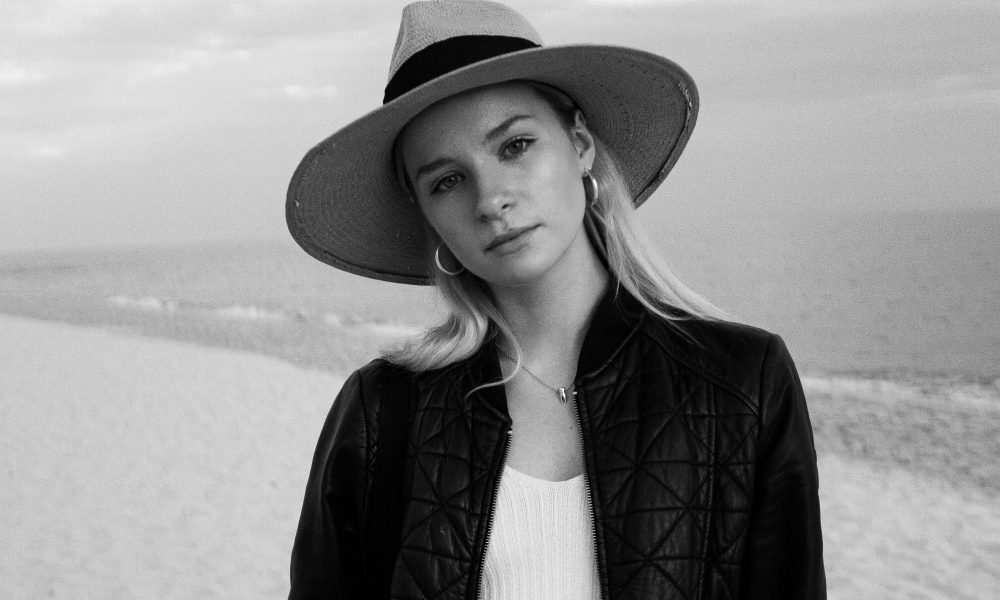 Today we’d like to introduce you to Lauren Tyler Brimeyer.

So, before we jump into specific questions, why don’t you give us some details about you and your story.
I’ve always loved films. Growing up, I’d completely suspend disbelief while watching movies and let my mind freely enter into a completely different world than my own, sometimes filled with fantasy, sometimes adventure, and sometimes just raw fun and laughter. I loved going to the movies. I also liked photography and dance and art and all kinds of creative outlets. So, it’s no wonder that, when I was in seventh grade and my parents bought me my first laptop, it became my everything, from filming to editing to a mini movie screen to flaunt my own pieces of magic for everyone to see.

With that as my starting point, I knew I was going to be part of the film industry one day and nearly every move I made – from extracurricular activities to the college I chose, to moving to LA, and accepting the jobs that I chose—had everything to do with my determination, not only to be part of this industry but also to be successful within it.

Overall, has it been relatively smooth? If not, what were some of the struggles along the way?
Just after I arrived on set for my first real film job as a PA Office Intern on an independent film at the ripe old age of 17, I was introduced to the production coordinator, who looked at me with a critical stare and said, “Look at you. So young. Get out of this industry while you still can.” I couldn’t believe she said that. But, despite the grind, I loved being there. I worked on that film for three months, stapling scripts, shuttling hard drives from Brooklyn to Manhattan, fetching coffees for production staff, and sometimes dealing with seemingly entitled personalities in the production office. From that point onwards, I knew the film industry would be demanding and that I’d have to work until my hands were numb to get to the place I knew I wanted to be in this industry, but I was happy just to learn from the onset, come what may.

In college, I took on about ten or so unpaid editing jobs each semester, on top of my school work. While most college students were out partying, I was usually up late in my room editing videos. I knew that I would learn something from each job. At the very least, I could make my mistakes on a small scale and learn some new techniques.

I’d use those very same early projects to update my portfolio, then replace them with better ones as I completed new projects. And I never stopped doing that. I do that today. I honed in on perfecting my skills and early on became known particularly for editing, and with that, more and more jobs came my way. Gradually, I improved my shooting and directing skills, and began to do more of those types of jobs as well. One client would pass me off to others. After working with my first music artist, then a label recognized me. Then I did work for them, then others, including larger companies and executives, noticed my work, and then my freelance career really took off. I had gained the trust of fellow creatives, companies, and clients through the work I had done for them, usually unpaid, and now they know the type of quality I strive for and what I can offer.

We’d love to hear more about your work and what you are currently focused on. What else should we know?
My production company, Wicked Grit, is named after the dogged determination it takes to succeed in this industry. I had been doing business on my own for about four years, but I finally decided to centralize all my energies into one brand that encompasses the various forms of content where we’ve developed some critical expertise, namely music, fashion, and commercial content.

As the owner of a company, I pretty much have my hand in every bucket. I produce and direct most of our projects, alongside an array of incredibly talented and determined freelancers. Starting this company, I knew that there would be nothing slapdash about Wicked Grit. I wanted everything we do to be high quality and professional—it’s who I am and how I want Wicked Grit to be perceived, even if it cuts into our profits. Just as I was doing projects for free in college, I knew that one good quality production would lead to another challenge, which is exactly what Wicked Grit is all about.

To that end, all the people we hire on various productions at Wicked Grit are hungry. I want to work with people who are just as passionate as I am about growing as creatives and hustling to create the next great piece we all can be proud to show to the world. Every set, every production, every delivery, is well-considered and executed with proficiency, precision and professionalism. Throw some creativity in the mix, and we think that is the perfect combination for future success. I value most who I work and collaborate with, you’re only ever as good as those you surround yourself with, and these projects would be nothing without the people who have contributed to making them.

Any shoutouts? Who else deserves credit in this story – who has played a meaningful role?
Absolutely! First, I wouldn’t be anywhere without the support and trust of my parents. Not all parents have faith that their child can succeed in a highly competitive, artistic career, like film. They not only had endless faith in me, but they have encouraged me every step of the way. Sometimes I think they had more faith in me than I did, for which I will be forever grateful.

I’d also have to give much of the credit for my professionalism and perfectionism to my best friend in college, Jack Bushell. Jack was, and is, the guiding light of my career, providing constant energy and insight into my creative process and finished products. As a creative director and producer in his own right, Jack has been an inspiring influence of mine from day one. We spent night after night in college watching Vimeo Staff Picks, meticulously analyzing them and teaching ourselves such things as motion graphics techniques, writing script ideas, and a laundry list of to-dos and not to-dos.

Our abiding mantra was, as it is now, “It’s what you do in the dark that puts you in the light.” When a project seemed too complex when we were completely drained and worked to the bone, we would remind each other of why we were doing this, and together we would march on, determined to drive ourselves to succeed in this business.

And there are countless others, too many to mention, that have contributed pieces to who I am today, and I know I will meet many more people in the future who will contribute a piece of insight, advice and creative direction as life moves on. I love to challenge myself and will never be too proud to accept the words of wisdom or learn from the talents of those who I discover along this yellow brick road. 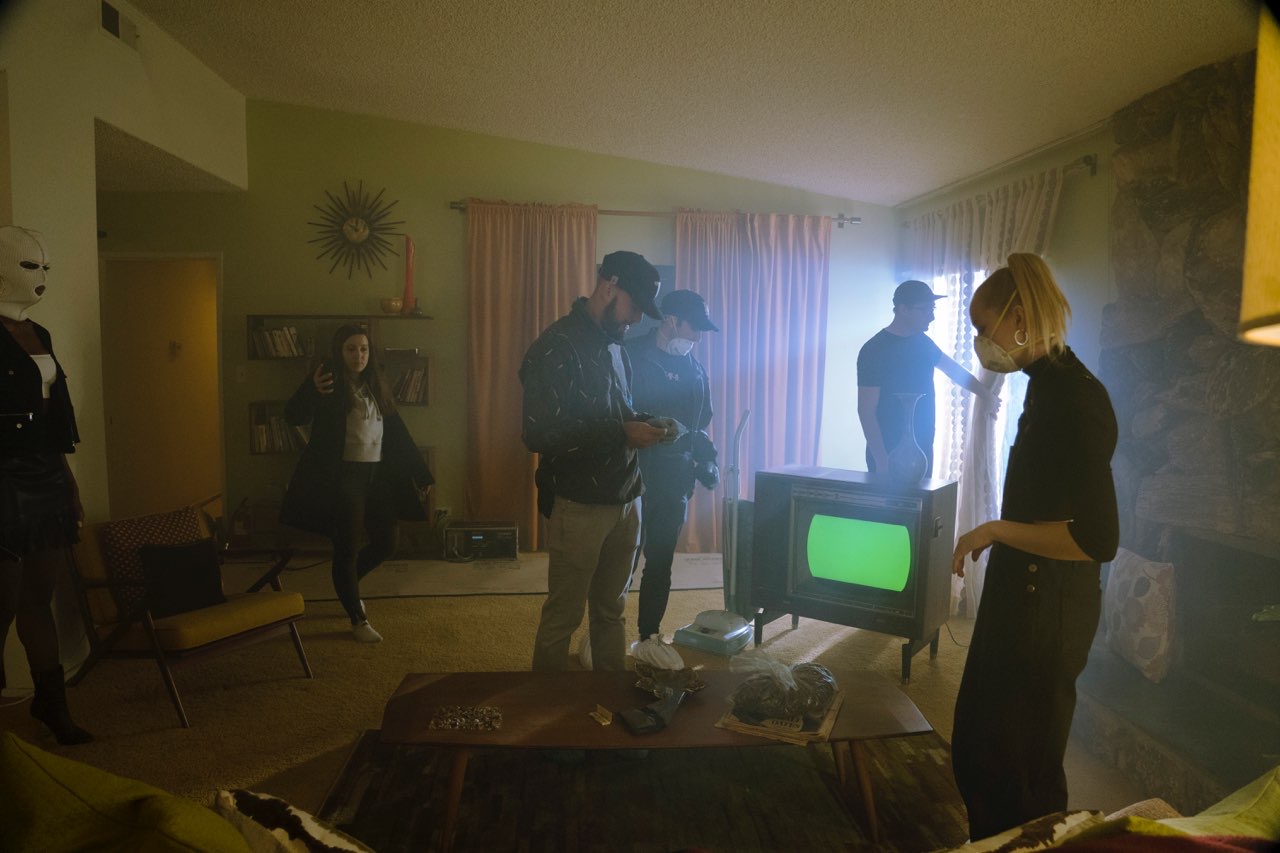 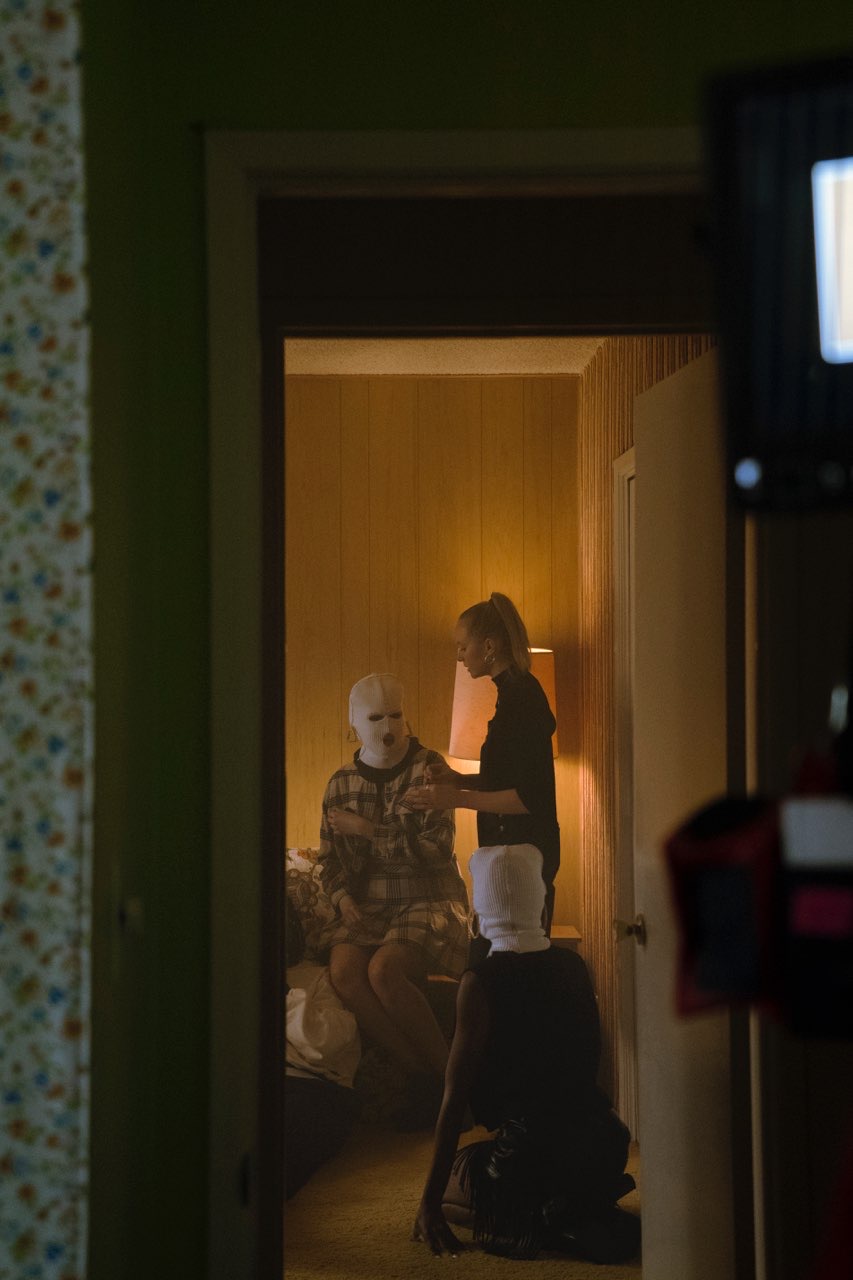 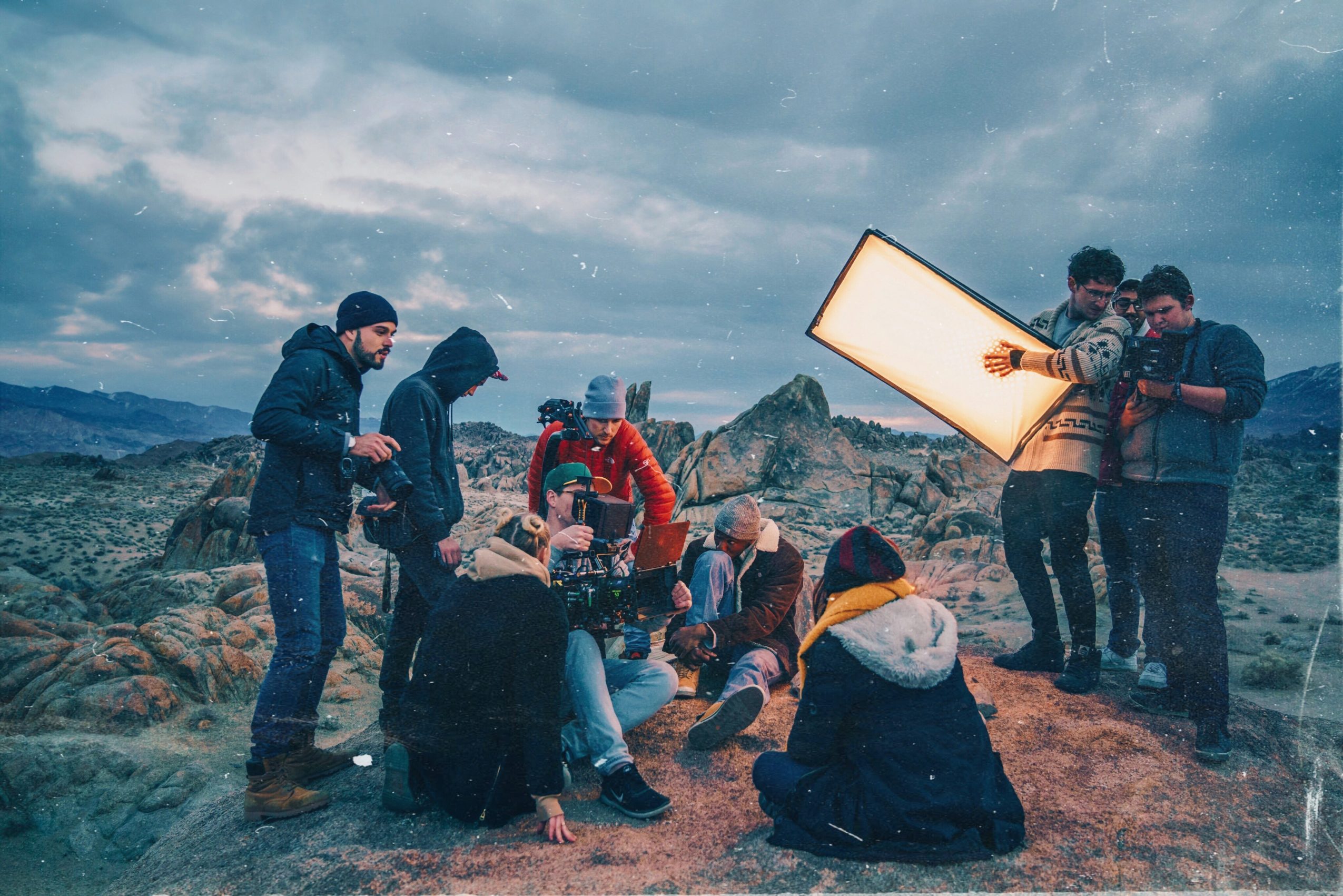 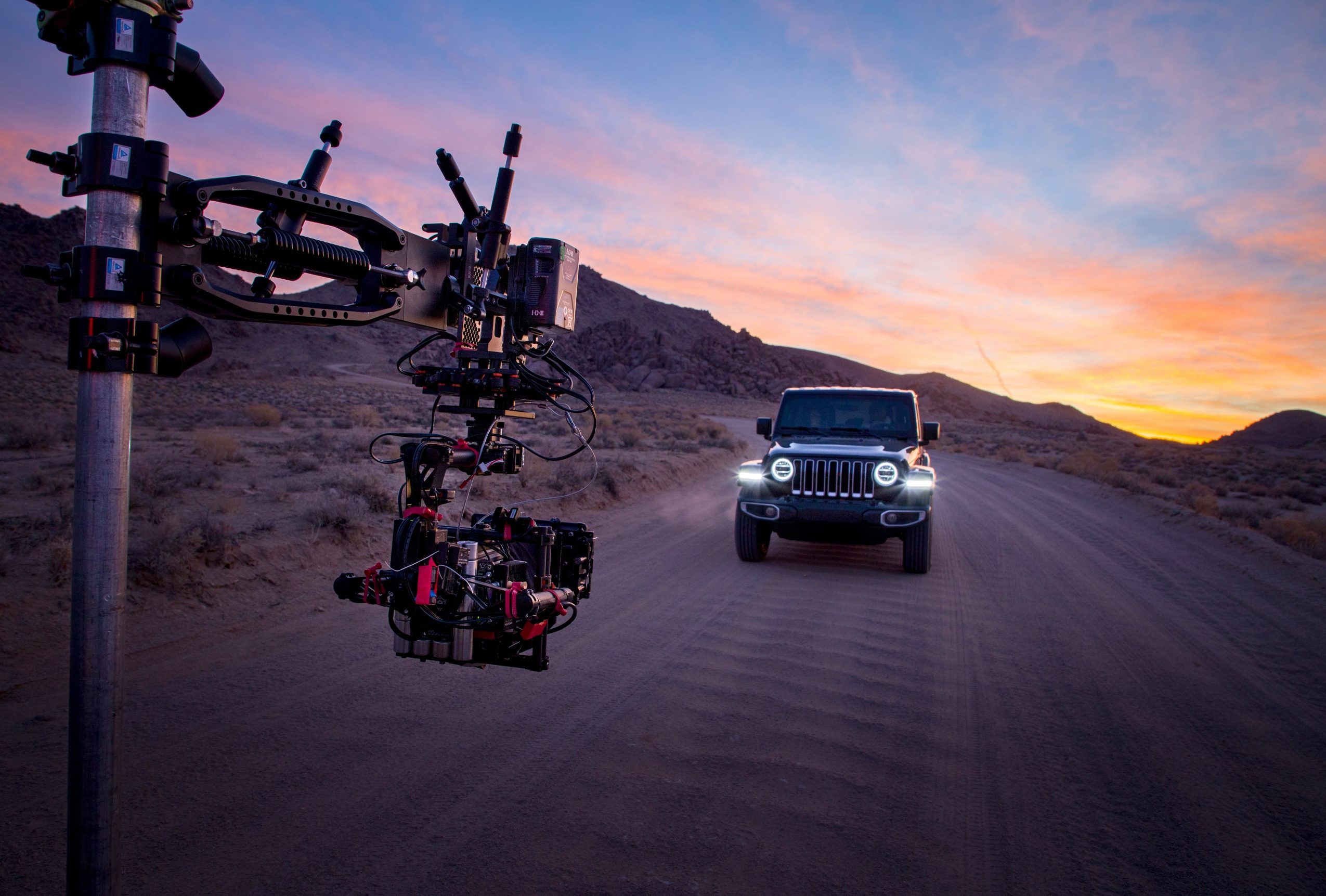 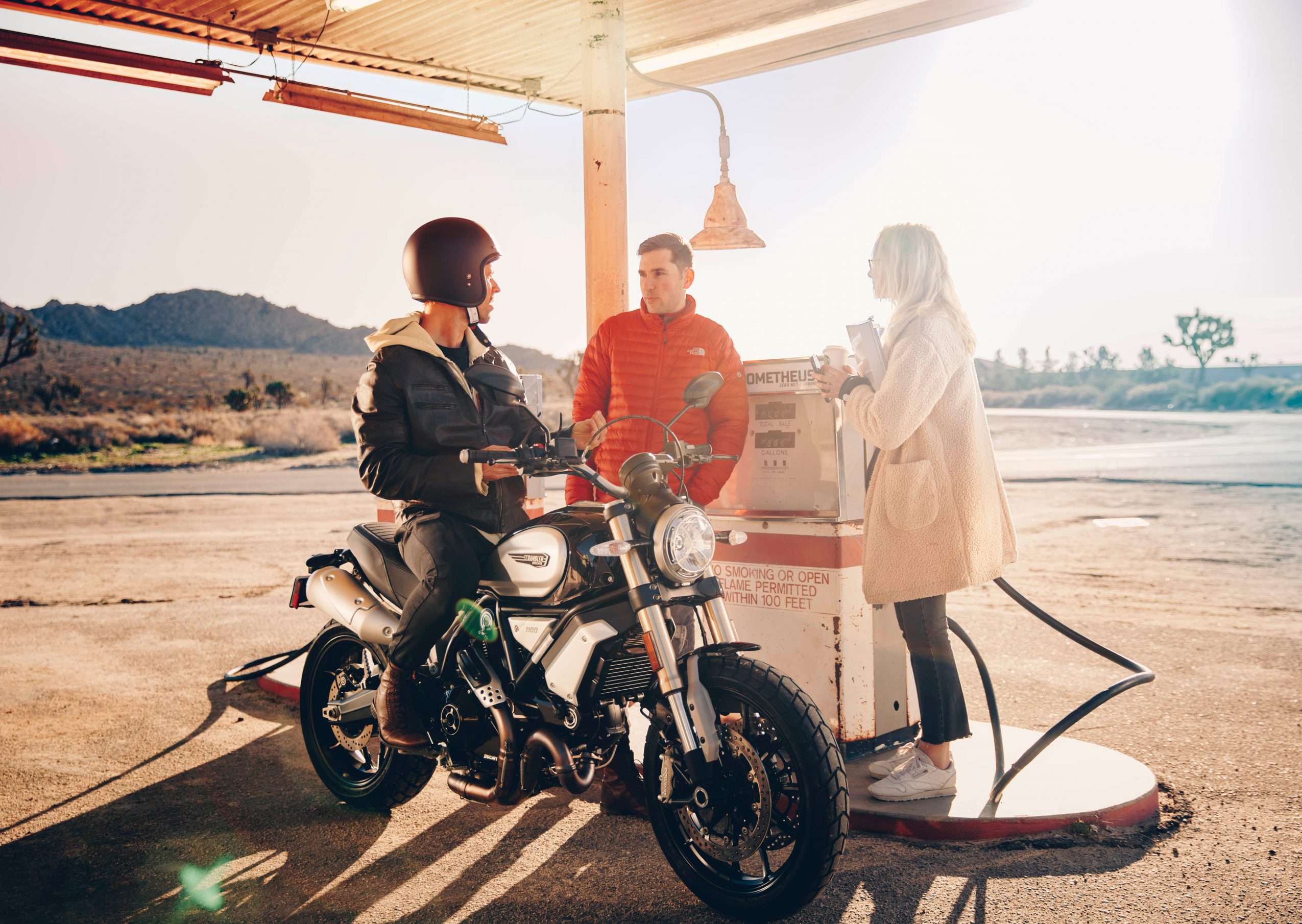