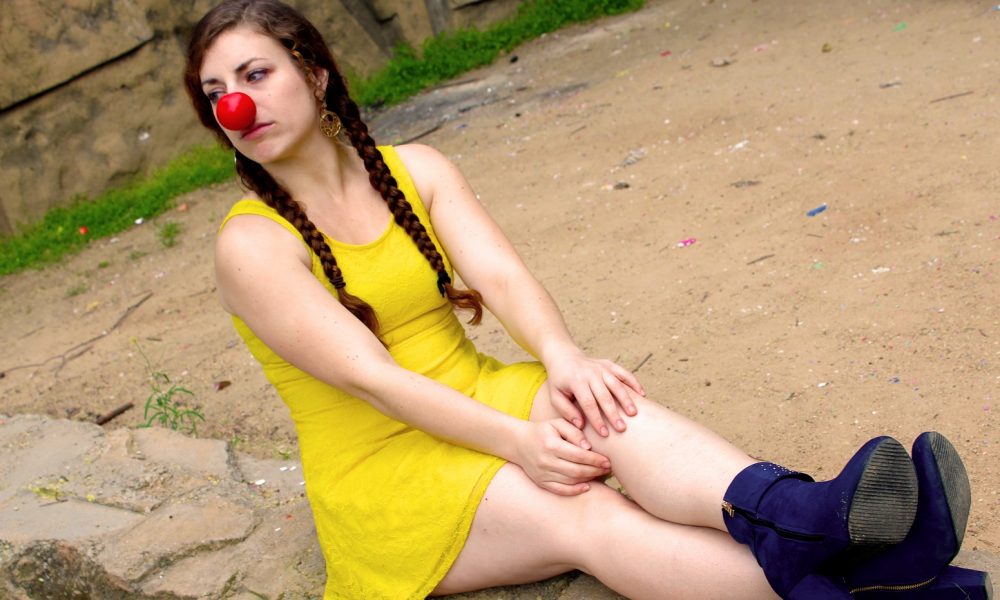 Today we’d like to introduce you to Lauren Scharf.

Lauren, please share your story with us. How did you get to where you are today?
Oddly enough, my comedy journey started with Britney Spears and Christina Aguilera. Each of them were featured on different episodes of Saturday Night Live in 2000; Britney as a host and musical guest, Christina as solely the latter. At age nine, I didn’t really know the difference and couldn’t understand why Christina wasn’t in any sketches. My dad explained, “Sometimes the guests don’t want to do the funny stuff.” I remember thinking, “Why the heck wouldn’t you wanna do the funny stuff?” So I got myself into a lot of other funny stuff. I’d watch my dad’s VHS tapes of Monty Python’s Flying Circus and try to write sketches of my own for my friends to put on. My favorite show in high school was re-runs of Who’s Line Is It Anyway and I used to lie to my parents that I had to watch it as homework for drama class.

I always knew I wanted to live in LA and work in film and television, but when I learned about the Chicago comedy scene, I made sure to get over there first. I enrolled in film school at Columbia College Chicago and moved into an apartment down the street from Second City, which made it pretty easy to spend most of my time there, between interning, taking classes, or squeezing into their nightly improv sets they hold for free after each show (hot tip if you ever visit Chicago!).

For my last year of school, I was accepted into Columbia’s Semester in LA program, which was perfect because I could live in LA for a few months without having to worry about a job right away. I took classes at Groundlings, UCB, and The Pack Theater, and started writing for “Top Story! Weekly” a topical sketch show at the late, great, now devastatingly closed iO West Theater. Save for my pre-teen skit-writing, I’d never written a sketch before and did NOT follow the news, so I was really in for a challenge. But Top Story became its own institution for me; I learned how to pitch, write, and punch-up sketches, and got in the habit of following the dang news (which became super important in recent years, as you know). Eventually, I was given the role of head-writer, where I got to run the pitch meetings and put the show together each week.

When it came time to get a job, I wore a variety of hats on set and in production offices. Eventually, I came to work at America’s Funniest Home Videos as a Submission Screener, which was, by far, one of the most interesting jobs I’ve ever held. It’s like getting paid to people watch. I got to see the very eclectic batch of people this country has to offer. Even better, I got to see what people deem “funny” and just how subjective that word really is. Later on, I was promoted to a Segment Producer role on an international version of AFV called “World’s Funniest Videos.” Once WFV wrapped, I resumed freelancing for a while and took the free time and money I’d saved to work on my own creative endeavors. I built up my portfolio a bit before lo and behold, I landed back at AFV, this time in their digital department, where I work today as their Lead Content Curator. It’s still got that sweet people-watching element to it, only now I get to create content from it that I can share instantly with inquiring fans (my parents).

So that’s where I’m at: face-plants and groin-hits by day, improv, sketch, and stand-up by night. I’m not a Britney’s level yet but at least I’m doing the funny stuff.

Has it been a smooth road?
It’s daunting to look over these last few years of my career because I hit a lot of snags to get where I am, and yet it still feels like I’ve got a long way to go. There’s this constant, pressing anxiety that I’m not where I’m supposed to be and I’m not good enough to get there, and that is a chronic fear that somehow sticks by my side in both my valleys and my peaks.

It took nearly a year of odd jobs and day-playing gigs before I got a regular PA position on a TV show. I backed out of a big family reunion because I was terrified that if I left for a vacation, they’d find someone better to replace me and I’d have to go back to my weird job of wandering around suburban LA malls to try and get families to sign up their kids for what was essentially Disney Channel child-star bootcamp (to this day- worst job I’ve ever had and no amount of mall food-court samples could make it better). The reunion came and I wasn’t even on the work schedule that week. I thought a Skype call with the family would make me feel better but I was so very incorrect. They didn’t get why I couldn’t have requested the week off, or why I wasn’t working when told them I had the job, or why I was crying so much. Their concerns made sense but all that was running through my head while I (unsuccessfully) fought back tears was that I was a failure, doomed for more failures. All because of a gopher job.

This was the breakneck atmosphere I was led to believe I was working in. And what’s tough is that in some cases, it’s kind of accurate, so the fear isn’t totally misplaced. But what I was doing then, and still find myself doing now, was comparing my case to horror stories of Hollywood’s past.

Comparison is the nastiest “c” word there is; don’t let anyone tell you differently. But with each of your peers blasting out their own personal PR pages on every irresistible app, it’s easy to think you’re doing something wrong. I’m not getting paid to write, and I haven’t gotten myself in a writers room, but some of my friends have, and the stuff they write is very “this” while mine is very “that.” So that must be it: I’m a failure, doomed for more failures, right?

Well, I’ve made an excellent albeit bittersweet discovery in recent years. These friends of mine, the ones that are where I want to be, have this exact same fear. No matter the struggle or success, there’s going to be that feeling of inadequacy. Don’t get me wrong, it absolutely, 100% sucks knowing this anxiety is here for the long run, but coming to terms with it, and befriending it is what’ll drive me to the next big step.

We’d love to hear more about your work and what you are currently focused on. What else should we know?
When I was deep in the pits of job hunting, I started a YouTube channel and a weekly vlog series called “Lazy Sundays.” This was around the time publications everywhere were writing piece after piece about how lazy and unmotivated the millennial generation was because they had one of the highest unemployment and lowest homeowner rates. I wanted to show my side of it, and show all the various skills and hobbies I was honing in an effort to find work. Some of them were tutorials, others were more of a slice-of-life, but overall I just wanted to make something that I found funny. While making these videos, I told myself “Even if no one watches this, that’s ok because I’m making it for me. Even if this gets only 19 views, that’s cool, because I made it for myself and yet 19 other humans found it interesting enough to at least click on.” That mindset took the pressure off a bit.

I had a few successes with these videos (if you google “How to fix crotch-holes in my pants” I’m the first result! My parents are very proud!), and I continued doing them even when I had paying gigs. Whenever a job ended, it was great to have something productive to return to that was all under my control; no one could tell me what to do with it or decide how little or much I was allowed to work on it. Moreover, when I go back and watch the earlier videos, it’s a really nice trip back to those chapters in my life, and even though I’m always going to nit-pick what I wish I’d done at the time, I’m still genuinely proud of every video I’ve made.

I still make videos for YouTube but am working on ways to expand to other platforms, as well as add sketches and music to my content. I’m currently editing a few projects to share on Instagram and make use of their IGTV features. I recently joined TikTok and am re-learning how to be a teenager on there. But as far as social media goes, my true pride and joy is found on Twitter. My brain thinks in a series of jokes sometimes and that’s where I share all my weird little thoughts. If you want to know my voice, that’s where you gotta go.

How do you think the industry will change over the next decade?
There have been some incredible shifts in the entertainment industry in the past couple of years. “Times up” and the “Me Too” movement brought about a reckoning, and a behavioral shift in the overall workplace decorum, not just pertaining to sexual harassment but harassment in general.

My education instilled in me a high level of professionalism that I quickly learned was optional when I entered the industry seven years ago. At my first internship in LA, I routinely saw assistants get chewed out by their bosses. I had assistants tell me to never work an agent’s desk because it would absolutely crush my soul, and I believed them. It didn’t help that one of the talent managers in the office announced in what was not even a slightly hushed tone that he could never hire a female assistant because he “just couldn’t deal with their emotions” And yes, this was one of the men that routinely threw tantrums at his assistant, because those kinds of emotions are somehow more acceptable, or at least were at the time.

I’d be very curious to find out if this man stuck to his hiring standards, and if so, would he announce it to the office so loudly and proudly today as he did then? All I can say for sure is anyone who rules out any particular group in their office is doing themselves a tremendous disservice. Moreover, if a side effect of your dream job is that you have to abuse those who work beneath you, that’s a pretty shite dream. “Times Up” came about because we finally started listening to victims’ stories and letting them hold value. That’s where the change comes from, and to resist and oppress those voices is to resist growth.

My industry has made overdue leaps in the past two years but there’s still a long ways to go. I’ve heard male colleagues lament about this environmental shift and how careful they have to be to navigate it and I think, “Good. Be careful. Take the extra level of care that others have to get their seat at the table. Use it to gain perspective.” Anyone who views this revolution in entertainment as a nuisance needs to double check their privilege, or they’ll be left behind. 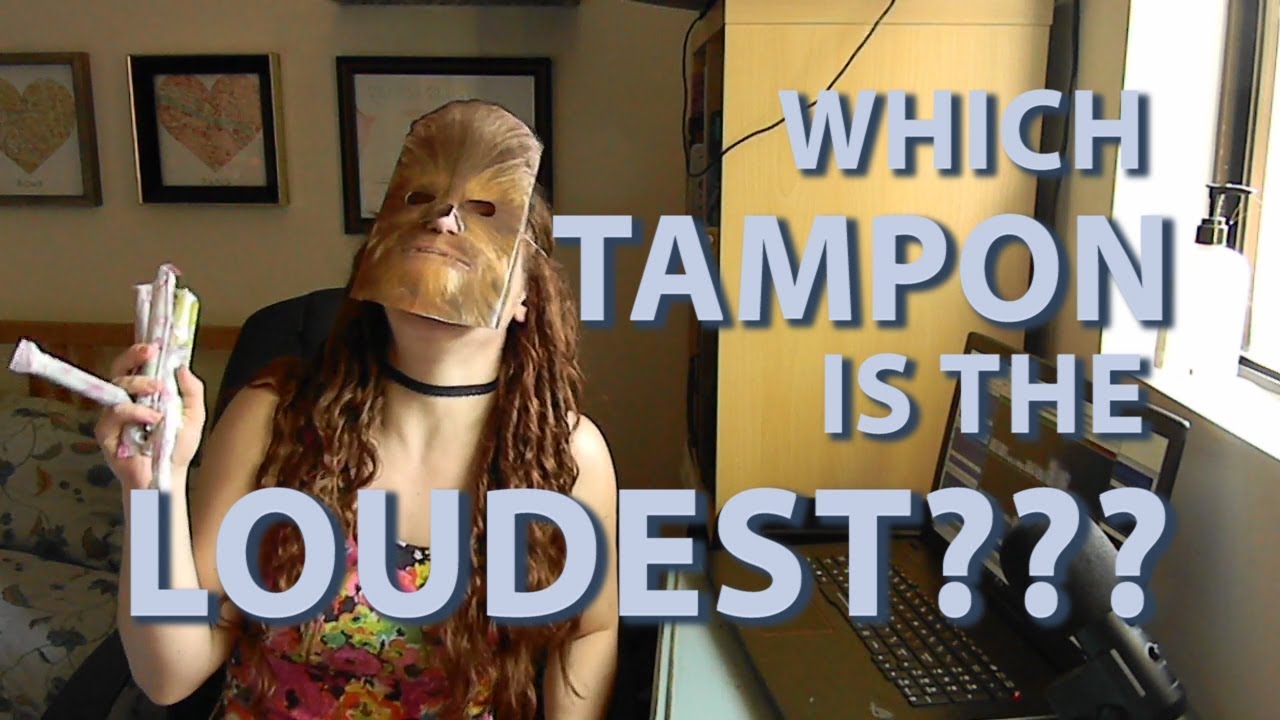 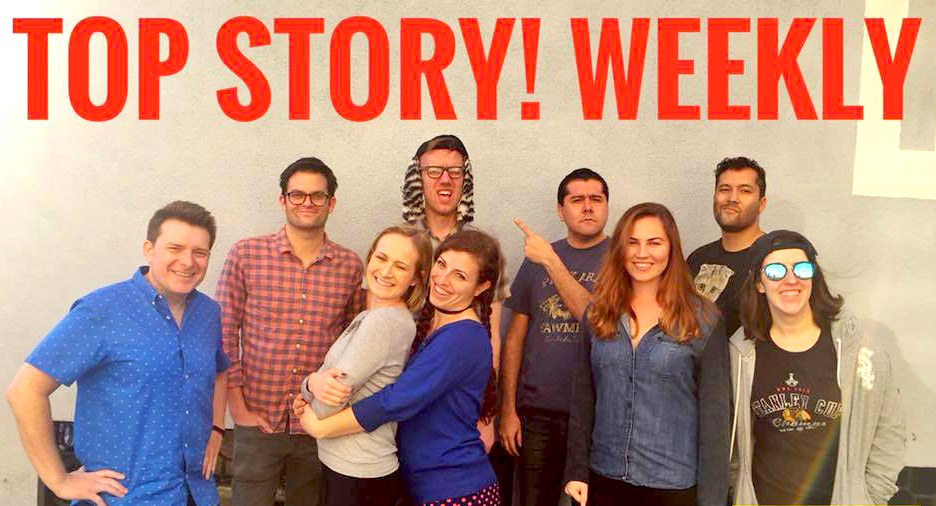 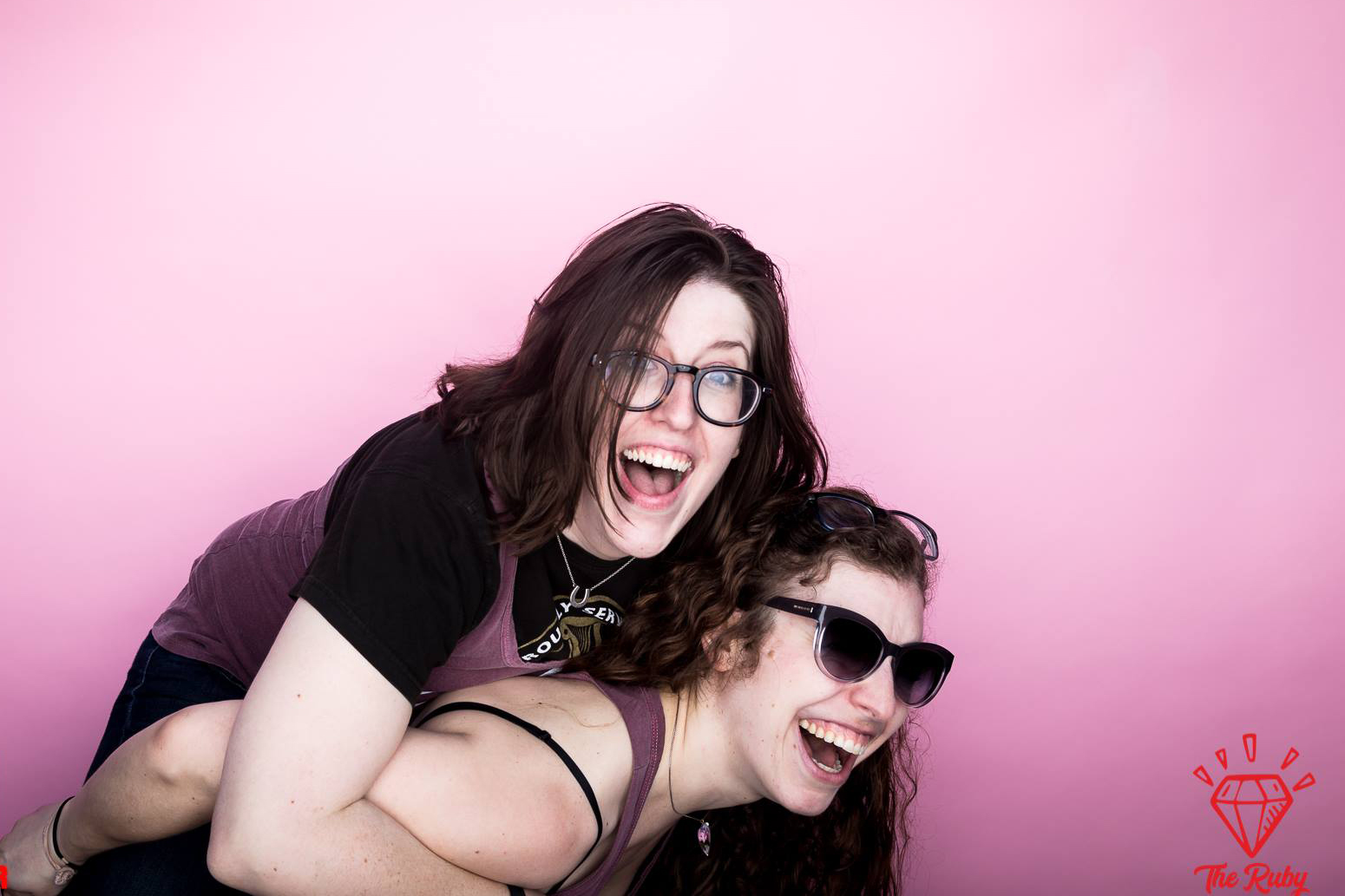