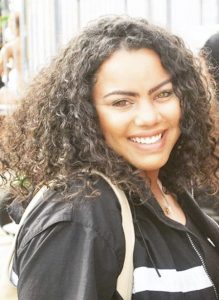 Today we’d like to introduce you to Lauren Brazile.

Thanks for sharing your story with us Lauren. So, let’s start at the beginning and we can move on from there.
Raised in Seal Beach by a speech therapist mother from LA and math teacher father from New Orleans, education and culture have been themes throughout my life. I started school early, placing me in high school at 12 years old, and moving into my dorm at Howard University at the age of 16. Moving away at such a young age was humbling to say the least.

As exciting as it was, I began to feel lost. I soon realized that my dreams to be a doctor were really my parents’ dreams and that I didn’t know who the heck I was or what the heck I wanted to do with my life! I decided to return home… a college drop out at the age of 17… I felt like such a failure! During this transitional time, God was able to introduce Himself and His kingdom to me in a way that changed my life! I can say without skepticism that praying and reading the word has given me a foundation of faith that I will desperately lean on for the rest of my days. I was finally able to start making moves and pursuing happiness. One of my most frequent prayers was: “God, I want to feel wanted and needed!”

An accounting degree, tax license, two internships, three corporate positions, and a lot of life lessons later, I received a call from the Los Angeles Sentinel Newspaper & Taste of Soul headquarters. I started as a receptionist, which was humbling to say the least. I came onto the team with a general intention to ‘help.’ I swallowed my pride, answered those phones, and passed as many smiles along that my mouth could handle. In a short two years, reception help became subscription help, which soon turned into Taste of Soul help, and then Accounts Receivable, all the way to interviewing Genuine and Cheryl Underwood, and eventually to mapping out the entire Taste of Soul festival, working with the City of LA, LAPD, LAFD, over 50 sponsors, over 200 vendors and managing set up and break down for the LARGEST free one day festival in the U.S. These experiences have taught me that our willingness to help others, regardless of what is reciprocated, will always bring us more opportunities!

Has it been a smooth road?
Growing up in Seal Beach, my race was always relevant. I was severely bullied, beat up, even jumped once in elementary school. I was usually the only Black kid in class. Ironically, due to lack of exposure, most of the other students didn’t even receive me as a ‘black’ girl, but the fact that I wasn’t white was enough for social exile. Big hair, brown skin, more base in my voice, everything ethnic about me stood out like a sore thumb. I always had to explain to people that I am Black, culturally and ethnically.

My age also brought on some issues. Being in high school at 12, what I wanted to do and what my parents thought I should be doing was always a contrast. I was figuring out how to get to the house parties at 13, went to my first prom at the age of 14, my first 21+ club at 16. I will forever be all of my peers’ “little sis.” I was the last of my friends to get a driver’s license. Since I wasn’t old enough to go clubbing at Howard, I took the night shift at a 24-hour Soul food spot near campus. My friends would roll in drunk from the club and tell me everything that happened that night while I snuck them free rounds of biscuits and gravy! Being younger than everyone around me, I think I always felt a slight pressure to stay relevant and never be the ‘lame young nerd.’

I’m always down to help good people doing good things! I do not lean on feelings of exclusivity, corny pitches, or charging high prices for necessary projects. Instead, I rely on purity of intentions, strong work ethic, and openness to new ideas. If I have the passion for it, I’ll find the time!

Let’s touch on your thoughts about our city – what do you like the most and least?
I moved to LA when I started working at the Sentinel. Growing up in Orange County, I always perceived LA as like this big, scary, cutthroat, dream chasing (and knock anyone over to get to that dream) type of city. LA was where all of the cool people were. I think now I’m one of those cool people, chasing my dreams with like-minded creatives that love God the way I do. I LOVE LA now!! Haha. Driving down Stocker, hitting up my favorite Black-owned businesses in Leimert Park, catching a live band or amateur artist in Hollywood mid-week with little to no cover charge… I’ve met some of my closest friends and been to literally hundreds of awesome events in my short two years as an Inglewood resident. I’m so happy that this time is a part of my life journey!!

What do I like least? The economic divide!! I’ve seen someone move into their $4,000/ month rented apartment, walking over homeless people sitting in front of their building like they are invisible. LA is home to many of the 1%ers, and it’s difficult to digest that our people that have nothing live in tents in the same zip codes (sometimes on the same streets) of the people that have everything. 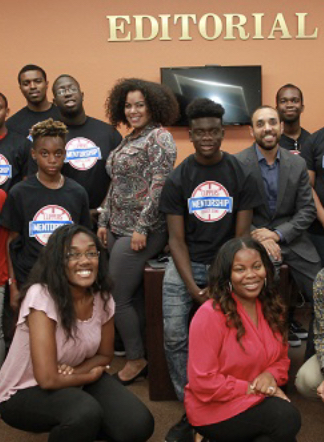 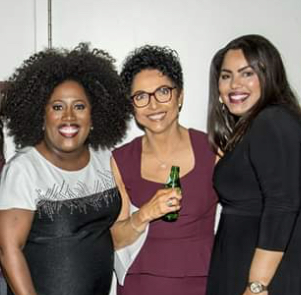 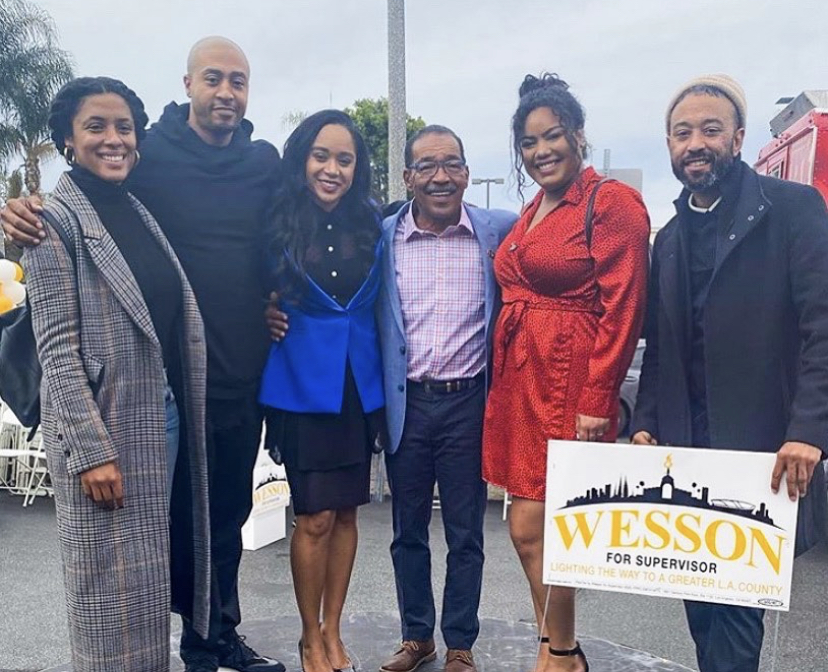 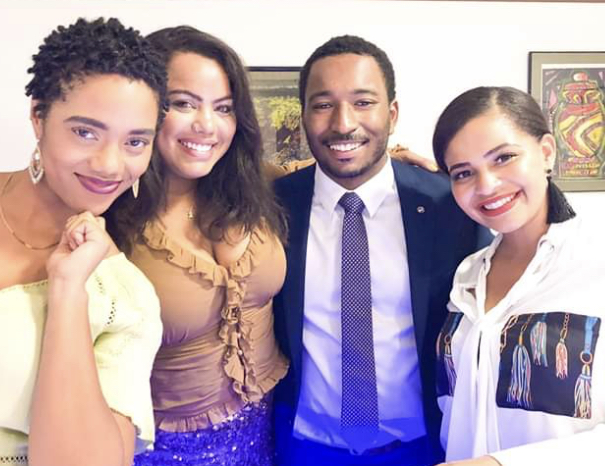 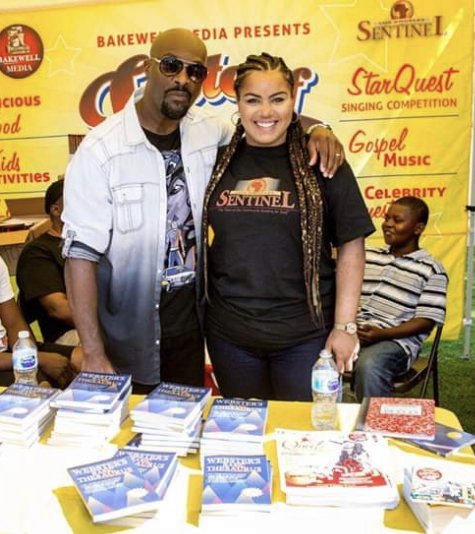 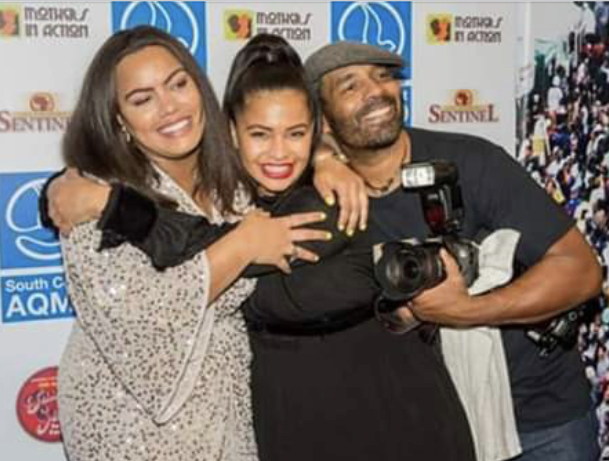 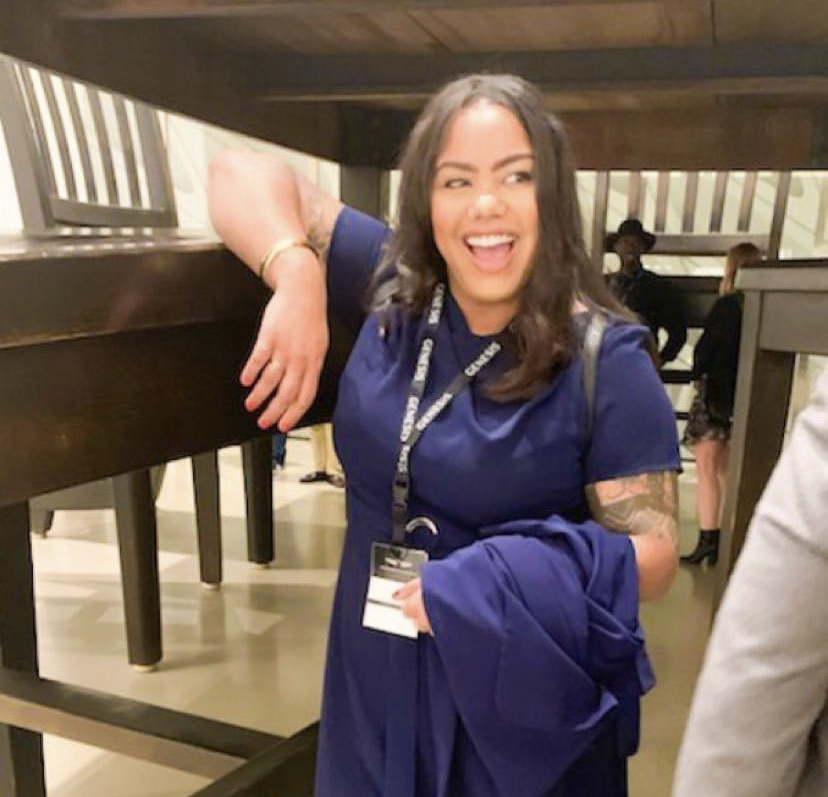