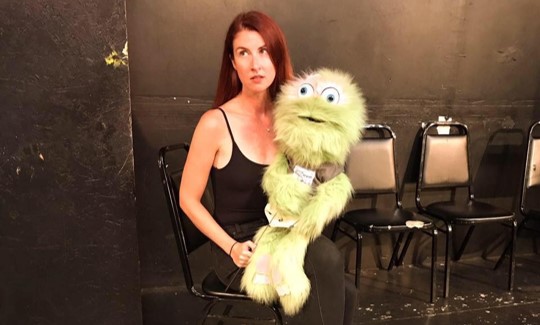 Today we’d like to introduce you to Lauren-Blair Donovan.

Lauren, please share your story with us. How did you get to where you are today?
I always had a good sense of humor but as a kid and teen, I was shy and way too in my head to crack a cohesive joke. That said I was always a comedy nerd. At age four I would talk my dad’s ear off about why the visual gags in particular episodes of Looney Tunes or Heckle and Jeckle worked so well and in the 8th grade I wrote “Saturday Night Live” all over the back of my notebook the way other girls did for their crushes (and to think I wasn’t popular…). I was always in awe of the class clowns but “knew” I’d never be one, so it never dawned on me to pursue comedy.

However, I did tell people around the age of 11 that my ultimate career objective was to be the next Jim Henson but weirdly nobody thought that was a very realistic goal so that never got indulged. And since I can’t craft to save my life and didn’t know how to obtain puppets like the muppets the dream faded away, but never completely.

As I grew up I did grow more comfortable in my own skin, and therefore more articulate, and to my surprise, I actually started making people laugh (on purpose!). But it still took a hot minute into adulthood to realize comedy was my life’s passion and was something I needed to pursue.

Part of that change involved a tragedy, as my dad died when I was in my late teens. He was my rock, my biggest support system, and best friend. A lot of life shake-ups happened as a direct result of his passing. Some years later I had a failed heart procedure and the complications from it benched me from my normal life for around two months. I’m fiiiiine now, don’t worry. But at the time I was both physically and mentally not even a little bit ok. I had already been through so much and was also in the midst of a few personal crises on top of a health battle. When I did start to heal from all of the above I was ultimately a changed person. I was angry at life, but I don’t sit well in anger. Comedy became a pushback for me as it was the only way that I could make sense of a largely unfair world.

At this time I was living in Denver, Colorado. It’s been my lucky lot in life to have hilarious friends and family, so I commissioned fellow funny friends of mine to do various comedy projects with me. Said projects had mixed results, but they were a blast to work on and got me to realize comedy was the only thing that made me truly happy and that I needed to get serious about pursuing it full time. In the fall of 2017, I arrived in Los Angeles and in less than a week I was taking classes at both Upright Citizens Brigade and The Second City. I hit the ground running and really haven’t stopped ever since.

Great, so let’s dig a little deeper into the story – has it been an easy path overall and if not, what were the challenges you’ve had to overcome?
My perspective is not like most because the worst challenge I’ve faced in Hollywood was having my mom passed away seven months into living here. Finding roots, keeping a level head in the thick of intense emotions and thoughts, meeting so many people at once and figuring out who were not real friends or at least not a great fit-all while grieving and wrapping my head around what it now meant to have both parents be gone at a young age was one of the most frustrating, alienating, and sad experiences of my life.

After that, a lot of stereotypical bad days in Hollywood just aren’t going to phase me the same way because I’ve already lost so much in life and at the worst possible times. Nowadays, 16 months after my mom’s death, I’m finally getting into a comfortable groove and getting braver with comedic choices and hot takes, as well as making decisions like walking away from projects that no longer serving me or people I don’t need to collaborate with anymore. Such boldness can get stifled in the midst of grieving while navigating a new city, you know? I’m also less of a mess in general, so that’s been lovely for both myself and those who stuck by me.

Otherwise…I’m not saying navigating show business is easy, because it’s not. But I knew this coming in. I had seen many episodes of E! True Hollywood Story and had read several biographies to have realistic expectations about navigating Hollywood. I think the lack of shock makes any rejections or realizations of how far I still have to go an easier pill to swallow-but I’d be lying if I said I didn’t have my moments here and there. And at the risk of sounding like a total Pollyanna, even getting to pursue this career and all the fun stuff I get to do in the process of is so fun. Some people never even get the courage or chance to relocate and give it a try. That concept is never lost on me so that balances out my perspective.

We’d love to hear more about your work.
I came out here to be a TV and sketch writer, as well as a comedian in whatever way the comedy world would accept me. But I’ve gotten so much more than I bargained for. Remember how to the belief of nobody else I was set on becoming the next Jim Henson? Three months after I moved to Los Angeles, The Second City offered a Puppetry for the Improviser class, taught by Jim Henson Studios alum, Amie Enriquez. This honest to goodness may be the luckiest thing to ever happen to me.

I now run a puppet/human sketch team (Raquel & Friends), where I puppeteer one of my 12 hands/rod puppets while my human actor friends act with the puppet in bizarre, absurd, dark, silly or sometimes emotional POV sketches I’d only want to express through a puppet. The joke is often that it is danced around but never called out that there is a puppet on stage, but in a few sketches, the joke is also that it’s a puppet interacting with humans. In addition to my puppets, I am also the puppeteer (but not the voice) for M.A.X. on the amazing new video essay series on horror films, Deep Cutz, created by and co-starring Matt Catanzano. There are more puppet projects coming, so please stay tuned and watch puppets (happily) take over my world.

Aside from puppetry, I’m still a bit of an absurd comedian. I like to blend silliness with darkness in conjunction with observations about life. I’m on a huge kick of doing bit comedy, character work, and clowning. Through those mediums, I’m exploring the juxtaposition of how bubbly I come across and yet how dark my life has been, and how that often confuses people in my real life. But I also do nonsense with one of my dogs on stage semi-regularly now, so not every bit has a point (my dog bits almost never do).

I’d be remiss to not mention other collaborations and teams I’m apart of! I’m an almost two-year member of the very long-running all-female team, Pinup Squirrels. We host a sketch competition every month at Upright Citizens Brigade’s Inner Sanctum. Recently I’ve jumped into the podcast world by hosting This Never Comes Up with fellow comedian, Cody Shampine, and Good Grief. In This Never Comes Up… we interview comedians about topics or experiences that are important to them but somehow never organically come up in conversation.

Good Grief is my other podcast that I’ve wanted to do for years but was only emotionally ready to start recording this summer, as I interview other comedians and public figures about life-changing loss in an attempt to normalize grief as we as a culture truly don’t understand it. Both are comedy podcasts, but understandably they have their serious moments. This Never Comes Up…has several episodes out now wherever podcasts are found and Good Grief will likely be out before this article runs (fingers crossed).

Is there a characteristic or quality that you feel is essential to success?
I came here understanding it would be an uphill battle. But I had a belief in myself, as well as an understanding that if I worked hard, said yes to opportunities, and sincerely supported other comedians that it would be that much easier. Two years later and I still believe all of the above to be true. It’s not that I think I lack comedic chops or talent, but I swear more opportunities have come because people know I’m reliable and supportive. I see many people lead with themselves and what people can do for them, and those people seem to lack friends and a sense of community that is so vital to finding success in the comedy world. Everyone I know who’s had some success was a team player and a supportive personality.

Creating your own work is something you MUST do too. Anytime I do something of my own, by myself or with people who are helping me with my creation, the comedic landscape gets that much easier for me to navigate because different and more congruent opportunities land in my lap. It’s a lot of hard work to do your own thing, but it’s rewarding and the easiest way to continue to work on what you find funny…which is the dream! 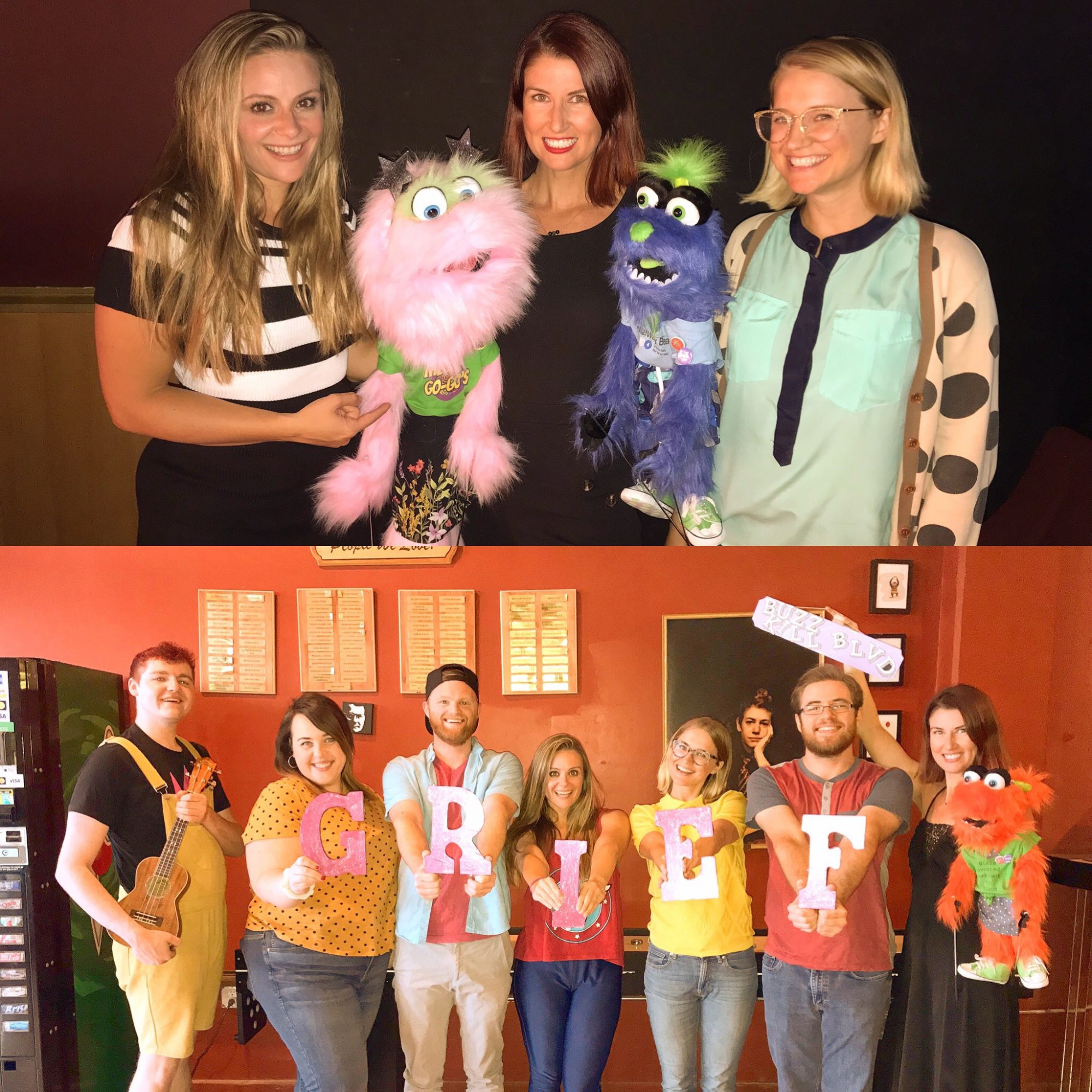 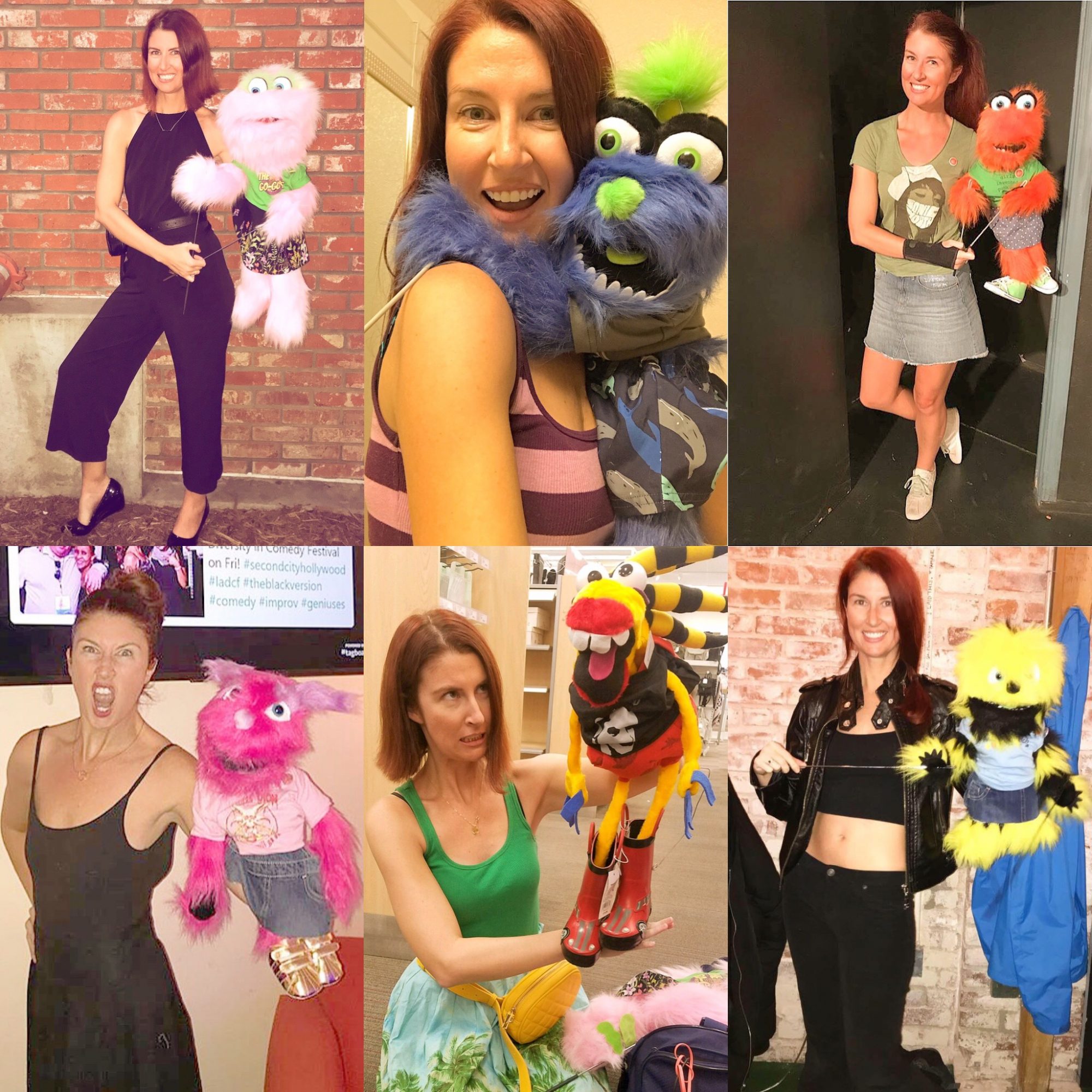 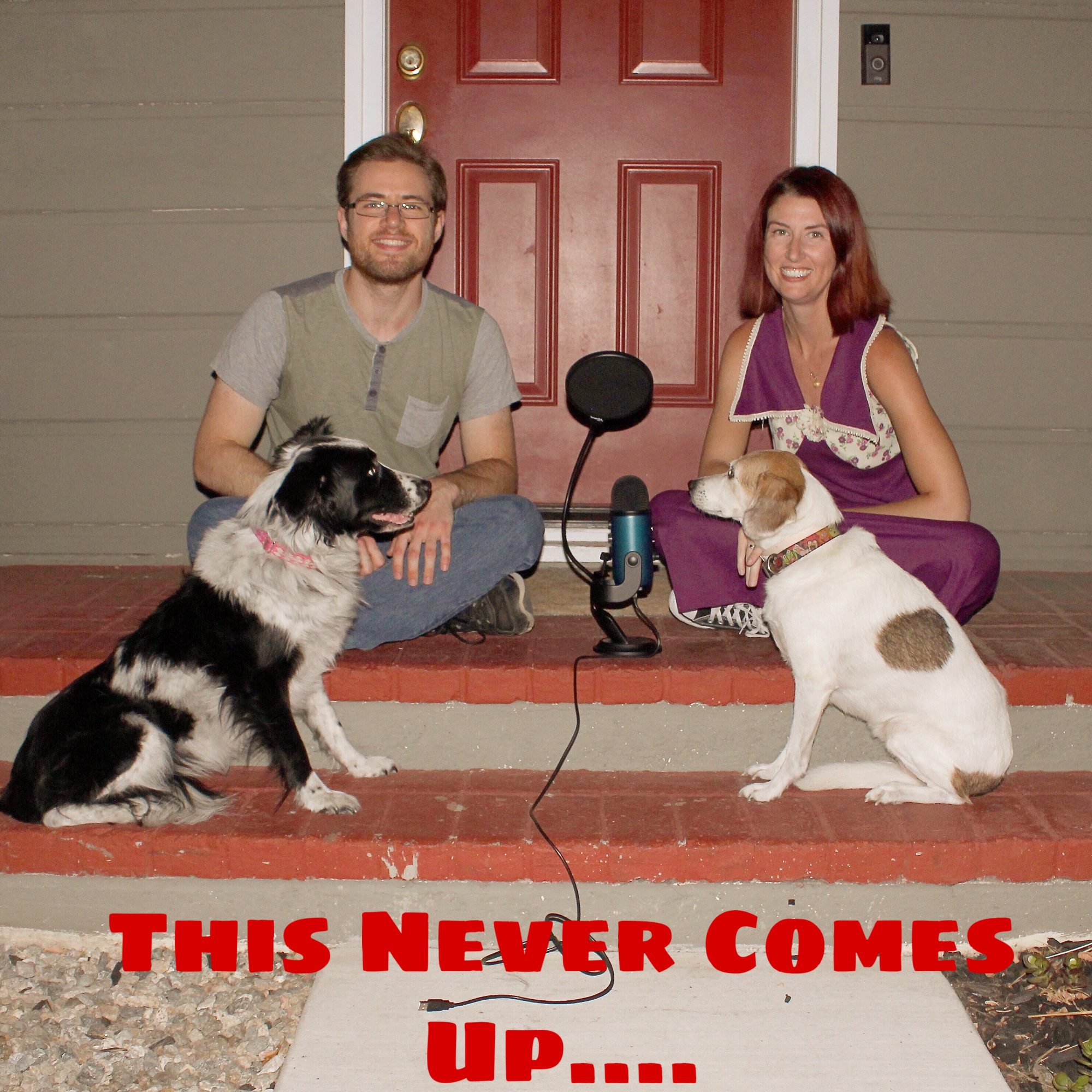 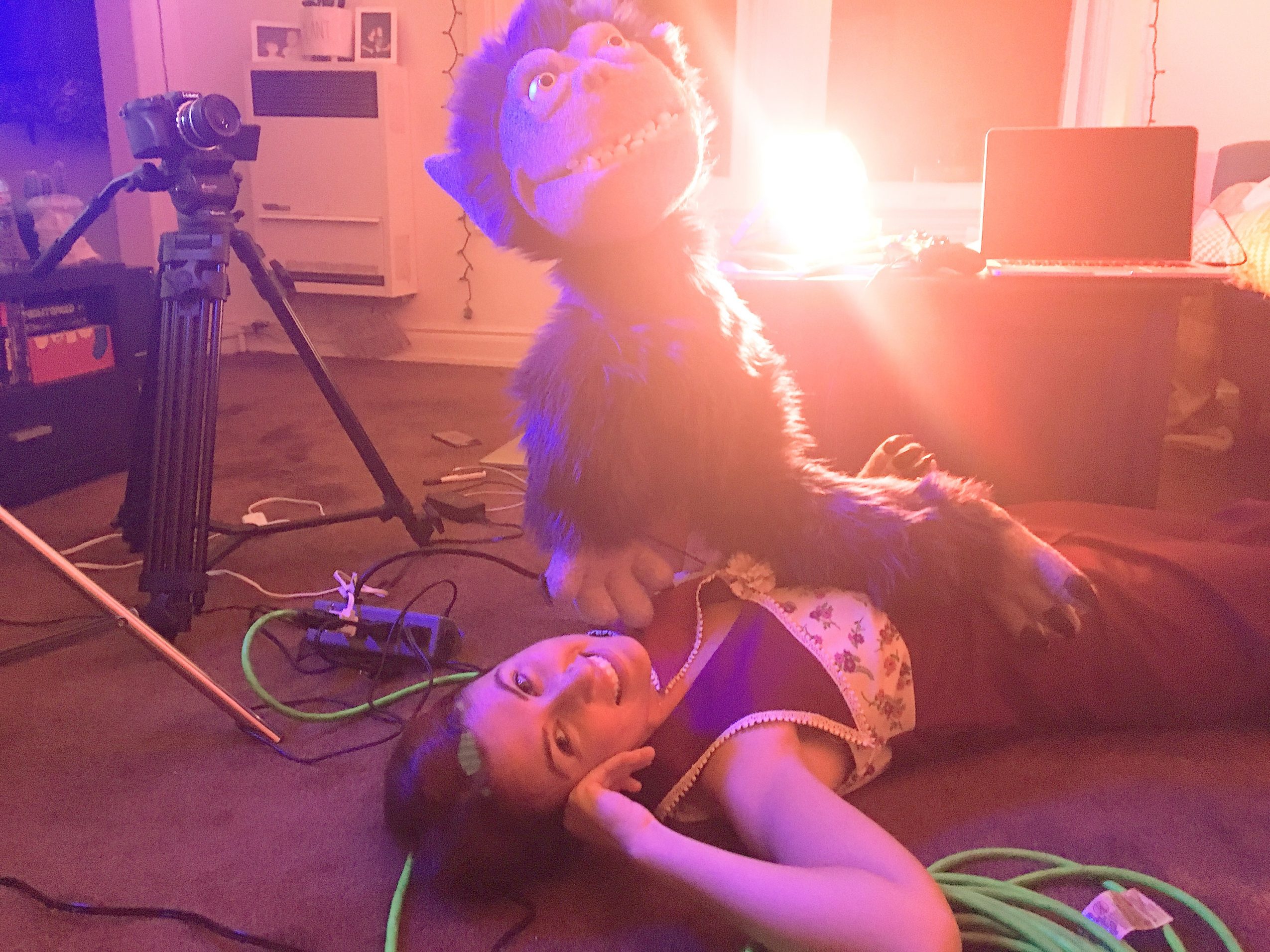 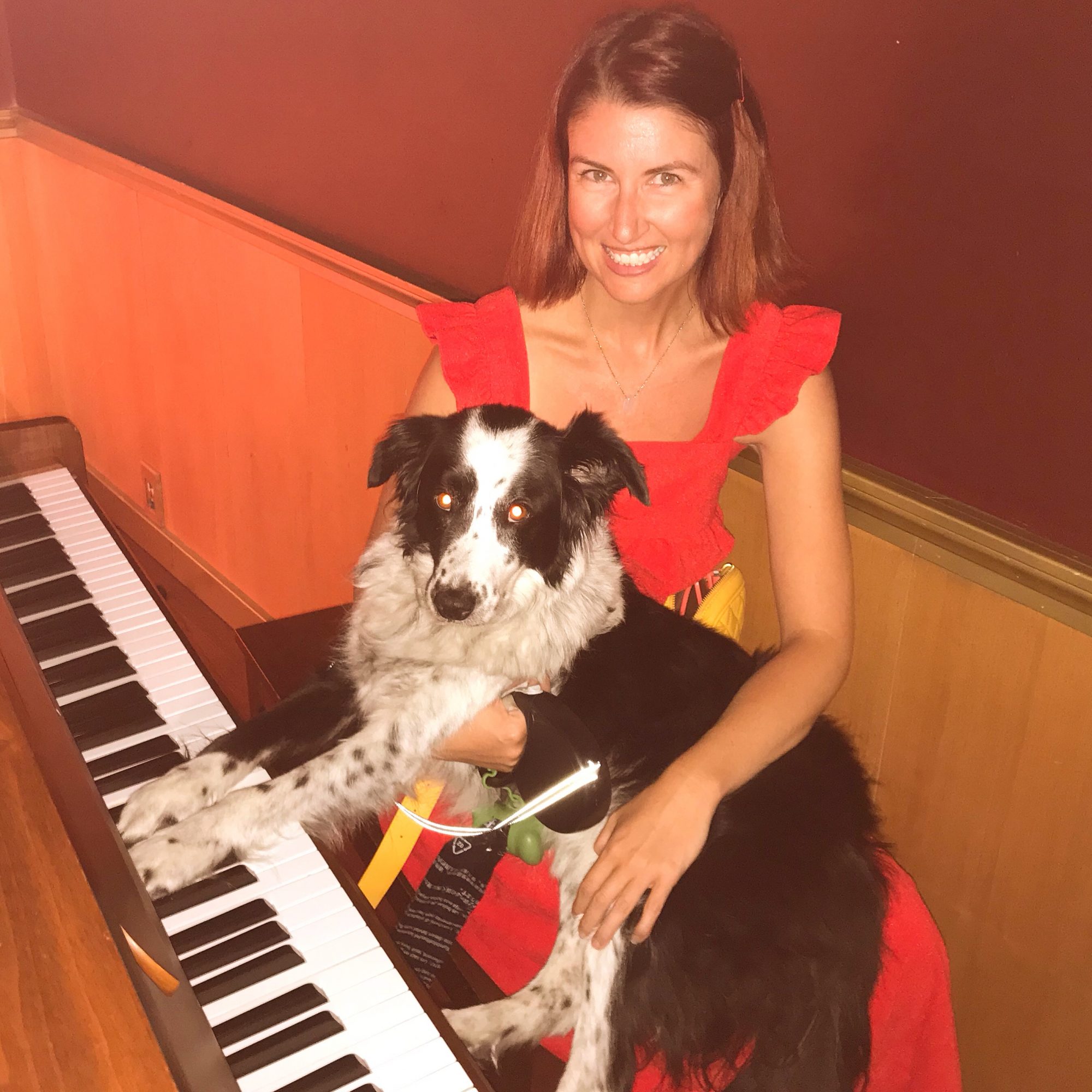 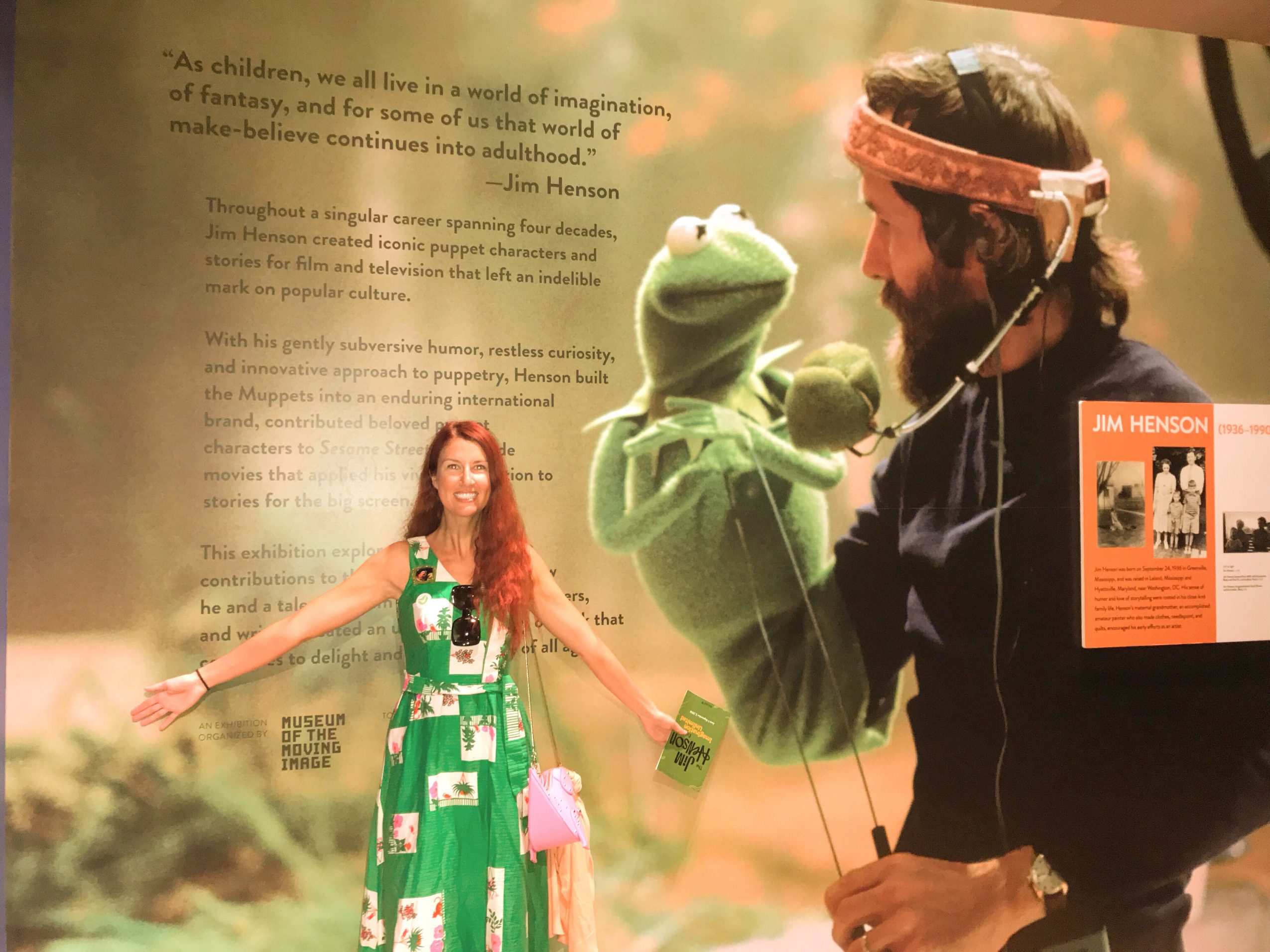 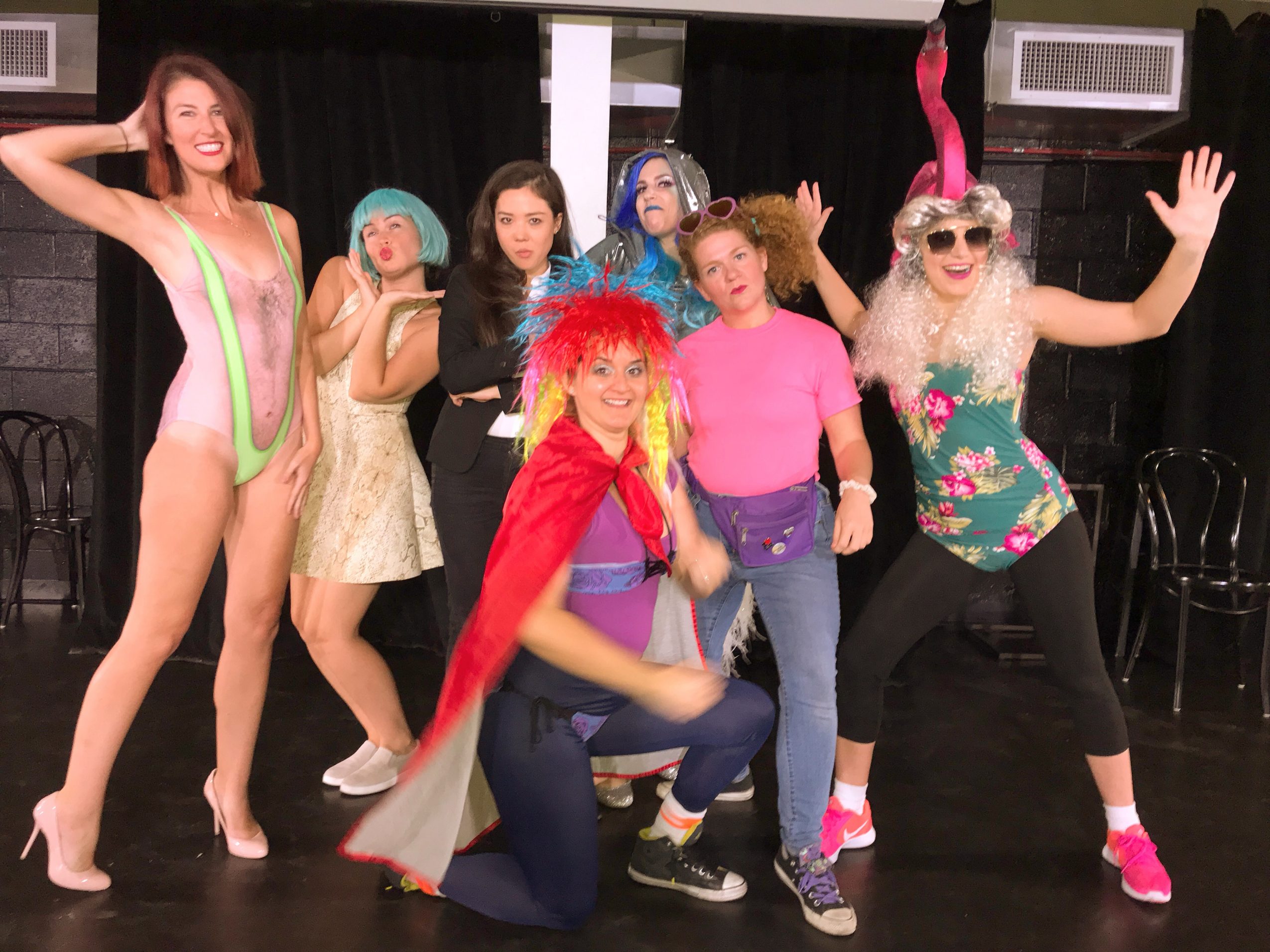 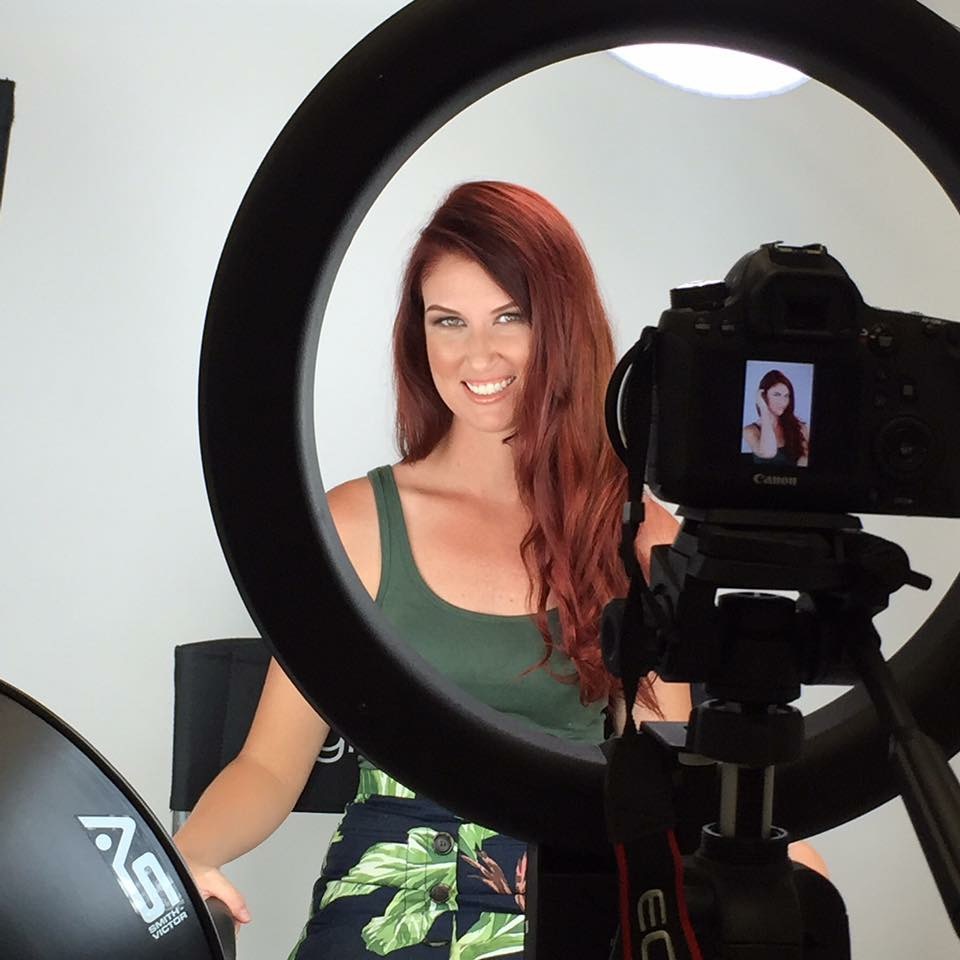