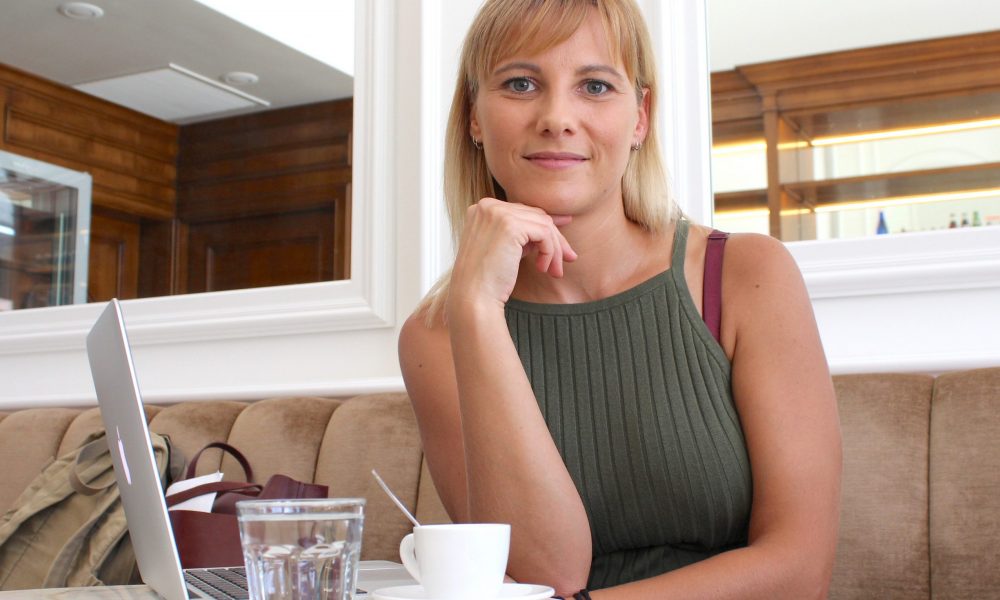 Today we’d like to introduce you to Laura Gagliardi.

Thanks for sharing your story with us Laura. So, let’s start at the beginning and we can move on from there.
I was born in Italy and moved to the US around ten years ago. I started traveling whenever possible because I can’t seem to find peace if I feel like I am getting stuck in a place, and this was reflected also in my professional sphere, having gained experiences in many different fields. This, to many, is a definition of being inconsistent. To me, it simply means I need to vary often in order to feel inspired, have ideas and keep moving forward.

I managed to keep a 9 to 5 job only once in more than thirty years, while hired by the US Air Force as a mediator, culture and language expert, in one of their Air Bases in Northern Italy. I worked so well that they had to let me go. I know. It sounds like a joke but it is not. In less than a year I won awards for outstanding performances, but “someone” at higher levels, was not too happy about it. Who is this monster who comes here and revolutionizes our settled environment? Hi. That’d be me. Sorry. To avoid conflicts I accepted to be dismissed, and took advantage of the situation to start again somewhere else. I missed the US, but could not go back to school again, or so I believed, then I moved to Australia. I lived, worked and explored the land down under for less than a year because eventually, I started having some health issues that needed to be addressed as soon as possible, and I needed to get back to where my family was. I had to undergo surgery and I found myself literally stuck in bed for almost a year. I was going crazy, I needed to move, but apparently my body needed a rest. That’s when I decided I needed to leave and go back to the US, a land where I have always found opportunities, education, and friends.

So, I started applying to graduate schools again. One, two, three degrees, who is counting anymore? If only I could keep on being a student forever, I would do it. I got accepted at Boston College, and I eventually headed back to Massachusetts in 2015. From then on, my life kept on changing. I recalled I had a passion for writing, besides being madly in love with music, and spending hours binge-watching shows and movies. I started blogging “publicly”. I created my website, which at first was called “God exists and she hates me” until someone made me notice I was offending people’s beliefs, so I changed it. My philosophy of life is “live and let live, and if it does not offend or hurt anybody, do whatever you like” and since this was bothering some, apparently, I just thought it was easier for me to edit it, rather than having to explain myself, every, single, time. I changed it to “binge-watching queen” and eventually, when I felt like I was already putting myself out there opening up to the few, I simply finalized it changing it to my name and last name. That’s me. That’s who I am and what I write. Either you like it and read it, or you click on the funny little bar on the top of the page and type another website URL. Not my problem. Although it would be much cooler if you could at least skim through, you may never know what you can find, mostly in the reports of my last experience: a road trip through the US and Canada with destination: unknown. But that’s another story…

Overall, has it been relatively smooth? If not, what were some of the struggles along the way?
As I said before (I know, I talk too much!), if I am here now, I have to thank the fact that I got stuck in bed for months. My legs were first detached and then put back into place (by surgeons, of course!) and I could not move for a long time. It felt like forever. Learning to walk again was the most painful part. Not only that, but I was also coming from a broken relationship and, above all, from family issues that have always been the heavy soundtrack of my life, but that eventually made me who I am today. To be honest, I am not one of those people who say that, if I could go back in time I would do it all again. Yeeeeah no. Not really. I would do again part of the things that shaped me up to now, but I would skip the pain. I was always the girl who knew what she wanted but at the same time I was fragile and defensive, comparing myself to hedgehogs: rolling up to protect themselves, they can hurt someone who tries to approach them, but eventually they’re always the ones who become someone else’s prey, succumbing to the stronger ones. I don’t know if it makes sense, does it make sense? (giggling)

What do you do, what do you specialize in, what are you known for, etc. What are you most proud of? What sets you apart from others?
I believe this website I created has a lot of potential. I may as well forever be the coolest blogger on Earth who no one has ever heard of, but I do not really mind. To a certain extent, the fact that I am always on the move, makes me aim for more and I eventually picture myself going fully entrepreneurial in a couple of years when finances will not be an issue anymore, and I can finally invest in my future. I am considering using my passion for food (I can cook very well and not just because of where I am from!) and turn it into an added asset for my career. We’ll see.

In general, I am a freelance. I write for myself and for others when I get asked, but LA is packed with people who are self-employed and can do pretty much anything, so I am basically just a little drop of water in an infinite ocean of artists and professionals. Not to take anybody down, but it is really hard over here. Nevertheless, I won’t give up and I will keep trying. And if you want to know why I am such a stubborn little thing I’d say that it is because I know someday someone will see my worth. I am specialized in foreign languages, literature and cultures, because, together with psychology, that’s what I studied. But I am so much more than that. My main focus for years has been American studies because I wanted to know everything about the land I felt so drawn to, but I always managed to do pretty much anything that was appearing before me, so if you want to know what I am known for, that’s a hard one to respond to. “She can do anything” people would say. I noticed that people are getting more interested in my writing though, which is currently my main goal, because I learned to finally write down on paper (or type, to be honest) these never-ending thoughts I have from a very young age. I once asked my mom if being a “thinker” could have been considered a job. She smiled and said I could be whatever I wanted… I guess that did not turn out pretty well as I don’t know what to choose now. (laughing)

Despite sounding a little all over the place, I am proud that I am making it in a world where someone like me strives to find her place, but eventually succeeds. I could have given up and fit in the box, but there is no box big enough to contain me (laughing), so I will keep on trying until I die. Of course, this relates to my website as well, because it is exactly the “digital projection of my mental self” to paraphrase a quote from the famous Matrix movie. And I don’t want to say that there is something setting me apart from others, because I don’t feel like I am better than anyone in general, just different. Being different while still “offering” a product that so many others are offering as of right now (read bloggers, influencers or whatever) simply means that I have my own voice, and it should be worth hearing it. I wasn’t born yesterday and I know it takes time, but I have patience. What I write is real, at times too blunt, at other times too naive, often funny and seldom provoking, but never with the purpose of hurting anybody. Plus, I can collaborate with anyone because of this thing that I can do “a little bit of this… a little bit of that…” (singing).

Any shoutouts? Who else deserves credit in this story – who has played a meaningful role?
Heyo. How much time do we have left? It would take forever to name all the people who, in one way or another, contributed to my writings. To my feelings. To my everything. I need to remember to write a list though because when I’ll be accepting the Oscar one day, I can’t just say thank you all. -Joking, of course, I giggle at these thoughts but they keep me going! I am that kind of person who sees the good out of a bad situation, of a bad person, of a bad time. Maybe not right away, because I get upset and overwhelmed most of the times, but eventually there’s always a silver lining and that’s what I believe is to be most thankful for. Real credits must probably go to my family because I know that being so far away causes them pain, but at the same time, I am doing it for them as well, so they can be proud of who I am and who I am becoming. I am finding new friends over here as well, and they are getting to be my dearest supporters. After all, I only moved to Los Angeles not even two years ago so I still feel brand new to the area, I have so much more to learn and so many more people to meet. Last but not least, every single person who crosses my path eventually has a role in what I do. My writings are all inspired by either the good or the bad that I experience on a daily basis. From the guy at the register, to the one who almost hit your car, the lady at the counter, and the ones who are not walking on Earth anymore but are still around me, everywhere. Thank you all. 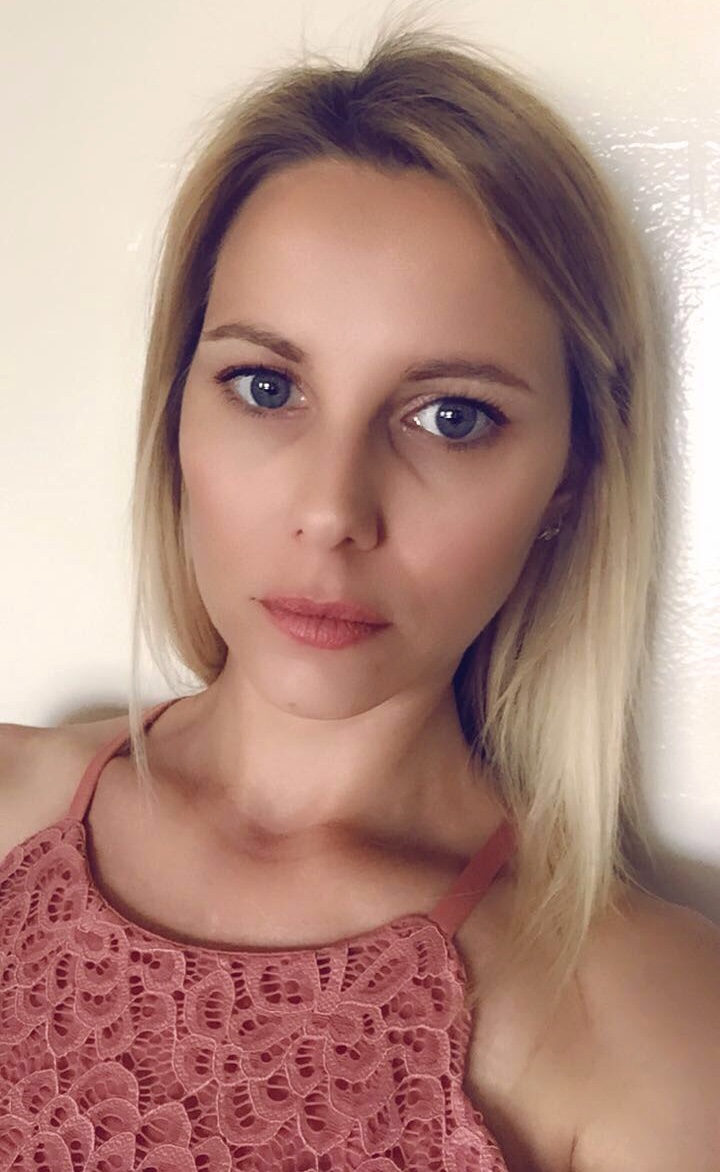 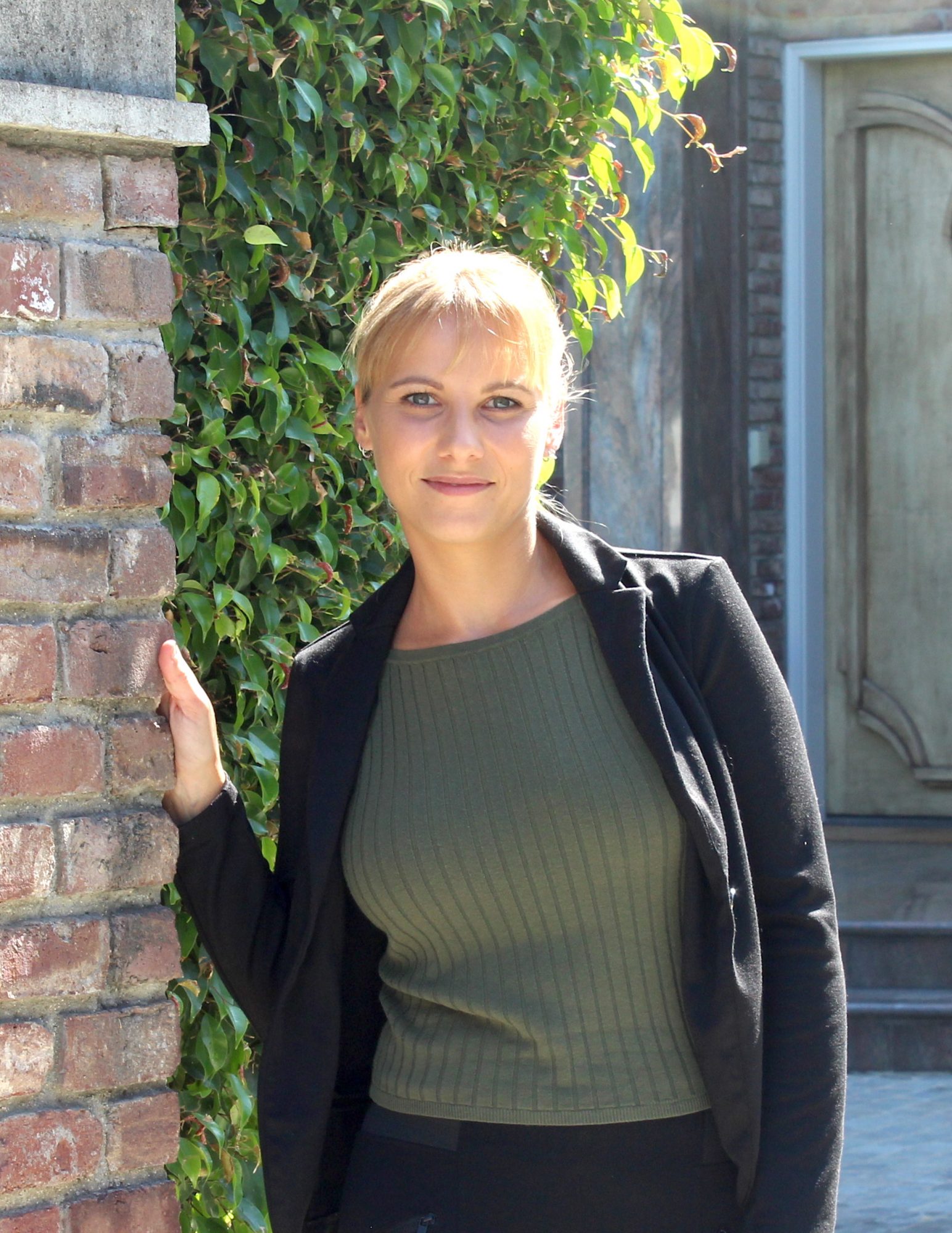 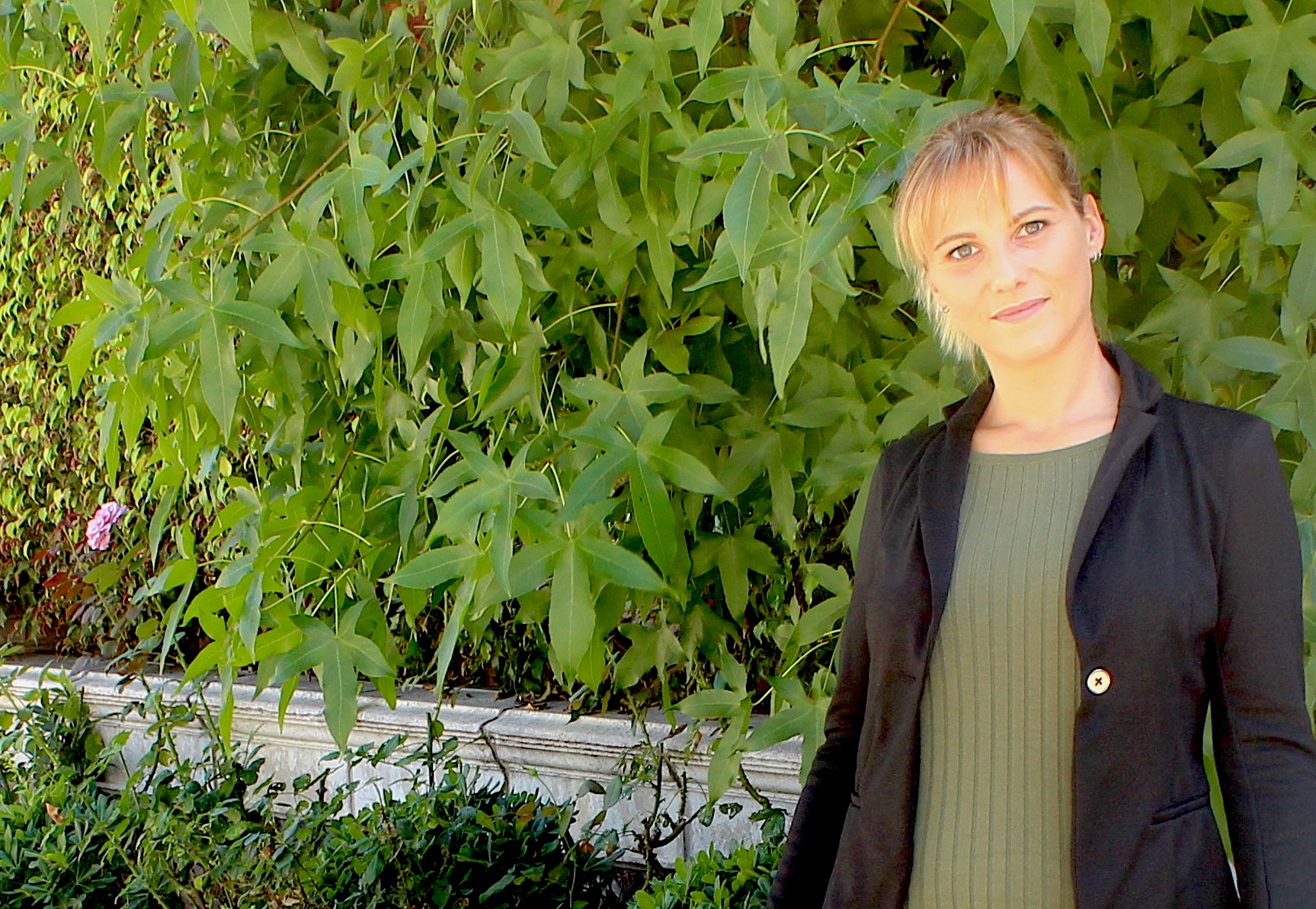 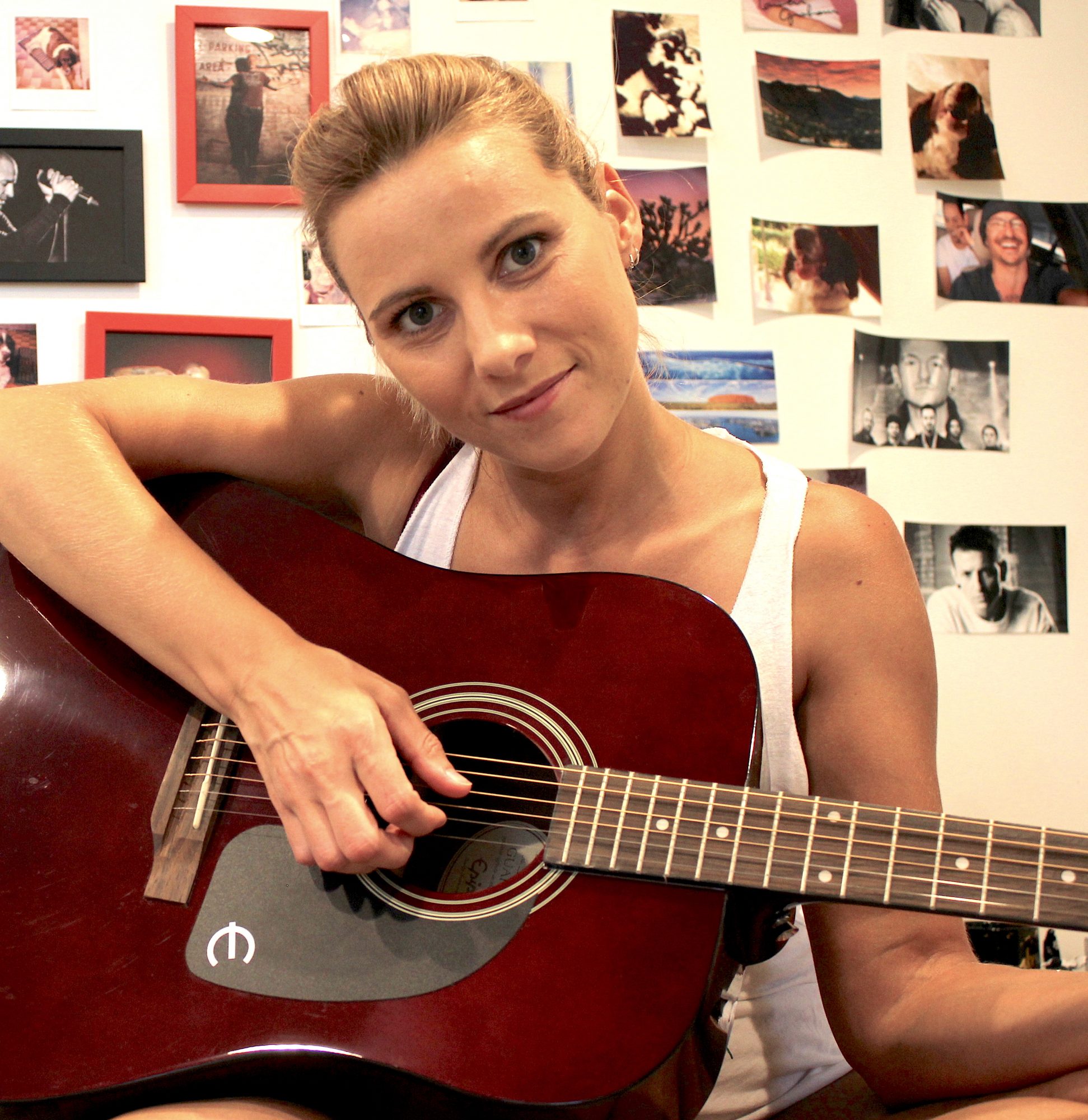 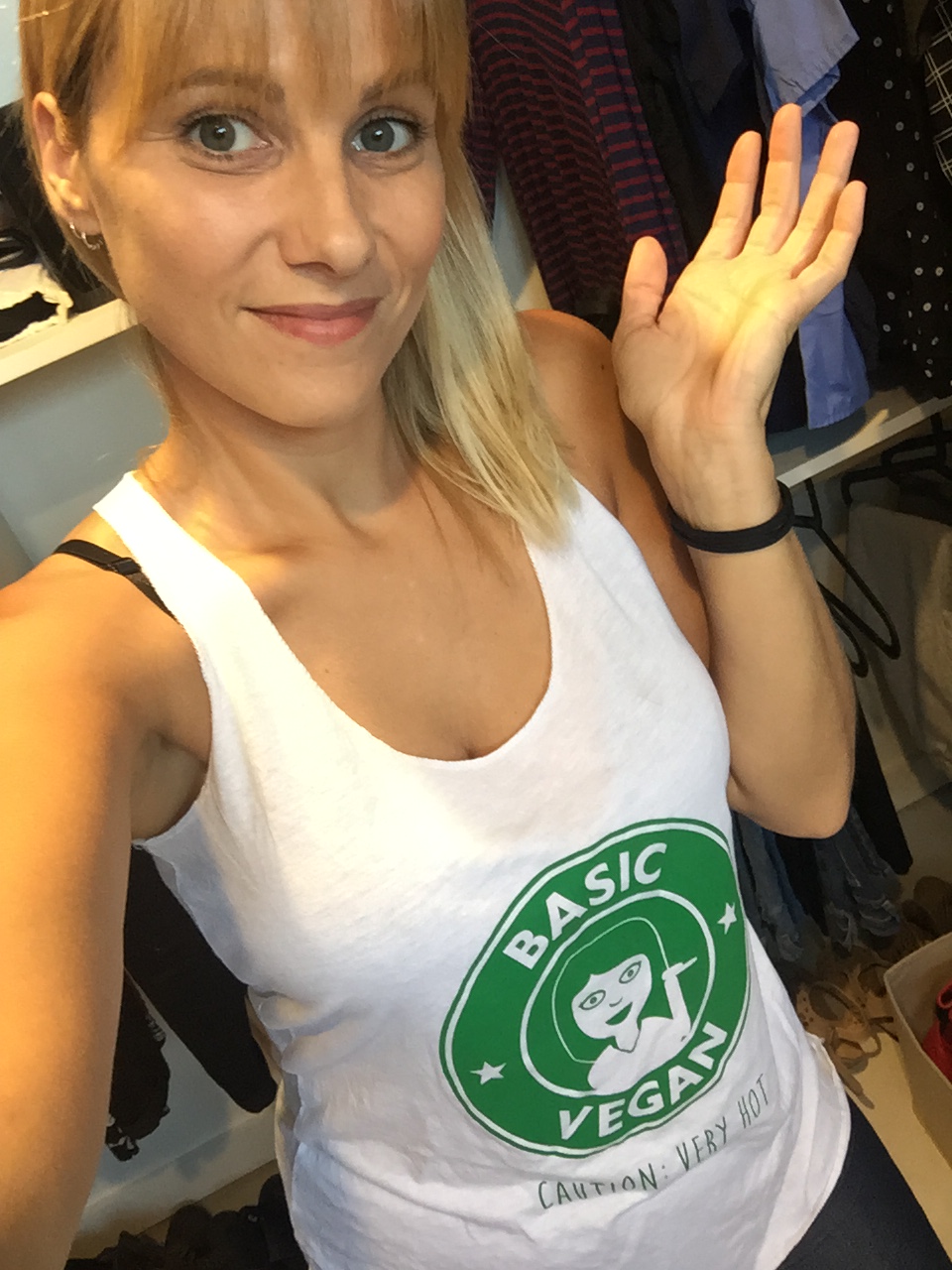 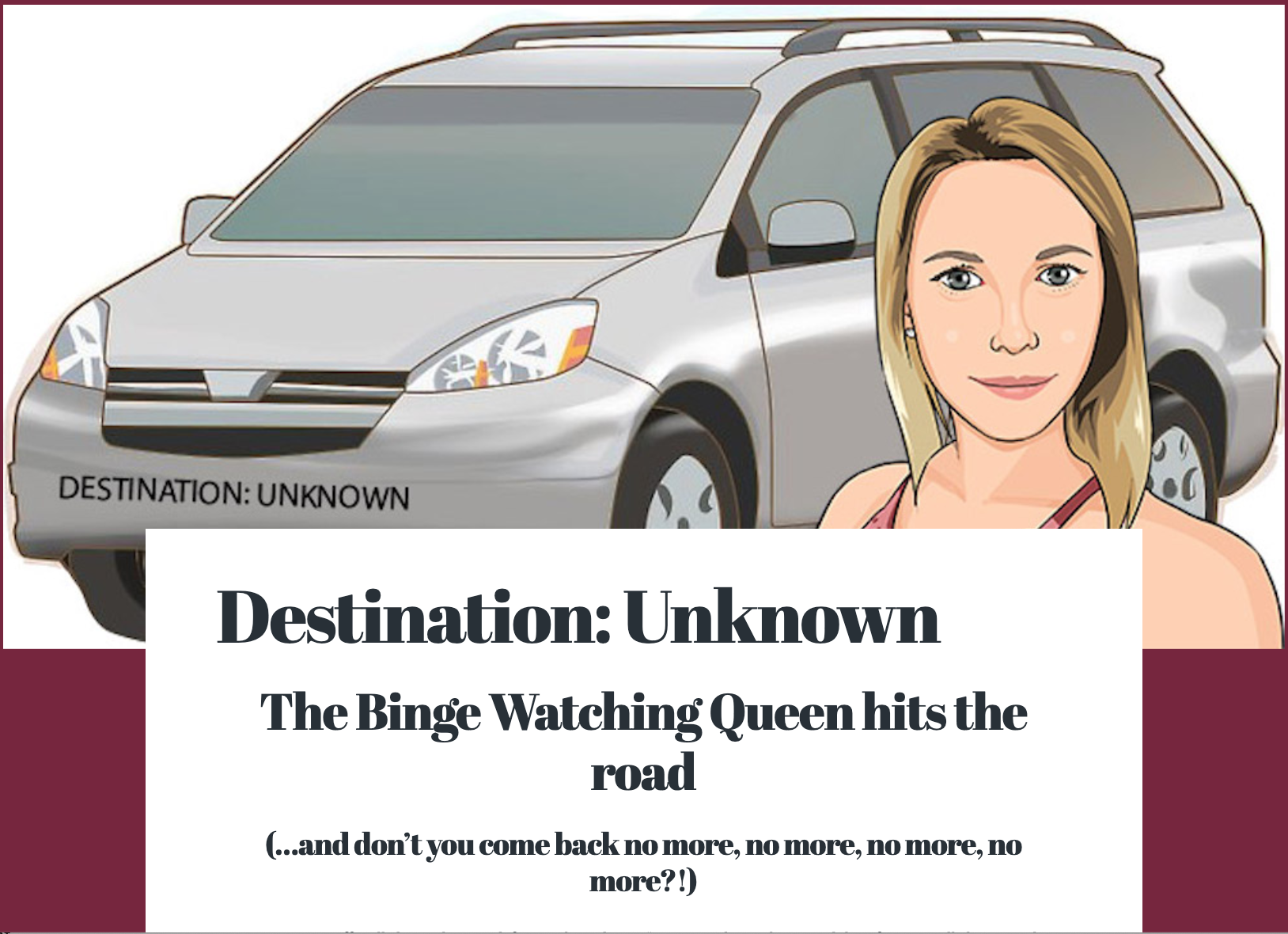