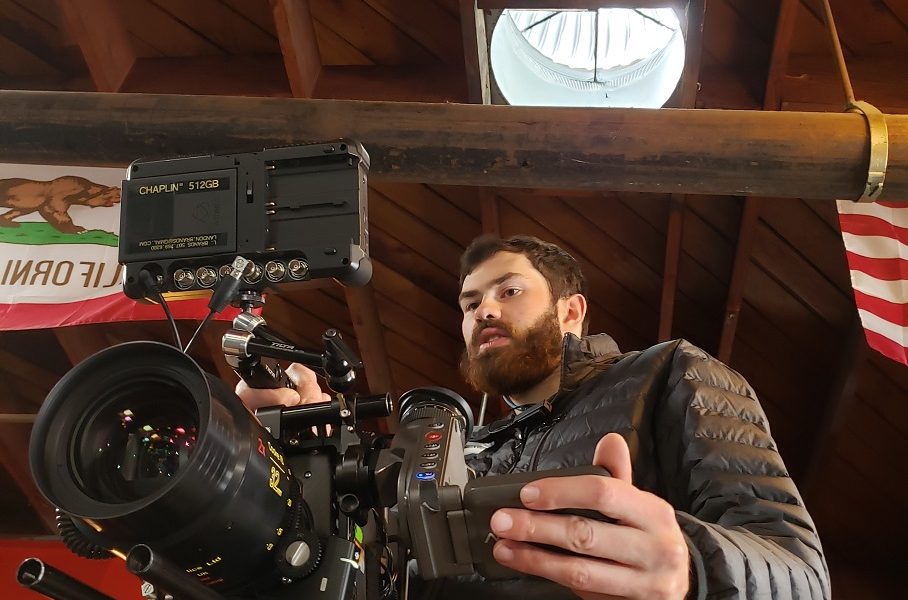 Today we’d like to introduce you to Landon Brands.

So, before we jump into specific questions, why don’t you give us some details about you and your story.
As a kid, I was mostly interested in creativity and technology. I was definitely a computer nerd. At first, I wanted to go into journalism. I ran a little magazine starting when I was eight, and kept it up through middle school, at which point my interest became mainly video production.

I learned how to shoot and edit from library books because YouTube didn’t exist. My first project was a news recap of 2005, shot on MiniDV before my voice had changed. The next year I got adventurous and did another one with a green screen and a MIDI theme song, which my fiance now uses as a ringtone on her phone! Ha!

I started making videos whenever someone would give me the opportunity. Then I went to college for it, taking a hands-on course of study involving design, production, broadcast — as well as technical theatre, which gave me the confidence to light pretty much anything. After some good internships, I learned enough about the field to get a production staff job for a few years while freelancing.

In 2016 I was considering my next home base. I’d had five zip codes in five years, soaking up commercial filmmaking experience. A lot of my friends and colleagues ended up in LA – more than any other city – so I began to think of it as a possibility. I’d been to LA before for PromaxBDA: The Conference, although I’d favored NYC at the time. I flew out for a few more conferences and film festivals with an eye toward living here eventually.

That winter, I accepted a short term contract at a YouTube channel, Jubilee (youtube.com/jubileeProject), to create viral videos for them. They were at a transition point: having been focused on their feature documentary, they needed to get the YouTube channel revving again. At the time, they had about 280,000 subscribers. I came up with an idea for a series where real couples would share the early details of their relationship, with a catch: One partner at a time would speak, while the other wore industrial earmuffs so they couldn’t hear what was being said. Then we’d hear the other side of the same story, with completely different details! It was interesting what each person would emphasize or leave out, while frequently their partner did the opposite. They’d discover how their perspectives were different, and their surprise would play out sequentially.

When that contract came to an end, the first episode had still not been released. When it did release, it got millions of views in just a few days, and friends were texting me from all over the country that they recognized me in the end tag. (The wholesome sales pitch to watch more videos, juxtaposed after the giggling couples, made me sort of a “forever alone” spokesperson… and YouTube comments roasted it. Ha!). The Both Sides series ended up becoming a viral hit and helped the channel get on a growth trajectory to 5 million subscribers today.

But in the meantime, before Both Sides blew up, I walked around Culver City, contemplating my $1200/month bedroom with no A/C and nothing lined up. I needed to figure out how to succeed in a new way. Living right next to the Sony lot reminded me to stick with my aspiration to pursue high craft in filmmaking. I told some colleagues I was available.

Freelance work started to roll in again: A DP gig for National Association of Women Business Owners. A graphic design gig making a few lighting diagrams for American Cinematographer’s website. A lot of lighting work on set, and eventually a Best Boy Electric job on a new media series.

And pretty soon… I got hired as Second Unit DP on a narrative feature in Africa. I had to mail my passport to a total stranger for visas, which was a little freaky, but I knew it wasn’t a scam when the production spent a few grand for the American crew to get multiple vaccines. That shoot had plenty of stories, which included getting chased off an island by a mob, our PA driver getting chased by traffic cops on a commandeered mo-ped, and the shoot getting extended which meant having to find more malaria prevention pills (not the prevalent fake ones!). Fortunately, that PA driver redeemed himself and got us more of the real ones; you can tell because they give you weird dreams. At one point, I explained the 180-degree rule of filmmaking by drawing diagrams in the dirt with a stick. (Let he who is without storyboards cast the first shadow.) That feature wound up being a commercial success, I’m told it’s one of the highest-grossing African films in recent years.

It all kind of snowballed from there. I remember I was awake 50 hours on the way back from Africa. We got diverted to Ghana when Lagos (a main oil exporter in Africa) ran out of jet fuel. We got to London 8 hours late. I backtracked most of Central London with our camera assistant to find her wallet in central London, which we did, miraculously since it had the claim checks for our luggage and gear.

When finally back in LA, I crashed on the couch to World Series Game 7. I woke up to the Postmates guy banging on the window with a burrito. LA felt like home from then on. A day later, someone hit me up to DP a music video, and the rest is history. Until the quarantine, I worked straight through the past three years in professional filmmaking, primarily on set in camera and lighting.

Overall, has it been relatively smooth? If not, what were some of the struggles along the way?
It hasn’t been without challenges. I remember one particular day that made me want to leave LA: I picked up a friend from LAX, got a flat tire on the way to Paramount because of broken furniture in the road, narrowly escaped a parking ticket while my car sat roadside with the flat, missed most of Cinegear Expo, did in fact get a parking ticket later that day during dinner, and then dropped that same friend off at LAX again. I had just escaped the periphery when I had to come back not once but two more times when his flight got hugely delayed. Oh, I also booked my first feature film as Gaffer that day and then lost it a few hours later during dinner when someone’s buddy became available again. All in one day!

We’d love to hear more about your work and what you are currently focused on. What else should we know?
I’m a cinematographer, gaffer, and filmmaker. A lot of people in LA know me for the first two: creating meaningful images with camera and light. I’ve had some success with making original films and web content as well.

The thing that separates me from a lot of cinematographers — and other young gaffers — is lighting expertise combined with storytelling experience and a well-rounded view on the world. I’ve lived/visited/worked in a lot of places, each with their own assumptions and ways of doing things. Extensive music experience and world travel have also broadened my frame of reference by which I relate to concepts and people. (When this pandemic is over, I’m going to have to do Johnny Cash’s “I’ve Been Everywhere” at some Karaoke bar in the Valley.) For real though: If I can make good footage in a third world country, I can make anything in LA where working utilities and equipment are a basic assumption. Side note: I own good equipment, but that’s not the reason to work with me.

When I started making indie shorts with my friends ten years ago with everything done on tapes, there was no fudging anything after the fact. We actually made money on a short film in 2011. I studied darkroom photography and photometrics and color psychology and equipment and electricity and all that stuff carefully in college… yet it’s not about the book knowledge, it’s about whether you can problem-solve any situation you’re paradropped into. After a few hundred projects, situations start to show their similarities: “Oh yeah, this is how we solved this before, let’s take a page and give it a new twist.” I like to think of my role on set like being a jazz musician. The music can never stop. You get into a groove, you play your soul into it, you make it work. You first have to know how to play instruments: the gear, the tools (but that’s the easy part. It’s not about the gear). You have to develop your ear (eyes). Know the theory. Know what key you’re playing in (mood, style, circumstances). Have a philosophy yet work together with the band ahead of time and in real-time, managing up and down — you can’t be playing a different song. Most of filmmaking is about foresight and execution.

My purpose is to beautify the significant. A lot of stuff is pretty, shiny. Some things are significant. When you can combine the two, that’s where you get something really special. The way I fulfill this to clients is by deliberate practice in the craft of filmmaking here in LA alongside some of the world’s best craftspeople — bringing all that experience to projects that want me to create their visuals in a way that furthers the storytelling.

Any shoutouts? Who else deserves credit in this story – who has played a meaningful role?
Adam Coleman started mentoring me at commercial and tabletop cinematography in New York, and we continue to work together here in LA which is always a good time. He takes the job seriously yet also succeeds in making it enjoyable.

Karl Stelter welcomed me to LA before I even lived here and has had me shoot and light a few of his projects. I think he’s a good example of a director who has something to say, so I hope we continue to grow together.

Marcus Taplin has brought me on a number of projects including pro sports intros; I gaffed the Dallas Cowboys stadium intro and Houston Rockets arena intro for him.

William Hellmuth has been a great sounding board since literally the day I moved here. I enjoy working on his sets too.

Early in my LA days, Quentin Brogan and Jesse Oxford trusted me as gaffer with several stylized videos where the lighting really got to shine.

Scott Siracusano and I had a lot of set days and local IPAs together early on. I also met Tim Chapin on one of our shows together.

Johnny Derango, Jacob Laureanti, Chris Brands, Shannon Lynch, Dave Wilwayco, and my fiance Grace have been refreshing to walk and talk with here in LA.

Luke Seerveld turned out to be a long-lost family friend.

Bill Holshevnikoff taught me some tricks.

I’ve got to thank all the people who have trusted me with projects big and small. This life is not easy, but it can be satisfying and memorable. 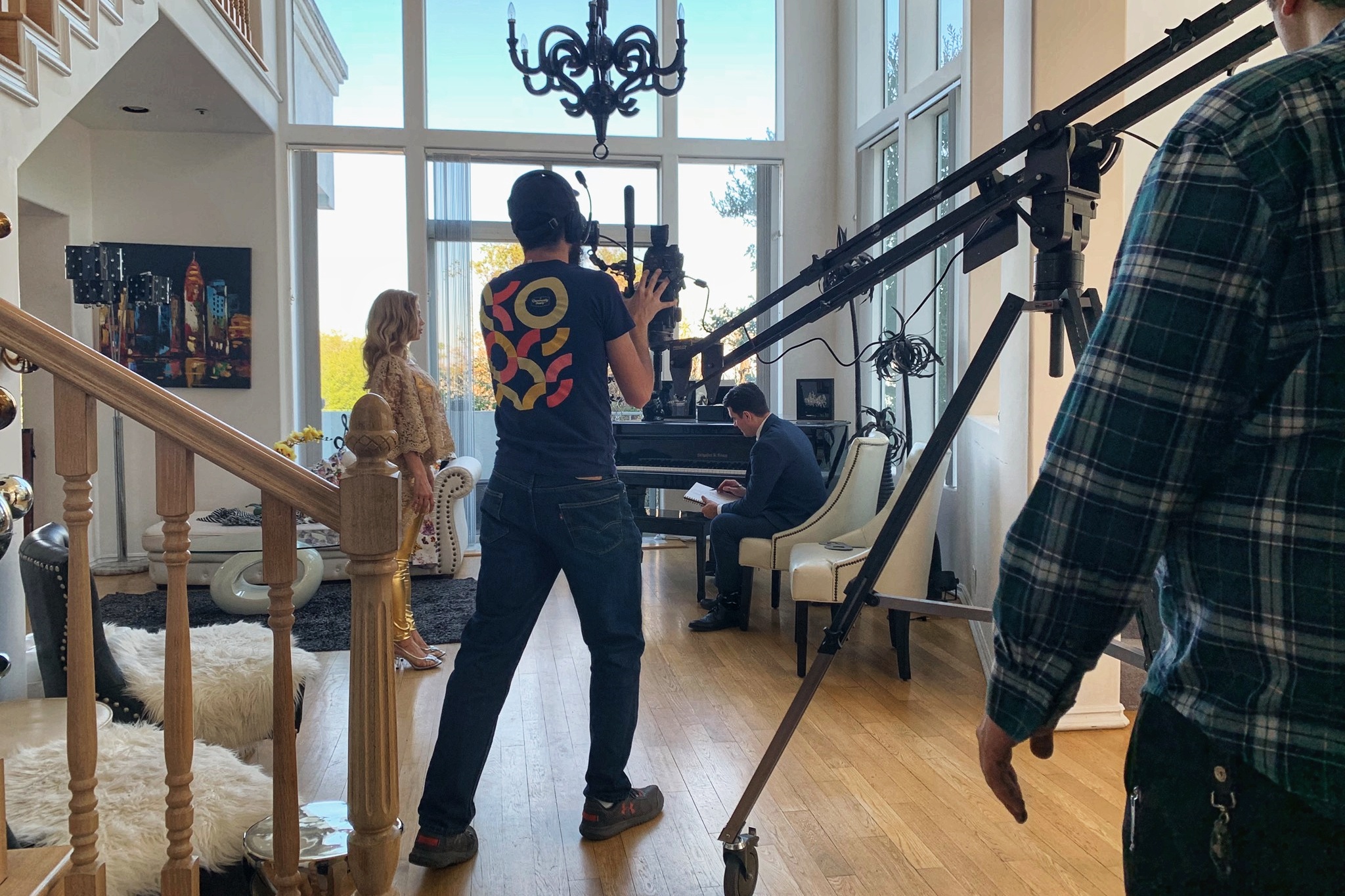 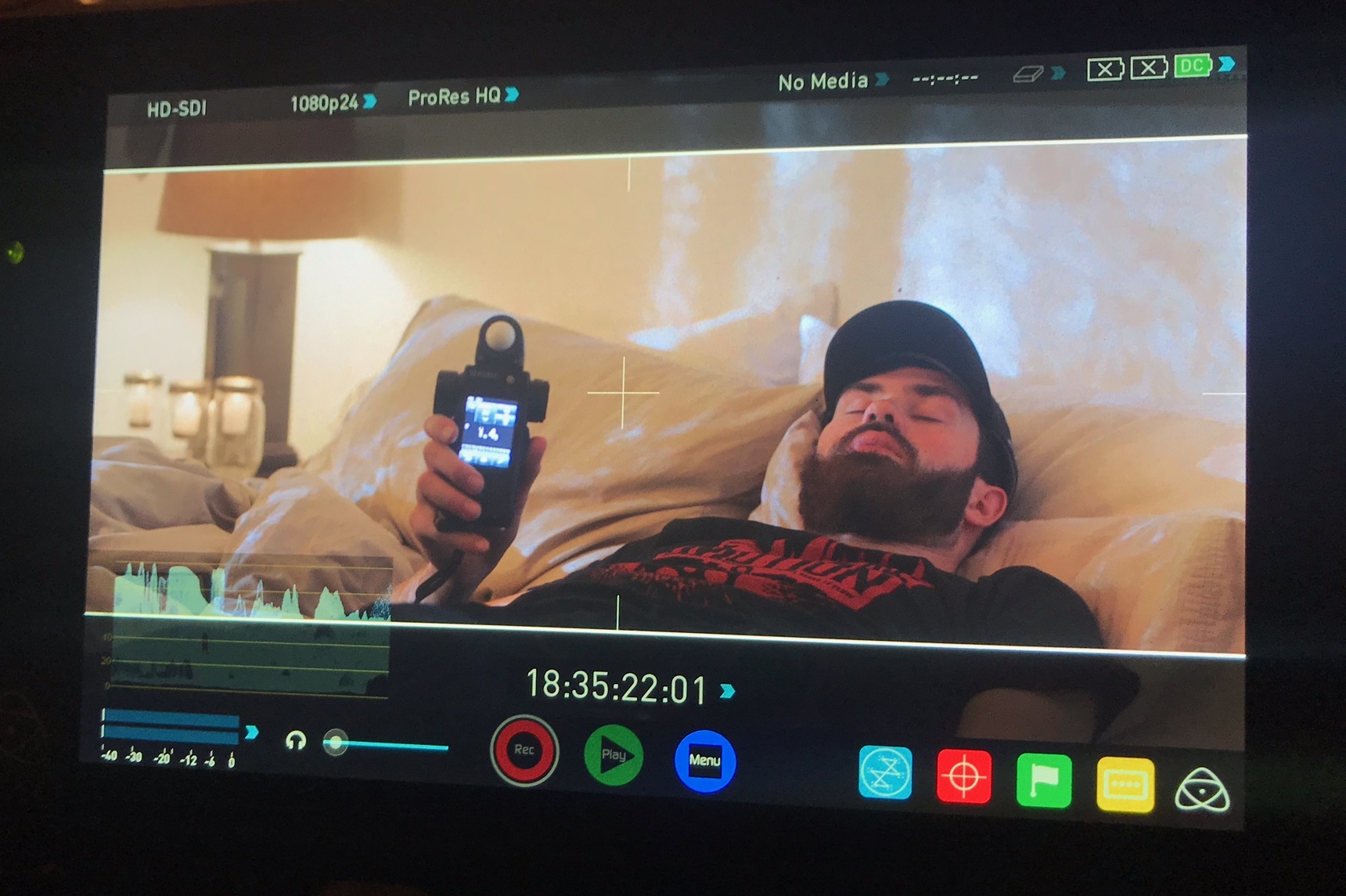 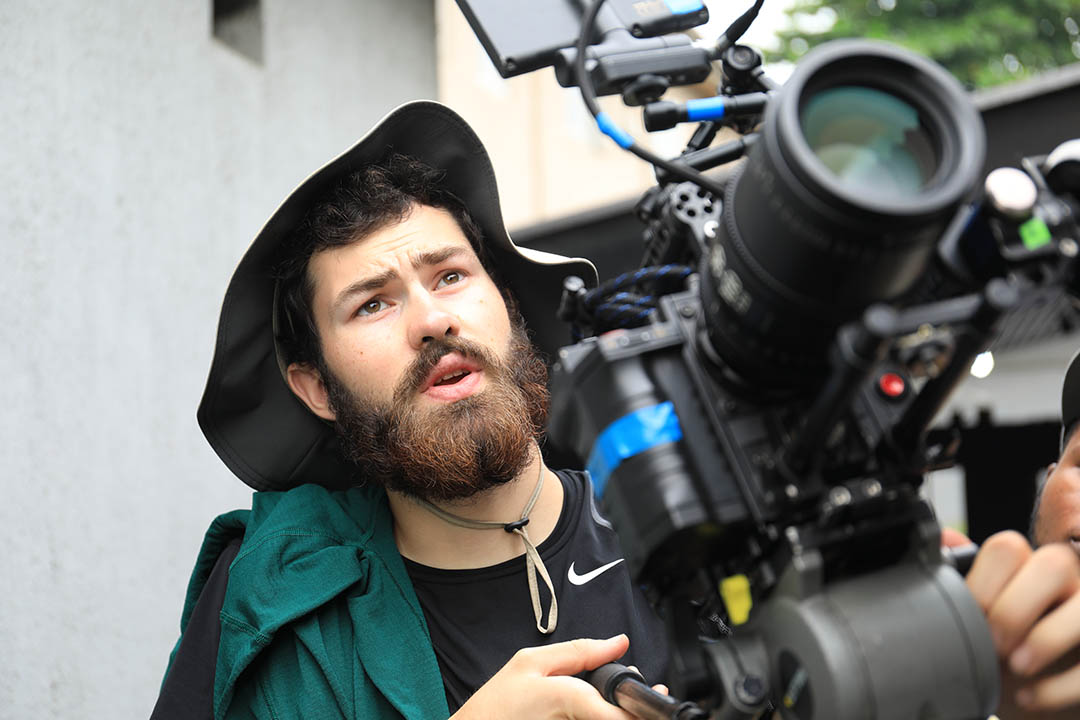 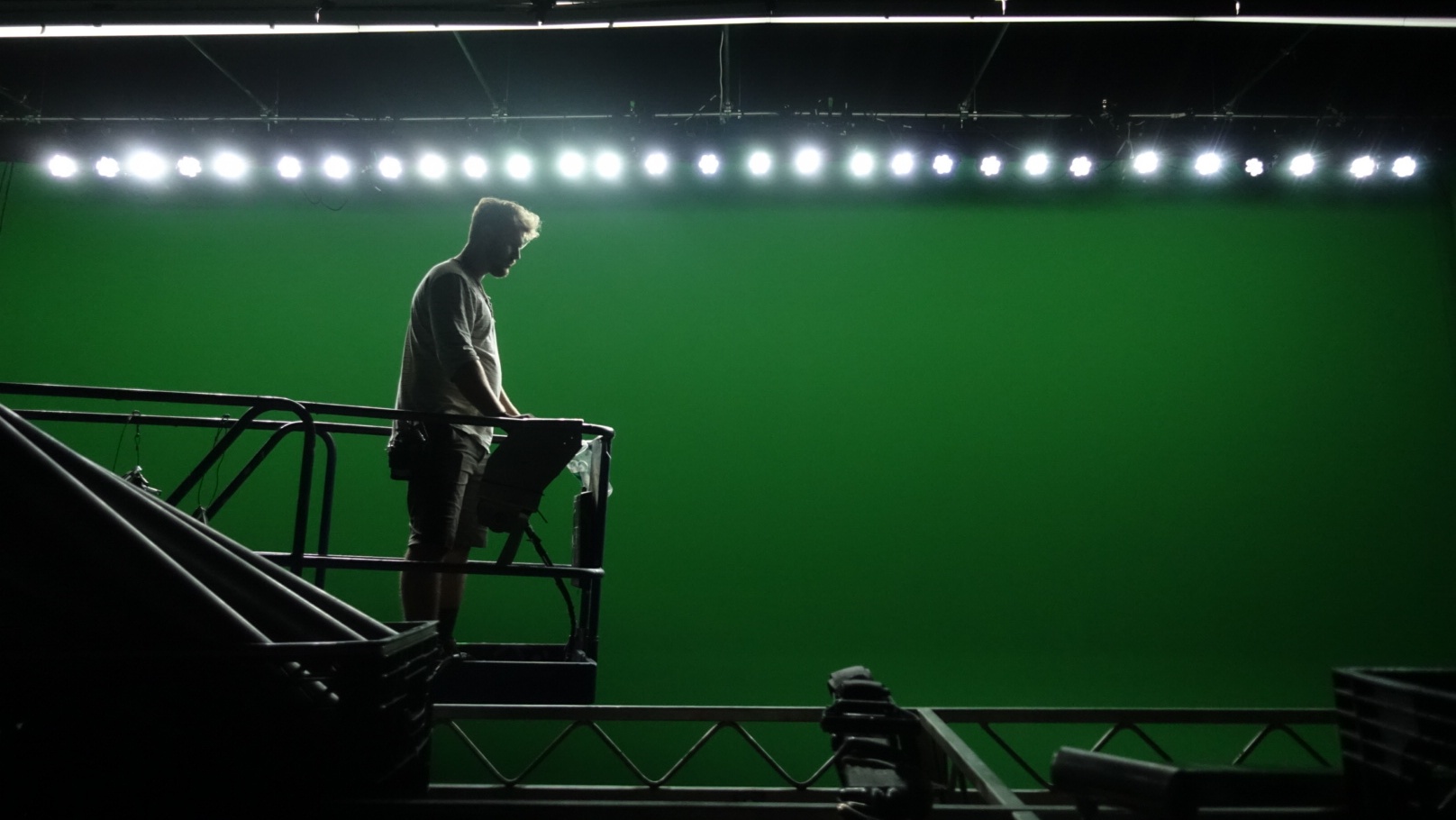 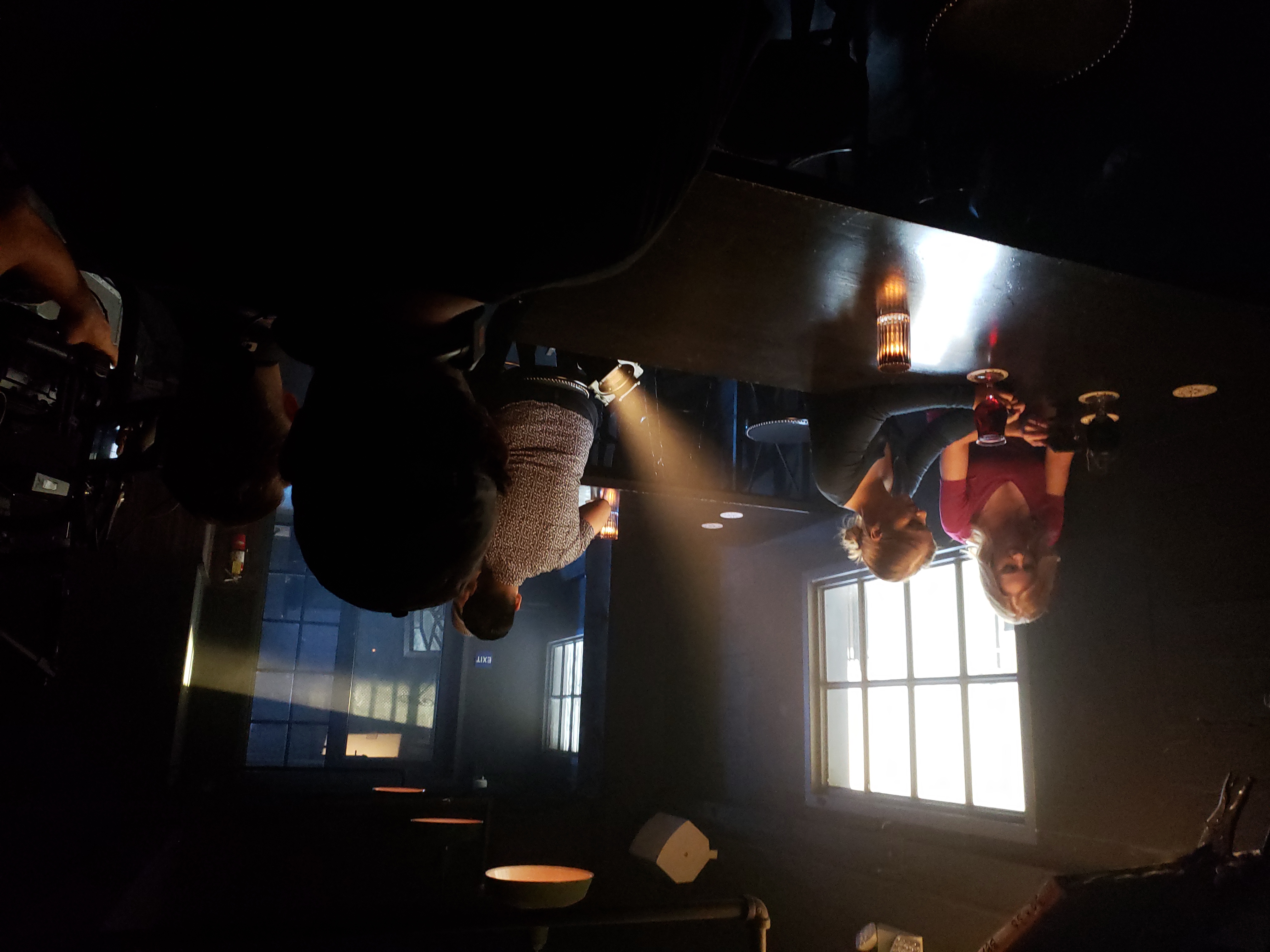 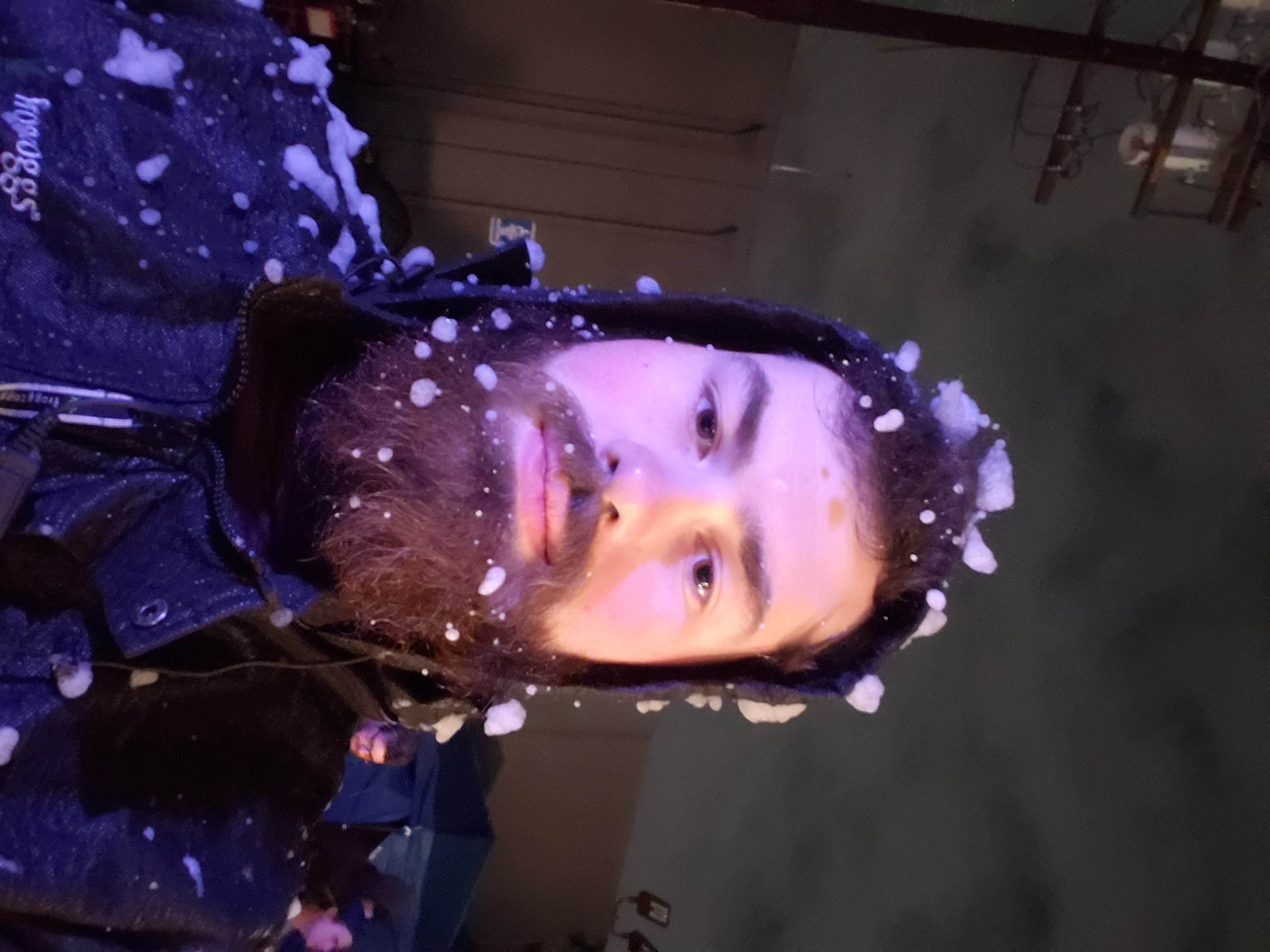 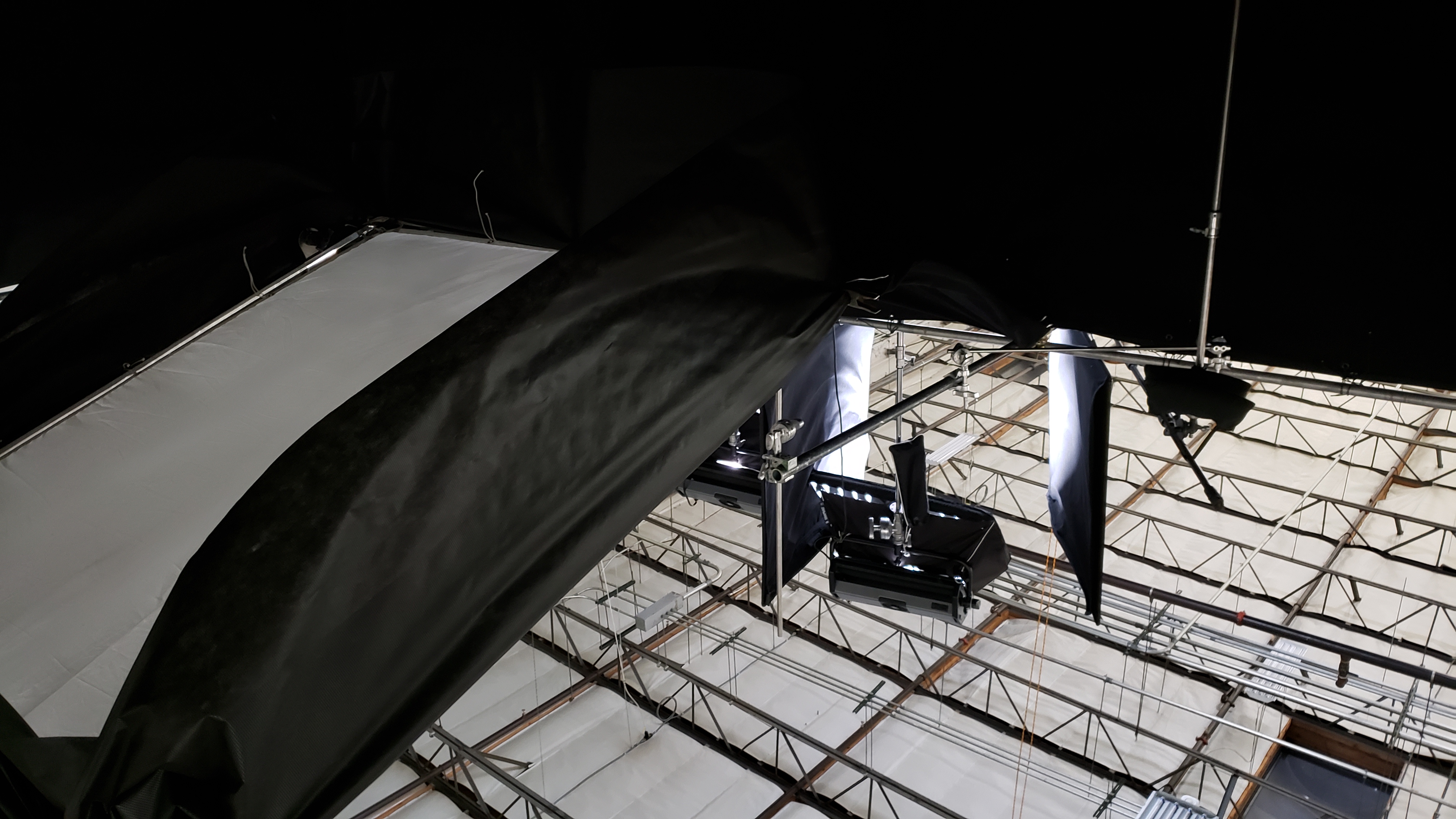 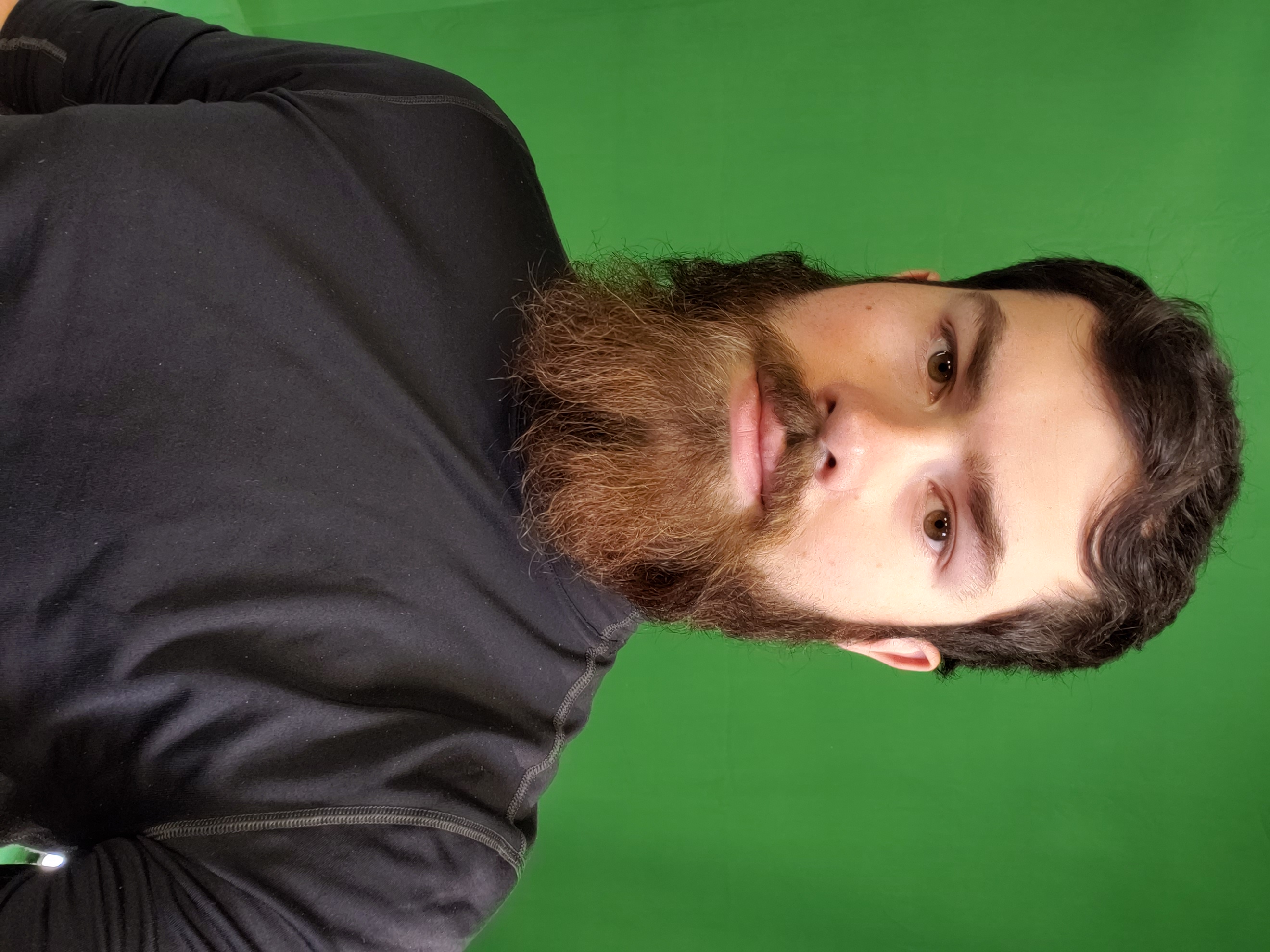