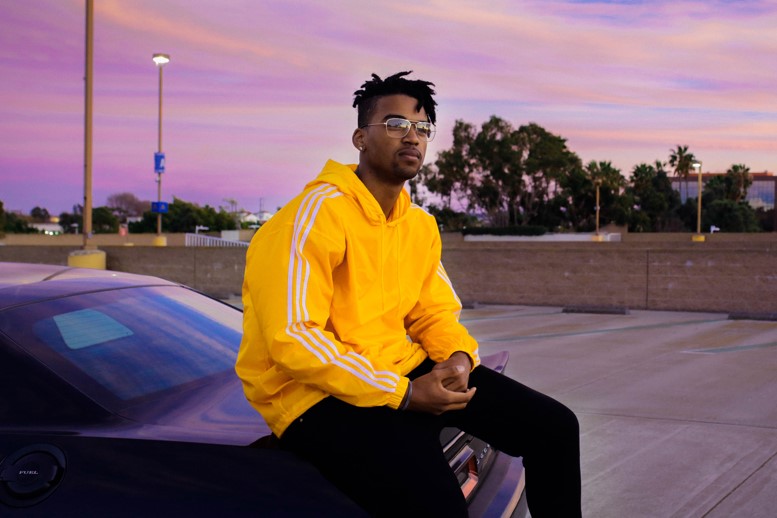 Lami, let’s start with your story. We’d love to hear how you got started and how the journey has been so far.
My parents are immigrants. My mother is from Burundi and is a refugee of the Rwandan Genocide. She overcame a lot to make it to the States to gain a double masters. My dad is German-Liberian and was a touring musician playing world jazz music with great artists all over the world. A year after I was born, we settled as a family in the States on the East Coast and eventually moved to LA where I grew up around the South Bay (more specifically Palos Verdes and San Pedro). Every person in my family plays music, so I had no choice but to adhere to my talents. I started playing drums at age three, with my first concert at the United Nations Headquarters with my dad’s band just before age four. I gained teaching and musicality through growing up and listening to my dad play with different bands, as well as growing up playing in different churches and venues with my dad. I eventually started picking up different instruments that were laying around the music center my dad had. I picked up the bass, piano, guitar, saxophone, flute, and ukulele, among other instruments.

I also wrote a few songs on guitar and piano growing up, but it wasn’t until high school where I started rapping and producing full songs, as well as arranging music for the jazz band I was a part of. My senior year of high school was when I wrote and produced my first EP, which helped me get into different colleges. I ended up choosing the Popular Music Performance major at USC in LA, where I met my current manager who helped me get over 30K plays on SoundCloud for one of my songs. We then teamed up for my first professional project and started working on music videos, branding, and live shows. I’m currently working on my third professional release, and have decided to start over and rebrand, which means removing all my previous content. In this journey, I have also discovered other talents and started to pursue them. I have started to work as an actor, having landed two lead short film roles and a handful of supporting and music video roles. I also directed my first video which is came out May 3rd, and am planning on writing and directing two short films in the next year or so. I produce for other artists around the LA area, and I had a modeling stint with Essentia Water.

During my tenure at school, I have decided to learn as much as possible and dive into as many areas of entertainment as I can, which has led me to scoring several short films/tv shows in the USC film school, taking a dance class, and working at a major label as an A&R intern. Apart from entertainment, I have been very involved in black life and the inner city as well. I have served as President for Brothers Breaking B.R.E.A.D. which is an organization for black men on campus, fostering leadership and community and bringing in mentors such as gospel artist Kirk Franklin. I also have been teaching music for years, especially within the inner city community around USC. Participating in these ventures has given me an additional purpose in life and an opportunity to make a difference in the world. This is something my parents instilled in me, as they have been working in Africa for years supporting AIDS orphans and helping out Burundian refugees. Much of my family in Burundi has had to escape and we have raised money to build a refugee house in Uganda for them. All of this has also provided me an added reason to succeed in life and help out these people in a bigger way than I can right now.

Has it been a smooth road?
Most of my three years of career as a struggling artist has been trial and error, and a lot of falling and learning from my mistakes. I always viewed certain setbacks (like unsuccessful releases) as learning moments and have moved on pretty quickly, so I never felt like I had faced extremely hard struggles until this year. My whole life turned upside down on March 10th, 2019 when one of my closest friends and collaborators got shot and killed on Maple and Adams in LA. Victor McElhaney was a fellow artist and musician from Oakland, and we did everything together, from rapping together on stage to leading Brothers Breaking B.R.E.A.D. to drumming together (he was a jazz drummer that started playing at age three also). These past few months of dealing with this have been the hardest thing I’ve ever had to do, and it turned around my artistic life as well. This is a big reason why I mentioned starting over from scratch because I feel like a different person going through this with a different perspective on life, which then changes my art.

We’d love to hear more about your work.
The music I make is hip-hop and R&B but draws from a lot of different influences like jazz, funk, and House. I like to say that I make conscious black music. I rap and sing, and have been stylistically compared to artists like Buddy and Anderson.Paak. My live performances are hip-hop and jazz-influenced, which means that different shows look completely different depending on the setting. I could turn up a club set with a small band and DJ, or do a festival set with a full 13-piece live band, or even do a stripped down Sofar Sounds set with acoustic instruments. I like to switch things up a lot so that if people have been to more than one of my shows, they are getting a different experience each time.

How do you think the industry will change over the next decade?
In popular music, especially hip-hop, there has always been a duality of party or turn up hip-hop, and conscious hip-hop. For awhile, we have seen the duality exposed with trap artists like Migos and Future, and then conscious artists like Kendrick and J. Cole. The mainstream music in the next 5-10 years looks like it is leaning towards punk hip-hop with trap influences, and the conscious hip-hop will continue to flourish. I am excited for the next 5-10 years because I have seen more and more genre crossovers happening, such as punk hip-hop, jazz hip-hop (Noname), or even country hip-hop (Lil Nas X). The success of more cross-overs in hip-hop gives me hope in the success I can have as someone that likes to blend genres as well within hip-hop. 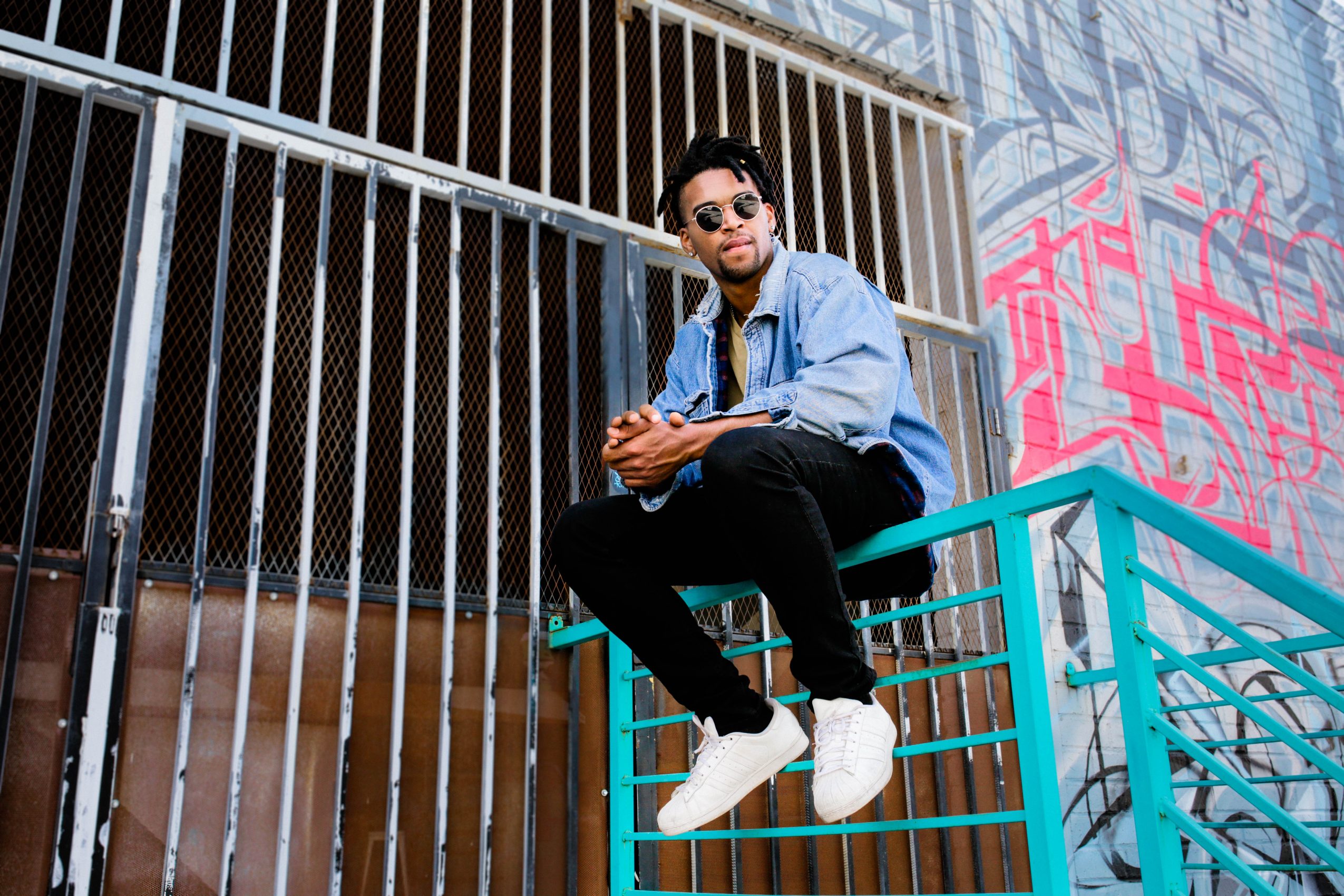 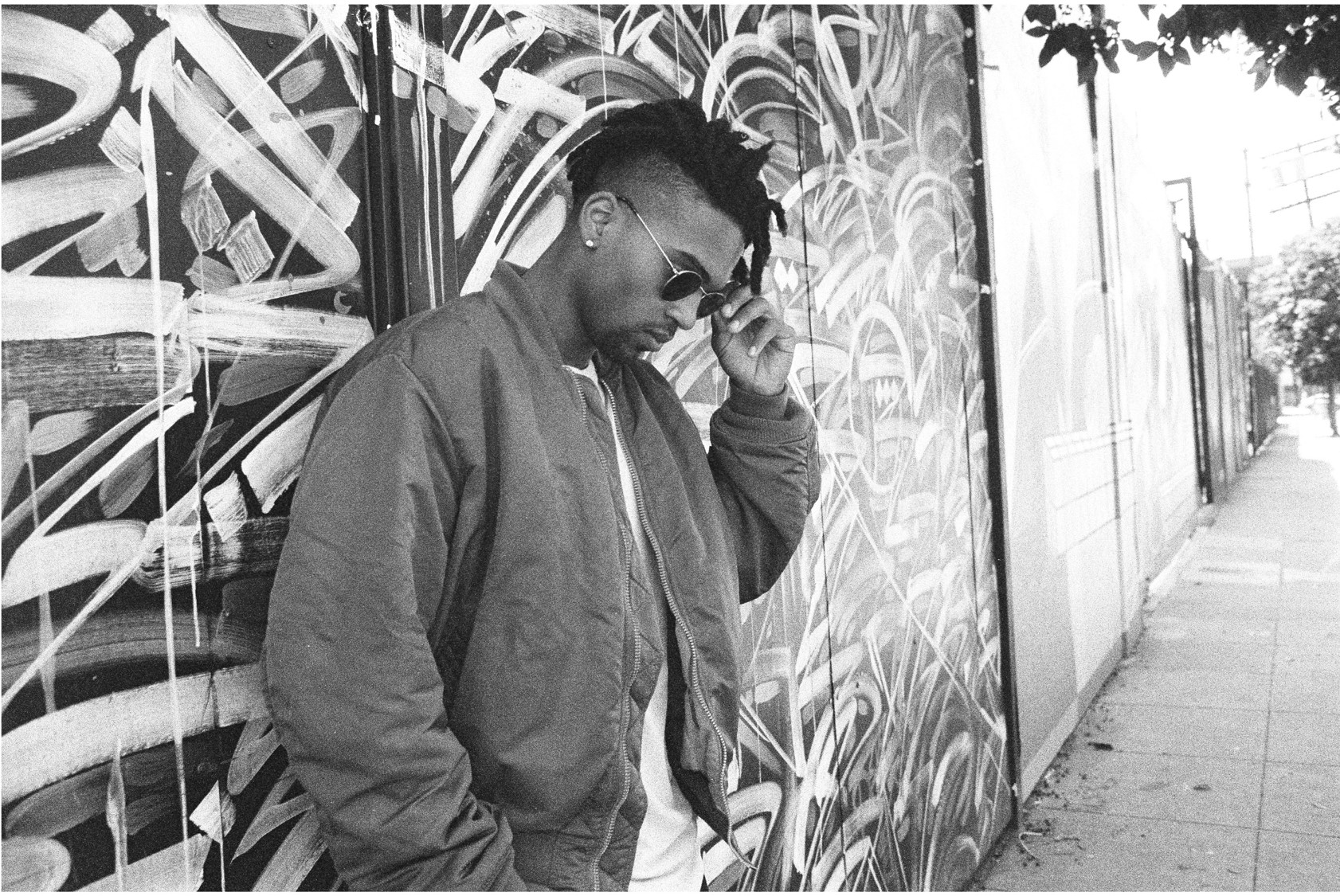 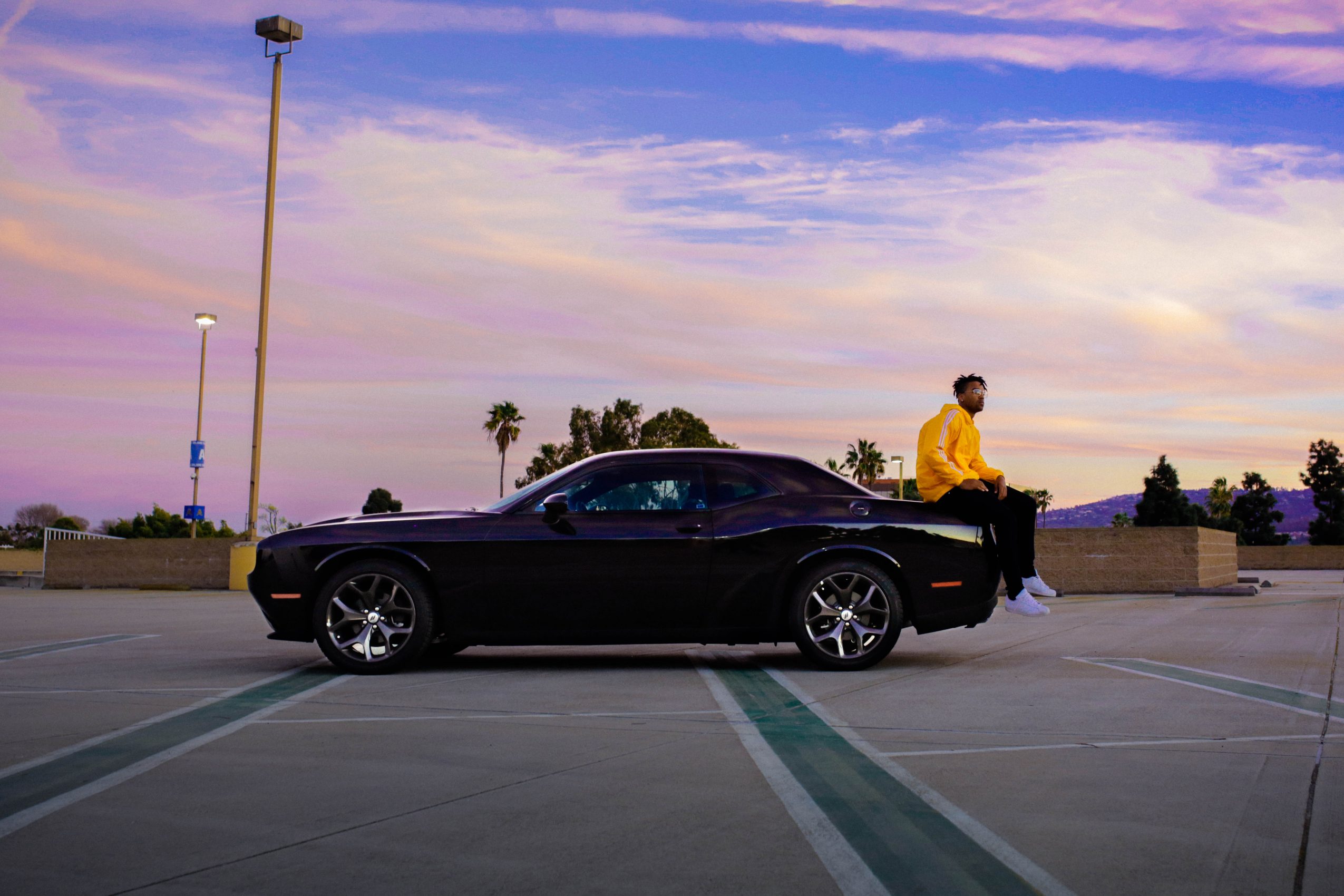 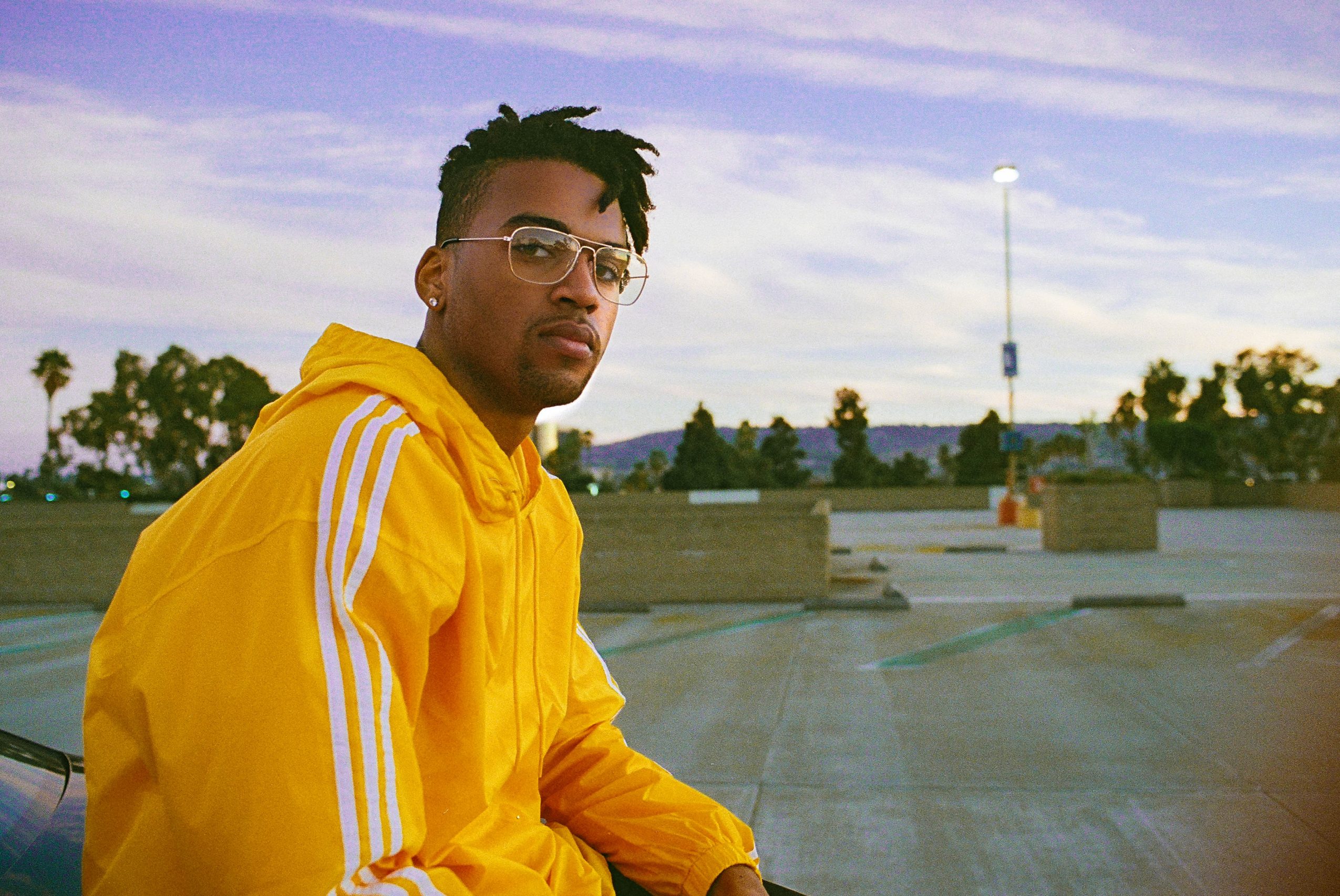