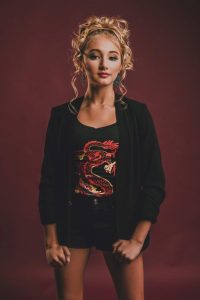 Today we’d like to introduce you to Lacey Caroline. She and her team share her story with us below.

Thanks for sharing your story with us Lacey. So, let’s start at the beginning and we can move on from there.
I was actually born into a family of entertainers – my Dad is a former professional mascot and my Mom was a professional cheerleader. My first real job as an entertainer was as a mini mascot. I got to perform as Mini Hugo – the mini mascot for the Charlotte Hornets at the French All-Star game in Paris and loved it. I performed in halftime and throughout the second half of the game in front of 25,000 fans and also participated in their media day. I realized that I loved performing right then and there. Around the same time, I was introduced to theatre and played “Molly” in my elementary school’s version of Annie, Jr. Back then, I was focused on competitive cheerleading so didn’t do theatre again for a few years. But I did theatre summer camp and I knew I had found my passion! I stopped cheering, started voice lessons and decided to go to Northwest School of the Arts in 6th grade. I got my first local agent and project when I was in 6th grade and that was the beginning.

In three short years, I have worked on a variety of different projects – short films with UNC School of the Arts and other local NC directors, have been cast in a Hallmark Christmas movie, was named the NASCAR on NBC Kid Reporter and worked as the Kid Reporter for Supercross Live, have filmed a tv pilot and am currently working on a feature film. It has been busy and I am so grateful!

Overall, has it been relatively smooth? If not, what were some of the struggles along the way?
Again, I have been quite blessed with the opportunities I have gotten but there have been disappointments for sure. Just recently, I was being considered for two amazing projects – went through call-backs and meetings with producers, but wasn’t cast. It is hard getting so close and not booking – but I have to look at the win of getting that close. Everyone you meet along the way is important and I certainly struggle with why I am not the right one. But there are so many opportunities out there and I know that something big is just around the corner!

If you had to go back in time and start over, would you have done anything differently?
I jumped right from theatre into film and tv acting. If I could start over, I would have spent more time in acting classes to learn the difference between the two – because there are a lot. I would have never doubted myself and taken every opportunity I had to be on stage, in classes or just experiencing every side of entertainment. I would always believe in myself and listen to positive feedback from my incredible team. I am super hard on myself and am trying to wake up each day and be thankful for where I am, what I have done and what the future holds!

And to wrap up, if the team could just share any other details they’d like our readers to know?
Lacey Caroline is an American child actor born in Charlotte, NC to Lyndsey (Harris) and David Stogdill. Her mother is a corporate event planner and former professional cheerleader and her father is a professional mascot. Of English, Irish, German and Japanese descent, Lacey began following in her father’s footsteps at a young age and performed as several mini versions of Charlotte-based mascots, including at the 2015 French All Star Game in Paris, France. After seven years in dance and competitive cheerleading, Lacey changed her focus to acting and jumped into the world of community theatre. It was in one of her first productions that her extreme talent was noticed and she was referred to her agent.

Lacey’s big break came with her being cast as Mariah in the 2019 Hallmark Hall of Fame movie, A Christmas Love Story directed by Eric Close. Soon thereafter, she was named the NASCAR on NBC Kid Reporter which led to additional guest host and reporter jobs with NBC, NASCAR, and the Monster Energy Supercross series. She then landed her award-winning role of Jamie in HARBOR ISLAND and is currently filming feature film, MATCH STRUCK. Prior to this, Lacey appeared on episodes of Evil Lives Here, It’s Supernatural, on Lifetime’s Terror in the Woods and in numerous short films, commercials and music videos. In her spare time, Lacey loves playing video games, dancing, singing and hanging out with her family, friends and her three fur-babies. Lacey is also a passionate advocate of equality and human rights. 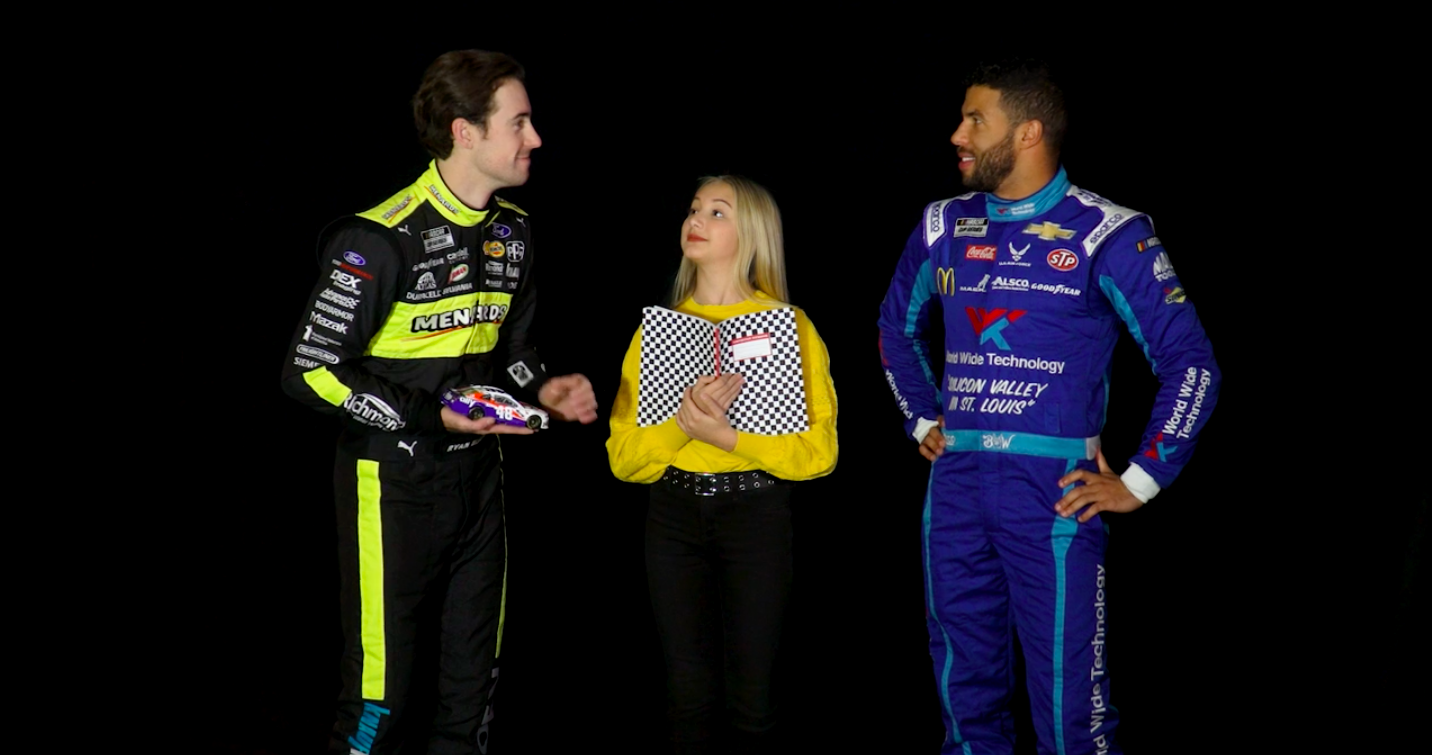 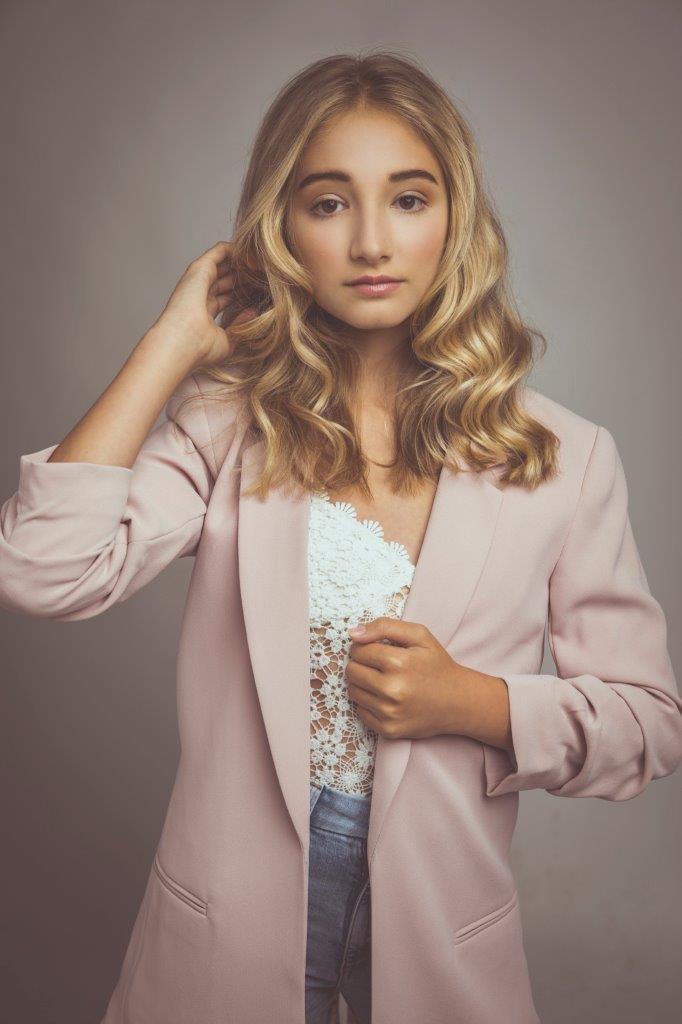 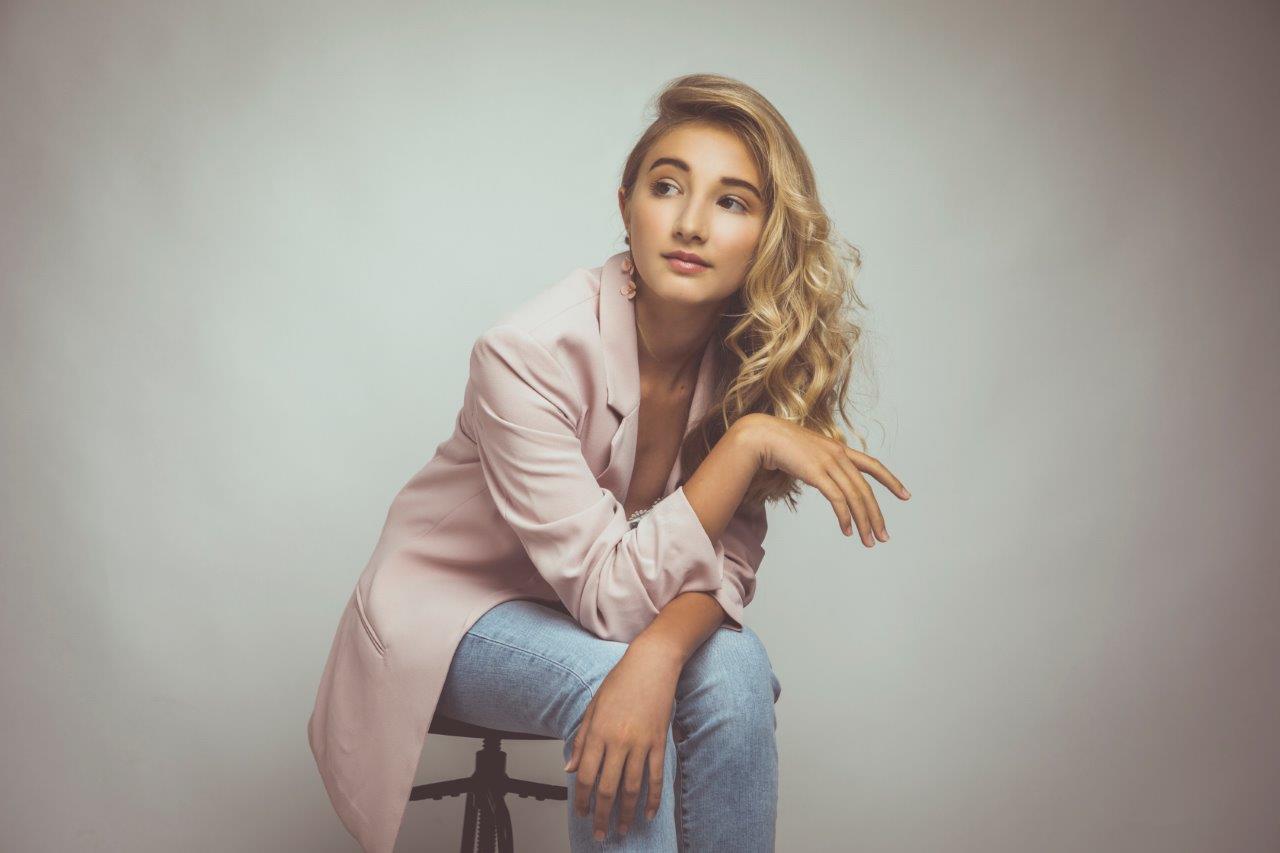 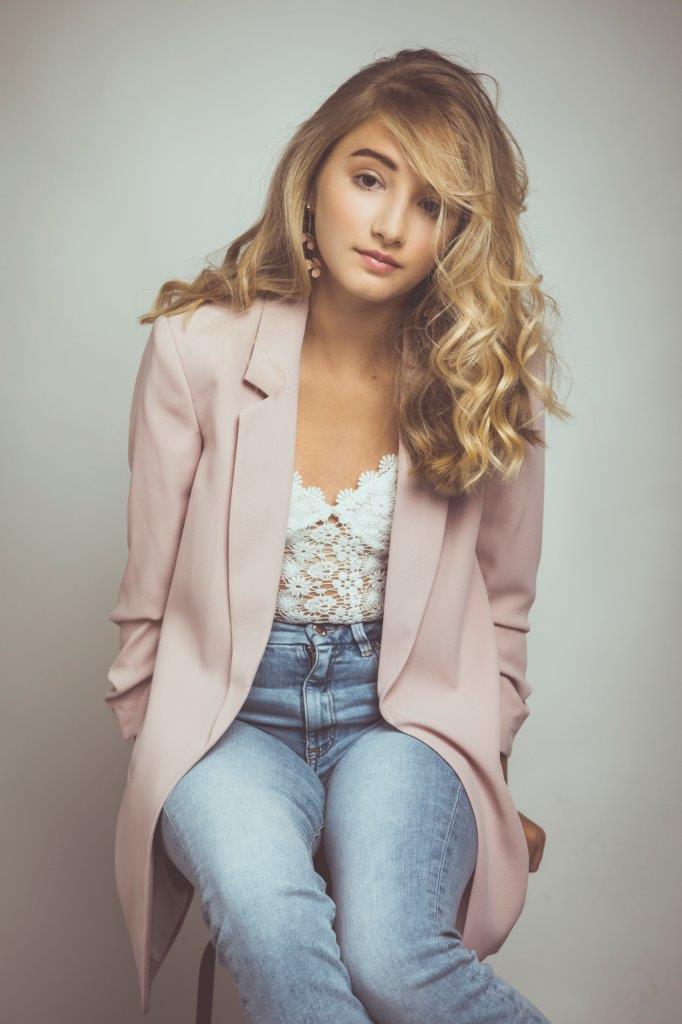 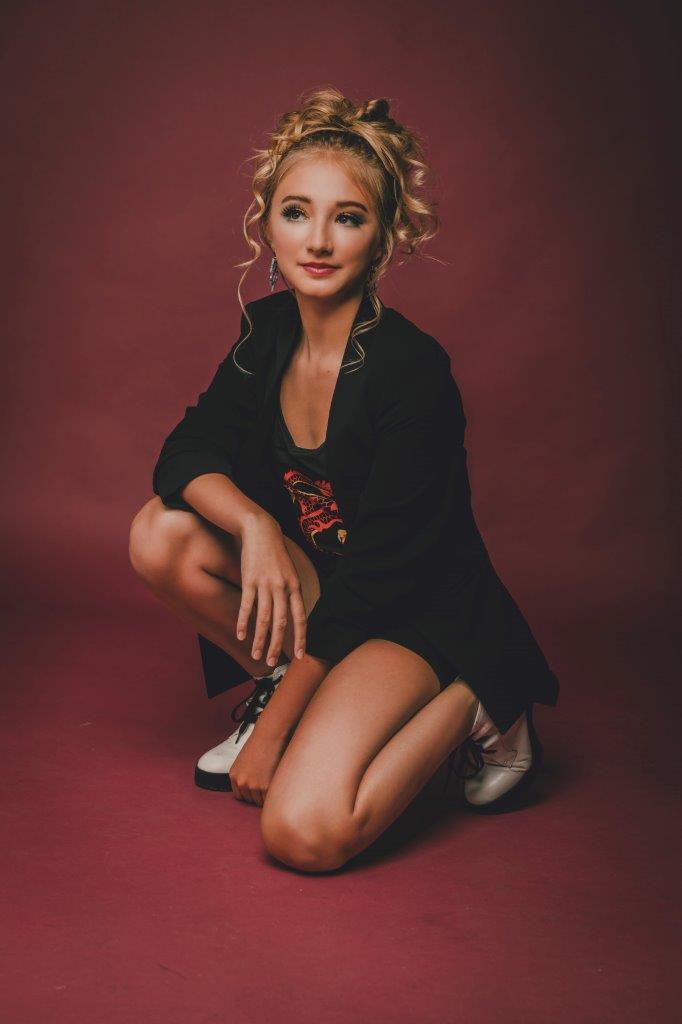 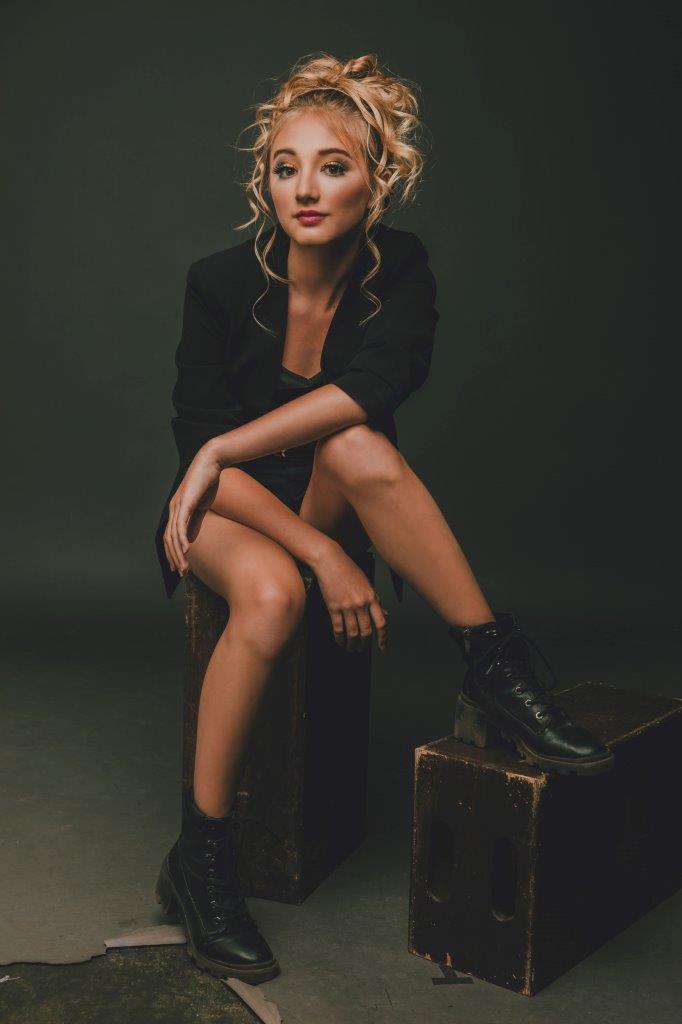 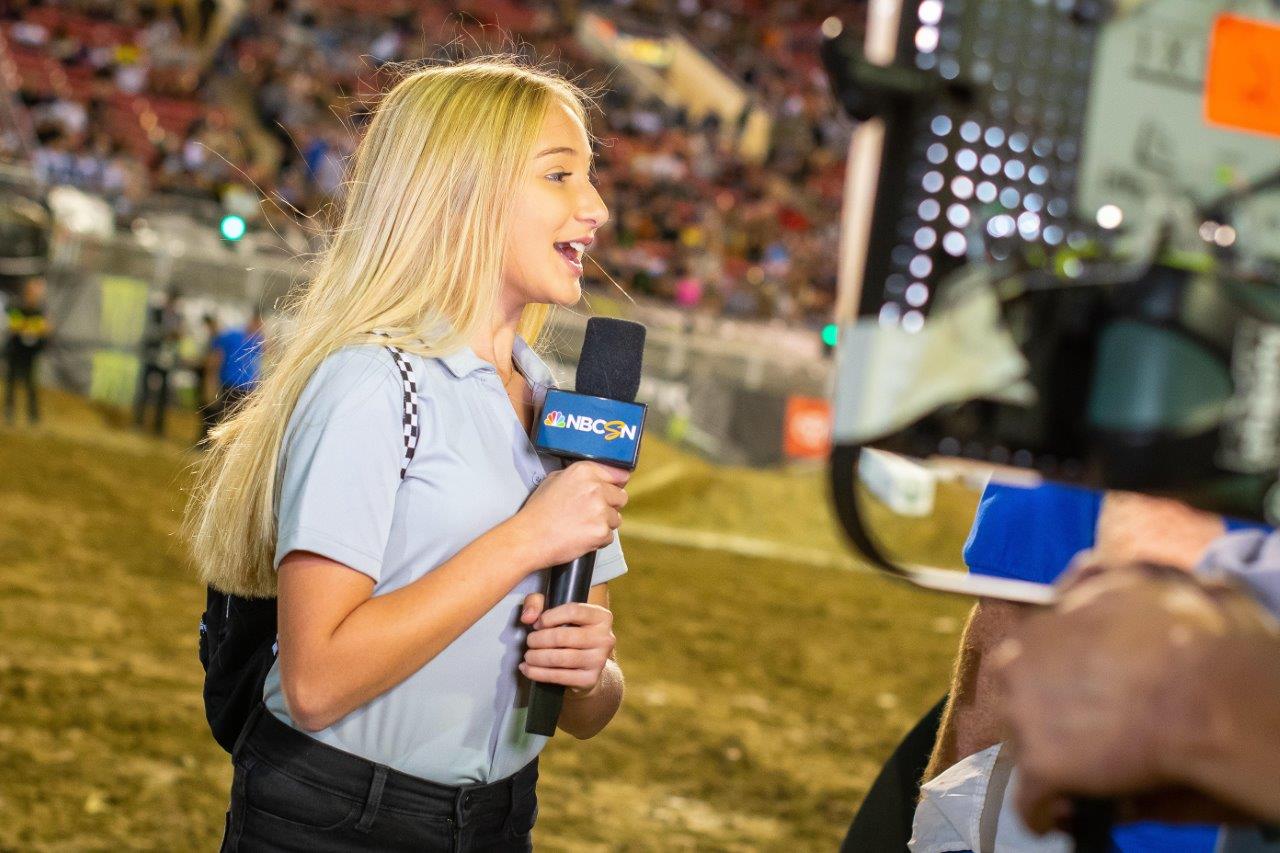