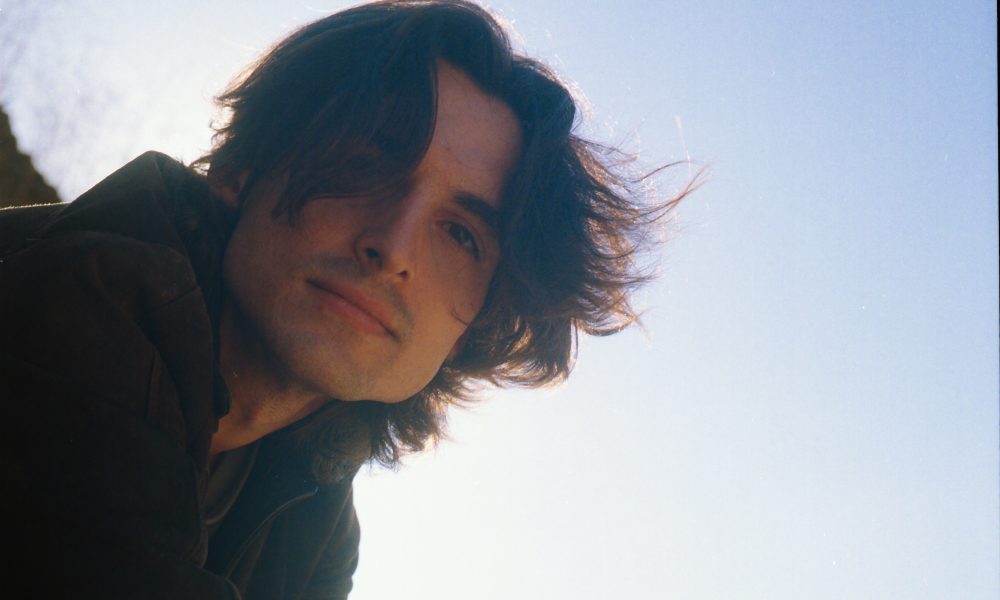 Today we’d like to introduce you to Nick Samson.

Thanks for sharing your story with us Nick. So, let’s start at the beginning and we can move on from there.
When I was growing up, my dad played in dozens of bands, of all genres, all throughout Cleveland and Northeast Ohio. As a little kid, I would take every opportunity I could to tag along at his rehearsals and recording sessions. He’s a drummer and vocalist. I spent hours studying his every move. That’s how I learned. I would sit in the corner of the room, sometimes at our house, sometimes at his bandmate’s, and take it all in. If it was a super late session, we would stop at a Dunkin’ Donuts or Steak ’n Shake drive-in on the way home. Those are some of my favorite memories growing up. I wanted nothing more than to immerse myself in music and spend time with my dad. So naturally, I fell into playing drums. I’ve always enjoyed singing and creating new harmonies when listening to music, even if those parts don’t actually exist in the song, which is what he’s always done, and that has influenced how I write those particular parts in my own work.

I really didn’t consider music as a career until my senior year of high school. I played in a hard rock band for almost two years but eventually felt the need to move on from my hometown of Chagrin Falls, OH. It was important for me to get out on my own and experience life outside of my little suburban bubble, so in 2013 I moved down to Columbus to attend The Ohio State University. Probably a month or so after, I received a random email through this music club newsfeed from someone named Eric who said his band Captain Kidd was looking for a drummer. That email turned into almost six years making music and traveling with a group of guys who became my best friends. In that span of time, I developed so much as an artist and my taste in music changed quite a bit. I began diving into the world of alternative pop, with artists like Foster the People, Tame Impala, and Arctic Monkeys as well as some electronic-based artists like Jamie XX and Rufus Du Sol. Attending a large university in a city like Columbus definitely had an impact on me as well. Columbus has a wonderfully diverse arts scene, and I wouldn’t be who I am today if I hadn’t spent all those years there collaborating with some super talented people and honing my craft along the way. I had been planning for many years to move to Los Angeles, and in November 2019, I finally made the jump, along with my wife Dani and our cat Dahlia. I wanted to focus 100% on my music project La Poré and continue growing as an actor, and I knew this was the place I needed to be.

Has it been a smooth road?
The life of a creative is never an easy one, and I knew living LA was going to require me to work harder than ever. Luckily, I moved out here and quickly found a job to support myself and that gave me flexibility to write music and attend auditions. I was advancing my acting skills at The Marjorie Ballentine Studio, and I had just finished wrapping up two short films at the beginning of March. It wasn’t all smooth, but I was making progress.

Then just four months after our cross country journey, COVID hit. I was out of work for a couple of months, and of course the entertainment industry has been forced to either halt or change drastically to deal with these changes, which has been difficult to say the least. On top of a global pandemic, our country has been hit hard by acts of racial and economic injustice, all in the midst of arguably the most important presidential race in American History. It’s scary to think about, and it’s forced me to examine my place in the world. I truly believe real change will come and that art can provide comfort and healing as we progress forward. I hope my art can have that impact for those who need it.

Can you give our readers some background on your music?
2017 was the year I sort of came out of my shell. For most of my career, I was the one in the background. I was “The Drummer.” It was difficult for me to express myself as a musician, as well as in my personal life. I began writing some overtly dreamy 80s pop demos for fun and to amuse my friends. Little by little, I began to develop a sound and I put all of my free time into these demos. I would spend hours shuffling through synth tones and making beats until something inside me clicked. I often work the same way when I write now. So after a while I figured, “Hey, I have all of these bedroom pop demos, maybe I should flesh them out and release something myself. Why the hell not?” I decided on the name La Poré after my mom’s maiden name LaPore. I never anticipated it being something I would eventually put all of my focus on.

I released a single in June 2017 called “Close” with absolutely zero expectations. My second single “Sad Girl” received some love on Hype Machine, where Kistuné Musique, a music and fashion label out of France and Japan, took notice. A few months later, they asked me to write a song for their collaboration with the NBA for the 2018 All Star Weekend. In just a few days, I wrote “Missing It” with my friend and producer Kyle Kanzigg and my brother Joey. The song was featured on the 18 song compilation album, Kitsuné America 5: The NBA Edition. Fast forward a few months, and I received notice from Kitsuné that this Netflix comedy called “The Perfect Date” wanted to include the song in the film and on the official soundtrack. It was surreal. I’ve continued to work with Kyle since then, releasing “Green” and “Cheap Red Wine.” He’s such a talented and prolific writer and producer.

It was tough to juggle between Captain Kidd and La Poré for two and a half years. Around the same time, I discovered my love for acting. I had always been interested in trying it out, but I didn’t make the leap until my friend Frank encouraged me to attend an audition with him. To my surprise, I received an offer for a role. I was hooked immediately. My first role was Gremio in Shakespeare’s “The Taming of the Shrew.” There I was, this 24 years old kid with zero acting experience, performing the role of a rather creepy old man. I continued acting in the Columbus Theater scene, signed to an Ohio agency, appeared in some commercial and ad work, and eventually began collaborating with some of the city’s young and upcoming filmmakers at Film Forge and Loose Films. Loose is currently working with the IFP Filmmaker Labs in preparation for the release of their film “Poser,” which both my wife and I appear in. I’m incredibly excited about that. My wife Dani Michaux Samson and I got married in July 2019. She’s a painter and mixed media collage artist and has her own company, Calico Flower Studio, which everyone should check out.

2020 has been crazy, but I am looking forward to continuing to grow as a musician and actor here in Los Angeles. I’ll be releasing music on September 18th, with a new song out every month up until the end of the year. I’m taking life day by day and trying my best to always be present.

How do you think the industry will change over the next decade?
It’s really difficult to answer this during a pandemic lol. I never thought that something like this would occur and have such an impact on the music and film industry. Live performances have been forced moved to virtual platforms and that has made it really tough for myself and my friends in the industry who have committed their lives to this. Whether or not this is something that continues to be the norm, I have no idea. It’s hard to imagine a world without live entertainment in the long term. The film industry in many ways was already leaning towards streaming being the norm, but there’s just something about experiencing a new film in the theater with a bag of buttery popcorn and enormous soda that people miss and will always go back to. I think artists will continue to find ways to adapt and create under even the most unexpected circumstances. 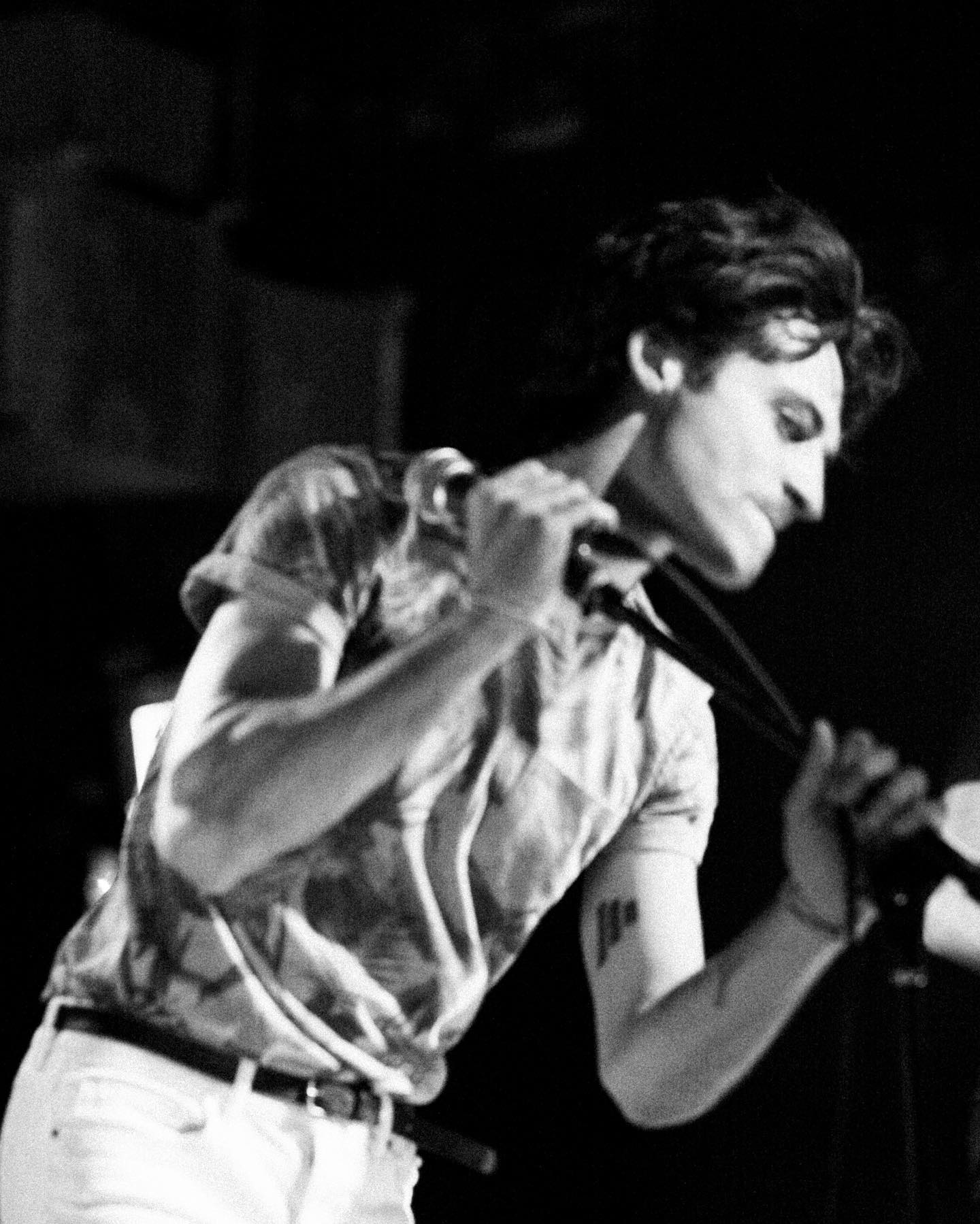 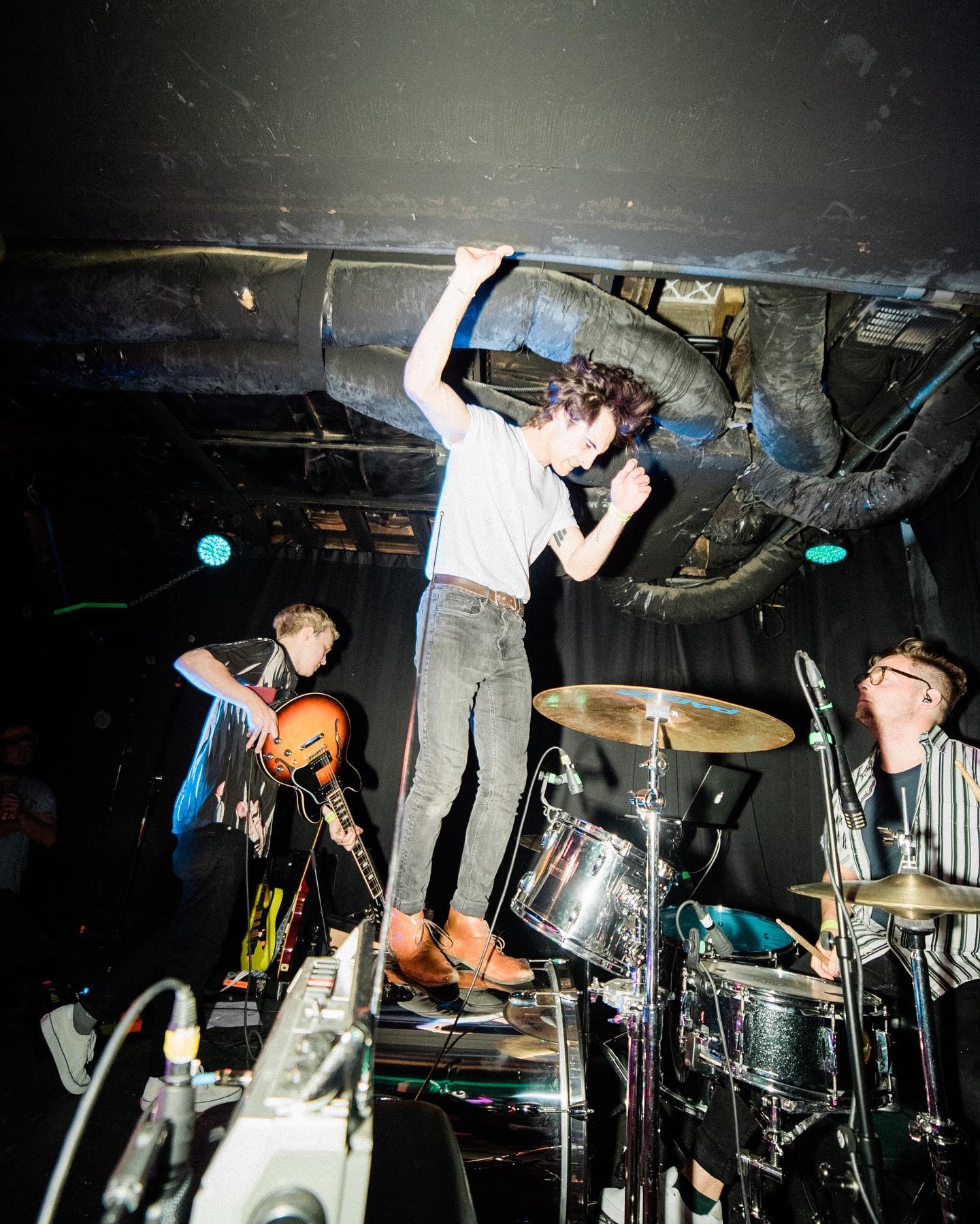 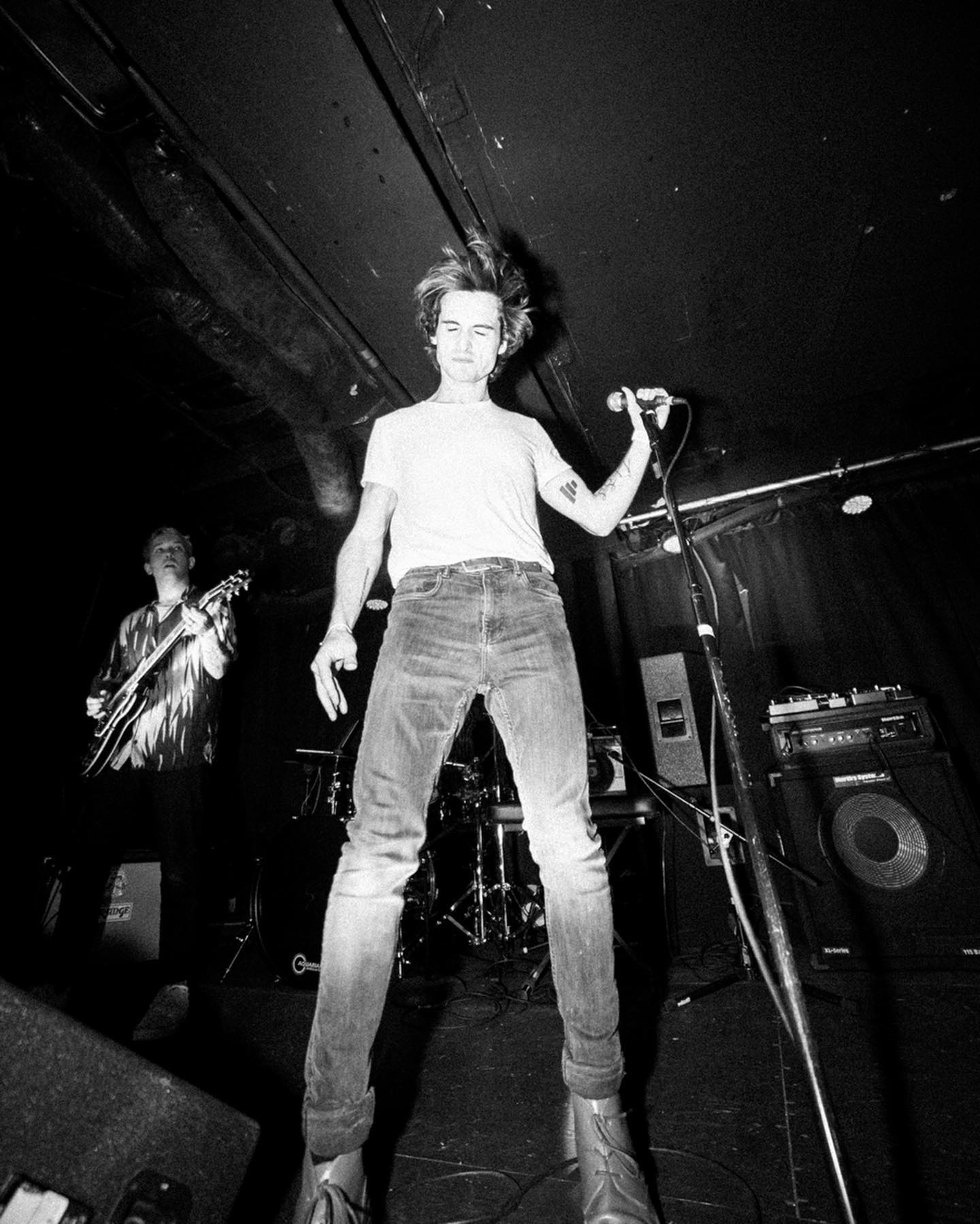 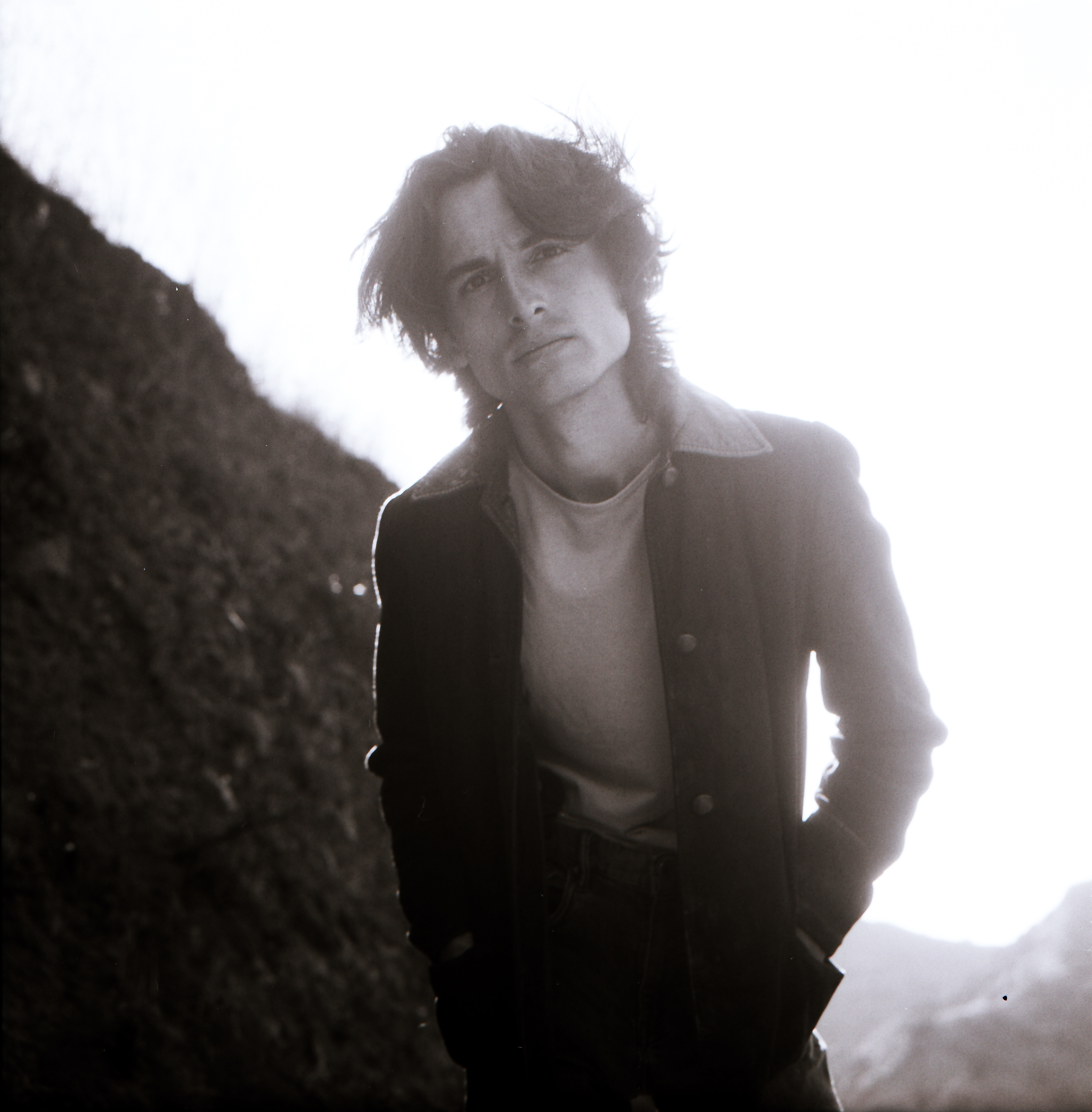