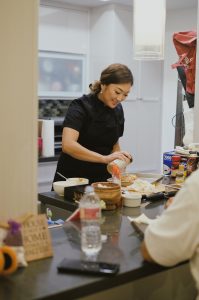 Today we’d like to introduce you to Kyoung min (Debi) Min.

Hi Kyoung min, so excited to have you on the platform. So before we get into questions about your work-life, maybe you can bring our readers up to speed on your story and how you got to where you are today?
I remember watching “Iron Chef” when I arrived in America 20 years ago. I was captivated by the chefs running around with their sweat stained chef coats yelling at their sous chefs to “Hurry Up!!!” I loved the charisma sparkling in Chef Morimoto’s eyes and the ambition in his carefully crafted dishes. To me, that moment embodied perfection; I didn’t know how, but I knew that exact position is where I belonged, and I was ready for every obstacle to get there. At 17 years old, I began as a server at a local mom and pop sushi restaurant. Then it dawned on me, I have never seen a single female sushi chef at any sushi restaurants I’ve been to. In fact, My query led to a unanimous response-sushi is a sacred man’s world, where women fail to thrive in and perceived as lacking the stamina or potential to work behind the sushi bar. It hit me that this might lead to my “Iron Chef” moment, and begged my former boss to work behind the bar. She rejected the idea pretty instantly and dozens of more times after that. I was persistent and annoying but she finally gave in. I got offered as a probationary period to work behind the bar, sans pay, basically an unpaid internship. I also insisted my head chef to mentor me, and he was beyond stunned yet willing to teach someone who was so eager to learn.

My long journey as a sushi chef finally began at the ripe age of 19. Like a runaway train, I have since never stopped. Looking back over the 14 years as a chef, I cannot imagine myself anywhere else, but right here in a bustling kitchen trying my best to create a new dish that represents my passion and beliefs.

Around February 2020, I spent my entire savings on moving to DTLA, along with materials purchases to do pop-ups. Then, March 2020 came around: the Pandemic lockdown. Like many, I took a big hit and had to pause any future pop-up plans. I was devastated, but I needed to do something to stay afloat.

At first, I created sushi boxes with all my personal favorite foods for just friends and family at home with my mentor, Chef Lee. Then word got out and we started getting busier and busier. One of my friend’s boyfriend, David So liked my bentos and what I was doing and made a short youtube video featuring my work and it went uphill from there. Once Chef Lee had to go back to his own work, I asked my amazing mother to come work with me. It was one of the greatest decisions I ever made. She started inputting a lot of amazing ideas, including the decoration of the chirashi boxes and the traditional Korean wrapping with a small bouquet. With the combination of my favorite foods, Chef Lee, my mother, the Debisushi Chirashi boxes were born.

Alright, so let’s dig a little deeper into the story – has it been an easy path overall and if not, what were the challenges you’ve had to overcome?
It has not been a smooth road for me since I first started my journey as a sushi chef. While working behind the bar, I discovered a new norm; gender and racial discrimination. Customers seated in front of me would openly demand a male Japanese sushi chef instead of me to the owner. There were times when patrons treated me like an entertainer instead of a chef and became enraged when I refused to drink with them. My then boss would also get mad if I were to refuse to drink with my patrons. There were numerous times when I teared up right in front of them and in front of my all-male coworkers who deemed me as a burden. I didn’t get paid until later but didn’t know that problems will surface once I started getting paid and was treated as equal as my co-workers. Some showed their discontent at the fact that I was splitting tips with them even when I was still learning and was the youngest. Few were understanding and nice, always willing to teach me.

Then there was the side of sexual harassment, condescending remarks, unequal pay that were constant struggles throughout my journey at the majority of my previous restaurant employments.

I had to toughen up every day and grow thicker skin. Realizing that this would not be the easiest road for me, I promised from that day to never use the woman card. When times got rough and people openly doubted that I would make it as a sushi chef, it only reignited my desire to become a better chef.

I have since worked at many different sushi restaurants, including Morimoto Napa, Blue Ribbon and Water Grill.

We’ve been impressed with Debisushi, but for folks who might not be as familiar, what can you share with them about what you do and what sets you apart from others?
I specialize in “debified” chirashi boxes, which are myriads of sashimi on top of sushi rice. My boxes are definitely different from others because it is made to be a gift for yourself and your loved ones while having lots of Korean influences in and out. It is beautifully wrapped in traditional Korean wrap that we custom make and ship from Korea. My mother also picks out seasonal flowers and makes small bouquets to go with that special wrap. Not only that, I receive my fish from 4-5 different fish vendors. I get the best/specialized fish from each of these vendors. It is more work, but this is the only way I can ensure the best products for my boxes. My mother also helps me grow all of the micros, including micro violas, nasurtiums, pea shoots, cilantro and others.

I know that many people can get a chirashi from a local sushi store that is on every block in Los Angeles. So I have decided to make sure I not only put the best quality ingredients but to make each different fish into my own hence I call these boxes “debified boxes.” I only use premium rice that is specifically made for sushi. I marinate big glory bay/ora king salmon (best salmon you can get here) for two days. I also marinate blue fin in seasoning for two hrs and boil it quickly to change the texture and taste. I have sauces/seasonings for many different types of fish unless it is a fresh premium fish that is flown directly to me from Japan. I also use many different types of eggs, such as dashi marinated salmon eggs, two different types of caviar and smoked trout roe. The box also includes A5 miyazaki wagyu, unagi, uni, and candied pistachios & sunflower seeds, I also give either fishcharrones (freshly fried pollack skin from my home town Daegu, Korea) as an appetizer or/and Kaya toast (coconut pandan jam) as a dessert.

What were you like growing up?
I was shy but was very passionate about the things I liked since I was young. I was always interested in food & restaurant industries. I absolutely love working out, wine, and animals. 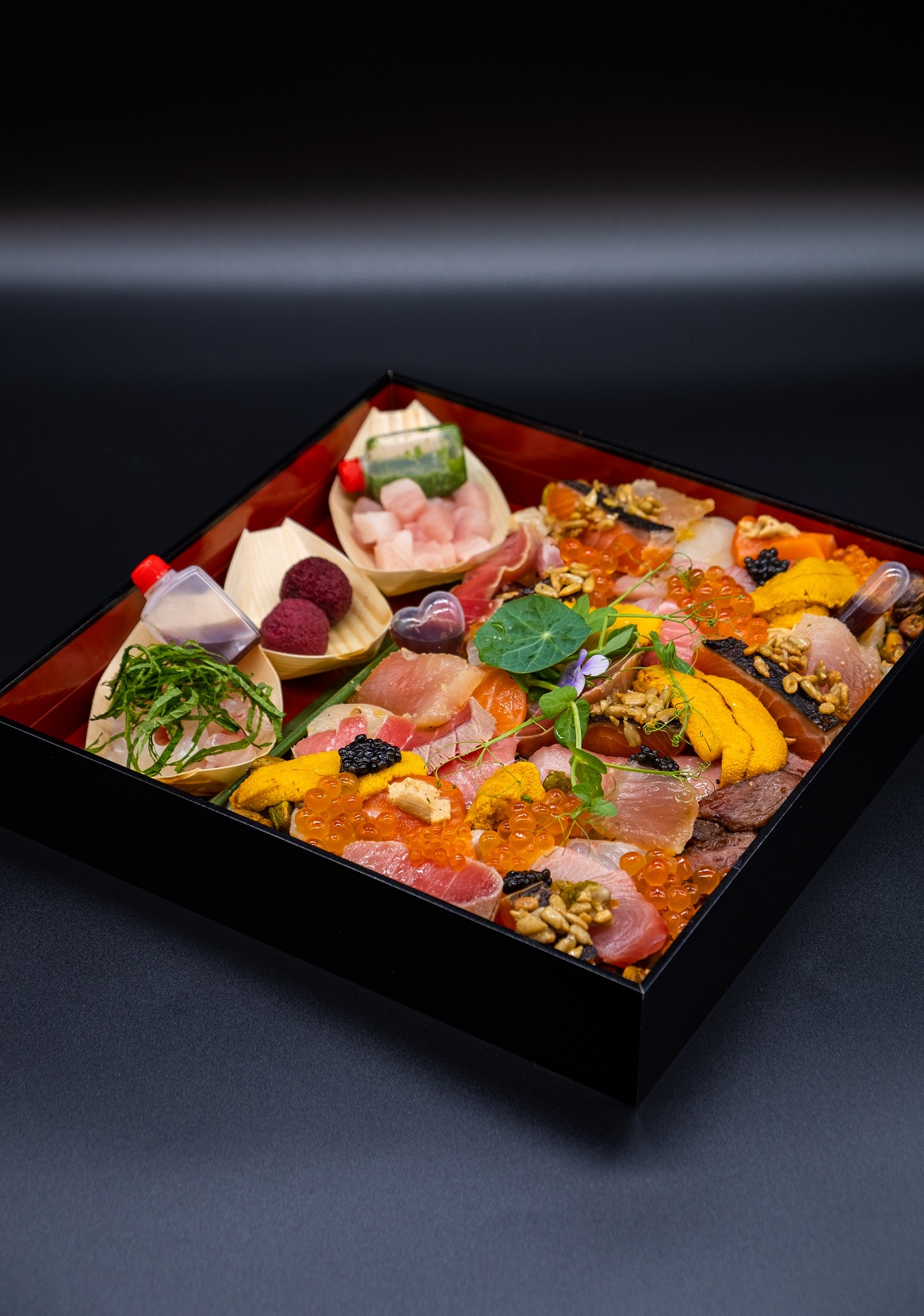 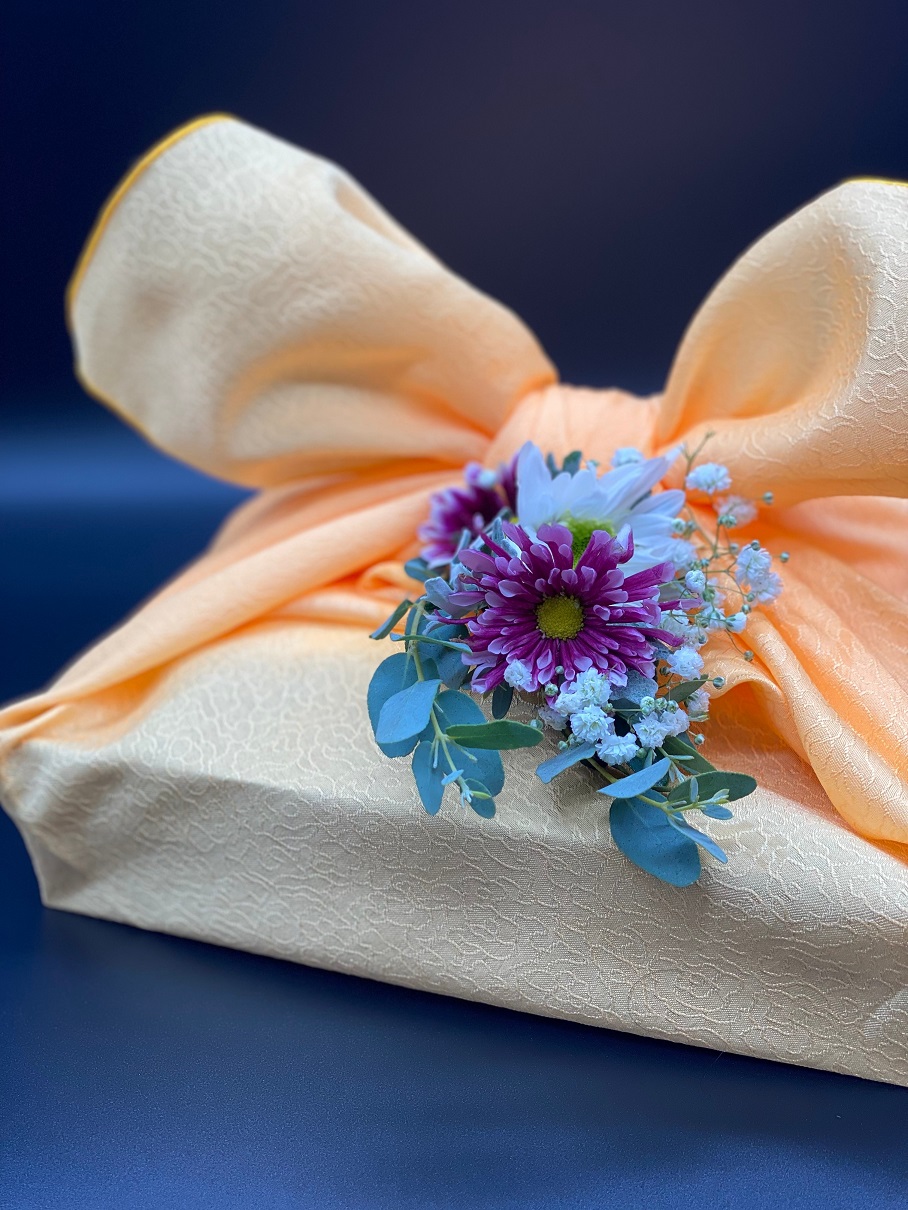 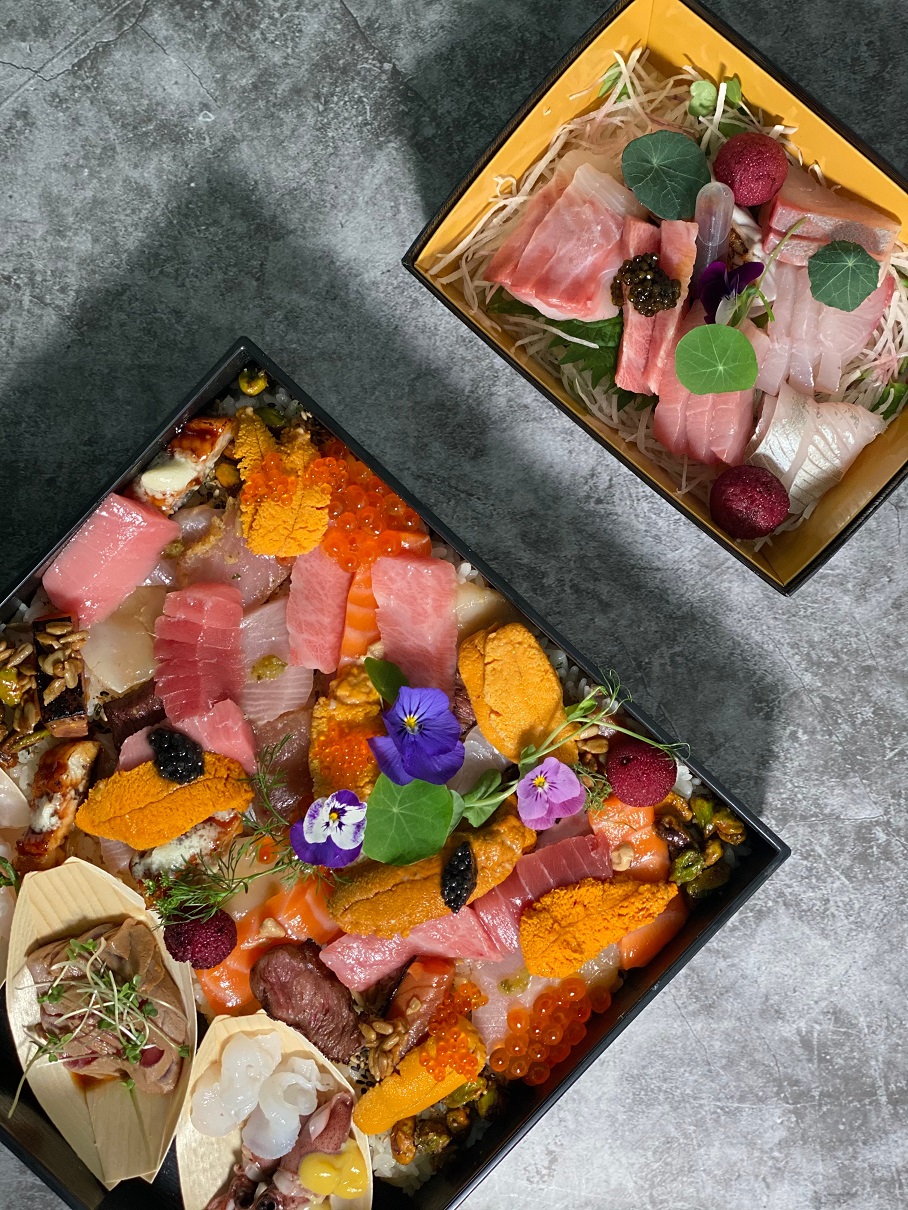 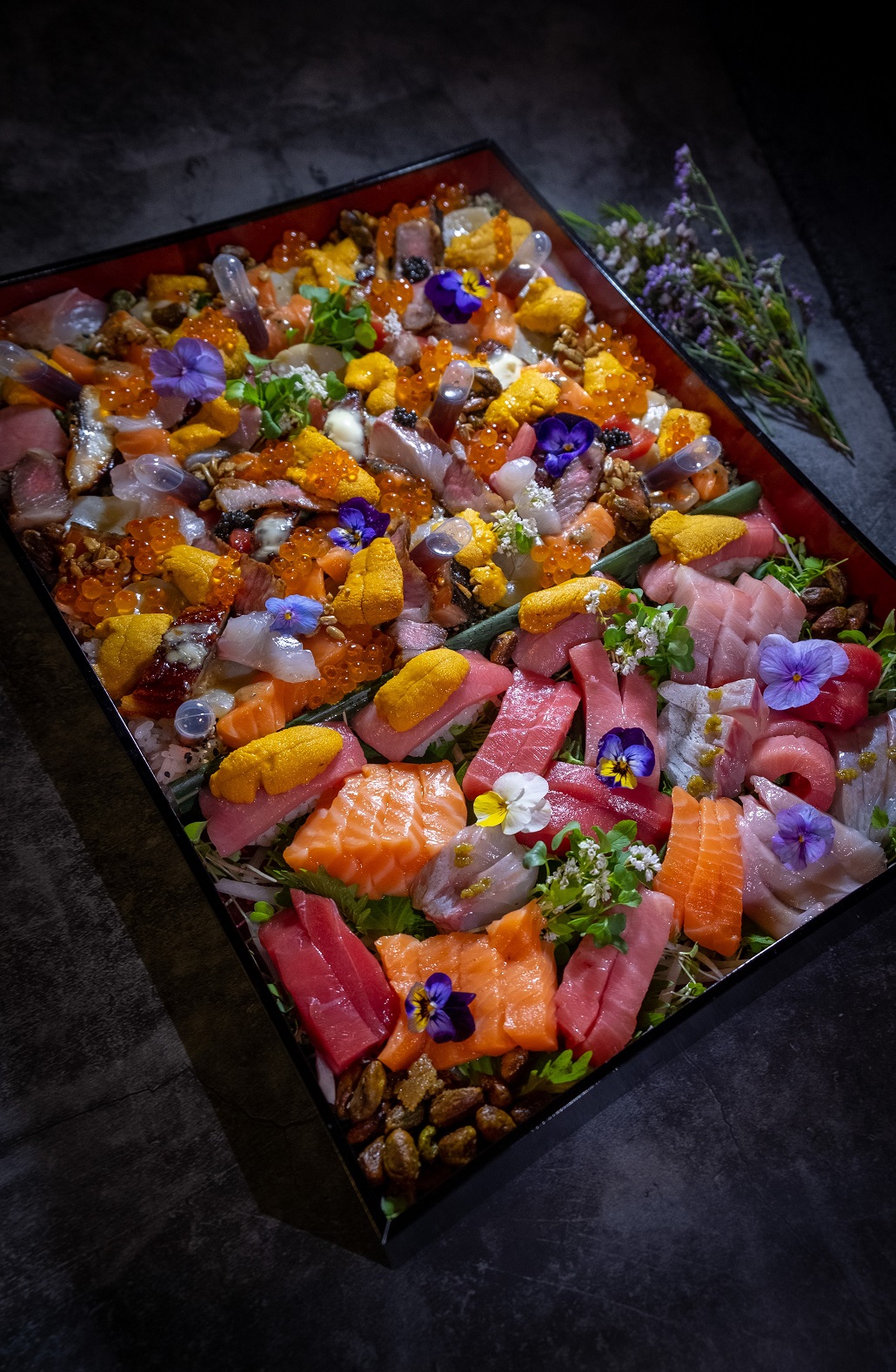 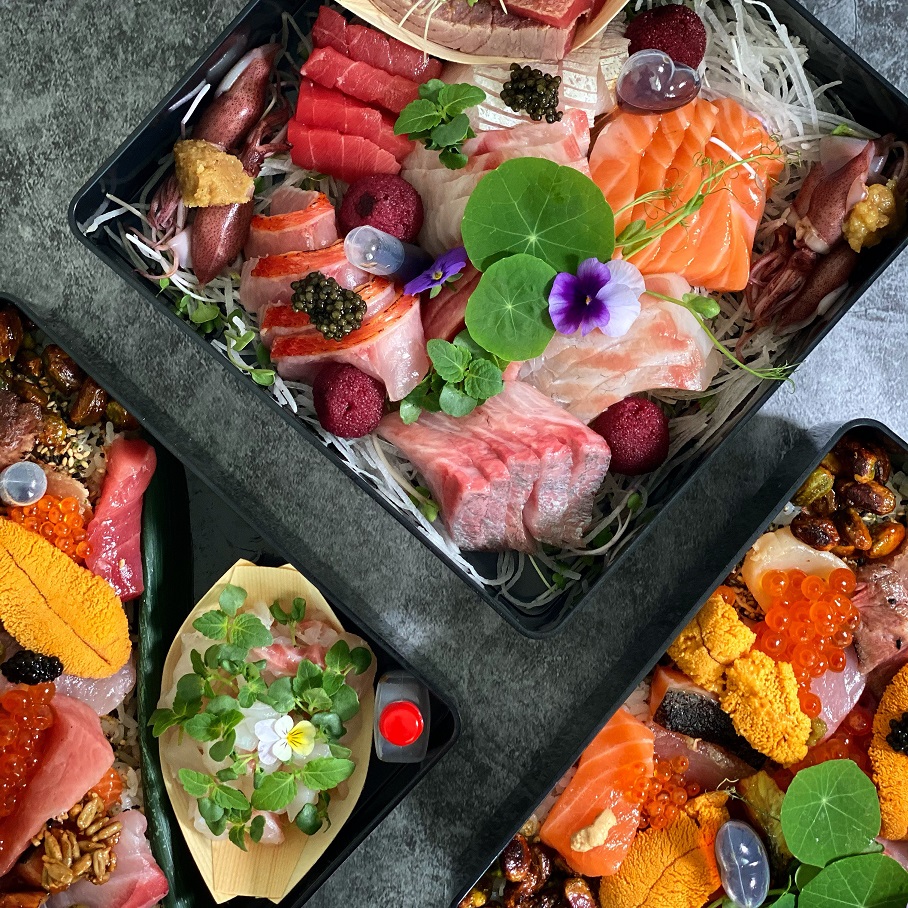 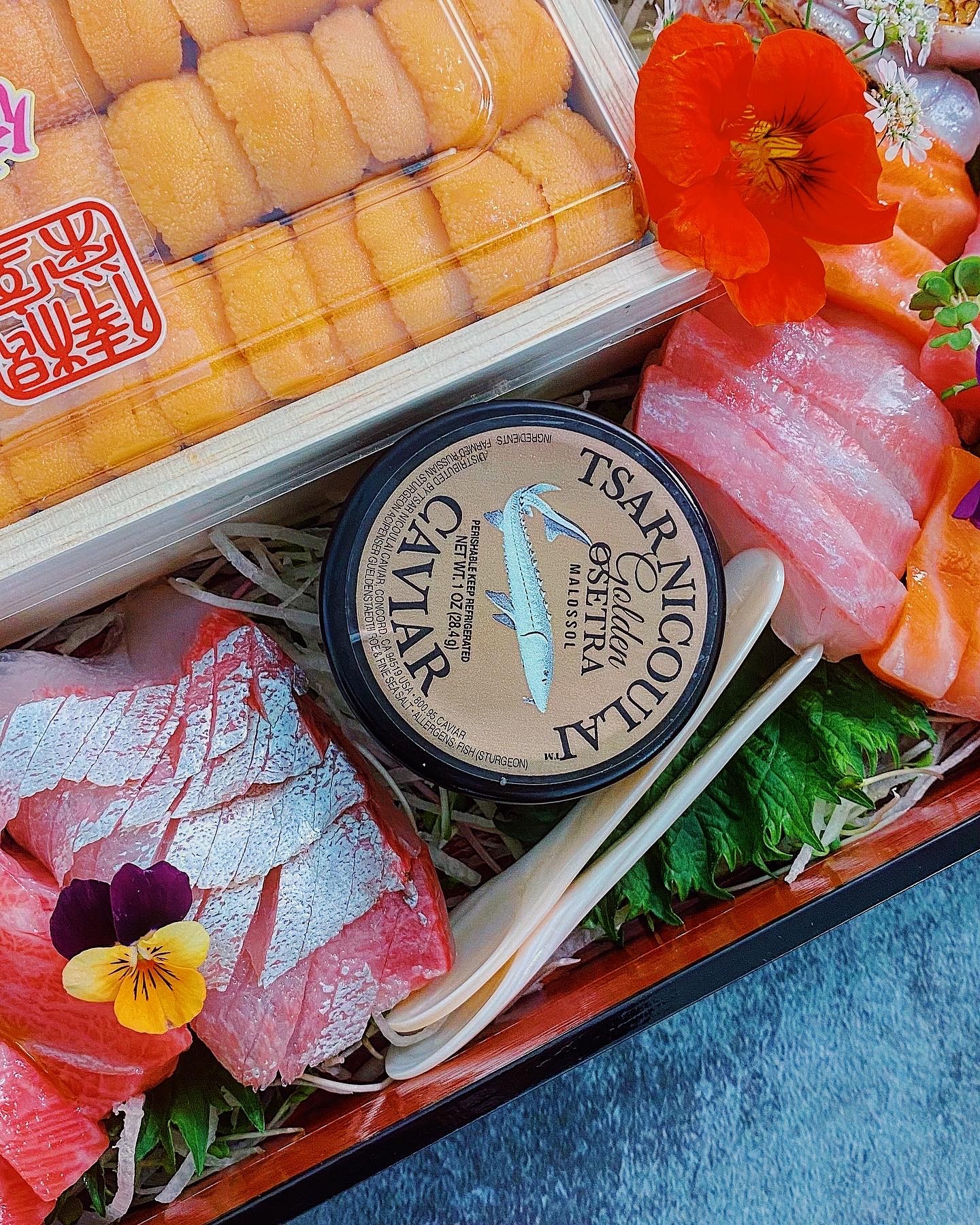 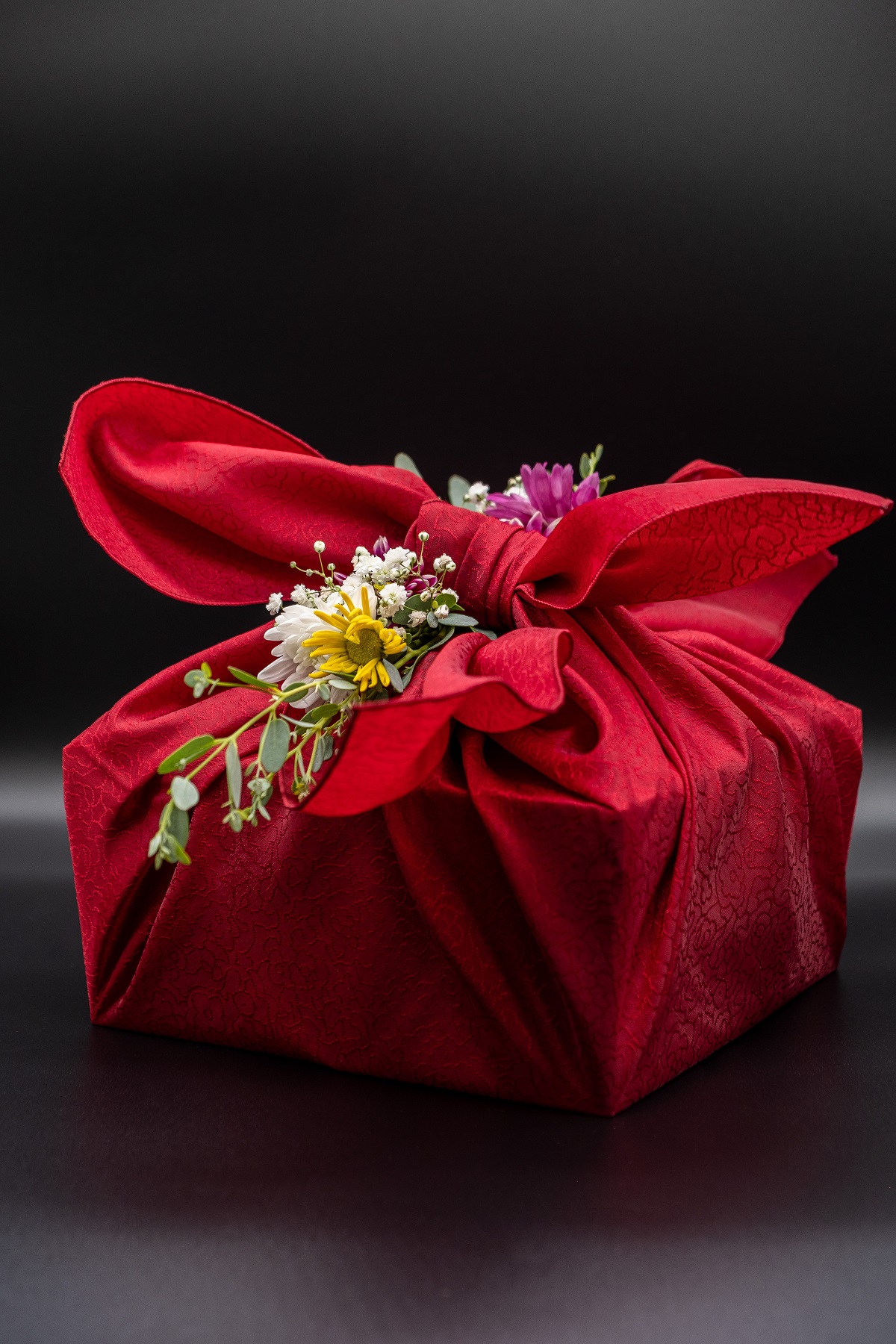 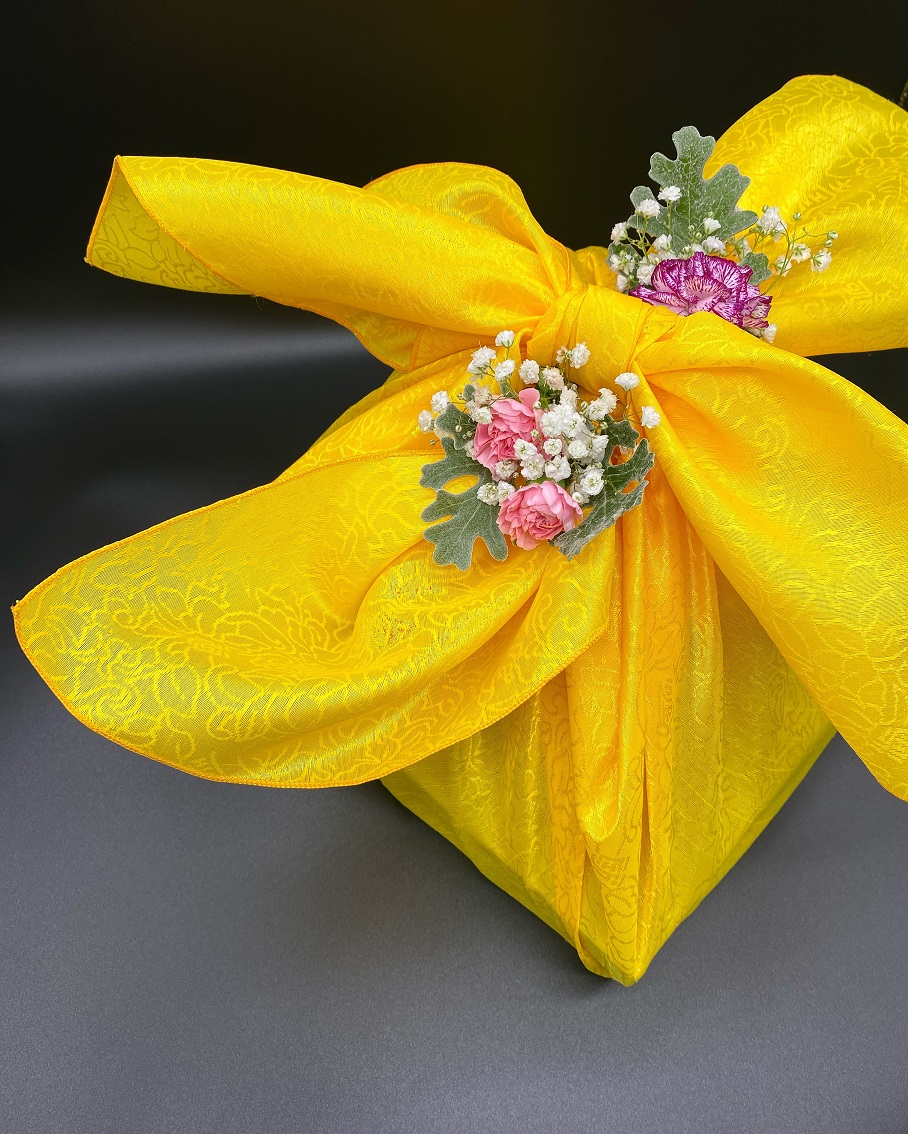