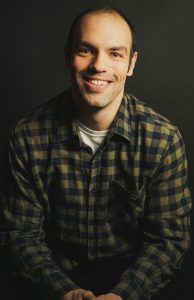 Today we’d like to introduce you to Kyle Stout.

Kyle, can you briefly walk us through your story – how you started and how you got to where you are today.
I was born in a small town called Henderson, Kentucky. The kind of place where the house is always ready for company. Where the people take it slow and cook it slower. And where “goin’ over to the Walmart” is an all-day event. Say what you will about the South, but I honestly wouldn’t want to be from anywhere else. Growing up in that hardscrabble environment taught me the value of keeping things simple, telling great stories, and flat-out working harder than everyone. I’ve gone on to spend most of my life on the east coast, studying media and learning how to tell my own stories through film, music, comics, and other avenues. I found screenwriting as an outlet and fell it love with it, committed to pursuing a career in creative storytelling. Part of me always knew I would end up in Los Angeles making films and working in entertainment, but given where I came from I knew the road would be dirty and winding.

It all started after I graduated from ODU in Virginia. My best friend Arthur was visiting for the holidays and ended up with a spare ticket back west to his home in Berkeley, CA. Now he happened to be flying back to Berkeley on my birthday that year and invited me to come crash at his place til I was on my feet. I’m not a big believer in signs from the universe, but she was shouting pretty loudly at me in that moment. So, on my birthday that year I quit my job, packed up everything, left everyone behind and started my life over in the Bay Area. I owe so much of what I have now to Arthur, and it was the second most impulsive move I’ve made in my life (more on #1 later…).

I spent ten years in Oakland making films, growing my network, and learning even more about the ever-growing business of digital media. Then, life happened and I found myself back at square one in need of a new opportunity. Laid off, broken up with, struggling to find work and scraping by on unemployment, I was once again facing a big decision. And once again, my friends rose up to meet me when I needed it. My good friend Jonathan was kind enough to lend me his couch while I saved up money to make my next move. And after a few hard months of saving up, I once again packed up everything and drove 6 hours south to sunny Long Beach. I just woke up one day and did it, and I didn’t even tell my parents I was doing it til after the fact.

THAT is hands down the bravest, most impulsive, and empowering decision I’ve made in my life by far. It always just felt like the next logical step, so I was intimidated. but never scared. I simply had to come here and see for myself what I was made of. I knew what faced me when I got here, and I had more than my share of experiences that easily could have run me off. BUT. I stuck with it. After landing a line cook job and lucking into an incredible housing opportunity, that crazy dream felt closer and closer. I was surviving.

Then one night in October I decided to treat myself to a movie. I went to the iconic Arclight in Hollywood to catch Joker, and as I was waiting for the movie to start I got an email notification on my phone. BEHOLD! It was an offer letter for a big deal media job I had interviewed for just a few days prior. There’s that universe again.

I arrived in LA in April of last year with the short-term goal of working in entertainment with a long-term living situation. And as I type this I’m working full time at a major post-production house and resting my head at a super supportive creative co-living space. So yes, it’s been a long and crazy road and I’m far from home, but I’ve never forgotten where I came from. The dreamers know what I mean when I say it just feels “right”. I’m HERE.

Overall, has it been relatively smooth? If not, what were some of the struggles along the way?
Absolutely not. I knew a little bit of what I was in for before making the leap in April of last year and definitely had my guard up around all the new LA folks I was meeting. I also knew that money would be my biggest obstacle so I had some savings tucked away, living off the familiar peanut butter sandwiches for a while (I’m a Skippy man, myself). It wasn’t glamorous, but I was making the sacrifices and getting by. We all do it.

Then life happened again. I’m not proud of it, but in July of last year, I got wrapped up in a weird elaborate check fraud scheme disguised as a production gig that completely wiped out my savings account. Thousands of dollars gone overnight, ironically because I still needed money (LA is expensive, y’all). I had only been in LA for two months and I was already considering tucking my tail and going back home. But I hadn’t come all this way to quit so soon, and I wasn’t about to let a stupid little thing like money get in the way of living the dream I’ve been chasing for decades. Onward.

So yea, the common challenge among my creative friends here is being able to survive and still make your art. Unfortunately the world (not just LA) is full of people more than happy to take advantage of the bright eyed dreamer with unpaid bills. But I proved to myself that I could endure, and it didn’t stop me from making my art one bit. I share that story as a cautionary tale to anybody coming out here to LA. But also as a reminder that you’re never all the way out of the game if you want it badly enough.

Alright – so let’s talk business. Tell us about Closed Pin Productions – what should we know?
I’ve been making short films and short form visual content under the Closed Pin Productions banner since all the way back in college. It started with two of my classmates in a Video Production course, and our first project was a music video for David Bowie’s “Space Oddity”. We turned an SUV in a garage into a space ship, there was inflatable aliens, afros, walkie talkies, Guitar Hero instruments, the whole goofy shebang.

After a few dozen fun silly videos, I slowly started making less silly things on my own. Exploring the art of pure visual storytelling, I branched out into the world of fashion video content with my dear friend Ari. We partnered with Reebok for a series of videos, which is some of the most fun I’ve had on set. But that storyteller itch kept bugging me, so I eventually moved into writing and directing short narrative pieces on my own.

I’m most proud of having my work screened at the legendary Castro Theater in San Francisco, and I think what sets my work apart is the humility and simplicity in the storytelling approach. I like a good dazzling spectacle as much as anyone, but the true beauty lies in subtly and nuance, and I really love playing in that sandbox. For example, I have a series of 1-minute videos based around the inner thoughts of common household items, each video presented in a single continuous static shot. Silly, but cerebral.

I miss directing and I’ve been focused on my screenwriting more than anything over the past few years, but I have two brand new short films based on scripts I’ve written that will be rolling out later this year. Very exciting! I’m also attached to several big projects with some amazing and talented friends I’ve made here, and I can’t wait to get to work on them. And lastly, I’m also currently writing the biggest, most ambitious, and “closest-to-home” story I have ever told. I can say with absolute certainty that THAT will be the thing I’m known for. But all things in due time.

Any shoutouts? Who else deserves credit in this story – who has played a meaningful role?
My biggest and most vocal supporter by far is my dad. He deserves so much credit for the sacrifices he continues to make for me, and for always nudging me forward even when I’m at my lowest. Since leaving Virginia to fly west I’ve made it a point to call him every single day to check-in, and just hearing his voice helps me feel at home. Knowing that his wisdom and laughter is just a phone call away is such a blessing, and I don’t use that word lightly or often. There’s also my dear friend and frequent collaborator Arthur, my buddy Jonathan (who you’ve met), my music partner and half brother Eric, also Matt, Earl, Chelsea, and Catherine who’ve given so much to help me get here. I’ve never felt alone even this far away from everyone, so I try to look at every day as a shared experience for everyone. My family and friends mean so much to me, and I bring so much of them into my art. 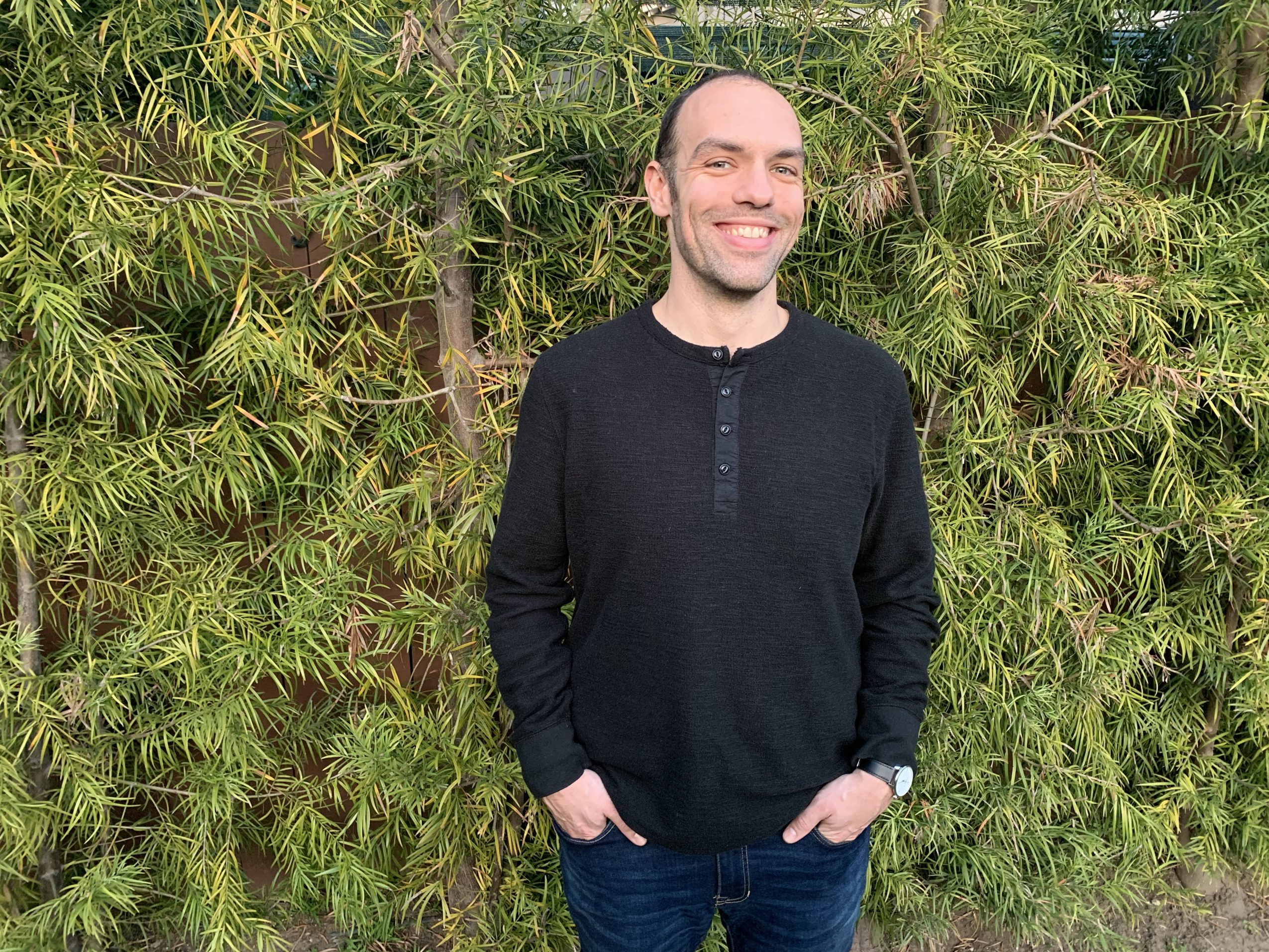 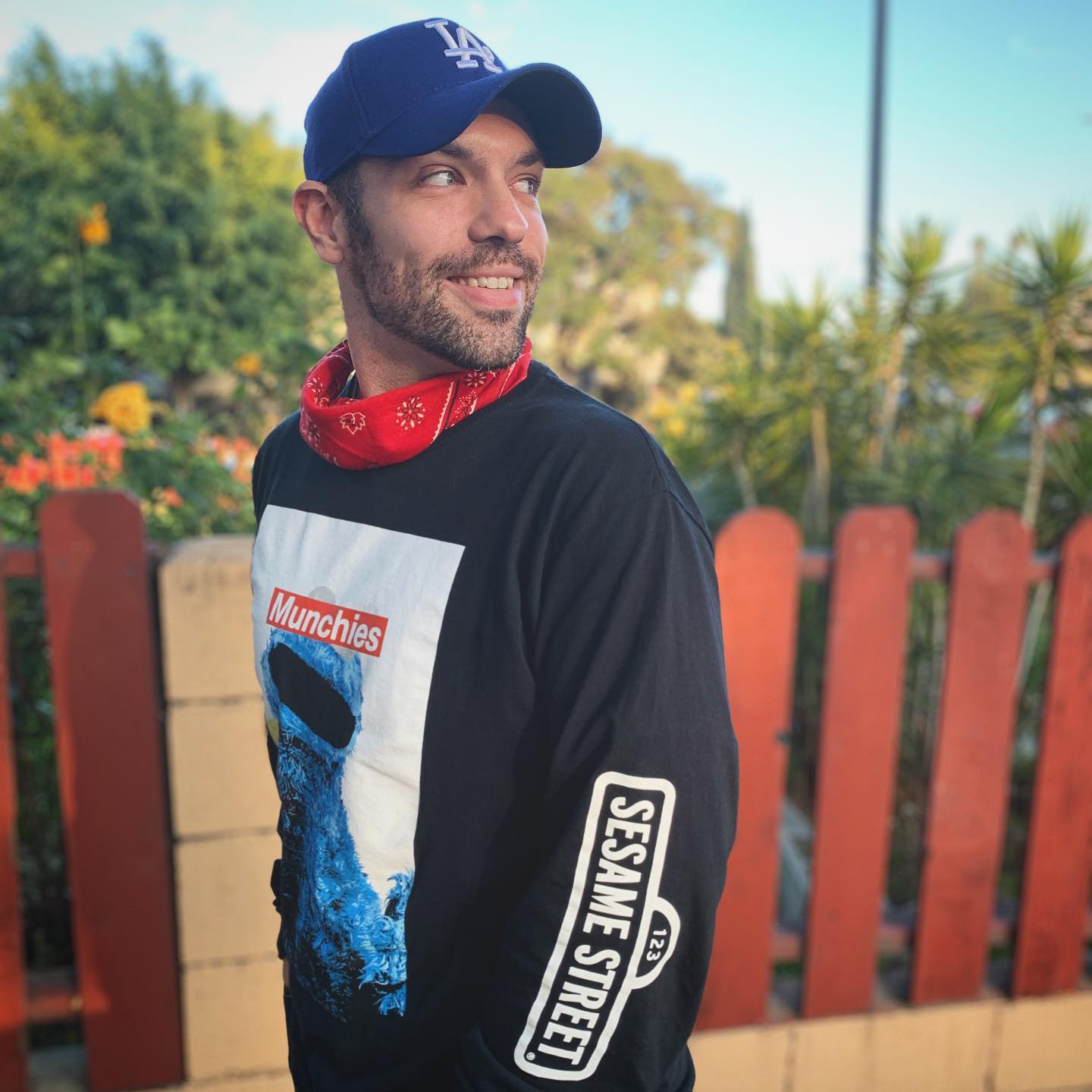 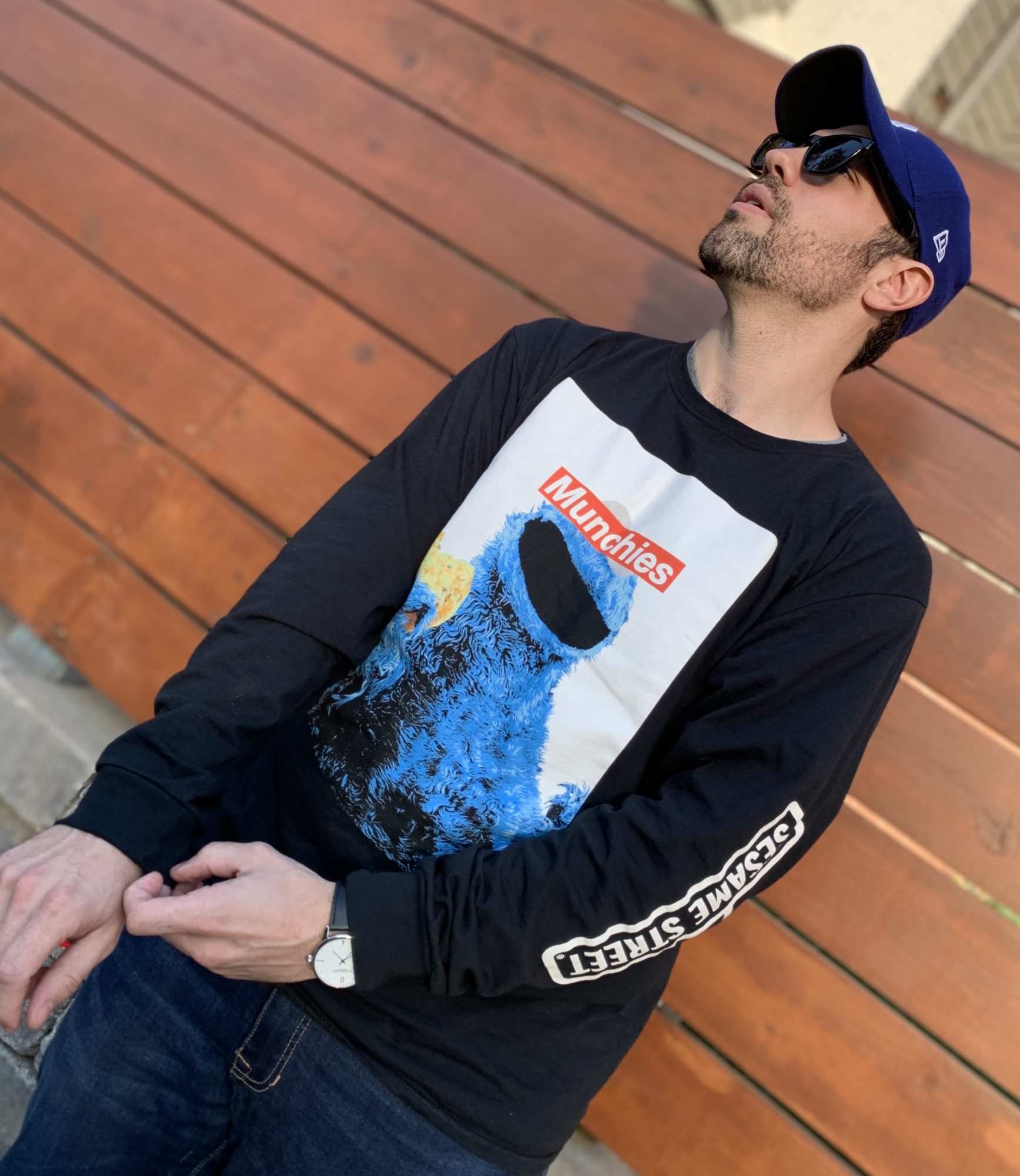 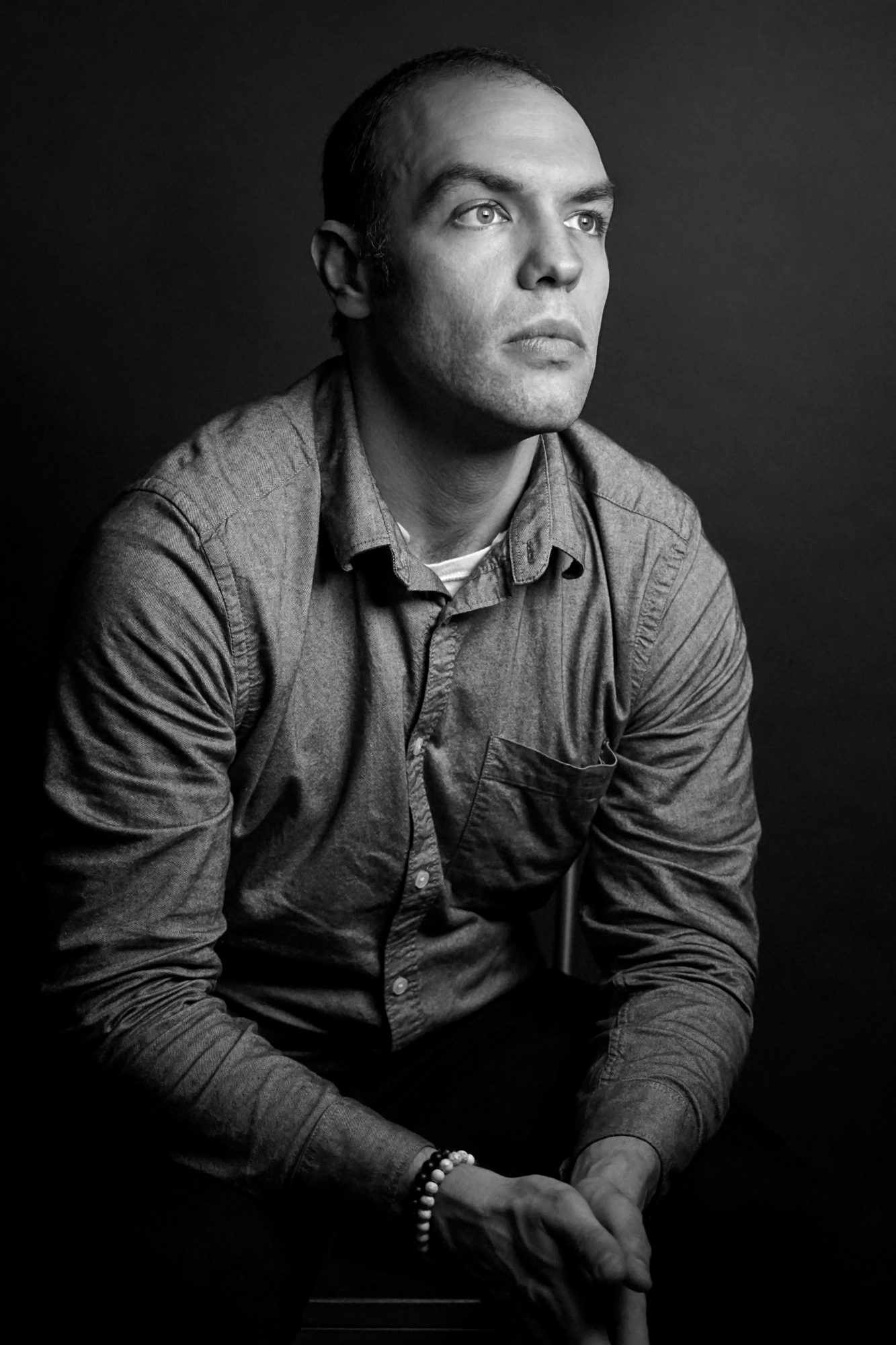