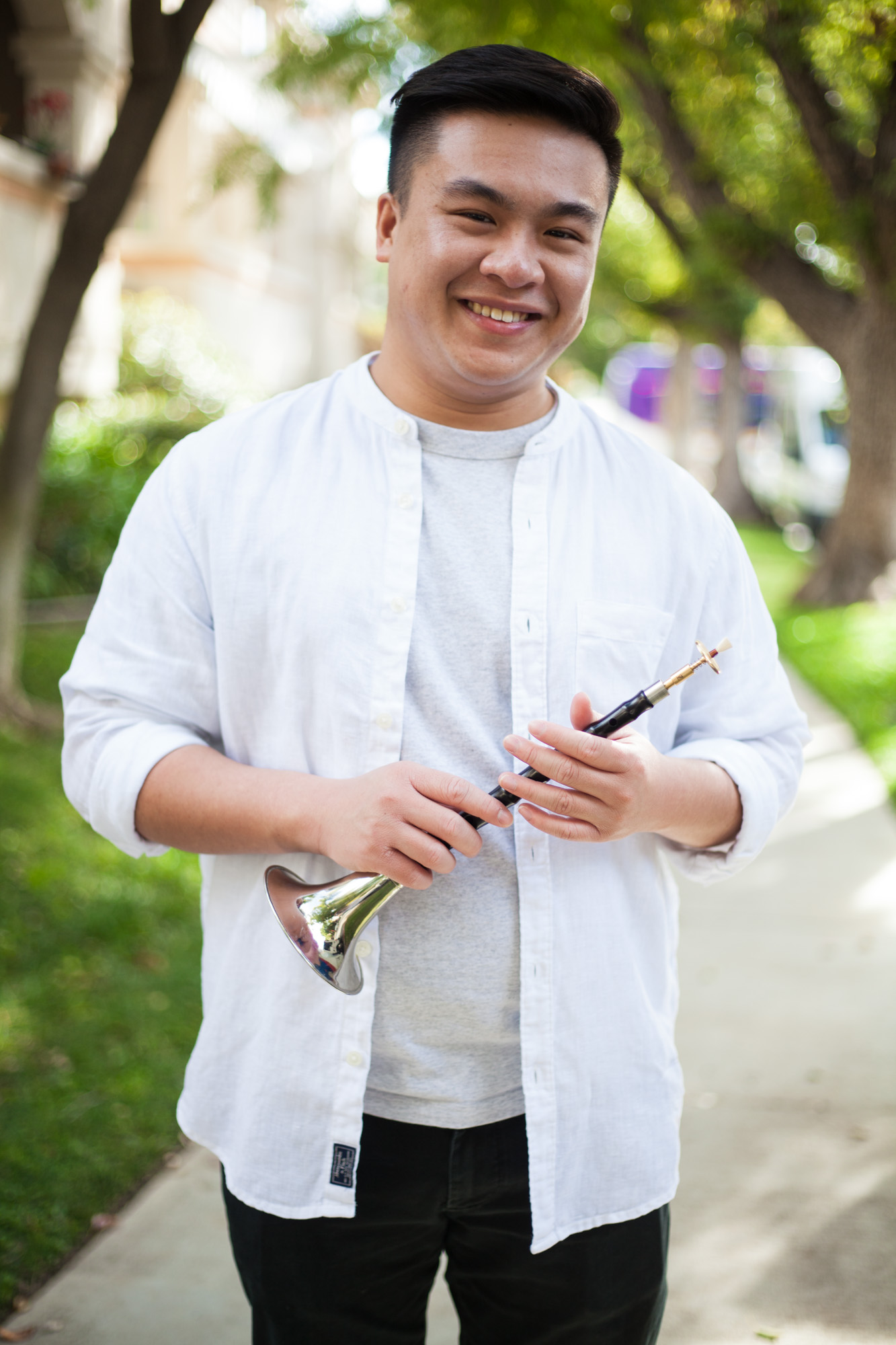 Today we’d like to introduce you to Kwan Leung Ling.

Kwan Leung, please share your story with us. How did you get to where you are today?
I am a Composer and Suona (Traditional Chinese double reed instrument) performer born and raised in Hong Kong. Personally, I consider my musical style to have been influenced by my national identity and upbringing. Hong Kong is a city bursting with international life and colour, and my music often concerns itself with finding different, applicable fusions between multicultural music styles.

Since I come from a highly traditional Chinese musical background, one of my goals is to bring new ‘spices’ into Chinese music. I enjoy experimenting with new ideas, many of which tend to formulate with experiments in Chinese music writing, and, as a result, have undergone extensive training in world music styles under a variety of international maestros and practitioners well-versed in an international array of musical forms and folk instruments. Helmut Lachenmann, Christopher Theofanidis, Toivo Tulev, alongside a motley of international composers have all been tutors of mine, and I have enjoyed the privilege of being able to study and perform with instruments such as the Balinese Suling (an Indonesian Flute) and Javanese Gamelan music at the California Institute of the Arts.

Inspiration for my work stems likewise from the shifting locales of my international education. Recently, a piece of mine titled Organic Geometry II, written to be performed by traditional Chinese instruments – the Dizi and Zhongruan – was staged by Hong Kong Chinese Orchestra performers in the Music from the Heart concert held by the HKCO. I completed this piece during my time attending CalArts, at a time when my life was visually saturated by the vibrant street art of Los Angeles, and, as a result of this, many harsh, graffiti-inspired sounds wound up woven into the otherwise traditionally composed piece.

In 2018, I graduated from California Institute of the Arts in BFA, majoring in Music Composition with a Provost’s Merit Scholarship, under the mentorship by Michael Jon Fink, Wolfgang von Schweinitz and James Rushford. Currently, I am completing my Masters in Music Composition at the University of Missouri-Kansas City Conservatory, under the mentorship by Chen Yi, Yotam Haber and Zhou Long. Most of my current work attempts to find mergers and combinations of different forms of world music into my own style of composition.

Has it been a smooth road?
I must say that it has been a very colourful road. A story just came to mind – during the first year of my living in the United States, I had two 2-hour commutes to and back from school. It was the Spring of 2013, and I started my first semester in the States with a monstrous class schedule – a 7:30 a.m. class in the morning, followed by an evening class, and so I was waking up at 4 in the morning every day to make it to school on time.

The story sounds a little harsh – a little like I had to struggle to get to school on a daily basis – but honestly, I’m really grateful for this experience because it gave me four hours a day in which I could immerse myself in Western music. As a traditional Chinese music instrument performer, I had, at the time, very little sense of Western music styles, and so, in order to make the most of the situation, I prepared playlists flooded with Western music from the Classical epochs through to contemporary Maximalism music to listen to on the bus rides. The rides wound up helping to acclimatize me to a whole new world of composition, and I think that it wound up being a part of my journey that, whilst a strain at times, lent a lot of flavour to my craft as a composer.

We’d love to hear more about your work and what you are currently focused on. What else should we know?
I consider myself a fundamental Hongkonger when it comes to my music. Having gotten my start in music through the Suona (a traditional Chinese double-reed instrument), much of my musical foundations are based on age-old, traditional Asian composition techniques. Trained by Vinny Golia in the art of Suona improvisation, I have created my own breed of microtonal Suona music by combining conventional acoustics with an array of multiphonics and microsounds.

Further carried through the gauntlet of further education across an international field, my musical background has permitted me to come up with many unique mergers of compositional styles between contemporary world music and traditional Asiatic music forms.

For example – as a traditional Chinese wind instrument performer, I enjoy injecting the element of my primary instrument – the Suona – into Western wind instrument compositions. A solo clarinet piece of mine, Chaotic, has many hidden characteristics of Suona laced throughout its composition. Microtonal trills, flutter tonguing techniques, and high-pitched glissandos – all of which form an ambiguous voice of Asia, hidden inside a gorgeous Western figure.

Last of all, one of the most enjoyable things about being a contemporary artist is the opportunity to collaborate with artists from an international background. The accessibility and capacity for multicultural collaboration in the modern age is just astounding. I’m actually working on just such a collaboration right now, for a new composition piece of mine titled Ripples under the Trees. The piece is set to be performed by the UMKC Graduate Fellowship String Quartet, and I am working with a Los-Angeles based Filipino Artist and Animator Brian Yulo Ng, as well as a Berlin-based German-Singaporean filmmaker Richard Lu Jia Wellershoff to create an MV for the project.

Personally, I am interested in fostering a kind of creative chemistry between artists from different fields and cultures through the medium of music. In this case, Ripples is a celebration of this wondrous facet of multicultural communication in the arts, featuring a merger of Hong Kong composition, American musical performance, Filipino animation and graphic design styles, and filmed Germanic landscapes.

Let’s touch on your thoughts about our city – what do you like the most and least?
I love Los Angeles. I feel like it is a hub of culture – like there’s a balled diversity of energy rolling around the city. It emanates this positive vibe of creativity and a celebration of the arts. As a result, it’s very easy to get in touch with people around the world – a ten or 30-minute drive is sufficient for people to get from one cultural hub to another – optimally without traffic. Speaking of which, my least favorite thing about the city is its traffic. The capacity for the city to double or triple or quadruple your travel time is just legendary. But still, at the end of the day, I’m ok with it because at least that means that this city is alive – people and inspiration are living and moving all around me, constantly. And that’s a really nice thought to take with me through traffic jams. 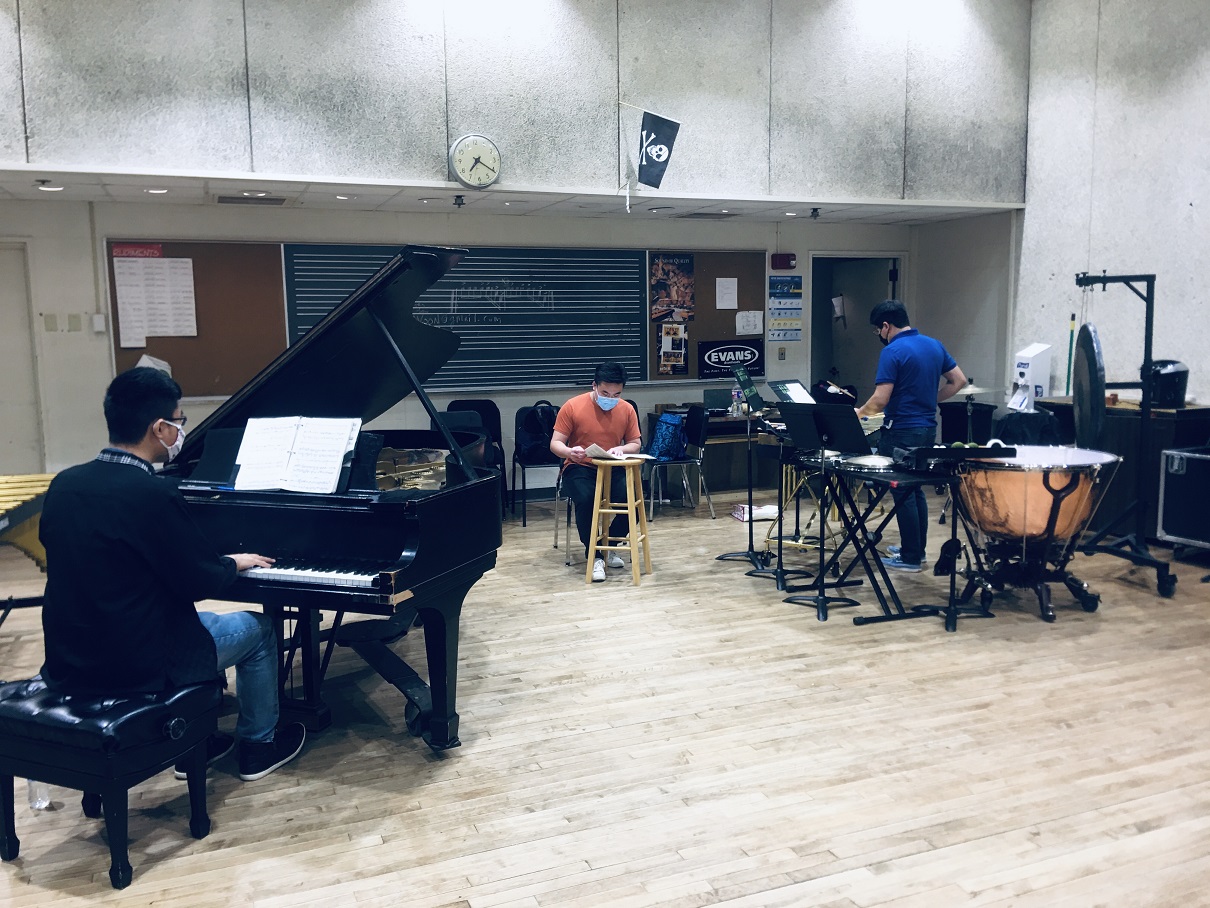 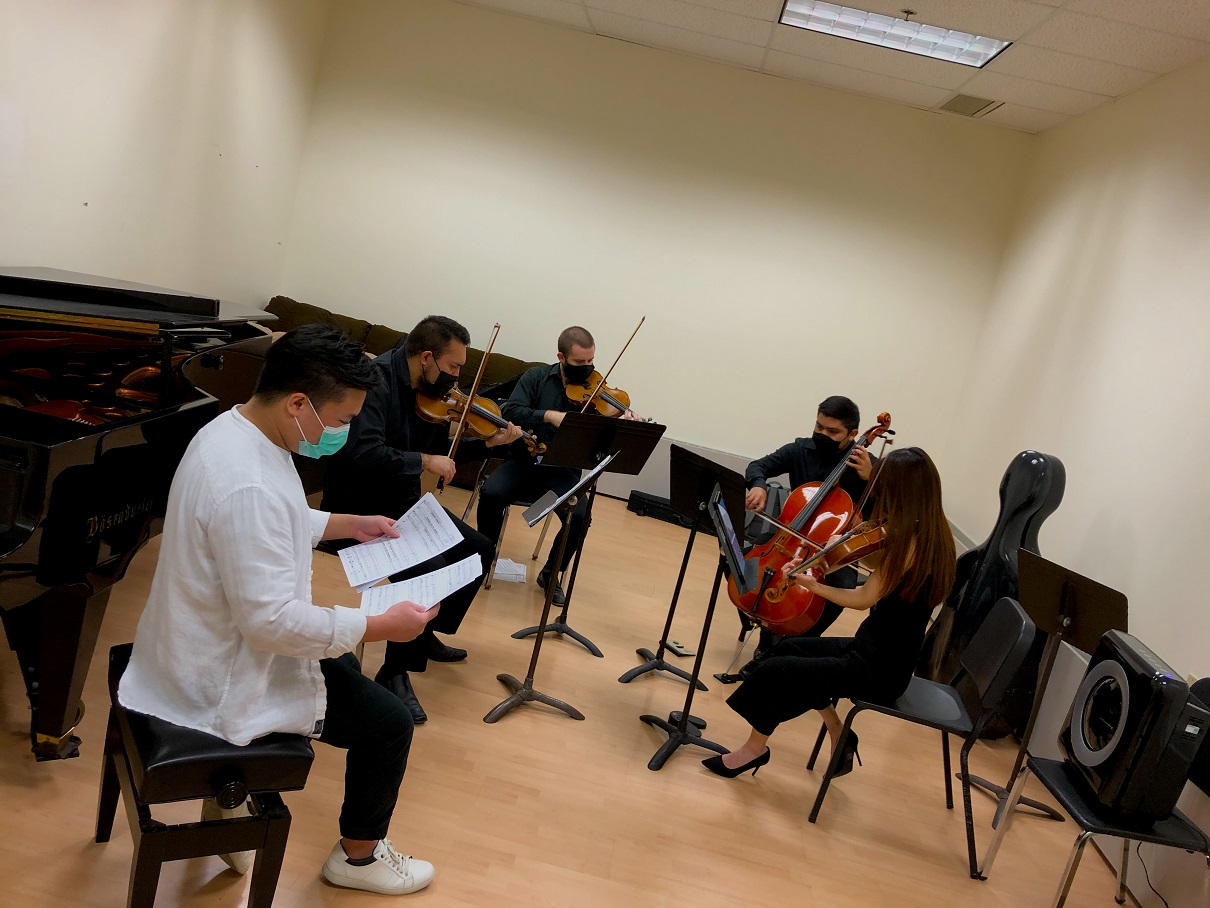 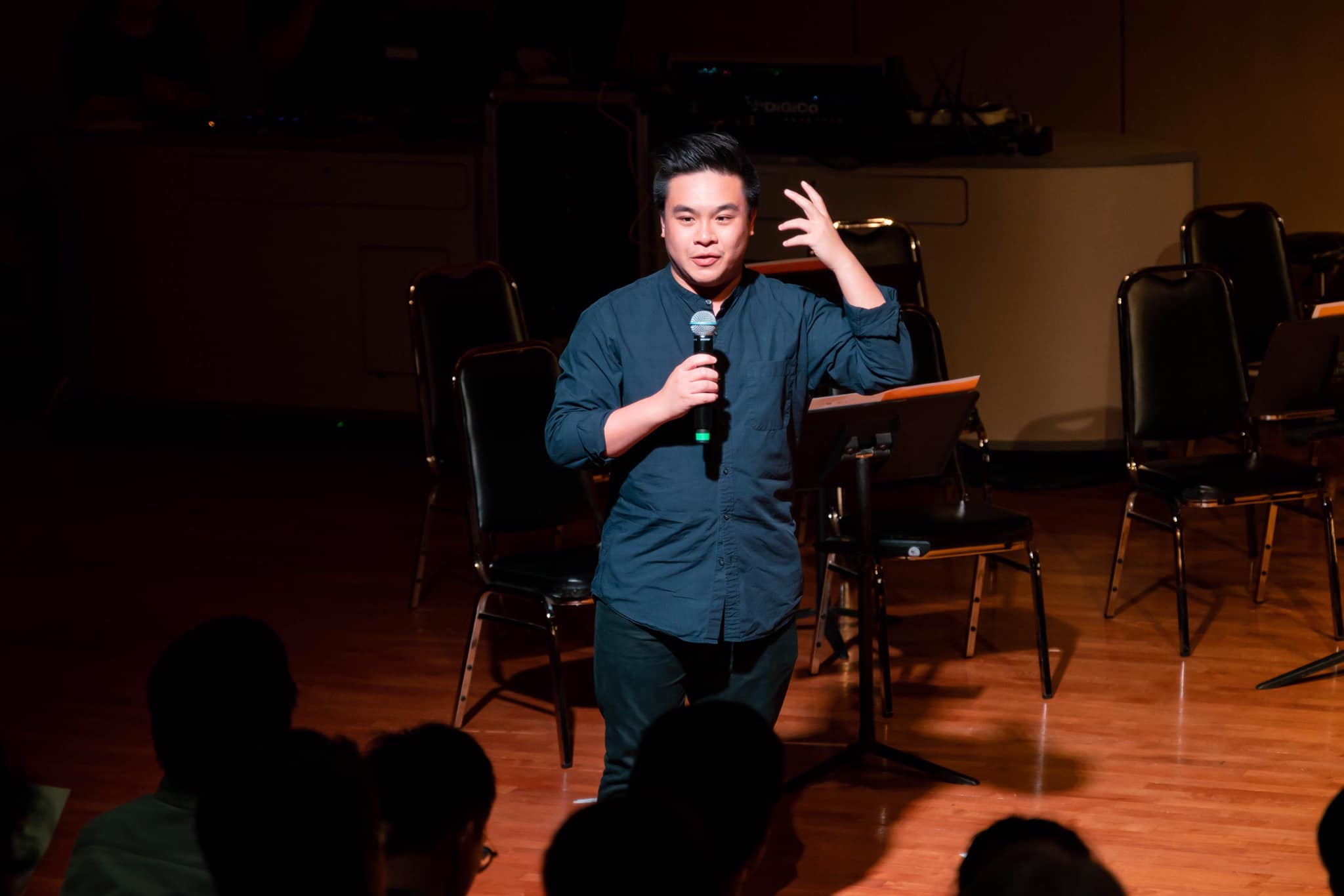 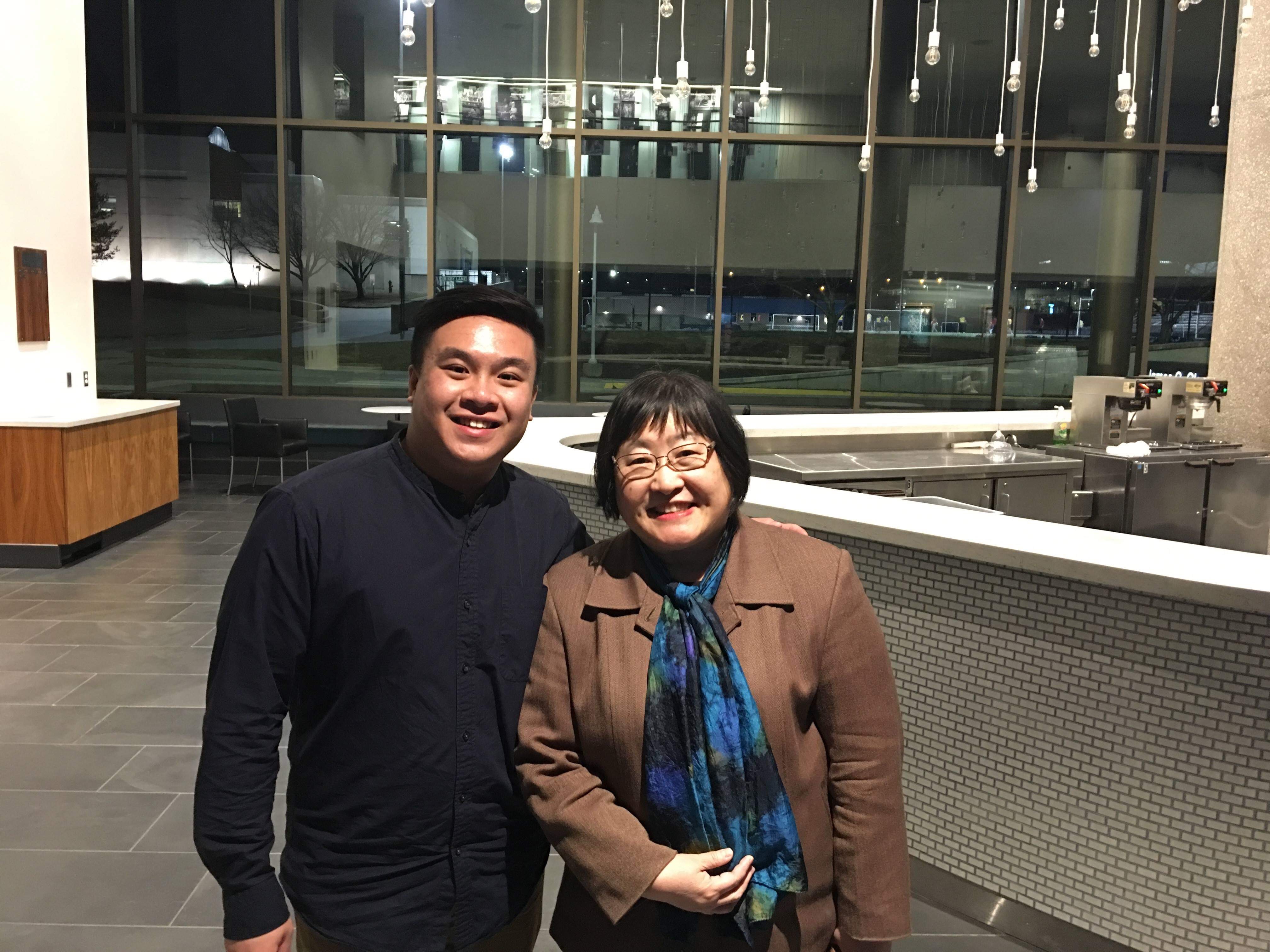 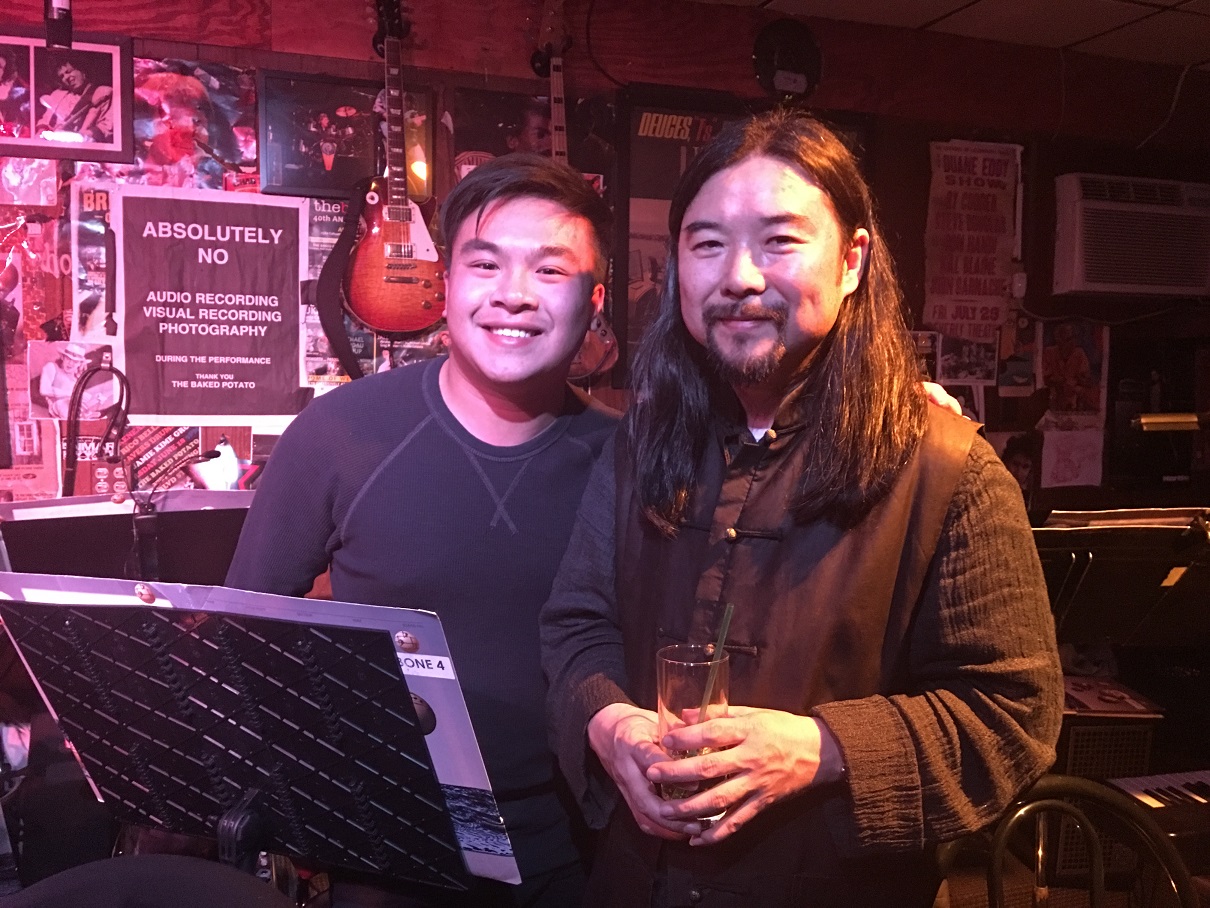 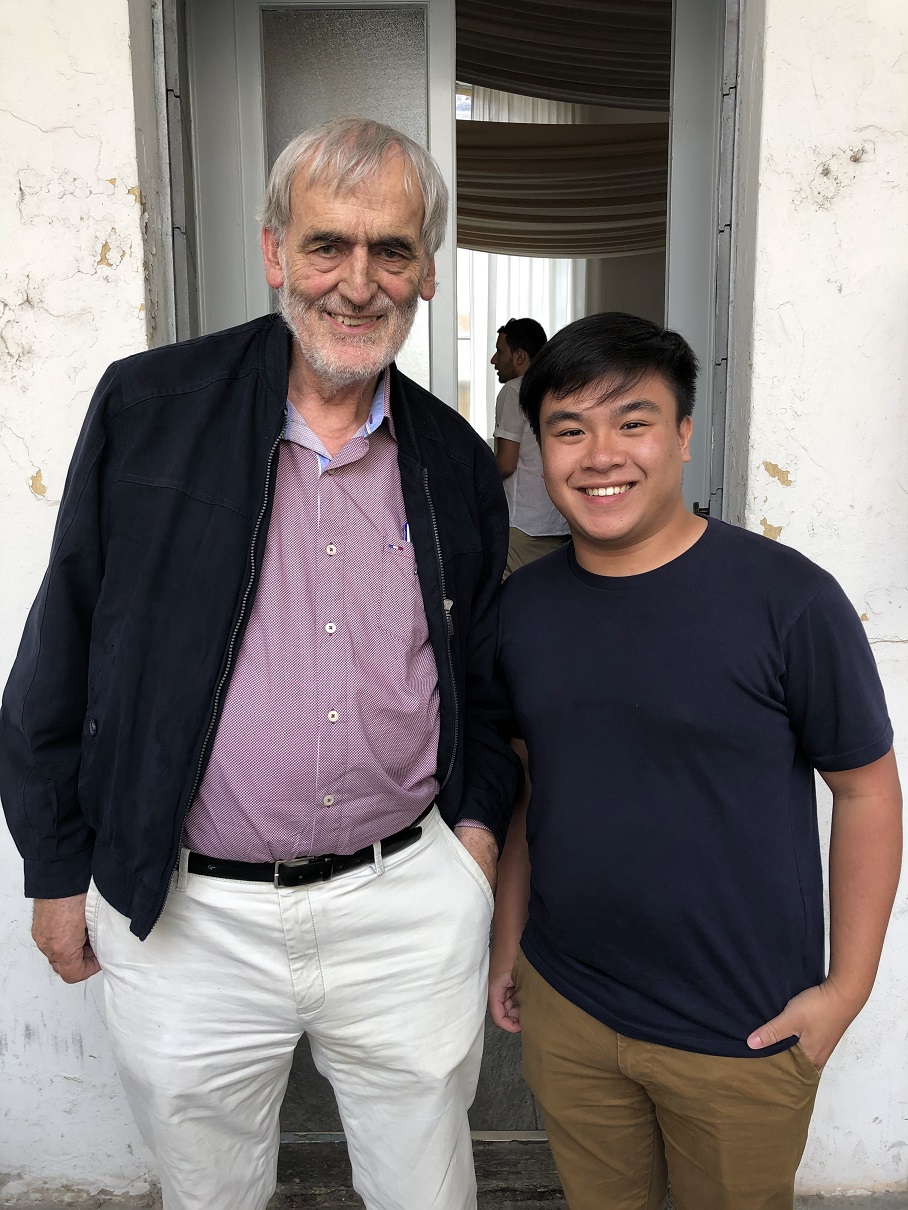 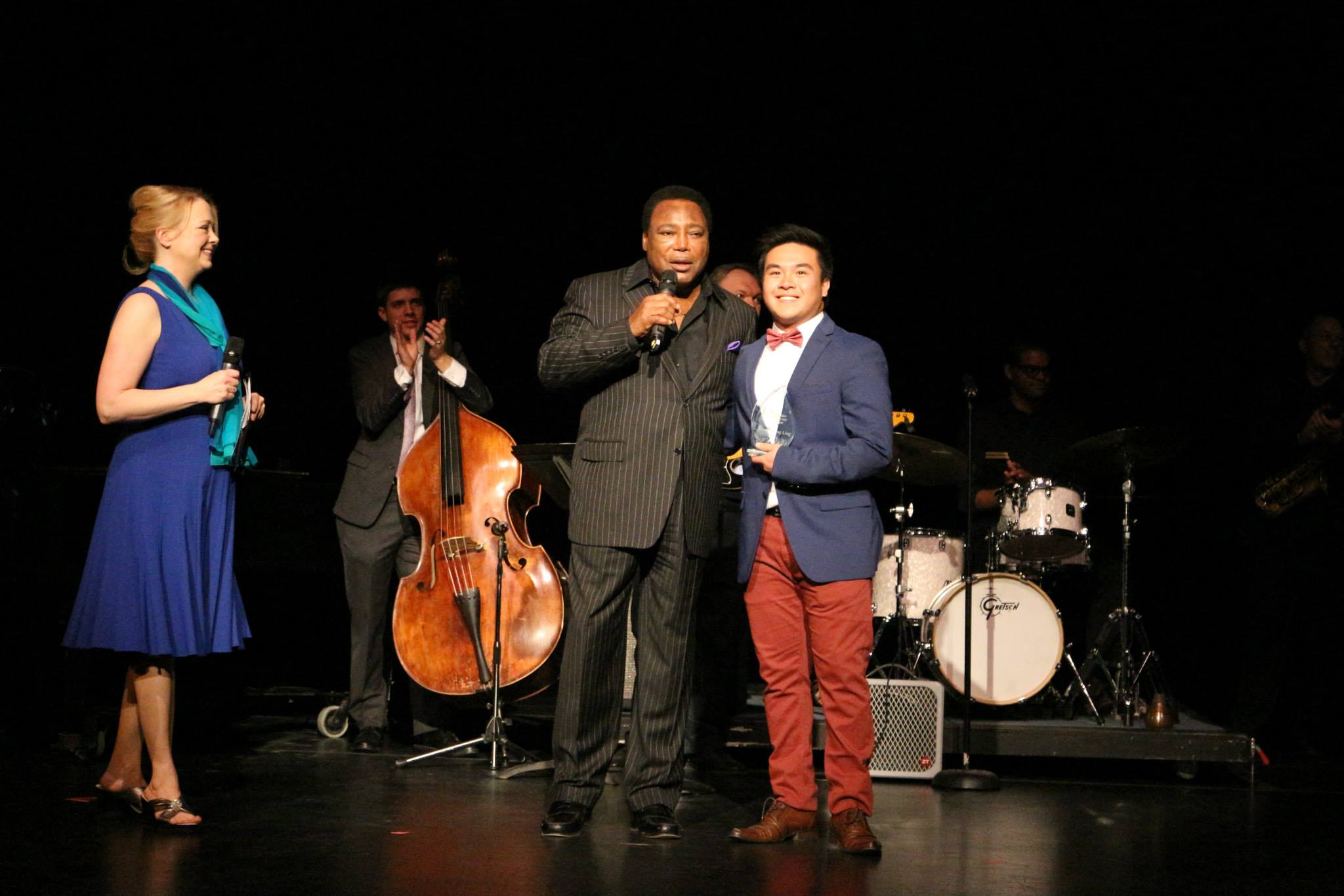 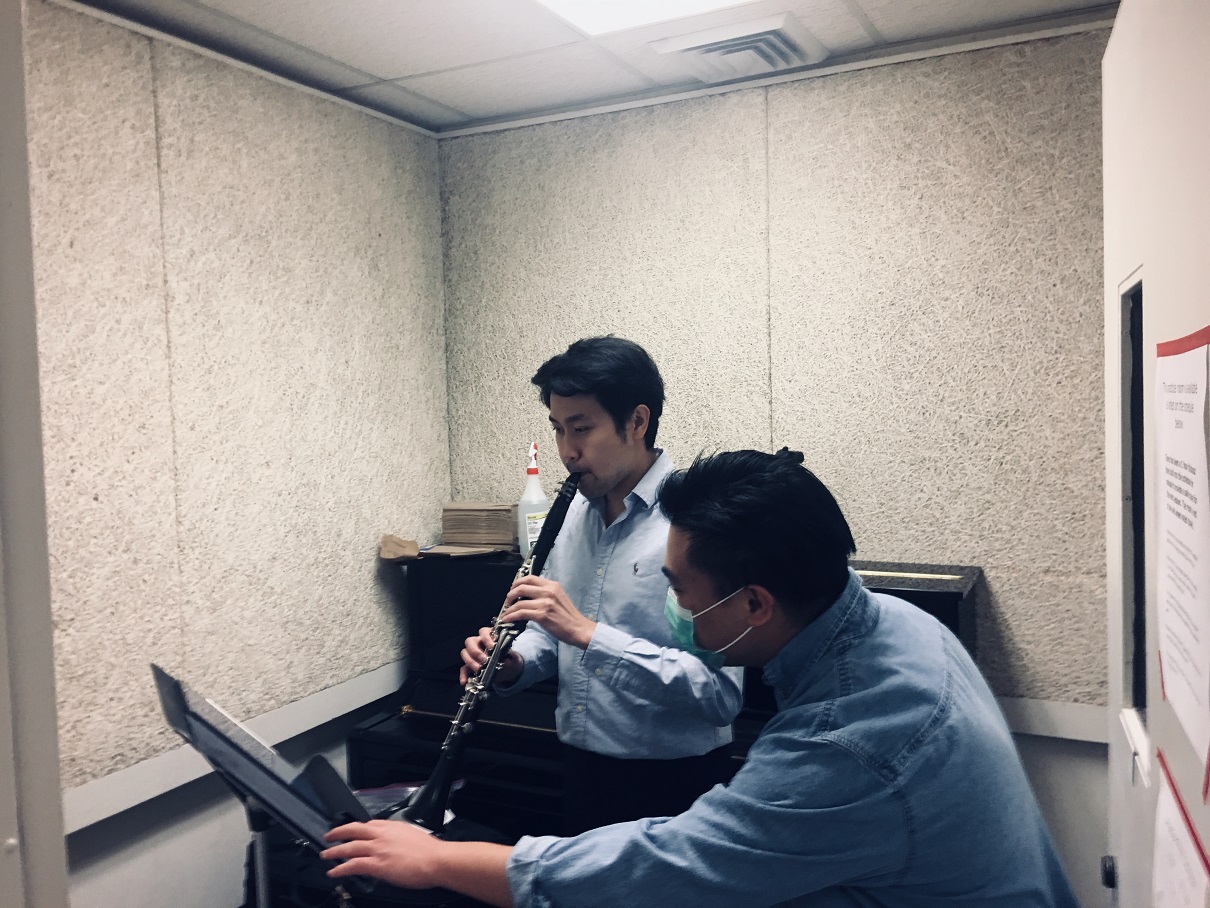