Meet Kristina Spicer of The Other Side in Hollywood 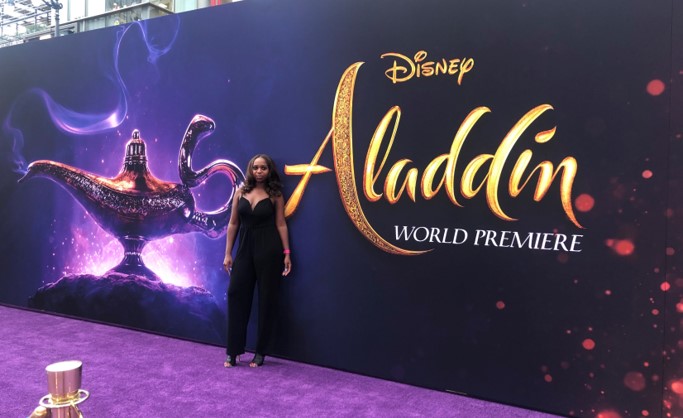 Today we’d like to introduce you to Kristina Spicer.

Kristina, please share your story with us. How did you get to where you are today?
I started my company, The Other Side years ago without even knowing. I say that because I always had the idea to create and share all positive news that represented people in a good light. I knew this goal would manifest, I just never assumed it would happen so soon.

I was a senior in high school when I knew I wanted to be a journalist, but not one that contributed to spreading stereotypes and negative news. So when I went to the real HU, Howard University, I joined their student run radio station WHBC as a reporter, and I really believe that’s when my career started. My freshman year I interviewed the beautiful Meagan Good and that’s when I really felt that this is what I am suppose to be doing. That interview really lit a fire up under me and my passion grew. I became Assistant News Director of the station and then eventually News Director. Being a black journalist at Howard University and living out all of my dreams at that time was everything to me.

Before I graduated, I got hired as a Production Assistant for a digital news outlet, and only a year later I was promoted to Programming Producer. I don’t take any of my blessings for granted, and I know without a doubt that I have achieved so much at such a young age because I am really living in my purpose. Fast forwarding from working as a Producer for a national digital news outlet, I started thinking I could do this on my own. But of course, when that idea first crossed my mind I thought I was crazy. Well, crazy as it might’ve seemed I quit my very comfortable job and became a full-time entrepreneur for The Other Side.

We’re always bombarded by how great it is to pursue your passion, etc – but we’ve spoken with enough people to know that it’s not always easy. Overall, would you say things have been easy for you?
It has absolutely not been a smooth road, but nothing in life ever is and that’s what you have to learn quickly. Fortunately, the moment I told my Dad I wanted to be a journalist he constantly reminded me that I was getting into a business where I would have to hear “no” a lot, and he was definitely right. Rejection is really a part of this business and you get used to it. When someone denies me to host a red carpet, I reach out to multiple other companies to have me on theres, and someone always says yes. You can’t be afraid of rejection or you will never have the strength to get what’s meant for you.

Also, a big recent struggle for me has been conditioning my mind to really believe that I can run a successful media outlet. I see the vision and I have the passion, that’s what keeps me going. But sometimes I will have moments where so much is happening it will force me to stop and really see all that I am doing, and it can be scary! I am all for being honest because I think people really need to see the other side. So when those moments happen I take it as a sign to be still, rest and then get back on track.

Please tell us about The Other Side.
What sets The Other Side apart from other news companies is that it only tells the positive stories in entertainment and the community. You can’t find the latest gossip on The Other Side. We exist to inspire through the stories we share.

Our intention is to also show everyone in a positive light, especially people of color. One of things that I didn’t like about journalism was how reporters contributed to painting certain negative stereotypes of people of color, and I just knew that I wouldn’t do that. So that led me to create my own.

I am most proud of the success that we have achieved in such a short amount of time. In just three months of being an official media outlet we have gotten on some of the biggest red carpets such as Disney’s Aladdin premiere and had our original content shared by some of the biggest leaders in media such as Diddy. These things keep me going and let me know that we’re on the right track.

What were you like growing up?
This is a great question! I considered myself such an introvert, and I still do, but my friends said I need to stop saying that about myself because they disagree.

It’s so funny because I would always watch the BET awards and all of the red carpet coverage, and I would always say I could never do what Rocsi and Terrence J did, and now I do just that! I always thought I was too introverted to be a media personality, and I think that’s why I originally wanted to be a news reporter. They are more serious.

Other than that, I was such a happy kid, always smiling with bright red hair. Seriously, people used to always ask my mom if she dyed my hair… 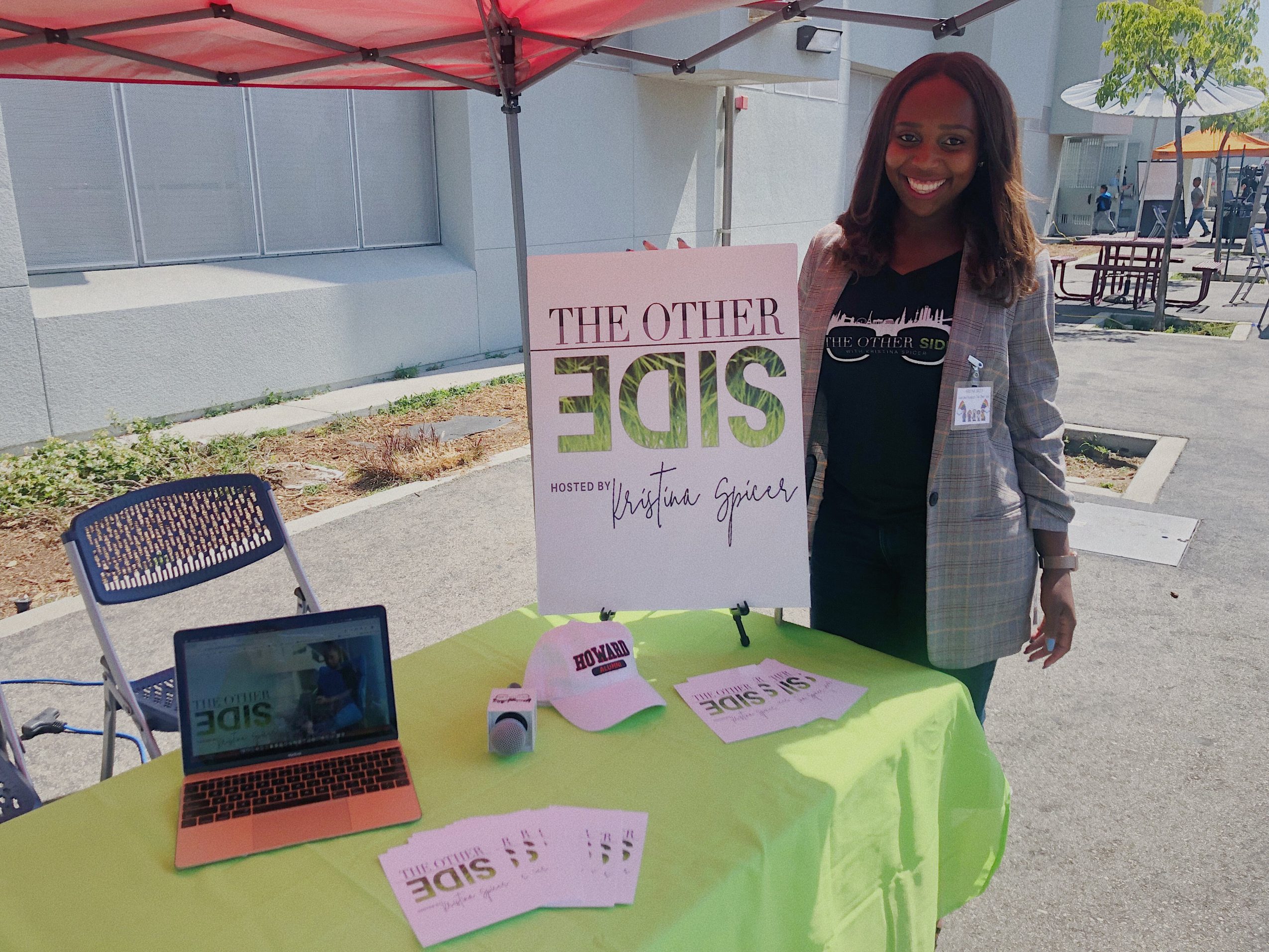 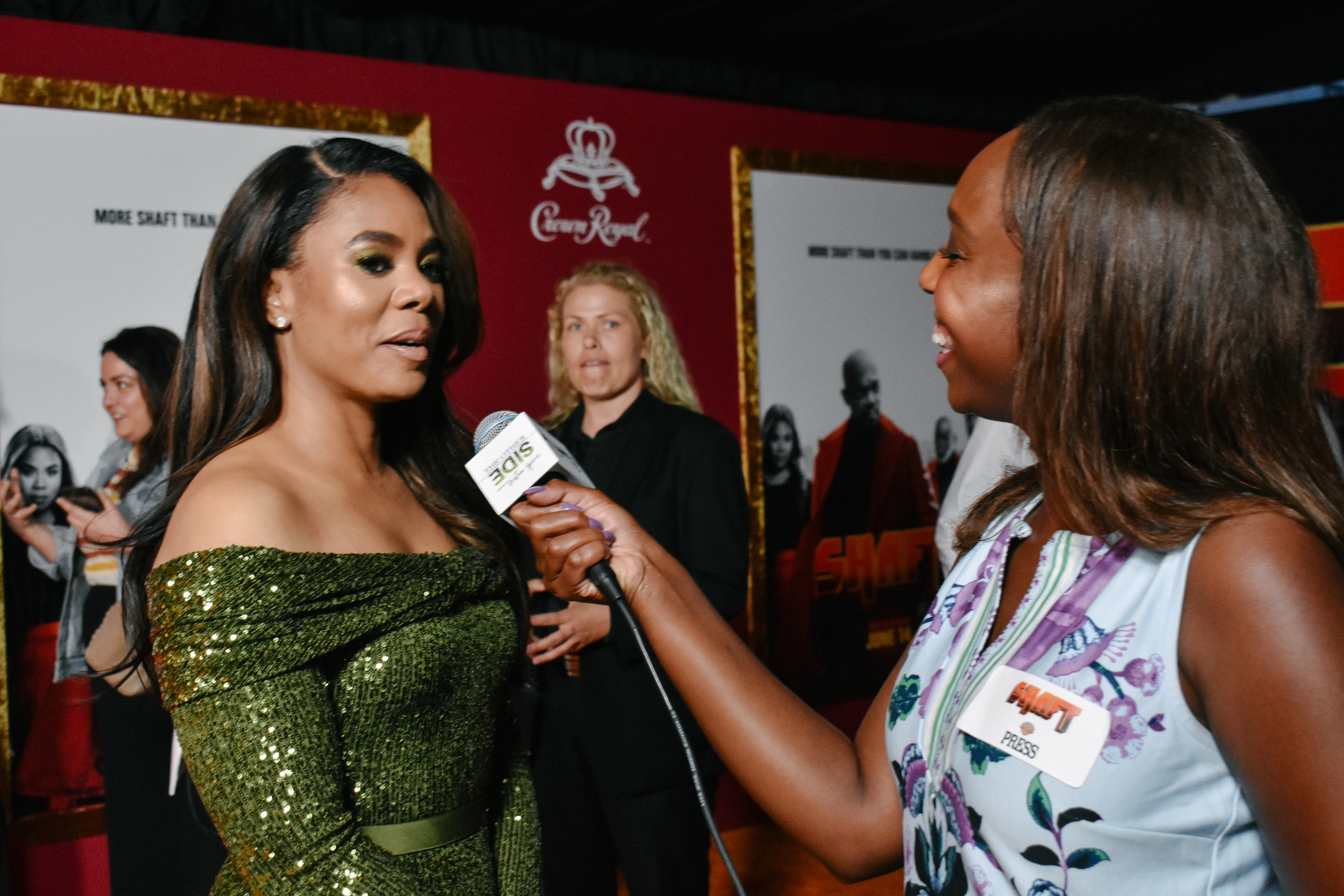 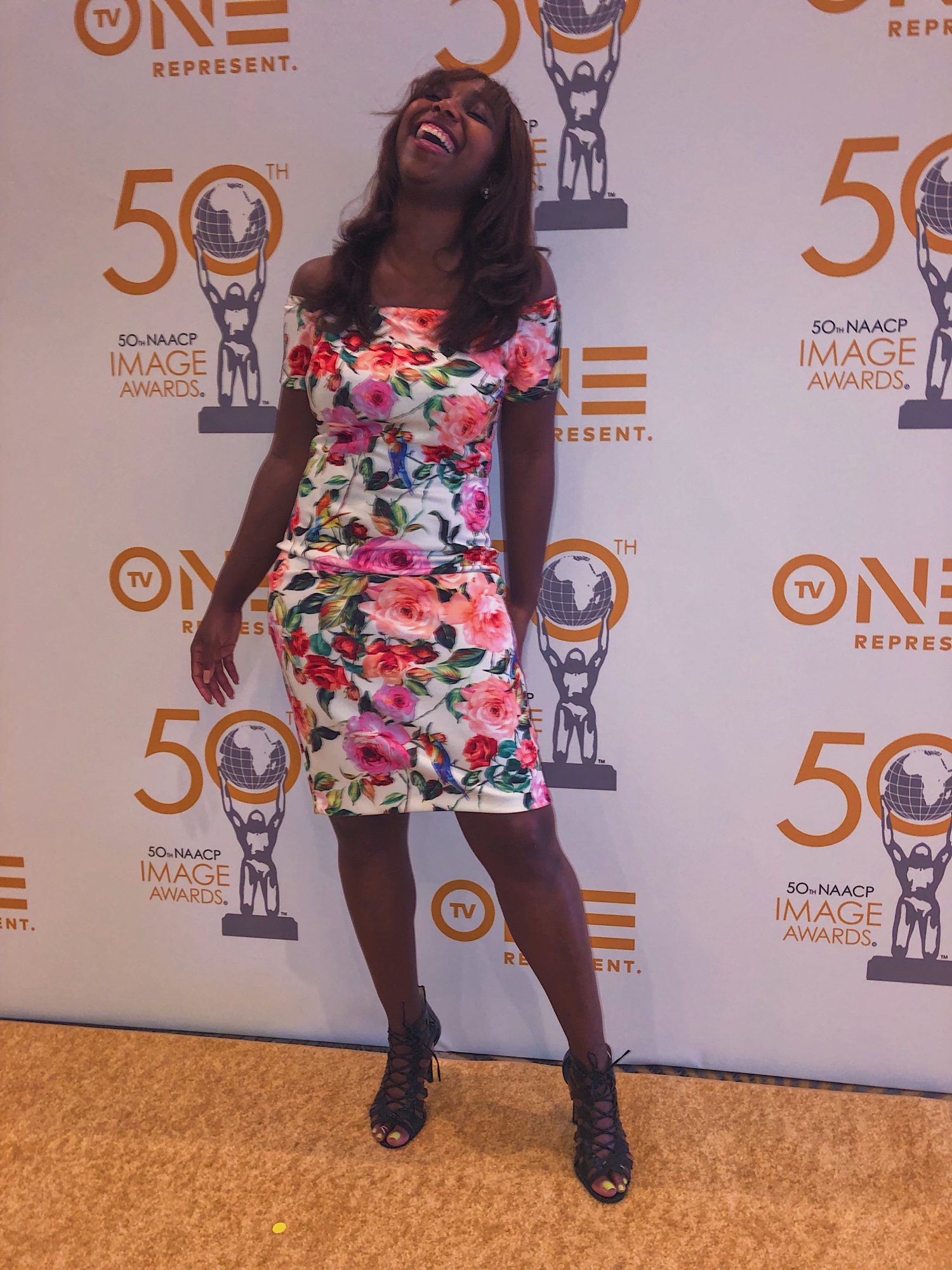 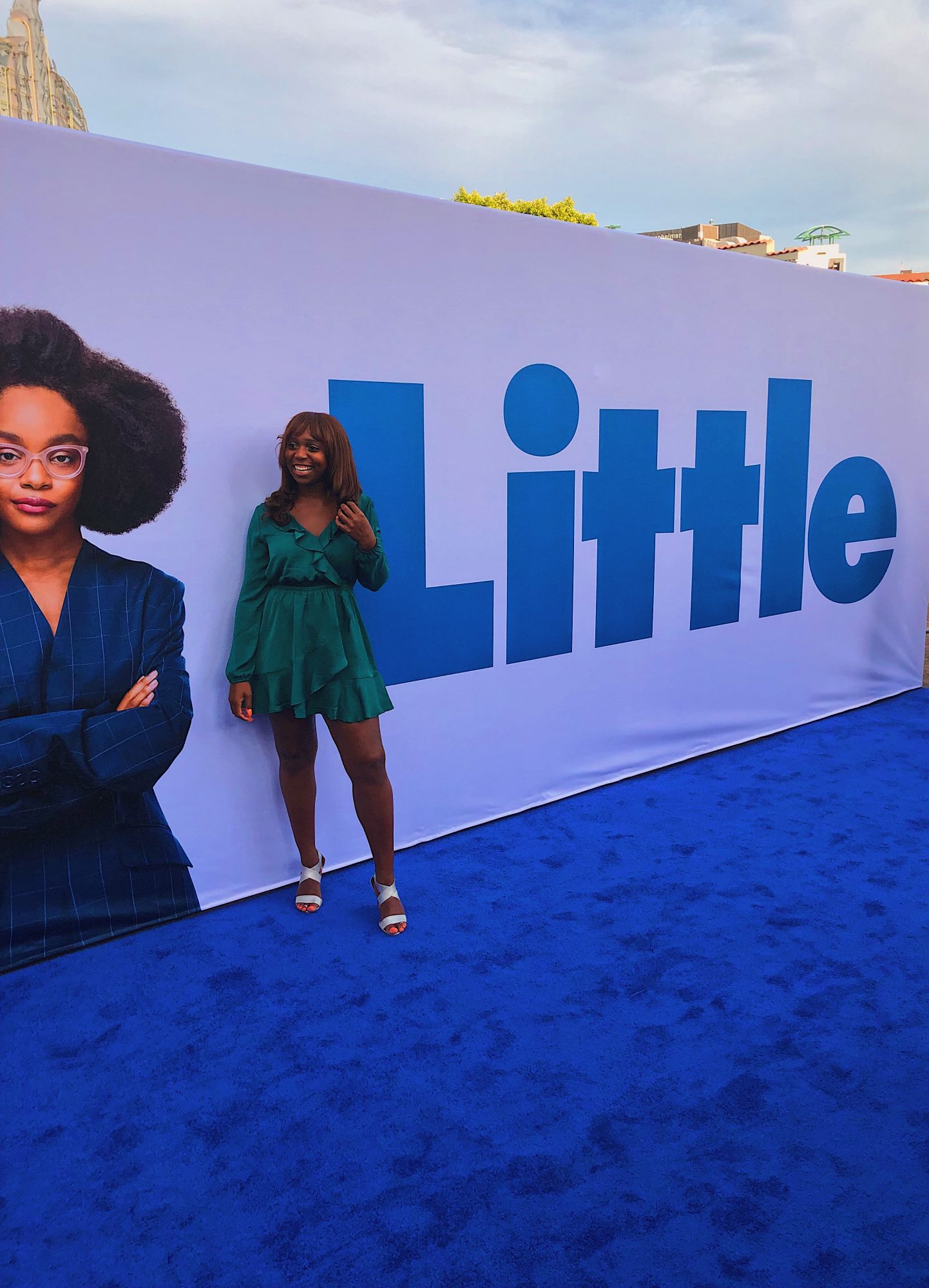 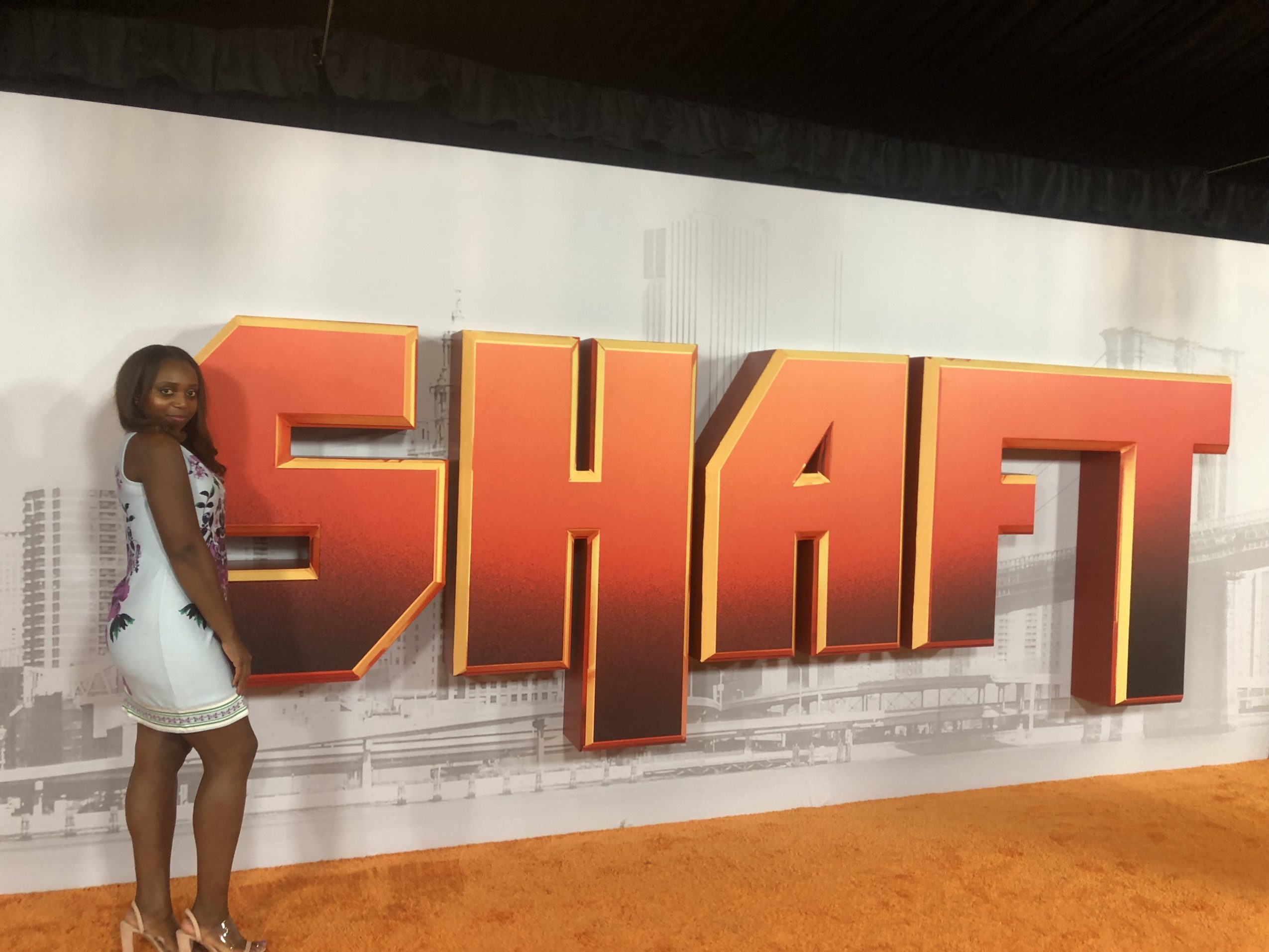 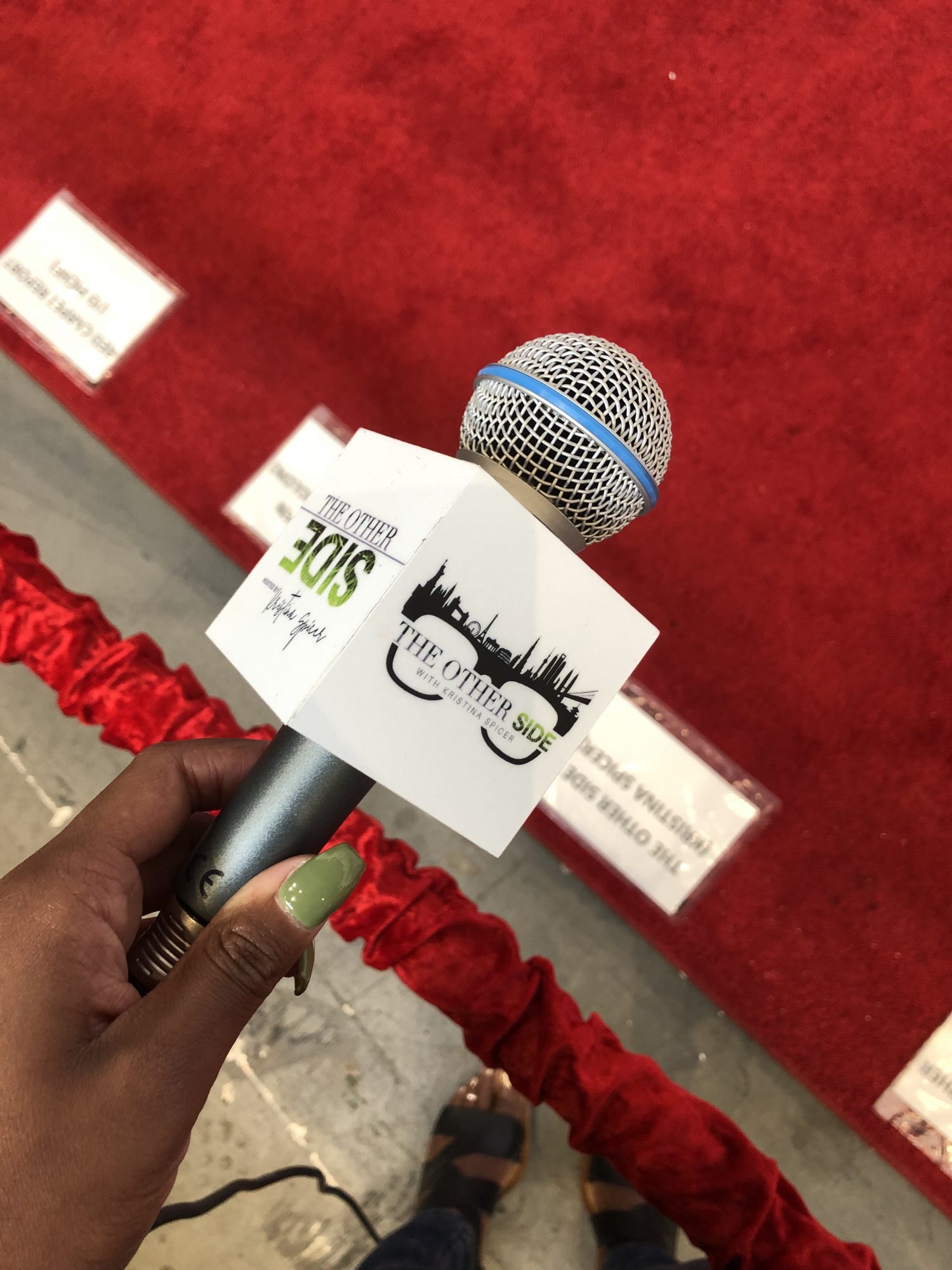 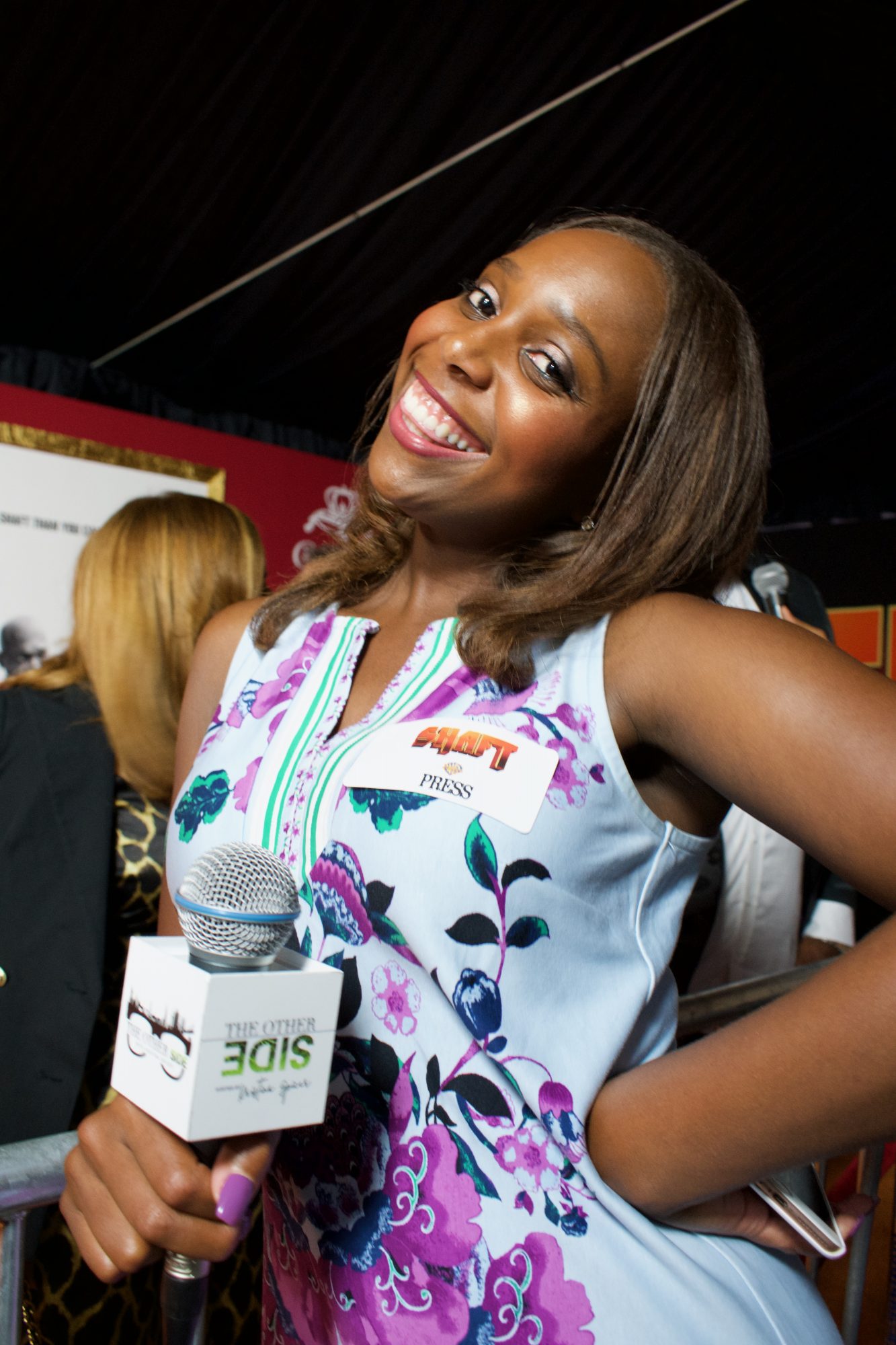 Image Credit:
Credits for all “Shaft” pictures: All Eyez Media