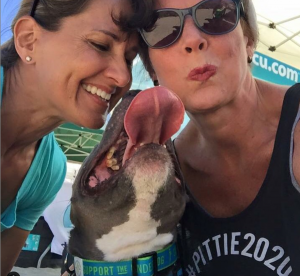 Today we’d like to introduce you to Kristin Waters and Carole Feeny.

Thanks for sharing your story with us Kristin and Carole. So, let’s start at the beginning, and we can move on from there.
Project Blue Collar essentially began at a CrossFit gym in Cincinnati 2012 where Carole, and I met and quickly discovered our mutual passion for animal rescue.

Carole was an active foster for a foster-based rescue, and I (Kristin) was a volunteer at a no-kill animal shelter. Between the two of us (crazy) animal lovers, we feverishly networked to get dogs off euthanasia lists and do what we could to help animals in need.

Early in 2012, Carole was in a focus group for new dog shampoo, and while telling the group about the transformation of rescue dogs on their road to adoption, she realized that the general public doesn’t get to witness this change. Rather, the public’s general perception of rescue dogs has been largely influenced by the marketing strategies of well-funded national animal welfare groups.

The campaigns engender our pity with tragic images of animals in need (insert the plaintive singing of Sara McLachlan here) and leave us thinking of them as damaged goods. While these marketing efforts are successful at raising funds, they are not helping dogs get adopted. This realization prompted Carole to think of a way to identify rescue dog s and get them to be the marketers of their own movement.

Because of my obvious shared passion for rescue dogs and background in sales and startups, she approached me to partner with her in the quest to make a product to identify rescue dogs and elevate their status.

After some brain-bending and consideration of multiple social crazes that went viral, it finally came to us one day and hit us over the head: If people wore their causes on a rubber wristband, why couldn’t adopted dogs wear theirs on a collar?

So Project Blue Collar was born. Project Blue Collar taps into the innate human desire to love and help animals. The story of rooting for the underdog to transform into a superhero is a compelling theme in our culture and is reflected in our tagline: Support the Underdog.

Our first product was the Blue Collar, an accessory collar similar to the ubiquitous rubber cause wristbands. The Blue Collar gives an opening for people to tell their rescue dog’s story and encourages others to adopt. It’s a way to start conversations, educate, and inspire people to adopt a dog.

And it helps to grow a community of advocates who can be a part of something bigger than themselves. We have also found that people who have purchased their dogs from breeders also want their dog(s) to wear the Blue Collar. Ultimately, the Blue Collar makes the dogs the ambassadors of dog adoption – regardless of where the dog came from.

In response to the overwhelming support from people on six continents and in all 50 US states within the first year of launching, we expanded our product offering and developed the first lifestyle brand to celebrate dog adoption. Our products are designed with one sole purpose: To show RESCUE PRIDE and make a difference for dogs in need.

We’ve been committed to giving back to rescue groups since day one and over the years experimented with ways to provide these organizations with the most immediate value. The most effective model is our Buy One Give One (BOGO) program.

For every collar, leash, or harness purchased from our BOGO Collection through our online store (www.projectbluecollar.com), one of the same is given to our current BOGO Beneficiary. Rescue groups are always in need of these essential items for the dogs in their care, and our bright brand colors on the collars, leashes, and harnesses provide a “marker” of new chapter ahead for a dog in need.

Rescue groups who are PBC BOGO Beneficiaries are given two-week time periods for their PBC BOGO drive. Groups best suited for the BOGO program are ones who have an immediate need to stock up on collars, leashes, and harnesses, are already actively engaged with their supporters through social media and email campaigns and can commit to communicating consistently with their followers throughout their scheduled 2-week time period.

We’re always bombarded by how great it is to pursue your passion, etc. – but we’ve spoken with enough people to know that it’s not always easy. Overall, would you say things have been easy for you?
Our biggest struggle initially was the concept of the Blue Collar and the value it could bring to rescue groups. At the time, Lance Armstrong’s scandal was fresh in people’s minds, and we weren’t sure if saying “like Livestrong for rescue dogs” was the best way to describe the Blue Collar. Fortunately, our fears were allayed because most people were aware of the concept of the cause wristband, so they understood the intention of the Blue Collar.

However, in the end, we got a lot of valuable practice giving our pitch, and in the process, discovering the possibilities for an evolving lifestyle brand. From 2012 – 2014, we were able to grow our social media channels remarkably well organically. Shares and likes went berserk, and we thrived on getting noticed. Then one day, all fell silent on Facebook and Instagram when the algorithms changed.

It became a pay-to-play only world and small businesses like ours suffered drastically. We prided ourselves on authentic content creation and inspiring crowdsourced images and stories from our supporters. But we are lucky to get any reach these days from our 50K followers that Facebook says we have! This is a real sticking point for us because so many rescue groups and networkers live on Facebook.

The most common mistake people make about PBC is that we are a non-profit. We think that’s primarily because of the predominant public perception that anything animal rescue related is non-profit. We are a small business and not a non-profit because want to support the lifesaving work of rescue groups and not be in competition with them for funds.

As a for-profit business with a passion brand, we are able to broadcast the message of adoption on a larger scale than rescue organizations can, while energizing people to join in a cause bigger than themselves. We have a give back component to our business that is rooted in our commitment to supporting rescue groups. Because there are only two of us running the show, our bandwidth is stretched, and we’re not always able to realize the dreams we have. Fortunately, at the end of the day, we have such wonderful customers and supporters.

So, as you know, we’re impressed with Project Blue Collar – tell our readers more, for example, what you’re most proud of as a company and what sets you apart from others.
People loved that we were rescuers ourselves and that we were “branding” the rescue sector in a universal way with a symbol. Rescue groups were grateful that their work was being acknowledged and supported. It was as if there was this sigh of relief like, “someone gets us!”

When we were exhibitors at the CrossFit Central East Regionals, we were also blown away by how appealing our message of dog adoption was to an entirely unique demographic, CrossFitters. We had hordes of athletes and spectators at our booth who loved our “Support the Underdog” tagline and cleaned us out of merchandise. Perhaps since CrossFitters have an innate desire to cheer on the underdog during a workout, they naturally see that rescue dogs are also worth believing in, no matter what circumstances they came from. There are countless stories of how people’s lives transform through CrossFit, so it follows that CrossFitters would be inclined to believe that rescue dogs are capable of new beginnings, too. We were/are thrilled to have their support!

We are most moved (as in, well up with tears and overcome with all sorts of emotions) when we receive stories through our website or messages about how an adopted dog has changed a person’s life. There is a real vulnerability that comes with sharing what a dog means to a person, and we’ve been able to give space to people to let them celebrate their adopted dog’s role in their lives. We love to reward people with a Blue Collar when they share their dog’s story because we feel like they have given us such a gift. The other times that have really made our hearts sing are when our rescue partners post pictures of their dogs wearing PBC. That’s when we’re feeling like proud mamas because that PBC collar/leash/harness is marking a new chapter for that dog.

We’ve been a brand for dog adoption since 2012 – and likely were the first brand to give rescue dogs a voice. People seem to love the quality of our products and the messaging. We get such great feedback from people about the fact that we emphasize the positive about rescue dogs. I think posts about dogs in need on social media can really exhaust most people, especially those who aren’t in the trenches and can manage through the emotions that come with saving lives. We like to offer hope and celebration of those efforts to save lives, while also giving people a way to support the lifesaving work of rescuers with our BOGO program.

So, what’s next? Any big plans?
While we are a small business, we’ve got big dreams! We are always interested in broadening our content creation/curation efforts and finding partnership with other like-minded businesses. We’d also like to add products from other brands/retailers to our online store that fit our brand filter (promoting dog adoption and sharing life with an adopted dog). And lastly, we’d really like to make PBC a household name among rescue groups so that we can go from having two BOGO Beneficiaries a month to four a month. 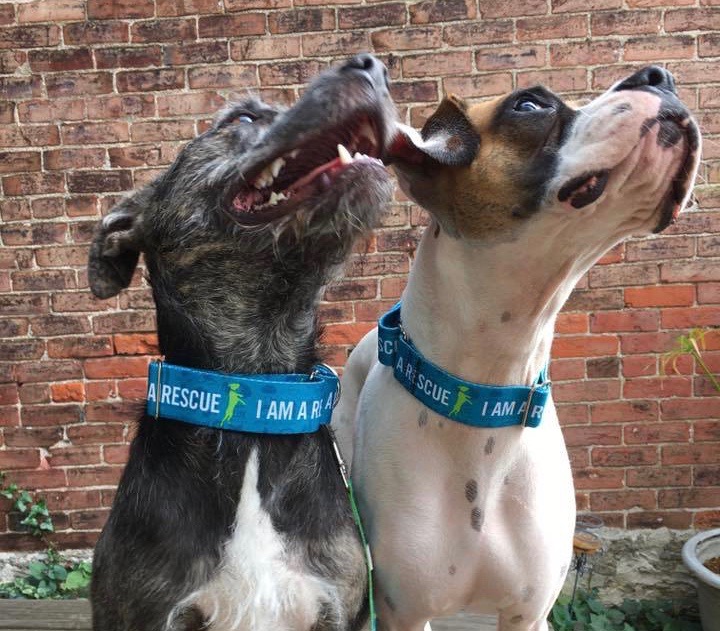 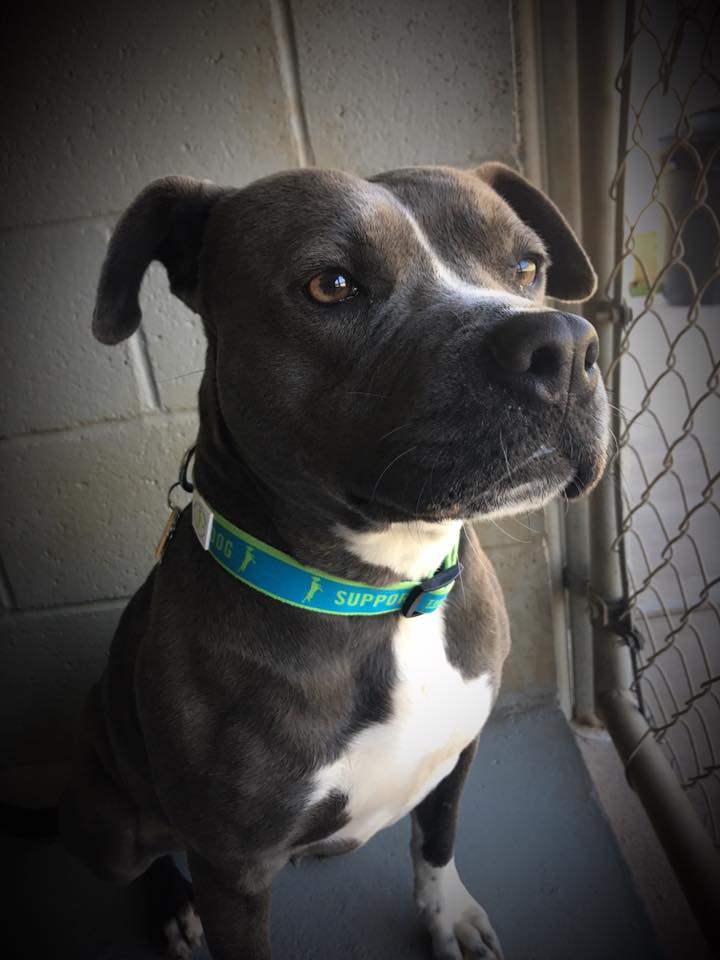 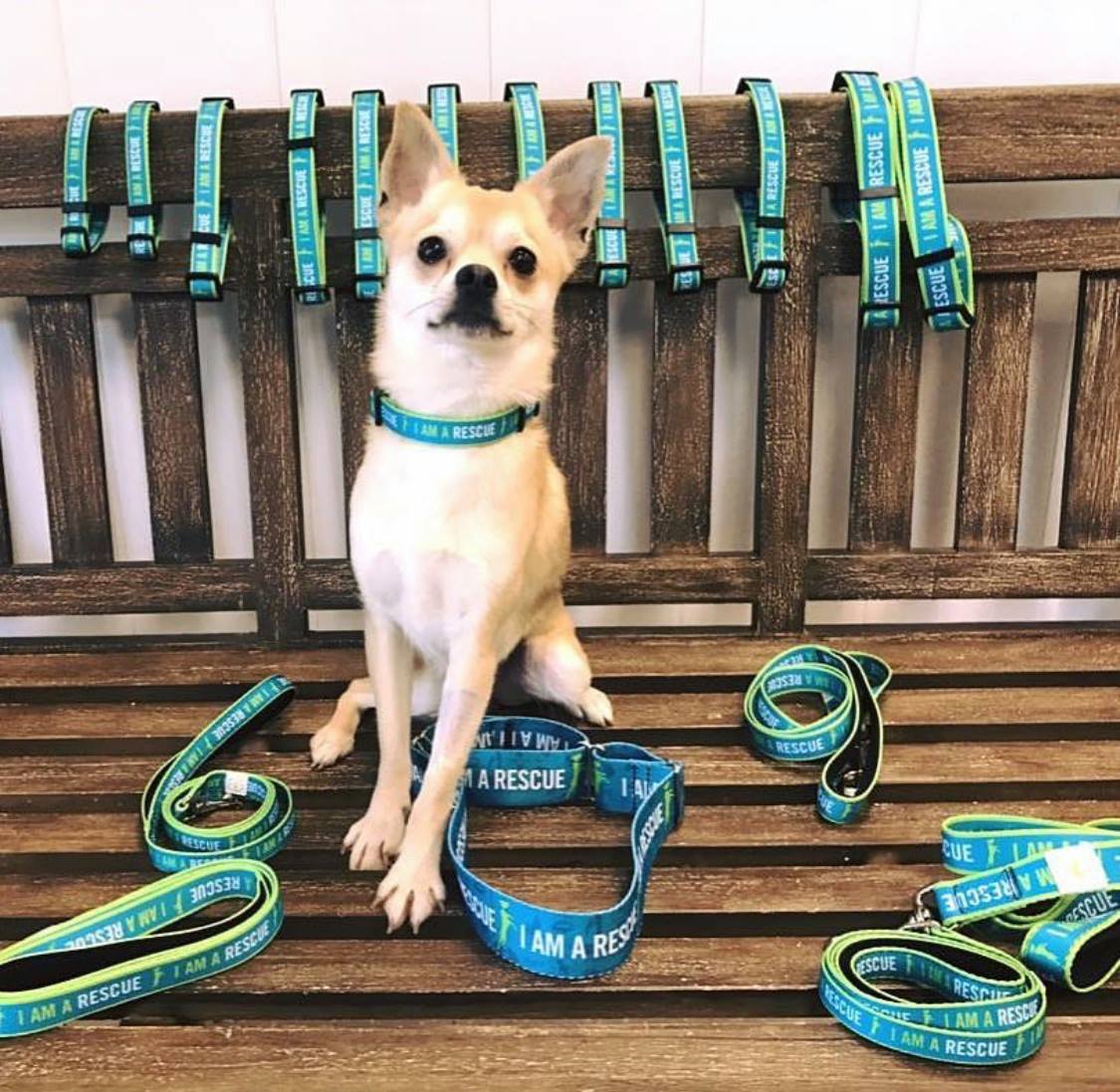 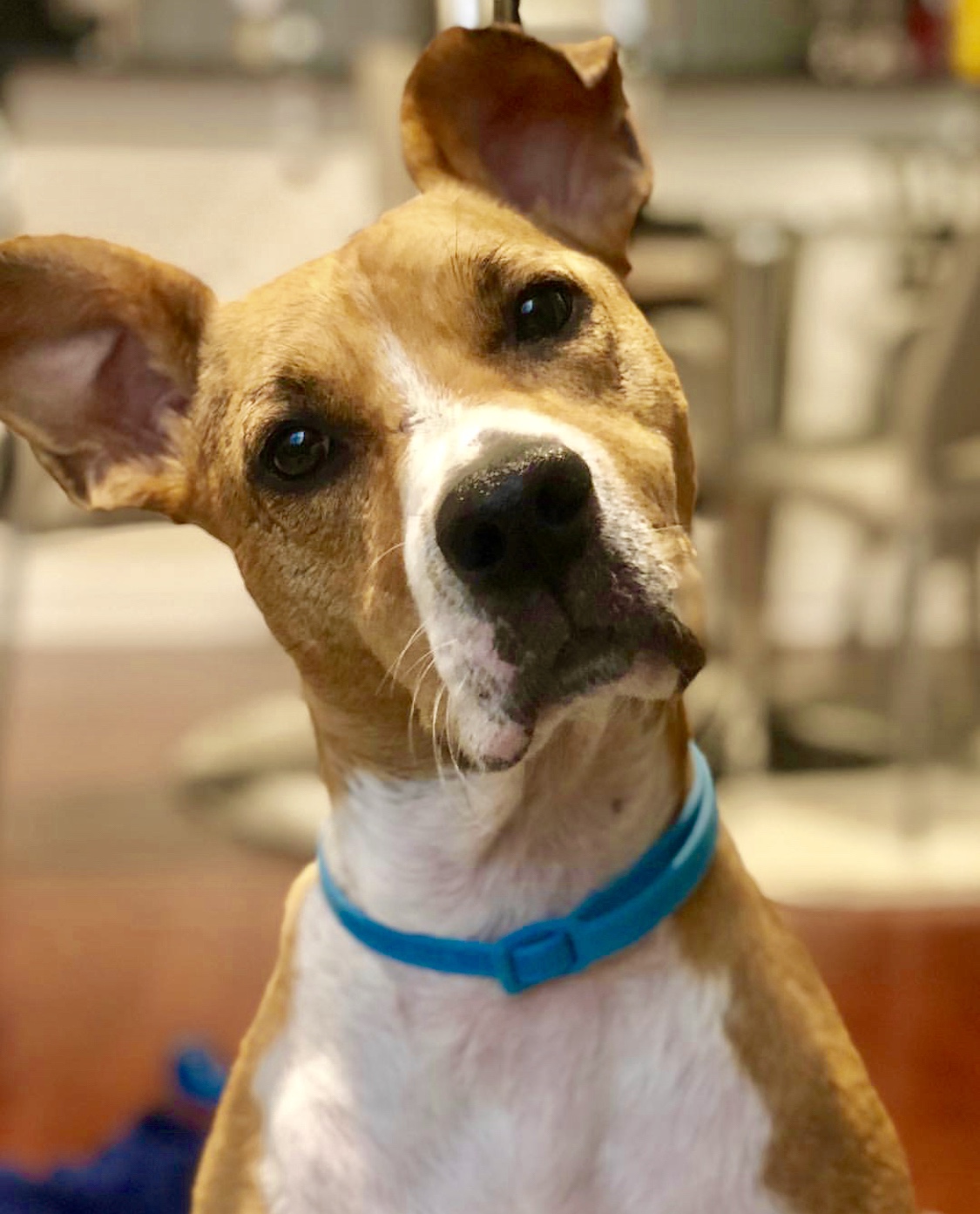 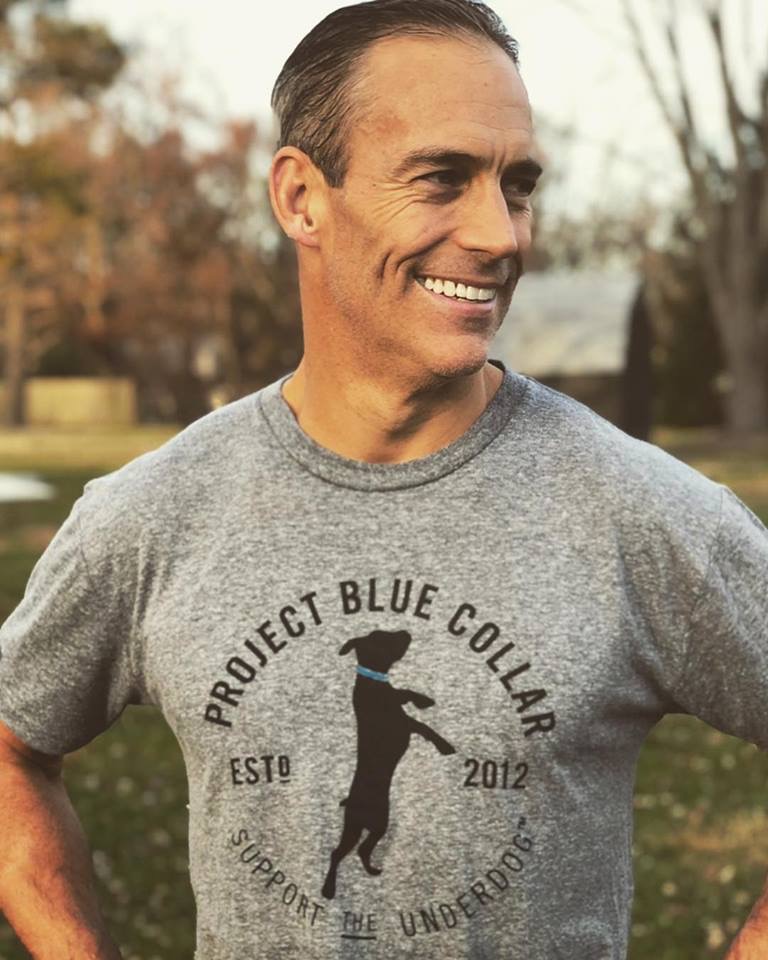 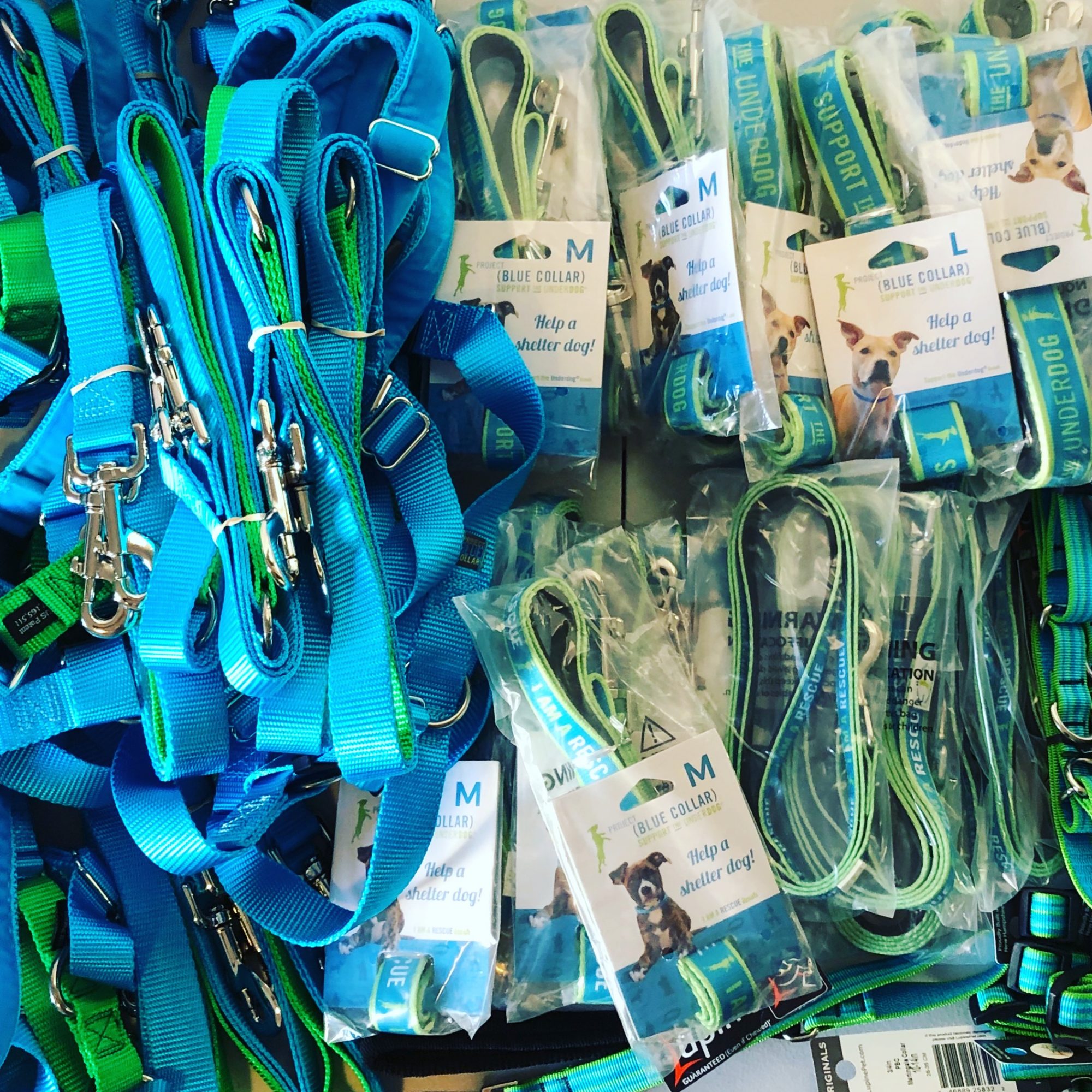 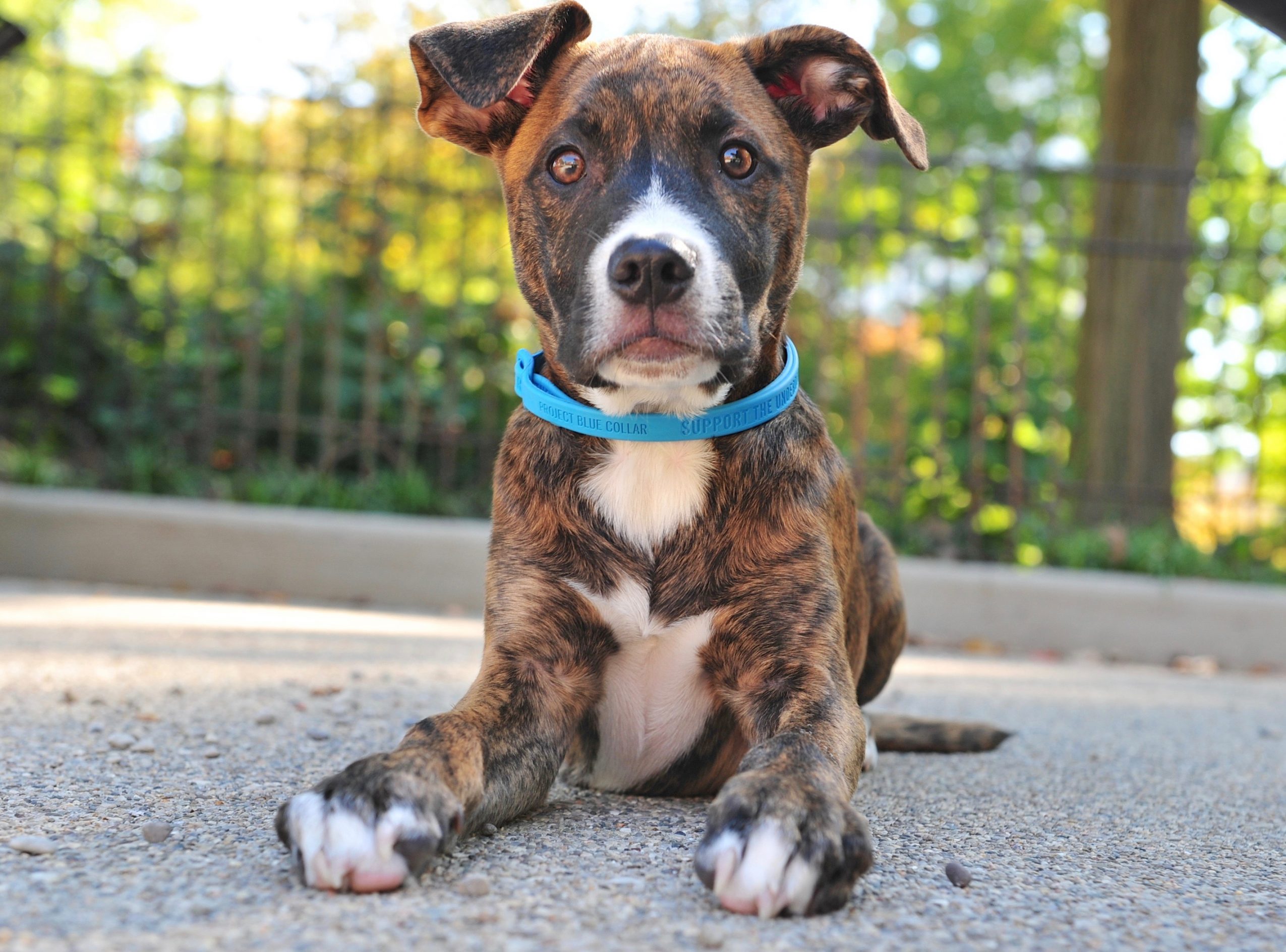 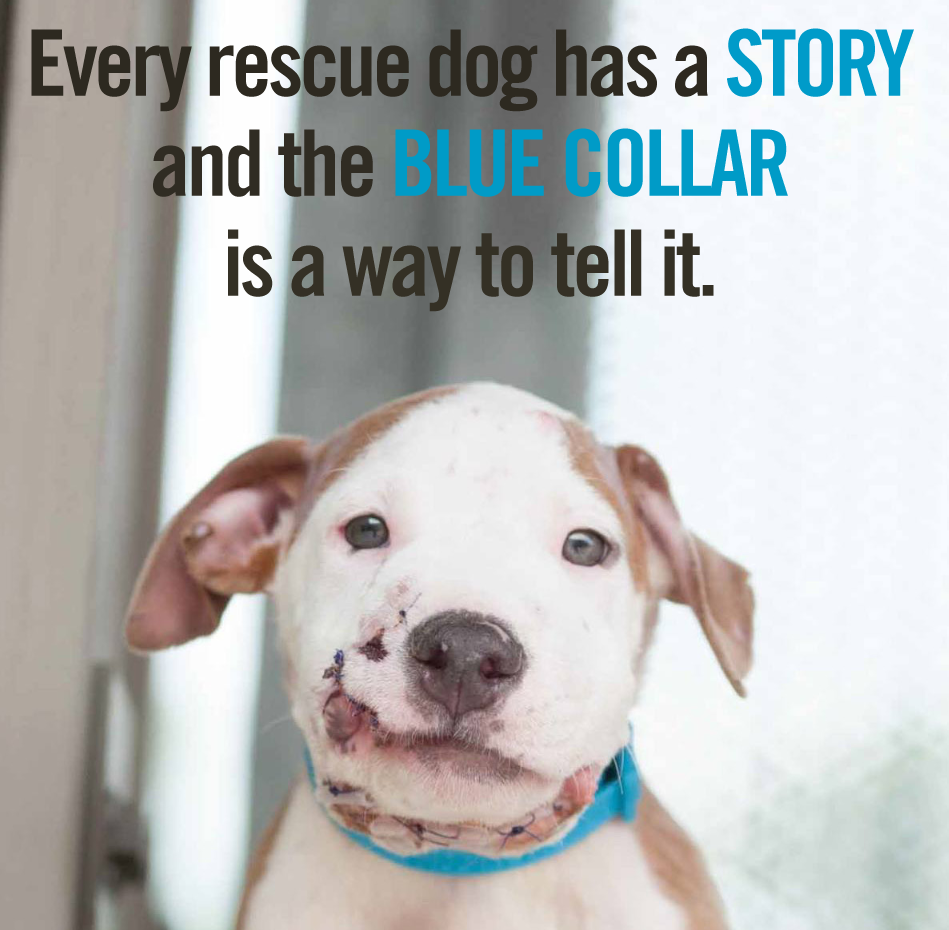