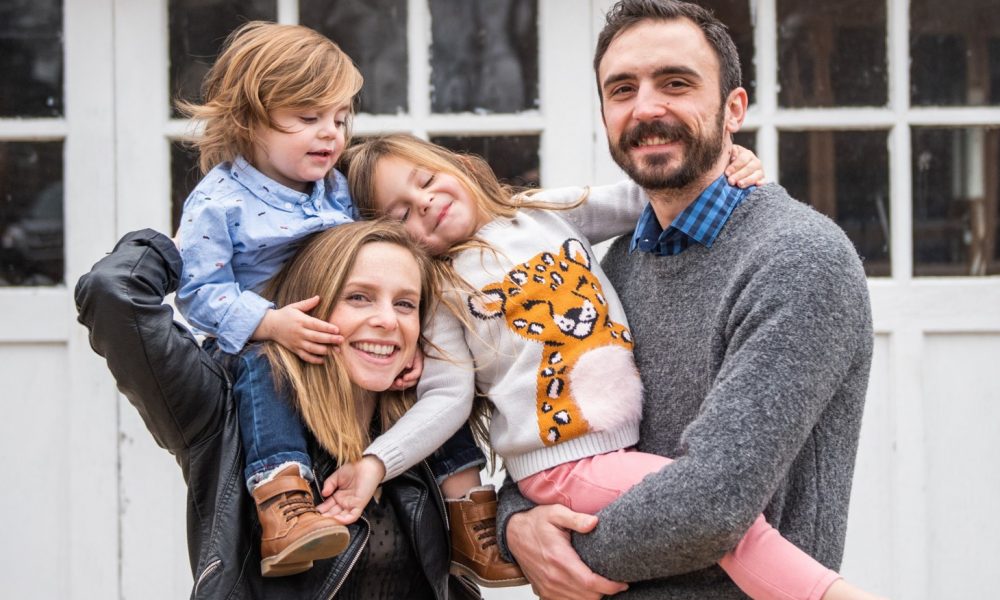 Today we’d like to introduce you to Kristen DellaPace.

Kristen, let’s start with your story. We’d love to hear how you got started and how the journey has been so far.
Hi there, I’m Kristen- an Actor, Writer, reluctant Producer and Stay-at-Home-Mom to my two kids, Della (4) and Rowan (2). After college I hit the ground running in LA with improv class’, business class’, casting director workshops, etc. while working low paying yet flexible jobs. Textbook, I know. Though I was enthusiastic, I was definitely overwhelmed by the initial learning curve. Over my first two years of work I became SAG Eligible, which helped me find representation. I mostly worked on independent films but then started to audition for TV pretty steadily. That’s about when my husband and I decided to move to London for three years for his Ph.D. program.

Initially I was frustrated by the smaller and slower market but despite my reservations, this time away from LA grew me as an artist versus a business person. I met some filmmakers who eventually became my film family. They taught me how to make short films and to this day I still write shorts for their production company, Tropic Crusade Pictures. My husband and I also had a chance to travel a lot during this time, which changed my outlook on life. I felt incredibly filled by real life and I didn’t need my next credit to do that for me- it was a really liberating thing. I took classes that grew me as an actor, auditioned for some great pilots and even filmed a US national commercial in Belgium, which was awesome. I learned to love the process more than I loved the results and ultimately, I gleaned some much needed perspective during this season of life.

We moved back the states with our four month old baby in tow and since that point, I’ve set up shop in LA, had second kiddo and have written a pilot, web series, parody music video and several short films (with my writing partner Jess Ardrey). I may have whined every step of the way but with the support of anyone and everyone who would listen to me gripe, I’ve been able to produce half of what I’ve written so far. Sorry and thank you to all of you friends and strangers who listened. When I felt the time was right I got back into the mainstream world of auditioning. Thankfully through some prayer and and persistence I have an agent I love who gets me out there and pushes me to be my best. Balancing work and home life can feel stressful at times but I think any parent would echo that sentiment. I’m very grateful to be both a Mom and Actor.

Great, so let’s dig a little deeper into the story – has it been an easy path overall and if not, what were the challenges you’ve had to overcome?
Hah. Yeah, I’ve had many low points but I’ll share this instance because I received some good advice worth sharing. So, there was a low point for me after I found out I was pregnant with my second baby when I was ready to quit. Not because I didn’t love my work anymore but it felt like a luxury amid all our stressors. Plus, I was depressed and didn’t want to put in the effort—minor detail. We had just moved back to the states. Finances were tight, I lived two hours from all the industry action (in NYC) and I couldn’t find an agent. Thankfully I was working with a therapist during this tough transition who heard me out and encouraged me not to quit, mostly because he sees too many of his older clients in misery over their regrets and didn’t want that for me. His distilled message is this: Choosing a new chapter in life can be great if and when you’re ready but never quit simply because your work is too hard. Never let the difficulty of your work be the thing that breaks you. He challenged me to go all-in for one more year then decide after that point. As you may have already gathered, I’m still kickin’. In the wise words once spoken by Journey, “Don’t Stop Believing.”

Please tell us about Kristen DellaPace.
I want to be chameleon actor that can do anything like Meryl Streep but alas, I’m no Meryl. My niche is comedy. I usually play a snarky overachiever or the fresh faced, trustworthy gal. Rest assured, snarky is 100% more interesting to play. Beyond character and genre, I hope others know me as a source of honesty and encouragement. I think how we do our work matters just as much as the finished product itself. Whether it’s giving/receiving script notes or working on set, I like to be sure conversations stay productive, positive and in the best case scenario, fun.

Do you look back particularly fondly on any memories from childhood?
Definitely, I had a very idyllic childhood and a major part of that is my family’s bond. My husband teases me that I essentially grew up in a commune. My grandparents had six kids and all those kids lived within a half hour of each other so I grew up around my fifteen cousins. There was never a dull moment if you didn’t want one. I loved that we could walk into each other’s houses without knocking and there was (and still is) a standing invitation at my Grandparent’s house for swimming and sleepovers. Everyone pitched in with school drop off, pick ups, church activities and whatever else was needed at the moment. I grew up with some eccentric Halloween parties and deep chats while floating in the lake. It was a really beautiful upbringing which has kept our large family tight-knit as we’ve grown. 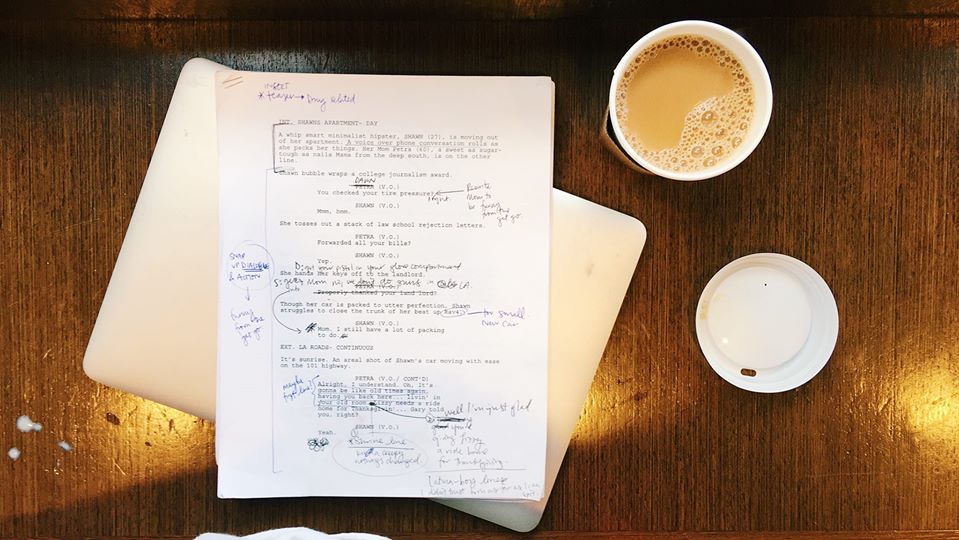 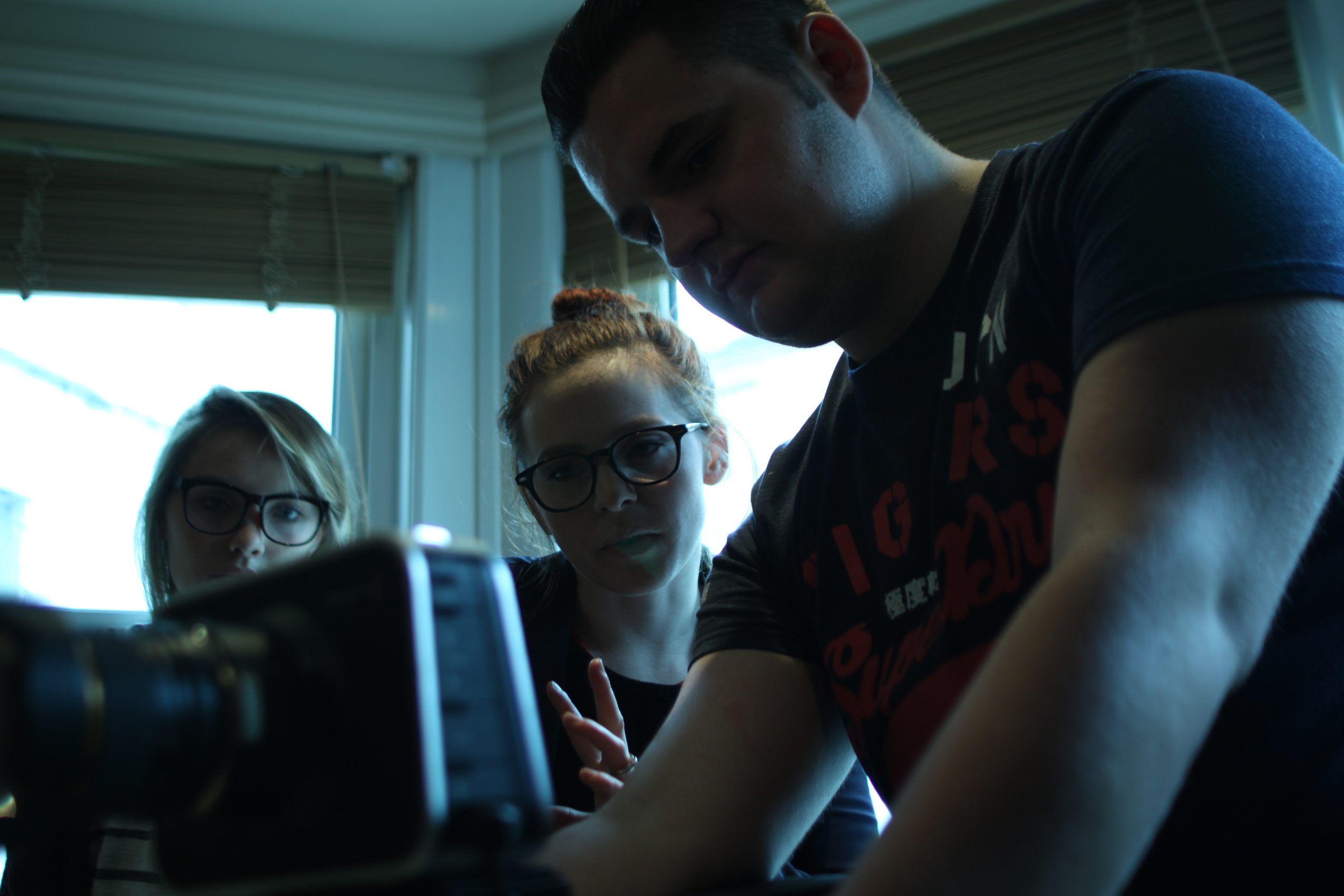 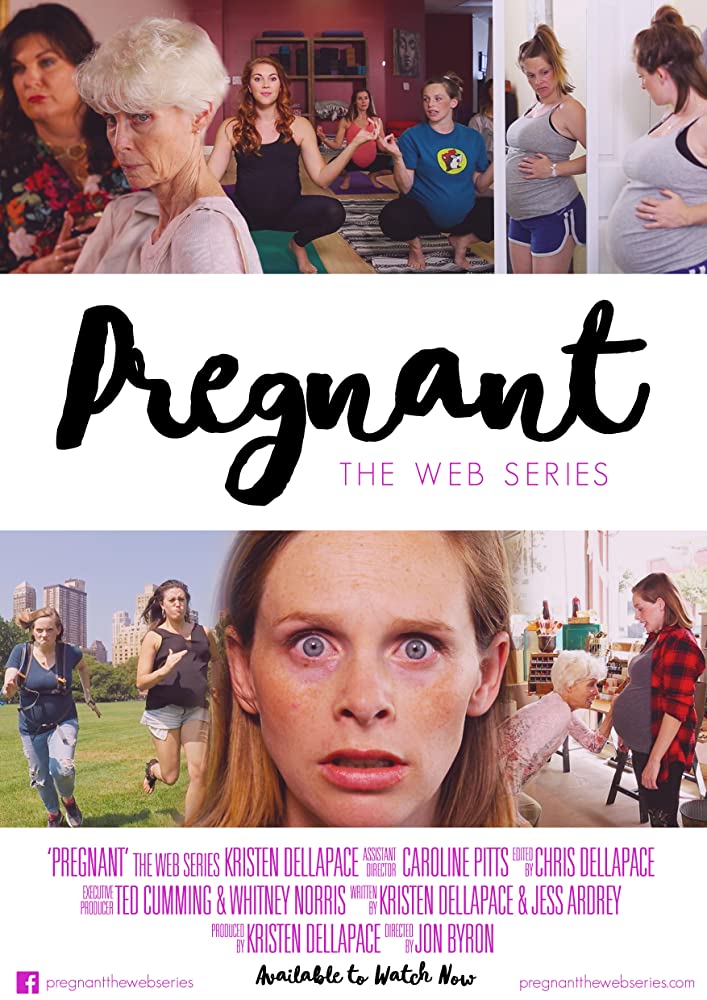 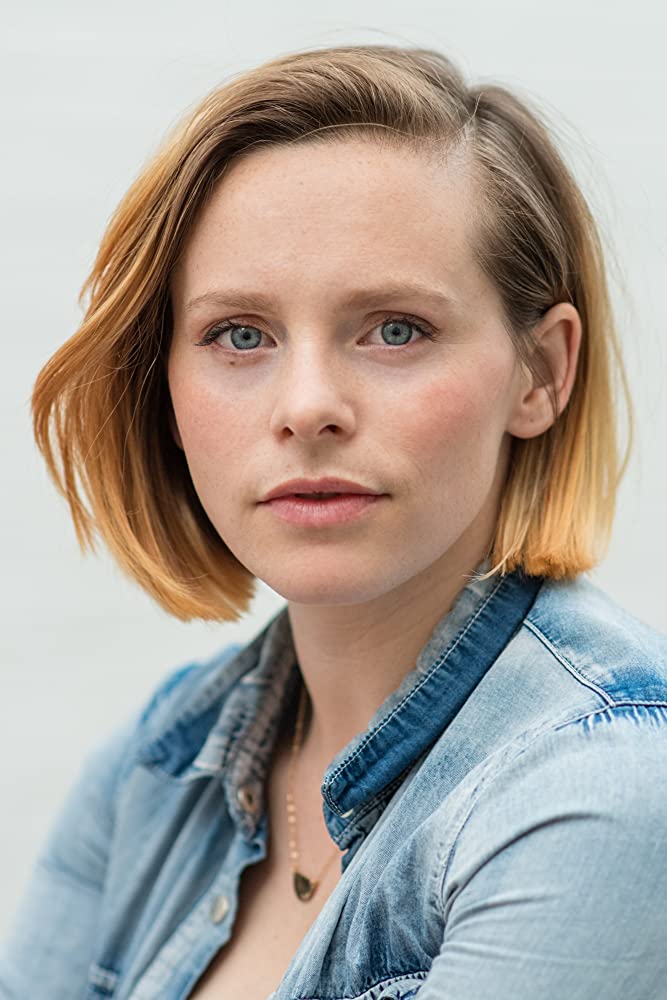 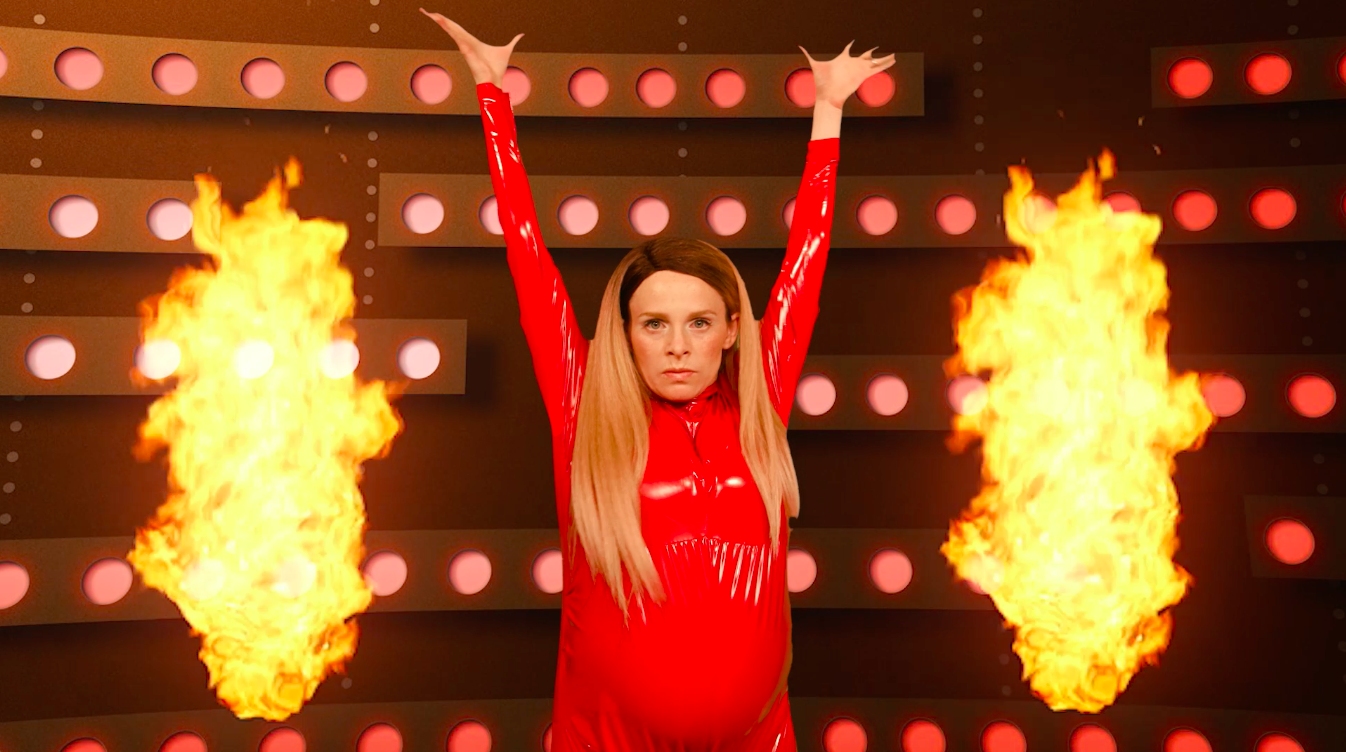 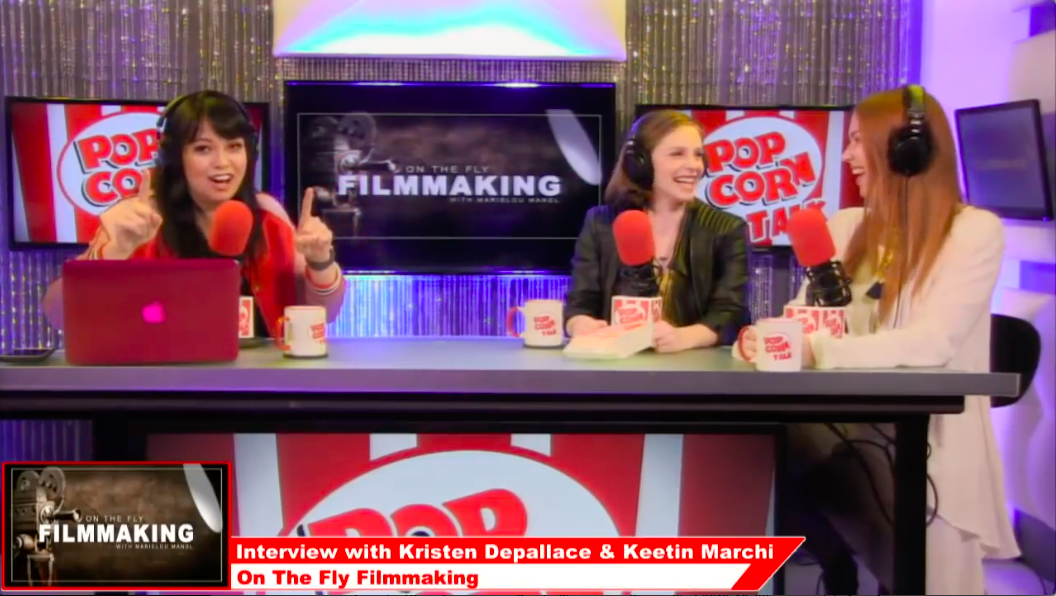