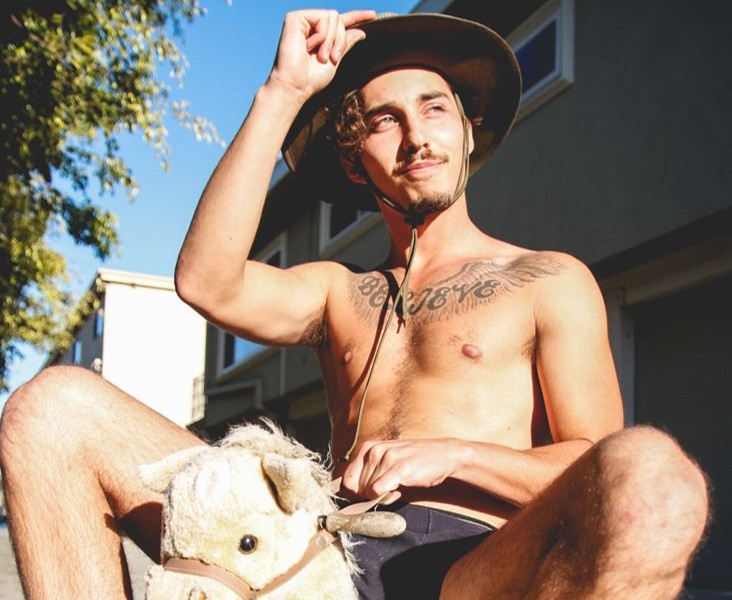 Today we’d like to introduce you to Cordero Roman.

Cordero, please share your story with us. How did you get to where you are today?
A few years back, I became increasingly upset with people accepting the low standard of iPhone photos as a means of capturing memories. I felt like I had a civil duty to try and help people enjoy high-quality photos that don’t distort perspective, aren’t taken in horrible lighting, and don’t have 90% unnecessary head space. So I purchased a DSLR and just started shooting photos of people around me. Really bad, fake HDR, photoshopped to the extreme pictures. Watched a few tutorial videos online, but never really had any formal training. It probably still shows. And then slowly, over time, just experimented with styles until I found what I enjoyed shooting. Not scenery. I hate shooting scenery and there are a million people who can do it better so I’ll leave it to them. Having human subjects is great for me because it provides the opportunity to capture them in a moment that will never ever happen again. Is that cliche? I just like to have fun, be goofy, and try out new things.

Has it been a smooth road?
I still struggle with the idea of dedicating my life 100% to anything. Maybe it’s that dreaded fear of commitment, but I’ve never really felt like “I’m a photographer.” I just tell people I take decent photos and show them my portfolio. Also doing YouTube videos in front of the camera, I constantly go back and forth being indulging in my narcissistic side and accepting my private side both in front and behind the camera. It’s been extremely difficult because if you really want to be successful at something, you can’t half-ass it. I’ve been like quarter-assing a bunch of things my entire life because I have occupational ADD. But every time I pick up the camera and have a subject ready, I get this reinvigorating burst of excitement and creativity, where I’m ready to take a shot that will guaranteed give them the most likes they’ve ever received for a Facebook profile picture.

What were you like growing up?
Growing up, I was the hardcore product of minimal parental supervision and a vicious appetite for the edginess of the late 90’s. This means that before I was a teenager, I was watching bloody horror movies, playing violent video games, and fighting my neighbors in our backyard wrestling federation. As I grew older, I explored more creative realms and when I reached middle school, I found myself drawn to writing poetry and stories as an outlet for expressing emotion. Then it became rap songs. Then it was filmed. And it all has culminated into this ADD-level of multi-faceted creative desires. Photography is one of those things.

Do you look back particularly fondly on any memories from childhood?
My favorite childhood memory might be our backyard wrestling federation, appropriately titled “Extreme Underground Wrestling” or EUW. My brother and I have loved wrestling our whole lives and so when I was nine and he was thirteen, we started filming each other wrestle our friends in our backyard for fun. Thirty full VHS tapes later, we have this awesome collection of hilarious moments through a couple years of dedication to a craft. And on a deeper level, I acknowledge that as my first step into the world of on-camera acting, which has been a huge part of my life ever since. It was so fun to talk shit like The Rock, chug fake beers like Stone Cold, or give demented interviews in our basement like Mick Foley. And it was also pretty fun to jump off of our house.

What are your plans for the future?
The future scares the shit out of me. I honestly don’t know where I’m going in life, which is the beauty but also the terror of it. Photography is an immense amount of fun, but I don’t want it to be the end of my creative road. I get too restless doing only ONE creative thing. I currently have a YouTube channel with 100k+ subscribers (is that even impressive anymore? Probably not.) and I’m working on writing some new rap music. Basically a master of none, but I really wouldn’t have it any other way. And depending on who wins the election, I might leave the US and explore abroad.