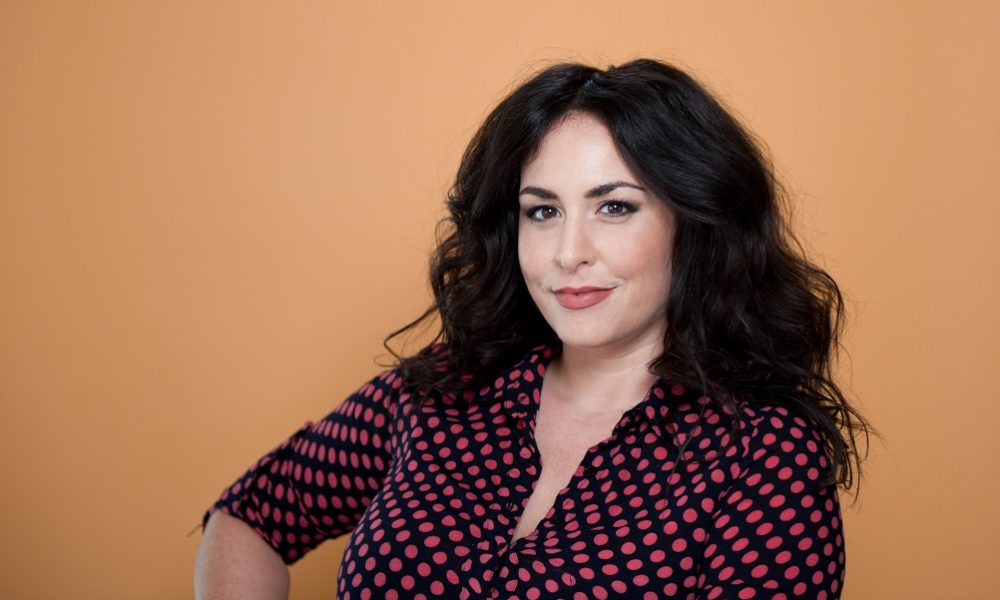 Today we’d like to introduce you to Batia Parnass.

So, before we jump into specific questions, why don’t you give us some details about you and your story.
I was born in Jerusalem Israel, and as far as I can remember myself, I was always performing on some stage. I knew from a very young age that I would study and live in New York City. I wasn’t even 21 years old when I made the move with one suitcase and one thousand dollars in my pocket. Yep, I am that cliché. I went to The Lee Strasberg Theatre Institute – a lifelong dream of mine. After graduating, I was very active in the theater community, performing in plays and musicals. New York City is awesome, and like any other NY actor I knew that one day I might move to LA. I wasn’t planning on it though, I liked living in NY.

Next thing you know, I get a call from a friend from LA who and was now in NY filming an Adam Sandler movie! Pretty exciting right?! We had a drink and by the end of the night he talked me into moving to LA. Truth be told: I was reluctant: I was a proud New Yorker, but I was determined to advanced my film & TV career – it was a calculated decision. I felt excited and scared at the same time, and I had friends who already lived in LA and welcomed me with open arms. I missed New York a lot and it took me some time to adjust and completely arrived in my new reality.

Right off the bat, Los Angeles presented a different kind of struggle. I spent a lot of time waiting. Waiting to get called for an audition, waiting to get called back, etc. My urge to act and express myself drove me to start writing and producing my own web series and sketch comedy shows. Some of the productions I am most proud of today are; The Swamp: about a TV Host duo reporting fake Hollywood news – way ahead of our time! Rent a Gay: an escort service for single women who Rent a Gay for a day to go shopping, have dinner with or to pretend to be their straight boyfriend, and last but not least Pre-production fake it till you make it; The original selfie- series, 100% improv, shot entirely on my iPhone and completely made up while I was filming it, about a Hollywood producer who always stays in preproduction.

Creating and acting in my own original content empowered me and made it clear that waiting was no more an option. Next up, I gathered a group of talented people and we began to develop our own material. We would write during the week and shoot on the weekends. Writers and actors would rotate giving everyone a chance to tell their stories; we had pitching sessions with everyone voting on what story would go into production next. Our set up was extremely unique because producers, directors, DP’s, editor and even composers were all part of the KomedyCo network. We had it all “in- house”, like a mini studio. The concept of it was great, but after filming our Cast Vs Crew sketch, more and more members got so busy, some with creative opportunities, others with just life, creating too big of a challenge to keep the weekly schedule going.

Soon after that, I ran into my lifelong friend Ben Eckstein at Trader Joe’s. At sixteen years old, in Jerusalem, we made a plan to one day make a Hollywood movie together. So guess what happens next? I am producing a feature film called a Zero Fucks, a sexy political satire, written and directed by Ben. Everything came together for this film, it was one of the most gratifying experiences I have ever had. We are currently submitting to film festivals excited to see where we will celebrate our world premiere.

During the recent lockdown, I decided it is time get creative again. My idea was to shoot a tribute to some of my favorite films by reenacted scenes and roles that you would never imagine myself get cast in. Once again, I was my own Production Company: producing, acting, editing, color correcting and sound mixing. This was another great learning experience! My “Pandemic Project” quickly gained thousands of views on social media and to this day, its viewership keeps growing.

We’re always bombarded by how great it is to pursue your passion, etc – but we’ve spoken with enough people to know that it’s not always easy. Overall, would you say things have been easy for you?
Oh my – gosh! No! The road was not smooth at all. I had some really dark times dealing with rejection, feeling like a failure and depending on outside sources for validation and happiness. What kept me going was that I never lost hope or my sense of humor. Life is better when you can laugh about yourself. Today I know the only control I have is how I react to challenging circumstances, and I am sorry to be that annoying person that holds the “happiness is within you” sign – but it’s actually true.

Please tell us about KomedyCo.
KomedyCo was originally intended to be a comedy network, built on the principles of creative collaboration and committed to create humorous, high quality and intelligent comedy content, featuring a diverse and multicultural group of creative individuals in all aspects of production. It took a turn when I produced Zero Fucks, I quickly realized that for the time being, I enjoyed it more to work solo. I’m currently developing new material for a series about; the diverse characters that sell you make up “Behind the Counter” and a film about a single girl in LA looking for love with the help of a fortune-teller “The Curse”.

Has luck played a meaningful role in your life and business?
I feel lucky everyday, and I believe one creates their own luck by keeping positive outlook on life. 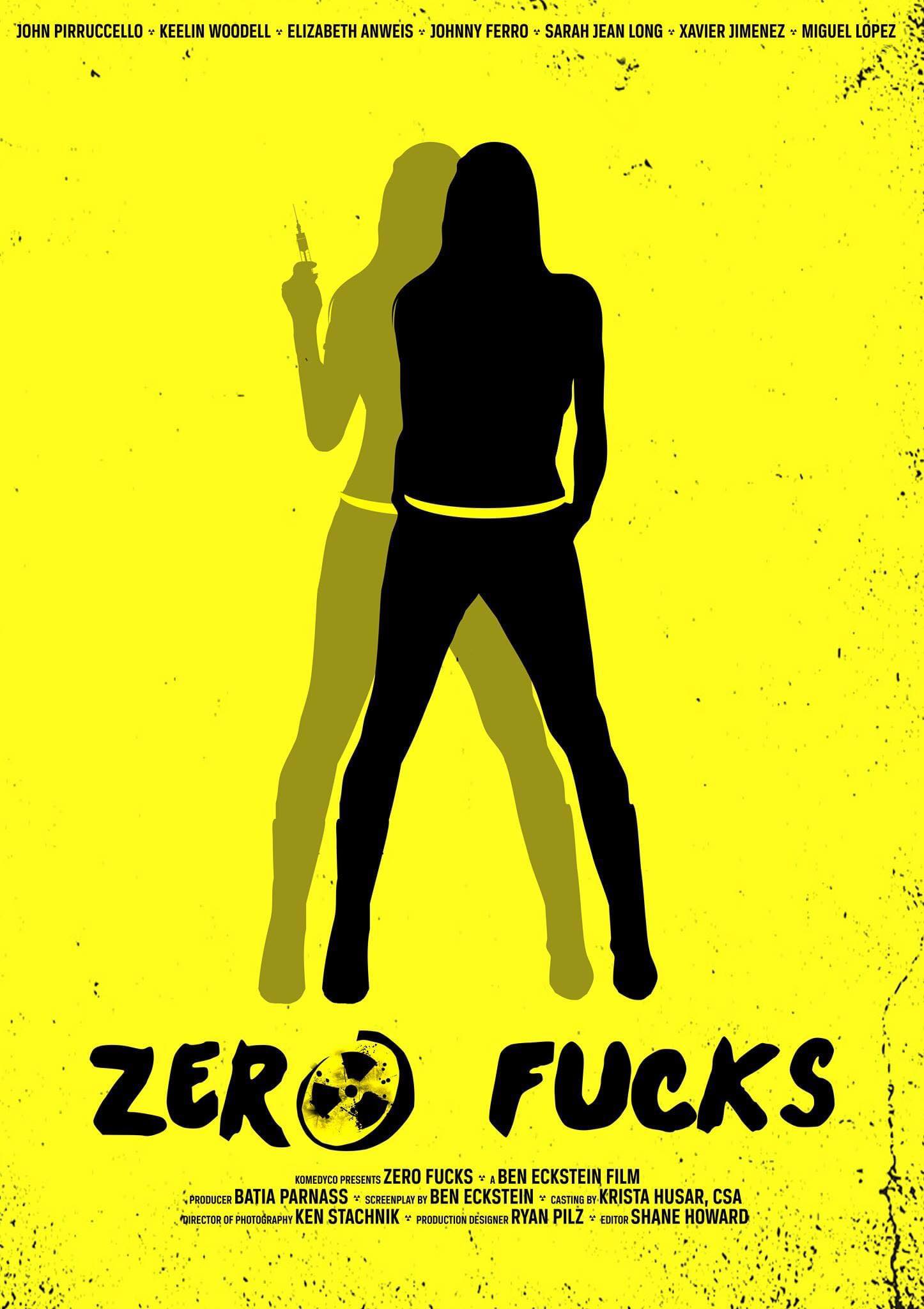 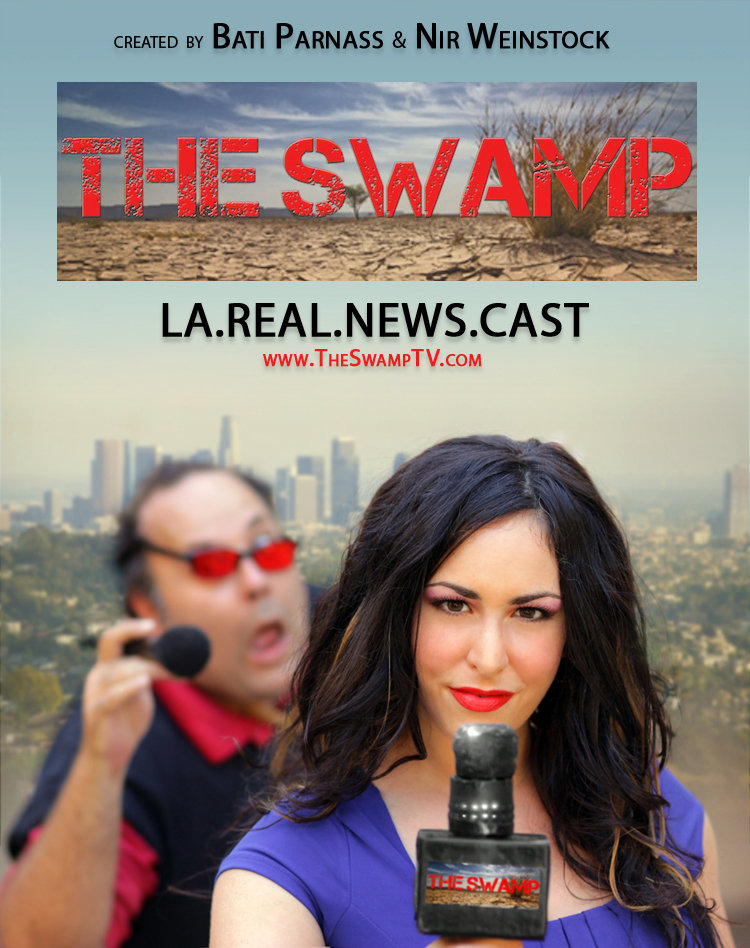 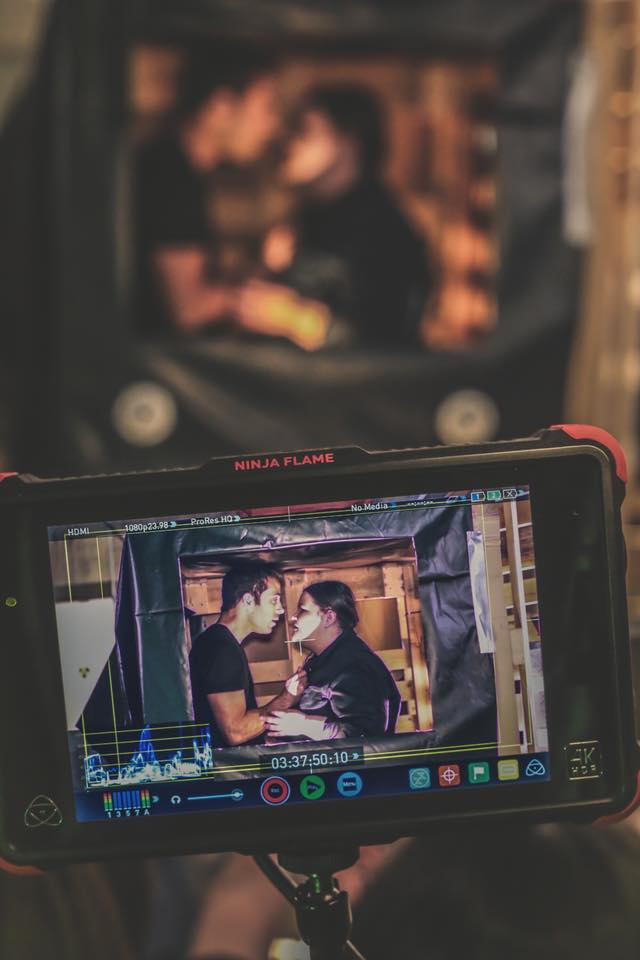 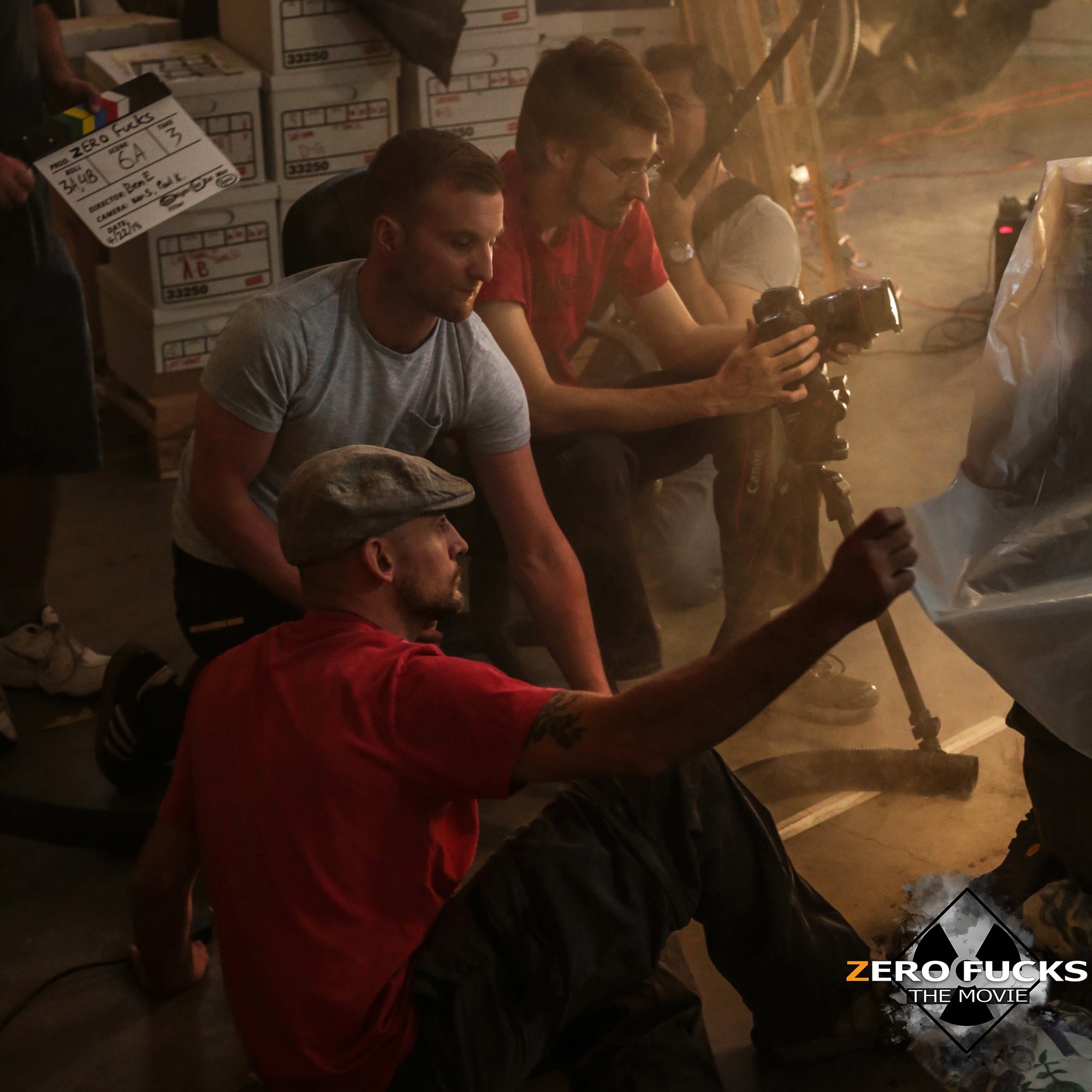 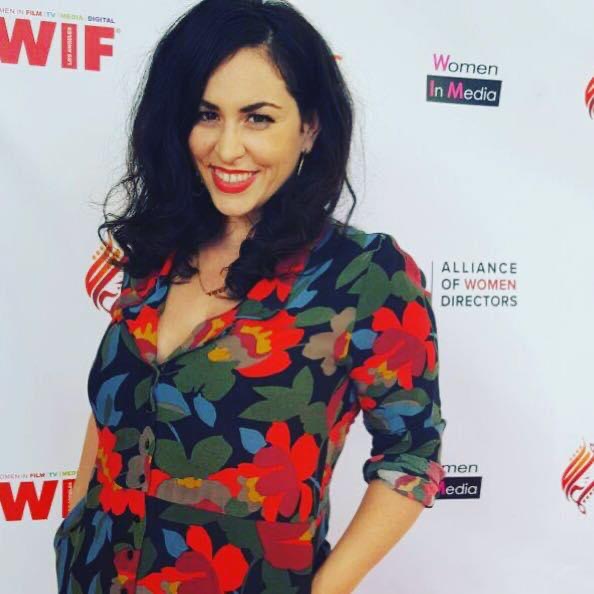 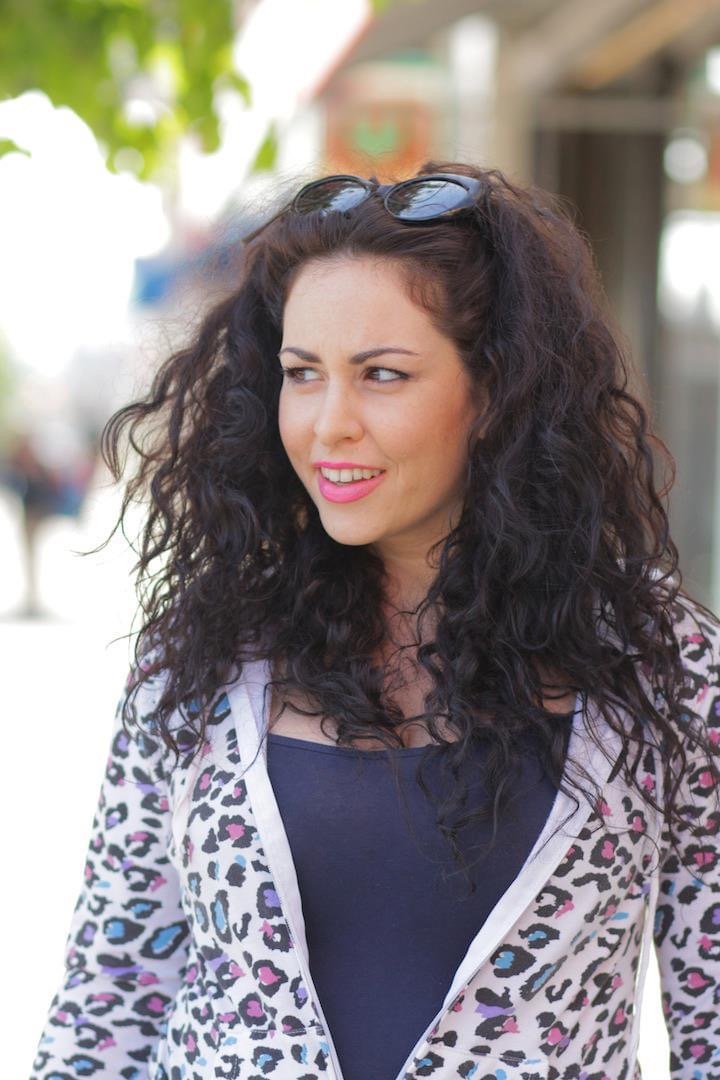 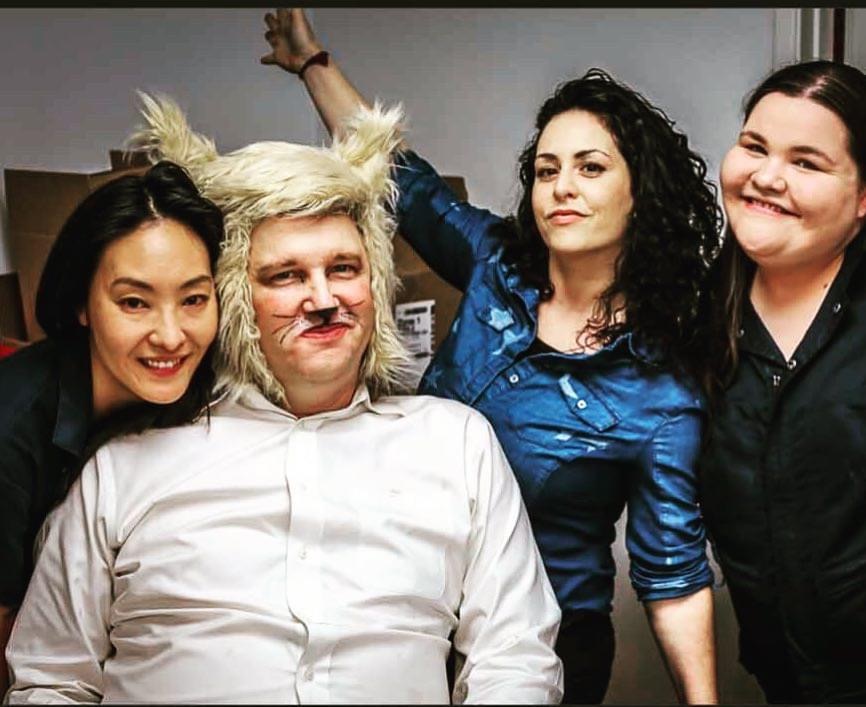 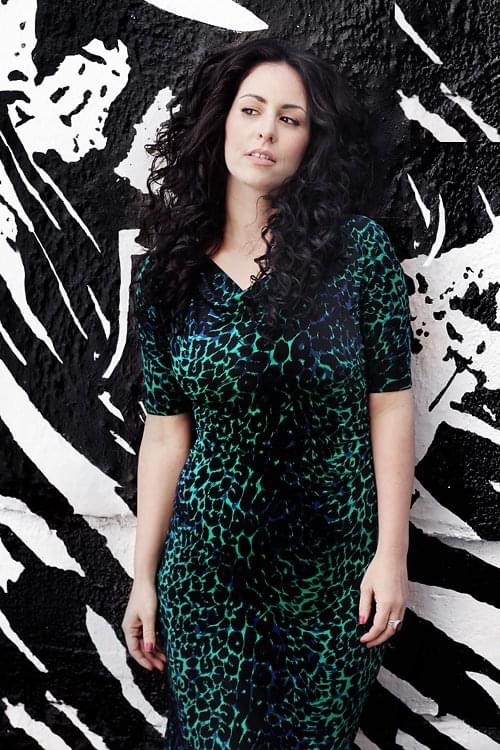 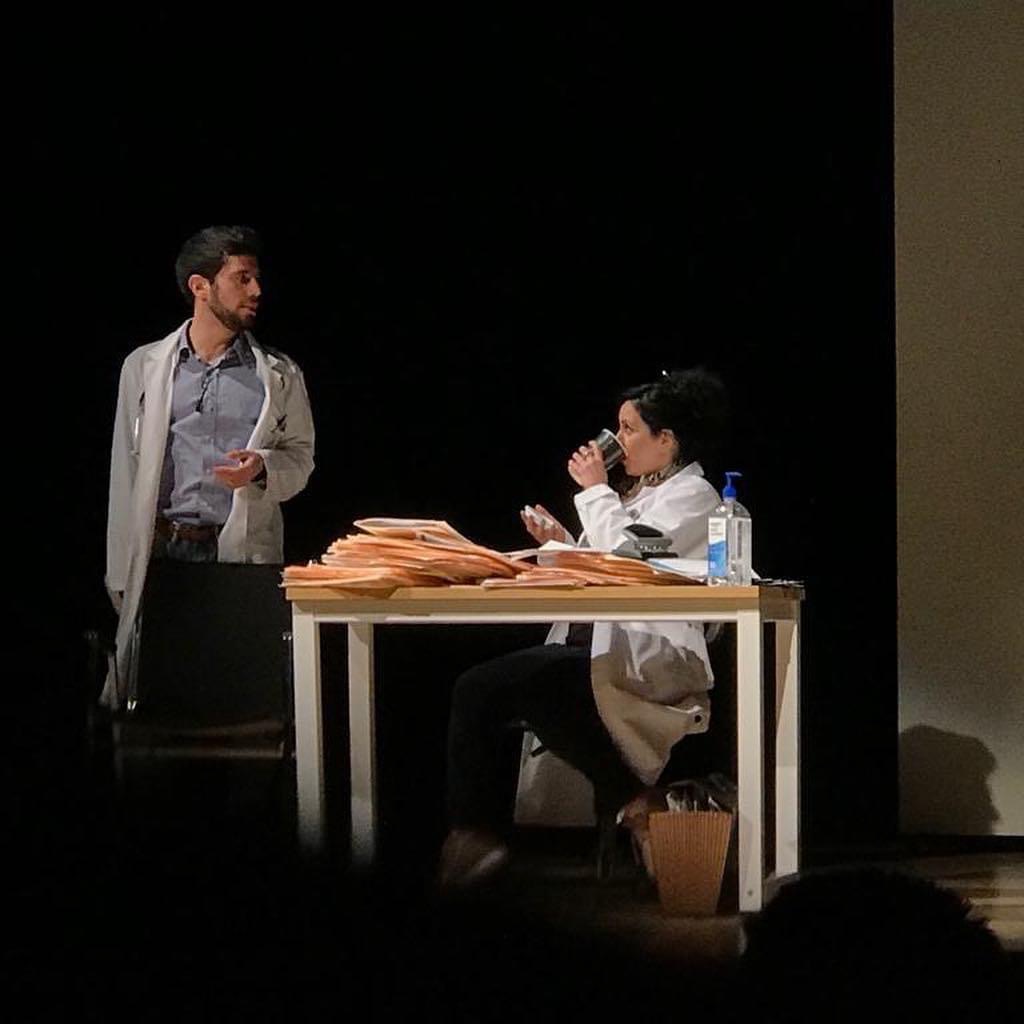 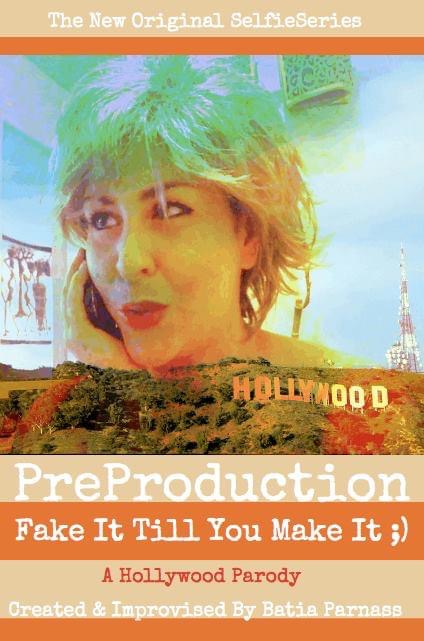 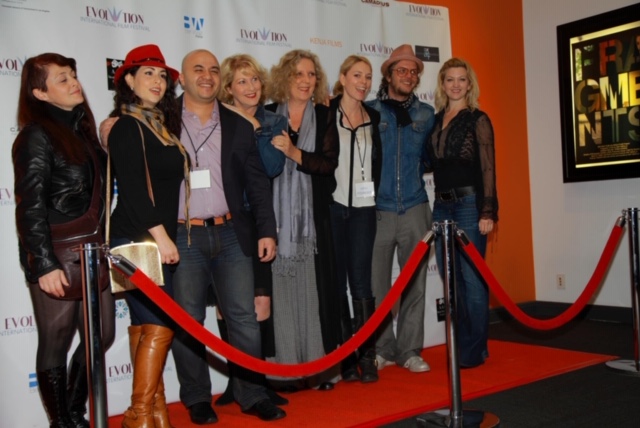 Image Credit:
Julian Barr (my main image), and a couple of the behind the scenes images by Jenny Brezinski