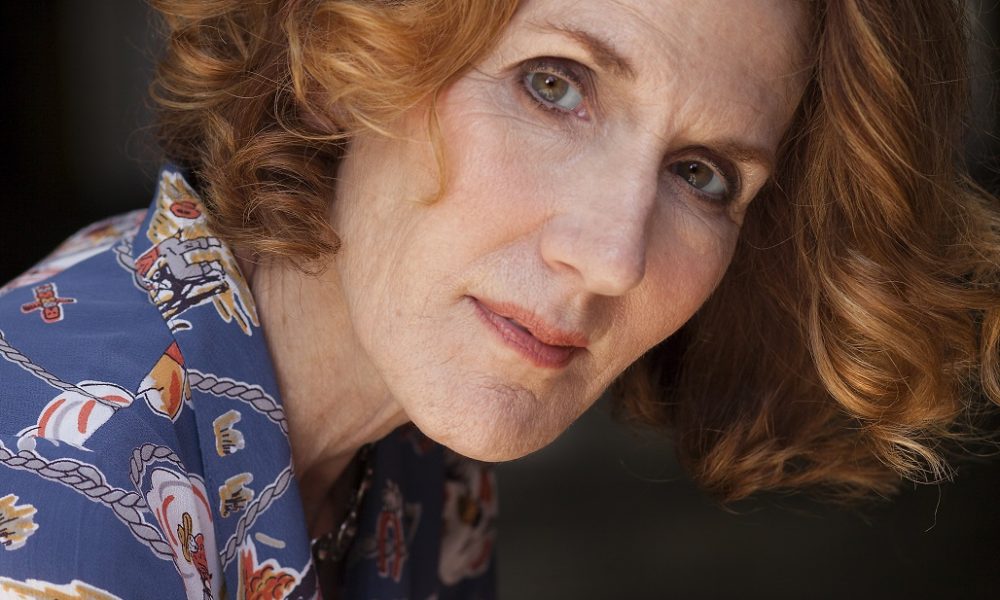 Today we’d like to introduce you to Kitty Swink.

Thanks for sharing your story with us Kitty. So, let’s start at the beginning and we can move on from there.
I have been a professional actor all of my adult life. Working in television, commercials, occasional films, but always coming back to the theatre. Never famous, just a working Joe. And I have always felt lucky to make my life that way. In 2005 I was invited to join the ensemble of Antaeus, which was a real honor. Dakin Matthews and Lillian Groag founded us almost 30 years ago at The Center Theatre Group as an ensemble of classically trained actors. Most of us came to LA in order to be able to make a living, send kids to school, buy homes, maybe catch the brass ring. But theatre is what feeds our souls.

I eventually became an Associate Artistic Director and then a couple of years ago the Co-Artistic Director. We think of ourselves as a family, the actors, designers, directors, students, our audience and our community. Bill Brochtrup and I are Co-Artistic Directors and still actors, we have a great Executive Director, Ana Rose O’Halloran and a small but extraordinary staff. In 2010 we produced our first full season of three plays and now we do four productions a year, a reading series called Classic Sundays, have a robust arts education program, the Antaeus Academy, the Antaeus Playwrights Lab and strategic partnerships to engage the diverse community around us. Phew. It is a lot, but as I say almost every day, art changes lives. And it is really fun.

Overall, has it been relatively smooth? If not, what were some of the struggles along the way?
I suspect running a small non-profit, or any non-profit arts organization, is never easy, Finding the right staff and growing the board of directors was both challenging and pretty exciting. But the move to Glendale was a massive undertaking. Since I joined the company we have moved twice. The first was to a temporary home on Lankershim Avenue in 2006 and then again, after two years of looking for a space, four years of fundraising and about a year of construction, we moved into 110 E. Broadway in the heart of the Glendale Arts District. Raising the money, creating an art center out of what had once been Gateway Computer store, introducing ourselves to a new community while pulling along the people who had been with us from all of our earlier communities took all hands on deck.

And at the same time, we were growing by leaps and bounds and learning on the job. Bill and I, like all of the Antaeus Artistic Directors that proceeded us, are actors first. That is by design and it is both one of Antaeus’ strengths and one of our challenges. But we are already bursting at the seams with what we both feared a few years ago would be a space impossible to fill. Now we just have to keep making art, growing new artists and continuing to build our relationships with ourselves, Glendale, the larger LA community and the American theatre movement. And do all of that without losing the kind of intimate family feel we always have had. No challenges there, she says with her tongue firmly implanted in her cheek.

Antaeus Theatre Company – what should we know? What do you guys do best? What sets you apart from the competition?
• Our Mission statement says it beautifully.

• Antaeus is an actor-driven theater company that explores and produces timely and timeless works, grounded in our passion for the Classics. We illuminate diverse human experiences through performance, training and outreach. We believe in the transformative power of live theater.

• But personally, I would say that classics are classics because they speak across generations. They aren’t stodgy museum pieces. They can and should be vital and sexy and dangerous and funny. And when we do new plays, we try and pick ones that are as universal as the plays we were founded upon.

• Also where else would you come and stand around in the lobby talking to the actors you just saw on stage, who you may have seen on Broadway, or at the Ahmanson, or the Geffen, or as a regular or guest star on one of your favorite television shows, because they want to hear what you have to say? Where we, the company, really does want to form community with you?

• Theatre is a communicable disease. It infects you with ideas and feelings, generosity of spirit, it makes you open to new people and ideas and when Antaeus does its job we transform both ourselves and you.

What is “success” or “successful” for you?
That may be the simplest thing to answer and the hardest thing to achieve. To make good art, good theatre that touches people. Changes them. Starting from picking the right play for our time, and have it be acted beautifully, directed impeccably, designed with nuance and grace and doing it again and again and again. And when you fall short, getting up and trying again. 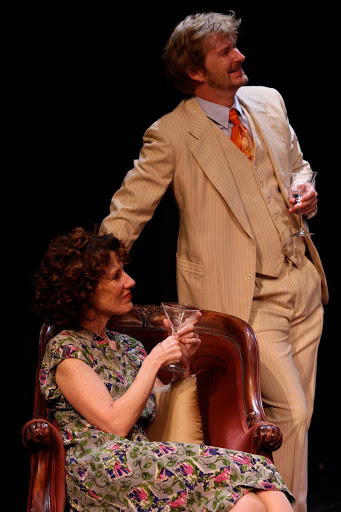 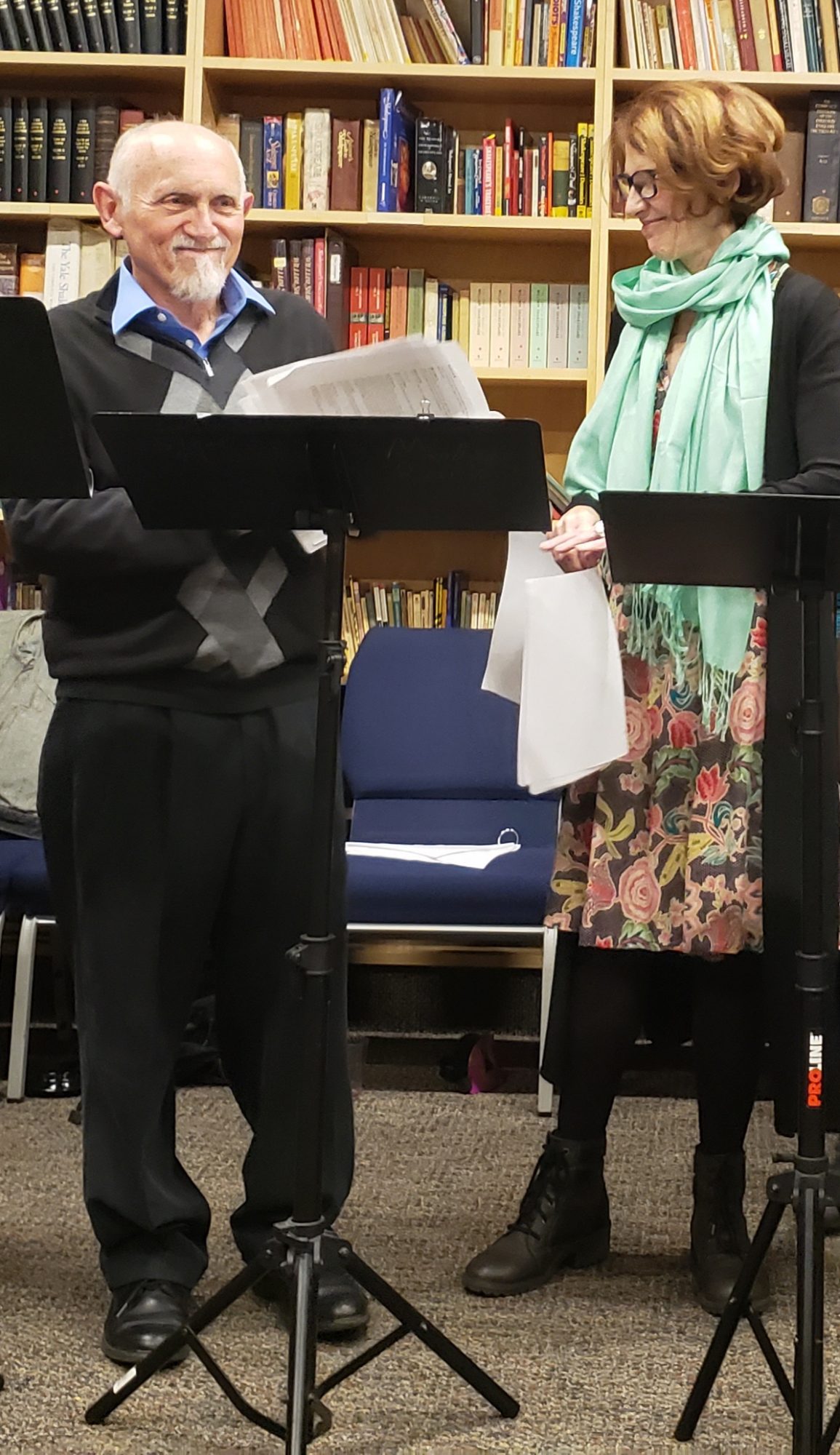