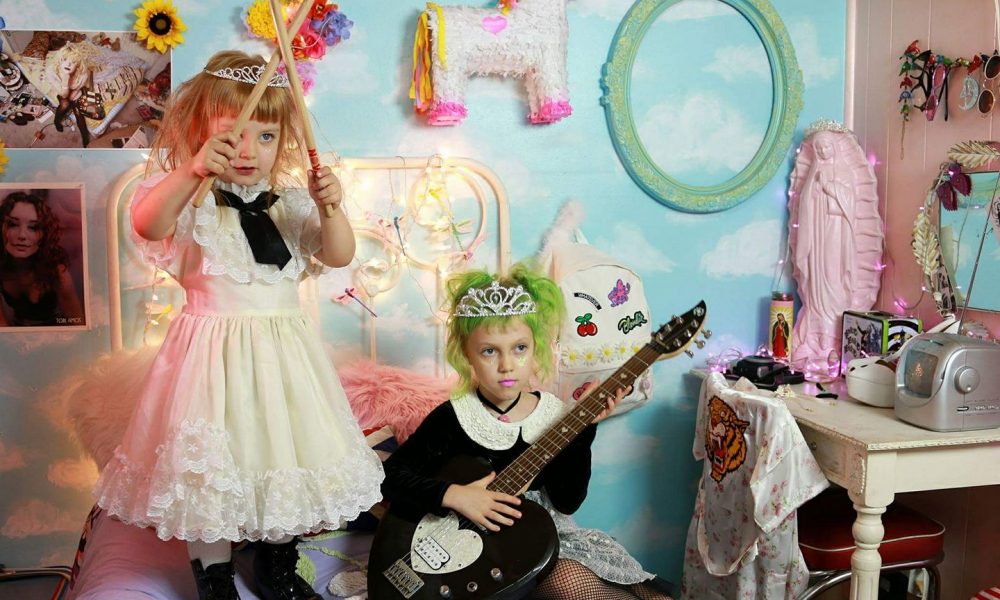 Today we’d like to introduce you to Kirsten Bosio.

Kirsten, let’s start with your story. We’d love to hear how you got started and how the journey has been so far.
It started when I was a teenager: finding vintage pieces and DIYing others because there was nothing I liked as an “alternative” kid sold at major retailers. When I had my daughters, I continued the trend of hunting down cool thrift store pieces, painting and spiking them their own tiny punk vests, and even cutting up my own clothing and repurposing it for kids clothing. They’ve both really taken to fashion especially as it’s presented in movies and music videos form the 80s and 90s. It became a bonding experience with my kids and they will often weigh in on looks that they want to recreate (like the outfits in Romy & Michele’s High School Reunion) and we’d make them. For my friend’s son’s birthday, I custom made him a The Clash themed vest and I remember them being so excited about it and it occured to me that other parents and kids should have stuff like that too. In early 2017, Tiny Bangs (named after my daughter and I’s trademark hairstyles) was born. We’ve been handmaking and sourcing vintage pieces ever since and grew a very supportive following. Right now, we are in talks to manufacture our pieces locally in LA. I think it’s such a great time to come out with a brand like this that incorporates the pop culture that parents grew up with and love while creating an outlet for kids to express themselves. Having my kids involved has been a great learning experience for them seeing how a business works from the everyday packaging and shipping orders to modeling and marketing the clothing to even helping with the design and construction of it. It’s been a blast.

Great, so let’s dig a little deeper into the story – has it been an easy path overall and if not, what were the challenges you’ve had to overcome?
It’s been fairly smooth with a few struggles as we’ve developed. We just went all in and figured out along the way. Everything was a learn as we go experience. Building a site, running a store, having business accounts on social media, all of it was new to us. There were definitely things we didn’t anticipate like the harsh criticism from some people about the kids’ dyed hair or their bold clothing. The internet is the wild west and while most of the feedback has been positive, we still get a lot of comments I wish I could unsee. It’s also been interesting because the vast majority of our product is handmade so that process can be SUPER tedious. We did a crowdfunding campaign to raise money to manufacture and it failed so it was a huge hit to our confidence. Fortunately, we decided to take it in stride and keep pushing forward, building our customer and follower base and it was actually then when things started to really blossom.

Tiny Bangs – what should we know? What do you guys do best? What sets you apart from the competition?
Tiny Bangs is an alternative kids’ clothing store started by me and my two daughters. We handmake clothing and source vintage, most of which is inspired by 80s and 90s pop culture. We’re definitely known for unexpected, bold pieces like an entire jacket constructed out of pom poms, screen-printed tees with references to a cult hit like The Craft or Ghost World and collections like our Babies in Hollywood one that was an ode to the YA novel Weetize Bat. I think a lot of the people who follow us are customers, but there’s a good deal of them that are not parents or kids themselves and enjoy seeing a different take on parenting and children’s clothing: some even telling us that they “can’t believe I’m getting fashion inspiration from kids!”. I’m most proud of how authentic this company is to us in real life. We’ve literally taken all of our favorite things and made a business out of it. I haven’t seen any kids’ clothing retailer doing what we’re doing. What we’re doing is making kids’ clothing that’s not condescending. Often times, kids’ fashion is this bland, cutesy or watered-down version of adult clothing. That’s so boring and in a way, underestimates kids and their already developing tastes. We give them clothes that are as crazy and creative as they are.

What moment in your career do you look back most fondly on?
I think my proudest moment isn’t what you’d expect. We’ve gotten to do TV appearances and collaborations with big companies since we’ve started Tiny Bangs, but honestly, nothing has made me more proud than when my oldest daughter, Naomi who has to wear a uniform to school had a “free dress day” and she chose to wear a dress we created together and was absolutely BEAMING when I dropped her off. She felt like a million bucks and couldn’t wait for everyone to see her. That meant everything to me. 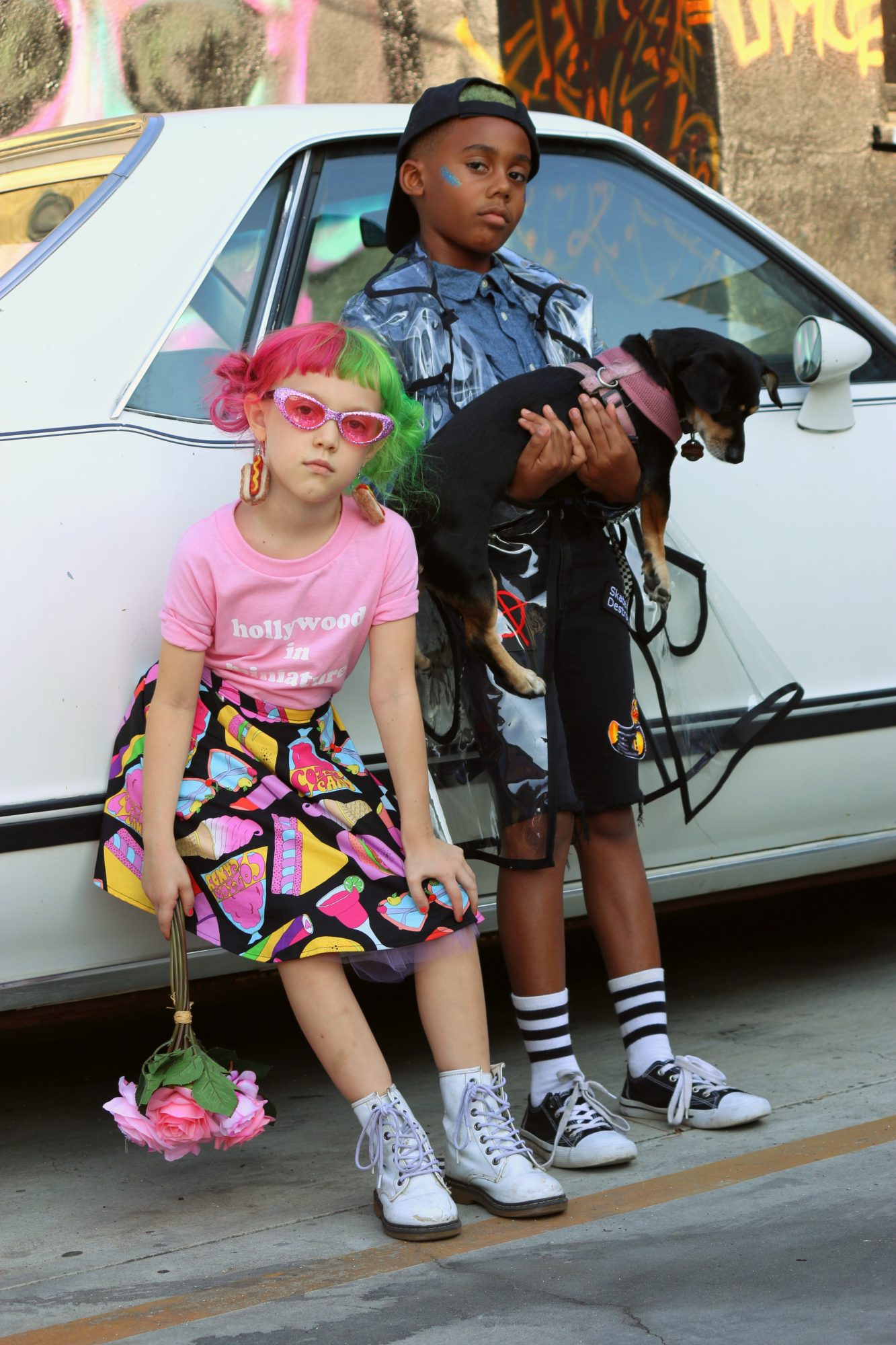 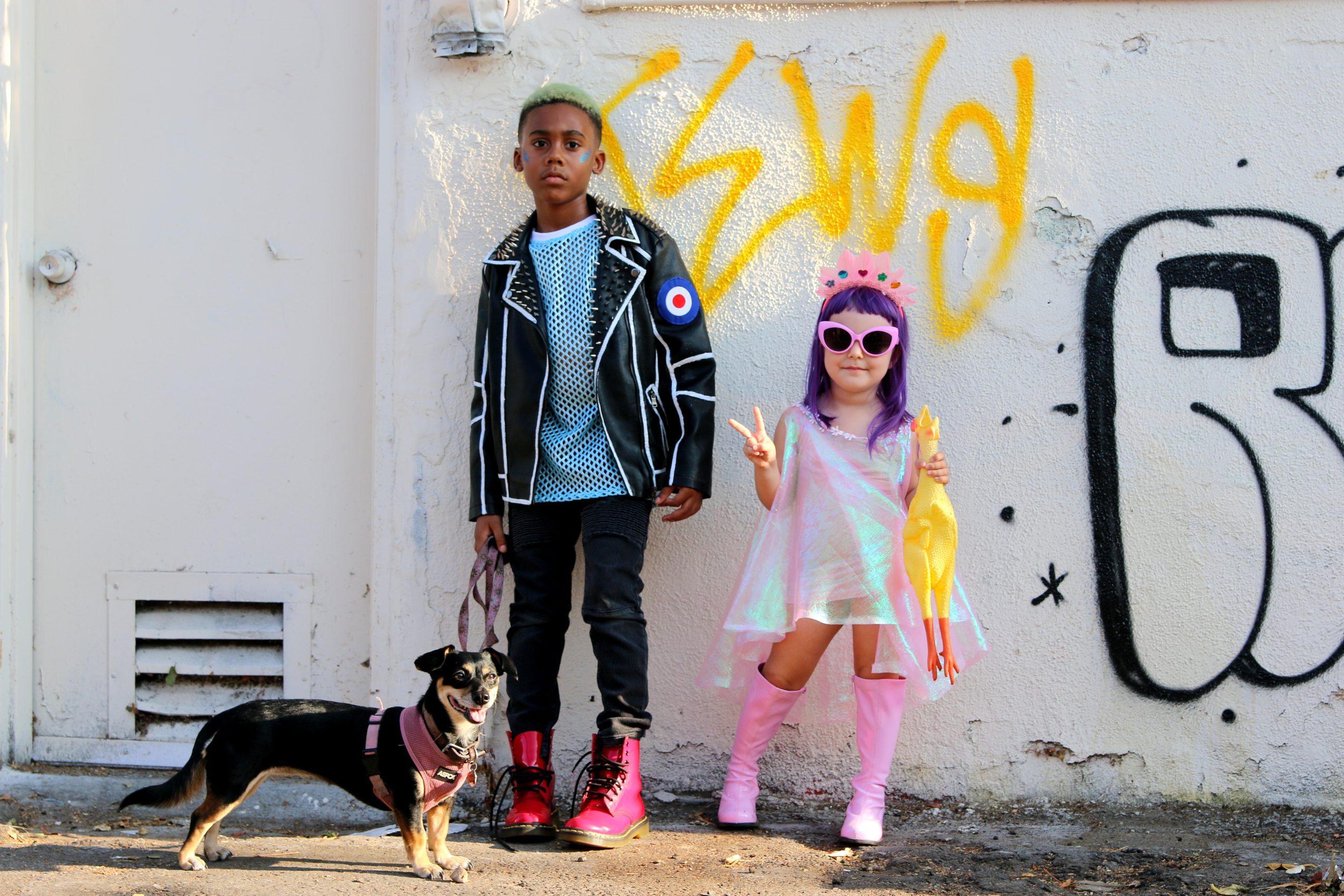 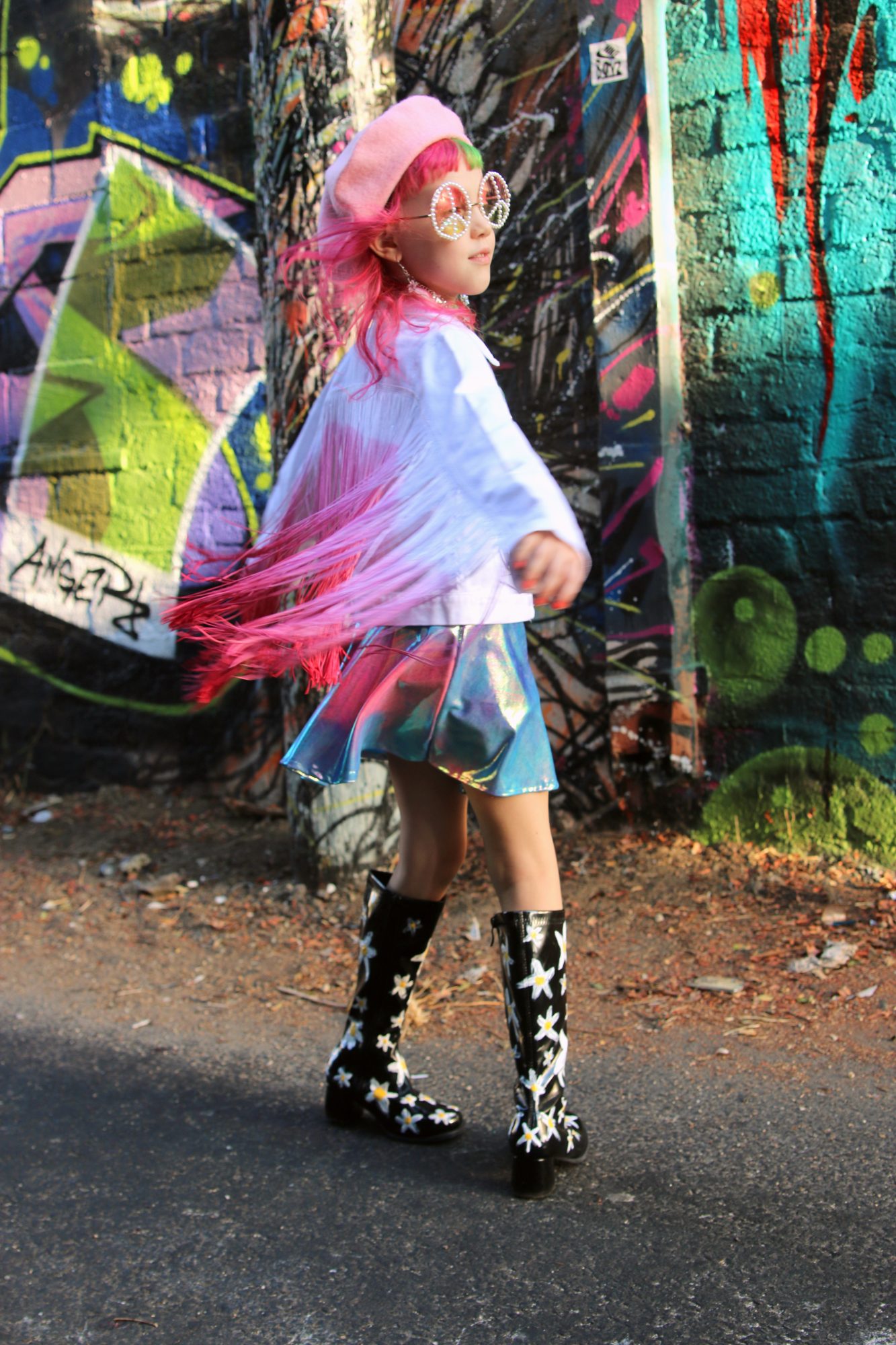 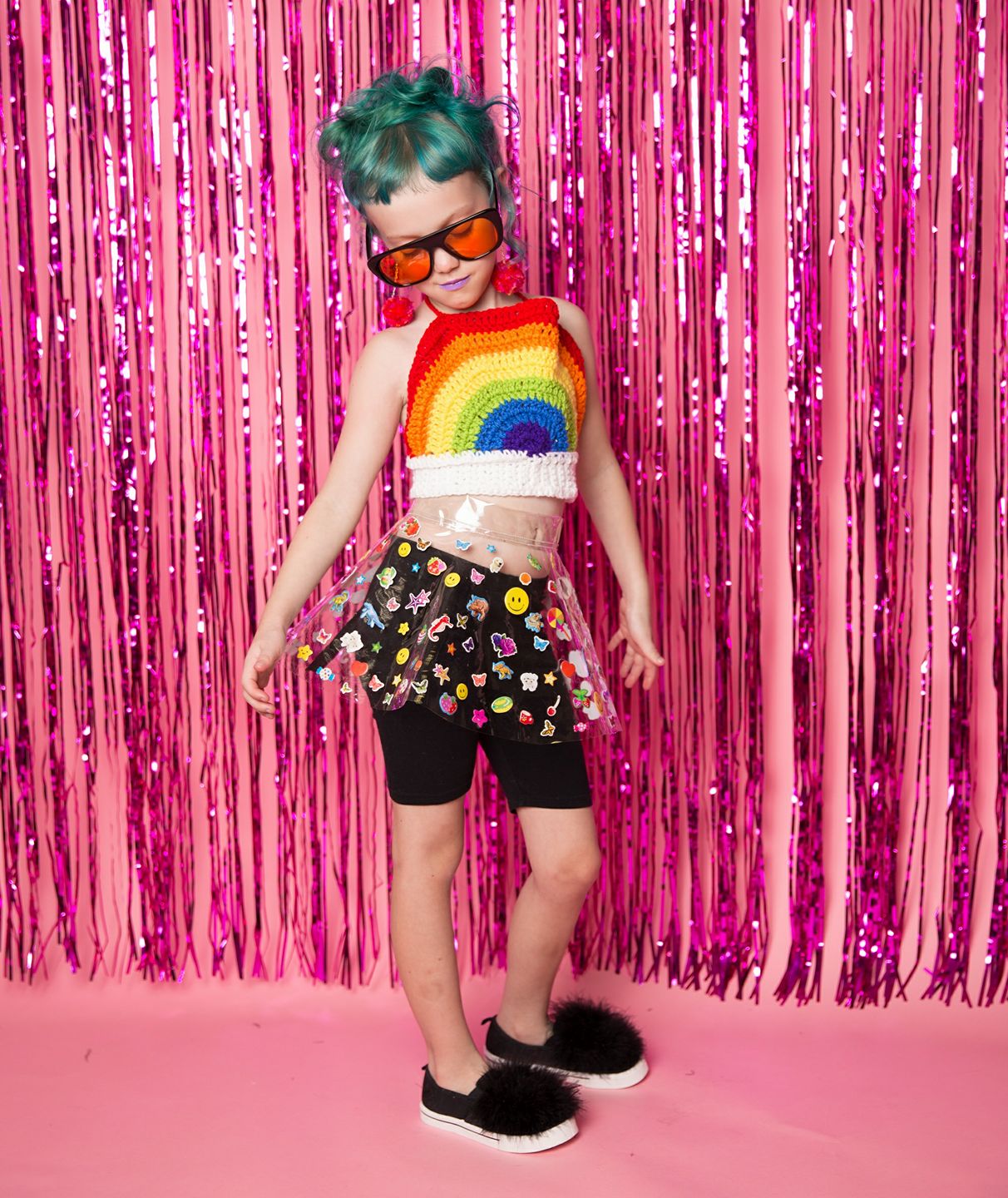 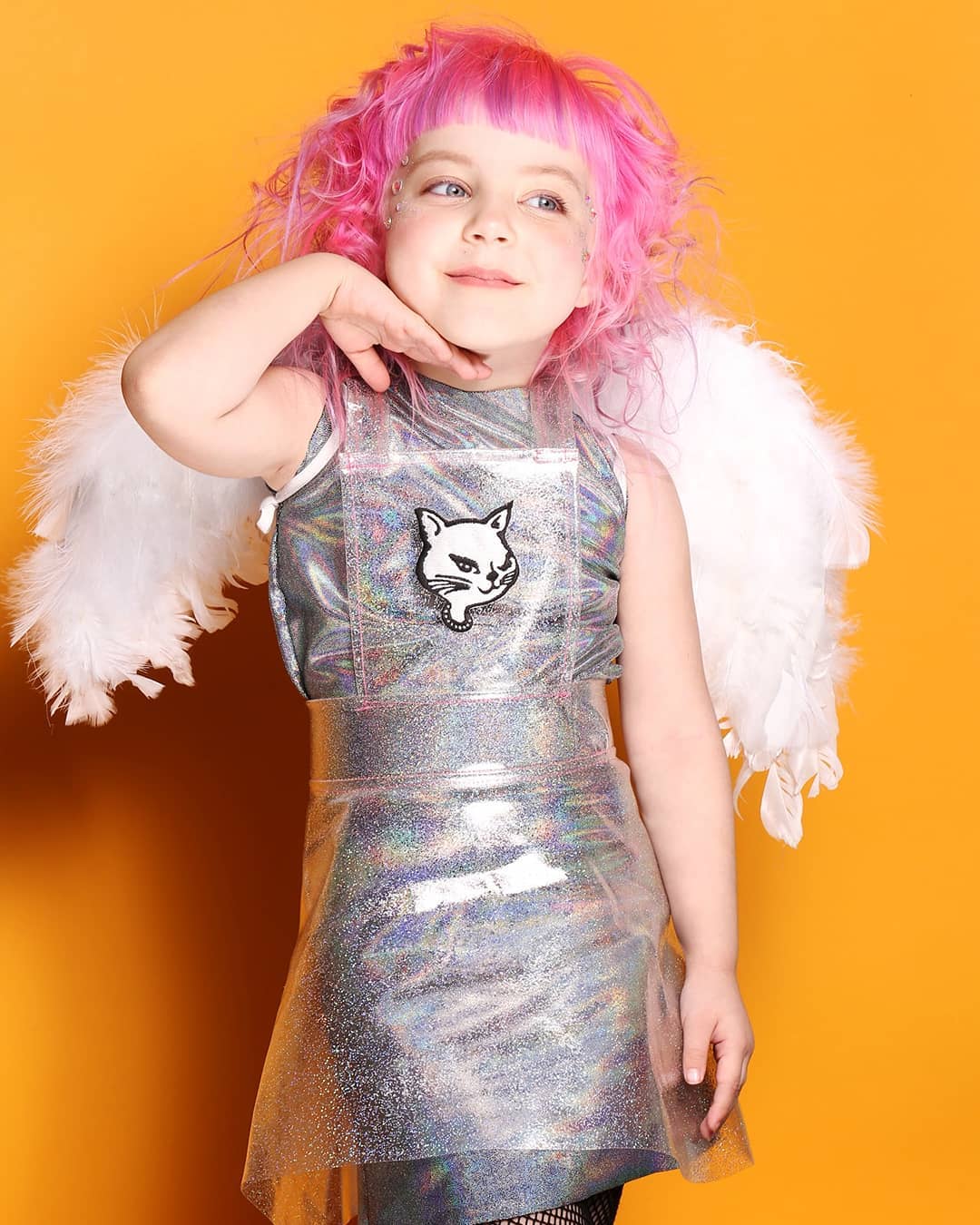 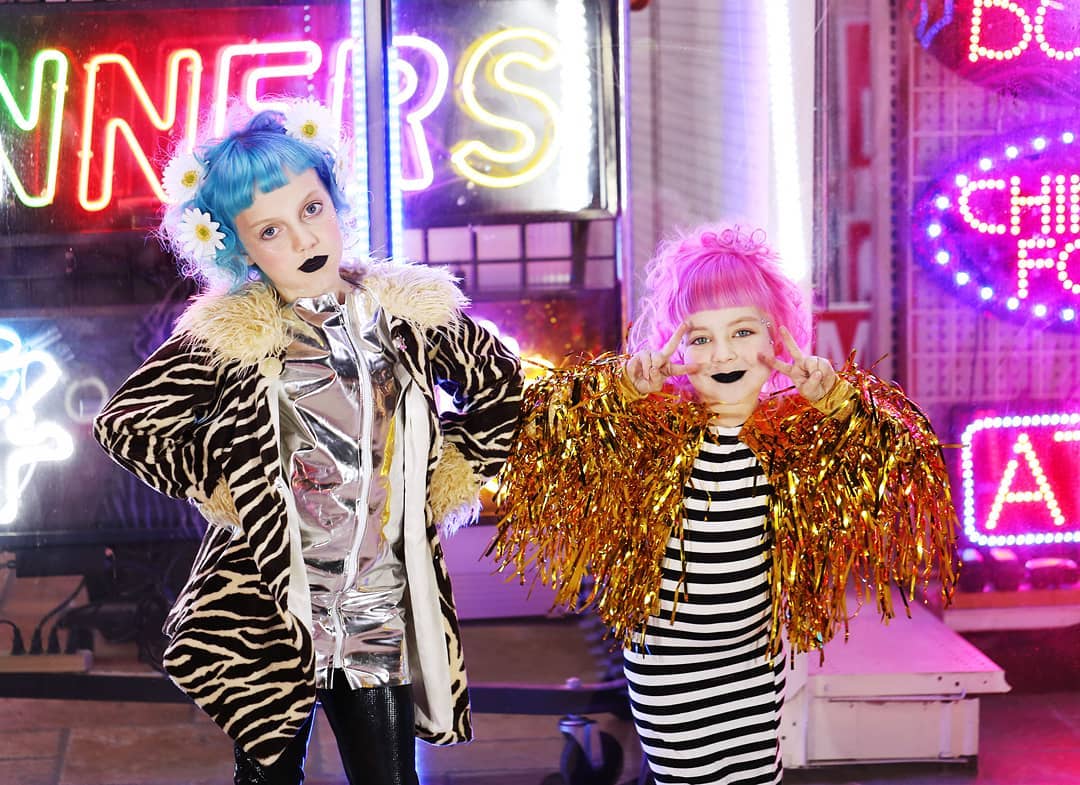 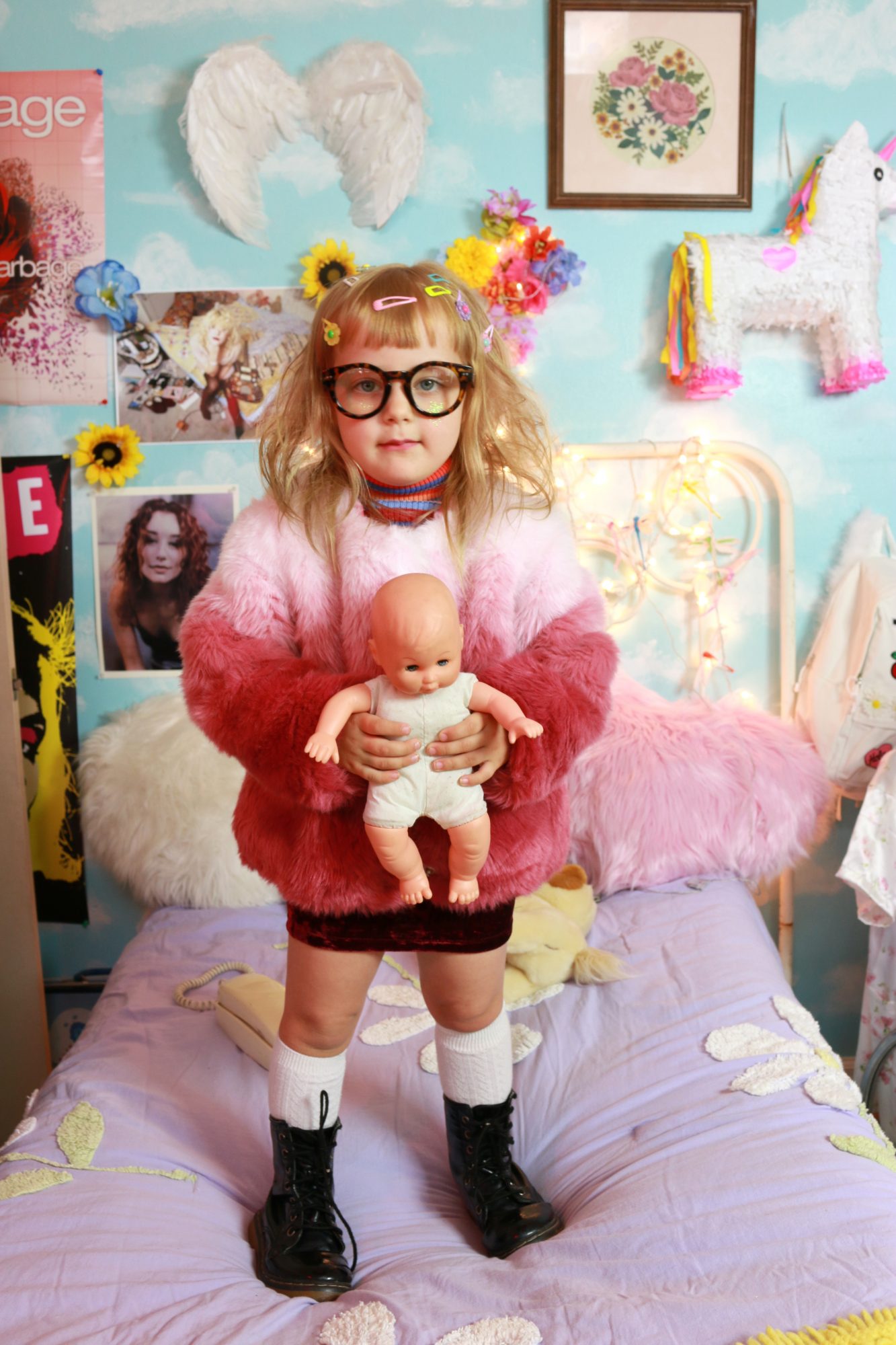 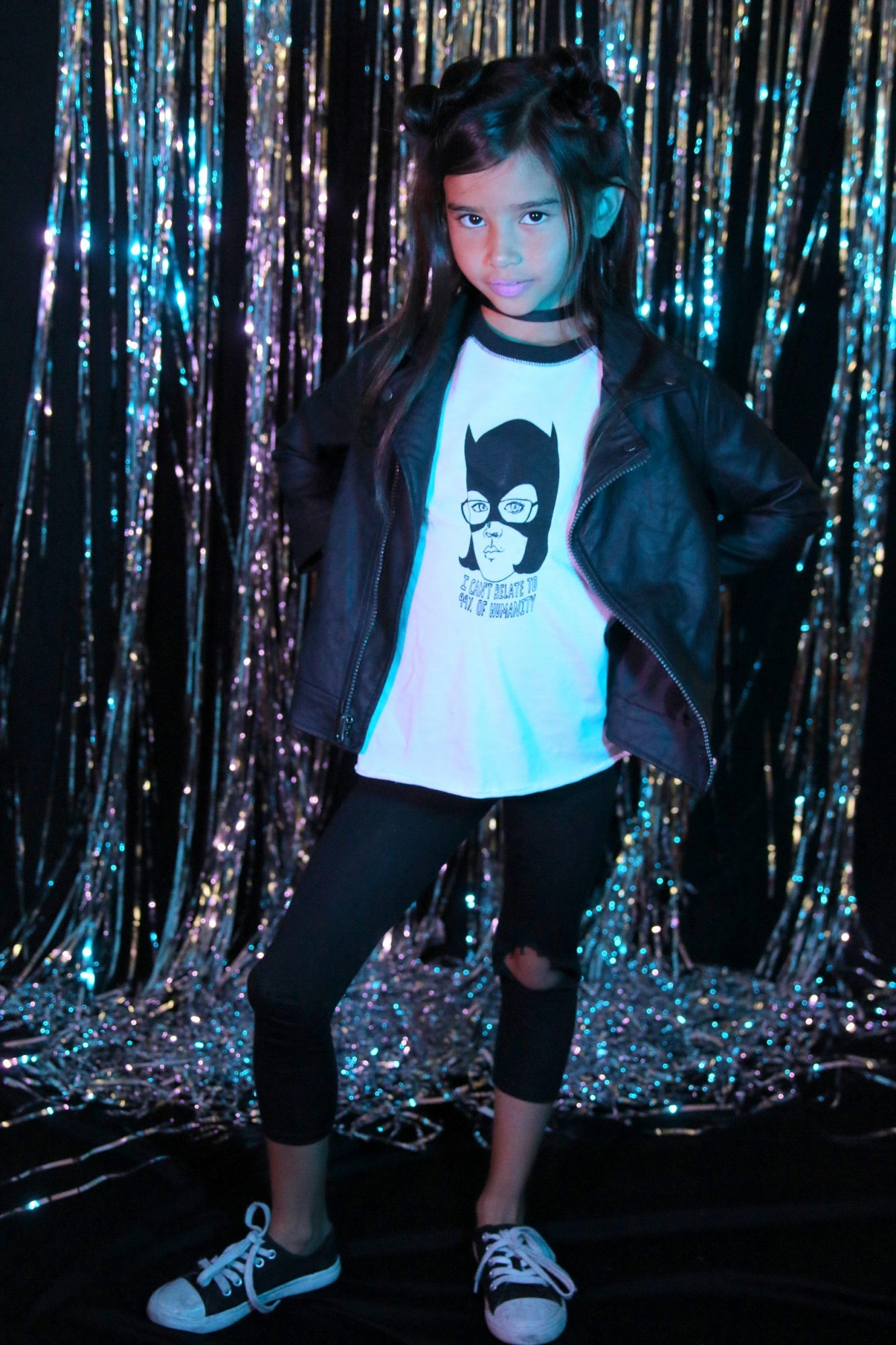