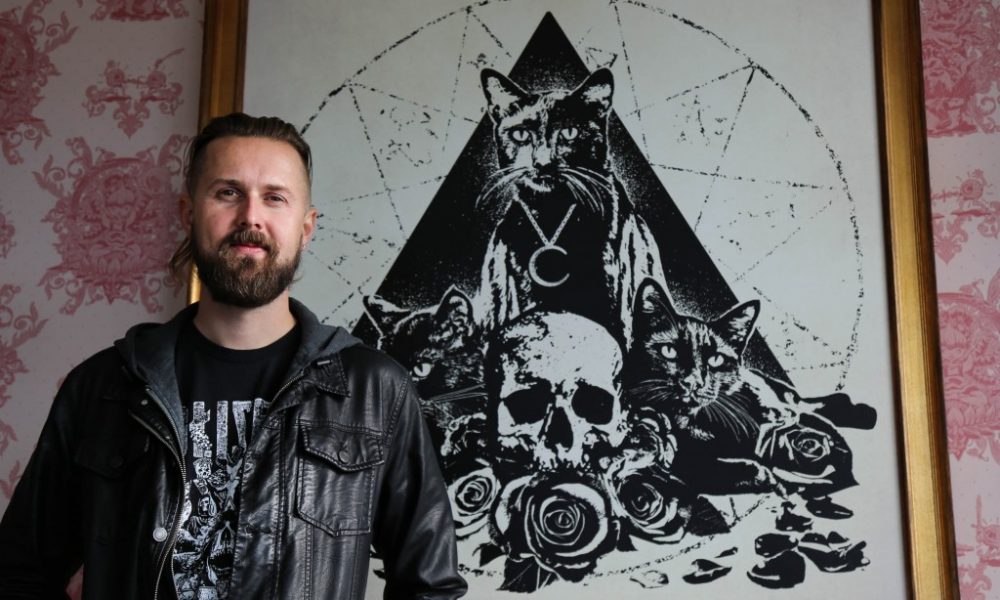 Today we’d like to introduce you to Kory Stetina.

Thanks for sharing your story with us Kory. So, let’s start at the beginning and we can move on from there.
I was exposed to vegetarianism through the punk and hardcore scene in the 90’s, and was vegetarian by age 16 and vegan around 22. In 2009, as a beer/wine/spirt geek fascinated by San Diego’s blossoming craft beer scene, I was disappointed by the lack of rad events that catered to my vegan diet. I formed a pop-up named LOVELIKEBEER with a good friend of mine, which created vegan beer pairing dinners to raise money for charity at some of my favorite local establishments. Thinking it would be amazing if our events could draw 50-80 guests to the hosts’ restaurants, we were humbled and amazed by an onslaught of hundreds of people each event.

By curating these events, which become more and more ambitious each time we did them, I decided I had found my calling. I embarked on a multi-year journey of creating a restaurant and bar that shamelessly embraced many of my personal obsessions: stiff and artful cocktails, great beer, and decadent, innovative vegan food. It was important to me that this project be an exciting addition to the local drinking and dining scene for more than just a vegan food menu. Before a guest ever looks at a menu, or thinks about eating a vegan meal, I wanted the experience to be one of a kind.

This process led to finding some amazing partners and collaborators, and ultimately to the creation KINDRED, an artisan cocktail bar and vegan restaurant in the neighborhood of South Park, unrestrained in creativity and very heavily paying homage to the punk/hardcore/thrash culture that has introduced and inspired many people towards vegetarianism and veganism.

We’re always bombarded by how great it is to pursue your passion, etc – but we’ve spoken with enough people to know that it’s not always easy. Overall, would you say things have been easy for you?
KINDRED was never a “concept” that we strategically calculated would satisfy some defined demand in the local market. It was simply the most epic and amazing spot we could envision having in our home town. But if someone tried to analyze it as a “concept,” i.e. a vegan restaurant and cocktail bar sporting psych-metal on the stereo, championed by a mascot resembling a four-eyed wolf with snake horns, it would perhaps seem that we were taking a pretty wild risk. We really trusted that we were building an exciting place and gratefully, since our doors opened, we have been humbled with incredible crowds of guests, fans, supporters, and have been totally embraced in the local dining and drinking scene as a formidable city institution. So considering the amount of barriers we might have experienced going so off the map with what we were doing, in such unfounded territory, I would say it has been exceptionally free of struggle. Our only challenges have been keeping up and adjusting to the ever-growing crowds.

So, as you know, we’re impressed with KINDRED – tell our readers more, for example what you’re most proud of as a company and what sets you apart from others.
Equal parts death metal lair and Victorian cocktail salon, KINDRED has transfixed and beguiled all who step into its portal, with whimsical eccentricity, world class vegan dishes, and ambitiously inventive cocktails. Since opening its doors in late 2015 in the eclectic neighborhood of South Park, San Diego, KINDRED has garnered recognition which transcends its plant-based credo, heralded as one of the city’s premier hospitality institutions. It was voted EATER San Diego’s People’s Choice Restaurant of The Year in 2016, topped Zagat San Diego’s Most Important Restaurant Openings of 2016, earned an Orchid Award for interior design from the San Diego Architectural Foundation, and ranked in EATER’s national most beautiful restaurants list.