Today we’d like to introduce you to Kimberly Miguel Mullen.

Thanks for sharing your story with us Kimberly. So, let’s start at the beginning and we can move on from there.
My name is Kimberly Miguel Mullen.

I am a Dance Artist & Cultural Ethnologist. I teach and perform sacred religious and popular dance forms from Cuba, the Caribbean and Brazil. I fell madly in love with the Caribbean during a family trip in 1993. Since then, my entire life has revolved around studying and researching the Caribbean & Brazilian cultural arts and exposing the beauty, power, and depth these cultures have to offer. I grew up in Northern California and studied Tap and Jazz as a child. I excelled in sports which eventually brought me to Oregon to play Volleyball for University of Oregon and then Portland State University. I was 18 years old when I took my first AfroCaribbean dance class with Dance Anthropologist, Catherine Evleshin at Portland State University. From that moment, my entire life shifted. I knew that I had found my life’s passion. Everything in my life after that was geared towards studying dance. Here I am, 25 years later, I’ve lived lifetimes of adventures and stories to tell. I moved to Los Angeles in 1999 after I received a phone call from my AfroCuban dance teacher Teresita Perez inviting me to come to LA – that she had started teaching at UCLA and wanted me to come and dance with her. I had just graduated from PSU and went to live in Trinidad and Toabgo for a year and then joined Anthropologist, Dr. Yvonne Daniel’s of Smith College in Cuba to conduct research with the Conjunto Folklorico Nacional de Cuba in 1998. After that I went to New York City to continue my dance studies when I got the call from Tereista. I decided to follow her to LA and apply for Graduate school at UCLA and was accepted into the World Arts and Culture program. I remained in LA for 17 years and built my dance career. I received my Master of Arts Degree in Dance UCLA’s Department of World Arts and Culture. I started teaching ongoing dance classes at the Electric Lodge in Venice Beach for 12 years, I became an adjunct faculty member at Occidental College and taught AfroCaribbean dance for 8 years. I launched an international DVD dance career and established myself in the world market, I became a solo artist after many years performing with national dance companies. I’ve traveled the planet to teach, perform and choreograph and am developing a travel abroad cultural art curricula in Cuba and Trinidad and Tobago. I most grateful for this very full life that I get to live and especially the relationships that I’ve been fortunate to cultivate through dance.

Has it been a smooth road?
AfroCuban and AfroBrazilian dance is not main stream so it’s not easily accessible. It’s an intellectual pursuit – a rare form that you have to actively seek out to learn because it’s not something that you can find easily. For the first 10 years that I started studying, I sought out almost every Master teacher in the United States to study and learn from. I also had to live in the Caribbean and Brazil to pursue my studies so I could fully immerse myself into the culture. For the past 5 years, I’ve been traveling full time so, it can be challenging to be constantly adapting to new environments and different time zones. Over the years, I’ve been in several serious hurricanes in the Caribbean. Hurricane Marilyn was the most intense when I was living in St. Thomas while attending the University of the Virgin Islands. I ended up being in one of the only buildings that didn’t collapse on the island. I had lost contact with my family for over a week and was living off of rations. The national guard had to fly me and other American exchange students out to safety. Last year, I was in Cuba during Hurricane Irma. I remember waking up in the morning to rafts and canoes rowing down my street. Even though I was out of power for 4 days and running out of water and food, I was impressed with the country’s recovery efforts and how quickly life was restored back to normal.

So let’s switch gears a bit and go into the Kimberly Miguel Mullen story. Tell us more about the business.
I am a dance artist and cultural ethnologist. I travel the planet to create links among cultures through dance through: dance classes, workshops, residencies, lectures, retreats, performances, and travel abroad cultural immersion programs. I specialize in sacred and secular dance styles from Cuba, The Caribbean and Brazil – specifically dances of the African Diaspora. I am passionate about the study and teachings of AfroCuban and AfroBrazilian Oricha / Orixa cultural dances. Orichas are deities derived from a complex religious system from Lucumi/Yoruba, Dahomey, and Congo/Bantu lineages in Africa that were brought to the New World during the transatlantic slave trade. These traditions have been maintained and retained in the Caribbean and Brazil and are living traditions and art forms in these countries. To learn this material you have to actively seek out teachers who specialize and teach these forms and travel to countries of origins where these dances are practiced. Through extensive apprenticeships over the past 20+ years with Master teachers, Cultural Informants and Elders, I have been given permission from my teachers to share the knowledge that has been passed on to me.

How do you think the industry will change over the next decade?
During my travels over the past 5-years, I experienced a new wave of students across the US and the planet who are interested in learning AfroCuban and AfroBrazilian dance and seeing value in keeping these oral traditions alive. I am hopeful that with more exposure that this art form gains that the integrity of the culture with remain intact. 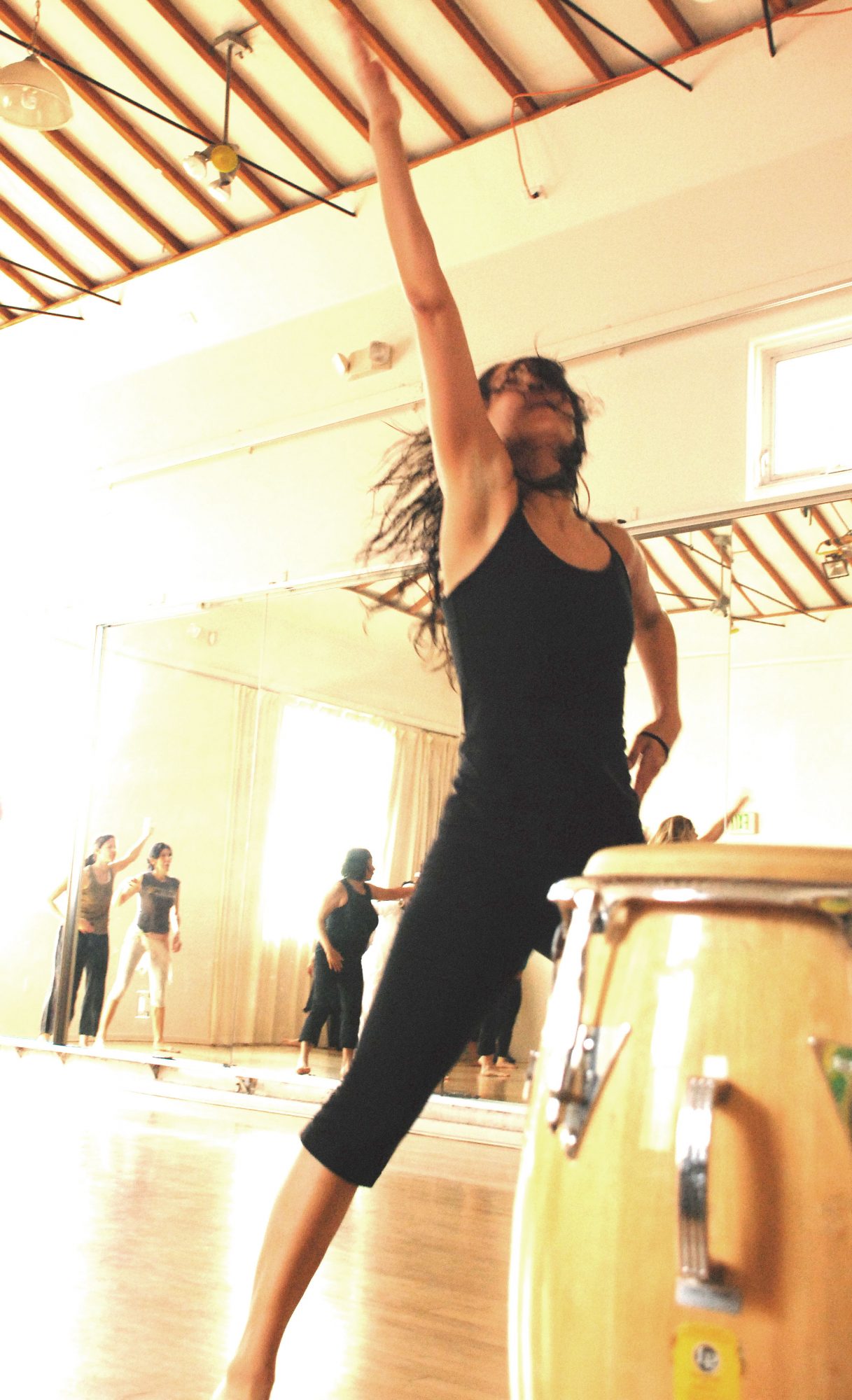 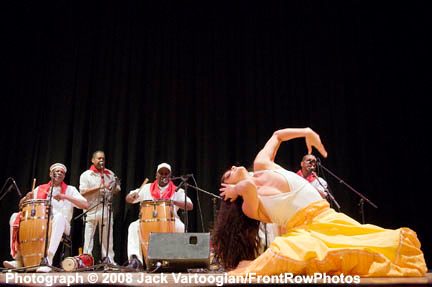 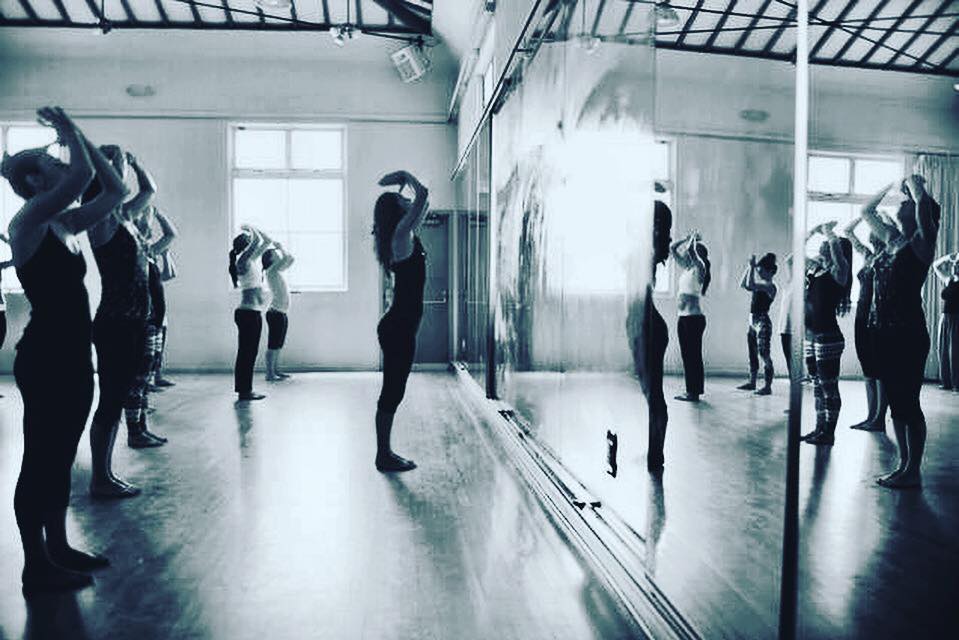 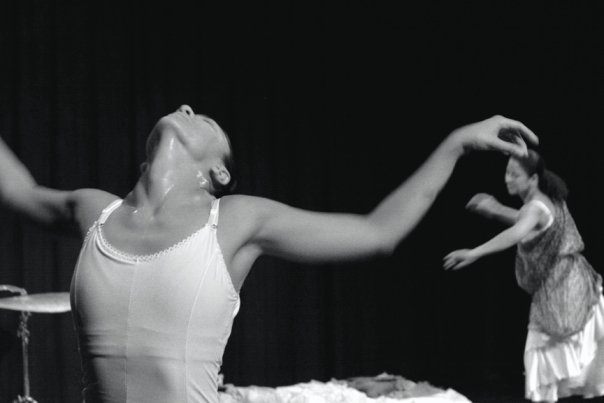 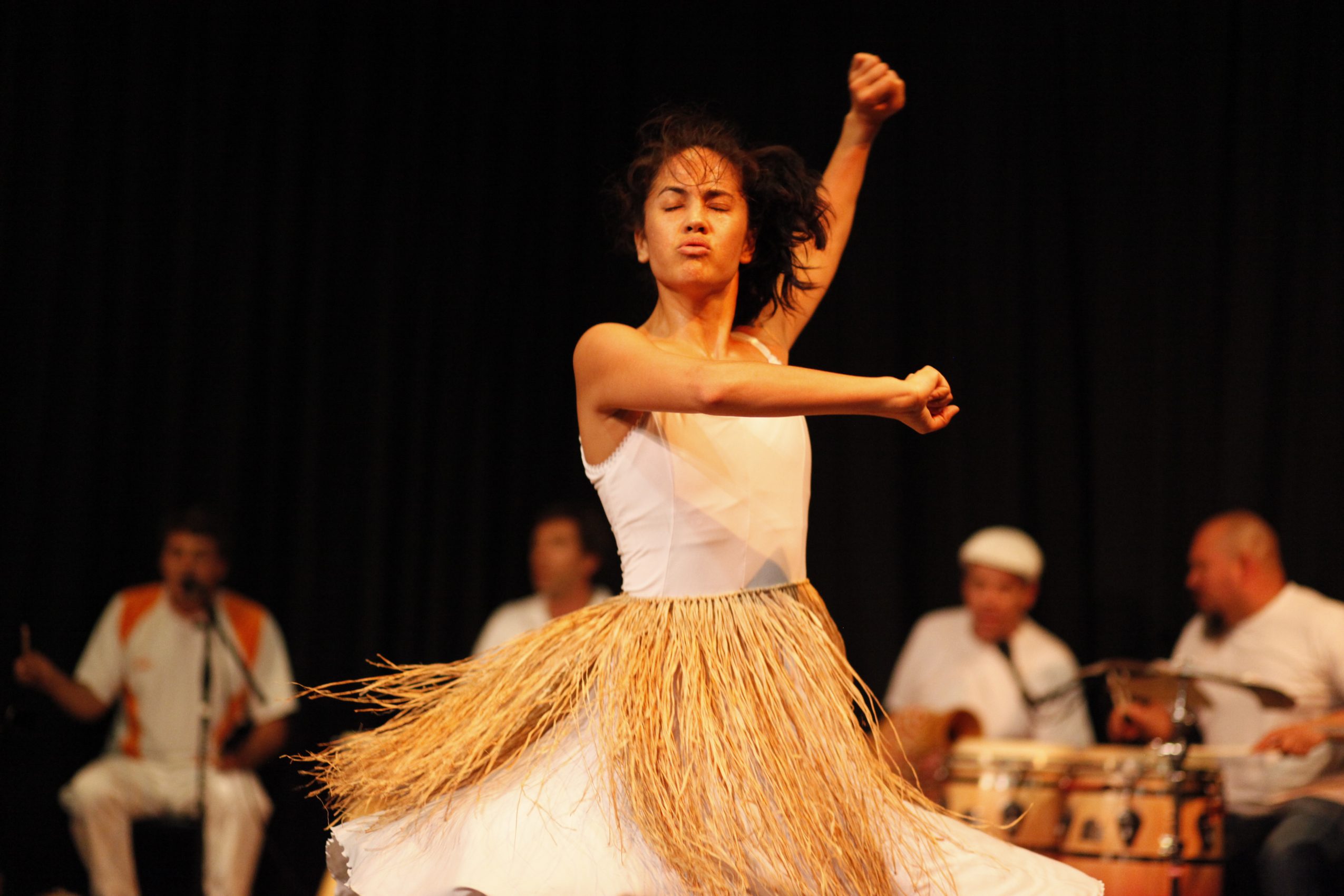 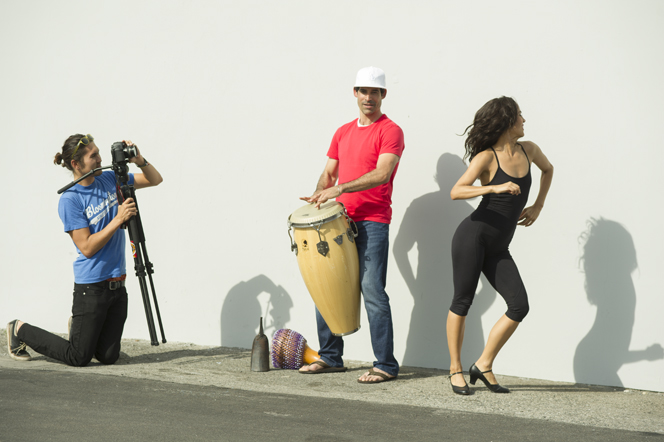 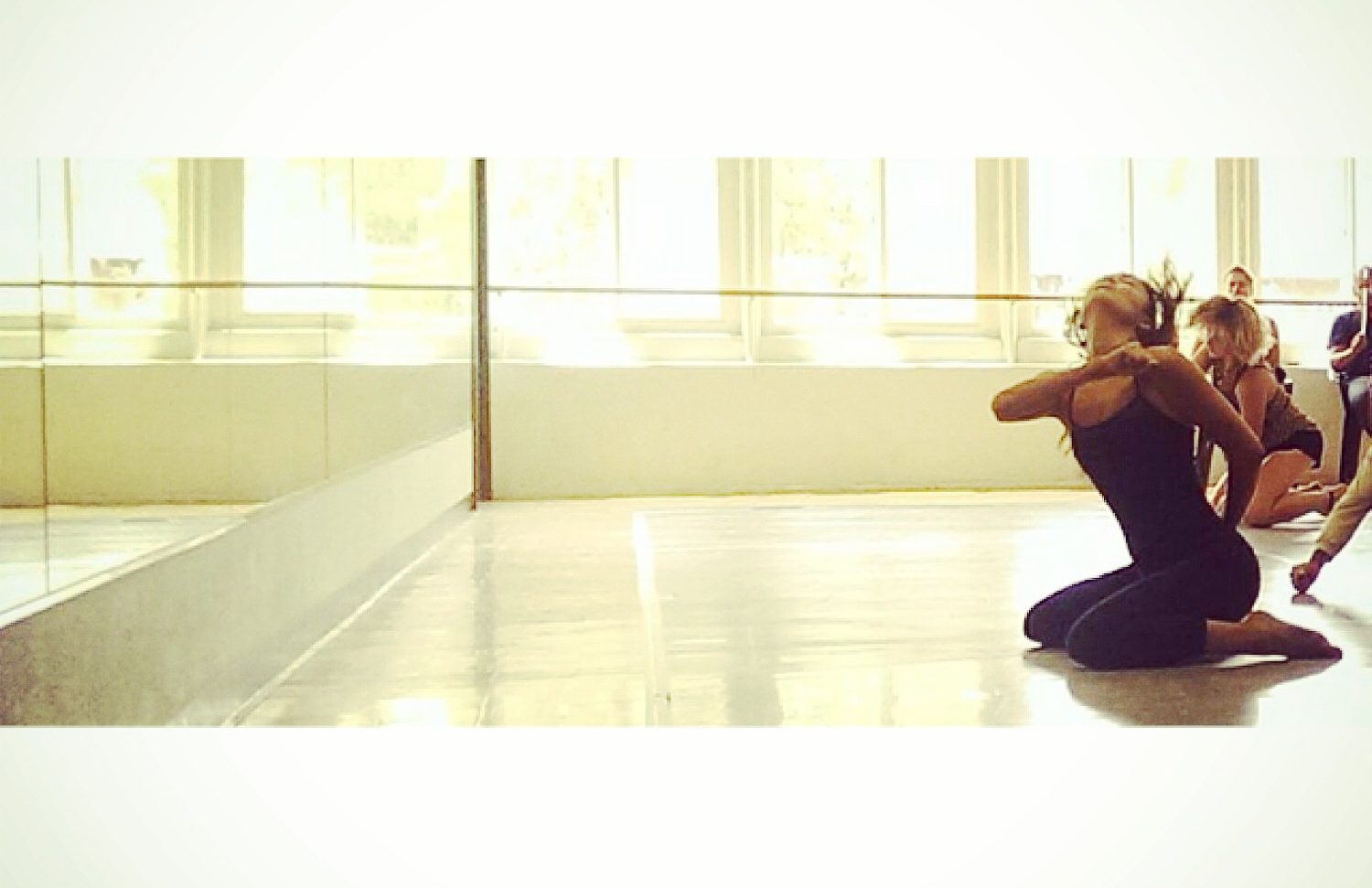