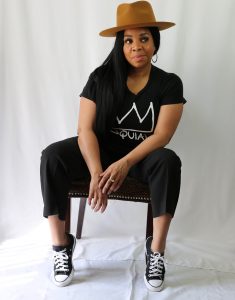 Today we’d like to introduce you to Kimberly Hébert.

Hi Kimberly, so excited to have you with us today. What can you tell us about your story?
Like many artist expats in Los Angeles, I moved here from New York to film a pilot, which wasn’t picked up by the network. That is the short of how I arrived in LA. I’m a Houston, TX native and am finding more pride in saying that as the years pass. If the last year has shown me anything, it’s shown me that each state is plagued with its own set of challenges and projected characteristics, and each has its shame and glory. For so many years, I hid my “southernness” and scrubbed my accent, particularly when I was in college. After graduating from Houston’s High School for the Performing and Visual Arts, I went to Mount Holyoke College in Massachusetts, a wonderful all women’s educational experience and a cultural shock to say the least for a seventeen years old from Texas. However, it was during my time at Mount Holyoke that I renewed my love of theatre. I spent part of my junior year in London, England studying classical theatre with tutors from RADA and LAMDA, which shifted how I saw myself and created great confidence in my ability to play any role in the theatrical canon. I graduated with a Bachelor of Arts in Psychology, which seemed compatible with my desire to explore human identity and how we walk in this world through the lens of those perceived and lived identities. I had a short-lived moment as an MFA student at DePaul University in Chicago. I’d like to think I had to go through DePaul to experience Chicago and its vibrant and gritty theatre scene. I love Chicago theatre. It’s where I would say I cut my teeth as a theatre artist, and it allowed me to really stretch as an actor.

I worked in storefront theatres, in the park doing Pericles and some of the most lauded theatre houses in the city, The Goodman, Chicago Shakespeare, Court Theatre and so on and so on. Somehow while doing that I managed to get a Master of Arts from The University of Chicago’s School of Social Service and Administration and started a family. I detoured, perhaps not a detour at all, and worked as a social worker in the Bronzeville community of Chicago, as well as in suburban schools. Even in that work, I continued trying to connect with the complexity of human identity and its many travails. Clearly, I’m someone who doesn’t shy away from multi-tasking. My multi-tasking acumen would be put to test when a work opportunity would take my then husband, and therefore me and our son, to New York. This was a seismic culture shock and yet epiphanic experience. Broadway was tangible, in arms reach, and yet in my eight years living there, the Great White Way would elude me. It was not a loss though, because in addition to doing the national tour of The Lion King, I started to gain a name and credibility with playwrights and Off-Broadway theatres as a go-to actor. Tarell Alvin McCraney (Moonlight) Brother Sister Plays and Lynn Nottage’s (Pulitzer Prize) By the Way Meet Vera Stark are seminal pieces in New York of which I originated roles. By the Way, Meet Vera Stark is the piece that is the ultimate reason for my residence in Los Angeles. The Geffen Playhouse did a production of the piece with many of the New York Second Stage performers. I have theatre to thank for me working in television.

Once in LA, it was clear that there was space for me as a television and film actor. I am grateful for every role I have gotten and will get in film and television, and yet my artistic love language has always been theatre. Were there other lovers of the boards in the city who wanted to play in a way that television and film as industry can’t? I set out to find out and created Black Rebirth Collective (BRC), which is a theatre collective whose mission is to connect, nurture and support actors as they enter the creative process, whether through training, readings, or productions while remaining rooted in the cultural expression that is found throughout the African diaspora and in the principle of Ujima – Collective work and responsibility. We are a collective in the truest sense of the word. It’s led by African-American women who have their roots in the theatre. We are lovers of the words on the page and play and jump through them with abandon. I’m grateful that the likes of Tamela Aldridge (Exec. Dir & One Life to Live), Kelly Jenrette (Emmy nominated for The Handmaids Tale) and Danielle Pinnock (Young Sheldon and Hashtag Booked) joined forces with me to create an incredible space that amplifies the voice of Black women and the theatre community at large. As the Artistic Director of BRC, I have found my theatre tribe in a city of film and television and have reconnected with my original love language.

Would you say it’s been a smooth road, and if not what are some of the biggest challenges you’ve faced along the way?
There are inevitable struggles when you are carving out a space for yourself in an industry or job market that is undereducated about your personage. Theatre, Film and Television are art forms that exist, at their cores, by selling fantasies and having the viewers buy into what is being presented or perceived. That’s what makes them magical spaces. It also makes them limiting when understanding bodies and voices outside of their prescriptive worlds. The entrance of anything into those worlds that does not confirm their fantasies enters with a struggle. The road that I have to travel as a Black woman in an industry that has a “one-way street” mentality for Black women is rocky to say the least. The road signs often negate your skin, your body type, your speech, your hair and your very existence as a Black woman. The struggles are inherent in an industry that sees you as “other” and has limited ability to see the totality of you. It’s a struggle.

Thanks – so what else should our readers know about your work and what you’re currently focused on?
I am an actor, artistic director, writer and creator. If you are not a multi-hyphenate, you feel like you are a bit of a slacker in this world these days. That is such a Los Angeles “thing”. The area in which I have an affinity and in which I have most worked is acting. I’ve shared my love of theatre, and Los Angeles has a wonderful theatre scene in which I have worked, but I would probably be most known for my television work. Genius Aretha is the most current series I can be seen in, but more substantially in shows like Vice Principals on HBO, Kevin Probably Saves the World on ABC, Devious Maids, Better Call Saul, Future Man and so many other shows. Five Feet Apart is a film that I really feel was impactful and definitely resonates in our present world and circumstances.

Black Rebirth Collective is also excited to continue to find new theatre partners in Los Angeles. We are currently co-producing an evening of One Act Plays by Black Women with The Wallis Annenberg. Four one act plays will air virtually on Juneteenth (June 19, 2021) for a period of two weeks, which will be filmed on campus at The Wallis. The plays are written by four of the most acclaimed Black female playwrights in the nation; Dominique Morisseau, Jocelyn Bioh, Ngozi Anyanwu and Stacy Osei-Kuffour. All four plays are co-directed by myself and Wallis staff member, Camille Jenkins. It’s wonderful to be able to amplify the voices of Black women through the art at this time. Space has to continue to be made and held for the authentic voice of Black women, and I’m proud that BRC is doing that. Please find more information on our website, as we encourage everyone to join us for this day of celebration!

Can you talk to us about how you think about risk?
Being an actor, you have to be a bit of a risk-taker, some calculated, some not so much. It’s the balance of daring oneself that works for me. Picking up and moving across the country with your 13 years old son and hope was a big risk, and it’s paid off. I particularly believe that people, women specifically, should dare to bet on themselves EVERY TIME. You can’t lose when you do that. Even when you don’t achieve what you set out to achieve, you gain a wealth of self-reliance and knowledge about who you really are. Trust and leap into the next adventure. 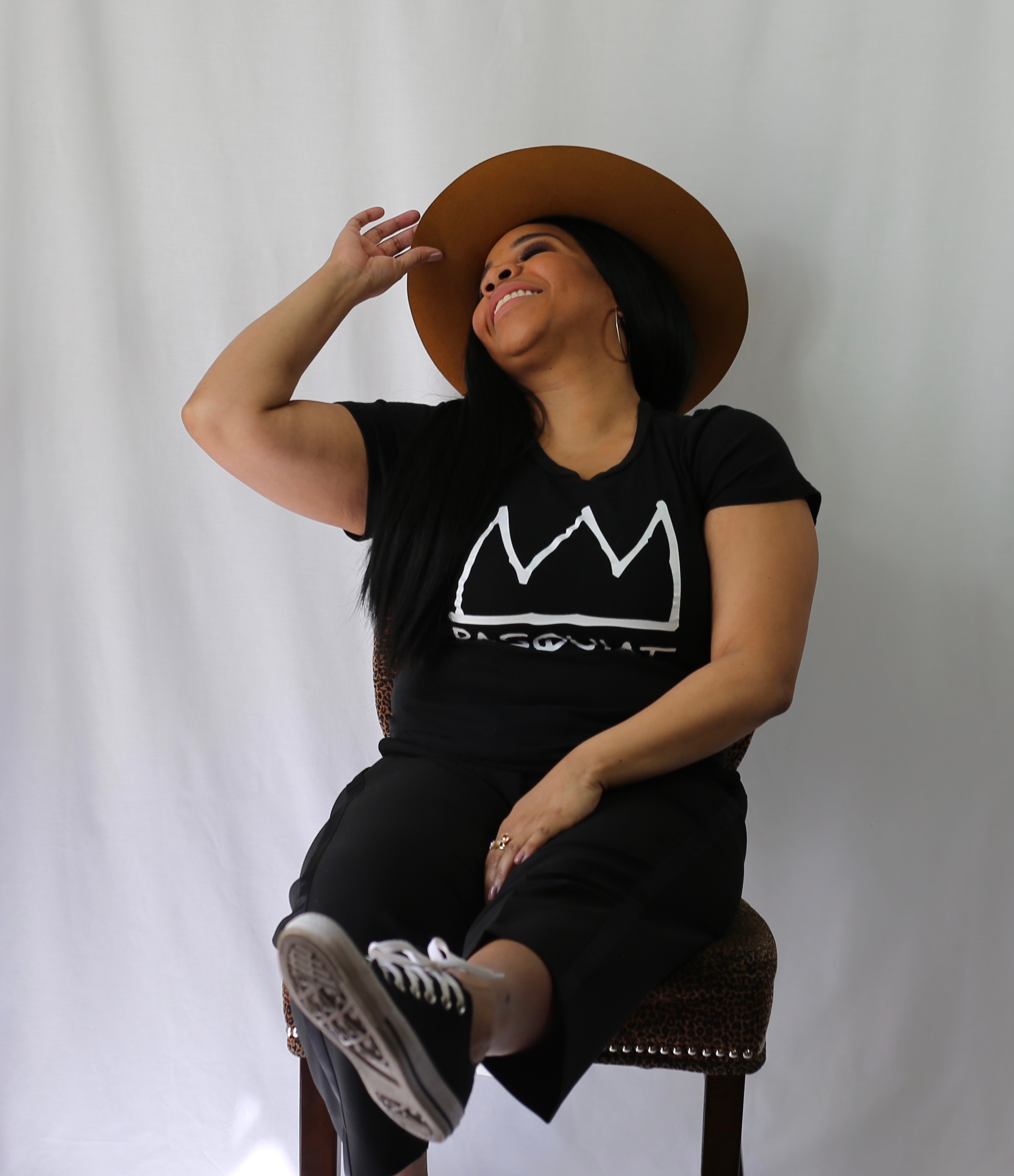 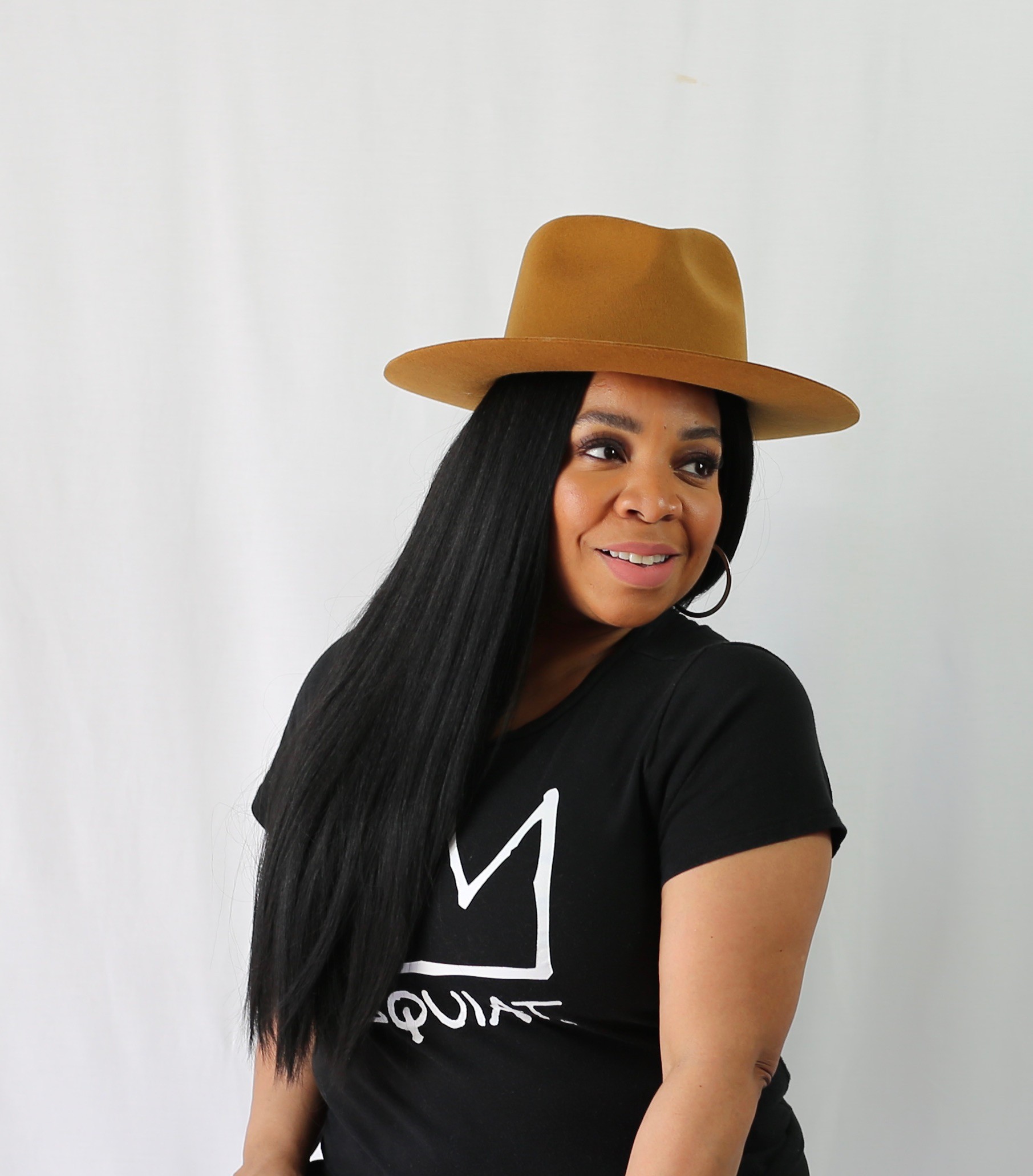 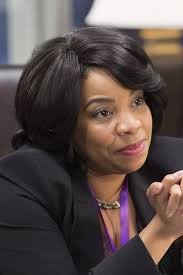