Meet Kimberly Aboltin of On The John Productions in Hancock Park 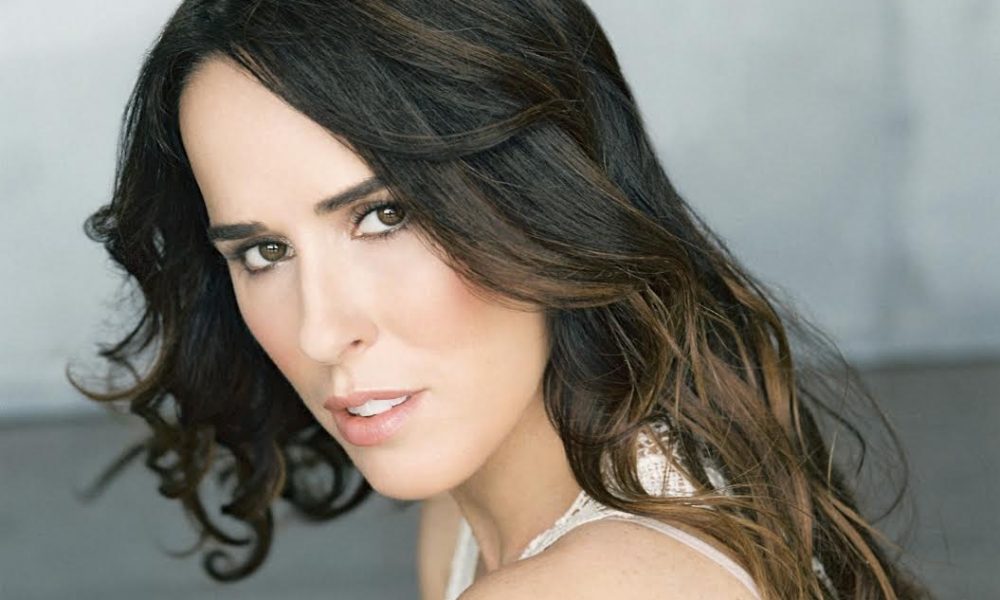 Today we’d like to introduce you to Kimberly Aboltin.

So, before we jump into specific questions about the business, why don’t you give us some details about you and your story.
On The John Productions was created 3 years ago when I put on a “live pilot pitch” at a theater in Hollywood. I enlisted the help of 35 of my talented actor friends, 5 of my talented director friends and several hard-working stage hands. They all generously donated their time to help me present scenes from 6 of my new scripts. After the success of the live presentation, I went on to write several short films and co create/co-write a couple web series. It was exciting to be able to use both behind the camera crew and the actors that I just worked with on the stage, to help bring these projects to realization.

Today, the people that I work with has grown significantly. It’s cool to be able to watch something grow project to project and to have built a creative family. All the projects that we have shot, except for one because it is currently in post, have made the festival rounds. A couple of them have even picked up high awards along the way. And two of them have found online homes.

Overall, has it been relatively smooth? If not, what were some of the struggles along the way?
It’s been a road with definite ups and downs. I’ve had days where I feel like everything is going really well and I can’t imagine doing anything else and then some days I feel like I just want to stop and move to Alaska. It can be challenging finding funding for projects and getting my scripts to a place where I feel confident enough to shoot them. But, I’ve found that things have a way of working themselves out when I take the next right action and do the work that’s right in front of me, rather than bypassing to the last step. When I jump ahead of myself, I get overwhelmed. And a lot of my work comes from a personal place, so often times there is that added pressure that I put on myself. The more I stay in the moment, the smoother things go.

Alright – so let’s talk business. Tell us about On The John Productions – what should we know?
We are known for comedies. A few of them dark comedies that deal with characters that have found themselves at rock bottom. As a story teller, I’m interested in empowering women and people dealing with addictions or mental illness. I don’t tend to shy away from issues that would otherwise be deemed as tragic. To me, I can find (or try to find) the funny in the dark and painful. My sense of humor is what has gotten me through some really tough times in my life and I hope to be able to share those stories with people as a platform to connect on.

We have two projects that have won Audience Choice Awards for best new pilot, and best new web series at Film Festivals. Currently we have projects featured by Whohaha and Funnyordie. We are also doing a deal with shortstv which will be available on DirectTV.

Any shoutouts? Who else deserves credit in this story – who has played a meaningful role?
I named the company after my Father and my Grandfather, both named John.

Unfortunately, they are no longer here to see how the production company has grown and the projects that I have put out. I started the company as a way to deal with the sudden loss of my Father. So for me, it’s only appropriate that some of the content that I have created has been about people dealing with struggles, all told with you humor, obviously.

I have had a great support system and wonderful teammates along the way.

My boyfriend, Mark Ricketson has been a big cheerleader and is always willing to help out during productions. He is the one person that lovingly pushes me in the moments that I just want to stop. He reminds me of why I do what I do and what I’m capable of.

My mentor, Alexander Gruszynski is a wickedly talented Cinematographer and Director.

He inspired me to tell my stories in the film medium. Before I met him, I was dedicated to theatre and thought my projects would only live in that realm. I learned so much from him and we went on to collaborate together and he ended up directing two of my films, “Teapot” and “Tripolar” that are currently making the festival rounds.

My friend Deborah O’Neill has been one of my Producers on all my projects and has acted in a few of them.

My friends Shannon Kiely and Hollie Lee co-created and co-star in the web series, “Neil Patrick and Harris; The Chronicles Of Conjoined Triplets” with me, which is currently on Whohaha.com

My friend, Stephanie Little and I met years ago at The Groundlings. We co-wrote and co-star in “Killing the apologetic Girl” which is currently featured on Funny or Die.

I am so grateful to Whohaha.com and funnyordie.com for their big support.

My family has provided much of my story telling inspiration and my love for comedy.