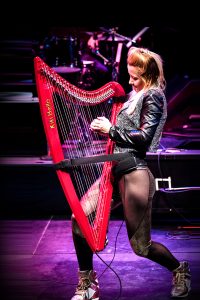 Today we’d like to introduce you to Kiki Bello.

Thanks for sharing your story with us Kiki. So, let’s start at the beginning and we can move on from there.
I started playing the harp with my dad at the age of 6. He is an architect and civil engineer but has always loved playing the harp. In 1983, he met my mom at a college that was offering a Harp teaching program. They both signed up and met on the first day of class.

My mom was a school teacher and a law student at the time, but her biggest dream was to learn how to play the harp. They got connected and fell in love through the passion of this magical instrument. My dad was an advanced harp student and my mom only knew the basics. Somehow, my dad agreed to give her private lessons at her house. Then… I came to life!

My name is Kiki Bello. I was born in Bogotá, Colombia on February 26, 1991. I am an electro harpist and singer-songwriter. I just surpassed 120 million views on social media and I still can’t believe it. I feel privileged that people are connecting with my music and sharing it with their friends. I just moved from the New York Area to this amazing state of dreams, California! In 2011, I studied Music business at Bergen Community College and William Paterson University of New Jersey. I was able to get my bachelor’s degree within four years. It prepared me, not only to be an artist, but also a music business entrepreneur.

I started to get exposed to music at the age of 4 when my parents enrolled me at the academy “Nueva Cultura” from a prestigious college in Colombia “Universidad Nacional”. We would learn all about traditional Colombian music. I was exposed to different instruments and genres of music. Later on, when I turned 5, I started taking dancing lessons at Centro Cultural Llanero. I was first introduced to “Llanera” traditional music from the eastern plains of Colombia.

When I turned 6, I began taking harp lessons with my father, Jaime Bello. In 1999, my parents enrolled me and my brother Pedro D. Bello in a local Harp school “Academia Llano y Joropo”. We learned traditional music on the Colombian harp as well as other instruments such as cuatro and maracas. Eventually, I was good enough to play in front of a crowd. My brother and I started performing in front of family members and friends as well as school events. That was the beginning of my live performing career. My first gig ever was at an elementary school. I was nine years old and I got paid enough to buy a pair of sneakers. That was the first time I made money with music. Wow, I will never forget that day!

While learning the harp, my mom inspired me to sing and write poetry. She would write poems and teach me how the structure and rhyming worked. I naturally became a songwriter by writing poems and poetic letters for her.

On my teenage years, when I turned 15, we created a family band called “Maguaré”. It was my brother, my father, my uncle Germán Bello, who was a key piece in my music career and myself. We got to perform many local venues and private events. Later on, I participated on many national competitions of Folk music. After years of training to become a professional harpist, I became a Harp instructor at the same school where I first started. I gave lessons to hundreds of students including kids, adults and seniors. In 2008, I was part of the album “Arpas de Colombia” featuring 17 harpists. It was my first time recording. That inspired me to record and release my first solo album called The Magic of the Harp.

On the following year, I won a music competition from Jovenes Interpretes sponsored by the Colombian Republic Bank. It was my first national tour. On September 26 of 2010, my family and I moved to the United States. I spent one full year learning English with the only goal of getting accepted at a college.

I got my music business degree in the spring of 2015. After graduating from college, I founded Bello Entertainment, an event entertainment company. I founded this business with the main goal of sponsoring my music productions and videos.

Since then, I’ve had the privilege to open for many people and also perform for important corporations, venues, festivals and private events. I have also donated my talent to many nonprofit organizations, hospitals, fundraising events, benefit concerts, museums and community events. I have also released two albums and multiple singles.
My biggest dream is to bring amazing emotions to people’s lives through my harp, my voice and my lyrics.

Great, so let’s dig a little deeper into the story – has it been an easy path overall and if not, what were the challenges you’ve had to overcome?
It has not been a smooth road. There have been multiple challenges and disappointments. There have been several failures and frustration. There have been many closed doors and “no’s” as an answer. Despite all of that, I have never lost my ground and my focus to achieve success. I believe that hard work and persistence pays off eventually. Luck is not enough, you need tenacity to survive and a lot of determination to accomplish your hardest dreams.

We’d love to hear more about your work and what you are currently focused on. What else should we know?
I am an electro harpist and singer songwriter. Music is my full-time career. I am known for being a pioneer of the electric harp. I am proud and deeply happy to know that many people acknowledge my music and relate to it. What sets me apart from others is that I believe that the harp can become a mainstream instrument and bring a lot of joy and happiness to the world.

What moment in your career do you look back most fondly on?
Probably the fact that I am a pioneer in the world of the harp. People see me as a role model of the electric harp. That is priceless! 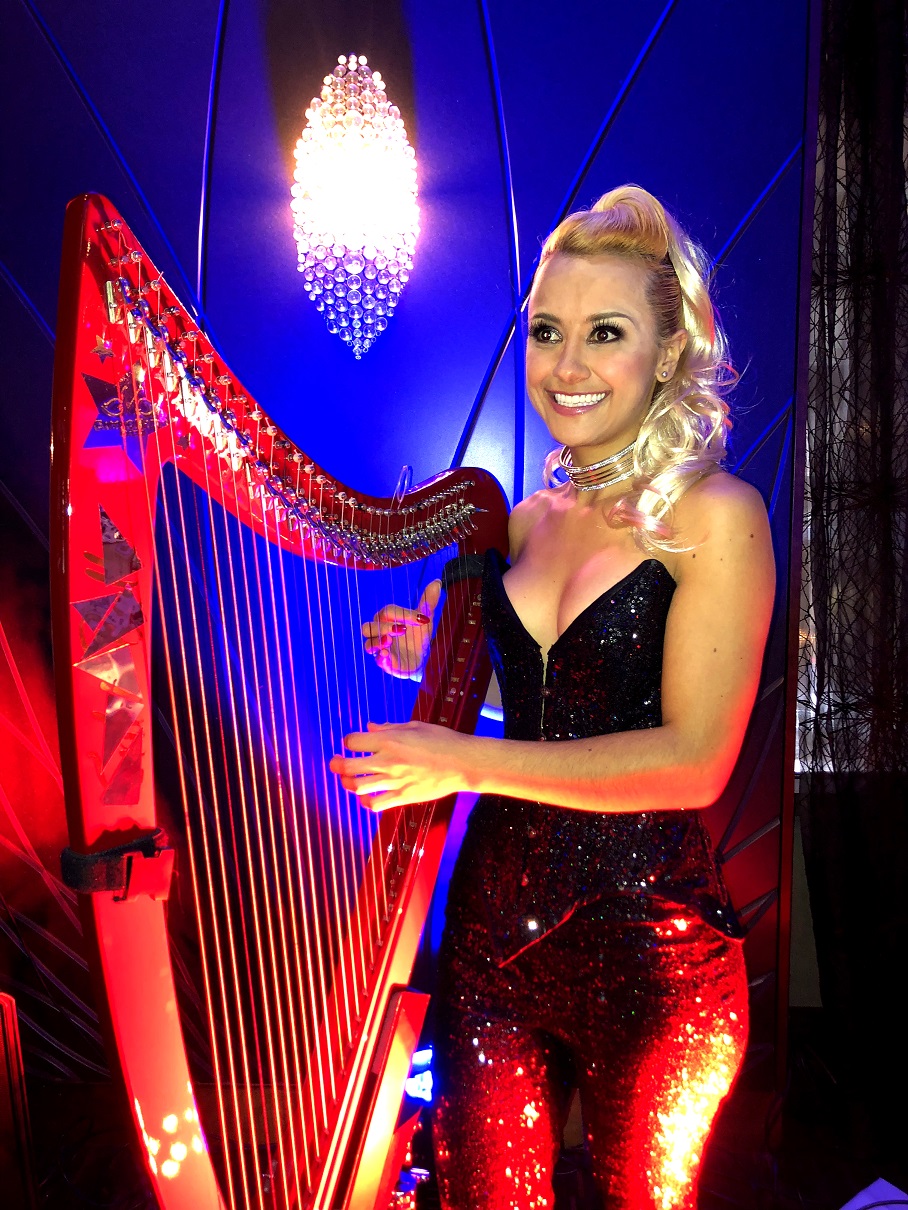 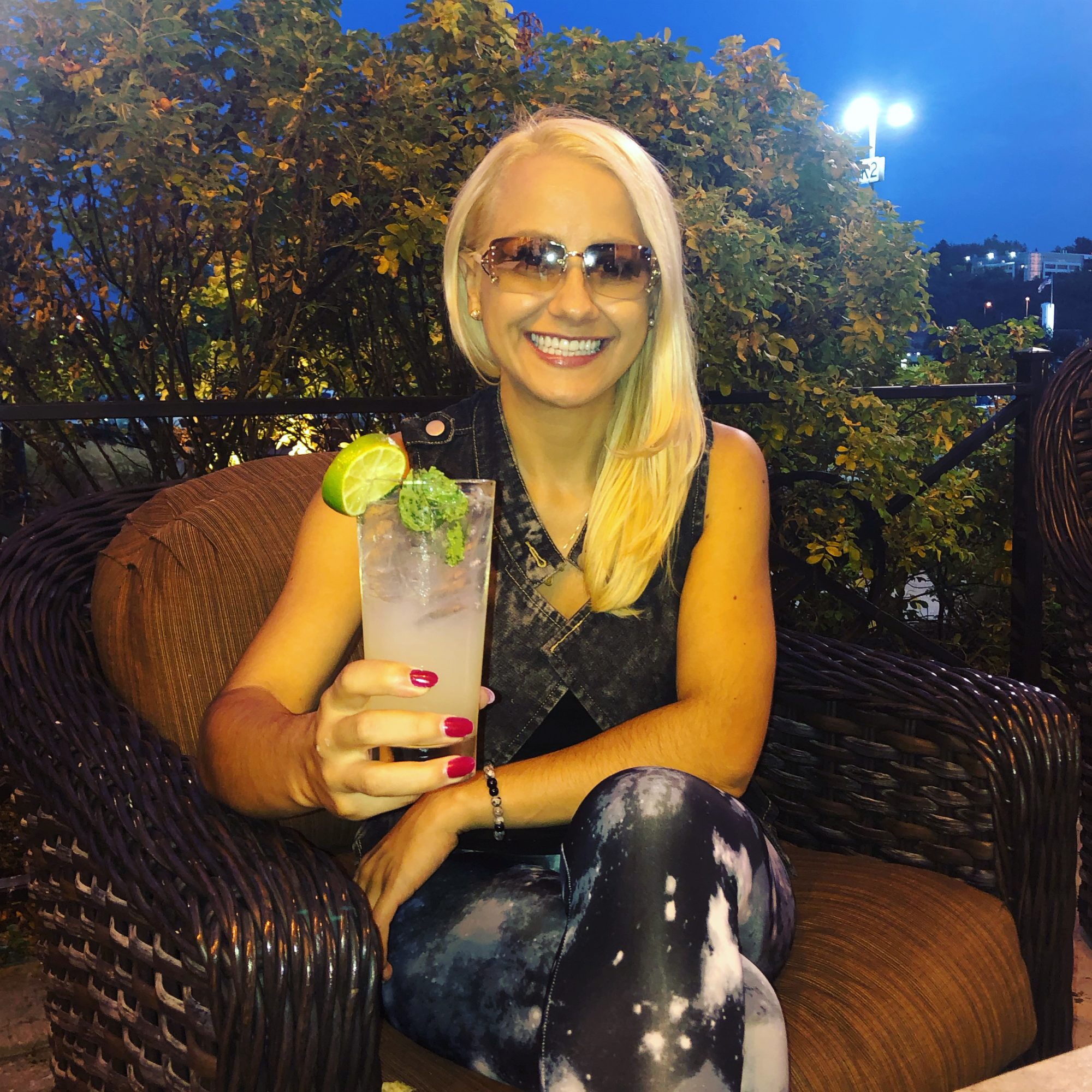 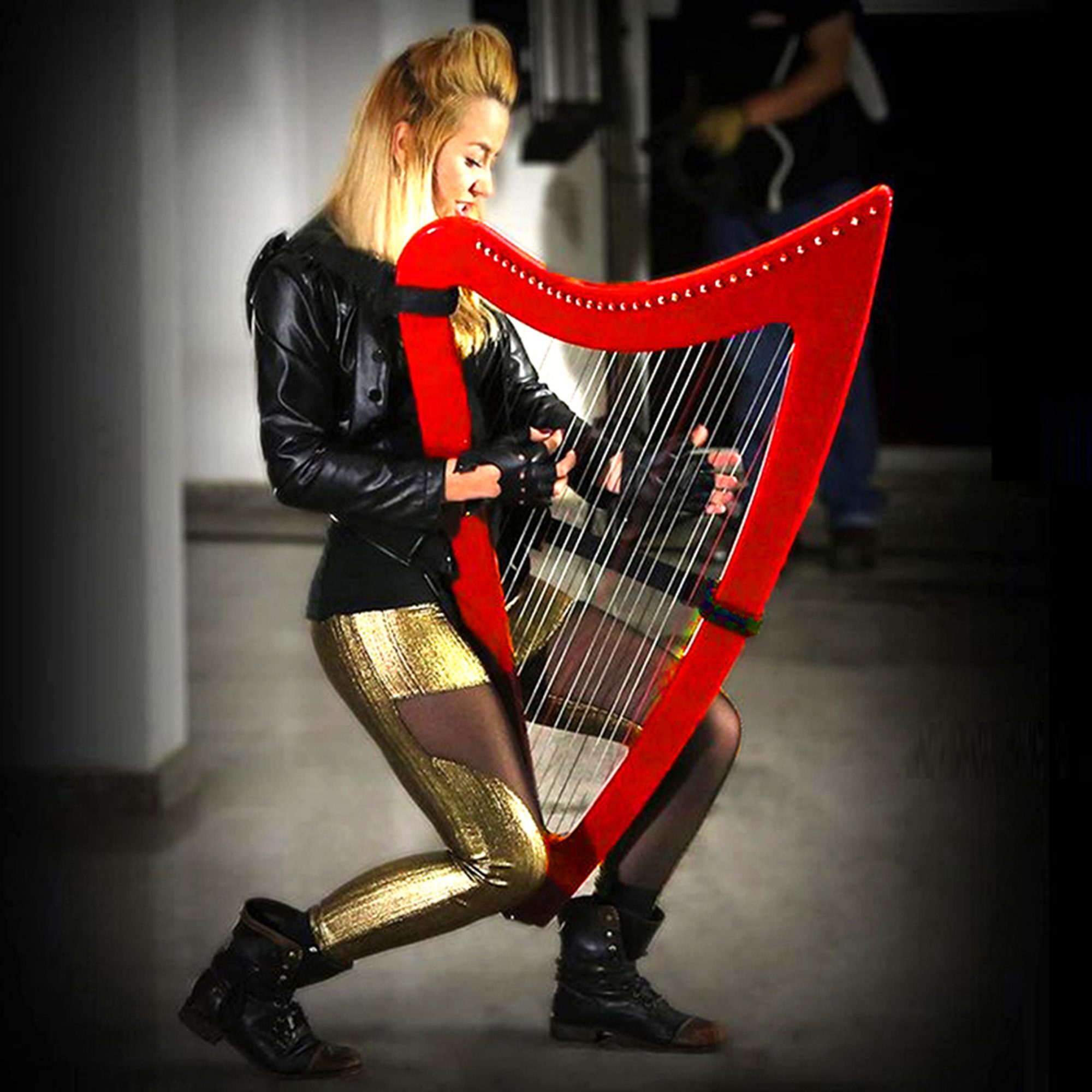 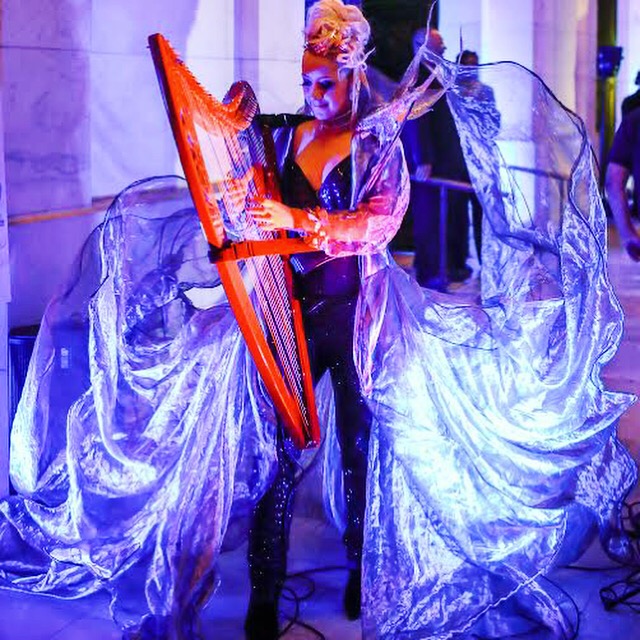 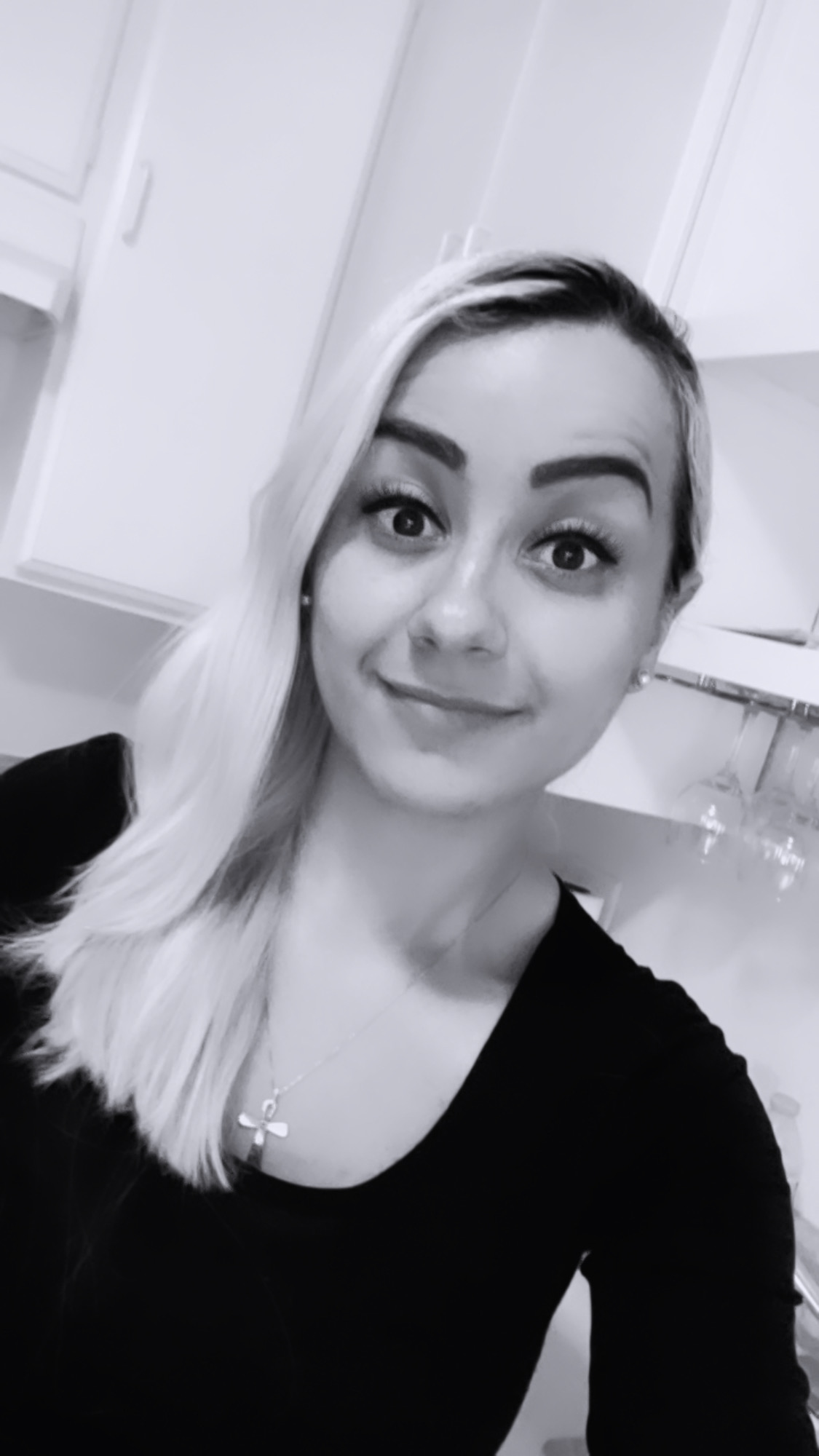