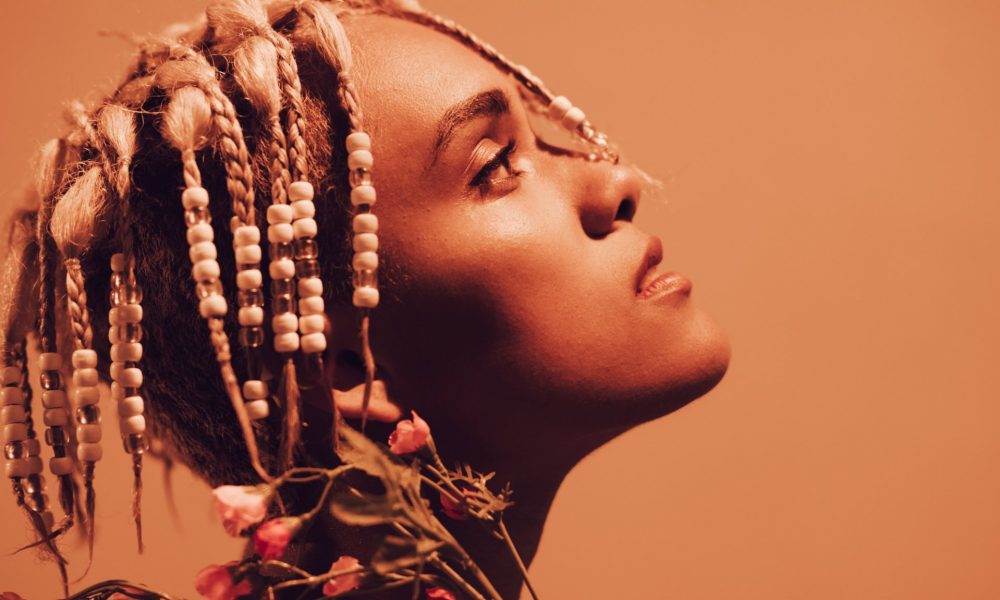 Today we’d like to introduce you to Kianah Jay.

Kianah, please share your story with us. How did you get to where you are today?
I was raised by my single mom in northern New Mexico just outside Tesuque Pueblo. She had an eclectic taste in music. I was constantly listening to new sounds including tribal chants, Prince, Pantera, Santana, Sade, Erykah Badu, and Destiny’s Child just to name a few. Though I lived in such a tiny town, music showed me how big the world could be. I started dance classes as a toddler and vocal lessons when I was about ten years old.

For years, I did plays, musical theater, and dance recitals. My mom took me to concerts all of the time. We’d watch tribal drum circles and dances. She took me to see Korn and bought me the VHS of N’Sync’s “No Strings Attached” tour. She and I would listen to the same song on a cassette over and over again. When I was fifteen, I went to the Van’s Warped Tour.

It was the first time I was completely surrounded by musicians. That’s when I thought “This is what I’m meant to do”. I joined a local screamo band. Then I joined a punk band. Then I joined an experimental electronic group. At the same time, I was doing musical theater and continued to train as a dancer. Nearly every weekend throughout high school and college, I had some sort of performance. I knew I wanted live and work as a musician and dancer but it was also important to me to graduate college.

After I graduated from the University of New Mexico, I moved to Los Angeles to pursue music. I worked with a few different producers who but nothing clicked until I started working with Josh Reinhardt (also from New Mexico).

Josh and I created the TwoLips debut EP ‘Yellow Gold’. Since then, I’ve played shows at several prominent venues in Los Angeles. I am currently working on new material, preparing for the release of my first music video, and getting ready to play a few shows overseas. Los Angeles has thrown me some curveballs however the music I’ve created here has brought me more love and opportunities than younger me could have ever imagined.

We’re always bombarded by how great it is to pursue your passion, etc – but we’ve spoken with enough people to know that it’s not always easy. Overall, would you say things have been easy for you?
The road has not been smooth. Which struggle should I talk about first? I’ve struggled with racism, grief, generational grief, eating disorders, sexual assault, and heartbreak. Oh and the money struggle. I was born into a crazy family and a crazy life. Being the only Black girl in the room during my entire upbringing forced me to come to terms with my uniqueness.

Everybody’s already looking, aren’t they? I might as well give them something to watch! Sometimes I still feel like the small black girl at the back of the room. Coming to LA has been very important for my identity as a young Black woman.

As a young woman in R&B, I struggled to be taken seriously as a singer. Accomplished producers and other industry professionals would invite me to the studio only to ignore my creative input. It was always such a boy party. As I embraced my own style and continued to be an active participant in shaping culture, I began to attract creatives who are genuinely interested in working with me.

For the past seven years, I’ve struggled with the loss of my mom who was my only parent growing up. She was an incredible woman and I feel lost without her. Still, I feel that I have to live for the both of us. I have to see the world and live the life that she never got to.

One of my biggest struggles at the moment is living in a city that is so at odds with what I personally value. I value sustainability, efficiency, respect, human connection, originality, and accessibility. Los Angeles has some of these things some of the time.

Other than that, it can be dirty, crowded, superficial, and out of touch with the rest of the world. Being half-native and growing up in ‘Indian Country’, my childhood was spent outside in trees, running on dirt roads, and catching tadpoles from the creek.

Los Angeles was built on one of the most beautiful parts of the country but when I stand on my rooftop and look at the sprawl, I cannot help but see the tragedy. I wonder if anybody else thinks it’s ugly. We are destroying the land and I’m an active participant.

I feel guilty pursuing music when indigenous peoples continue to be threatened by the effects of colonialism. All of that being said, I’ve met so many incredible people through music. Musicians are voices of the people. Many of us are activists. We care deeply about the world we live in.

We’d love to hear more about your business.
I am a singer, songwriter, creative director, poet, and dancer. I am primarily known as a musician and have become known as a strong performer. I am most proud of being able to combine all of these titles into my performances. I focus on promoting women and people of color. I wish to extend opportunities to marginalized groups. I’ve continued to create content that I’m proud of.

What were you like growing up?
As a child, I was curious and outgoing. I was interested in singing, dancing, gardens, animals, and water. Some things don’t change. I always raised my hand to answer questions. I always felt very capable. I liked to be the center of attention but I also liked to be alone.

My mom used to tell me that she would hear me playing in my room by myself doing multiple voices for my different toys. Then, she’d hear me singing to myself. Then, she’d hear me turn music on and I’d start dancing by myself. I absolutely loved my boombox and listened to every CD in the house. I’d watch Purple Rain, CATS, and Grease on repeat. My mom put me in dance classes at just two years old because I wouldn’t stop dancing around.

Every week she’d drive me into town just so I could twirl to my heart’s content. We had a lot of animals: two cats, three dogs, and a bunny. All of our neighbors had dogs. One neighbor had chickens. I’d go to their house and play with the baby chicks. I liked taking care of small things. Though there were parts of my childhood that were challenging, however, I don’t know many people who got to grow up surrounded by so much beauty. 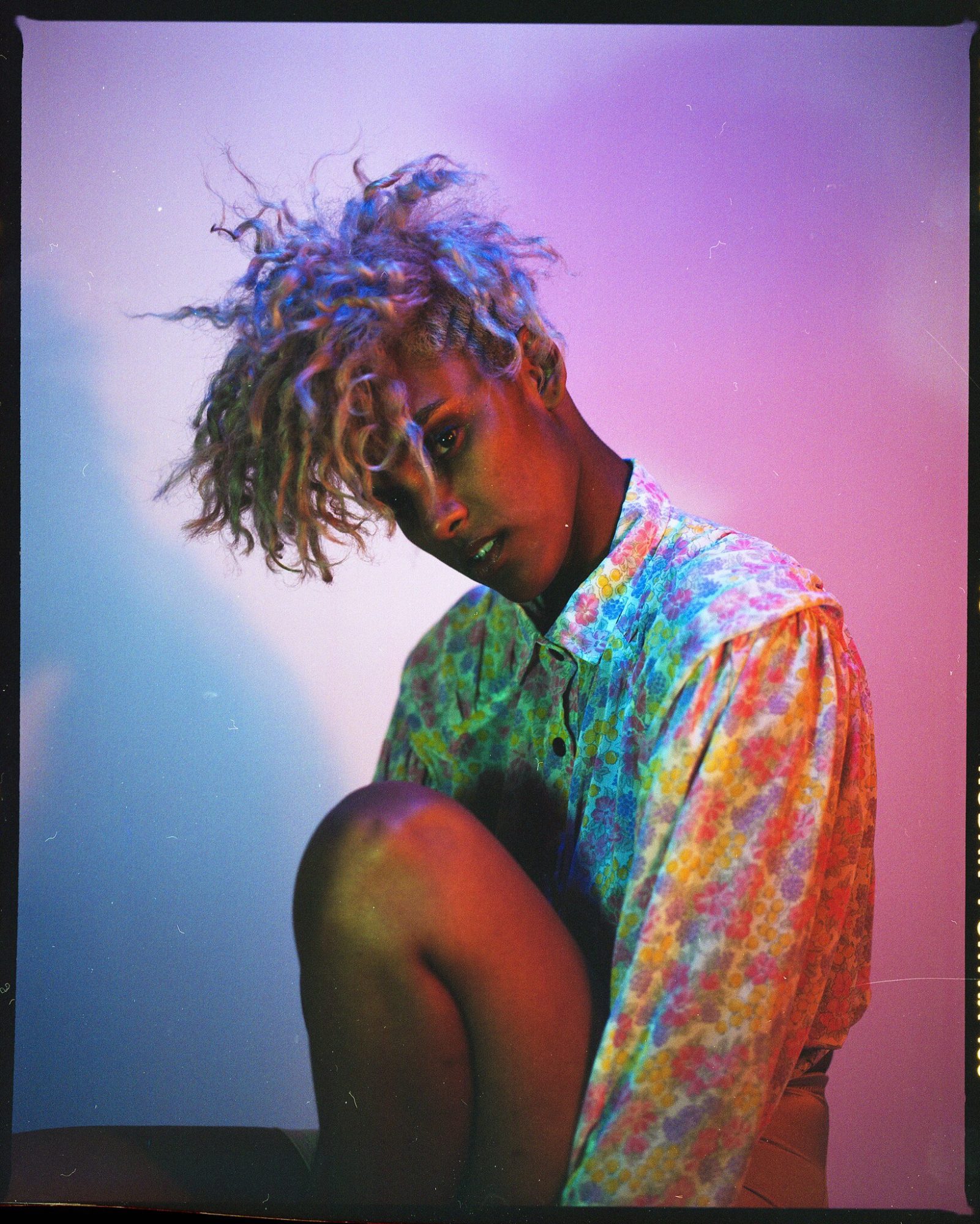 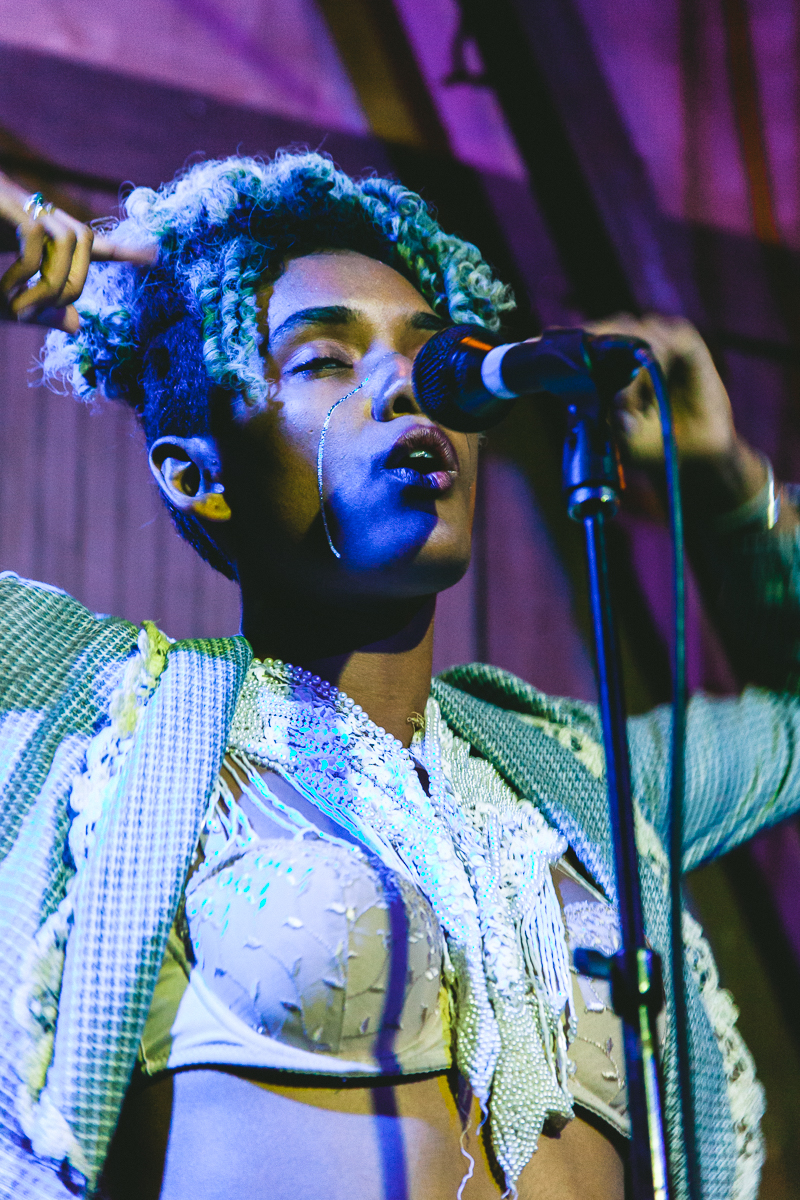 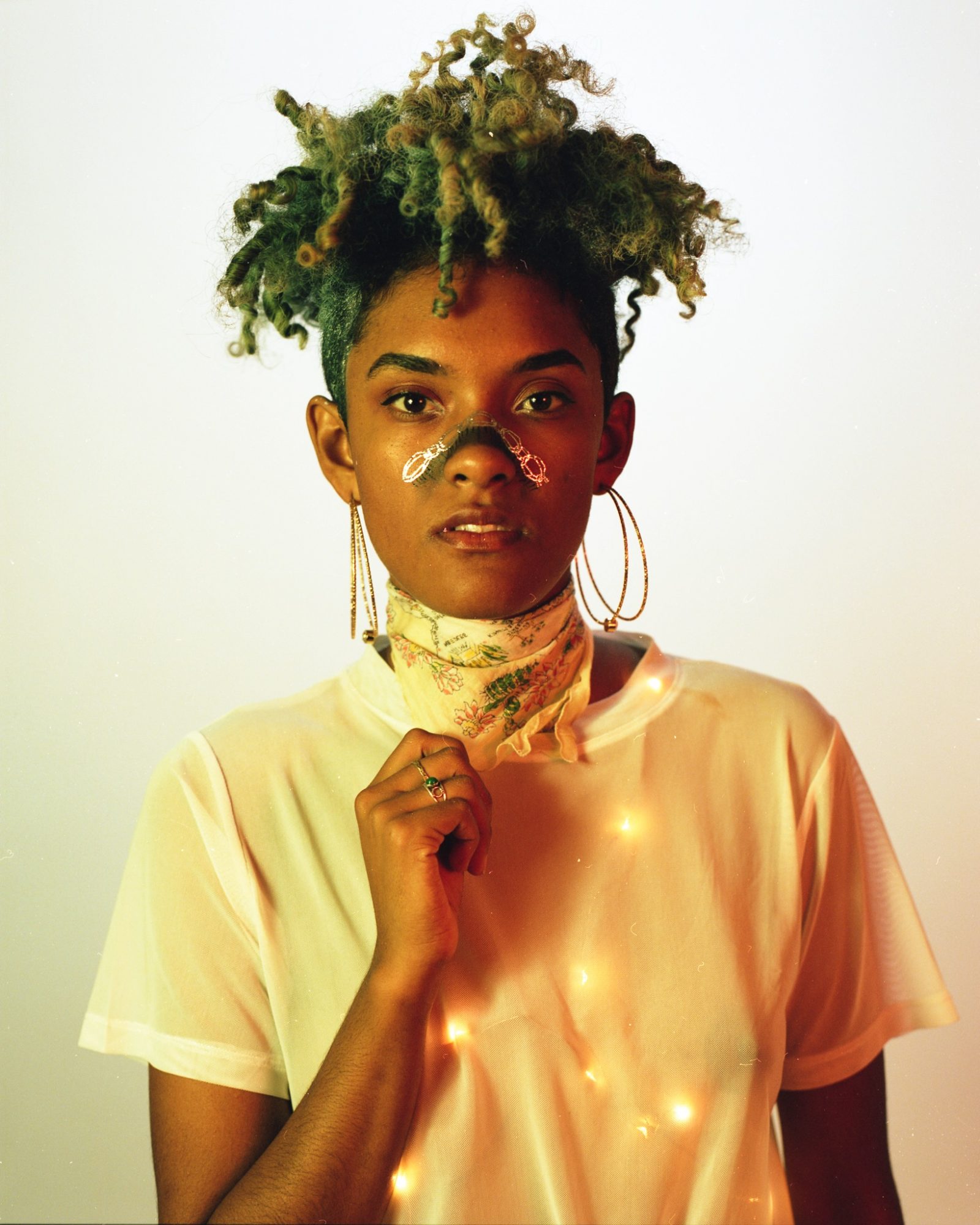 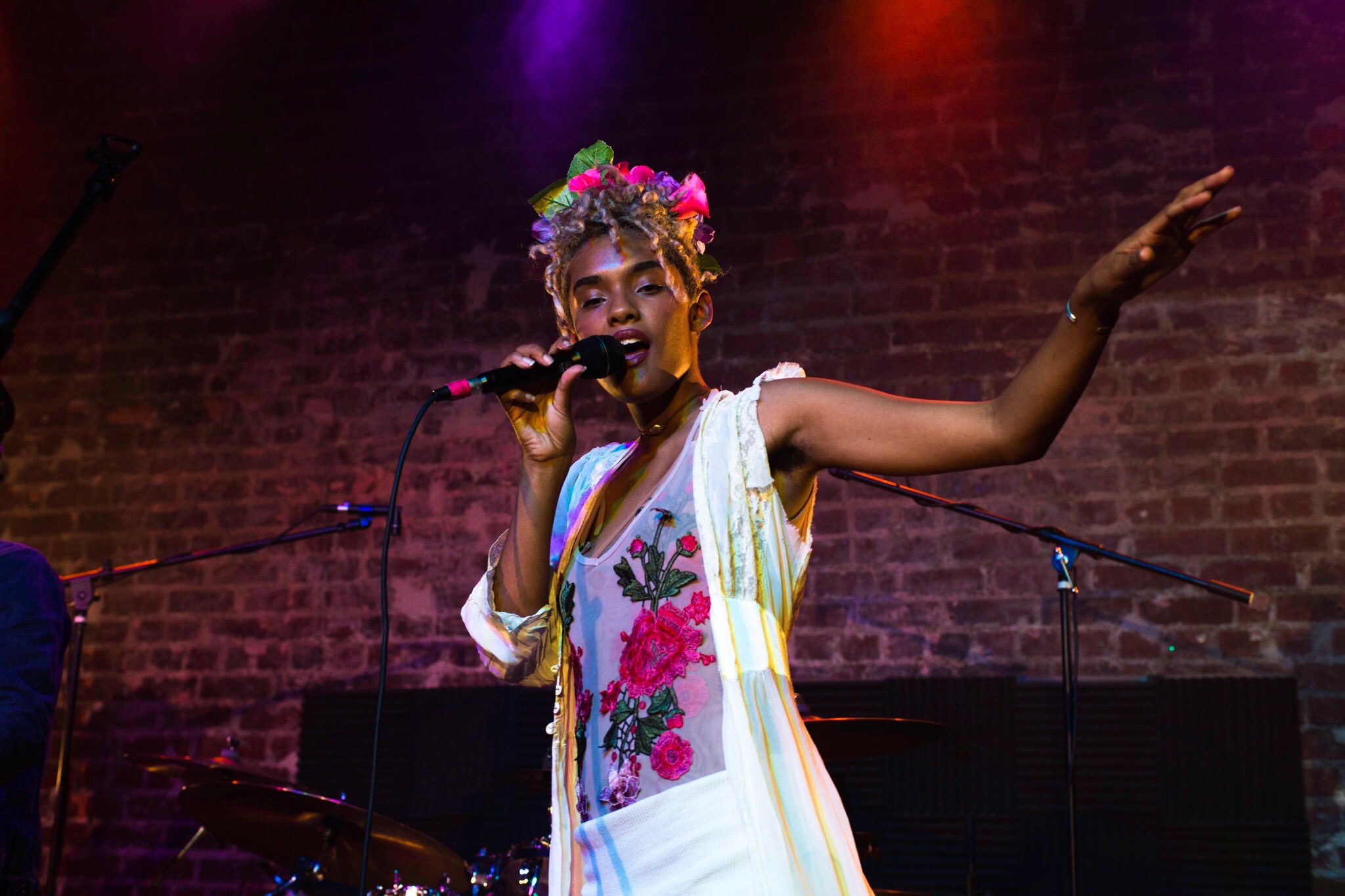 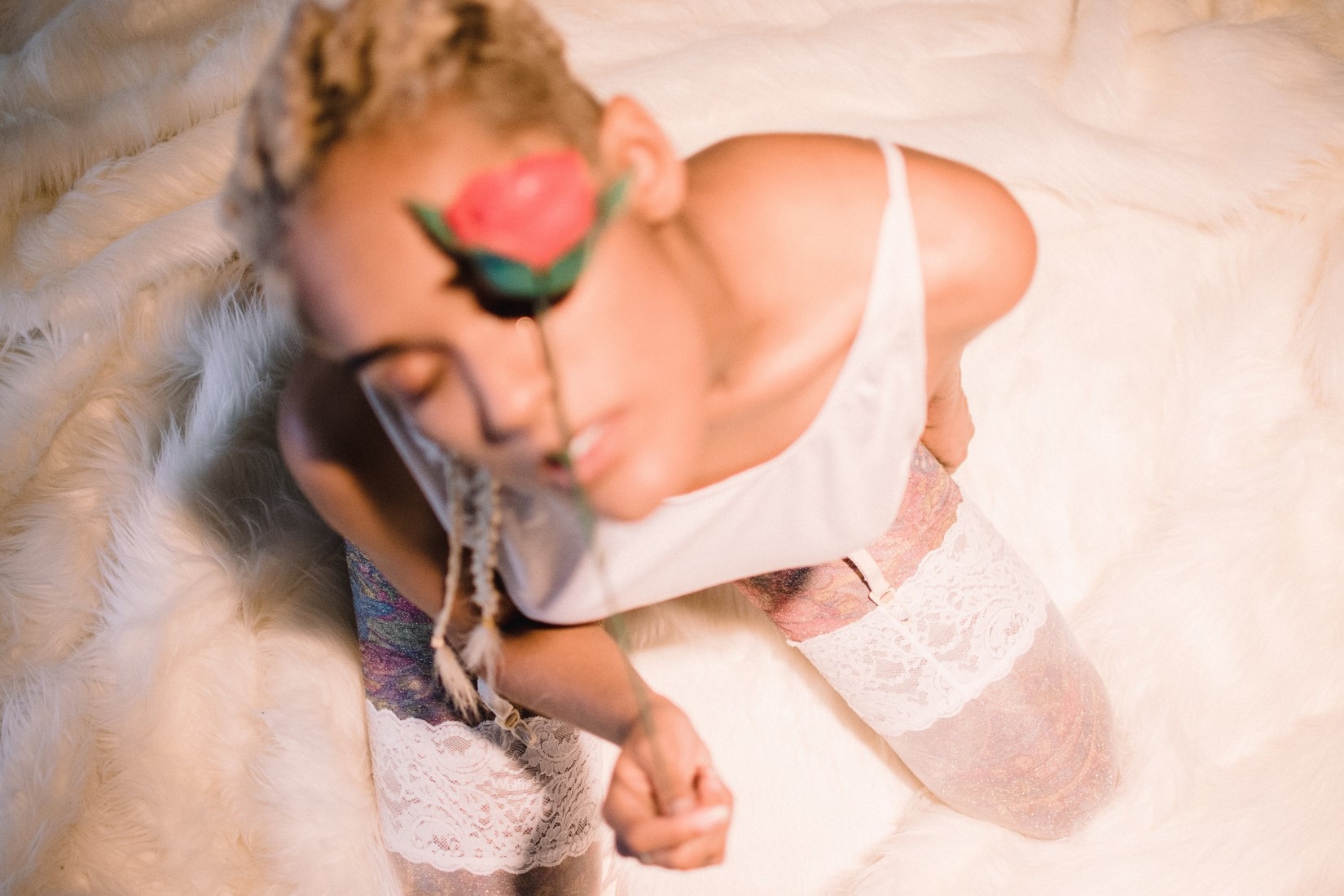 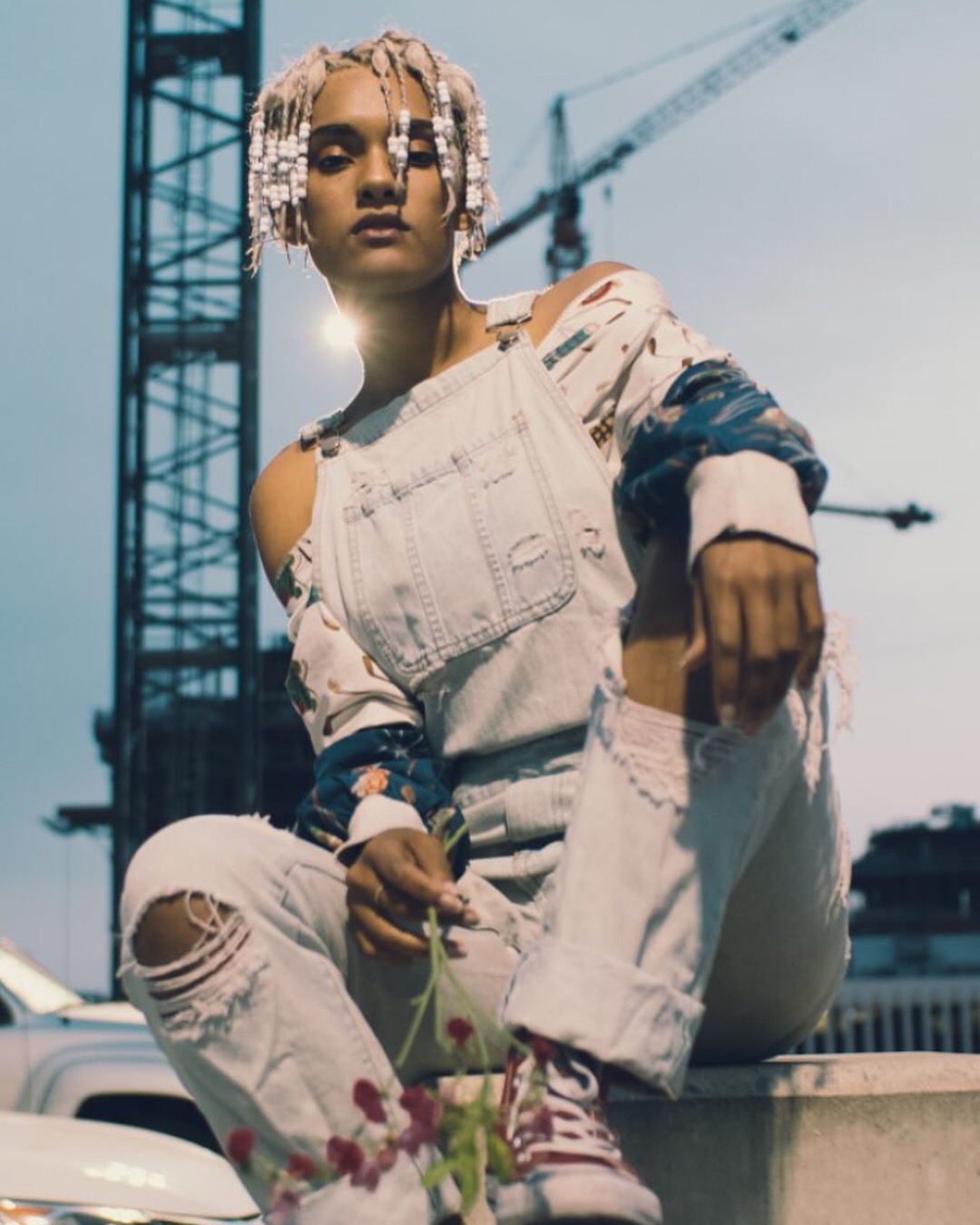