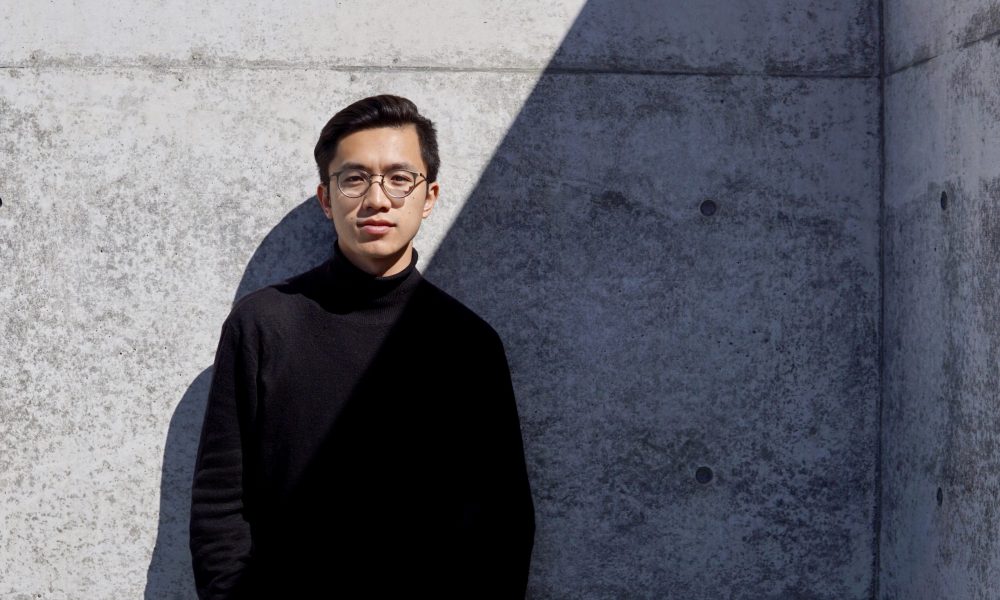 Today we’d like to introduce you to Khoa Vu.

Khoa, let’s start with your story. We’d love to hear how you got started and how the journey has been so far.
I am ambidextrous. I paint with my left hand and solve equations with my right hand. For as long as I can remember, I’ve loved art and science. Some may see these passions as contradictory. I see them as being in perfect harmony. Art captures beauty, and science brings that beauty to life. My passion for art and science has inspired my love for architecture, a field that I’ve been pursuing for the past ten years and look forward to continuing doing so in America and around the world.

VIETNAM: I was born and raised in a small French colonial town in the highlands of Vietnam called Dalat. Most of my childhood was spent with a sketchbook and a box of colored pencils. We did not have much, but I never felt poor. Surrounded by lush mountain ranges and classical French colonial architecture, I was enthralled.

This early childhood experience inspired my love for architecture. My journey as an architect really began when I got accepted to Ho Chi Minh city’s University of Architecture, the top architecture school in the country. Moving away from my charming hometown, I exposed to a busy urban life in the biggest city in Vietnam. After over three years of studying architecture, my family and I immigrated to the United States, putting my education on hold.

ORANGE COUNTY: Total cultural shock, a language barrier, and financial hardship as a newly arrived immigrant to America, my future path became unclear. Despite my three years of study back in Vietnam, I was forced to start my education over entirely in a new language. After six months of job hunting, I enrolled full time at Orange Coast College (OCC) while working full time as a graphic designer. After two years, I was accepted to UC Berkeley to continue to pursue my bachelor degree in architecture.

BERKELEY: At OCC and UC Berkeley, I was first introduced to digital fabrication and was granted the opportunity to use technology to explore and develop my own design concepts. I became more interested in systematic approaches to architecture, which contrasted enormously with my experiences in Vietnam where I worked through a more traditional and intuitive approach; mostly by hand with limited use of computers.

With my exposure to these two distinct approaches, I was able to combine my intuition established in Vietnam with a more rationally driven architecture in America. I realized that the move from Vietnam to America did not leave me at a disadvantage; rather, it broadened my awareness of different approaches to problem-solving that I had not been exposed to. In my last year in Berkeley, I decided to apply to Harvard to pursue my master degree in architecture.

HARVARD: I will never forget the moment when I called my mom to tell her that I was accepted to Harvard Graduate School of Design (Harvard GSD). She fell silent and cried. It was an unforgettable moment not only because I got into my dream school but also because I fulfilled the role of being the son of a new immigrant family.

At Harvard, I was exposed to many different learning experiences I had never encountered before. For the first time since I arrived, I felt myself fully integrated into my new culture and learning environment. I suddenly grew very aware of my role as an architect in making a significant impact on the real built environment through design. I began pursuing learning opportunities outside of school through work and extensive travel.

My design project CO-living (partnered with my classmate Wilson Harkhono) was one of the panelist winners at Lexus Design Award and exhibited in Milan Design Week in 2018. In the project, we proposed a new housing system that promotes CO- in society, inspires interaction and collaboration.

In the same year, I was lucky to be one of two Harvard GSD students to study exchange at the ETH, Zurich where I experienced different pedagogical approaches to architecture. This only heightened my interest in fabrication, structural and spatial system design.

I also traveled to Italy, UK, Finland, and Japan as a recipient of MAD travel fellowship and Aalto residency where I conducted thesis research titled “Grayscale” – architecture of the in-between, which will be presented at Harvard GSD in May 2019.

Has it been a smooth road?
I would say it was not a smooth road, rather an unforgettable adventurous one. There were many many struggles along the way. One was to overcome the cultural barrier and to fully adapt myself to a new world that was totally different from where I came from, a small town in Vietnam. Another main struggle has to do with questioning myself daily about what my role is as an architect in such a complicated world.

These two struggles in many ways were one and the same. In the end, the role of architecture is to create harmony between humans and their environment. In such a vast and complicated work, particularly one that is lived digitally, more and more demands are made of architecture to be more adaptive and flexible to construct a more sustainable living environment.

So let’s switch gears a bit and go into the ARCHDEKK story. Tell us more about the business.
After graduation this year, aside from gaining my experience in professional practice, I plan to develop my own architectural practice. It is a collaborative office with my partner, Mahfuz Sultan, who is in the same year in Master of Architecture at Harvard Graduate School of Design. Aside from ARCHDEKK as an architectural studio office, we also developed Object Press as a multidisciplinary practice focusing on printed matter and small scale installation.

It is a search for a new model of practicing architecture that bridges the gap between discipline and professional practice. As a collaborative practice, we were looking for a broader spectrum for architects to operate in society. In 2016, while still in school, we designed and realized our first project, a large-scale pavilion in Miami during Art Basel Miami.

We recently published a zine with Chaos Books, the artist Ari Marcopoulos’ imprint, published for the New York Artbook Fair at MoMA PS1. With ARCHDEKK, we are currently working in collaboration with local architects in Vietnam on a homestay +sustainable farming project, and we hope to develop it further in 2019, something we are the most excited about. Considering with the vast networked world we live in today, geographical barriers are blurred.

In our future practice, we hope to work to close the gap between local and global development. In fact, my big vision for my thesis at Harvard is to extend our design investigation on the countryside, especially in Asia, to my hometown in Vietnam. The city is struggling with climate change, infrastructural and cultural challenges. The aim is to develop a new architectural vision that promotes more sustainable growth for the city.

How do you think the industry will change over the next decade?
As opposed to the architecture of the 20th Century, architecture today focuses on criticism of matter, coherence for sustainable growth of the city. Against the backdrop of exponential technological growth, the political and artistic dimensions are leaning towards freedom and individualism. With the rapid change of our society, I believe the role of the next generation of architects is to respond to a larger spectrum: from large scale to medium scale and to small scale, all in one.

Perhaps it is never a linear process. Architecture, while still need to engage with new technological innovation, the focus should be on the aspect of flexibility both in the design framework as well as the actual design artifacts to transform the built environment to become increasingly adaptive and sustainable. 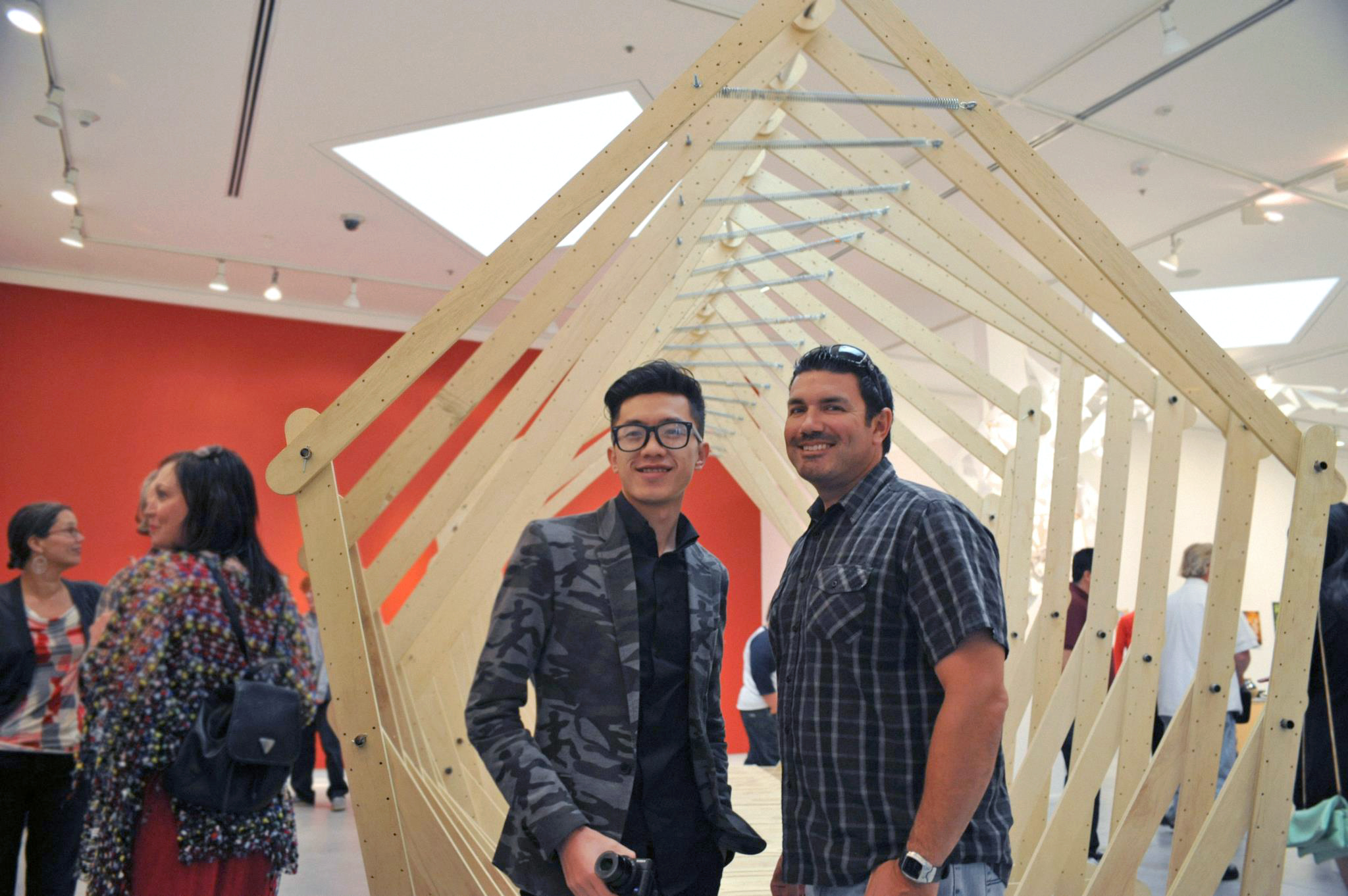 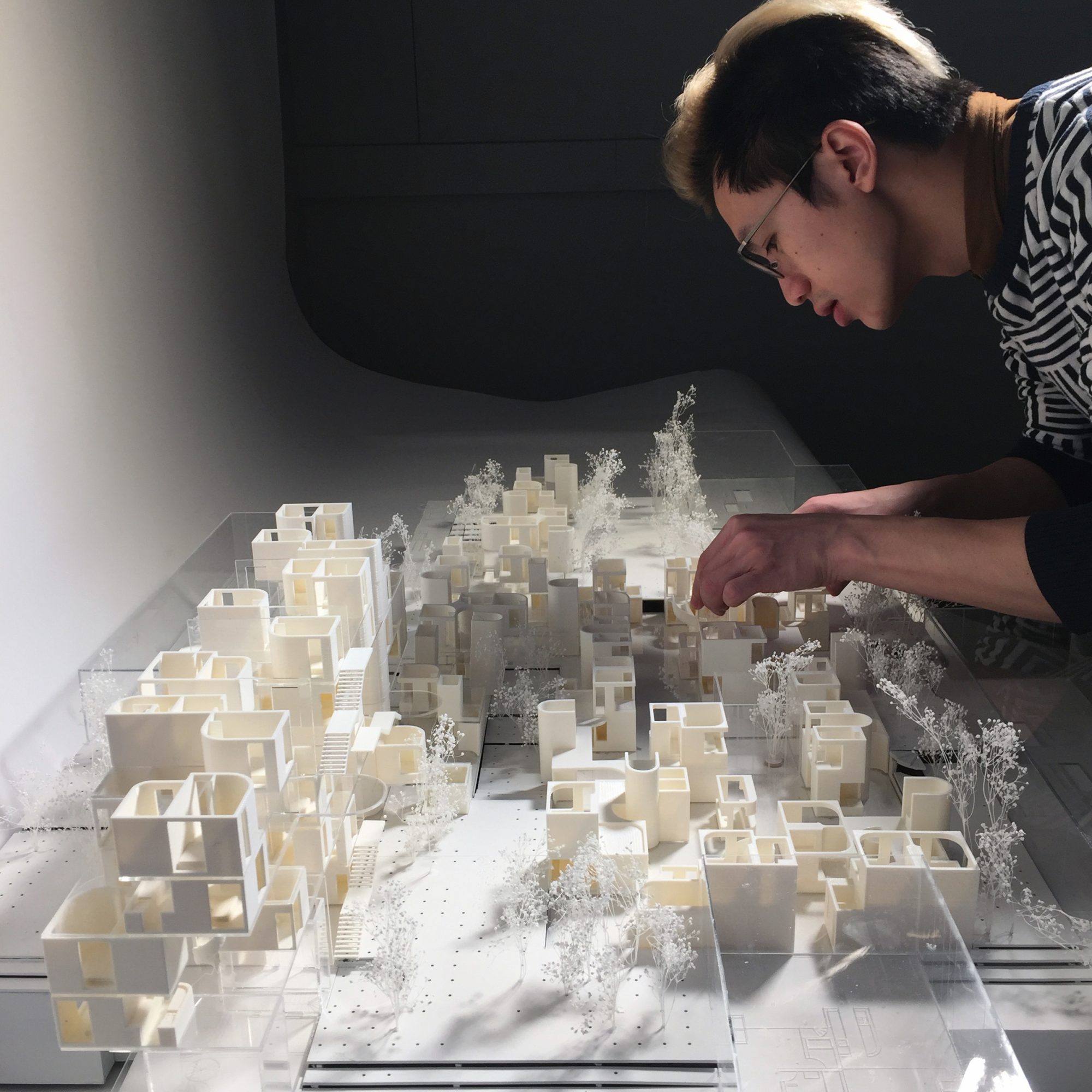 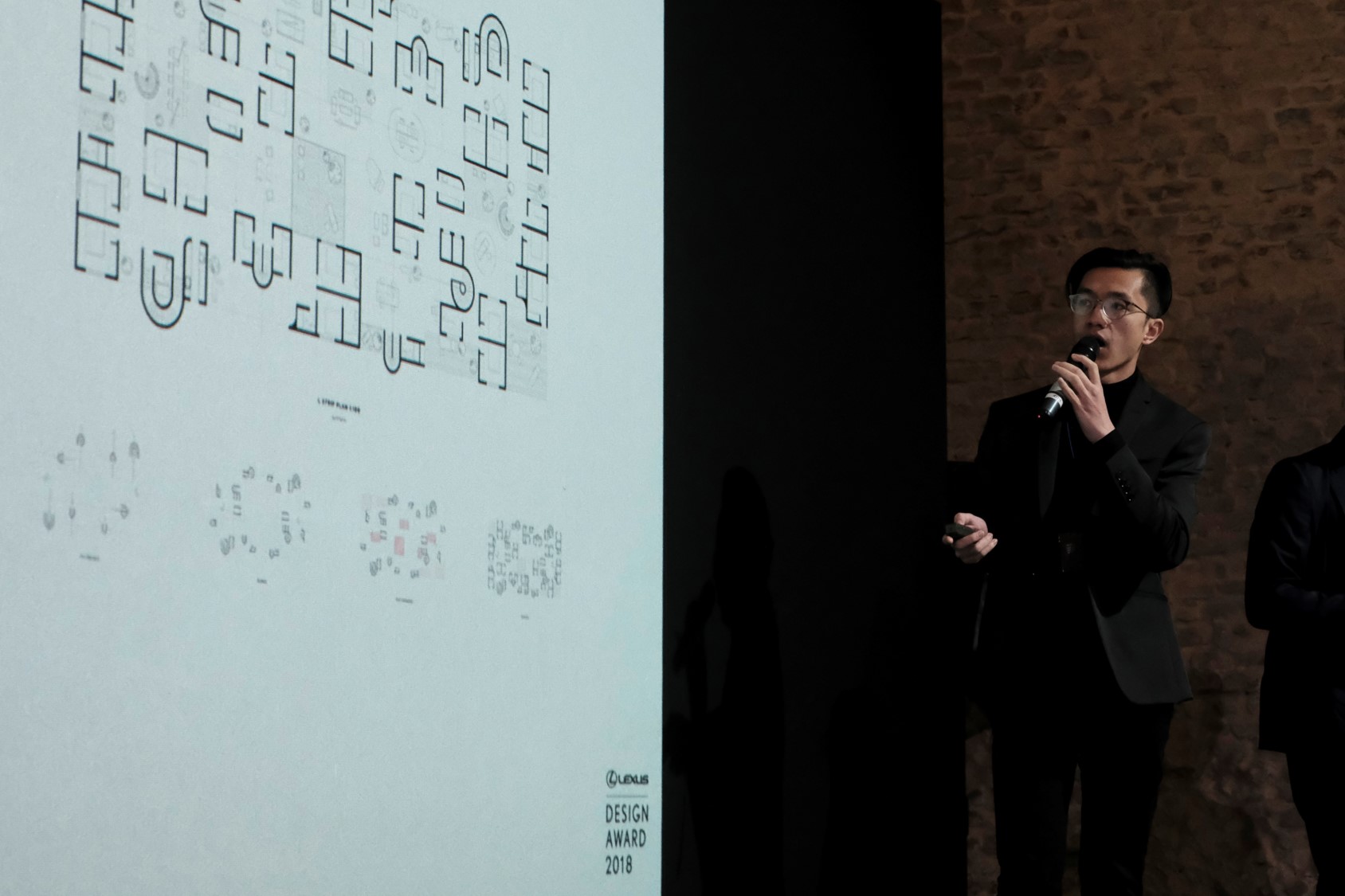 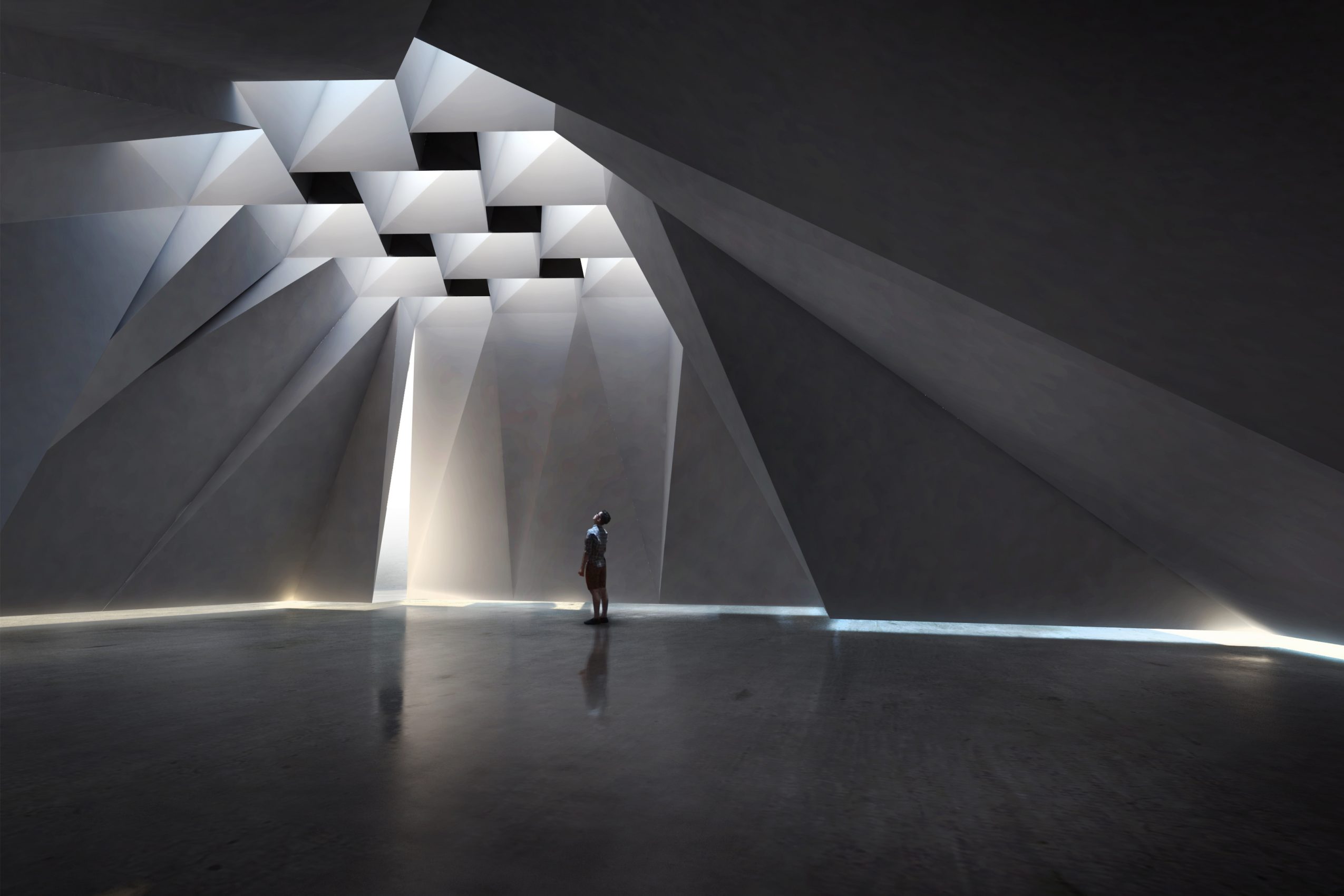 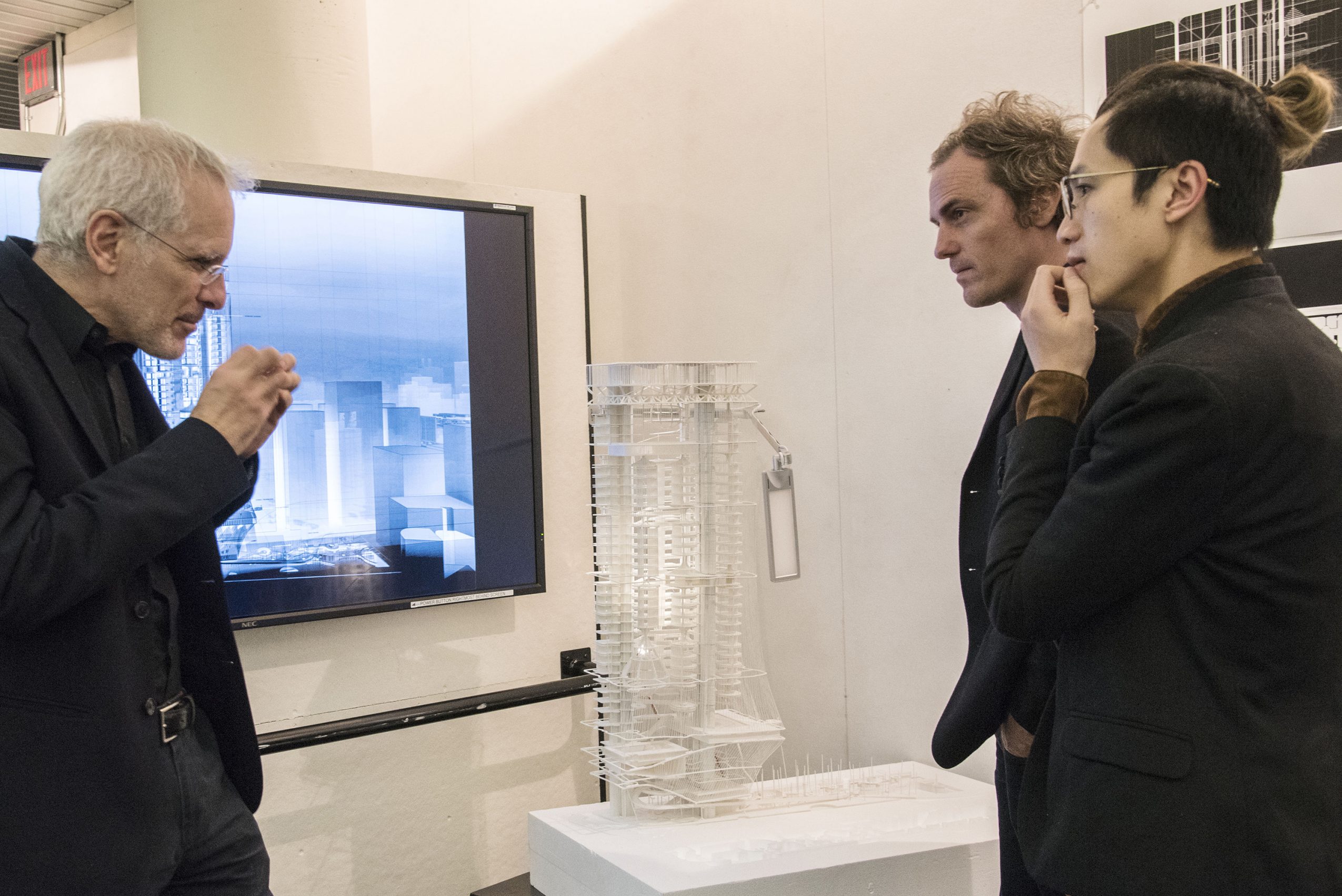 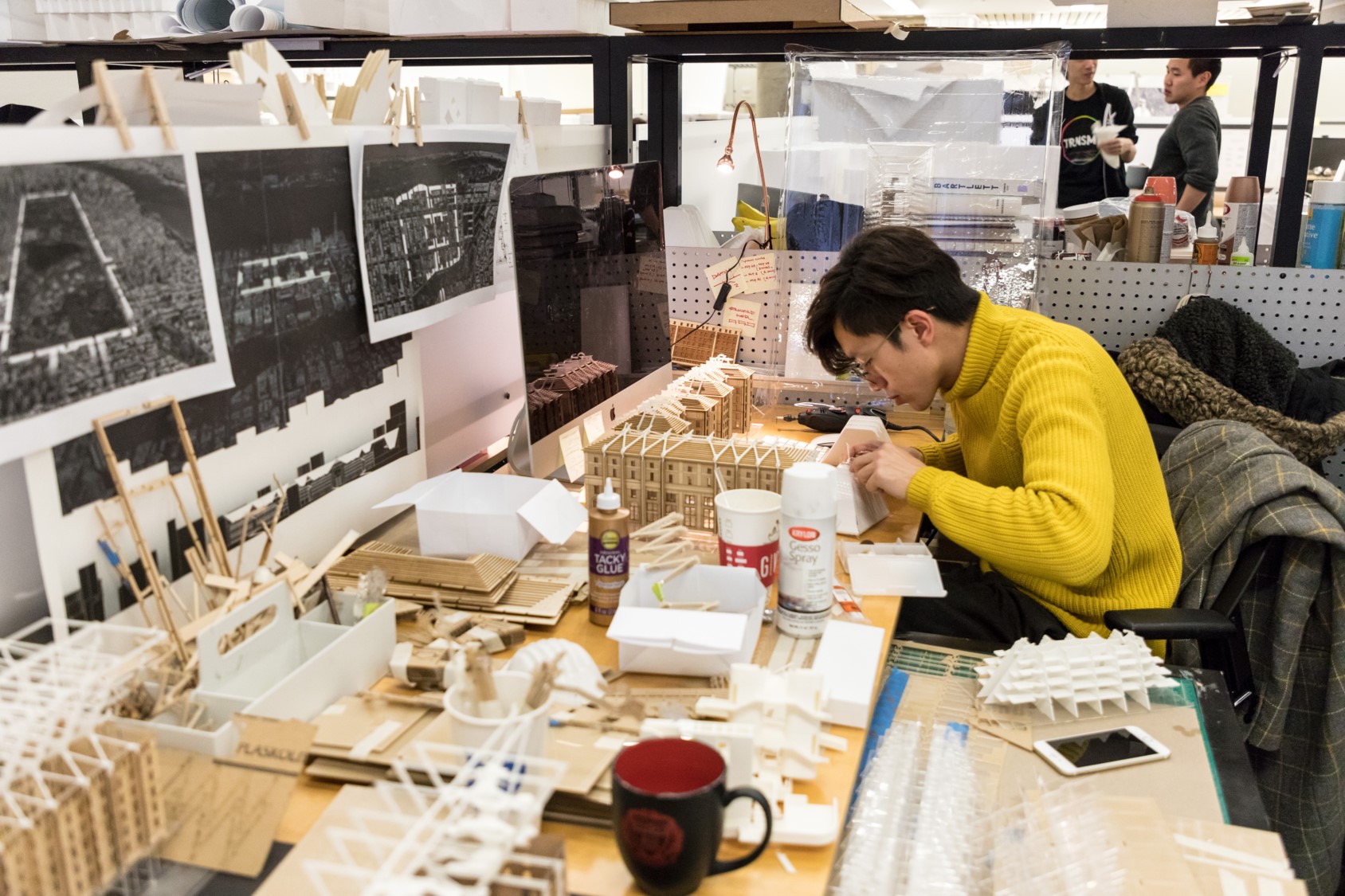 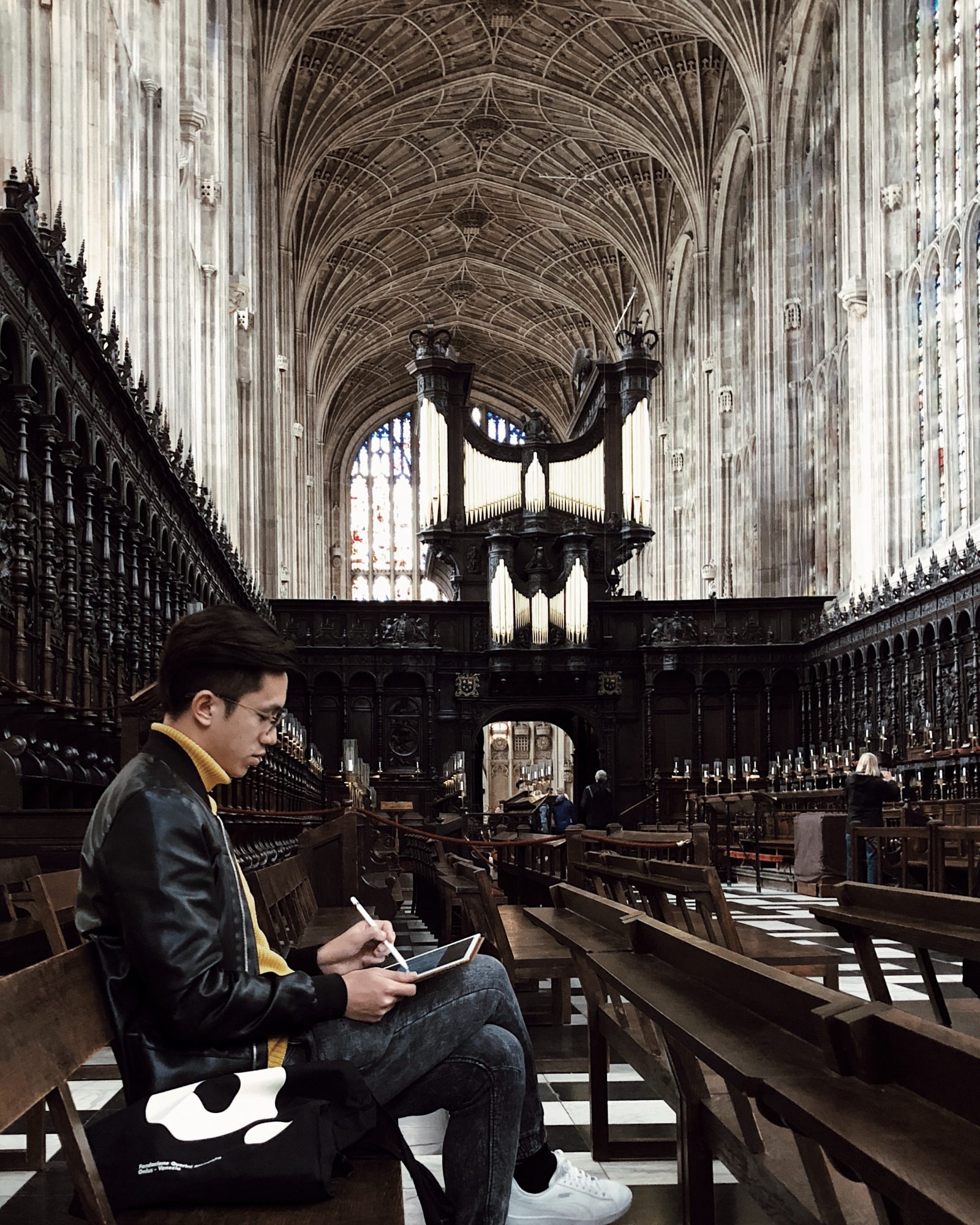 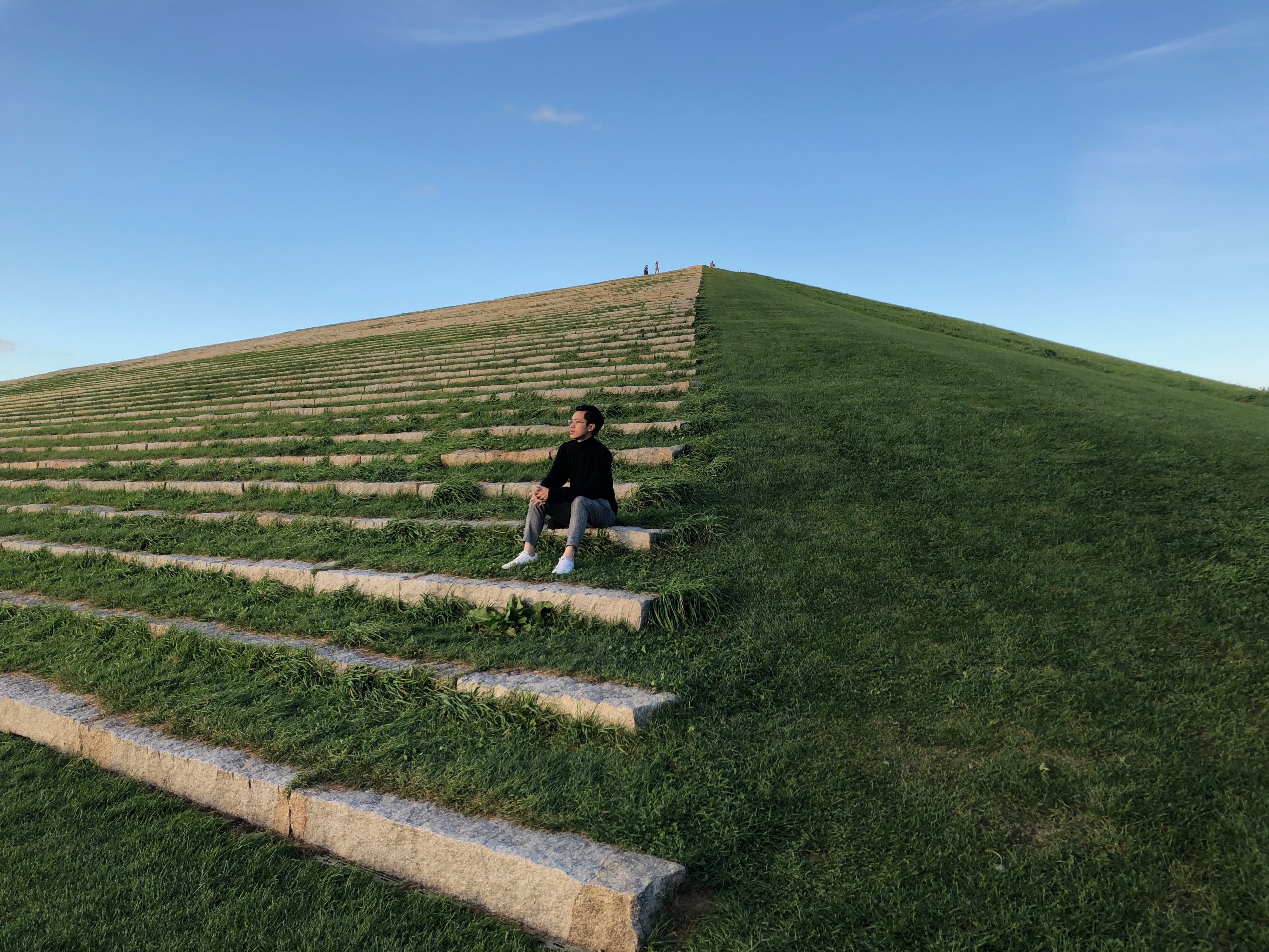 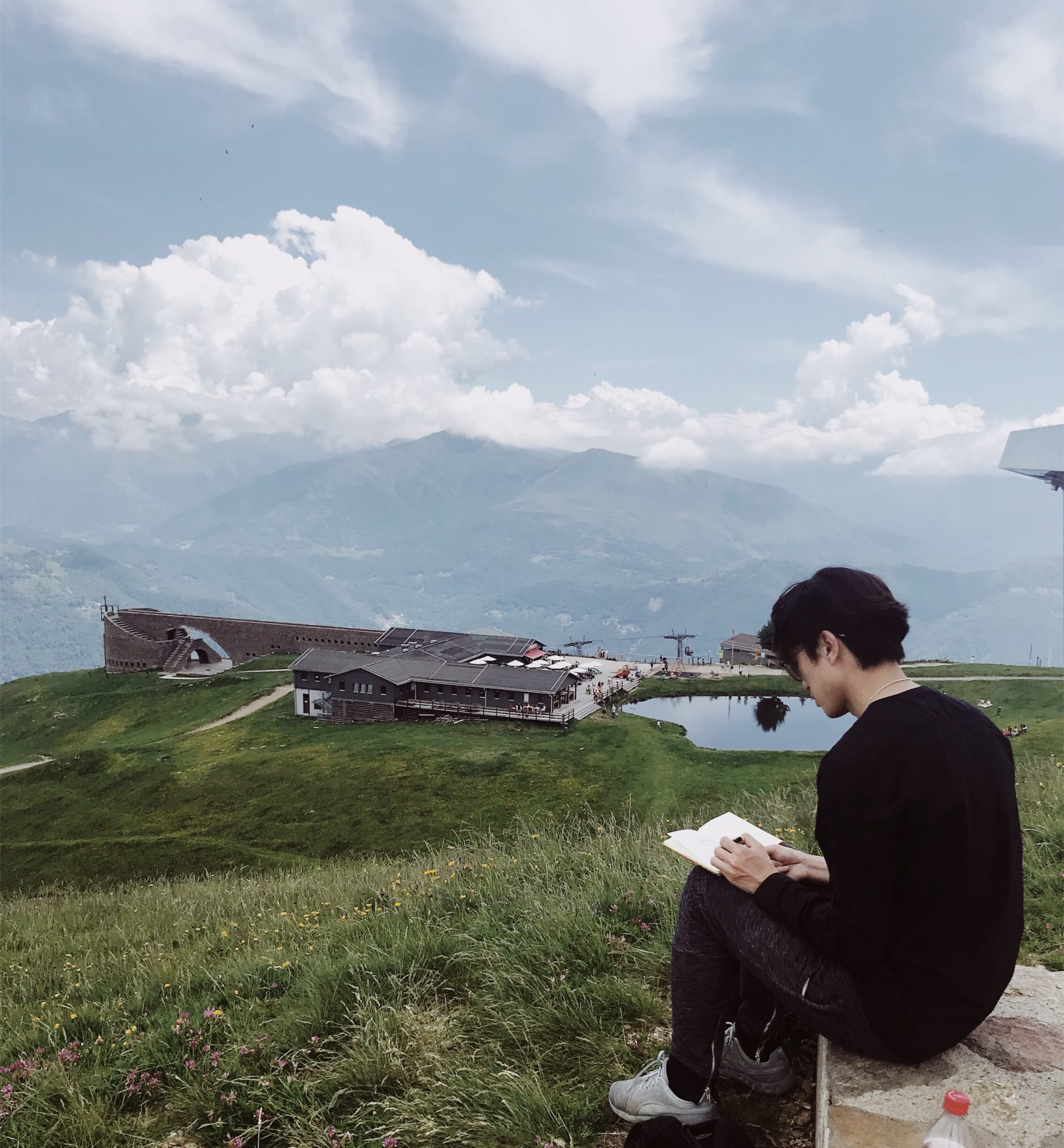 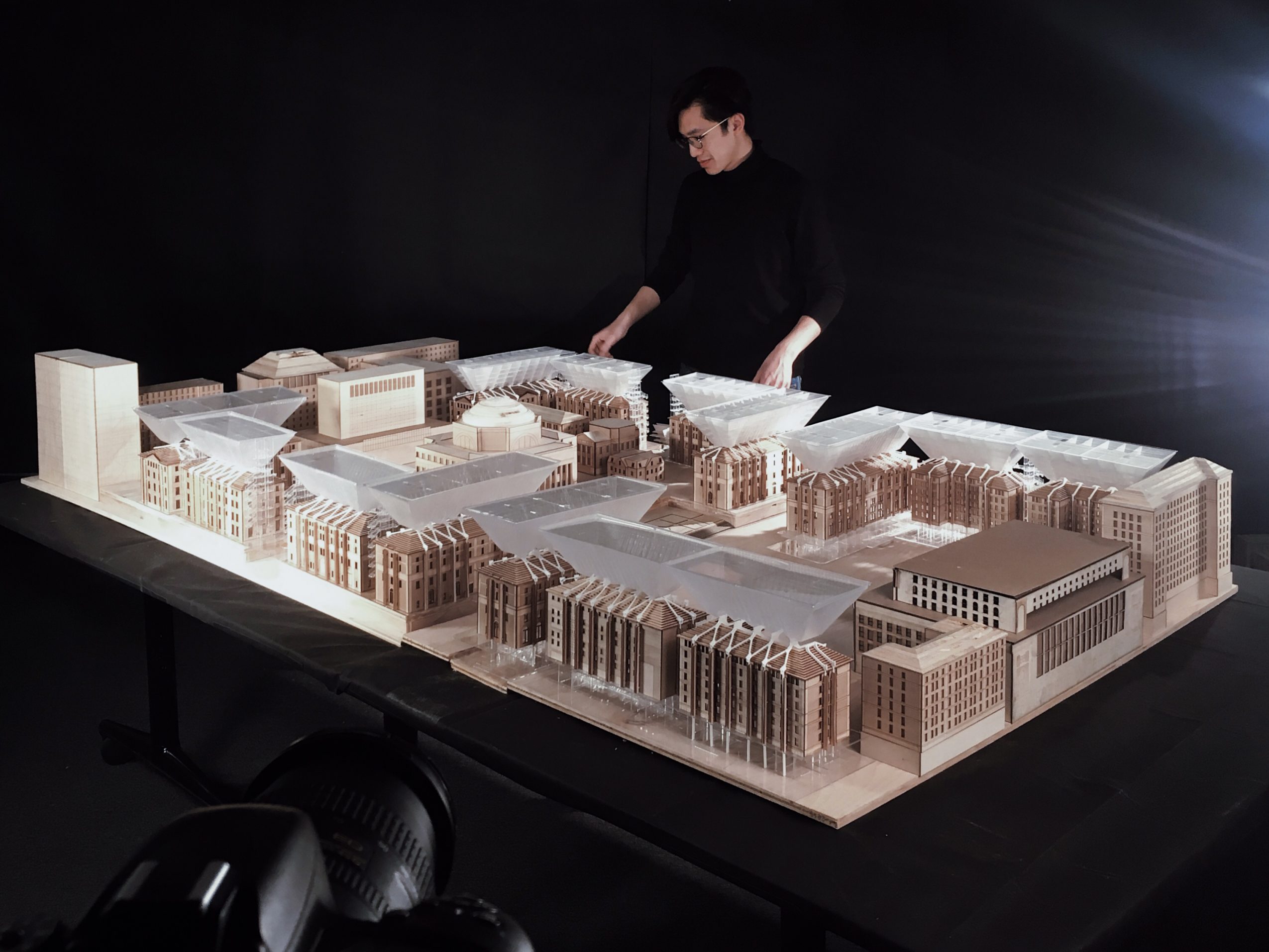