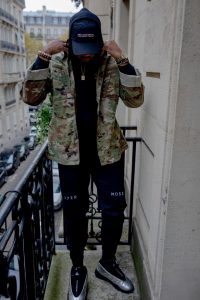 Today we’d like to introduce you to Kevin Laurent.

Kevin, please share your story with us. How did you get to where you are today?
I’m Laurent, a New York City born Songwriter, Recording Artist, and Fashion Curator currently residing in Los Angeles, California. Raised in the South Bronx, I was heavily influenced by 90’s Hip Hop and R&B acts such as JAY Z, Aaliyah, and Jodeci. Starting my career writing songs at the age of 16, I would define my music style as a distinct combination of melodies and sharp, clever lyricism. I started performing live at the age of 21, after the release of my first project “Center of Attention”, (a conceptual album surrounding the rise and fall of an artist after embracing fame) garnered critical acclaim from local audiences in 2011. I moved to California in June of 2014 in search of a fresh start and new inspiration.

As of recent, my music has been inspired by more visual art and fashion, citing the work of Fashion Designer, Virgil Abloh, as well as the Saint Laurent and Dior fashion houses as definite influences. In Los Angeles, I’ve been engaging in collaborative work with other creatives, organizing and producing lush, fashion-driven visuals to back my music’s international and chic appeal. My travels abroad to London and Paris have piqued my interest in starting my own clothing brand, Pas De Photos, which translates to “no photos” in French. Pas De Photos is an entity under Vital New York, my company with my manager, Lee Williams.

Great, so let’s dig a little deeper into the story – has it been an easy path overall and if not, what were the challenges you’ve had to overcome?
The biggest challenges for me have been keeping to my aesthetic and successfully executing ideas with others in different time zones. I think it’s really important to flesh out your brand visually. The better you can envision it, the easier it is to convey to someone else. Aesthetically, I draw a lot of inspiration from how the major fashion houses compose their digital marketing campaigns around their collections, for example, how Anthony Vaccarello puts together digital content for Saint Laurent.

I’ll express my ideas to my team, compiled of individuals from New York, London, France and Germany, and Lee and I will delegate tasks based on the initiatives agreed upon in our monthly conference calls, including designing merch, music and visual content production and fabric sourcing. Finding the time to arrange these calls, follow up on tasks and keeping a rapport with individuals you interact with virtually have been some of the greatest obstacles we’ve faced and managed to overcome through consistency and transparency.

Please tell us about Vital New York.
Vital New York specializes in songwriting, music production, fashion merchandising and e-commerce. The company is primarily run by two individuals: myself and my manager, long time friend and business partner Lee Williams. As the songwriter, I focus on music output, creating references of records for other artists based on production sent to me from different sources. As the musician, I also create songs and projects on behalf of myself that are executively produced by Lee and released to major streaming platforms. As a fashion curator, I’ll come up with concepts around the music I create and use aspects of those concepts to conjure up ideas for merch designs with Lee, who will ultimately create the templates for the merch. At times we’ll reach out to graphic designers in our network to help with designs based on our concepts as well. We host an online shop where we sell those products to consumers all over the world.

Honestly, I’m most proud of the fact that me and Lee were able to come together to create everything we have going for us at the moment. We’re both from the Bronx, we both come from very humble beginnings, being only children to single mothers; it took a lot of persistence and perseverance to get where we are with this company and to be able to get things done while being 3000 miles away from each other on a daily basis is a beautiful thing. What sets us apart the most is our attention to detail. Being a perfectionist is a gift and a curse. There have been times where we haven’t released music or merch in years, tediously fine-tuning it to perfection. Going back to us being so transparent with each other, we were able to acknowledge our faults and have managed to improve our organization and preparation processes to efficiently execute our ideas in a timely manner.

Do you look back particularly fondly on any memories from childhood?
I started writing music at the age of 16, but I vividly remember having freestyle battles at my cousin Juice’s apartment back in the Bronx at the age of 12-13. I recall this moment in my song “Basement” off my Resort EP that dropped last year, but it was me, Juice, my other cousin Dub Aura and his brother Rafe. I remember us all sitting quietly in the room with our notepads and a prearranged battle schedule. I battled Juice first round while Rafe battled Dub. Dub and I won our first rounds and got matched up together for the final. I remember reciting my verse for that last battle and him having the better pen back then, he acknowledged my efforts but I didn’t get the W in the end. That’s probably my most prevalent memory from when I was younger, being with them in that moment before any of this was that important. 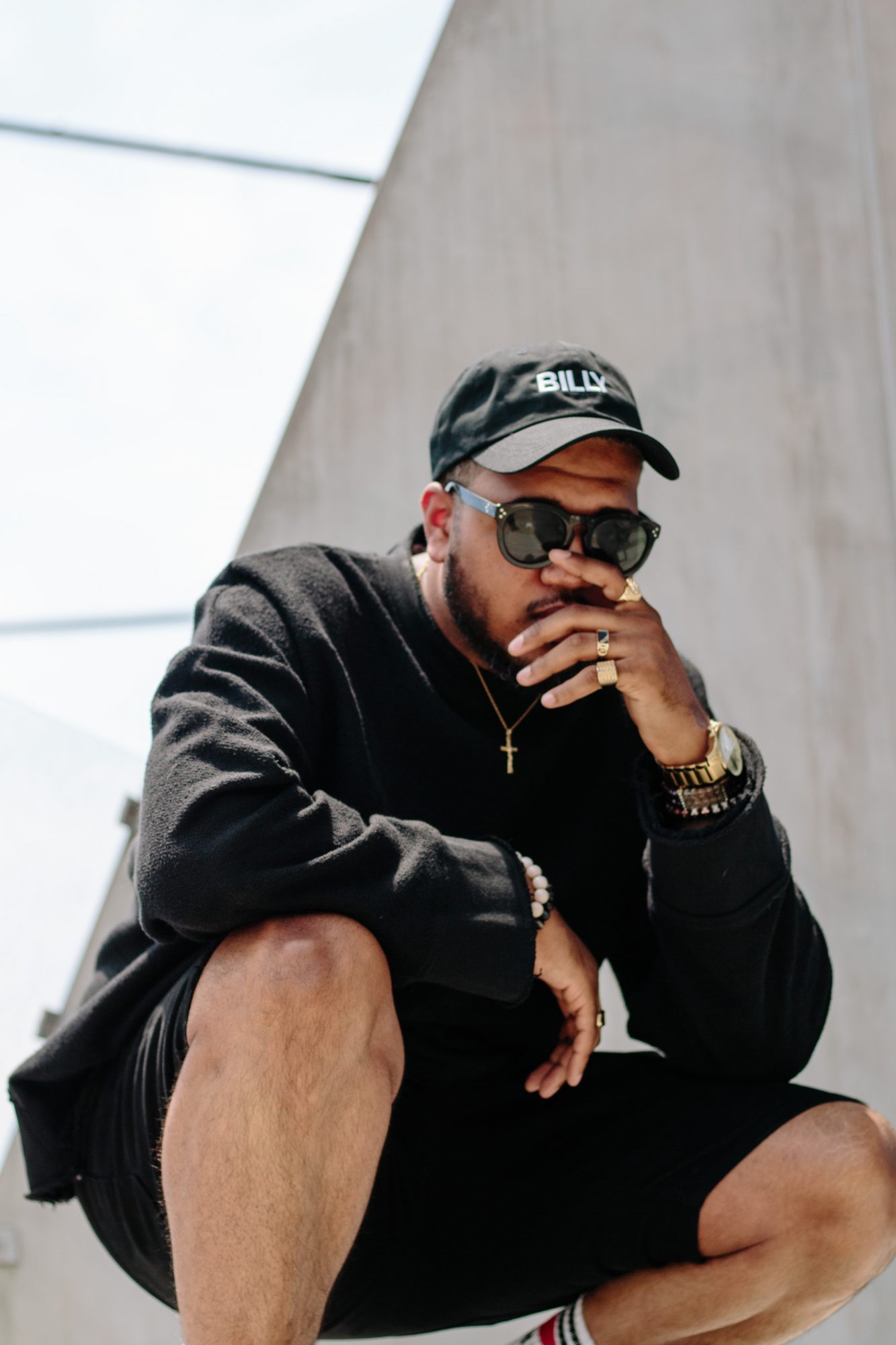 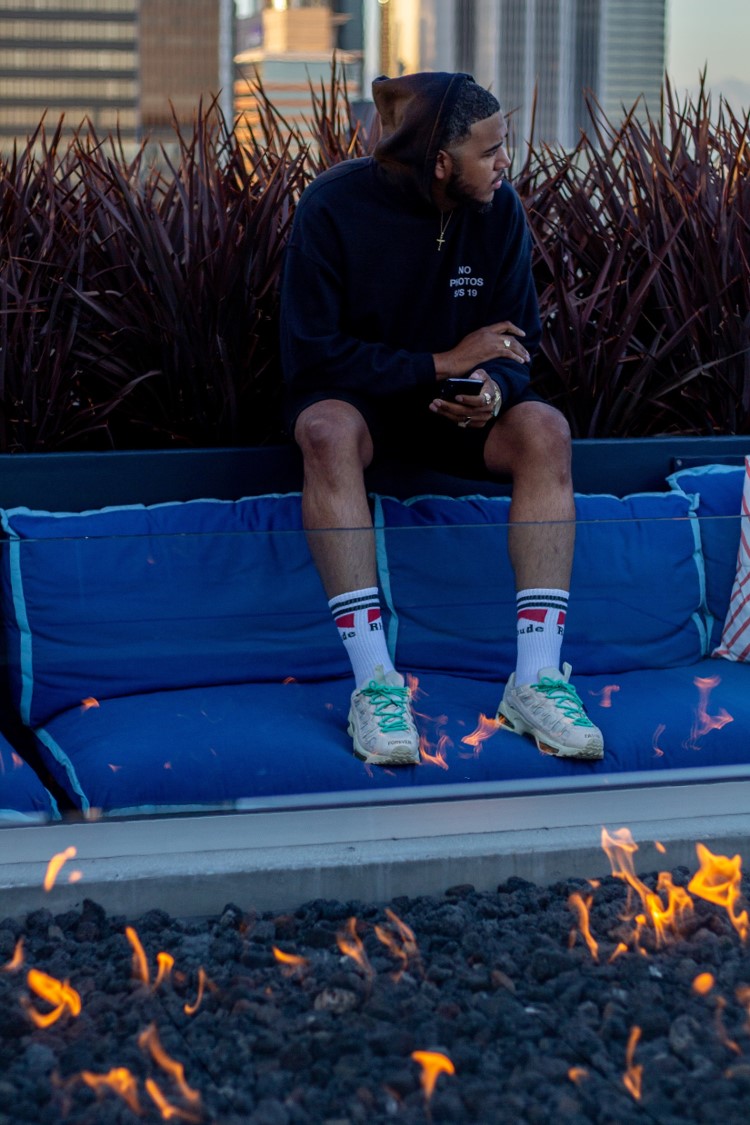 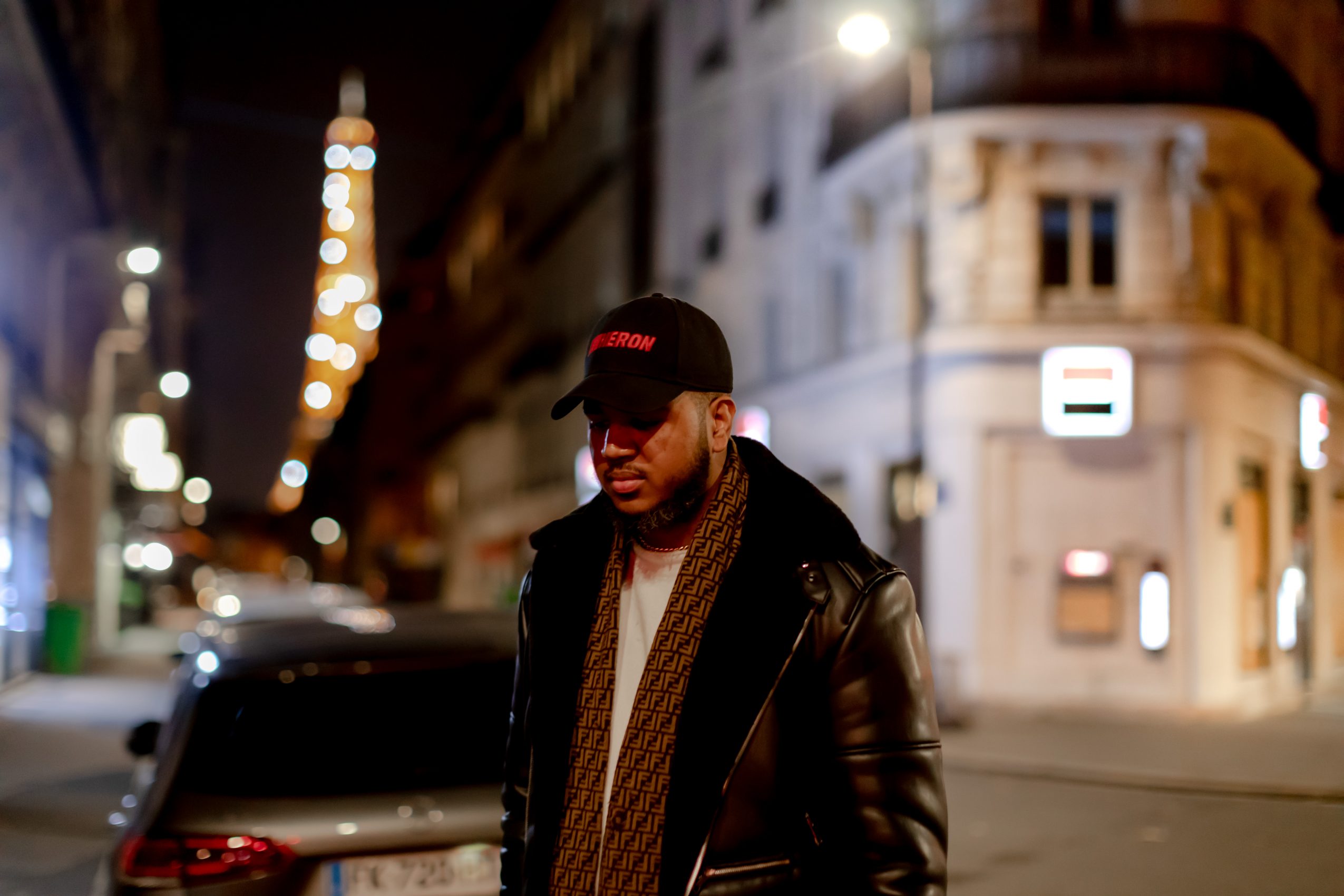 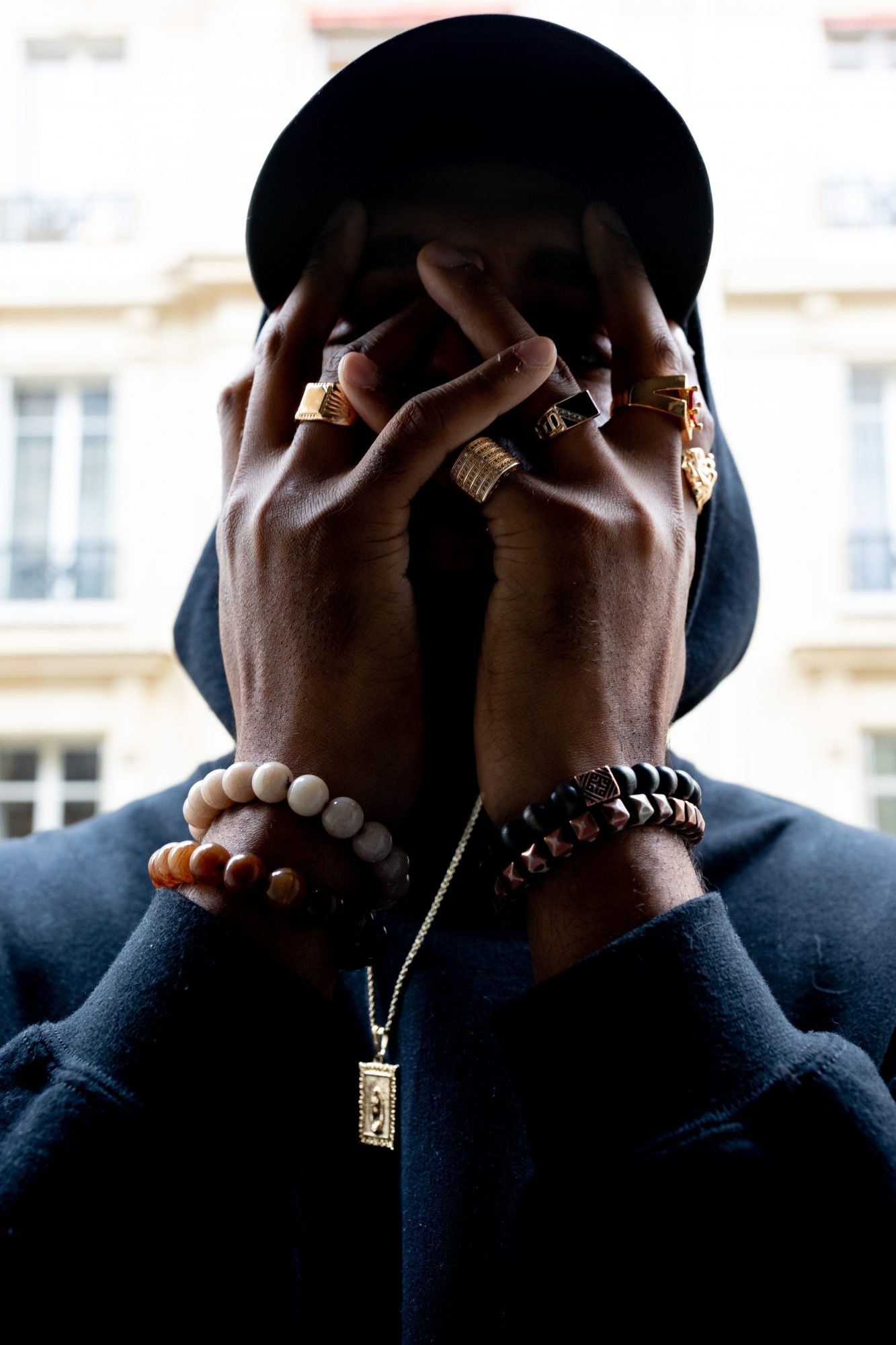 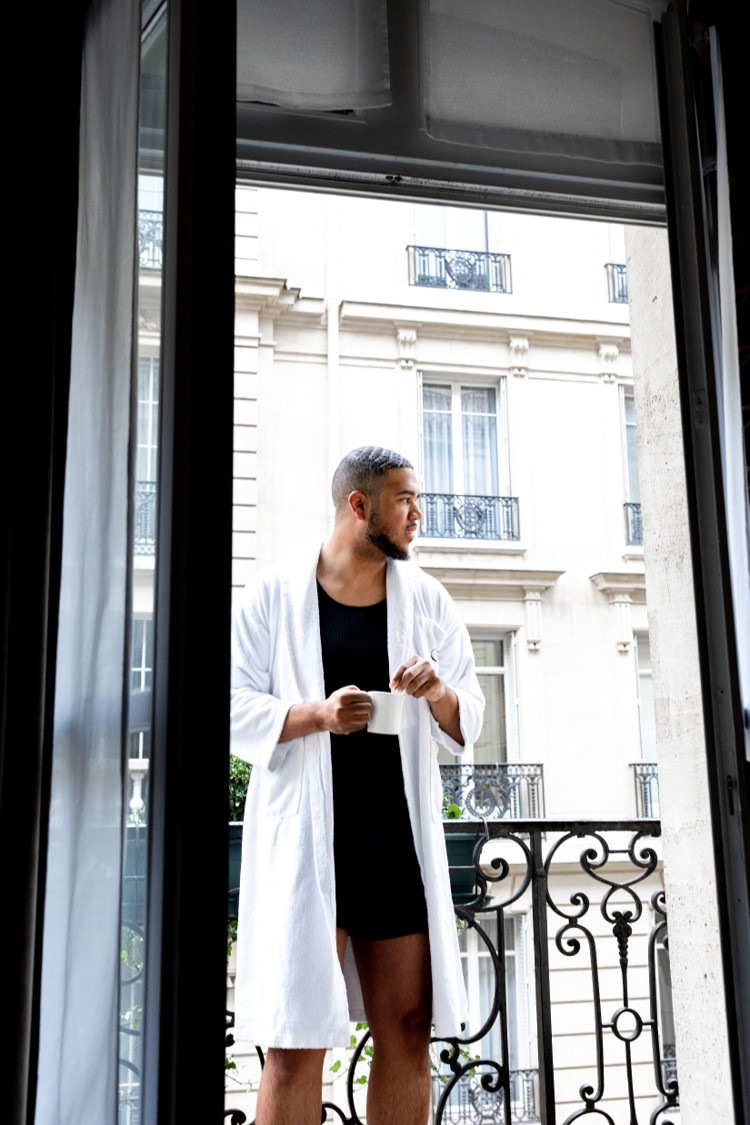 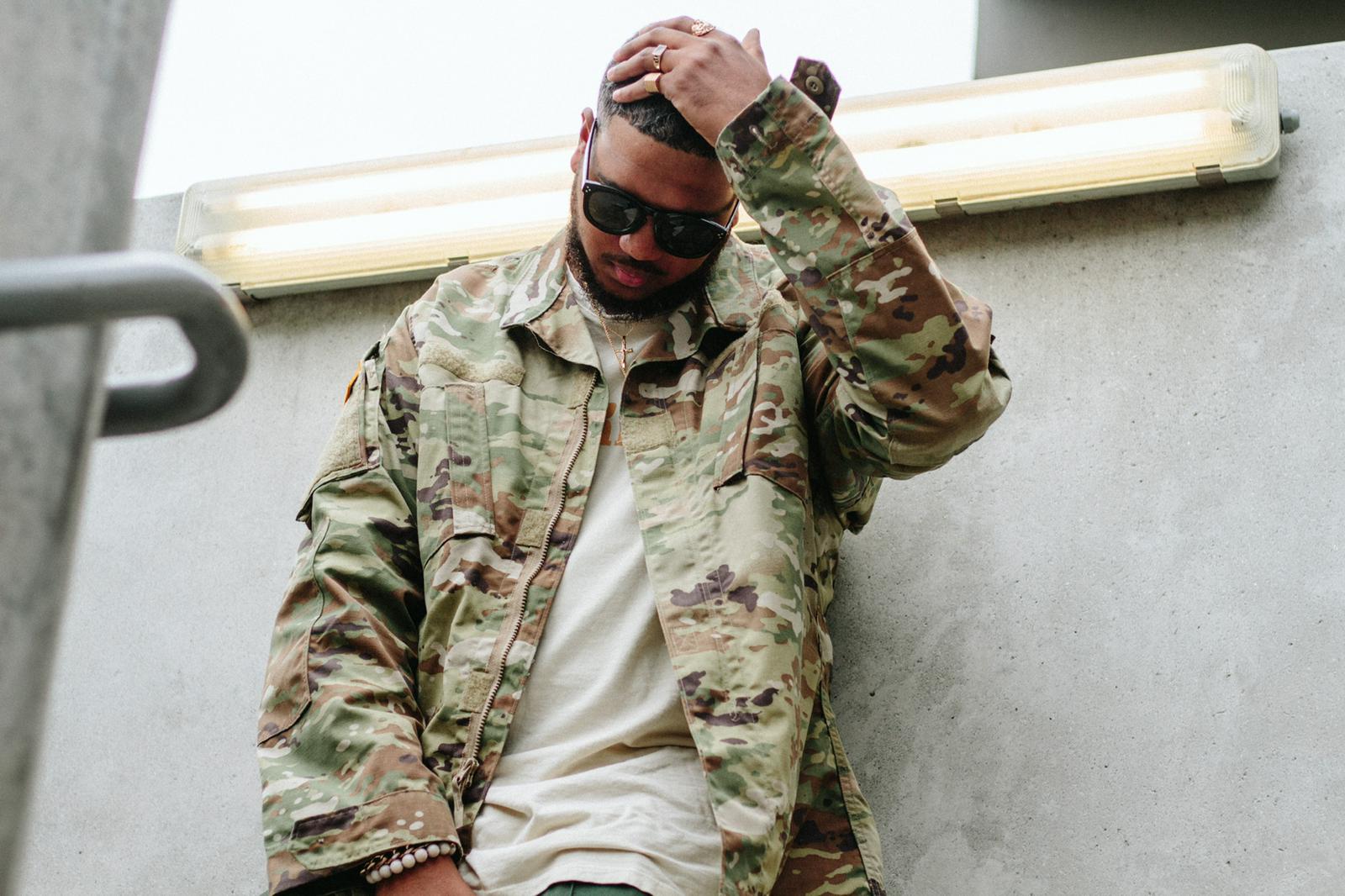