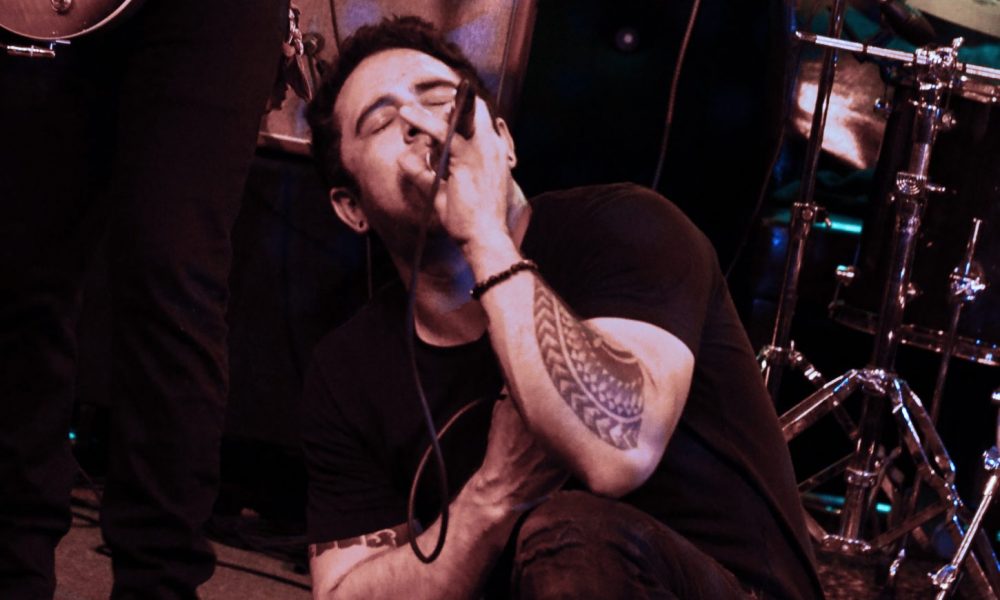 Today we’d like to introduce you to Kevin Kelpin.

Kevin, let’s start with your story. We’d love to hear how you got started and how the journey has been so far.
I was born and raised in Colorado with a life long passion for music starting out as a classically trained pianist at age seven. At 15 years old, I discovered that I could sing and play Elton John very well. It opened the flood gates for a new way of perceiving music, and ultimately became my calling for creative expression. I discovered a voice that hadn’t been unleashed yet, and it forever altered the course of my life.

In 2005, I moved to California in pursuit of a career in music at age 19. I took off in my ’94 Pathfinder packed to the brim with music equipment and clothes. After sleeping on my uncle’s couch for a few months, I found a studio apartment on the insanely busy corner of Franklin and La Brea in Hollywood, CA where I would start my LA music journey. I was bright-eyed and bushy-tailed. The apartment complex was a classic courtyard style with a swimming pool in the middle and an endless revolving door of young aspiring musicians, actors, film directors, photographers, etc. It was a fountain of inspiration, specifically, it became the name for both my band (Franklin Manor) and a stray kitten that wandered into my life that I still have to this day (Franklin).

I started attending Musicians Institute in 2009 and put together a four-piece rock band to make my first record. I had been writing songs for years up to this point and all I needed were some pro players. Fortunately, the apartment complex was full of them, so I handpicked every member from the complex and started a family. That’s how I came up with the name, it only made sense to name it for everybody. We began playing big shows on Sunset (The Roxy, Whisky A Go-Go, and The Mint, to name a few) and the entire apartment complex would clear out to come watch us perform. They would come to our shows, show up as extras on our video shoots, and became a key part of establishing us on the LA music scene.

It was exciting to be loved and well-received in such a short amount of time. Us youngsters took full advantage of the party lifestyle and I was certainly leading the charge in that department. You could find me jumping off the 2nd story roof into the pool fully clothed at 3 in the morning any day of the week. The only person who didn’t like me in the complex was an old man that lived above me who threatened to blow my head off with his shotgun if I didn’t pipe down. I called him Old Man River.

After a few years of insane partying, it started to get too heavy for me. I won’t go into a whole lot of detail about it here, let’s save those stories for another day. Let’s just say that I moved to Beverly Hills with my actor buddy and checked myself into rehab in Venice Beach for a 30-day treatment. That decision forever altered the course of my journey.

Shortly after that chapter, I decided to start traveling the world, starting with Bali, Indonesia. This was the first time I had been that far from home and out of my comfort zone which shifted my worldview dramatically. I dove headfirst into deep spiritual and philosophical work (most specifically with A Course In Miracles). To make a long story short, I attended several transformational trainings and began taking a Master’s course to be an ICF certified ontological, ecological, and mindful life coach which I graduated from in 2014. My purpose had shifted into something much less selfish than what I had been doing in the previous years. Then, and now, it has become very clear to me that my life is all about what I give forth and contribute rather than what I can “get”. That particular distinction is something I carry with me every day.

After some time off, a lot of personal work and some previous success in the Hollywood music scene, I joined forces with a Grammy Award-winning producer/engineer to begin work on Franklin Manor’s new LP “Motive.” At that point, Franklin Manor had become “me” as the artist. This lead to my first tour of Japan in 2015, where we were well received in an international market. Then in 2016, I established a cooperative working relationship with long-time Artist/Producer Roman Marisak, in which we embarked on another new musical journey, ultimately becoming the new sound of Franklin Manor. The “Time and Space” EP (2018) was the first glimpse of what Franklin Manor was truly capable of, and that was creating a unique indie/electronic sound. This sound really touched our fans. It soon found itself on 95.5’s Frosty, Heidi and Frank show for a successful full week feature on the Stay or Go, Show.

Currently, the new single “BELIEVE” is the most experimental piece of this new electronic sound and an accurate glimpse of what lies ahead for Franklin Manor in 2019 and beyond.

So the point of my story is…. I battled for years with heavy alcohol use, drug addiction, anger, sadness, and every other fear-based human experience under the sun. I eventually learned that it’s a much deeper conversation when it comes to being a “victim” to alcohol and drug addiction. I was determined to learn what that was for me, so I put my nose to the grindstone for many years; studying, traveling, learning, practicing, and supporting others on their journeys. To this day it has forever altered my life. Being in a really dark place for a long time gave me the opportunity to see the light. I’ve grown to learn that I’m the author of everything that shows up for me, and I practice that daily.

Today, my music is more authentic than it has ever been, making it better as I continue to work hard on mastering my craft of singing and songwriting. I wake up with an enthusiasm for life like never before. I coach, I work, I make music, and my relationships with others have become the most fulfilling aspect of my life. Overall, I’m happy, abundant, and free. It took a long time to get here but with a shift in perception and a lot of hard work, anything is possible. We have the power to create the darkest of places, so why not use that power to achieve greatness?

We’re always bombarded by how great it is to pursue your passion, etc – but we’ve spoken with enough people to know that it’s not always easy. Overall, would you say things have been easy for you?
It most certainly hasn’t been a smooth road for me, but I wouldn’t change it for the world. None of it has been an “accident”.

The struggles along the way have always been with my inner self. The human condition. This notion that I’m separated from others and/or the world. Or that I don’t belong. Or that I’m different, therefore I am “less than” others. None of that is really true, and I made it up to be that way. I made it real for me for many years, therefore I suffered. I suffered until it became clear to me that I’m whole and complete. I have so much to offer and contribute.

Can you give our readers some background on your music?
I’m the singer/songwriter/pianist/co-producer as Indie-Pop Artist Franklin Manor.I’m most proud of the relationships I’ve established in the music industry up to this point. Currently, the relationship with my talented producer/engineer Roman Marisak is most valuable. I’ve learned how rare good collaborations can be, so I’m definitely proud of this one. What sets us apart? We’ve established a particular sound that is very unique. A heavily piano-based electronic pop sound that doesn’t copy or sound like anyone else. And although it’s electronic music, there’s plenty of organic performances and instrumentation which call for a nice blend that still fits in the modern world of Electronic music. The lyrics are deep, yet simple to understand and relate to.

Has luck played a meaningful role in your life and business?
I don’t believe in luck. I’ve learned that I’m the author of everything that shows up in my life. Taking ownership of that has been empowering for me. This notion that there’s a world out there happening to me is essentially what had me suffer for so many years. 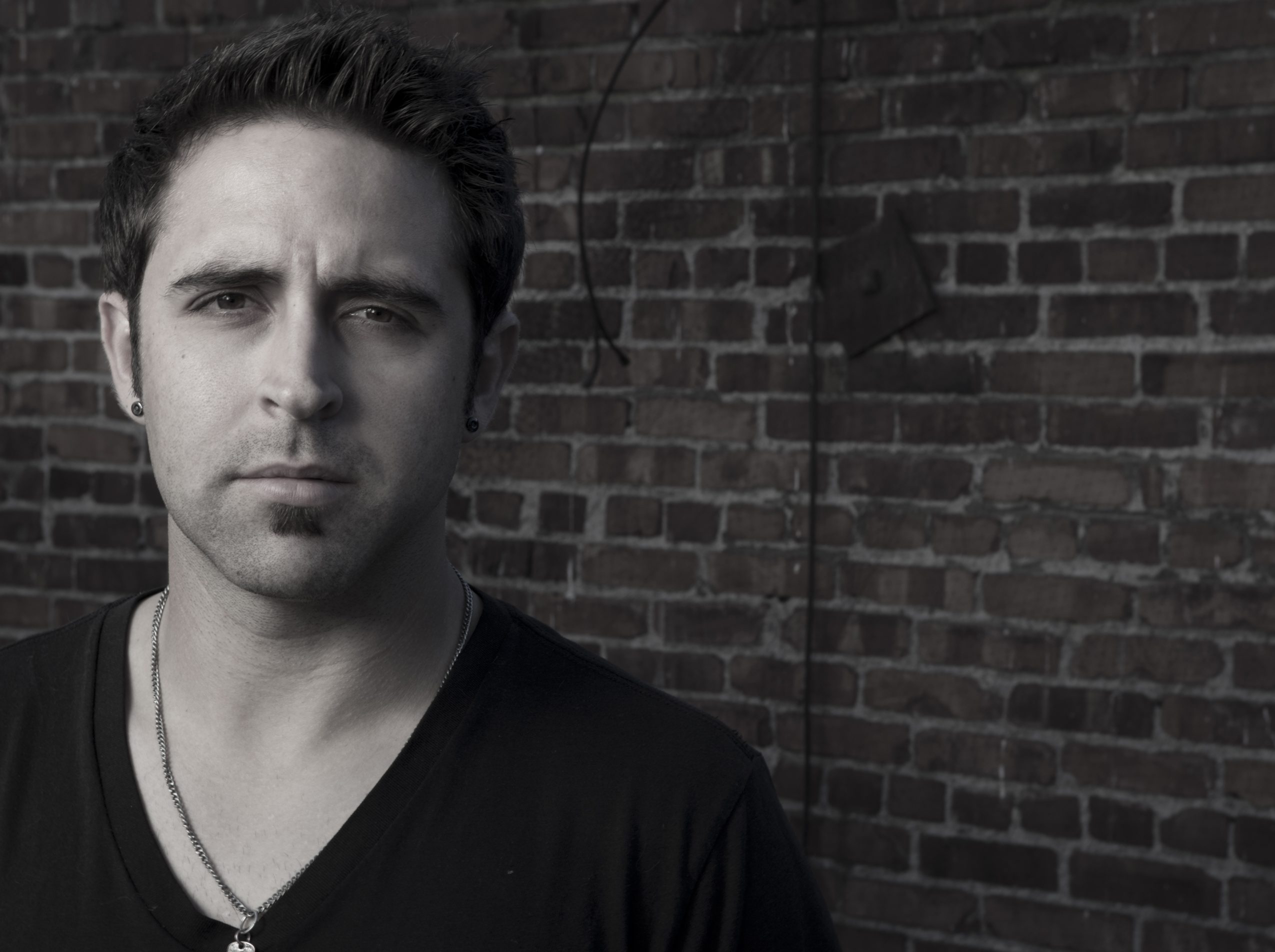 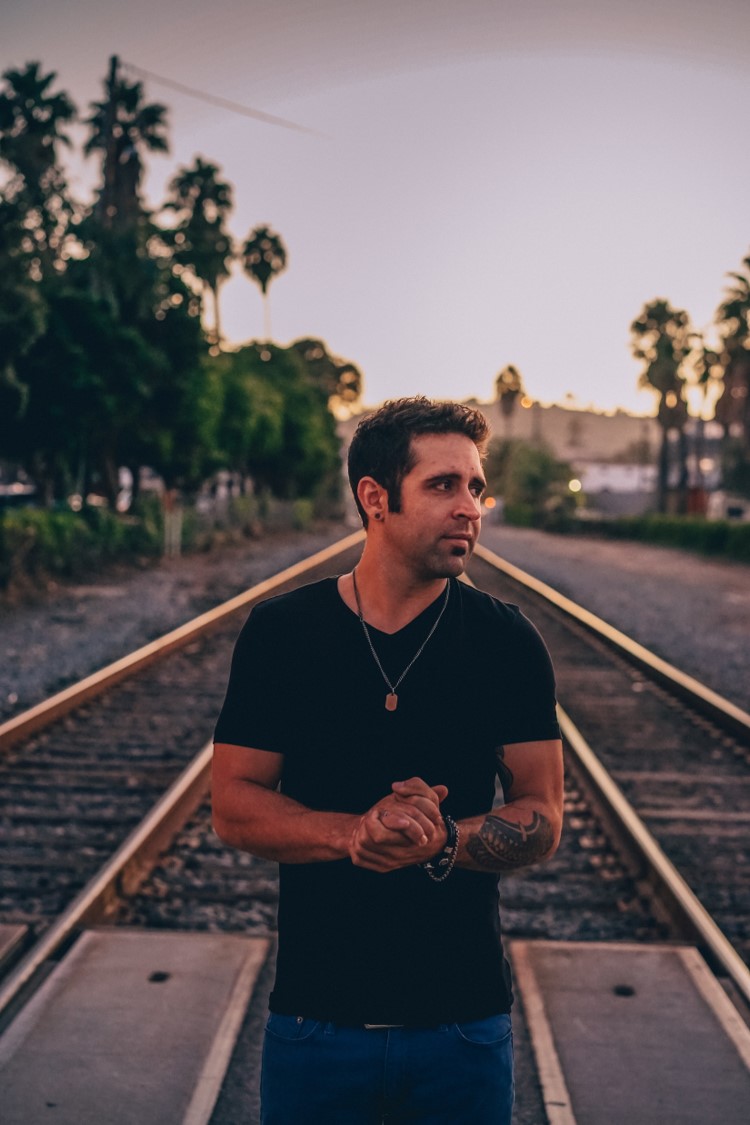 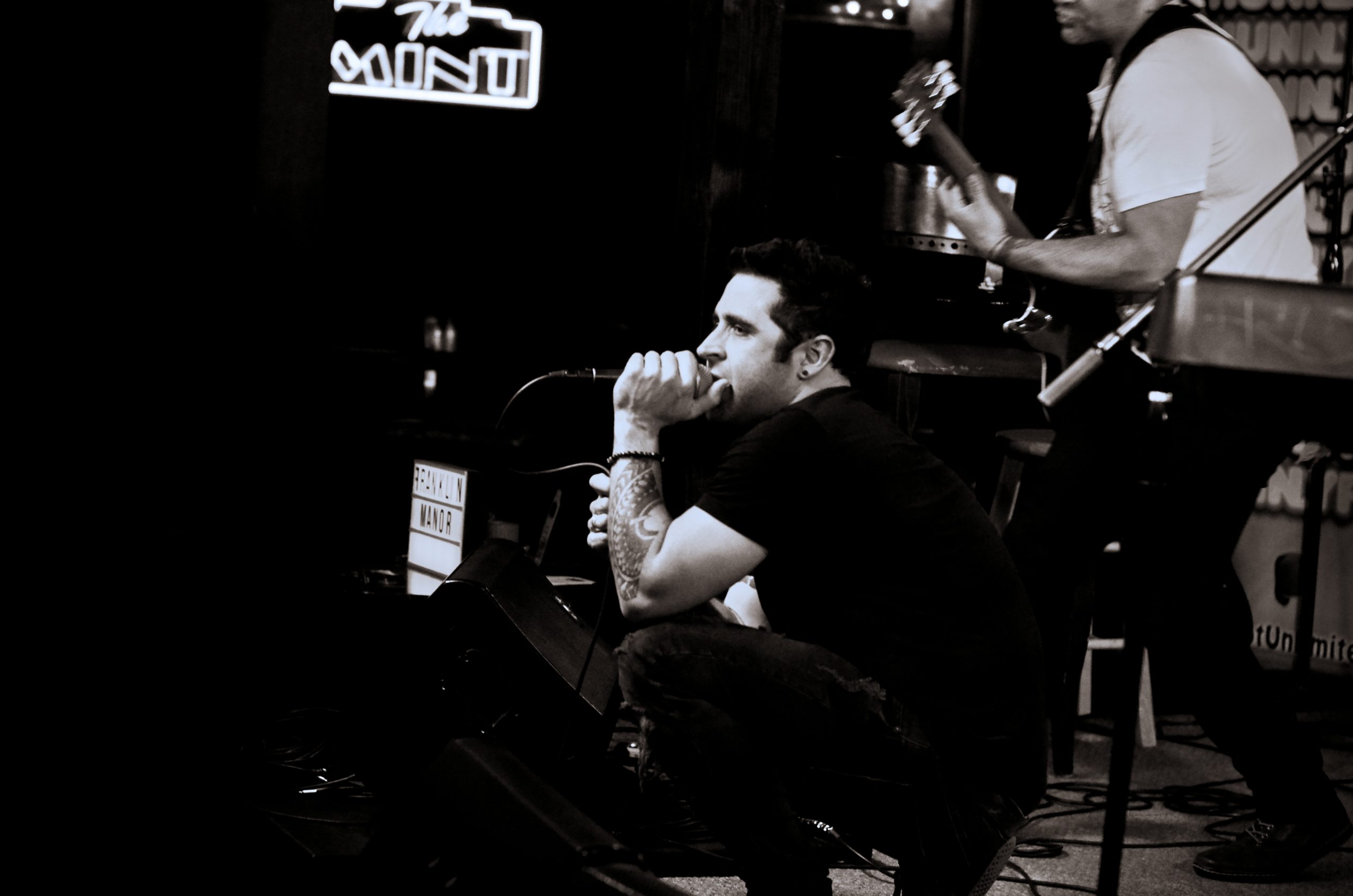 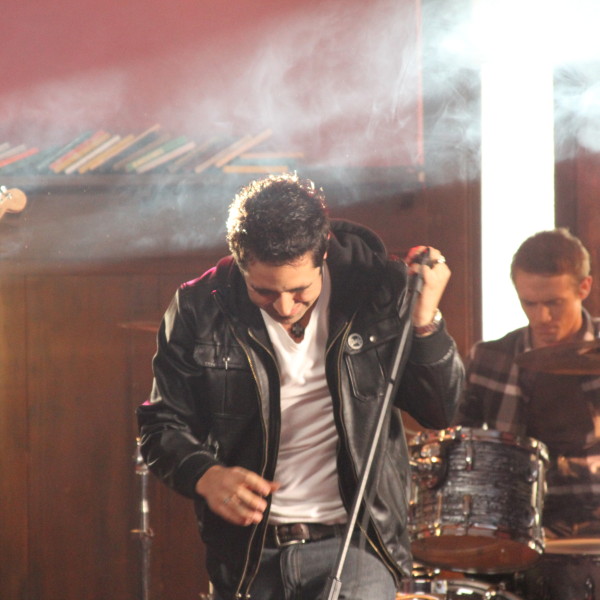 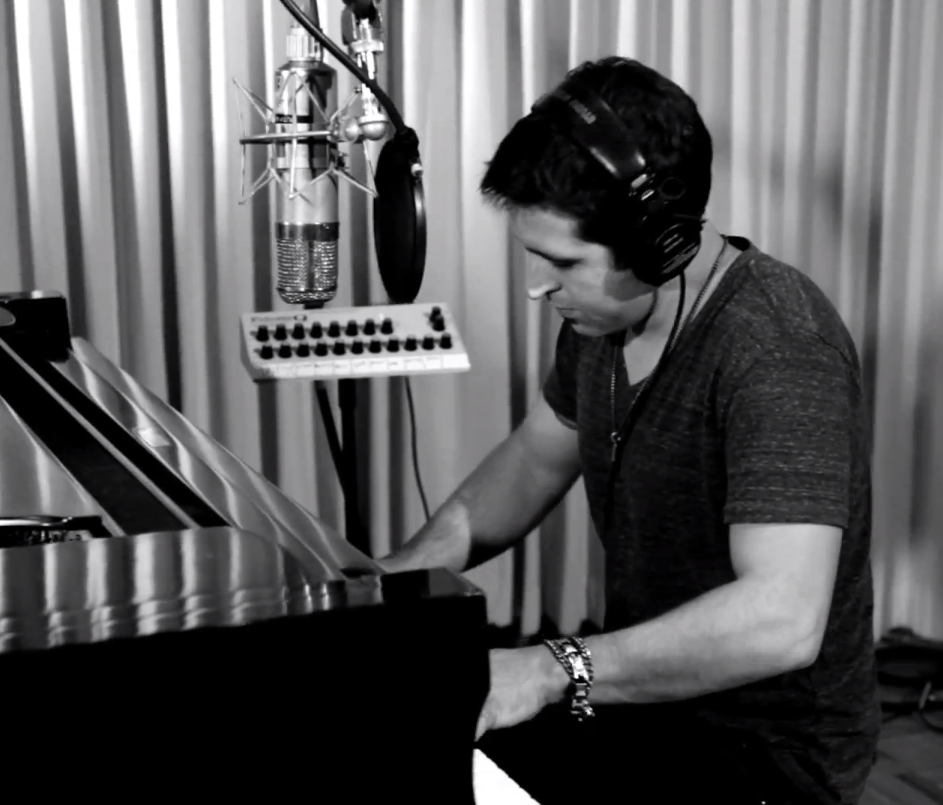 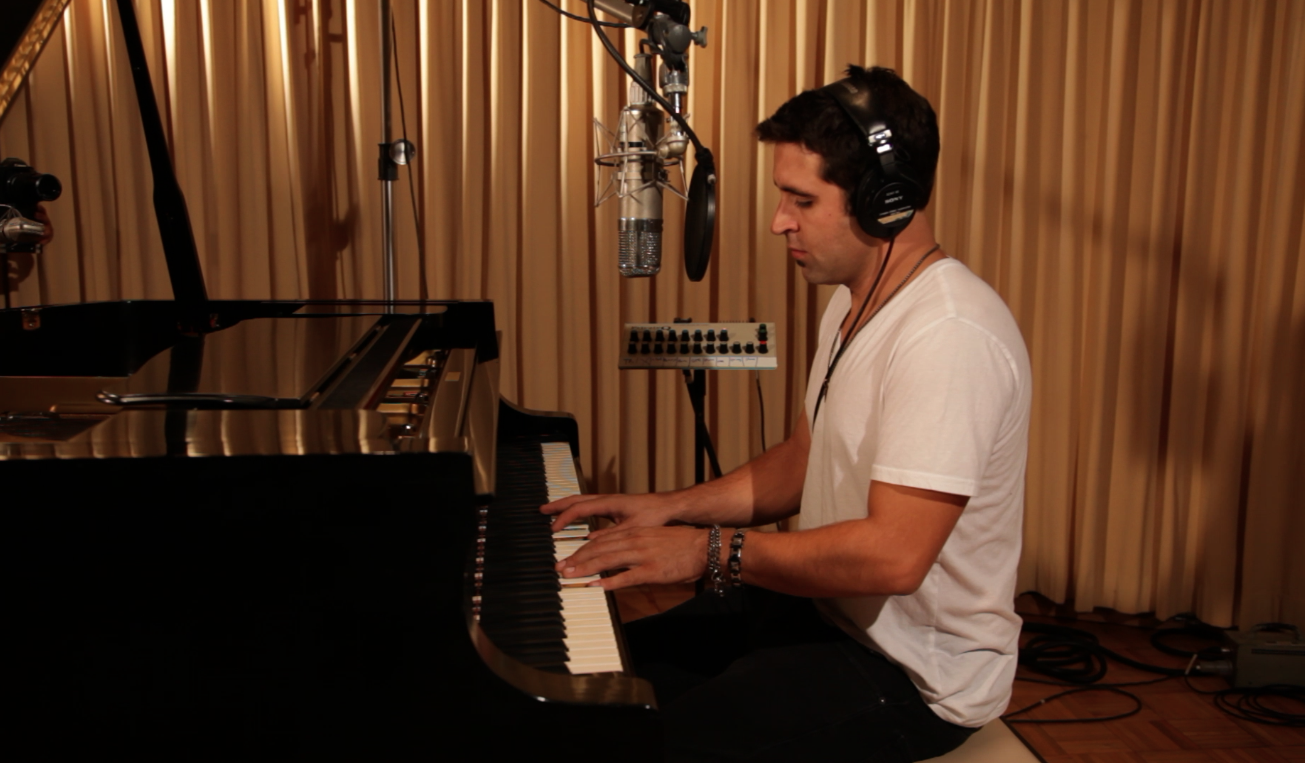 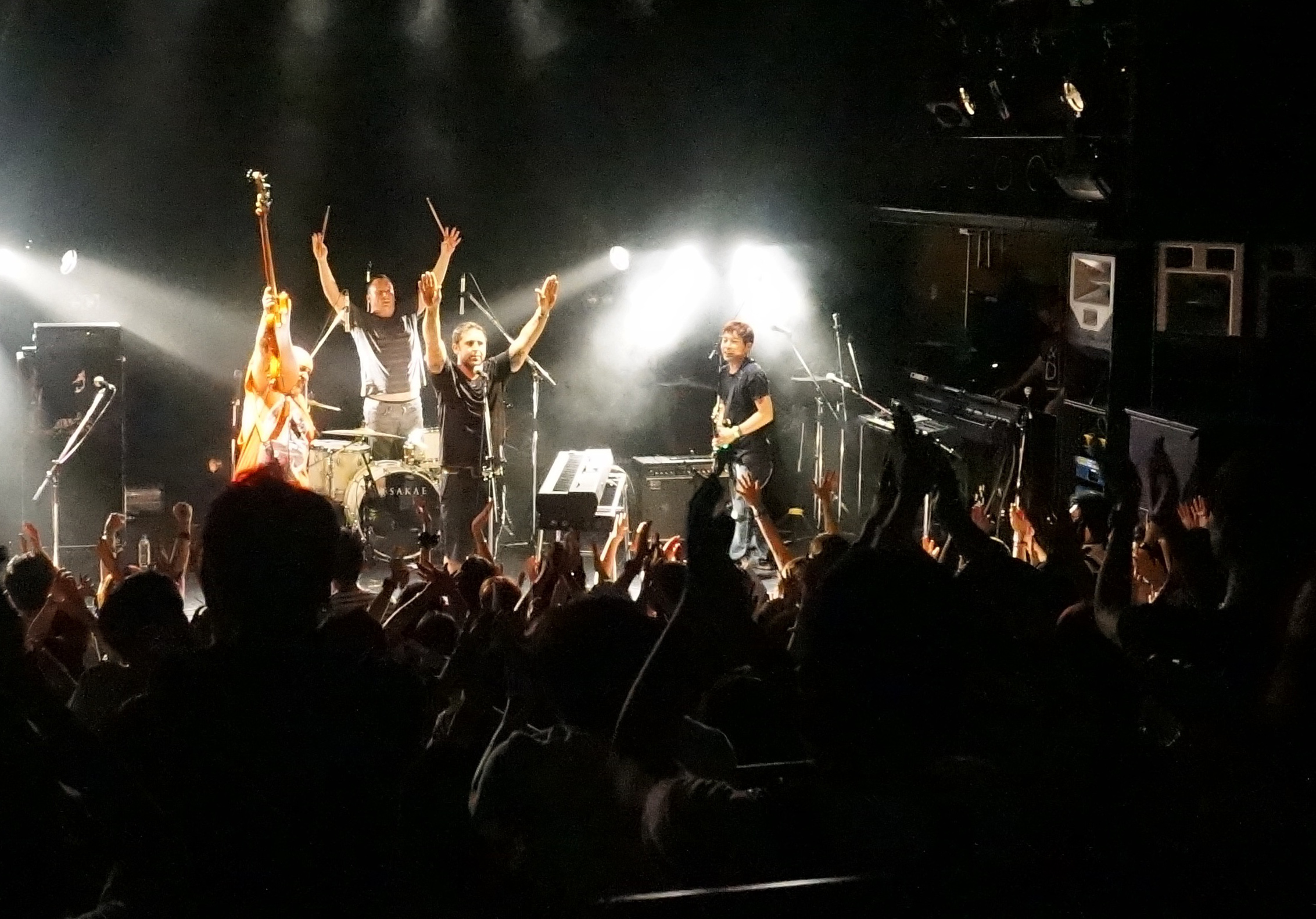