Meet Kerry David of Over And Above Africa in Playa Vista 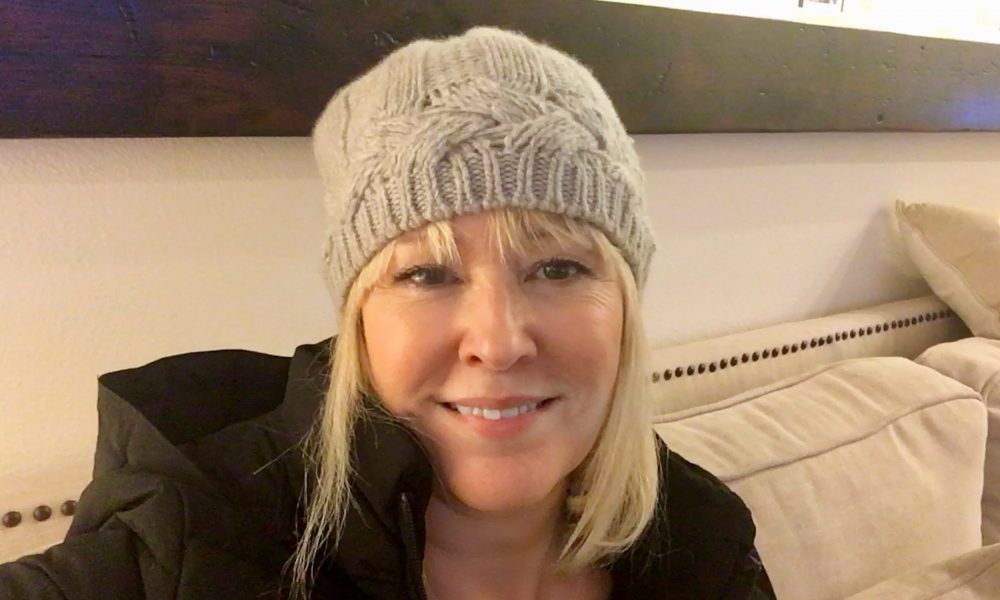 Today we’d like to introduce you to Kerry David.

So, before we jump into specific questions about the business, why don’t you give us some details about you and your story.
Hmm, about me. OK, well I originally left my home in England for what was supposed to be a two-week backpacking trip to France, but ended up becoming several years roaming throughout Europe, New Zealand, and Australia. I only came to the US to renew my visa as had every intention of heading right back to Oz to continue exploring with my best friend, Susan. However, shortly after I arrived I got an offer I couldn’t refuse: to join an all-girl band and spend the next chapter of my life singing, touring, and writing songs. After that wild adventure, I joined the cast of a four-person rock play written by Rex Weiner and produced by Adam Ant and John Densmore – and decided to make LA my home.

I’ve spent the majority of my time in Los Angeles as a filmmaker, which is my passion. Previously I focused on producing and writing but last year I turned my hand to directing my first feature documentary; “Bill Coors: The Will to Live.” It was an extraordinary project in so many ways, as it felt very “fated” to come into my life when it did. We recently won an Impact Award for “Excellence in Documentary Filmmaking” which was the icing on the cake as we only just started our festival circuit, heading to Vail and Palm Springs in early April!

Tomorrow I am heading out to Africa filming in four countries over the next month on my next directing project; “Breaking Their Silence: Women on the Frontline of the Poaching War. It’s a subject I’m extremely passionate about; strong women standing up for what they believe in and making a huge impact, and what an amazing time in history to be shedding light on this story!

I’ve always loved animals, so I feel a kinship with these courageous women, although I’m not facing danger every moment of every waking hour in defense of them.

I was informed of how dire the poaching crisis was after attending a “Save An Elephant” charity fundraiser, downtown LA. I grew up on a farm, where animals were in many ways not just my pets but my friends, so being an animal advocate is second nature to me. During the presentation, I was shocked to discover its catastrophic effect on Africa’s wildlife population. One hundred elephants are killed by poachers every day, a rhino is killed every 5-6 hours, and lions, cheetahs and leopards fare no better, all could be extinct by 2024. I wanted to learn more about wildlife conservation efforts and how I could help.

After further exploration, I decided to start a non-profit to fund effective anti-poaching initiatives on the ground in Africa. Basically, we would exist to raise funds and give them to effective initiatives working to prevent extinction. We launched on March 27th, 2017 so we’re nearly a year old now and have raised and donated over $19,000.

It seemed to me that the non-profit world needed a paradigm shift to create more transparency for the donors, and cooperation between organizations. I found myself wondering, what if we connected a global community to create our own fund from nominal monthly subscriptions, then channeled this revenue stream to proven initiatives that protect the animals on the ground? You can check us out here: www.OverAndAboveAfrica.com.

The more I learned about human/animal conflict, the more complicated I understood the issue to be. Simply put, greed and poverty create limitless supply and demand, and both root problems must be addressed if we are to truly end the poaching epidemic.

It all comes back to community for me, so I started to formulate a plan that would draw from that energy to bridge the gap between the public and the causes that need their support. As a filmmaker, I knew I could utilize my background to create an informative, transparent, and visually compelling process through which donors could stay connected to their contributions. Out of this concept, Over and Above Africa was born.

Our concept is very simple. Members pay a five-dollar monthly subscription fee, and these funds are pooled to finance highly targeted and vetted anti-poaching programs that we know to be effective. We closely follow every initiative that receives our support, and our filmmakers, drone operators and photographers document the outcome. Then, we share these stories as “mini-docs” back to our members so that they can see and experience their impactful contributions. We call it “Affordable Philanthropy”.

Although Over and Above Africa is my first foray into wildlife preservation efforts, it’s actually not my first time launching a social business in Africa. In 2010, I accepted an offer to build an orphanage in Ghana, a task that took three years and the assistance of many talented staff in both Africa and the US to complete. It was a completely new path in my career after years spent in film production but I enthusiastically accepted anyway, confident that producing is producing, no matter the ultimate project.

I’d already had my share of successful ventures in the movie industry and was ready for a new challenge. I’d worked in the Business Affairs Department at Paramount Pictures, learning about the contract and negotiating side of filmmaking. I’d been Nicole Kidman’s executive assistant for three years and traveled the world with her and Tom Cruise while they filmed Eyes Wide Shut, Mission Impossible, The Blue Room, Practical Magic, and Without Limits, to name a few. I’d formed my own production company and started an online community for independent filmmakers to share what I’d learned from working in the industry without a film school education.

I was used to starting small and scaling, building support and momentum for my endeavors as I went along. The first newsletter for my online community went out to a grand total of 10 people, but when I sold it to the Vail Film Festival some ten years later, we had a membership of over 80,000 individuals across 103 countries.

All that goes to say: I knew a few things about coordinating events, managing projects, and building new organizations from the ground up. Happily, I was able to channel those skills into successfully creating the orphanage. Now, I’m stretching my abilities even further to create a unified worldwide online community that can protect the lives of Africa’s remaining animals. Who knows how far and wide it could scale and help other global initiatives?

If we’re able to achieve our mandate, then our accomplishment will be about more than just species conservation. To inspire the kind of action necessary to save Africa’s wildlife, education has to be a core part of the initiative. We aim to confront the juxtaposition of poverty and greed that is responsible for this man-made crisis. We want to encourage society to harness our communal power for the good of all creatures on the planet, and we’d love to fund more innovative solutions in Africa and around the world.

Seeing others shine and thrive is my payoff. It’s a wonderful feeling knowing you had a hand in someone else’s successful journey.

My philosophy in every situation is to find the win/win for everyone. With Over and Above Africa, I feel like we have a real opportunity to change the world for the better. I’m excited to be part of and engage with any group of people who share my optimism, and I can’t wait to see the kind of impact we can all make together.

Over and Above Africa is scalable to any global issue- from climate change to deforestation and clean water! Anything where media can tell a story about how funds are spent can use our model. Together we have the tools to empower the world for good.

To tie this up beautifully with the documentary I’m flying out to start filming tomorrow….. we just completed a fundraiser through Over and Above Africa for conservationist and ex-Delta 6 Ranger, Damien Mander and his amazing non-profit, IAPF. He used our funds combined with many other generous donor’s funds to create and train an all-female, fully armed, anti-poaching unit!

We’re always bombarded by how great it is to pursue your passion, etc – but we’ve spoken with enough people to know that it’s not always easy. Overall, would you say things have been easy for you?
Without doubt it has not been a smooth road, but I’ve never expected one and all the challenges along the way either make you stronger or prepare you for something momentous that’s coming!

Struggles along the way include hiring the wrong people or partnering up with the wrong people, being underfunded and forging ahead anyway (challenging for sure, but never the wrong choice!)

Wondering if I had the ability to do whatever it is I’m undertaking but doing it anyway knowing I’ll work harder than anyone until it’s done correctly if I do fall short.

I’ve always said that if you can lock in on what it is you want to accomplish, and you head out confidently in that direction with purpose…. the road always rises to meet you!

We’d love to hear more about your business.
I’m primarily a filmmaker so along with undertaking a membership drive and raising funds for Over and Above Africa, I am focusing on projects through my production company, KDC Films. Our motto is “impactful projects that inspire” in the main stream film world but allows us to create mini-docs from the footage we receive of our funds being spent in Africa for our members to enjoy. My skills are all interlinked from producing and writing to now, directing.

I don’t know what sets me apart from others. I’ve always believed in hard work, some people are always looking for the short cut and life hack, but I can honestly say that in my life putting in the long hours and hard work have really paid off for me.

What I’m most proud of with Over and Above Africa is that within 2 months of launching we were solvent! The company has almost run itself from the start. We don’t take salaries we are all volunteers who care deeply about the issues we raise. I might be most proud of this. As a company, I’m very proud of how whenever we make new and important connections in the anti-poaching space, we make a point of introducing them to each other. Too many non-profits are self-serving, defending their donors as though THAT relationship was more important than the issue you’ve been created to problem solve. We share our contacts and our donors with orgs we feel need to know them.

What were you like growing up?
Growing up I was very active, definitely an extrovert and crazy about horses. My whole life revolved around horse riding. Whether weekends at horse shows or just day long rides around the British countryside – rain or shine – nothing would keep us inside! It was heaven. I sometimes feel that children today are so engrossed in their smart phones and tablets and gaming consuls that they miss out on a tremendous amount of life experiences. We were out problem solving whatever presented itself that day and working together as a unit to get through it. We didn’t have the internet or cell phones to call home, so we had to work it out – I loved being outside as a kid. 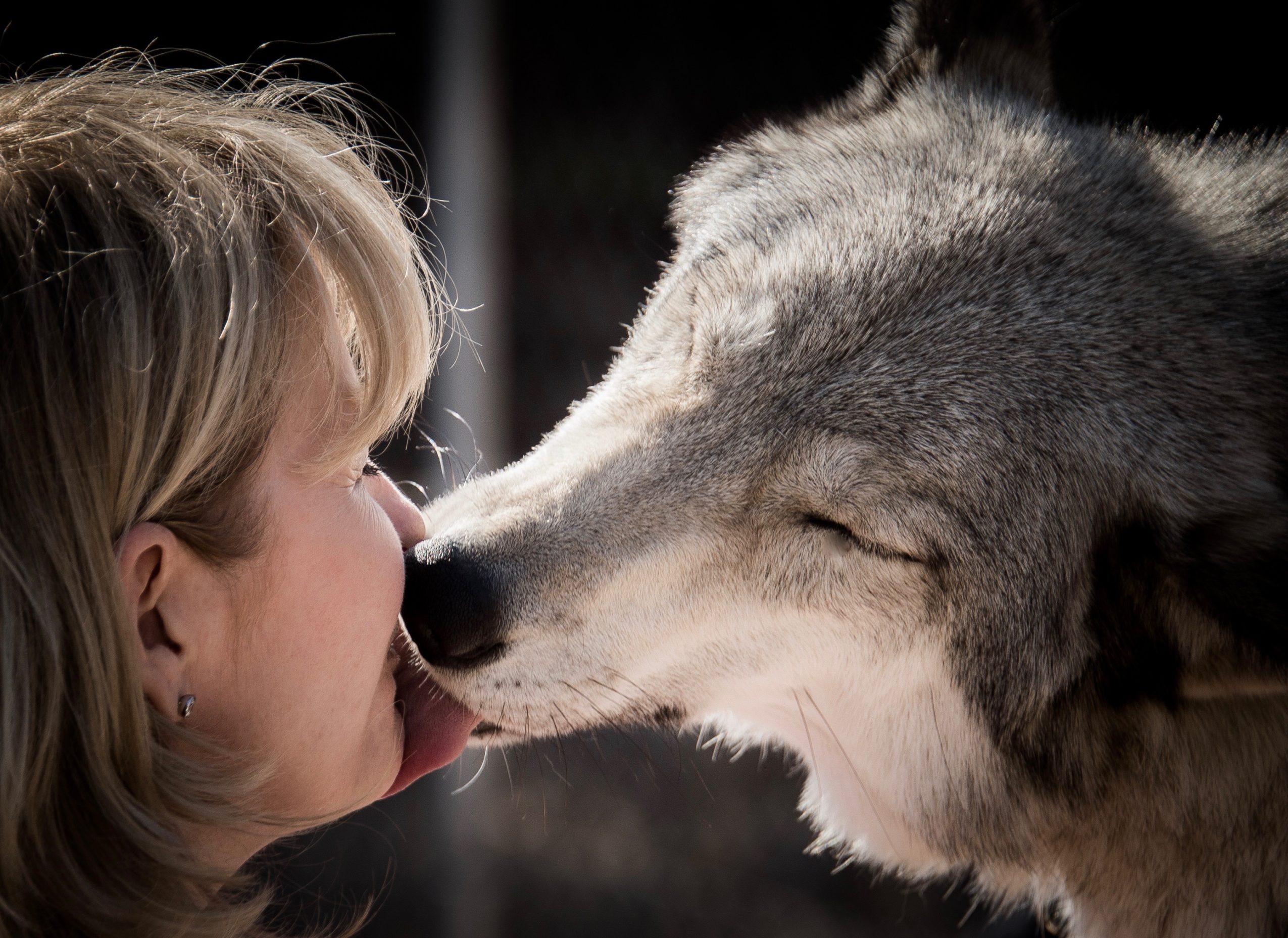 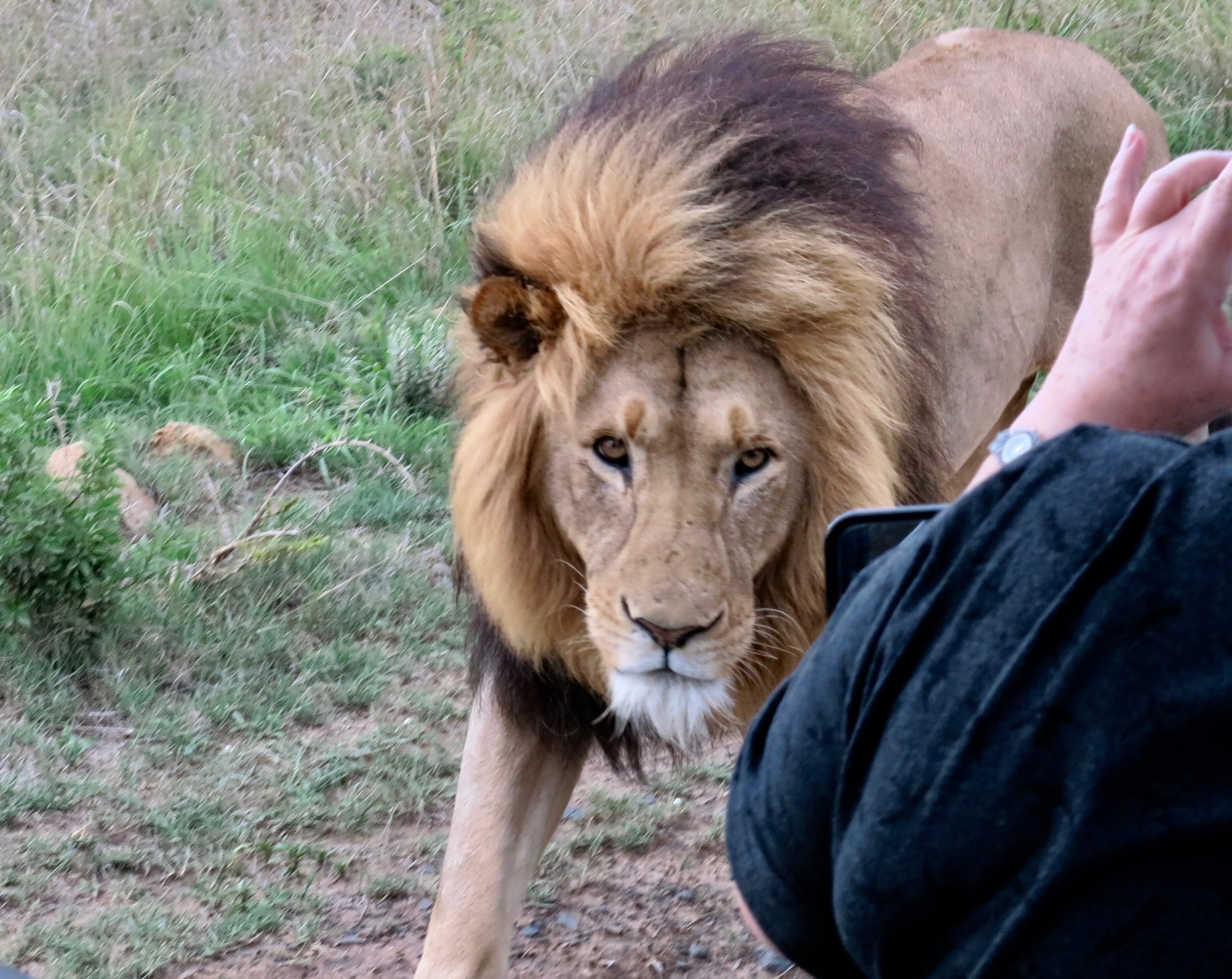 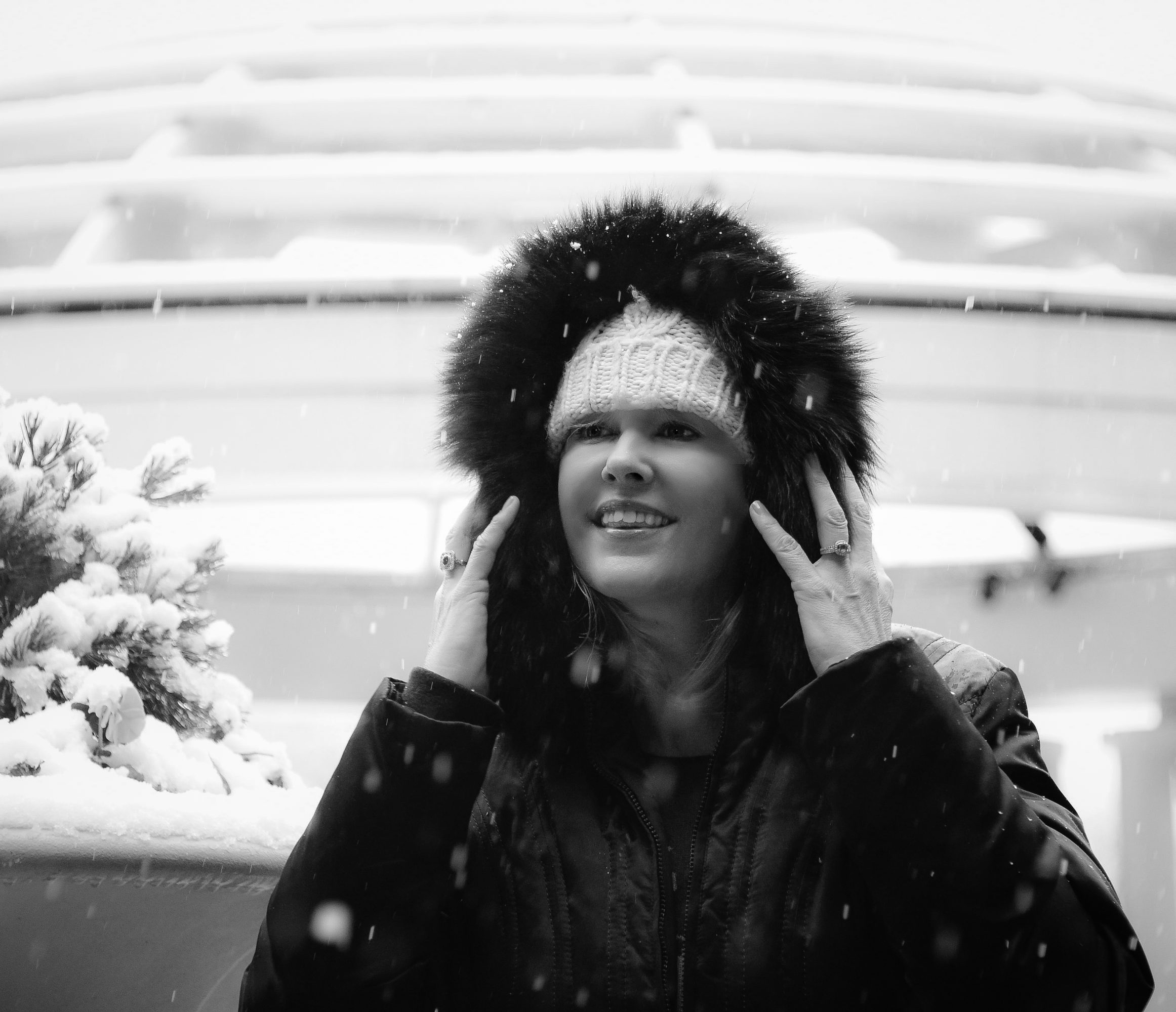 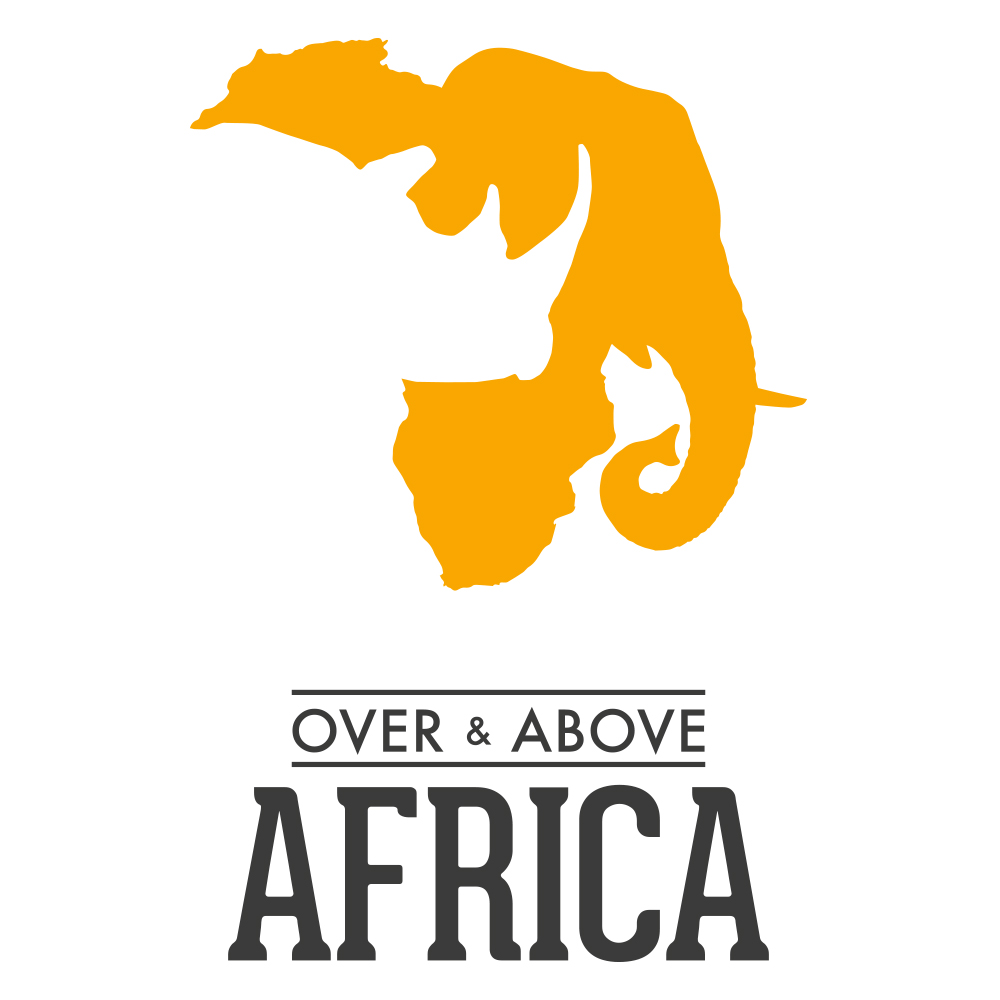