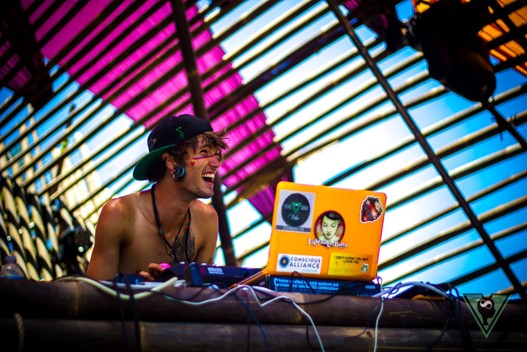 Today we’d like to introduce you to Kenny Galbraith.

Thanks for sharing your story with us Kenny. So, let’s start at the beginning and we can move on from there.
I am originally from Omaha, Nebraska. I am a multi-instrumentalist that produces heart healing music and spoken word poetry. It has been a both beautiful and painful journey to reach this point in life. I battled drug addiction, suicide, self-loathing, codependency, and crippling anxiety. I never thought I’d make it past the age of 21, but somehow here I am at 30 years old, grateful for being able to overcome my darkness and witness my wildest dreams coming true.

As far back as I can remember, I have always been curious about my place and purpose in this world. Why are we here? What is the point of all of this? Every time I questioned my parent’s Christian faith, I was scolded and told not to think like that and just believe. There has to be more depth to life than performing the same repetitive tasks from day to day.

By the time I was 18, skateboarding was my life. It was the great healer of my sadness, insecurities, anxiety, and confusion. “The more balance I find on my board”, I thought to myself, “the more balance I seem to find in the rest of my life.” I was well on my way to realizing my dream of becoming a sponsored skateboarder until one day, I had a terrible accident.

My friends and I were skating outside of a school nearby. I attempted to do a 360 flip down a set of five stairs, but landed wrong and felt a huge SNAP in my ankle. Within minutes it swelled up to the size of a grapefruit and was as purple as a plum. There was no doubt that it was a broken ankle.

The doctors said it would be eight months before I could skate again and prescribed me vicodin, which up until this point, I had never experienced any mood/mind altering substances. I started taking these in far greater dosages than were prescribed. Never before had I felt such peace of mind as when I was under the influence. I began trading them and experimenting with other substances.

I went from weed to alcohol to crushing up the vicodin and snorting them, which led me to doing cocaine. After a while, I found that my coke habit was becoming too expensive and I started doing speed because it was a cheaper alternative. It did not take long for me to become emotionally and spiritually bankrupt.

I began hating myself for all the terrible things I was doing but would continue to get high to forget about and numb myself from my feelings. Trapped in this vicious cycle, my heart and soul were continually being neglected and abused. I kept it up until I could take it no longer. Life is pain, I thought to myself. Suicidal thoughts and ideations became like fantasies to me. The thought of ending all of my suffering sounded so enticing that I eventually attempted it……and failed.

“I can’t even do that right”, I thought to myself. Completely broken and drowning, I had no idea what to do. My parents ended up sending me to a rehab in California, where I met one of the most influential people I’ve ever come across. This man allowed me to stay in his sober living home while I searched for a job to start a new life out here in California.

Here I learned that you can not run from your problems. While staying in the sober living home, I was introduced to heroin by one of the housemates that was secretly using. I began doing heroin every night, which turned in to an all-out bender. I was using everything I could get my hands on and ended up getting kicked out and was homeless.

It was too cold outside for me to sleep for more than a couple hours at a time. With no money to my name and nobody to talk to, I wandered the streets of Beach Boulevard, reflecting on how I got so low. I sat at a bus stop and smoked the end of a cigarette I picked up off the ground. While watching the sunrise, I noticed everybody beginning to start their day. Guys in BMW’s driving to work, couples going out for morning jogs, old ladies walking their dogs.

“How do all of these people seem to be so happy in life?”, I thought to myself.
“I am just as intelligent and capable as any of them, so how come they get to be happy and have things?”
“I have tried everything. I’ve tried to fill this void with just about everything I could find. Drugs, alcohol, women, money. All of these things were only temporary fixes to my problem.”

…And then I had a thought.

At that moment I decided to stop all negative self-talk and all self-destructive habits. I’ve tried literally everything else and have nothing to lose.

I did this for about a year and had no noticeable difference. One day, however, I was skating at the beach and watched the sunset. I laid down in the sand and was looking at the sky when I stretched my arms into the sky and noticed a tattoo I have on my arm.

It’s of one of my favorite bands, The Bouncing Souls. They have a lyric that says “I just want to be happy with the way things are. I just want to look up at the sky at night and appreciate the stars.”

I got this tattoo because it was how I define success. And in that moment, I realized that I WAS happy with the way things are. I WAS looking up at the sky and appreciating the stars.

Instantly, I realized that I had reprogrammed my mind. I went from a state of hating everything, to being able to find some joy in life.

My hope and thirst for life had been renewed and I began a practice of gratitude and self-love. As time went on, I noticed that all the people, places and situations in my life were shifting. Everything kept getting better and better. I ended up meeting some amazing friends, joined a band who later went on x factor and toured around the world, entered a contest and got to tour around the US performing my own solo music.

Everything that I’ve ever wanted in life inevitably came true, and none of it would have happened if I didn’t go through my own darkness.

I want to use my life as a message and testimony to others. The darkness that we face is actually the greatest gift we could receive. It carves out space for us to hold so much joy and beauty. It gives way to immense amounts of growth and emotional/spiritual maturity. Yes, it hurts, far beyond anything I’ve ever experienced. But yes, it is so worth it to hang tight through the night and watch the sun rise again. <3

Has it been a smooth road?
Life is the toughest thing I’ve ever had to do. Especially when you are a sensitive soul that feels everything so deeply, even the simplest of tasks can become a nightmare when your heart has been wounded.

Currently, my greatest challenge is learning to sit through my emotions and pain instead of burying them and running away. I have been learning to heal my heart through music and poetry and to share that medicine with the rest of the world.

So let’s switch gears a bit and go into the GKEN story. Tell us more about your work and what you hope others will take away from it.
I create heart healing music. When writing songs, I write them to help me feel the feelings (love, support, nourishment, etc.) that I desire to feel in that moment. If I’m wanting a hug or wanting to be told I am loved, I’ll write a song that creates that feeling within me.

I am best known for the beautiful melodies and warm, uplifting sounds that are channeled through me. As a Musician, I am most proud of the fact that I am 100% vulnerable and authentic. I do not try to hide behind similes and metaphors. I embrace the fact that I am an emotional man and want to bring light to the importance of healing our own shadows.

How do you think the industry will change over the next decade?
I feel like more and more, people are wanting music and art that is true and speaks to their soul. As long as humanity exists, it’s desire to grow, heal, and evolve will also exist. I think more and more people will want music that nourishes them instead of listening to shallow mainstream style music that lacks depth. 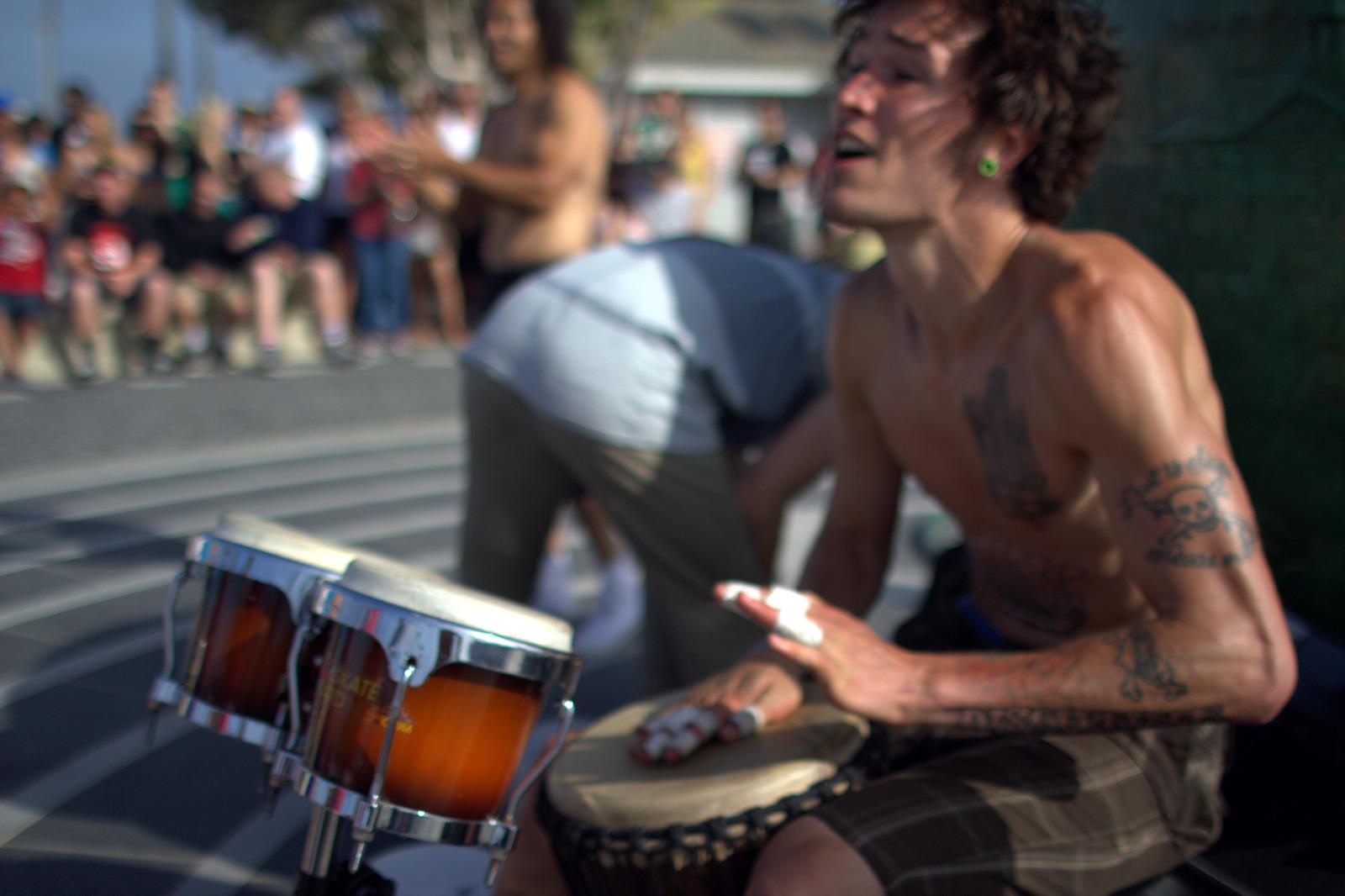 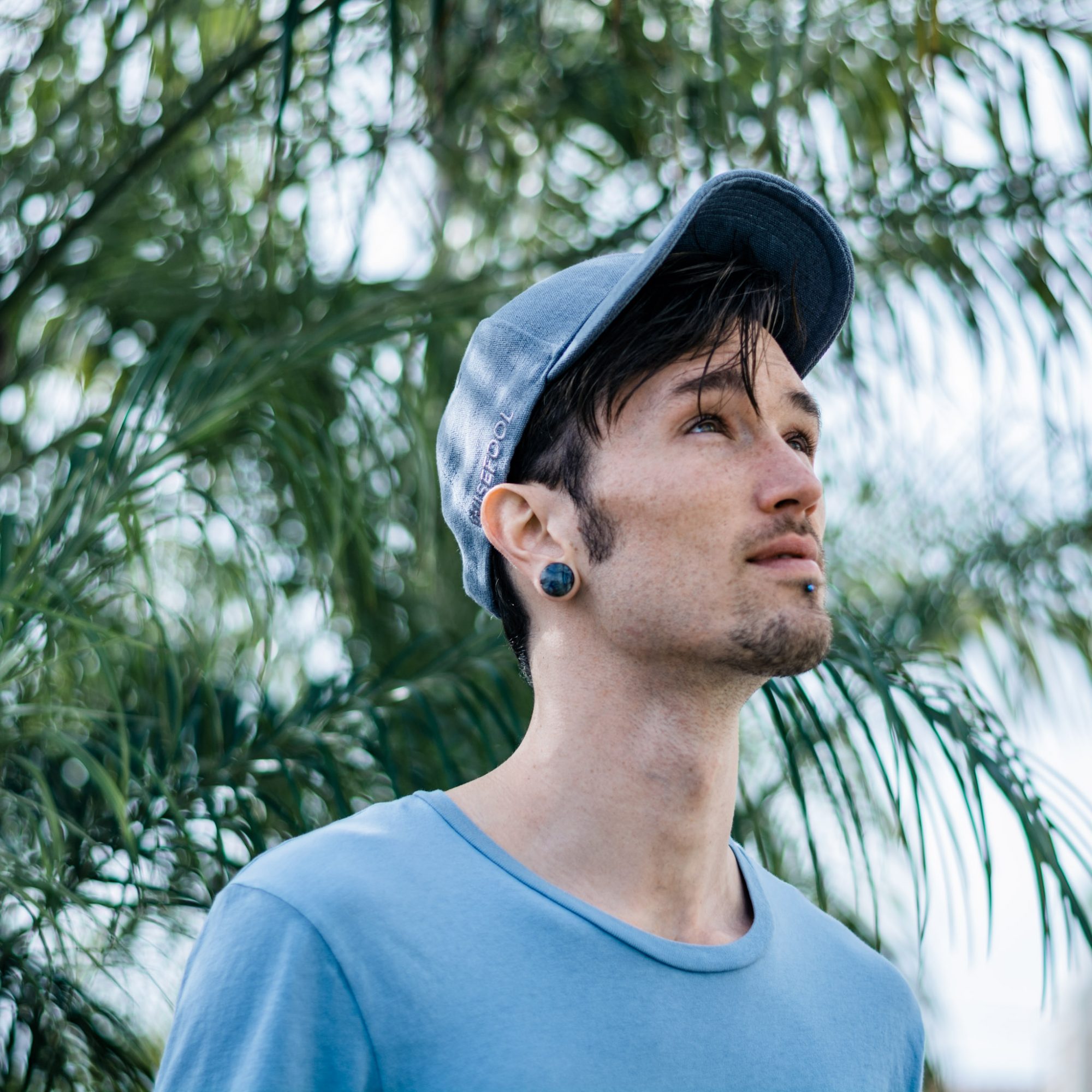 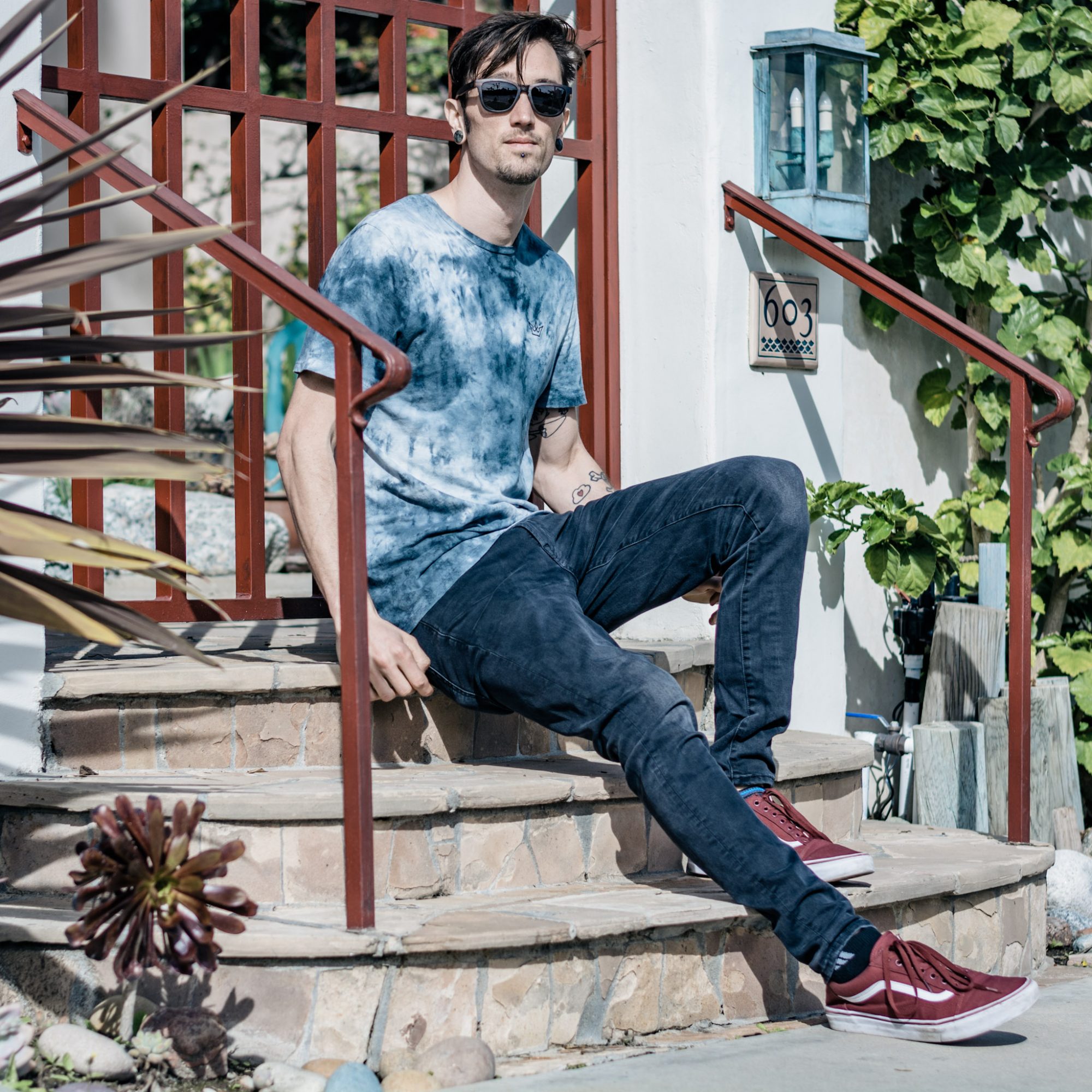 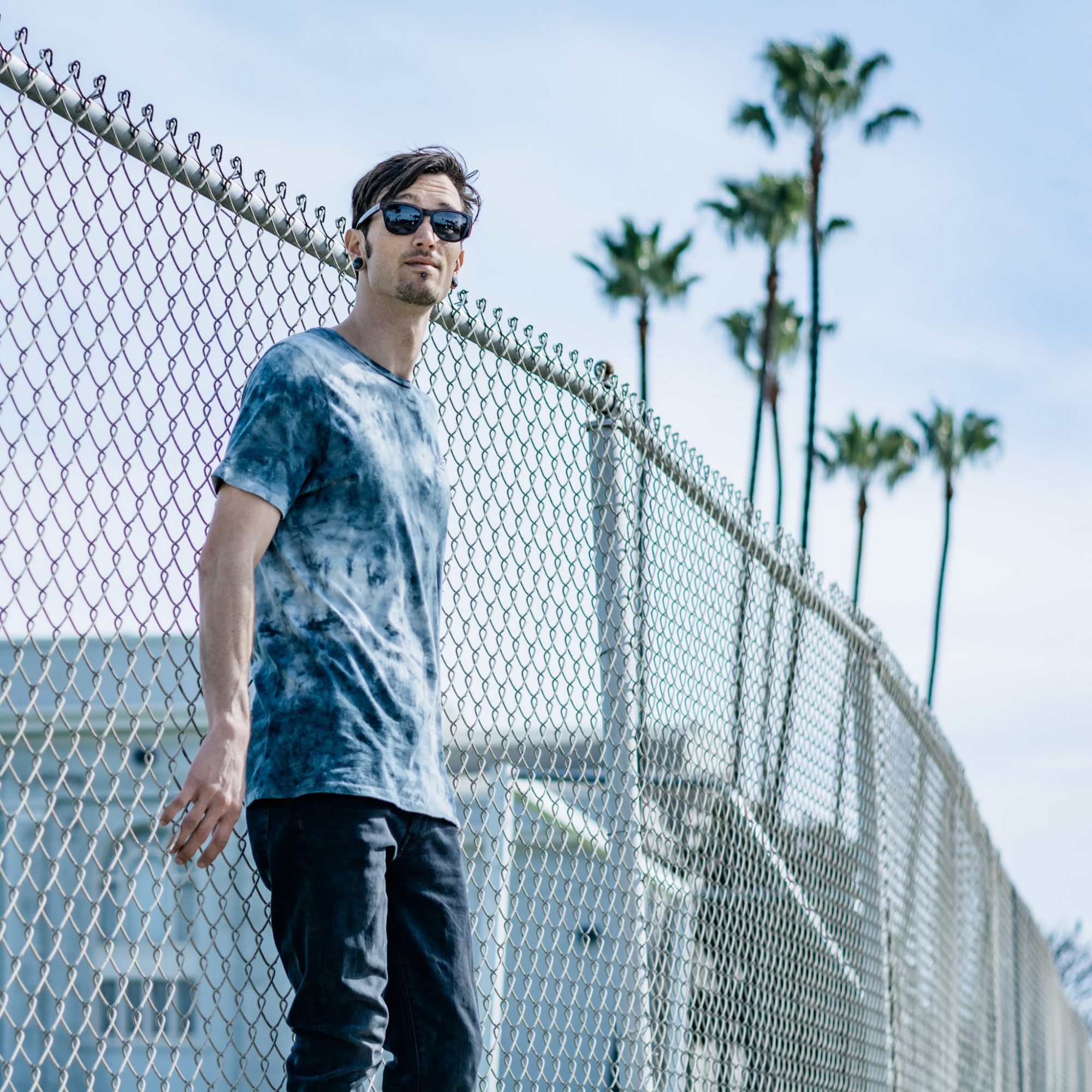 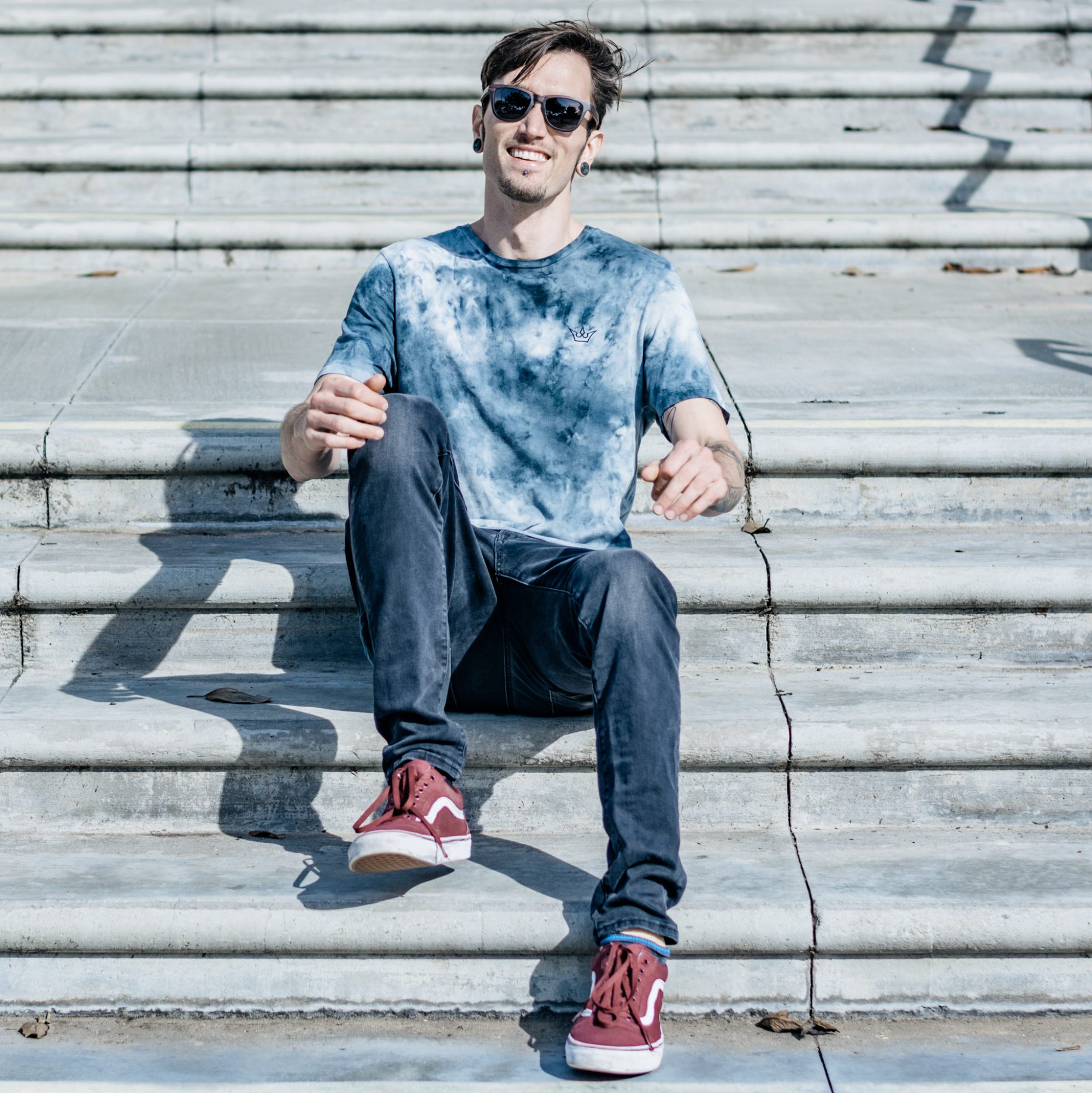